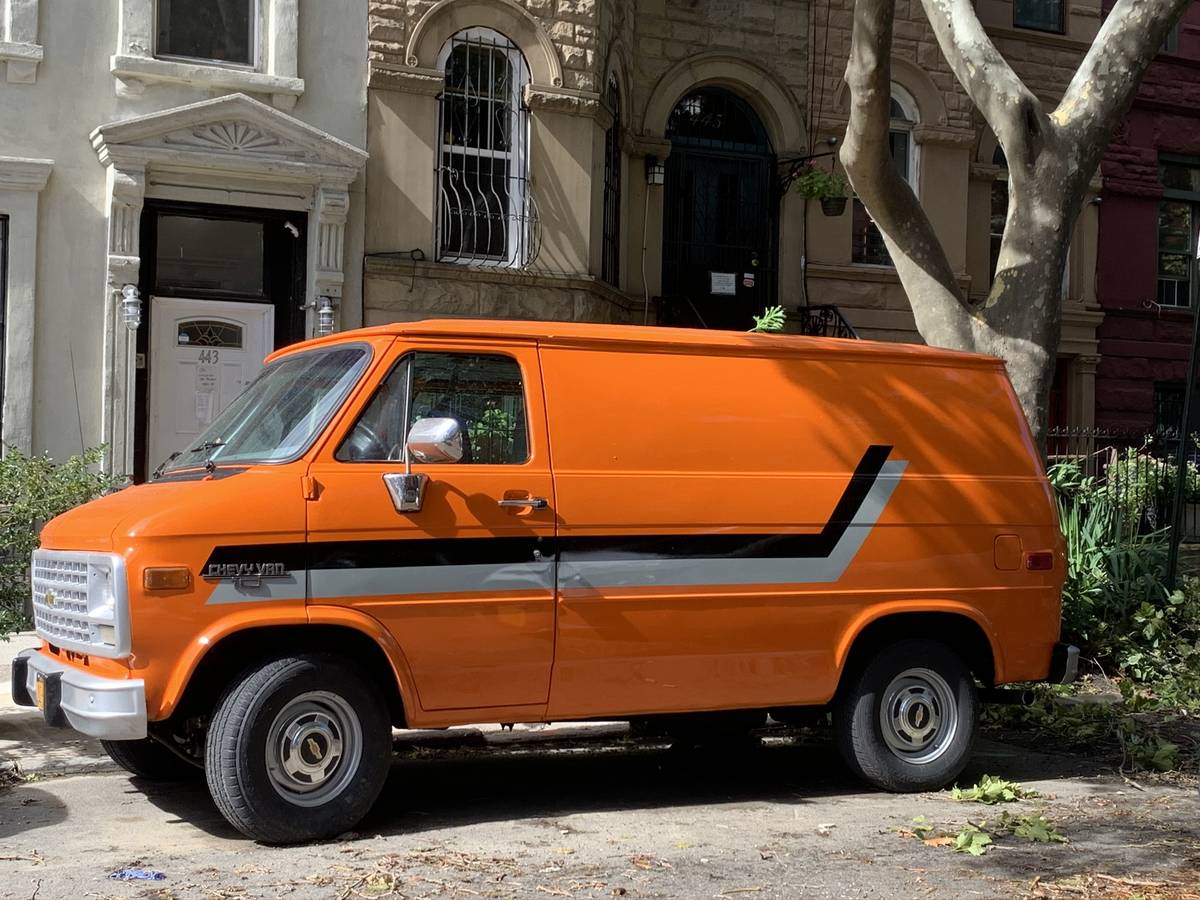 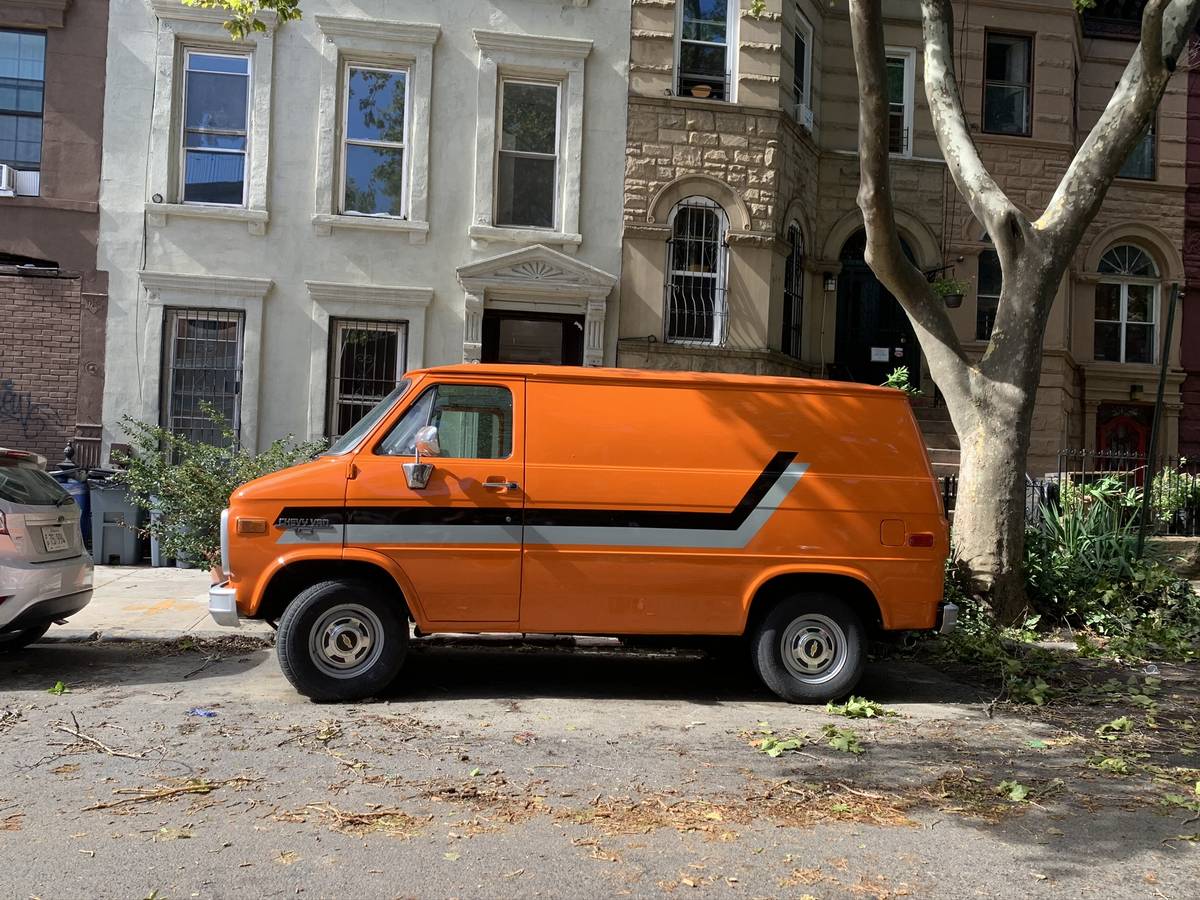 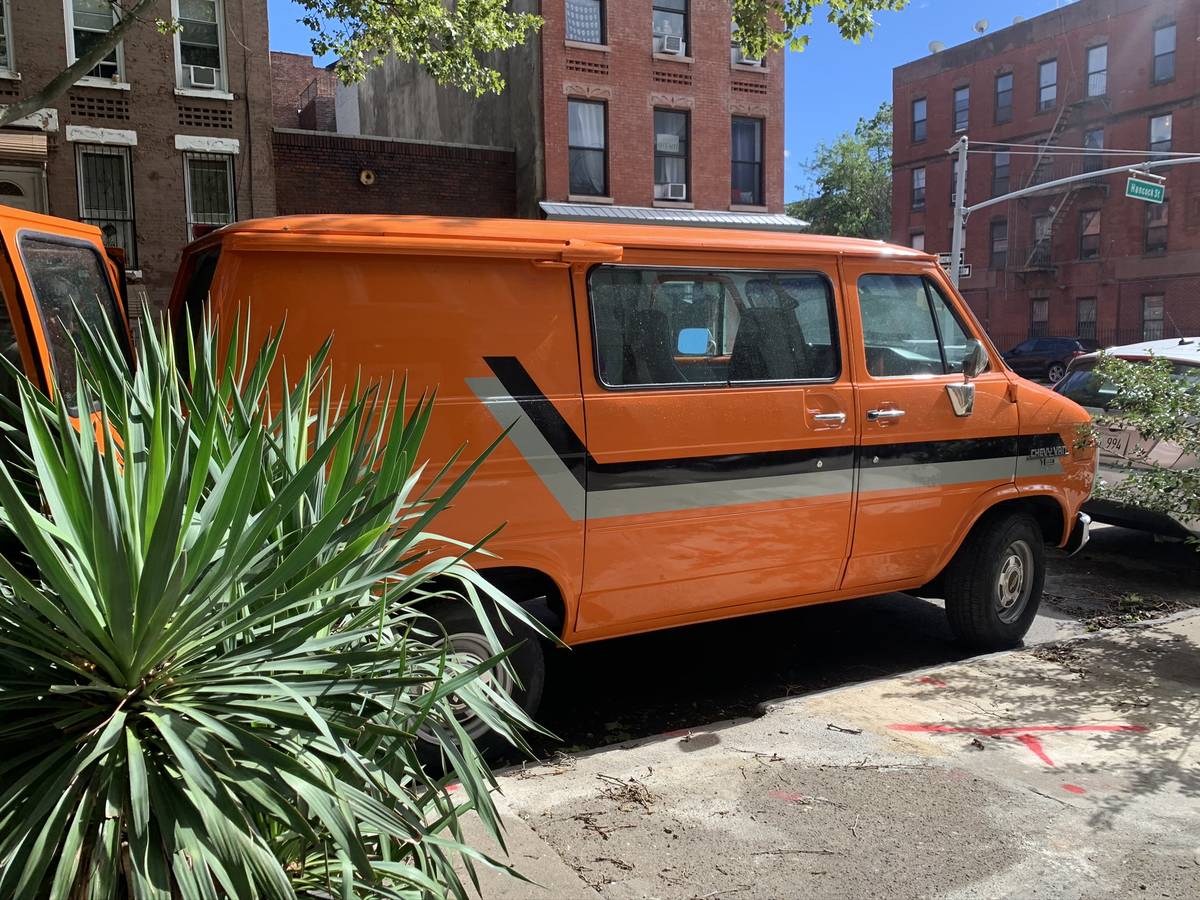 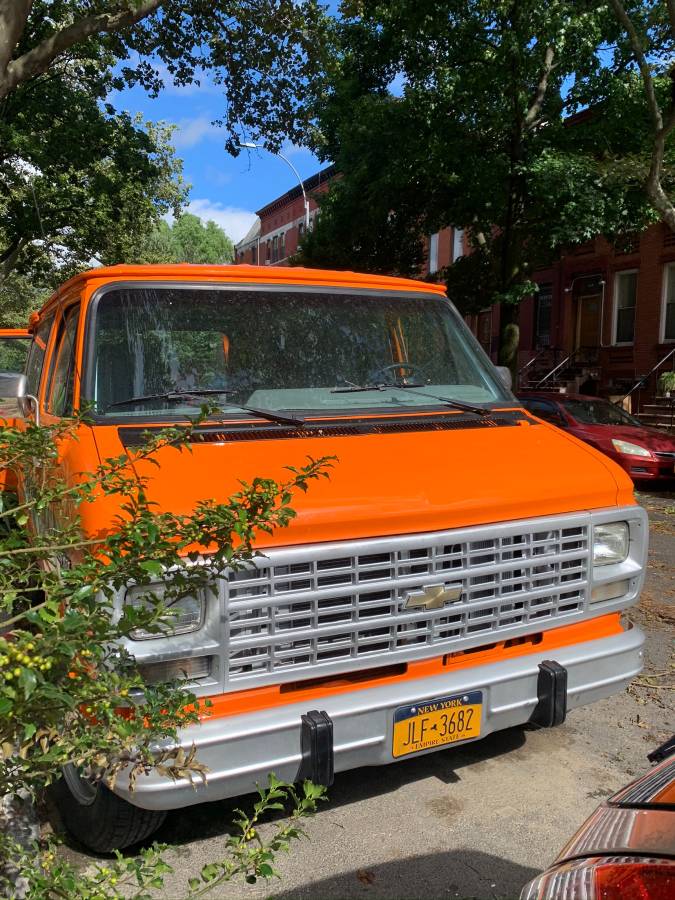 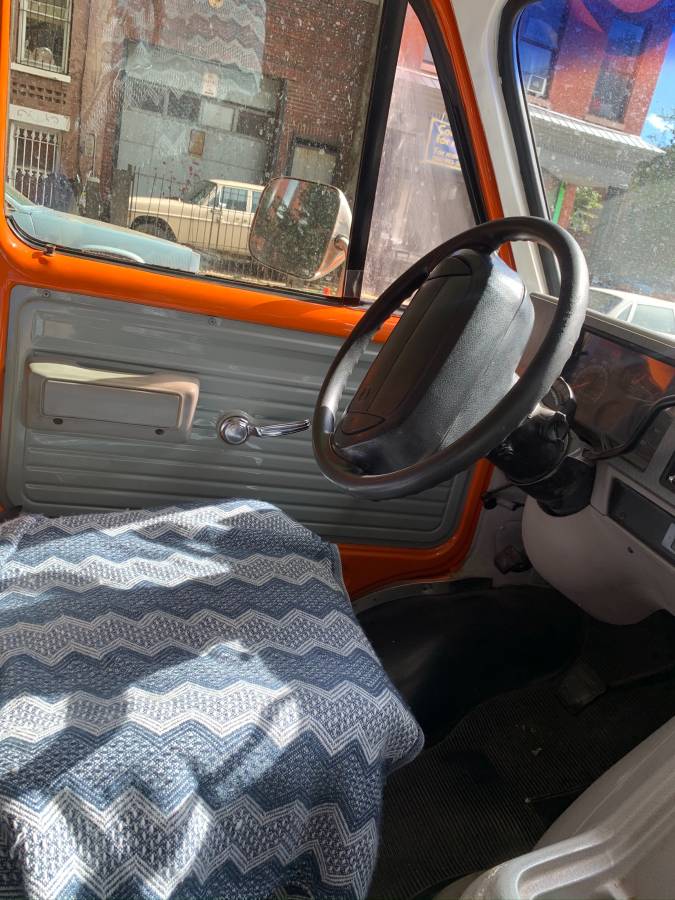 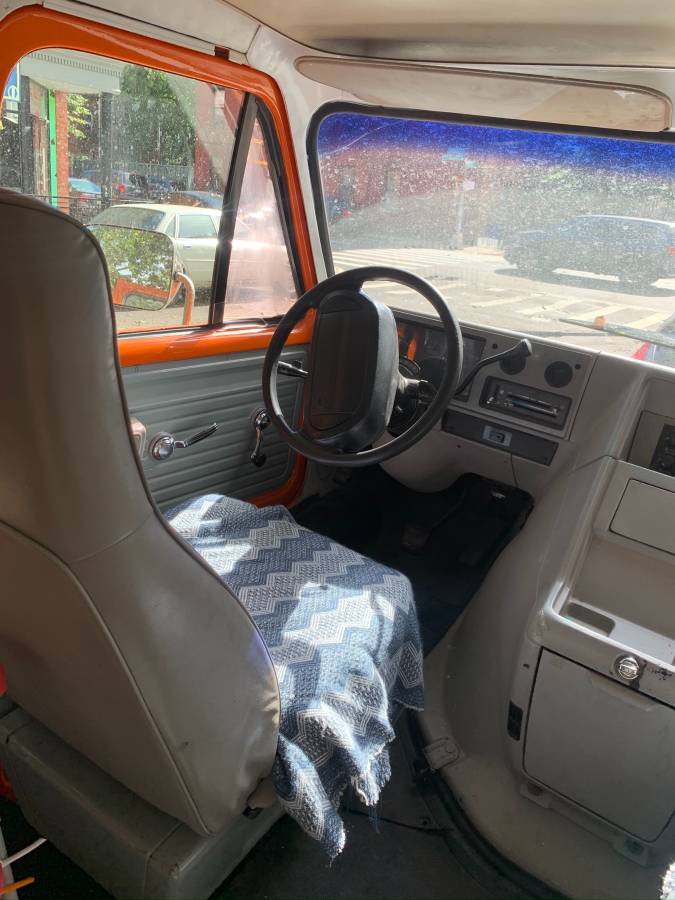 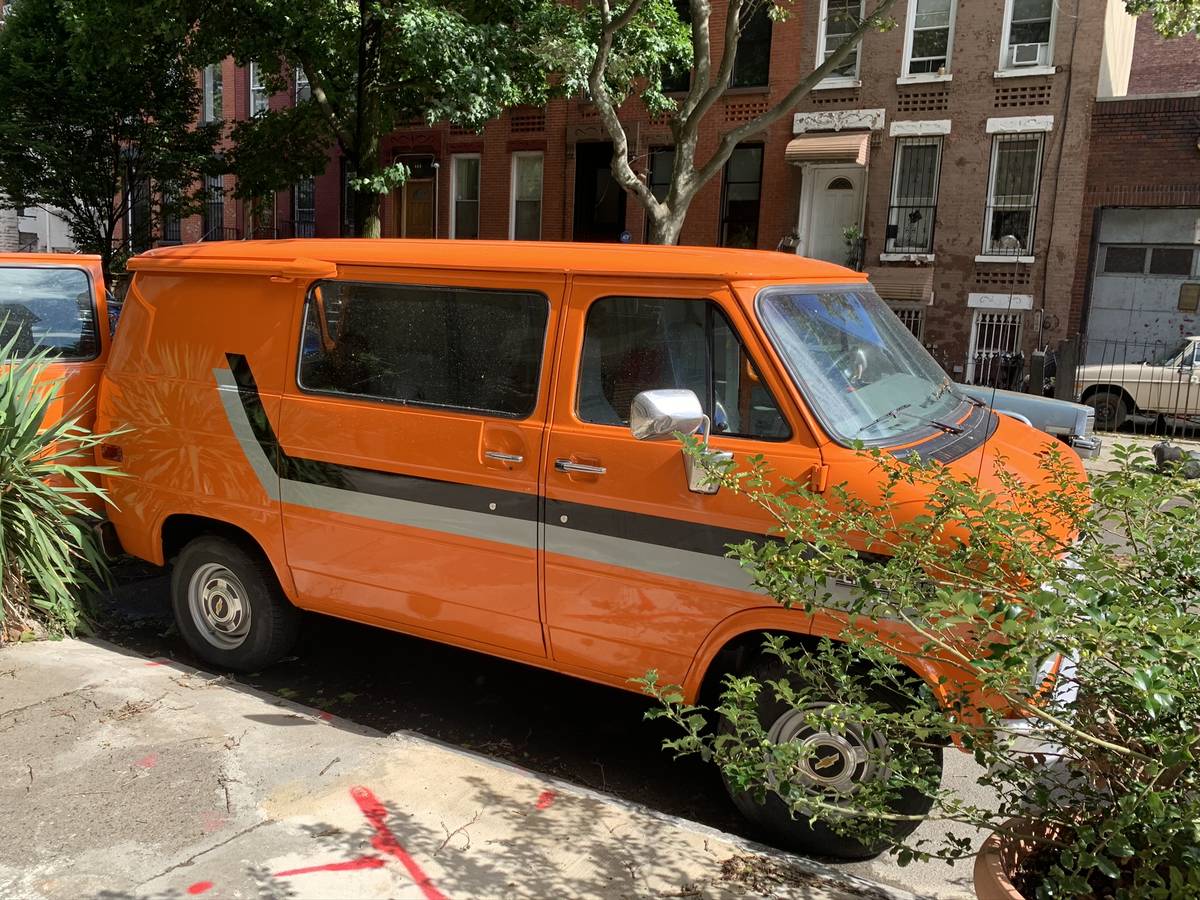 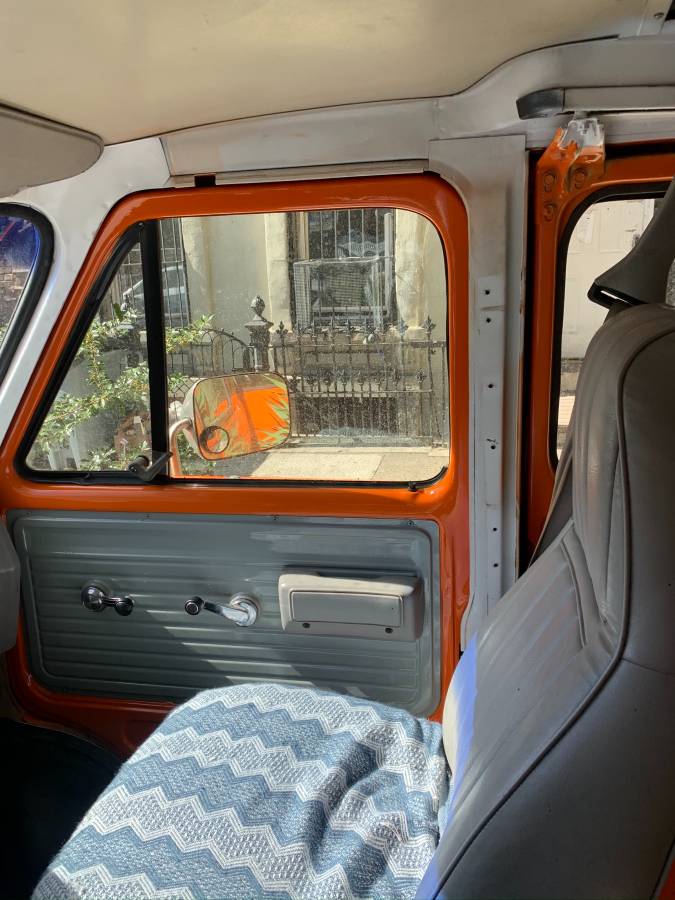 November 23rd Update – We called it:  Nice Chevy G10 “Shorty” vans don’t come up for sale very often and when they do, they usually get scooped up quickly.  That’s apparently what happened here as the seller just deleted their listing, so we’re now able to call this one “Sold!”

A big surprise for us since starting this website is the vans that turn out to be popular among our readers.  Starting out, we assumed bigger would be better, however, every time we feature a G10 “Shorty” version of Chevrolet’s third-generation van, the crowd goes wild.  This orange-painted, 305 cubic inch V8 equipped example first listed in November 2020 on Craigslist in Brooklyn, New York with an asking price of $13,500 is the latest example certain to generate buzz.  Especially when that asking price is three times the high end of the NADA Guides Classic Car Online Valuation Tool current “Low”, “Average”, and “High” retail value range of $1,775, $3,300, $4,425, respectively.

Chevrolet launched its third-generation G-Series vans for the 1971 model year.  Fast forward 21 years and the G-series underwent a minor exterior update for the 1992 model year that brought the vans in line with the R/V pickup trucks (the final Rounded-Line trucks). In line with previous versions, two headlights remained standard (on cargo vans and lower-trim passenger vans) with four headlights as an option (on higher-trim passenger vans).

Several safety features were phased in during the production of the final model update. In 1993, engineers introduced a brake-shift interlock (requiring the brake pedal to be depressed to shift from Park). For 1994, a driver’s side airbag was added to all vehicles under  8,500 pounds GVWR that coincided with the introduction of an updated instrument panel.  Sales of the G10 “Shorty” started to decline in 1995 when Chevrolet’s new Astro not-so-mini Van cannibalized buyers.

This 1971 Chevy Van commercial posted on the Osborn Tramaine YouTube Channel not only shows how innovative the sliding side door was at the time, but it illustrates how little this third-generation cargo van 25 years later:

With what appears to be an exterior in great shape that likely benefits from a repaint at some point combined with the second owner’s comments that there is “nothing wrong with it”, the only thing you might address immediately is the seat cushions. Specifically, what are the blankets shown in the pictures hiding?  Otherwise, you have the luxury of driving as-is or starting the modifications you plan to make this Van your own.  Good luck with the purchase!

“Selling my 1995 Chevy G 10 5.0lL V8
Second owner, Clean title. Running great.
Nothing wrong with it, paperwork of all the work done.“

Drive as-is or customize: what would be your plan with this Shorty Van?  Comment below and let us know!