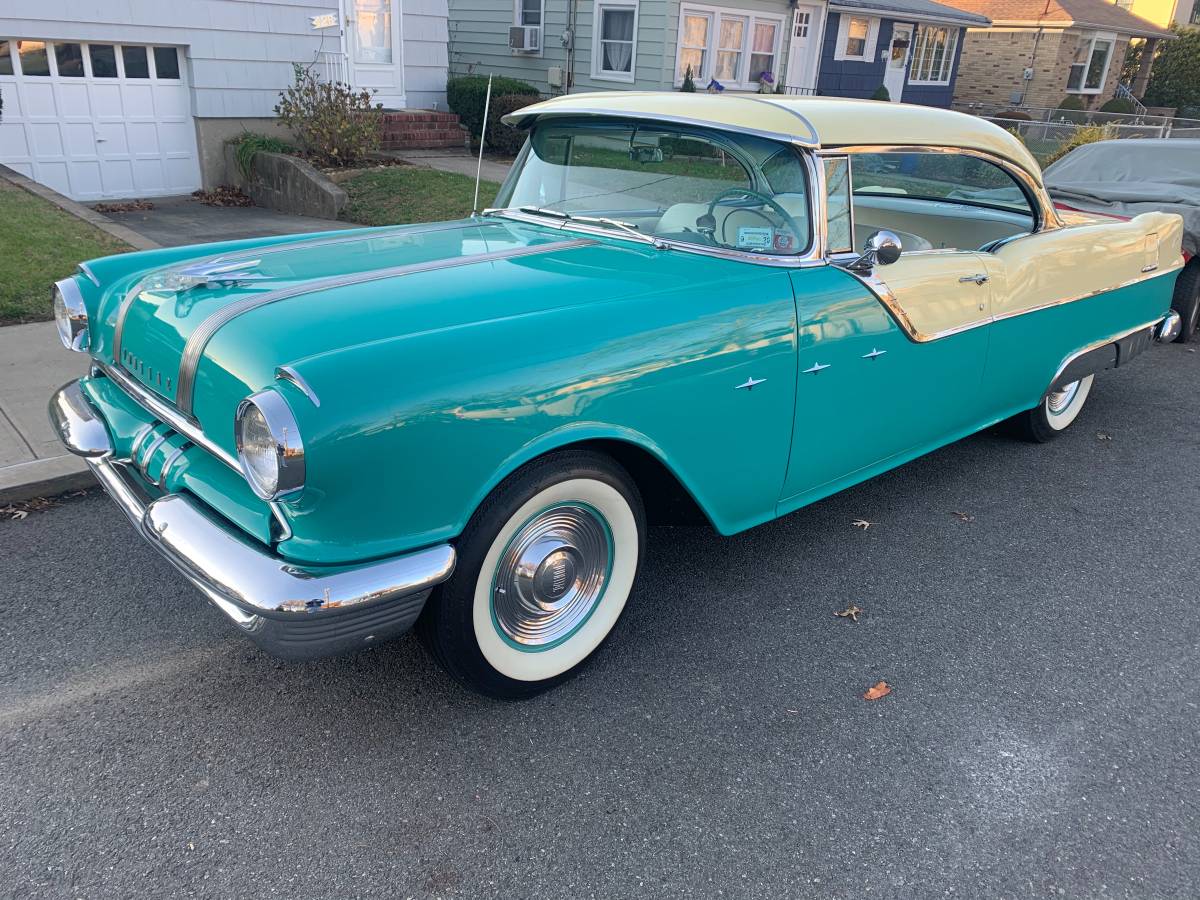 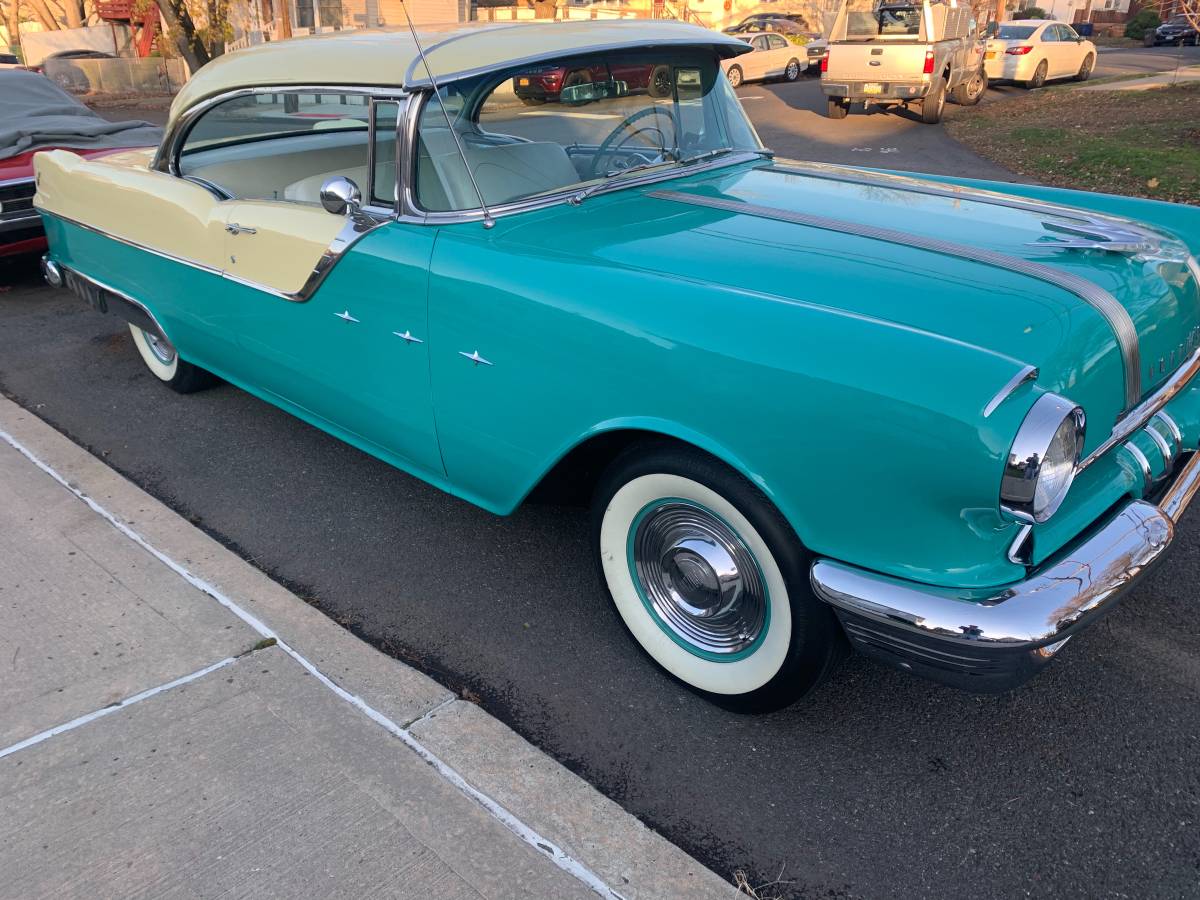 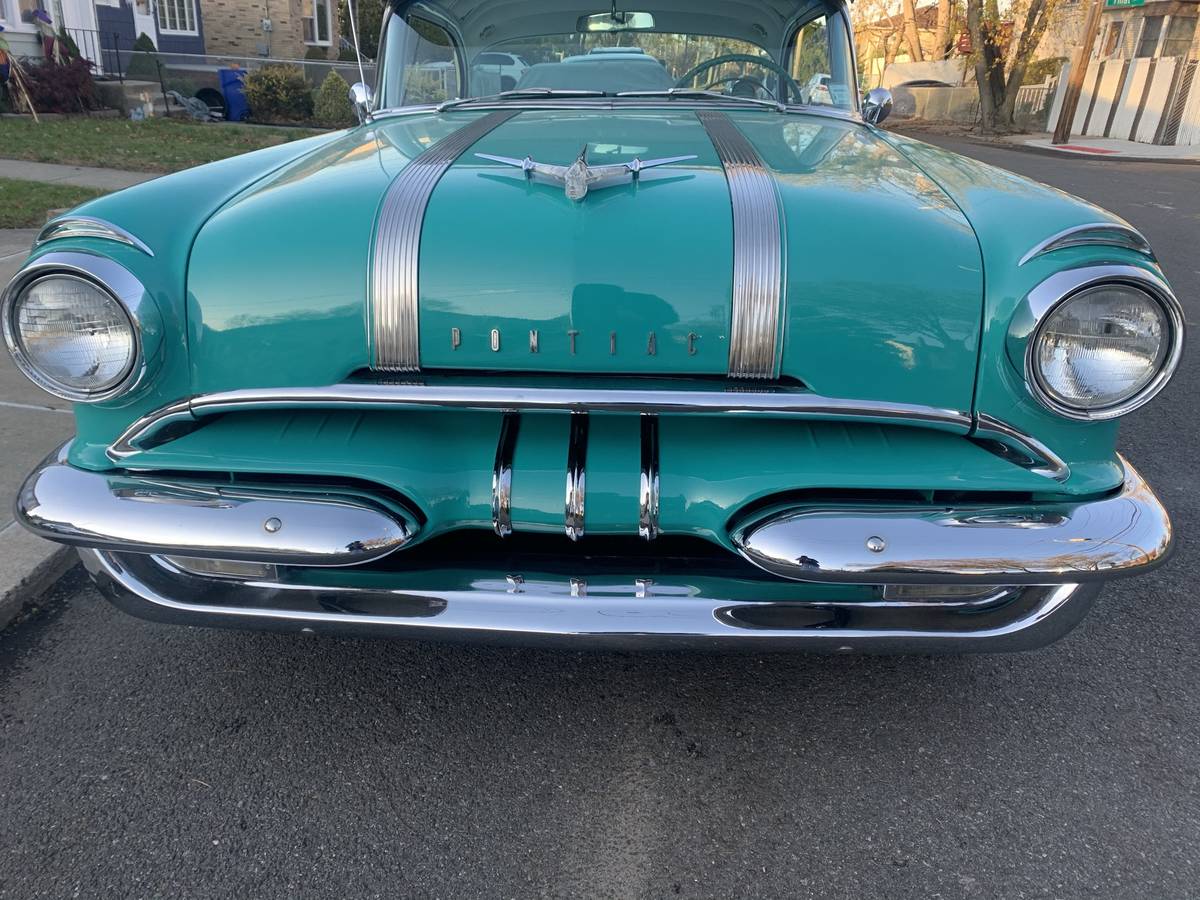 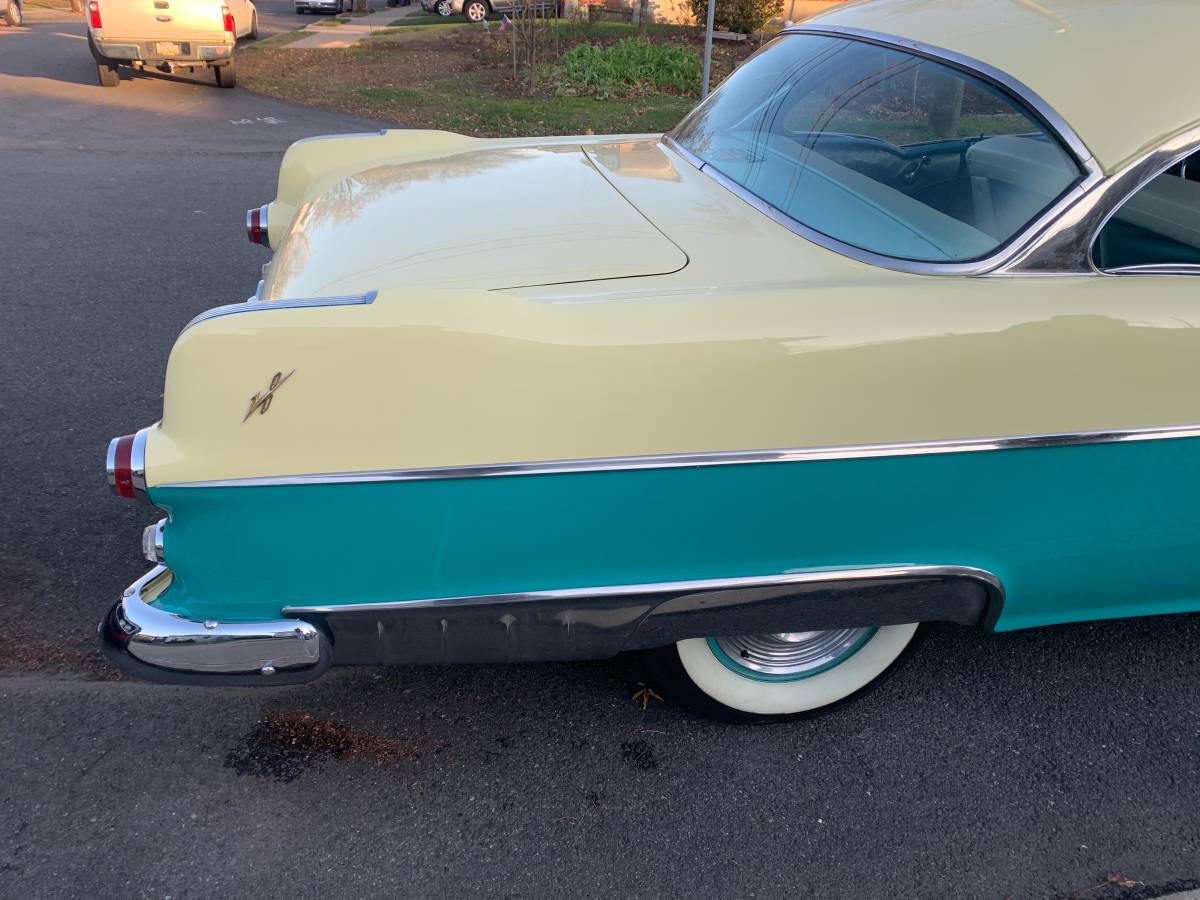 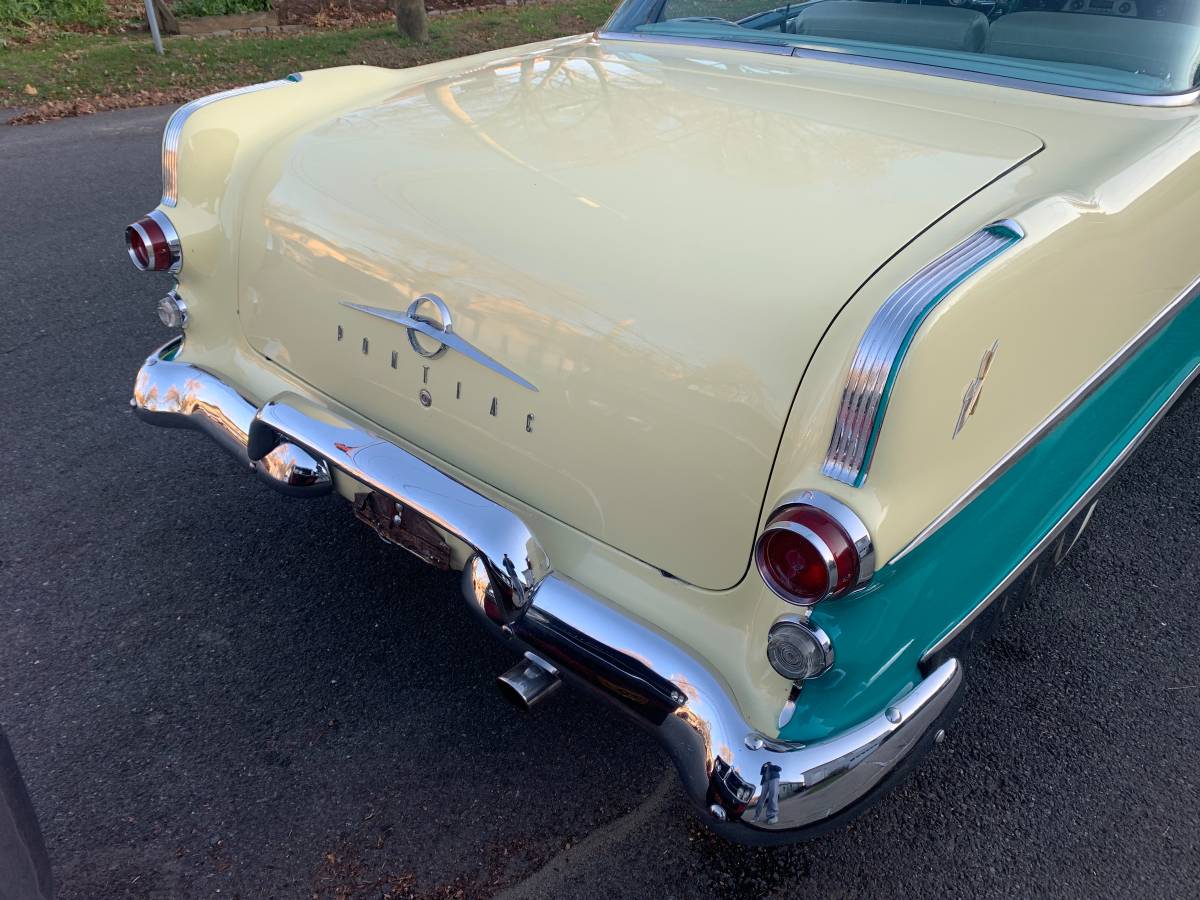 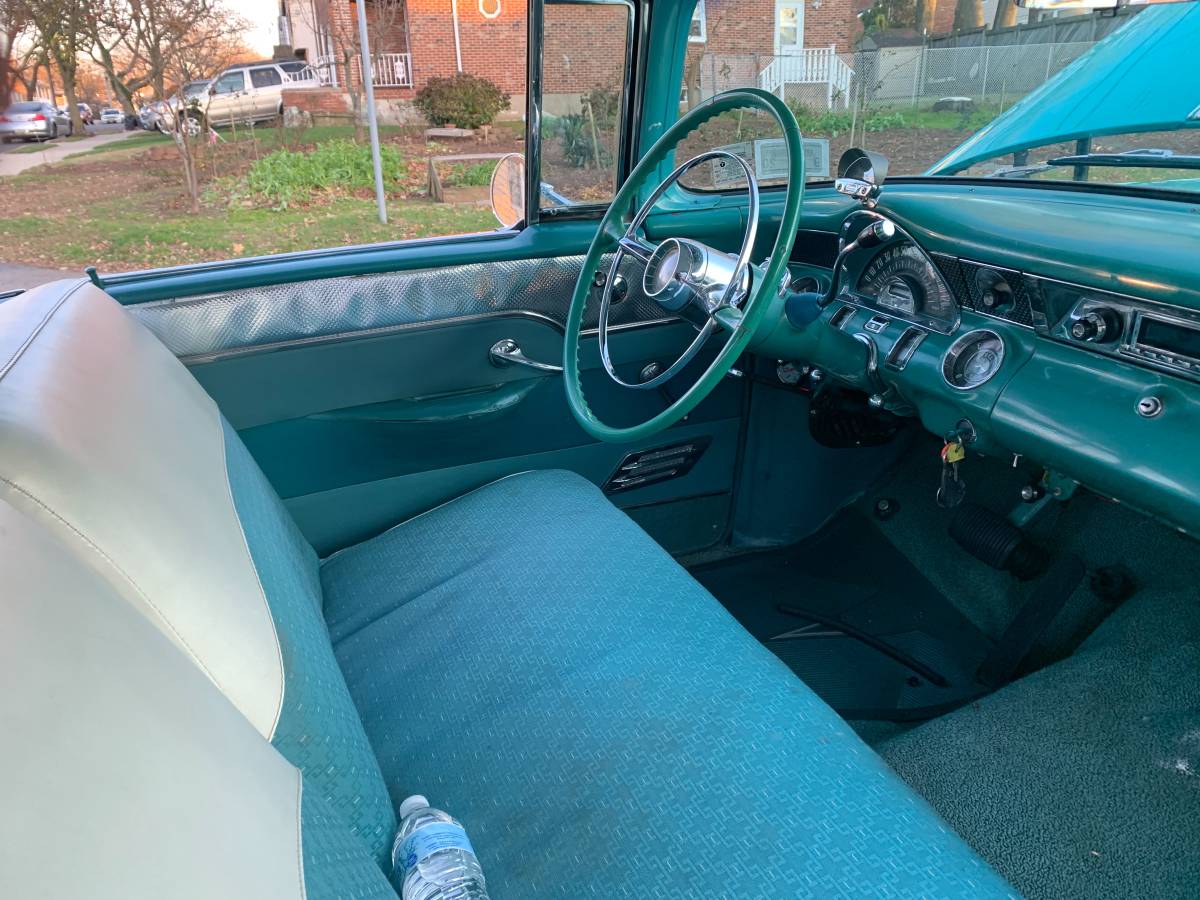 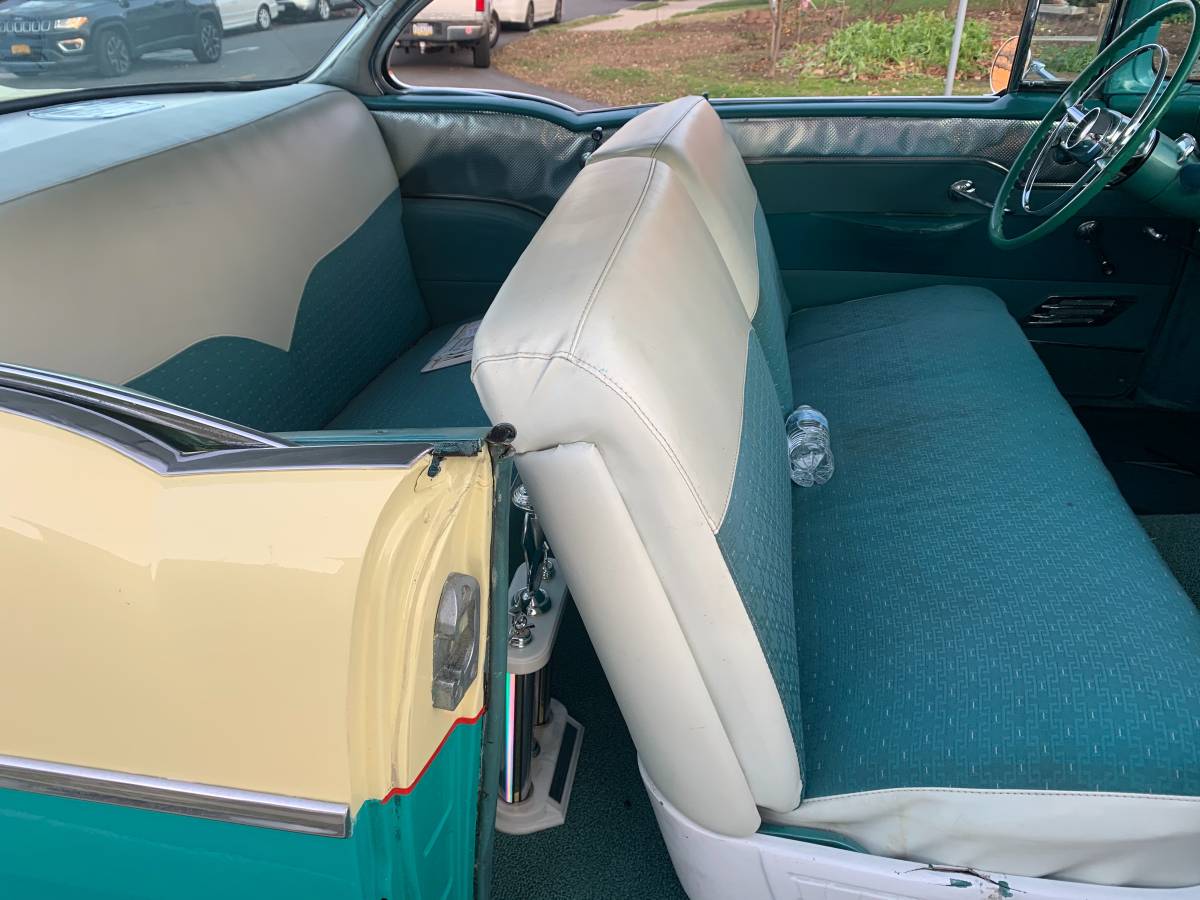 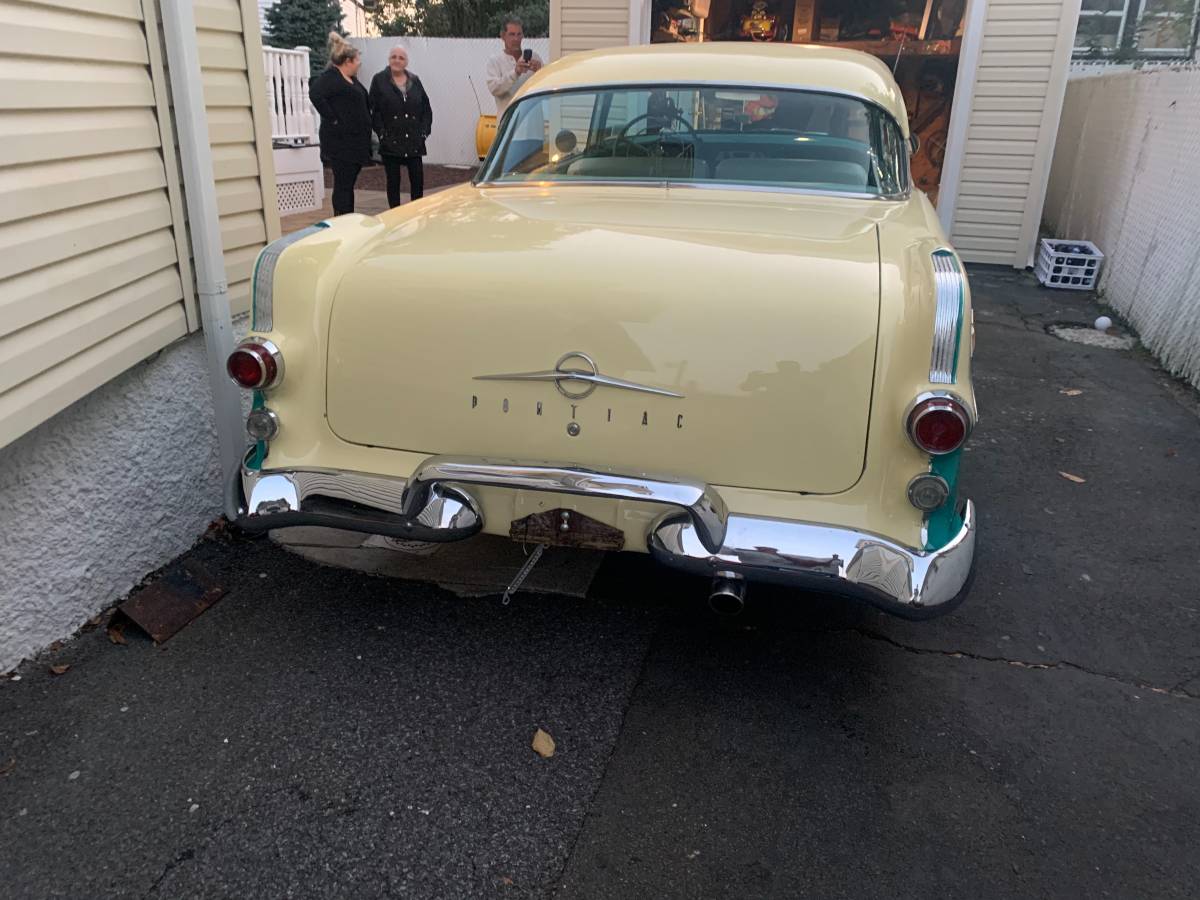 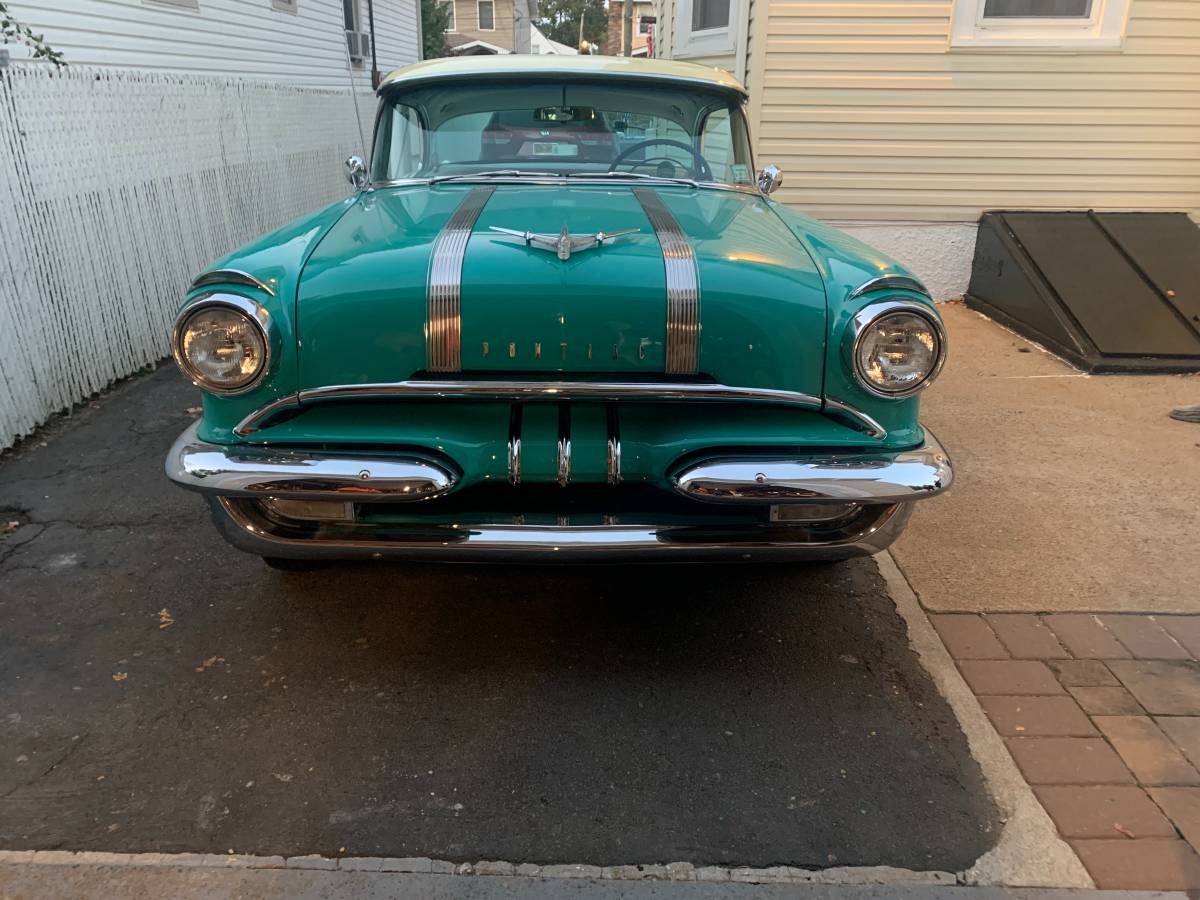 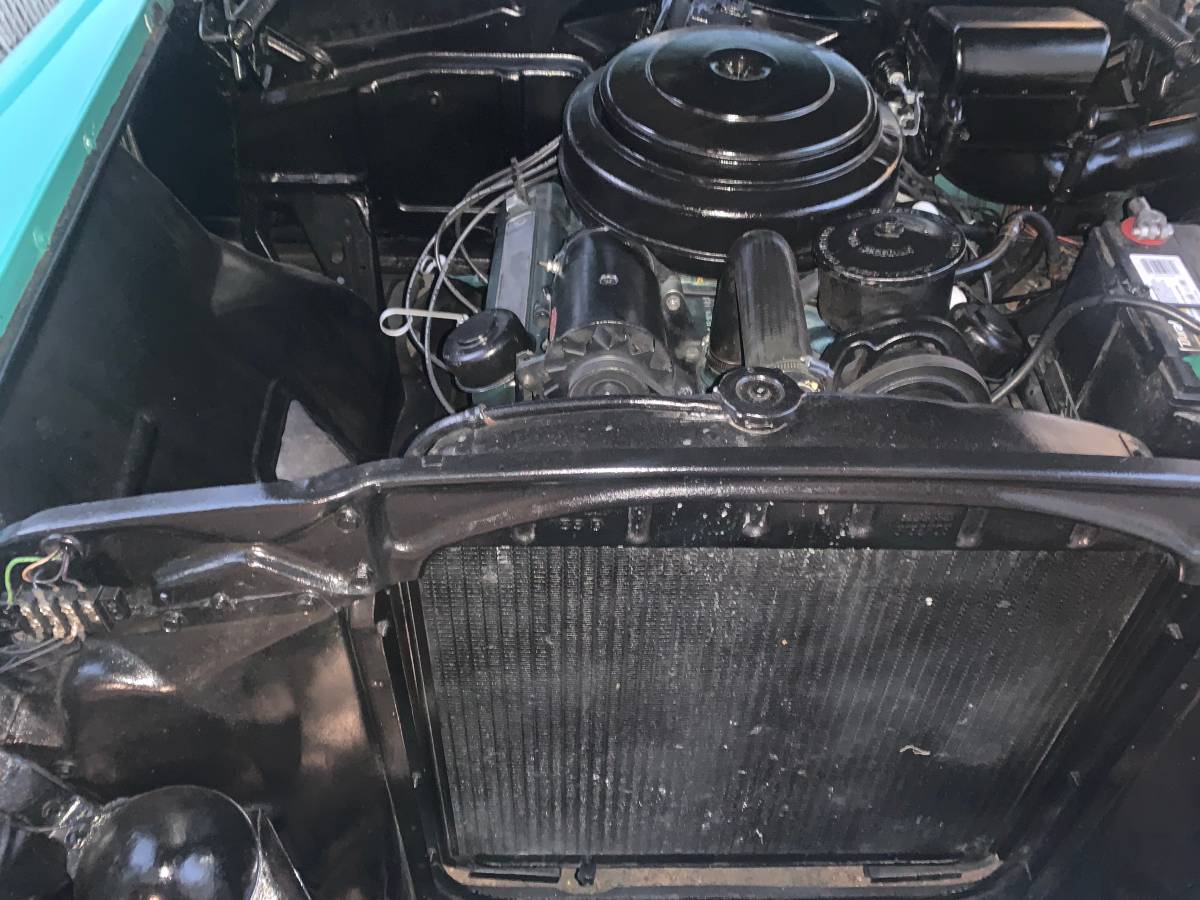 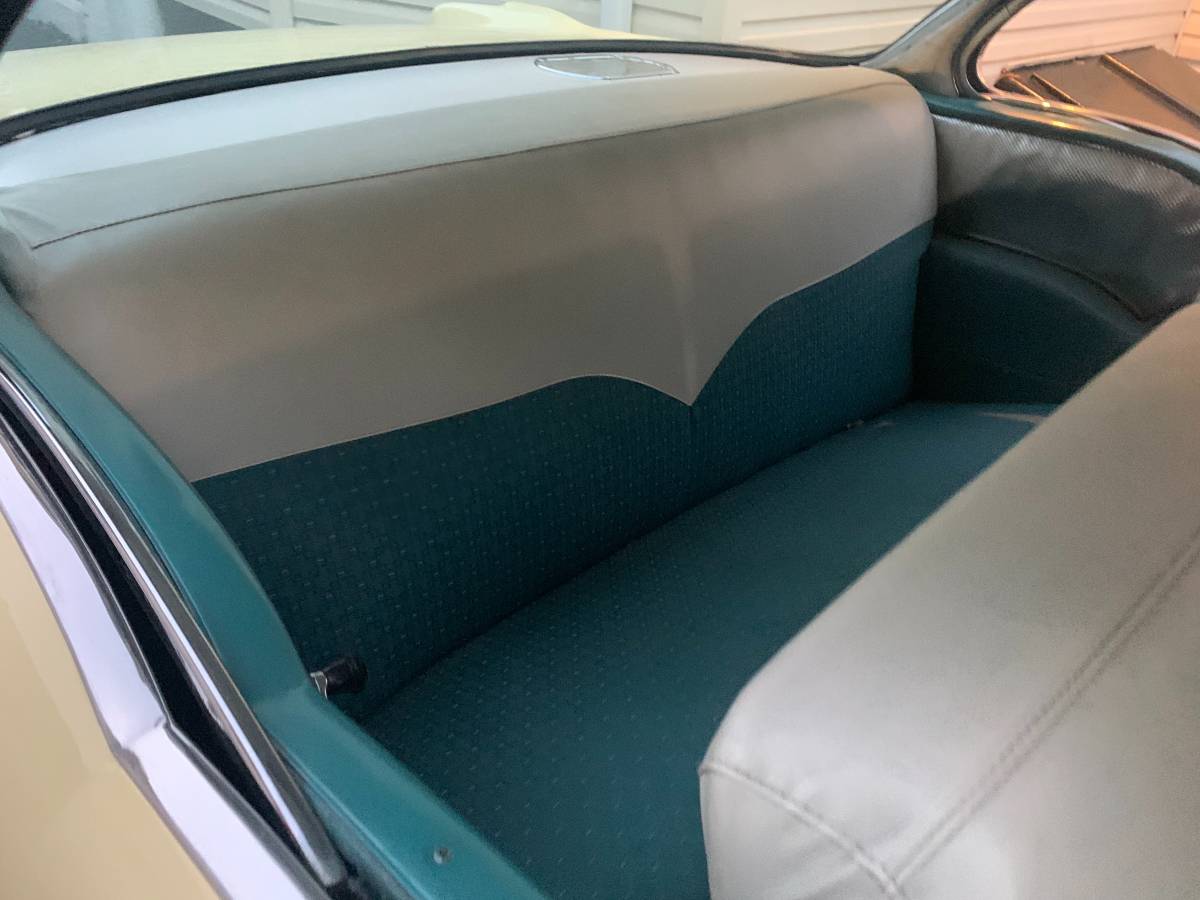 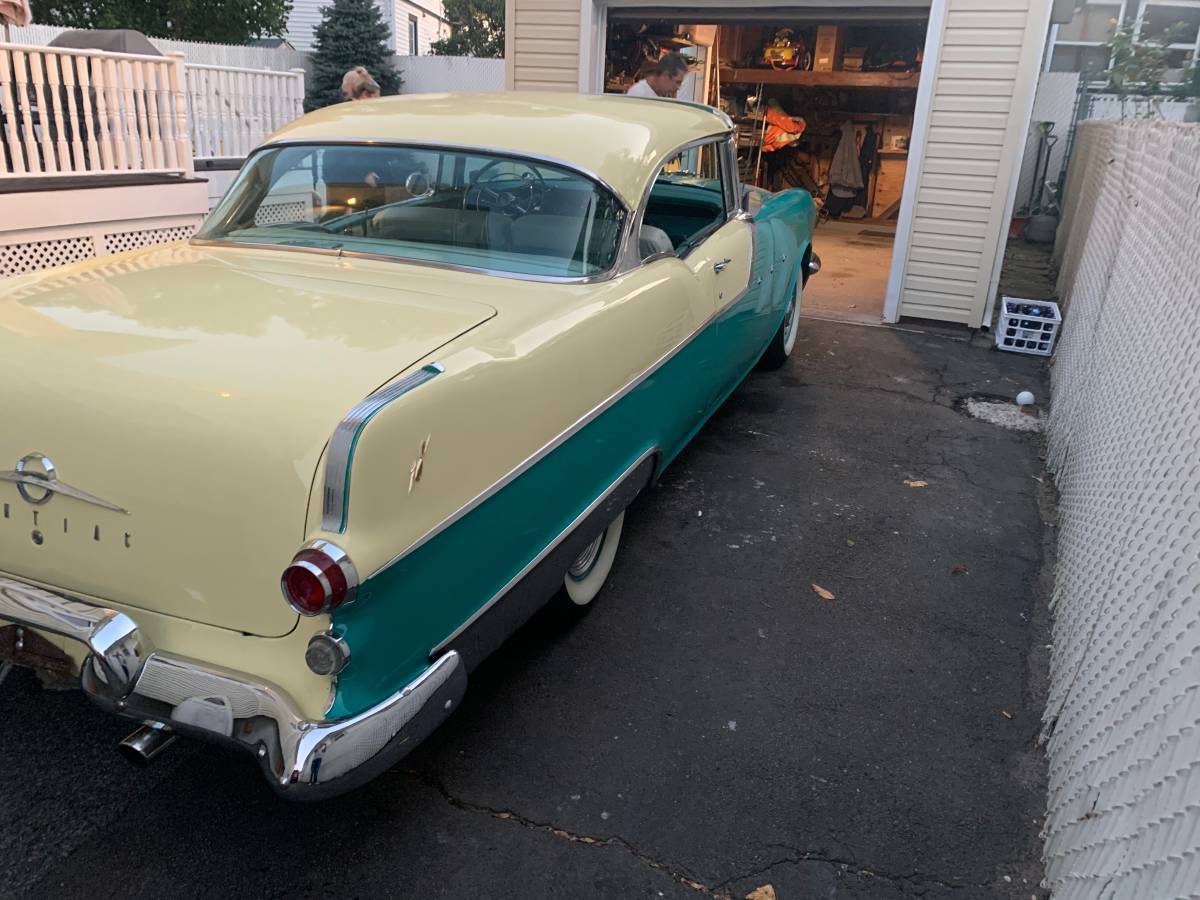 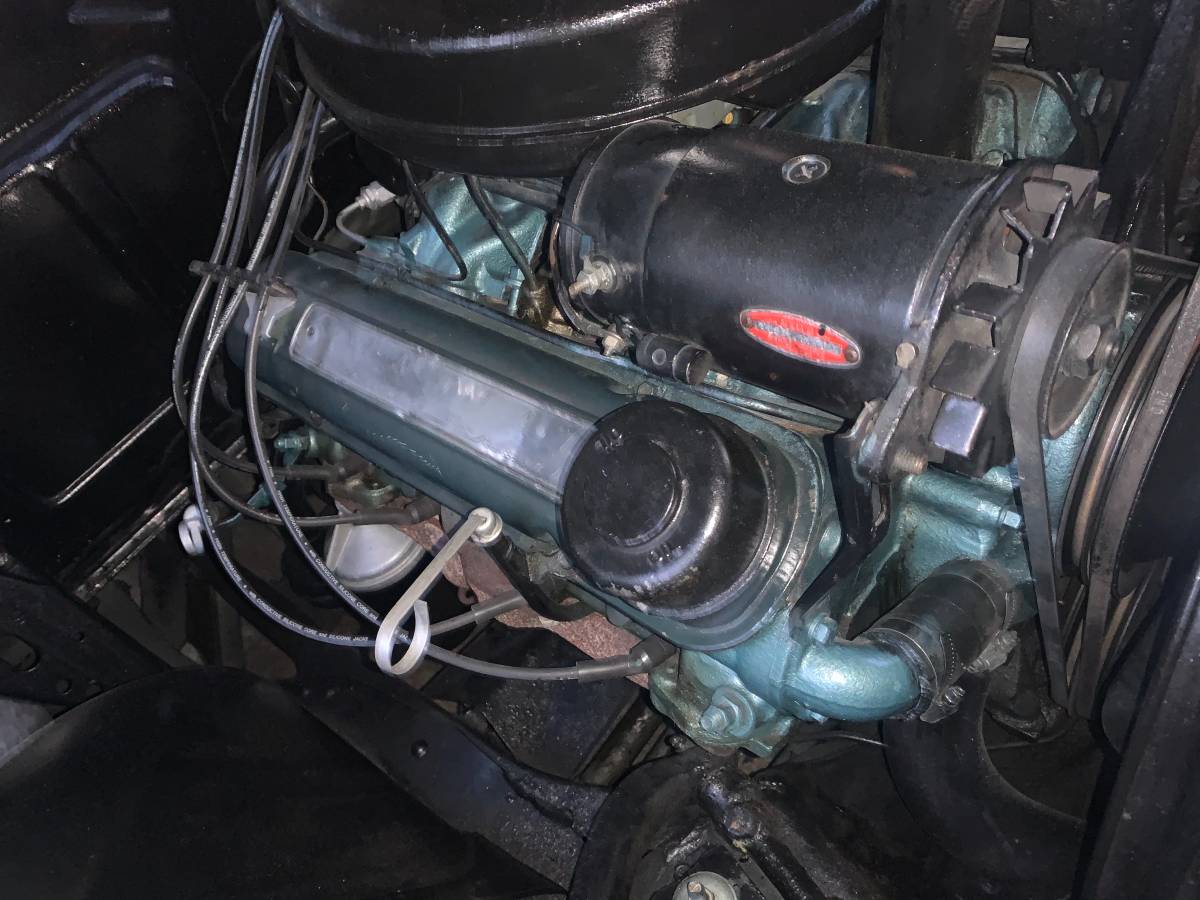 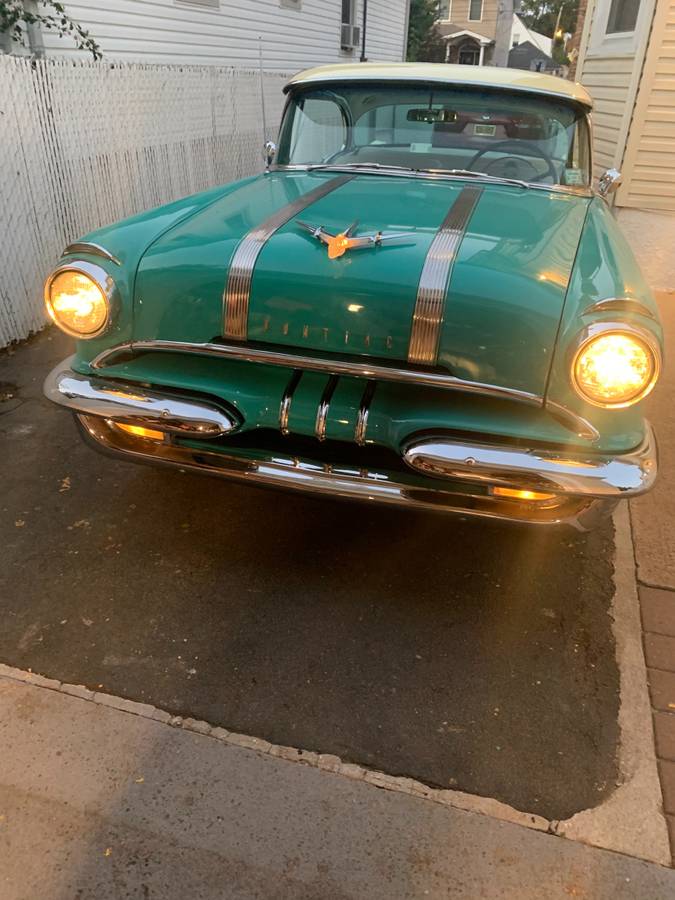 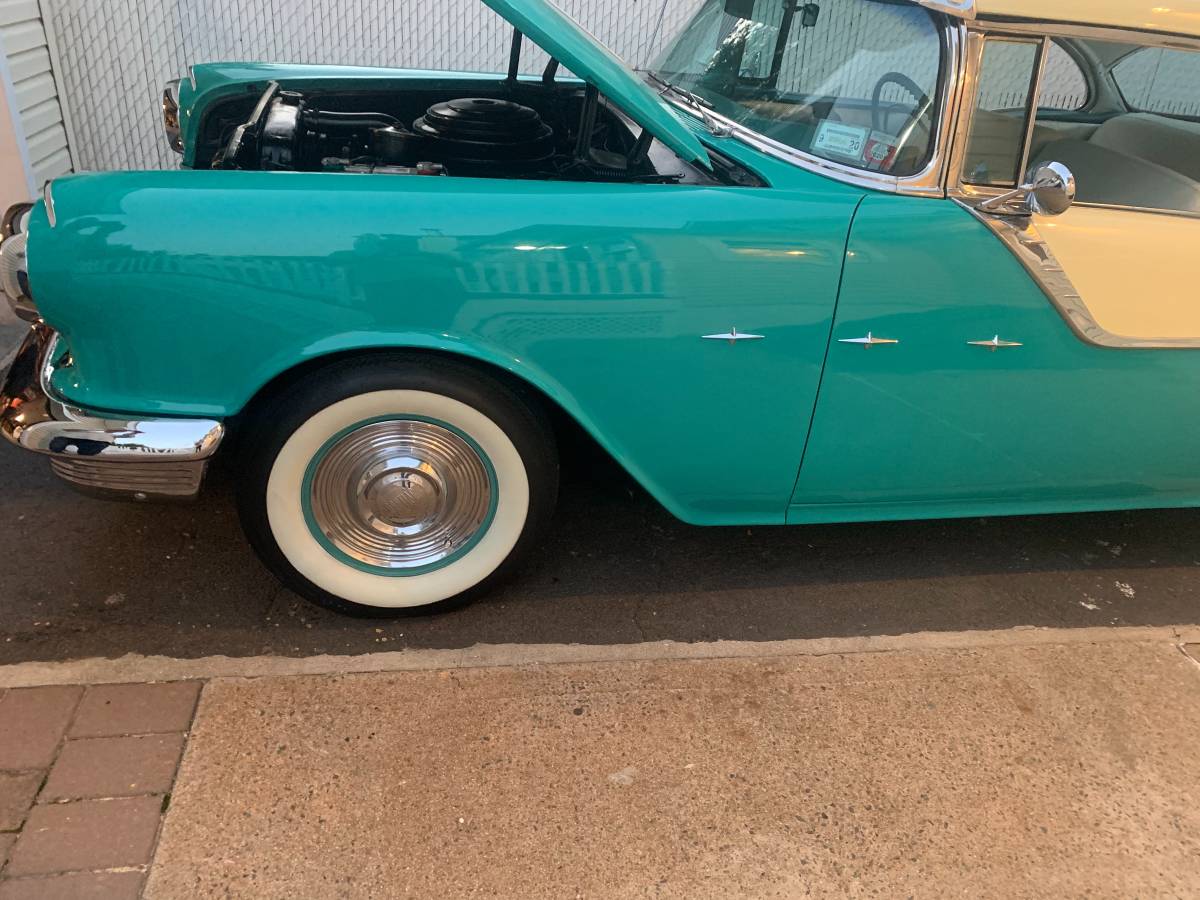 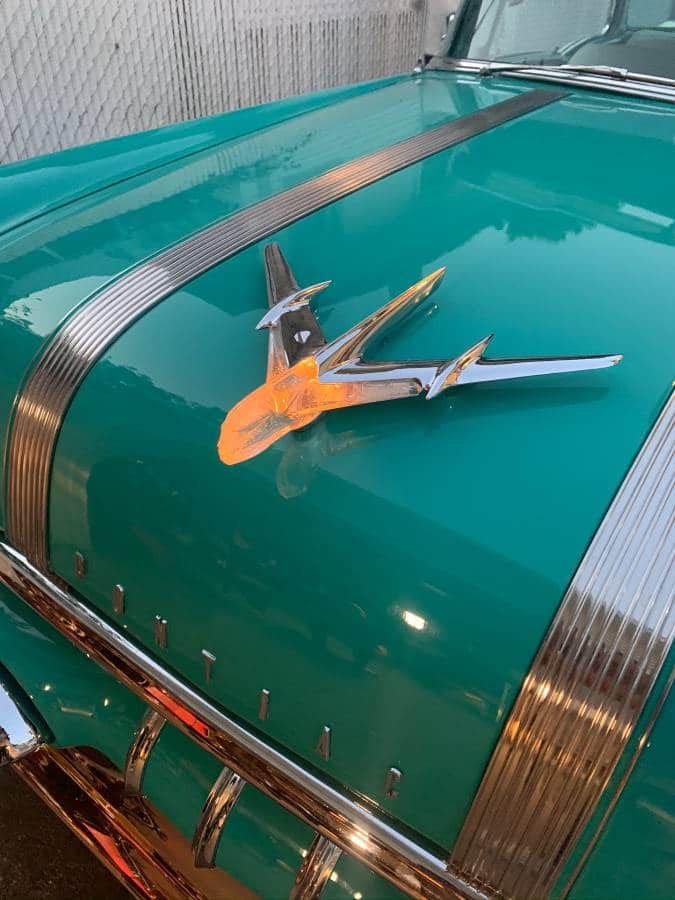 The optimism of the mid-1950s ushered in a number of styling details in American cars that ranged from tail fins to hood ornaments.  One of our favorite hood ornaments of the period was the Native American faced Strato Streak half plastic/half pot metal plane found on 1955 Pontiac Star Chiefs such as this two-door hardtop example originally listed in November 2020 on Craigslist on Staten Island, New York with an asking price of $23,000.  Researching that price in the Collector Car Market Review Online Tool reveals the private seller has their Star Chief priced between this guide’s #3 “Good” estimate of $21,625 and its #2 “Very Good” appraisal of $31,200.  Similarly, the Hagerty Insurance Online Valuation Tool as a second data point confirms this private seller has their Pontiac priced between the #3 “Good” appraisal of $25,600 and the #2 “Excellent” estimate of $49,200.

Hagerty Insurance provides a nice summary of the 1955 Pontiac Star Chief in their valuation guide for this model:

“Like the A-body Chevrolets with which they shared some body components, the 1955 Pontiacs were all new. Frames, bodies, and windshields were all altered, and the nameplate debuted its much-delayed but thoroughly modern V-8. Overnight, Pontiac’s engines went from 115- and 118-hp six-cylinders and 122- and 127-hp eights, to the 173-hp, 180-hp, and 200-hp “Strato-Streak” V-8s that displaced 287 cubic inches.

The Star Chief was the brand’s premier model and rode on a wheelbase that was two inches longer (124 inches in all, excepting the station wagon) than other Pontiacs. The Star Chief was offered as a 4-door sedan, a convertible coupe, a Catalina 2-door hardtop, and a Safari station wagon, and in either Deluxe or Custom trim depending on what type of upholstery buyers desired. Prices started at $2,362 for the 4-door sedan, which was quite a step-up from the upper-end Chevrolet Bel-Air sedan ($1,932), and neatly placed at the exact same price as the least expensive Oldsmobile 88 sedan.

Today the Pontiac Star Chief is a highly collectible car. Like Tri-Five Chevys, each model year has its own adherents, with 1955s being popular for fewer embellishments and 1957s liked for their extra glitz. Safari wagons are particularly prized due to their rarity (fewer than 10,000 were built), though other Star Chief body styles are rather easy to find. Performance was great for its day and still holds up well in modern traffic, and ownership is relatively straightforward from a maintenance standpoint, all of which results in a fun and rewarding car to have.”

The turquoise and cream two-tone color combination is what sets this Star Cheif off so nicely.  Based on the pictures provided and limited description, this car appears to benefit from an older restoration, but you’ll need to get the details from the seller to know more. Good luck with the purchase!

“Up for sale is a 1955 Pontiac star chief this car is a highly optioned one with power steering, power brakes, sun visor, and more please call.“