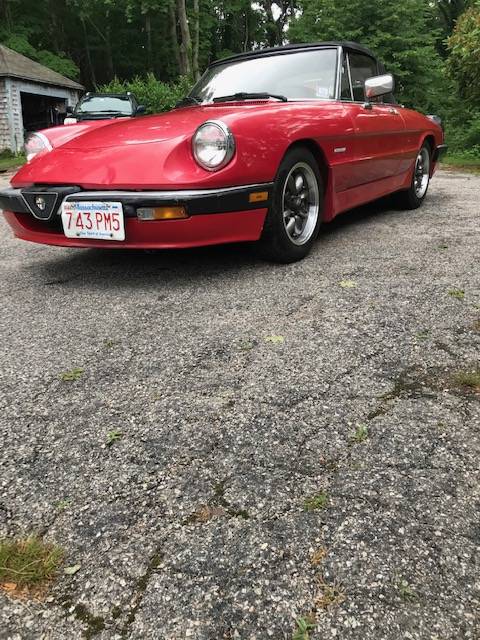 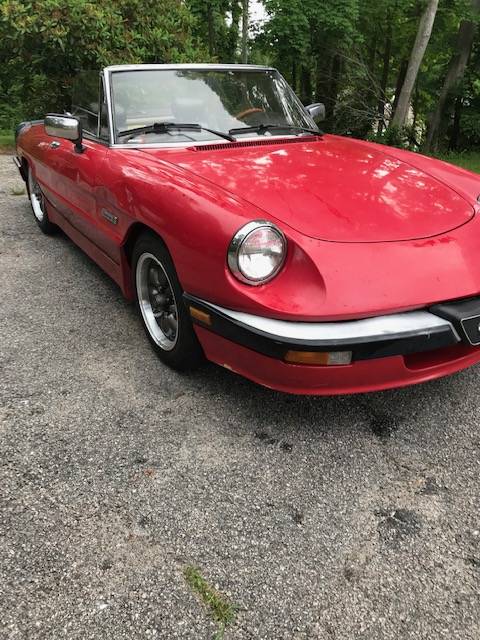 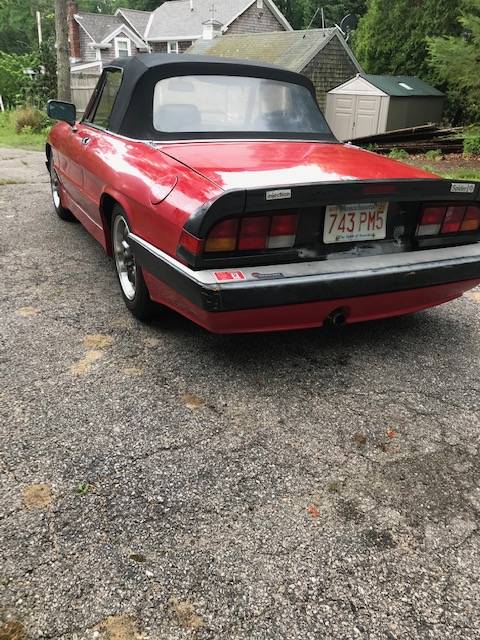 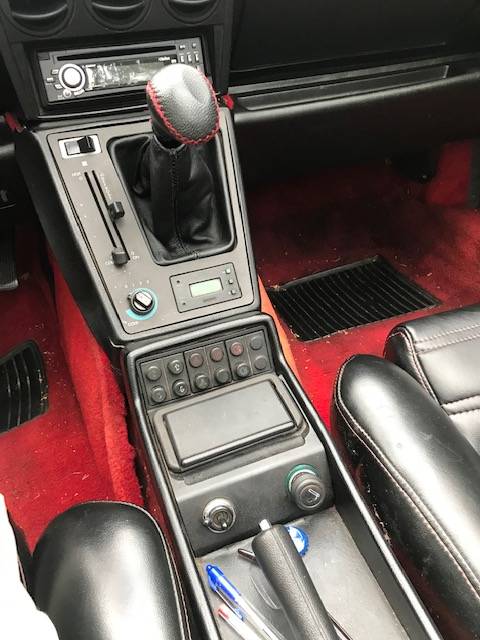 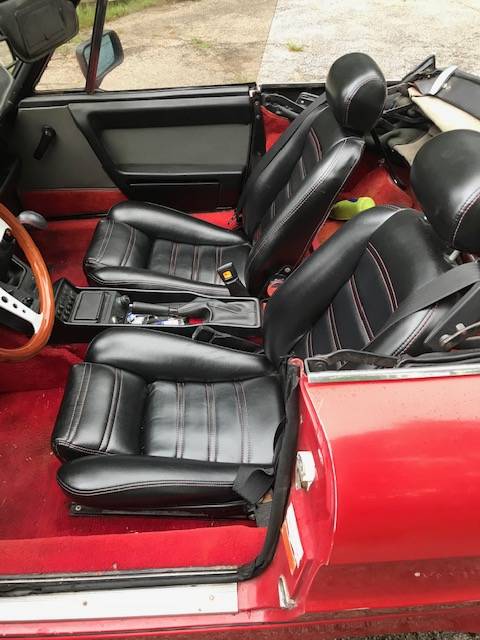 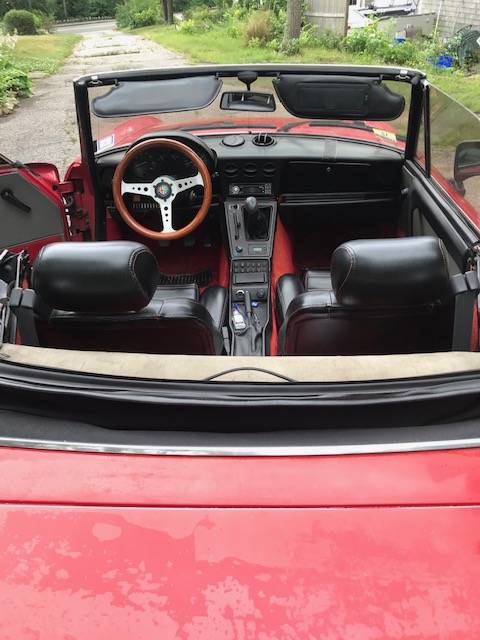 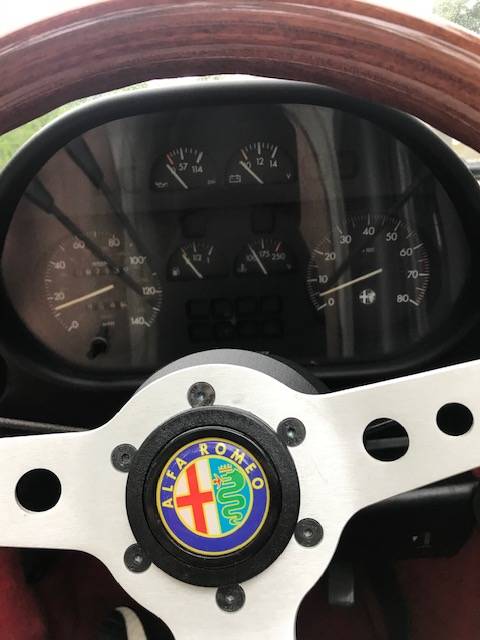 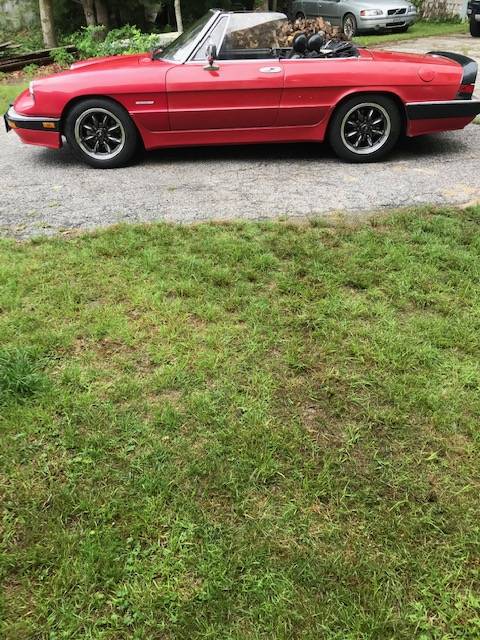 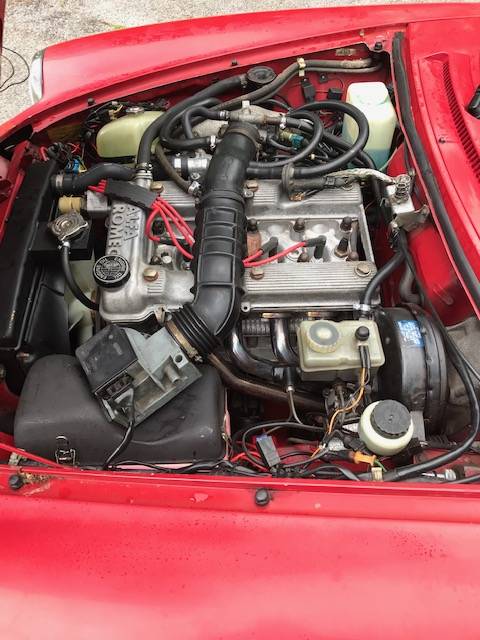 January 30, 2021 Update – we just confirmed the seller of this “Classifind” deleted their listing, so we’re now able to call this one “SOLD!” While this one got away, please reach out either by email or call Rudy directly if you’d like to be informed when we come across something similar.

With temperatures dipping down into the 30s in the Northeast recently, anyone who has been considering selling their convertible likely got the final push they needed. This 1986 Alfa Romeo Spider Quadrifoglio originally listed in November 2020 on Craigslist in Cape Cod with $10,000 in new parts and recent maintenance and an asking price of $5,900.  According to the Hagerty Insurance Online Valuation Tool, a “Fair” example is valued at $7,300, so the asking price seems more than fair for the condition on display in the listing – and the Quadrifoglio trim comes with a variety of extras.

While the convertible driving season can last deep into November, most top-down experiences are best saved for the first warm days of spring and the post-heat wave season of September and October. Particularly in the northern states of the snowbelt, driving a convertible after Labor Day can become a chore, and if you’re already tiring of the car, it doesn’t take much more than the first frost to post an ad. Fortunately, if you regret selling your Alfa Romeo Spider, there’s usually another one lurking not too far away – but very few have benefitted from extensive recent maintenance, and even fewer sport the enhancements that came standard in the Quadrifoglio package.

Those models were fitted with side skirts, a chin spoiler, black rubber rear spoiler, red carpeting, unique wheels, and a hardtop if the original owner decided to spring for it at time of purchase. This example still retains these enhancements (except for the hardtop and wheels, the latter having been replaced with modern rollers), and although the seller claims the paint doesn’t match in places, it certainly looks good from ten feet away. The most attractive element of this so-called “winter special” Alfa (seller’s words, not mine) is the laundry list of mechanical fixes and upgrades: Alfaholics sport suspension, new fuel tank, new brakes, new cooling system, engine-out reseal, refreshed rear end and transmission – the list goes on. Even the spare tire well has been replaced. This is one of those cases where you’d never be able to replicate the work performed for the asking price, and with the right wheels and some detailing (and a hardtop), this Spider would be a showstopper. Good luck with this end-of-the-season purchase if the Alfa strikes you right!

“86 classic spider. Winter special. Over $10K in new mechanical parts. Have receipts. Runs and handles great. This car came from Virginia a few years ago so pretty clean underneath. Stored winters. The body is a little banged up and paint doesn’t match everywhere as you can see in the pics. Great for someone that can do a little body work. Top is in decent shape. Odometer and speedo don’t work so true mileage unknown. Ready for my next project.

It’s a 34 yr old Alfa so it has some quirks but is super fun to drive and gets lots of comments. great for watching sunsets at the beach and a cooler fits nicely behind the seats. Will consider trade for a 4X4 truck or other interesting vehicles.”