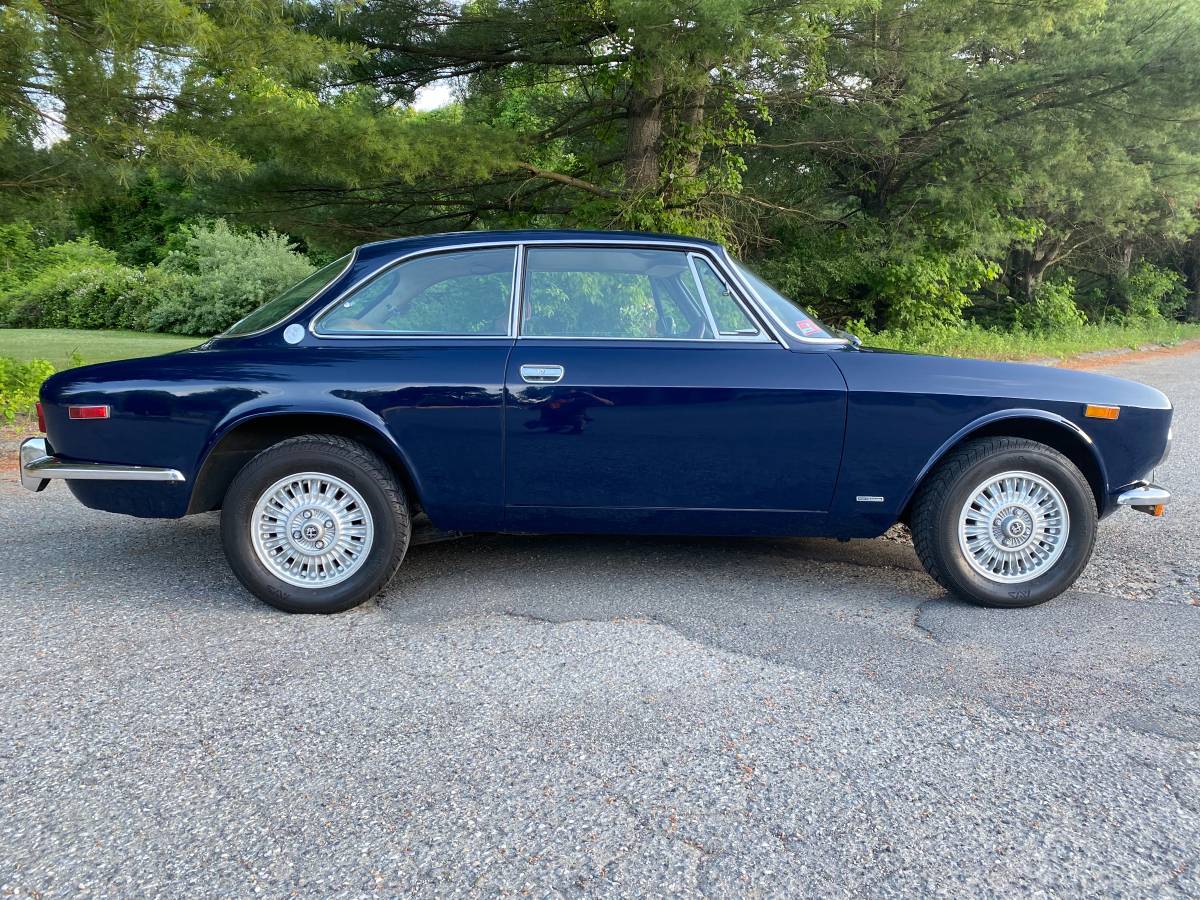 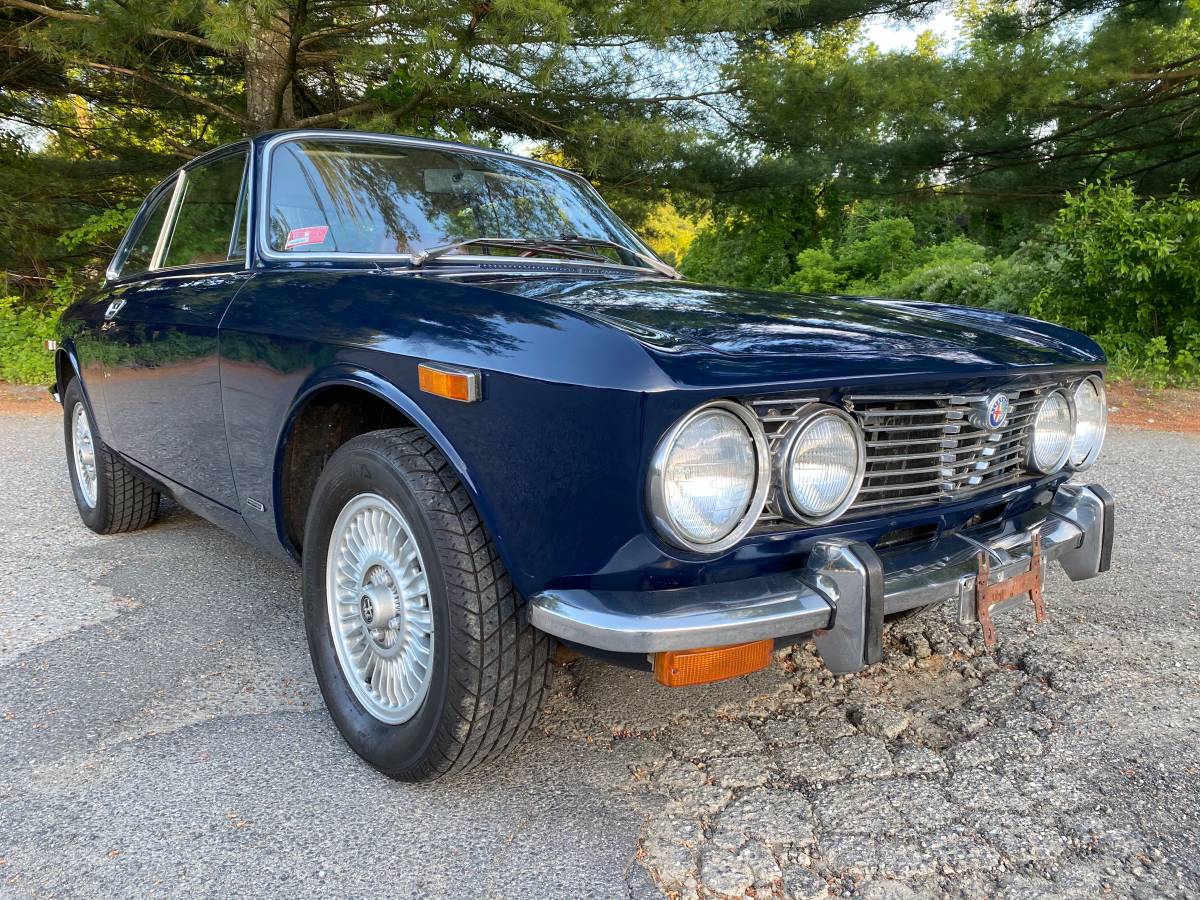 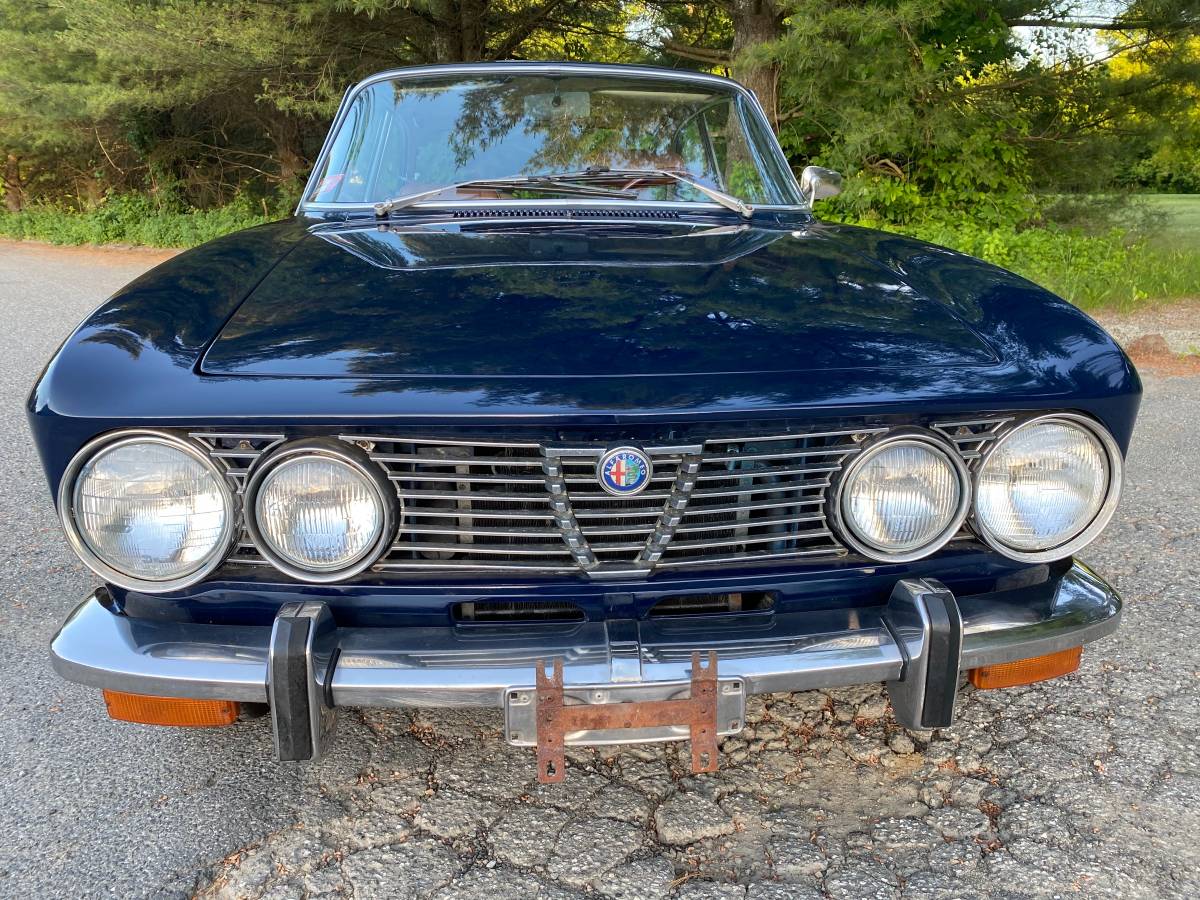 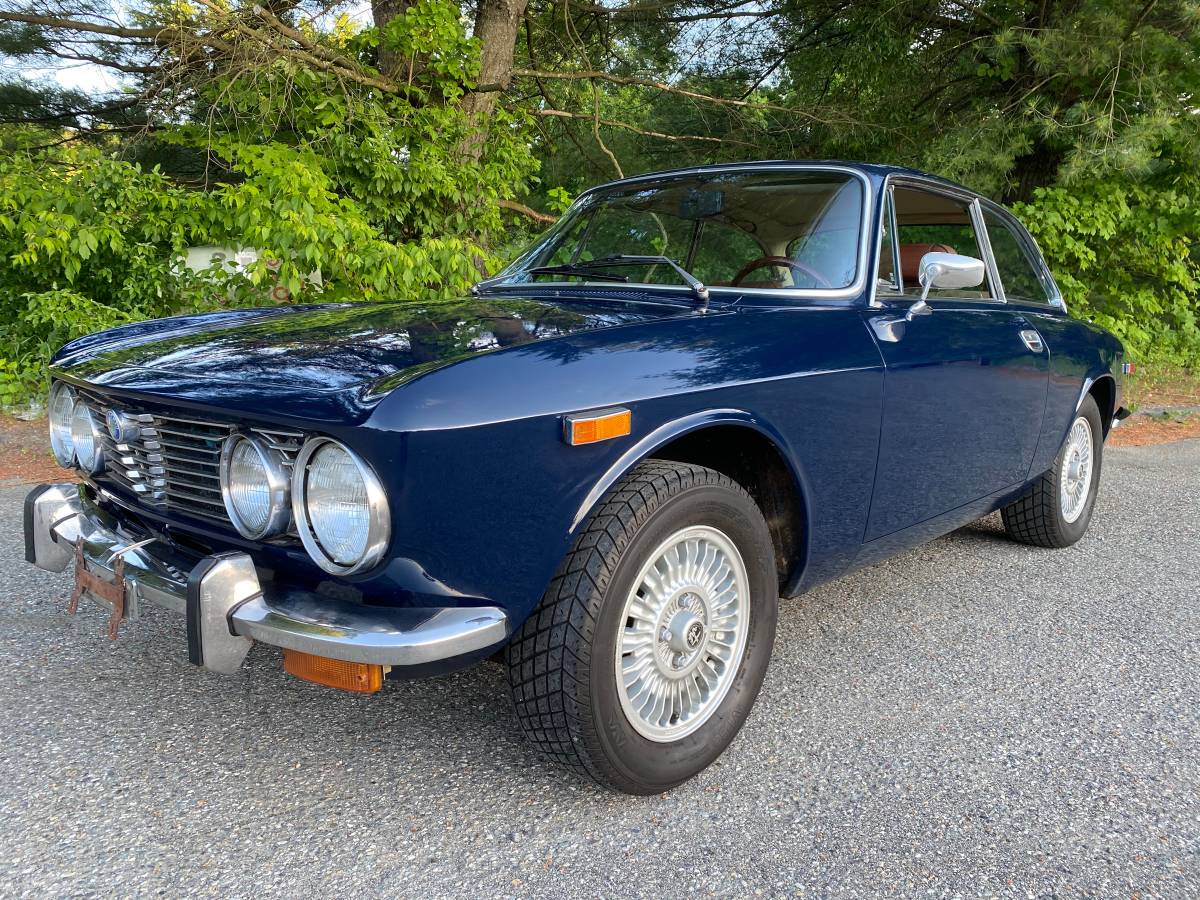 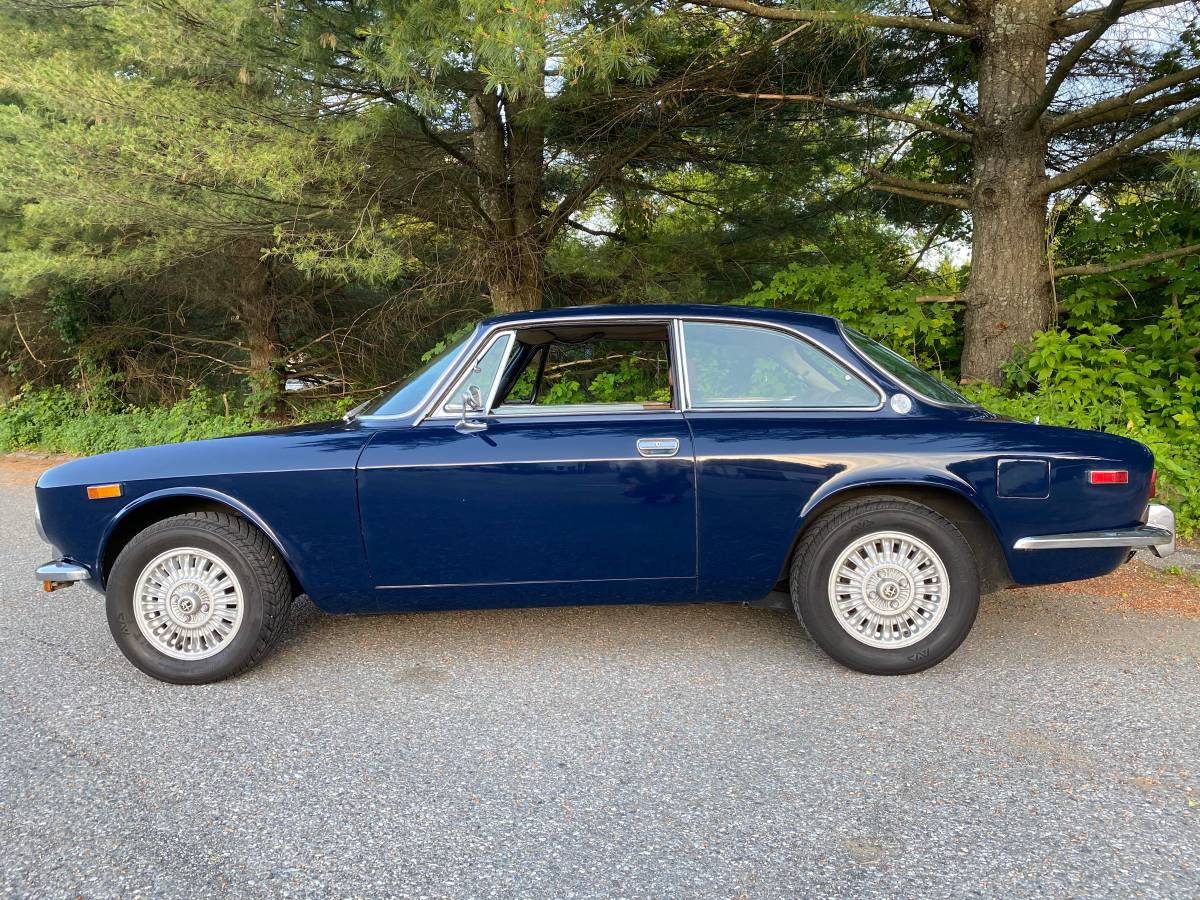 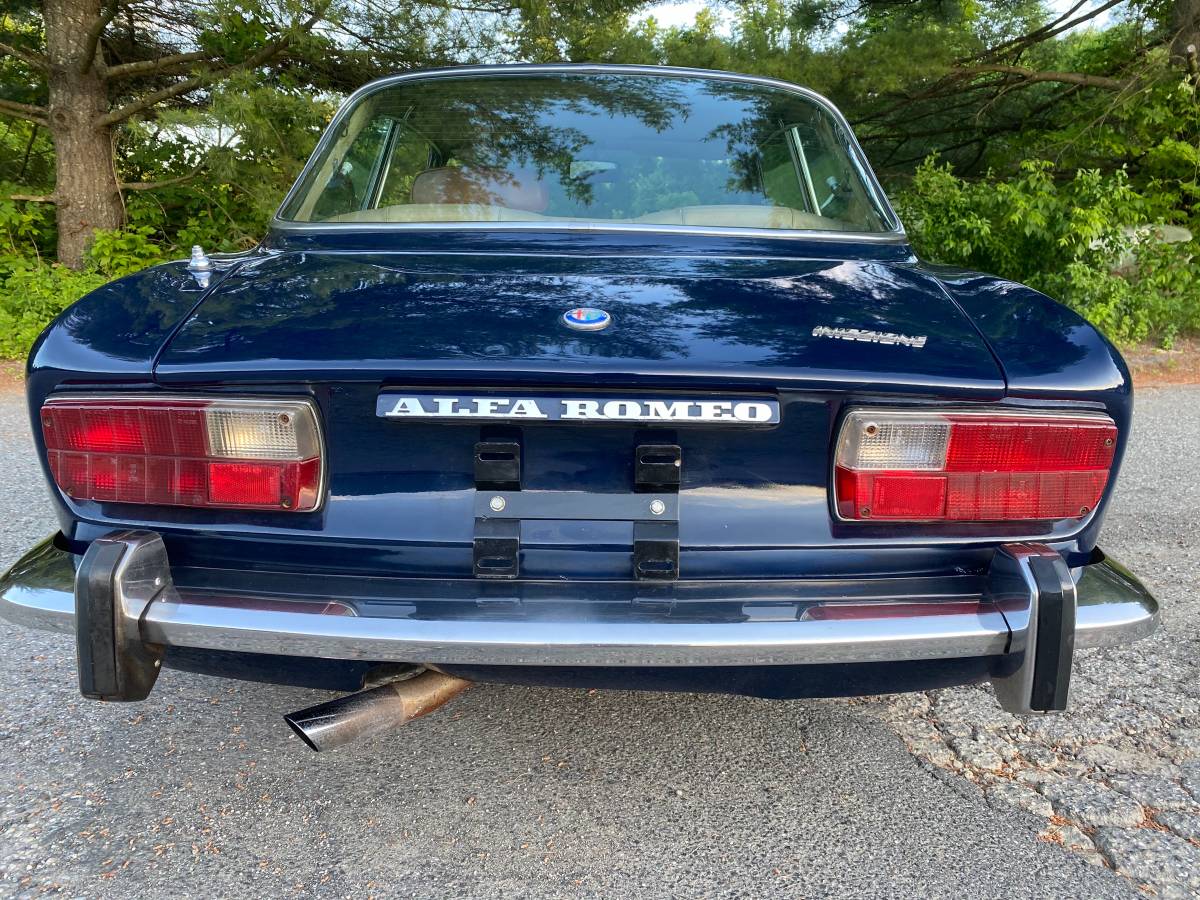 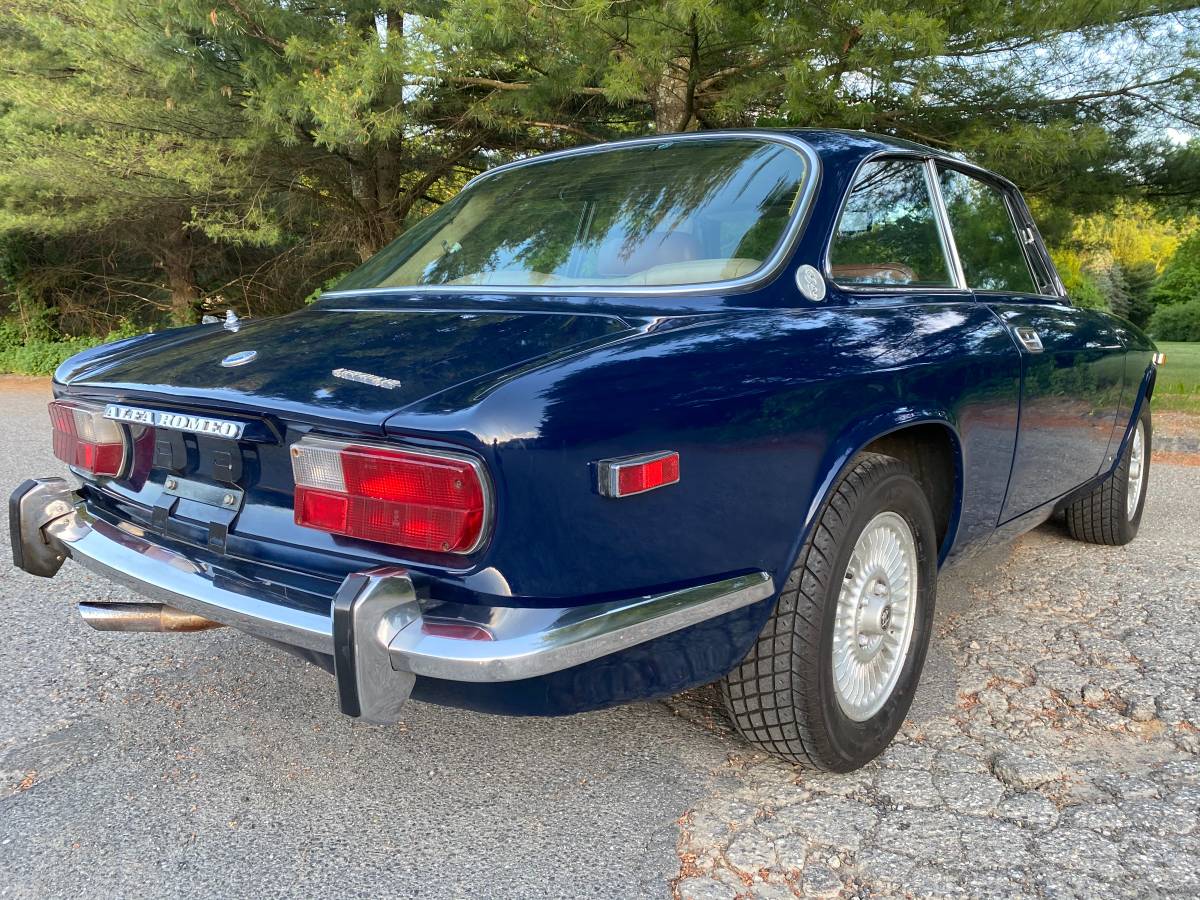 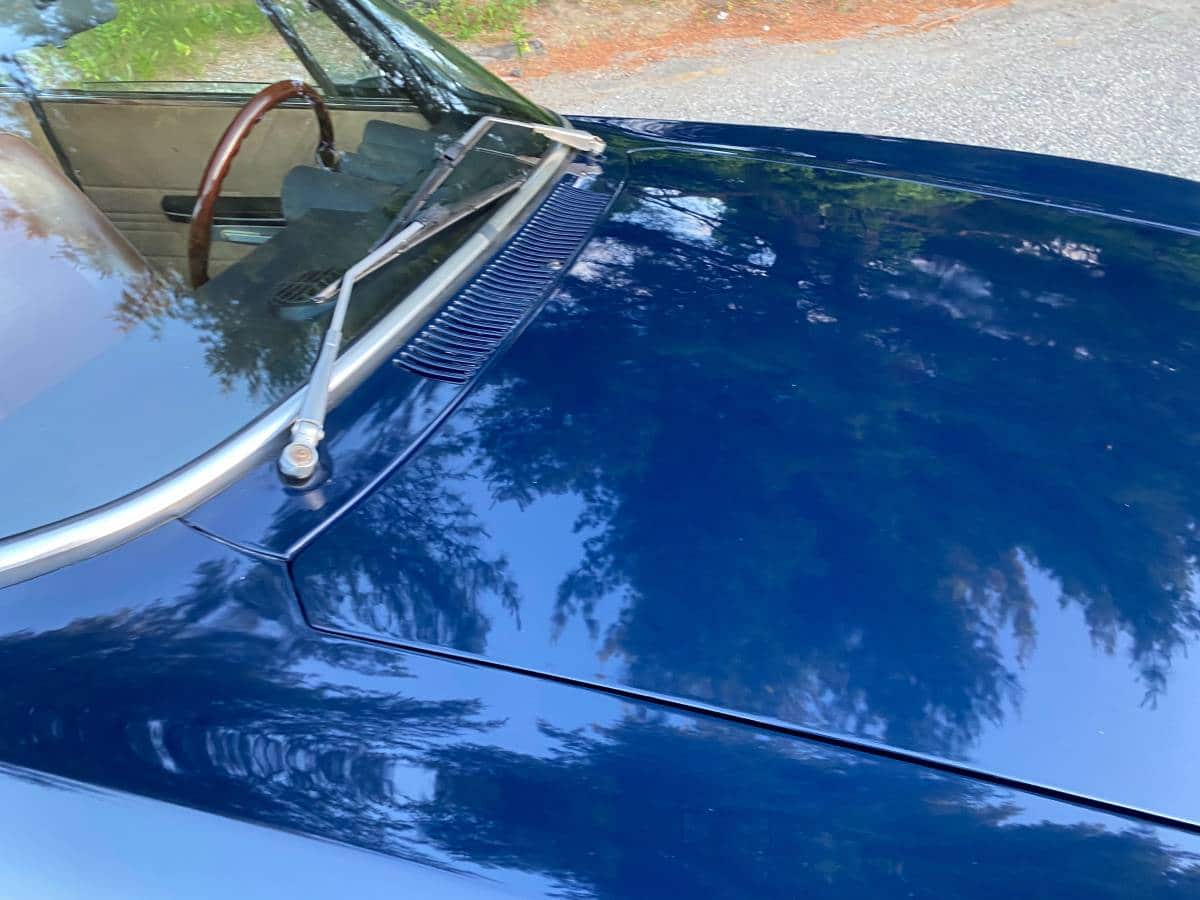 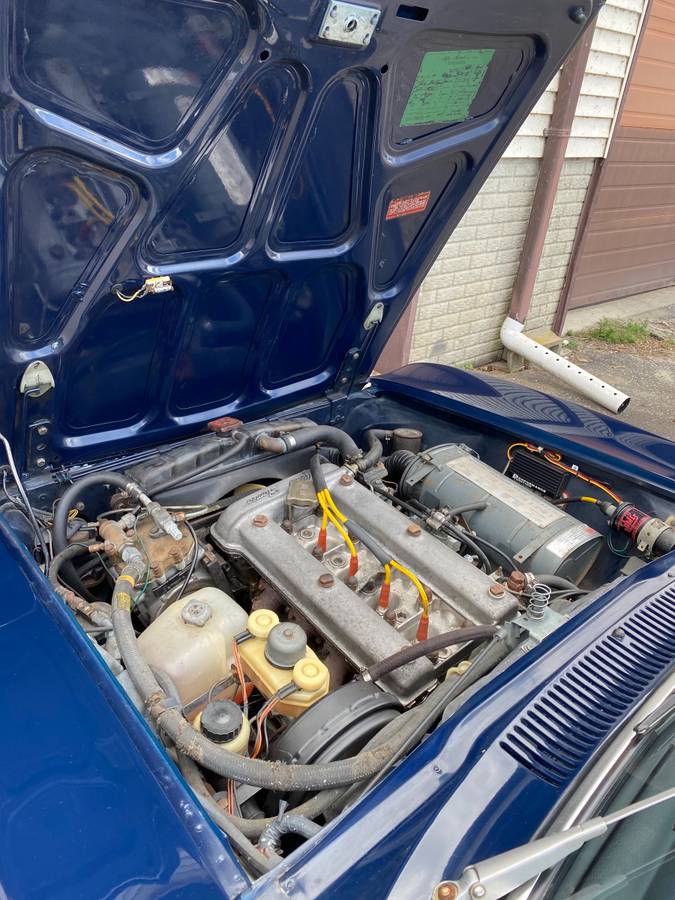 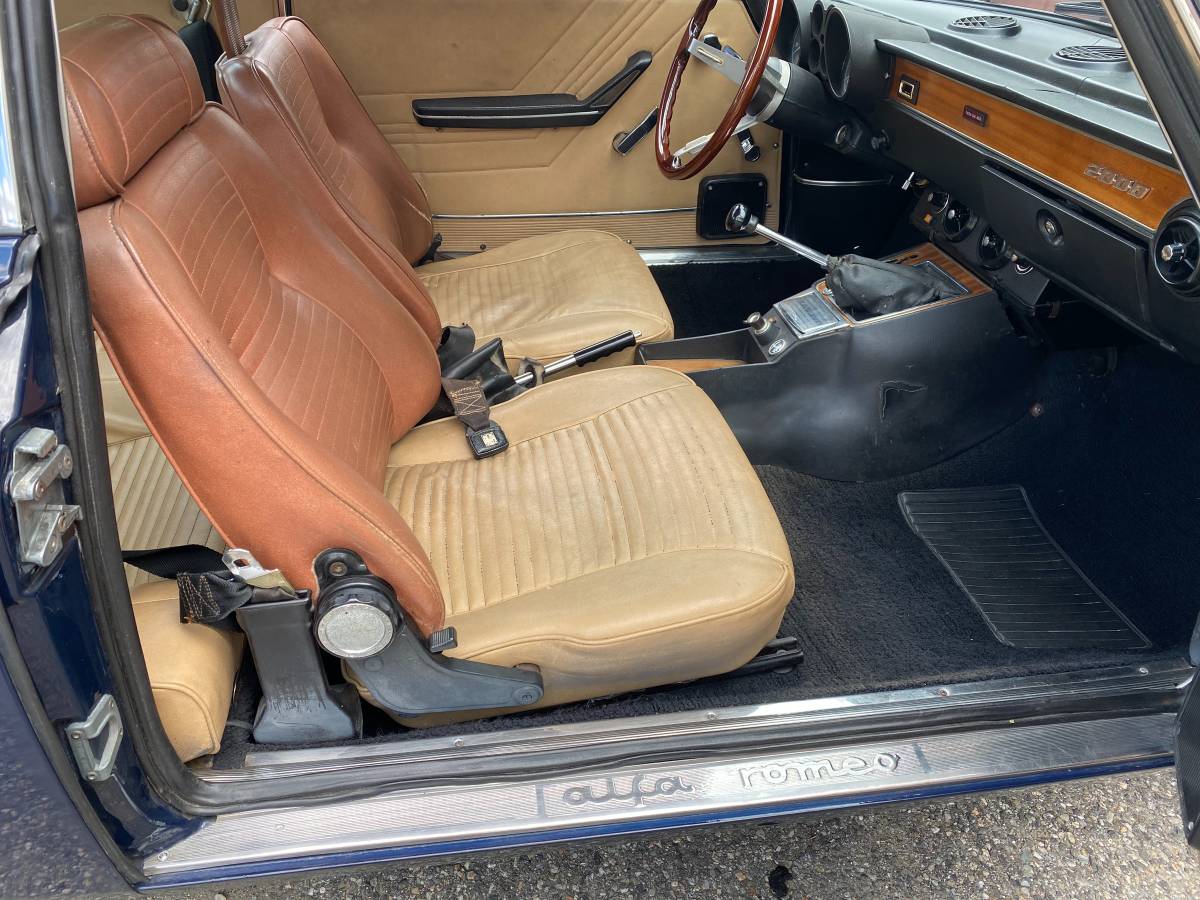 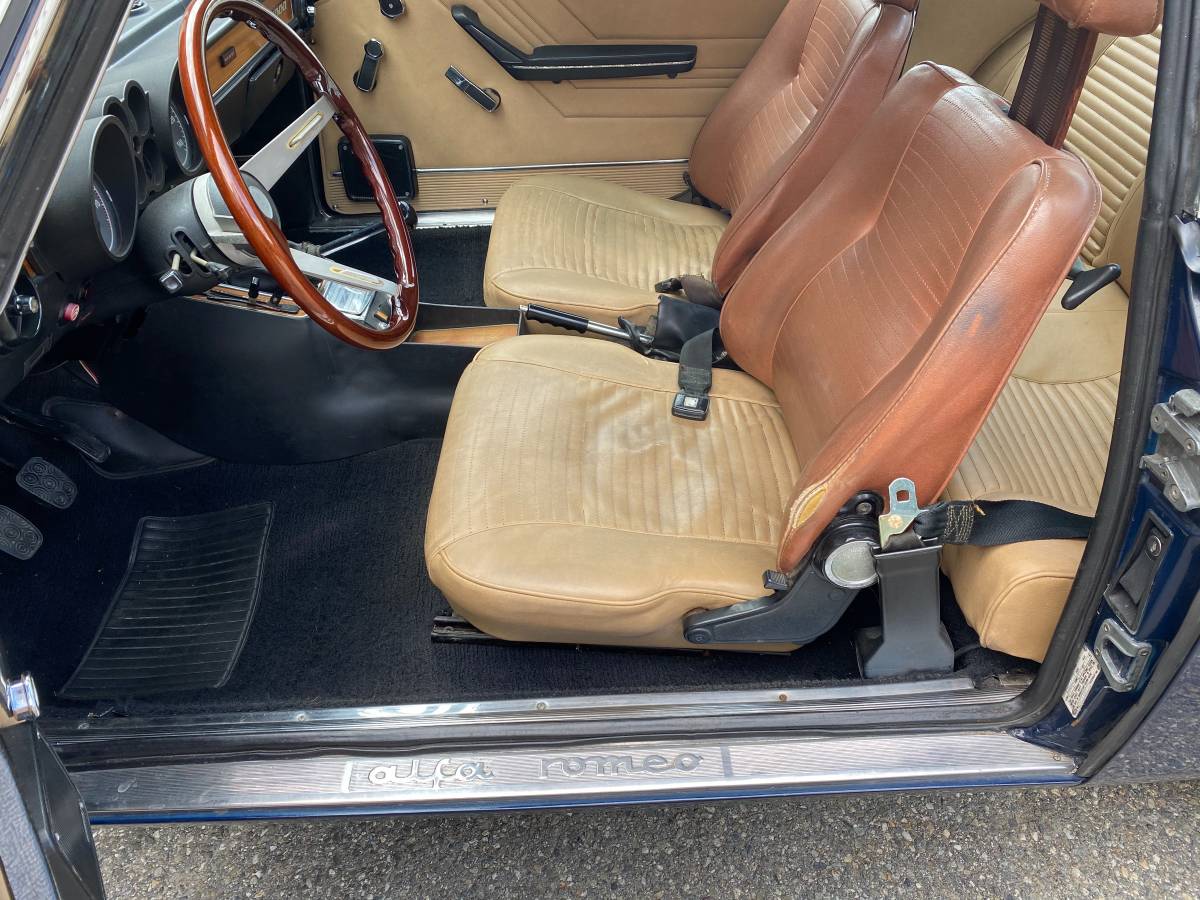 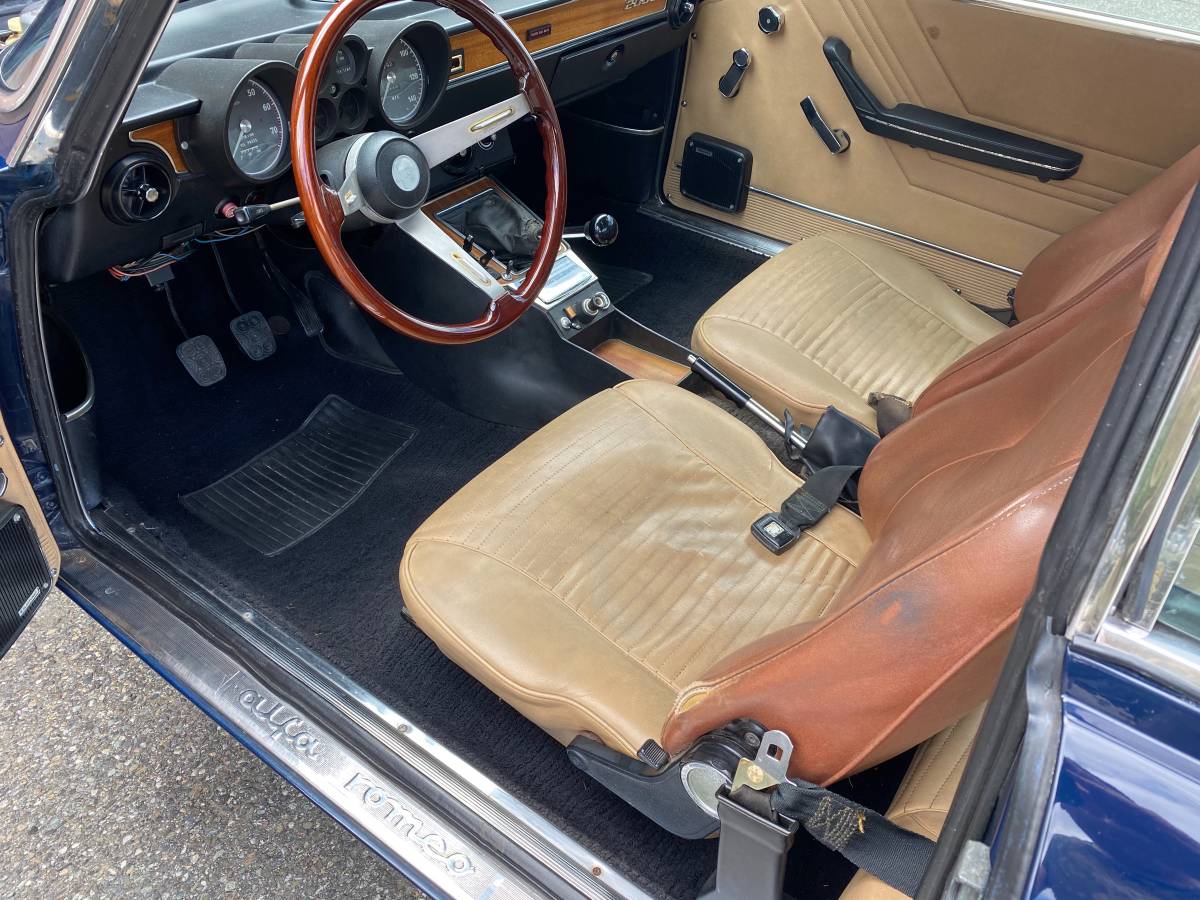 January 31, 2021 Update – we just noticed the listing “Classifind” expired, so with no replacement found we’re assuming this ride “Sold?” While this one got away, please reach out either by email or call Rudy directly if you’d like to be informed when we come across something similar.

While we tend to feature Alfa Romeo Spiders fairly regularly for our Sports Car Saturday features, we enjoy coming across one of this Italian Automaker’s rarer stateside examples.  In this case, we’re drawn to this driver-quality, blue-over light tan, 1974 2000 GTV Two Door Coupe originally listed in November 2020 on Craigslist in New Milford, Connecticut with an asking price of $29,500. Researching the Collector Car Market Review Online Tool reveals the private seller has their vintage Alfa priced between this guide’s #3 “Good” estimate of $23,800 and its #2 “Very Good” appraisal of $34,000.  As a second data point, the Hagerty Insurance Online Valuation Tool confirms this private seller has their GTV priced between the #4 “Fair” (Daily Driver) estimate of $21,300 and the #3 “Good” appraisal of $36,800.

Here’s Hagerty Insurance’s summary of the 2000 GTV from their Valuation Tool:

Giugiaro’s Alfa Romeo 1750 GTV coupe was supremely elegant and also quite usable, with a 5-speed transmission, four-wheel disc brakes, reclining seats, and full instrumentation. The 2000 model was available in Europe in 1971, but did not go on sale in the U.S. until 1972, where it’s most easily distinguished by the grill with multiple horizontal slats. Top speed remained about the same as the 1750 at around 120 mph, though aficionados note that the bigger displacement trades low-end torque for the high-revving willingness of the earlier motor.

The Alfa Romeo GTV was sold in Europe until 1977, but its last year in the U.S. was 1974, as bumper regulations and emissions requirements were stiffened. To further confuse things, there were no Alfa Romeos imported into the U.S. in the 1968 and 1970 model years, also due to emissions regulations. Alfa Romeo solved most emissions issues in 1969 with its SPICA mechanical fuel injection, which works extremely well when properly maintained (and doesn’t when it’s not). The lack of a 1970 model was due to labor strikes in Italy.

All Alfas of this period handle extremely well, with superior turn-in to any equivalent British sports car. The 1750 and 2000 GTV models have a cult following, with certain sects favoring the smoothness of the 1750 over the power of the 2000, and vice versa. Similarly, some enthusiasts prefer early “stepnose” cars with their raised hood lid, while others feel the 1969’s purity is preferable. Despite the subtle differences of design and opinion, the most important trait of any GTV of this generation is its lack of rust. Alfas of this era are especially susceptible to the tin worm, and a rusty example is best avoided at any cost. Detailed examination and full records of ownership location are also absolutely vital, as cars that haven’t seen routine maintenance usually require plenty of expensive sorting. On the bright side, parts are readily available, the driving characteristics are delightful and the right exhaust will produce absolute music.”

The YouTube Channel Harry’s Garage always provides nice content describing the history of each model featuring from a modern viewpoint.  This video featuring a European-spec 2000 GTV does not disappoint:

The seller’s one-sentence description leaves us relying on the pictures to determine this car’s condition and you’ll have to interview them in detail to learn more about the car’s history.  While the pictures provided seem to indicate a solid exterior and properly attended to engine bay, the different color seat backs ruin the overall look of this GTV for us. Barring any mechanical or electrical needs, the interior would be the first thing we would address on this Alfa, especially when there is so much potential monetary upside to investing in improving the overall condition of this Alfa. Good luck with the purchase!