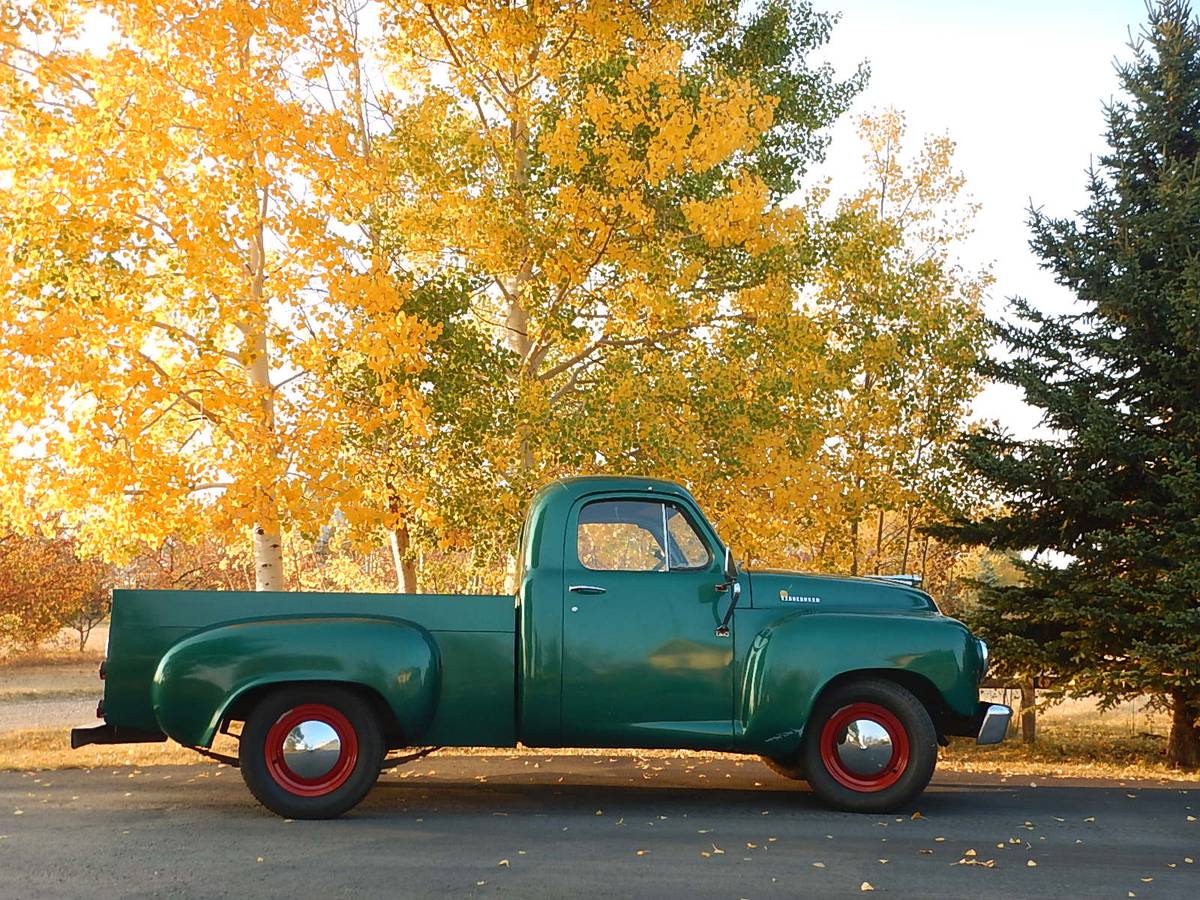 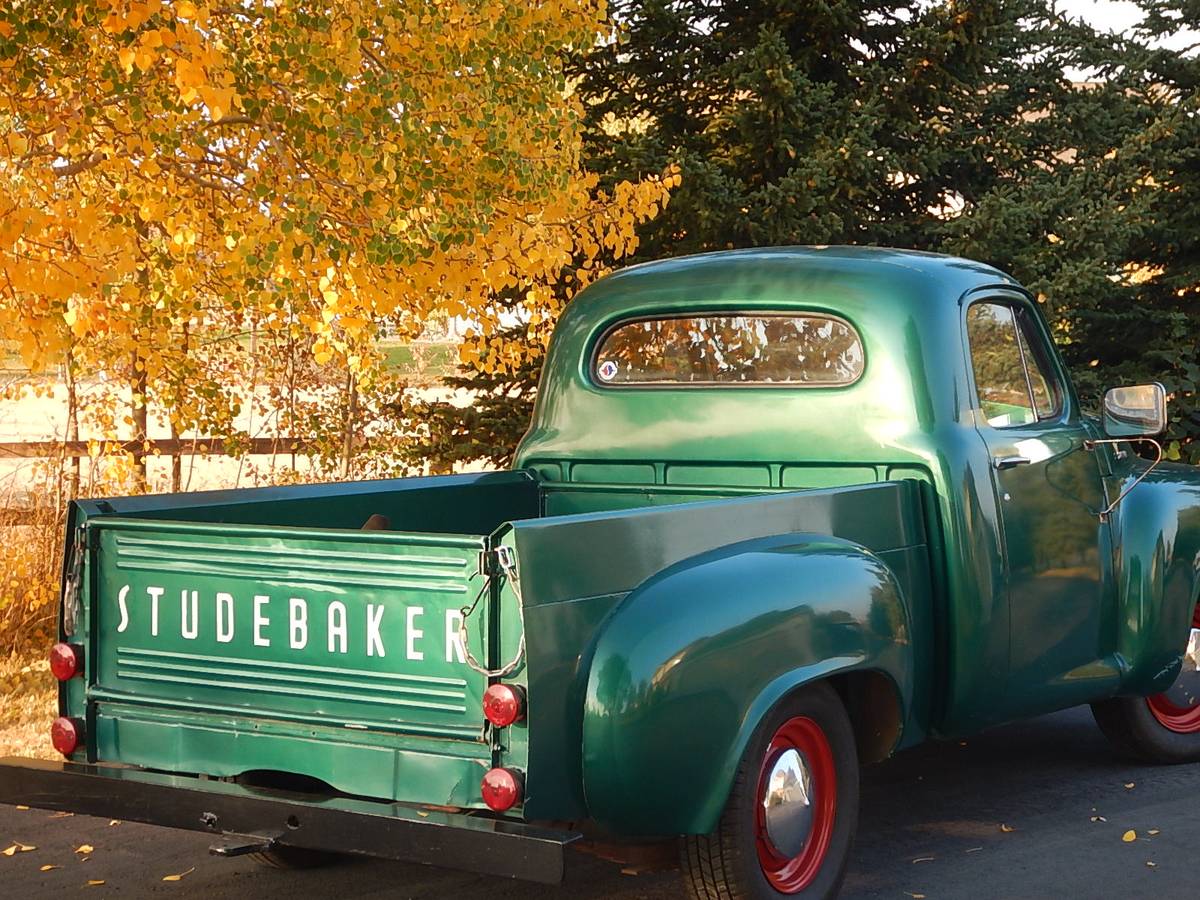 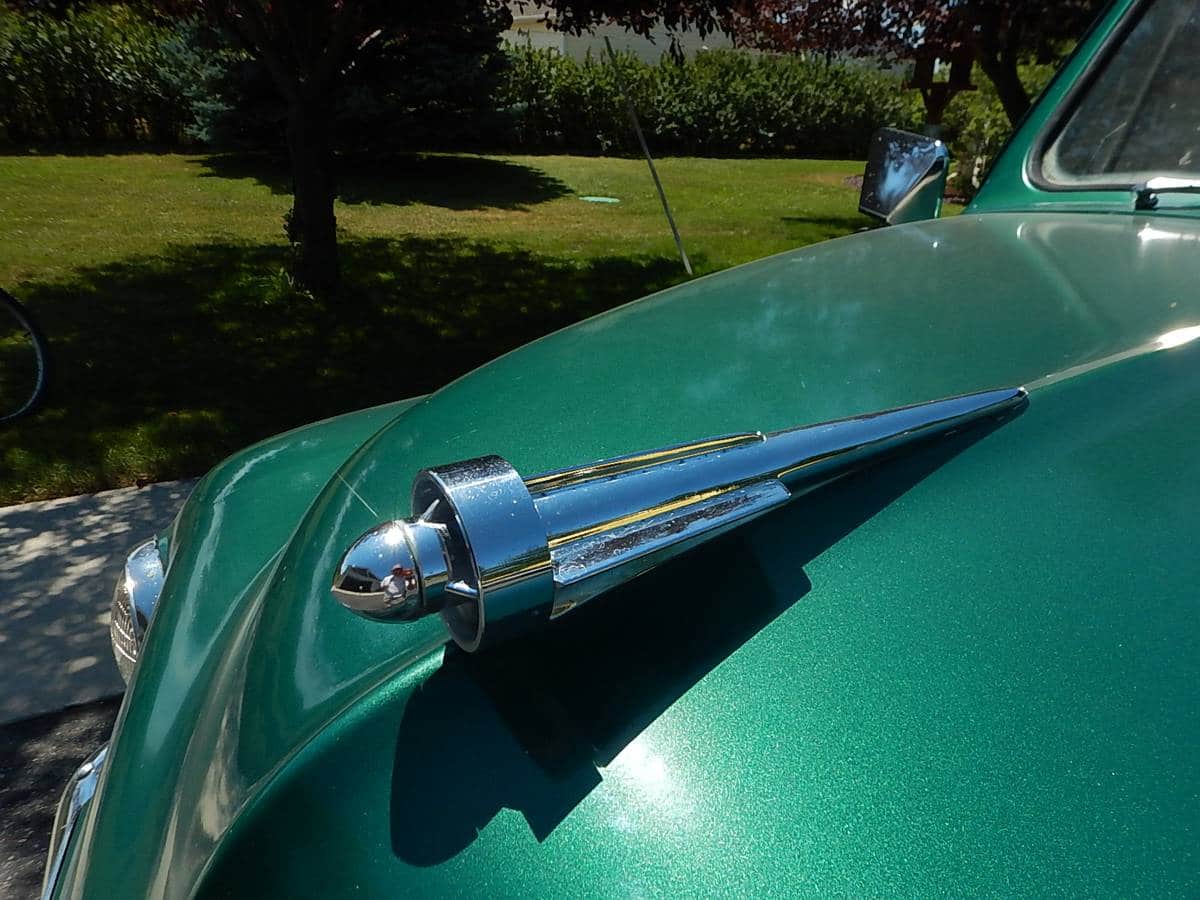 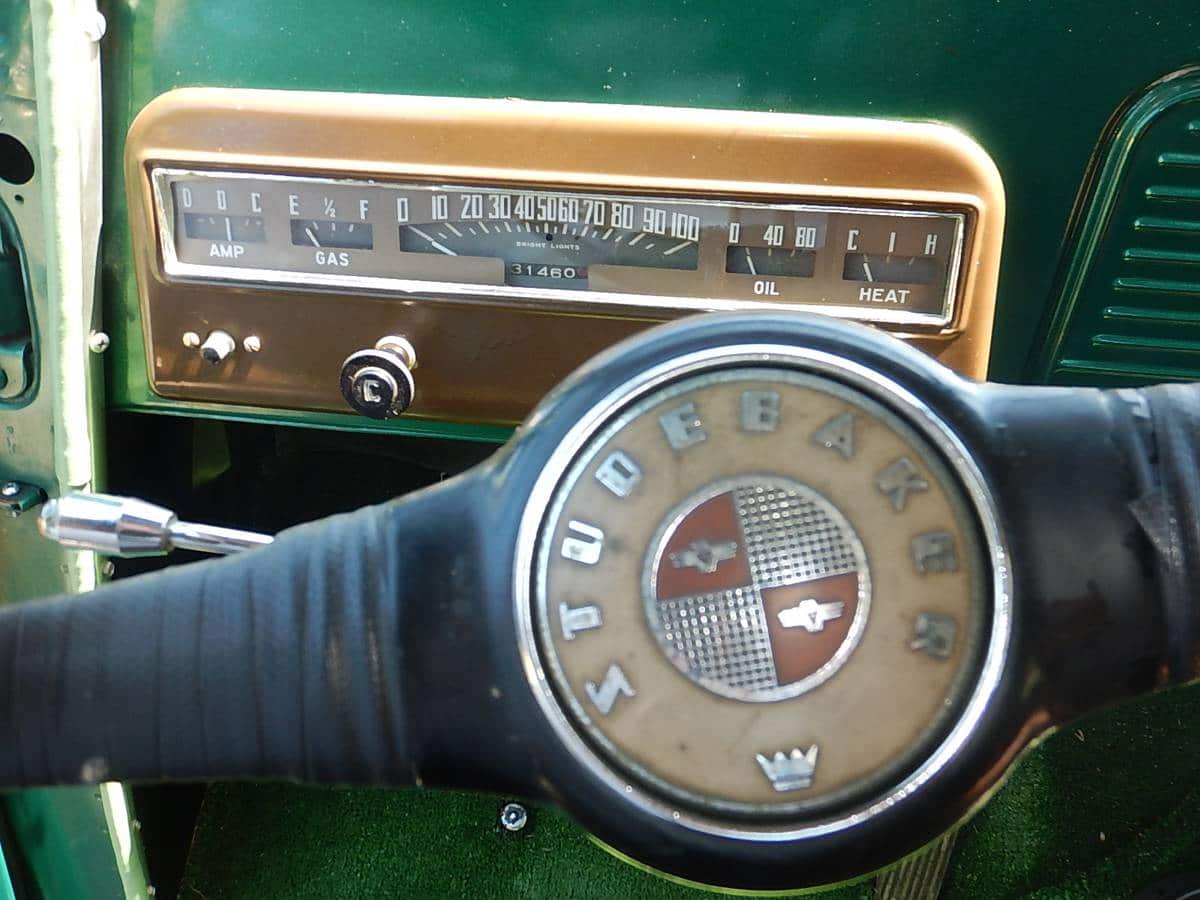 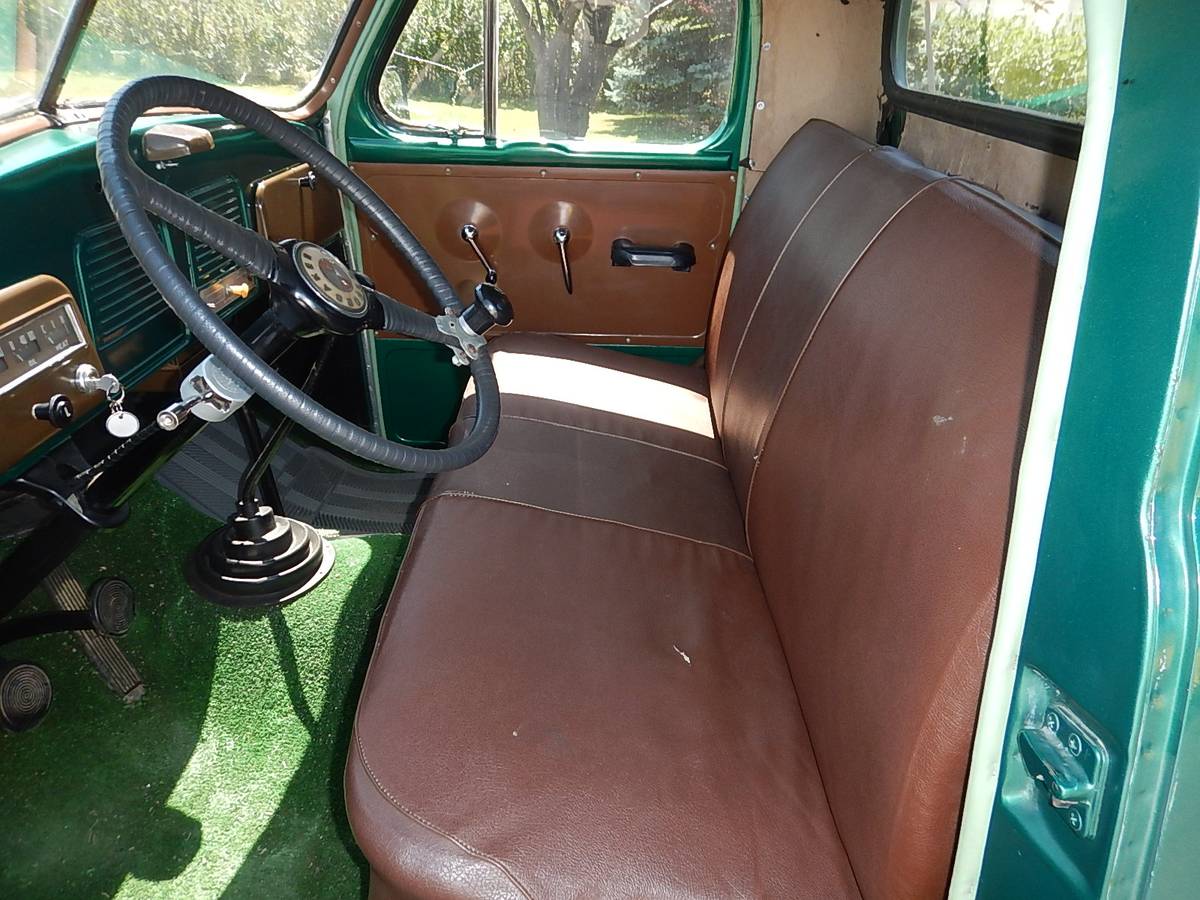 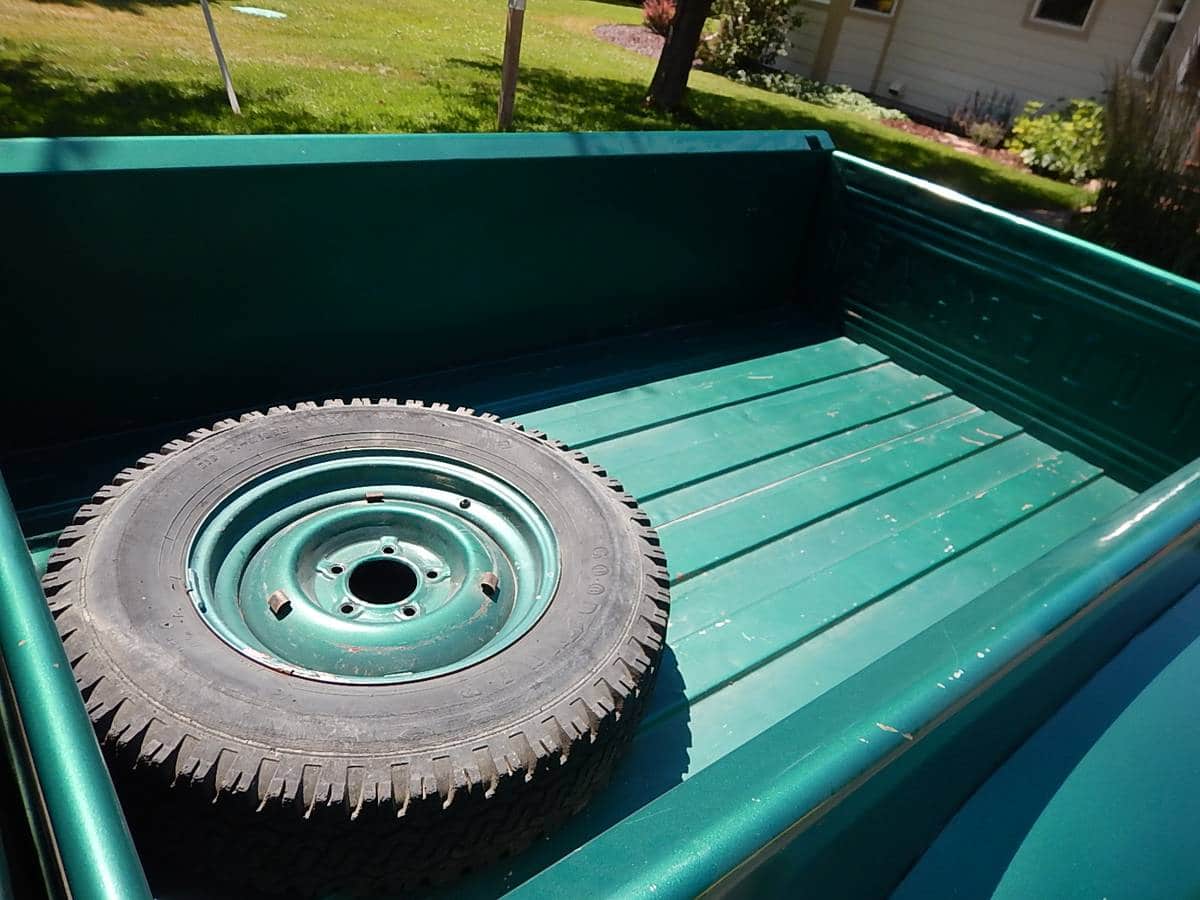 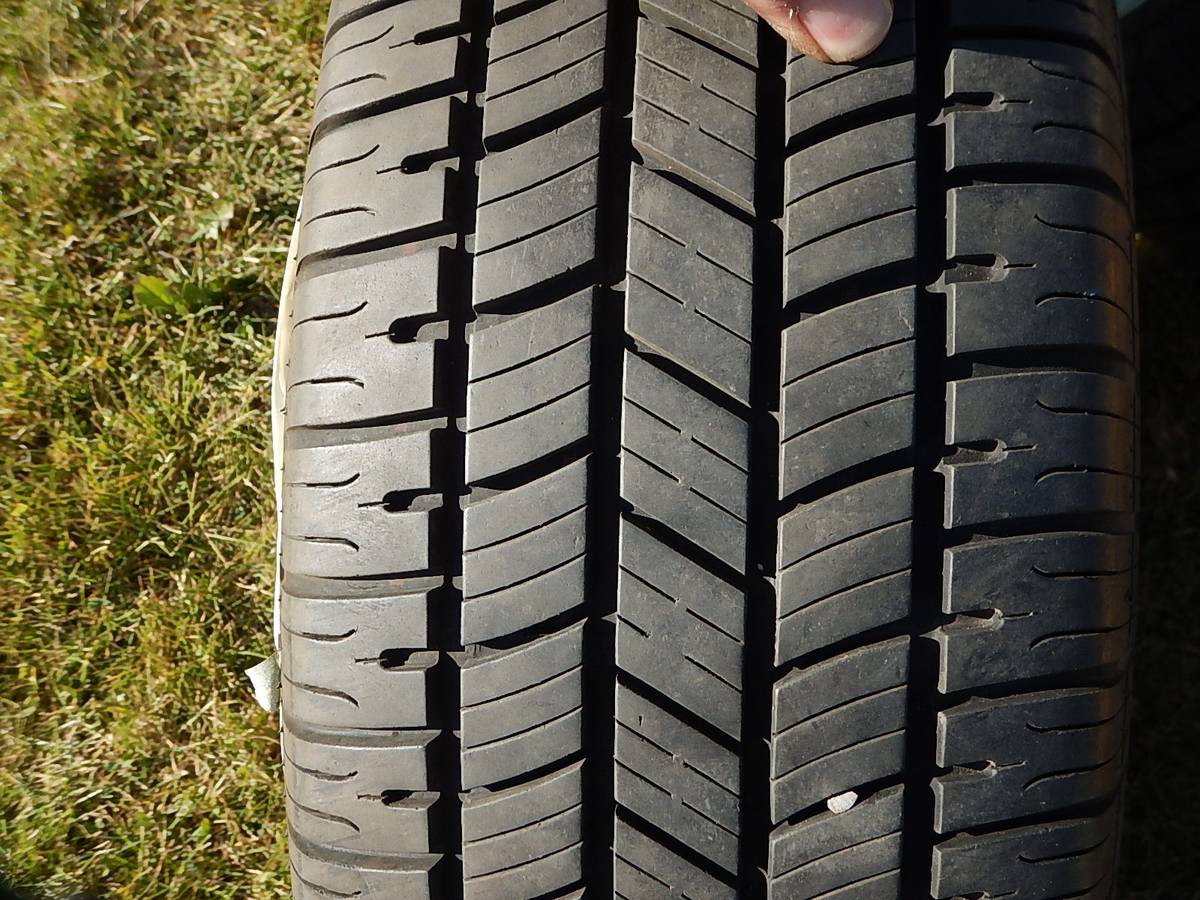 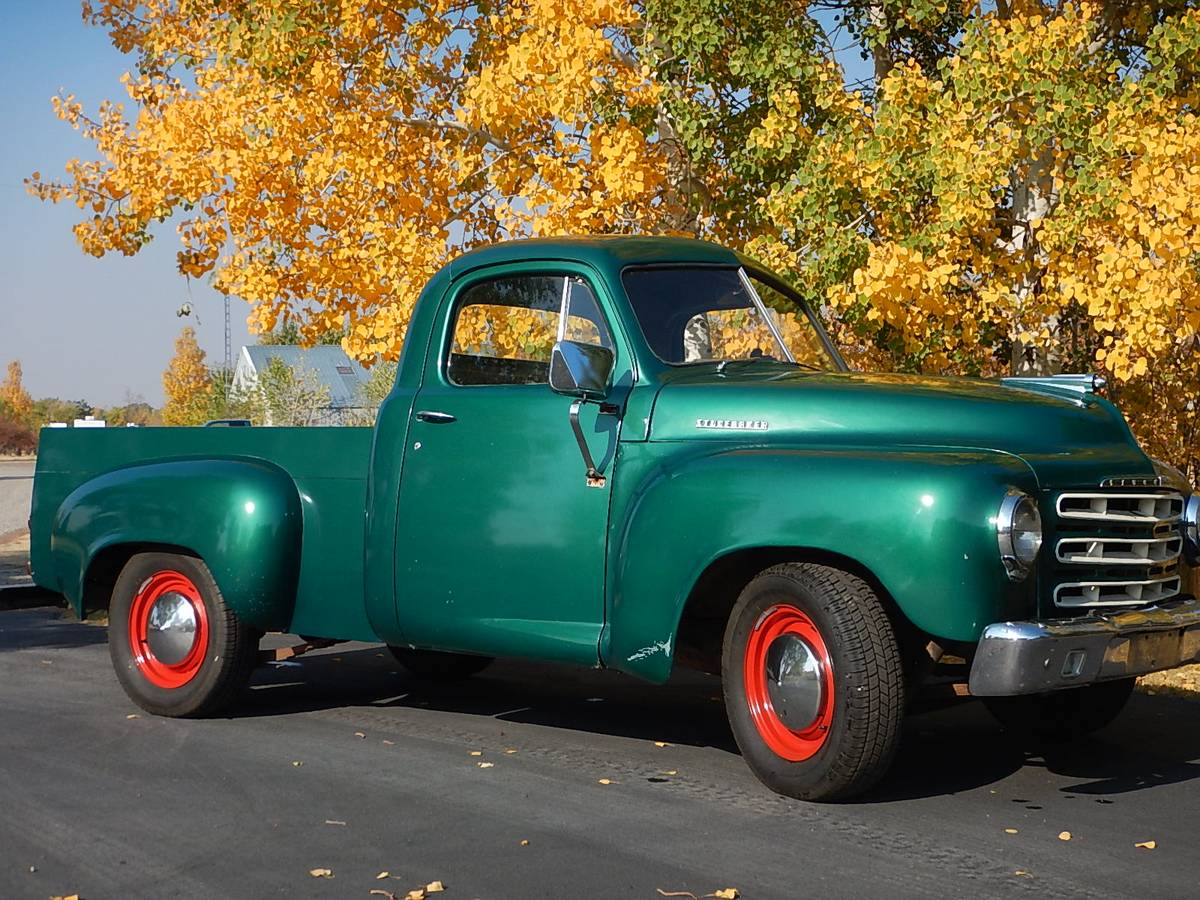 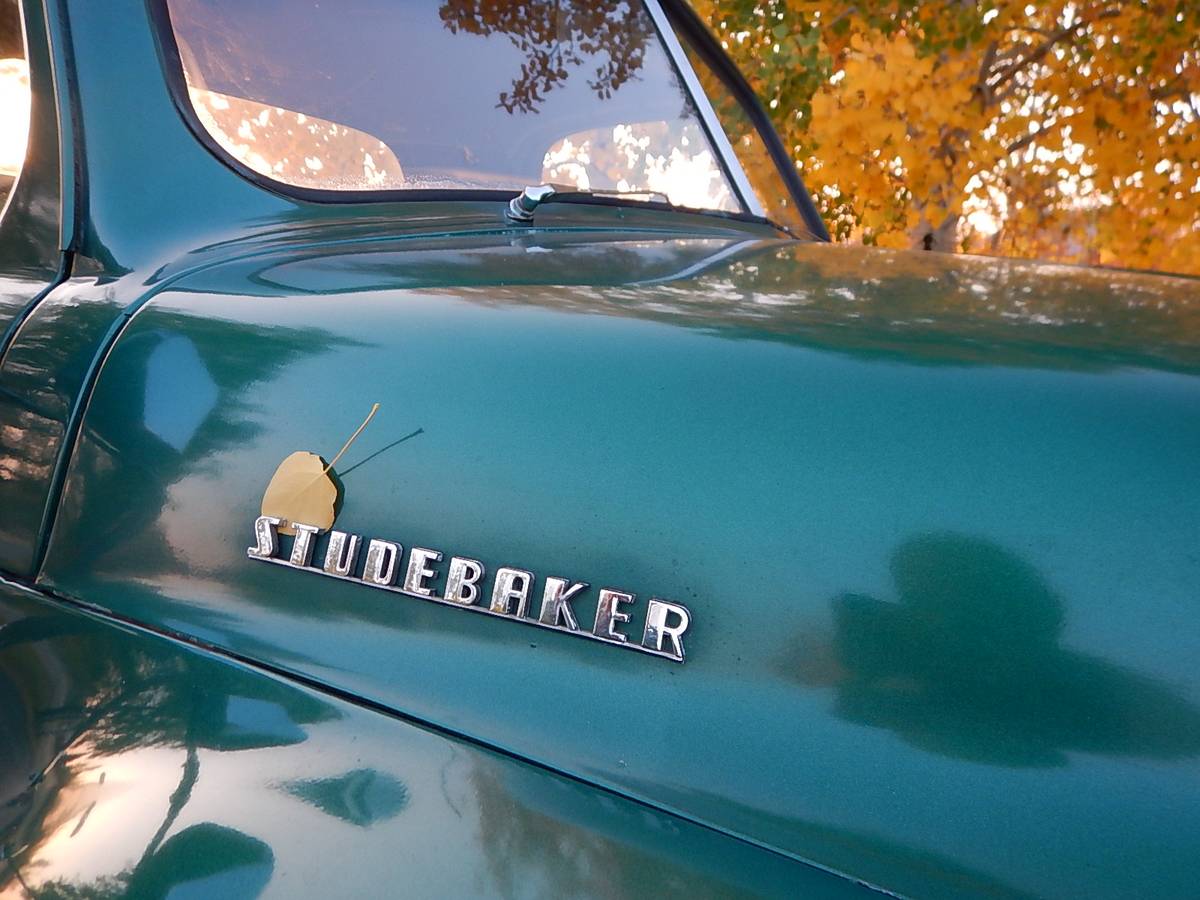 February 1, 2021 Update – We just confirmed the listing for this “Classifind” expired, so with no replacement found we’re assuming this ride “Sold?” While this one got away, please reach out either by email or call Rudy directly if you’d like to be informed when we come across something similar.

Arguably one of the more attractive pickup trucks of the early 1950s was Studebaker’s 2R models exemplified by this green over red 2R5 originally listed in November 2020 on Craigslist in Bozeman, Montana for the current asking price of $15,500. Researching the Collector Car Market Review Online Tool reveals the private seller has their vintage Stude priced between this guide’s #3 “Good” estimate of $11,350 and its #2 “Very Good” appraisal of $17,200.  Similarly, the Hagerty Insurance Online Valuation Tool as a second data point confirms this private seller has his full-size Ford priced between the #4 “Fair” (Daily Driver) estimate of $8,300 and the #3 “Good” appraisal of $17,000.

Mike McNessor provides a nice history of the Studebaker 2R Trucks in the October 2011 issue of Hemmings Motor News:

The M was Studebaker’s first crack at a dedicated light truck; all previous attempts had been passenger cars with cargo beds. Right up until the end of production, the M was a breadwinner for South Bend–in 1947, the company built 23,377 M5s, surpassing the total of all motorized commercial vehicles produced by Studebaker during the years before World War II.
Losing this momentum and market share wasn’t an option, so the 2R would have to be attractive enough to draw in buyers, yet tough and practical enough to handle hard work. Raymond Loewy’s styling chief, Robert Bourke, was charged with the task of making the 2R appealing to buyers from the swelling Ford and GM camps or perhaps convert some Dodge and International Harvester loyalists.
The upright look of the Studebaker M5 was gone, replaced with a rounded, streamlined look, somewhat reminiscent of GM’s Advance Design rigs, but somehow more modern. One of the truck’s most dramatic styling cues wasn’t added by designers but rather subtracted–there were no exterior running boards or steps on this truck, neither beneath the doors nor at the front of the bed. Further distinguishing the 2Rs, they shared no body panels with Studebaker cars, though bits and pieces were swiped from the parts bins: headlamp rims and a hood ornament from the Champion, as well as hubcaps from the Commander. Finally, to ensure that the bed’s streamlined look remained dent-free, the sides were double-walled–a standard design in years to come, but unusual in the late 1940s. The 2R5 series 1/2-ton trucks were equipped with 6 1/2-foot boxes, the 3/4-ton 2R10 and 2R15 used 8-foot boxes, and all of the 2Rs could be purchased as a cab and chassis or with a stake bed.
Under the sheetmetal, the new 2R wasn’t a major departure from the M series trucks. The inline six-cylinder flathead “Econ-O-Miser” engine was carried over and was standard issue for all of Studebaker’s light trucks. The standard transmission was a column-shifted three-speed with optional overdrive connected to a stump-pulling 4.82:1 rear gear.
There were two L-head six-cylinder powerplants on tap for Studebaker’s 2R series trucks: the Econ-O-Miser and the Power-Plus. Initially, light trucks all ran the Econ-O-Miser while 1 1/2-ton and 2-ton trucks used the Power-Plus. The Econ-O-Miser, which was used in the Studebaker Champion, measured 169.6-cu.in. and was rated at 80hp, whereas the Power-Plus, which was used in the Studebaker Commander, checked in at 245-cu.in. with 102hp. Midway through 1950, the 245-inch Power Plus was made available across the board, while the 169.6-inch L-head received a compression ratio increase from 6.5:1 to 7:1, raising the horsepower from 80 to 85. (The 1/2-ton trucks with the 245 six-cylinder were known as 2R6s while 3/4-ton trucks with the larger engines were known as 2R11.) Studebaker didn’t offer V-8s in trucks until 1955.”

Here’s a 1950 vintage Studebaker commercial highlighting the toughness of both their car and truck lines of the period:

The current caretaker indicates their 2R5 received a repaint at some point in what appears to be a hue similar to the period-correct Highland Green, albeit with metal flake now. No harm, no foul in our opinion as it really makes the curves of this Studebaker pop. The only thing we would immediately change is what appears to be astroturf-style green carpeting with something more subdued and period correct.  Good luck with the purchase!

This is a unique 70 year old classic pickup in that it is mostly all complete and pretty much original with no rust through. (cab floor, cab corners, fenders etc.) The truck has been stored for the last 8 years or so and is probably an 8 out of 10. It is a western truck.

It has been repainted some time ago and looks great. The truck must not have been used to haul much as the bed floor, sides and tailgate are almost perfect. The truck has nearly new uniroyal tiger paw tires and a professionally rebuilt carburetor, new battery and fresh oil change. It will make a neat driver, easy restoration project or what have you. 170 cu.in. Flat head six with a 4 speed transmission.

have clear title in hand, no scammers please”