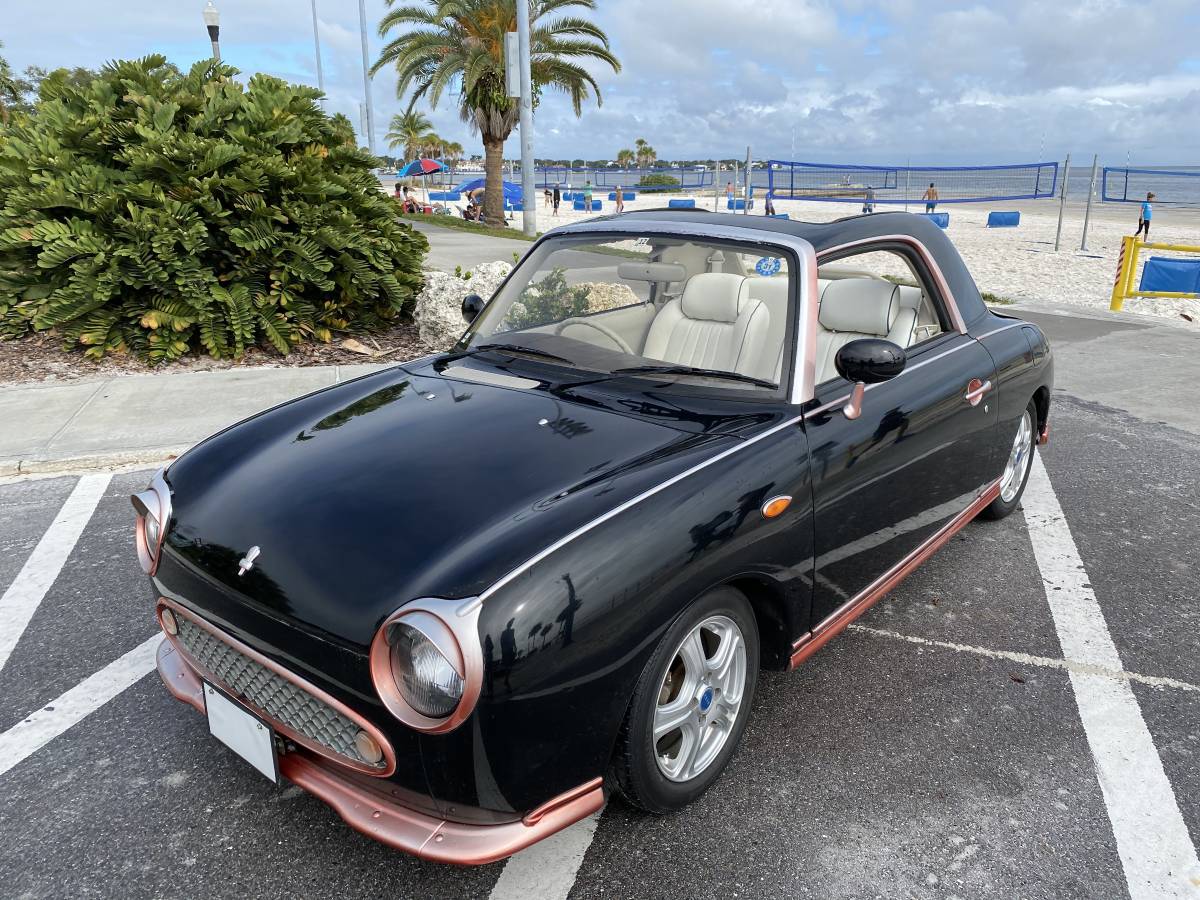 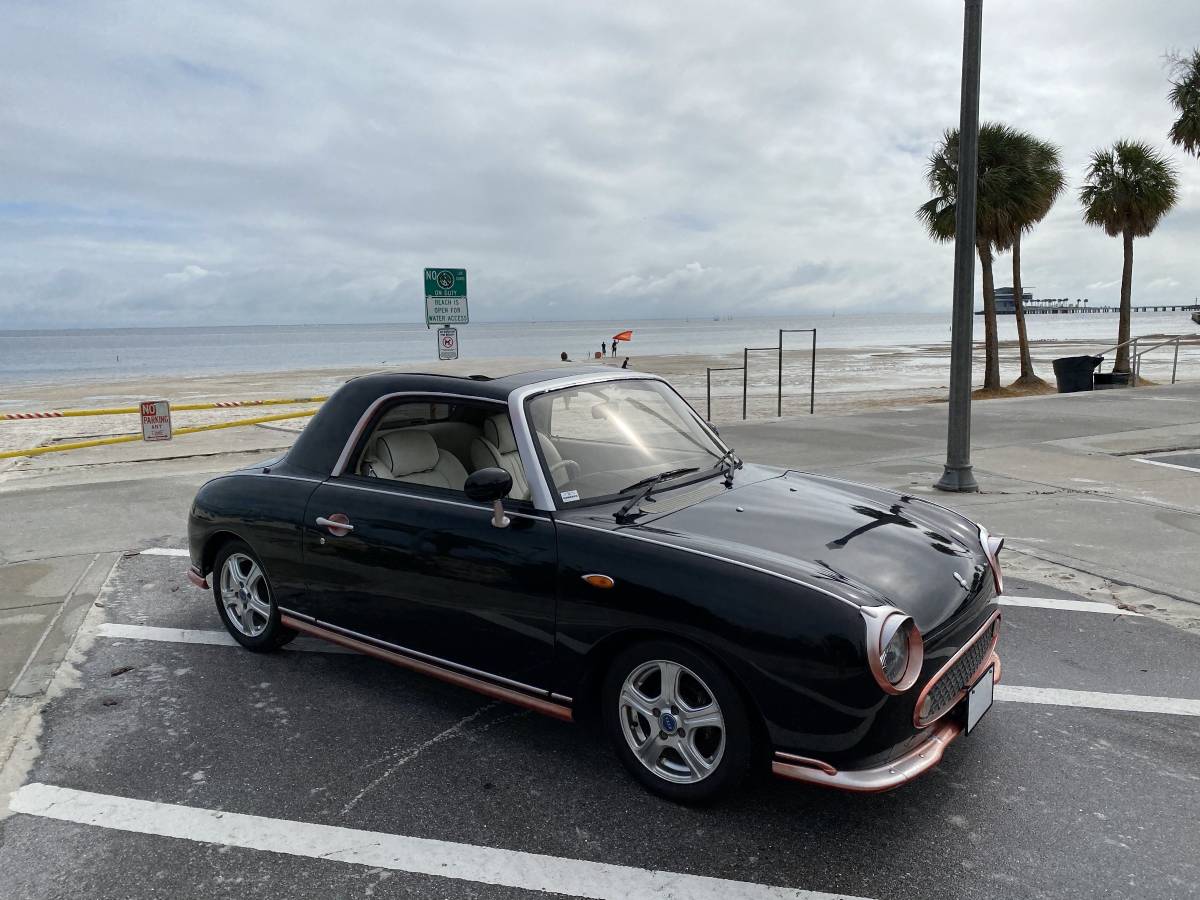 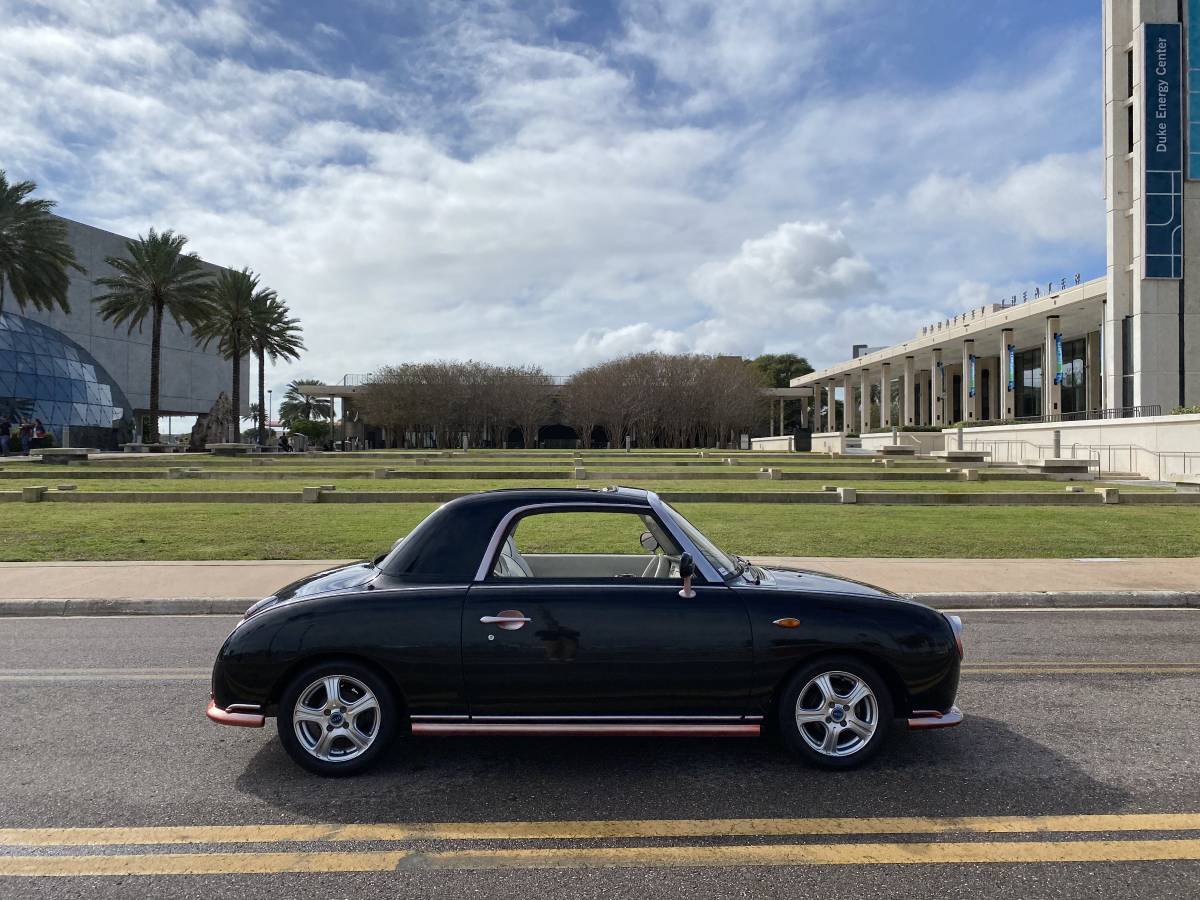 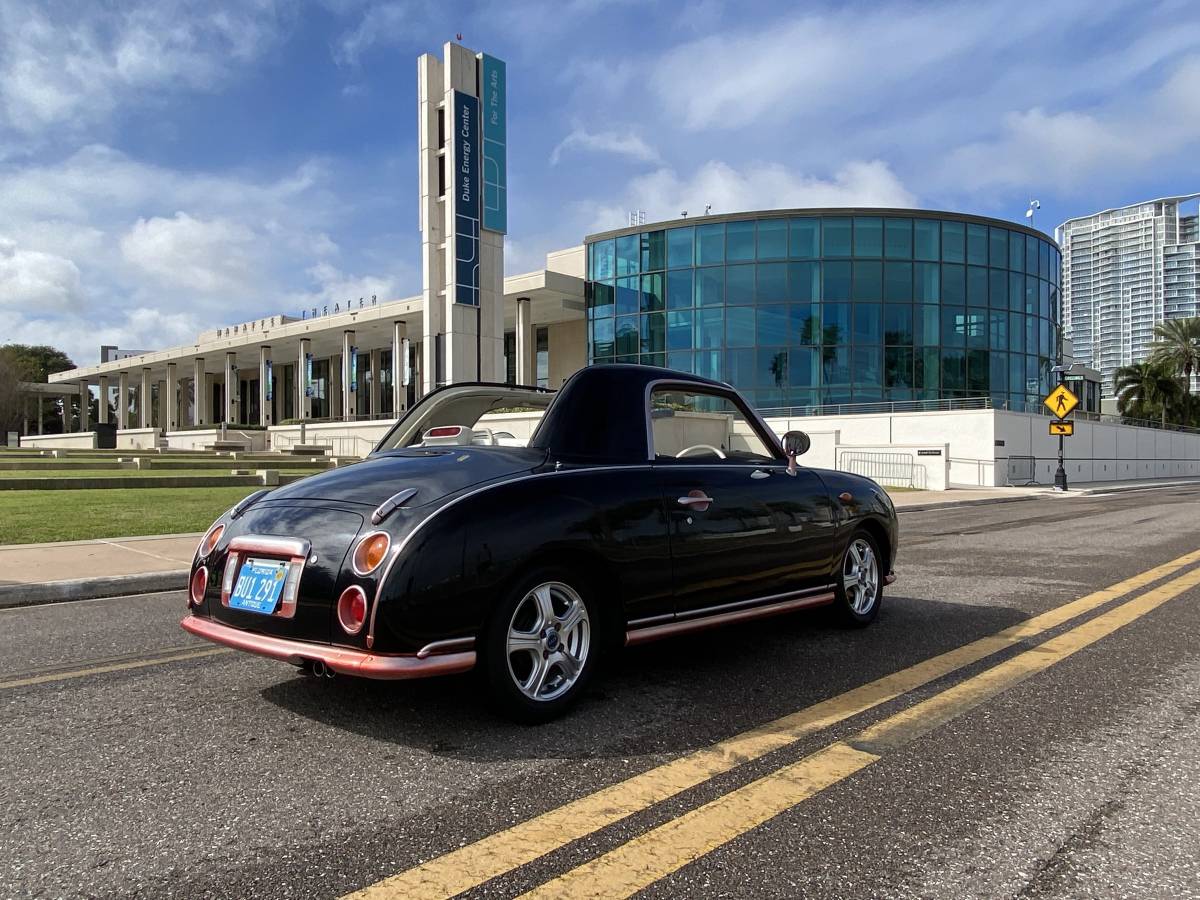 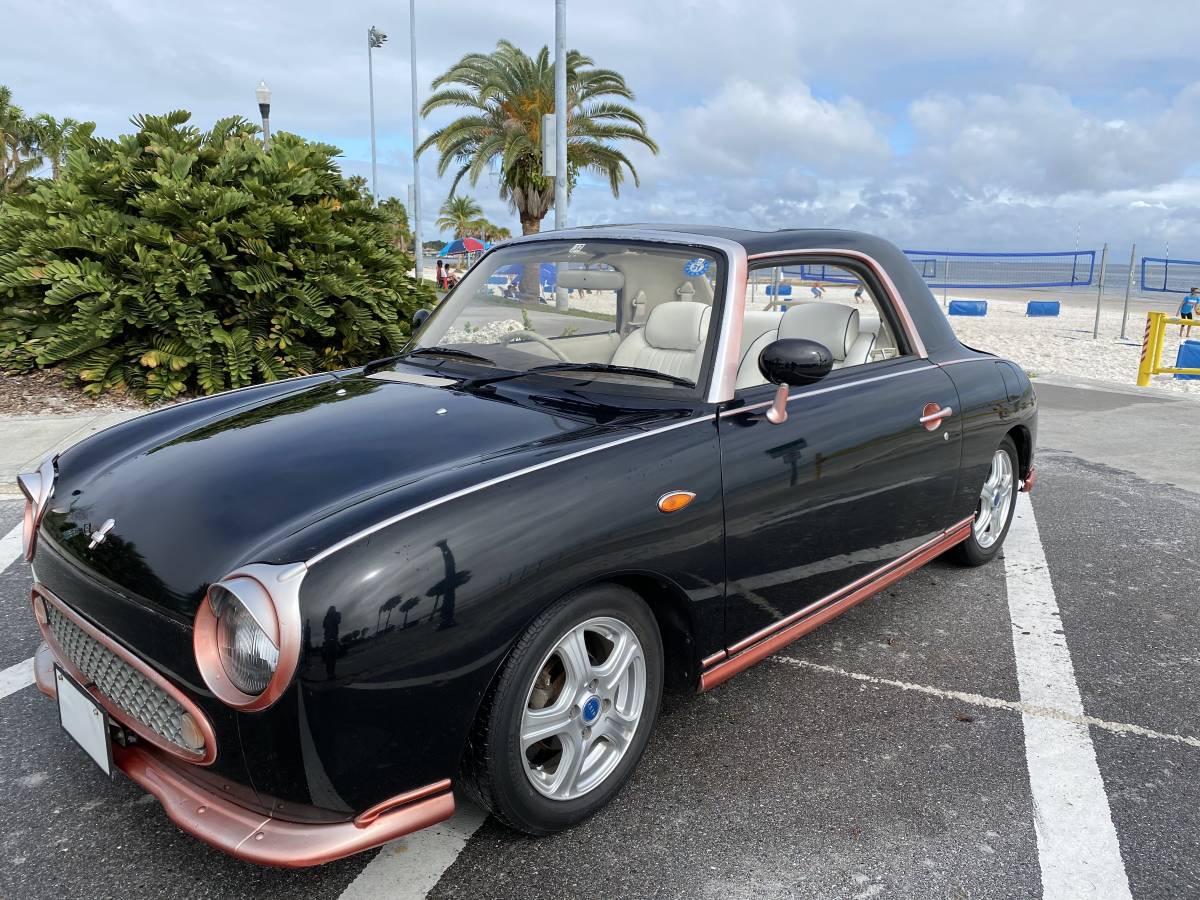 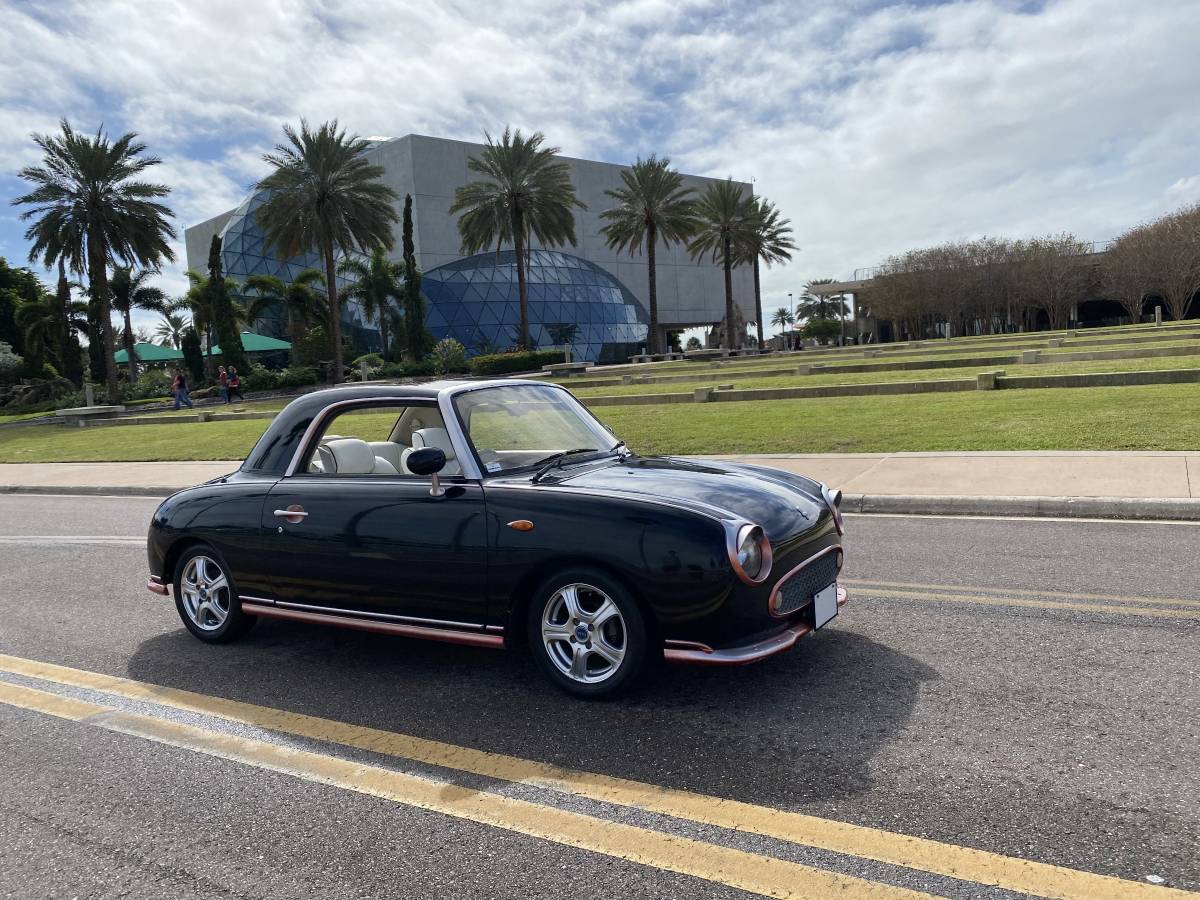 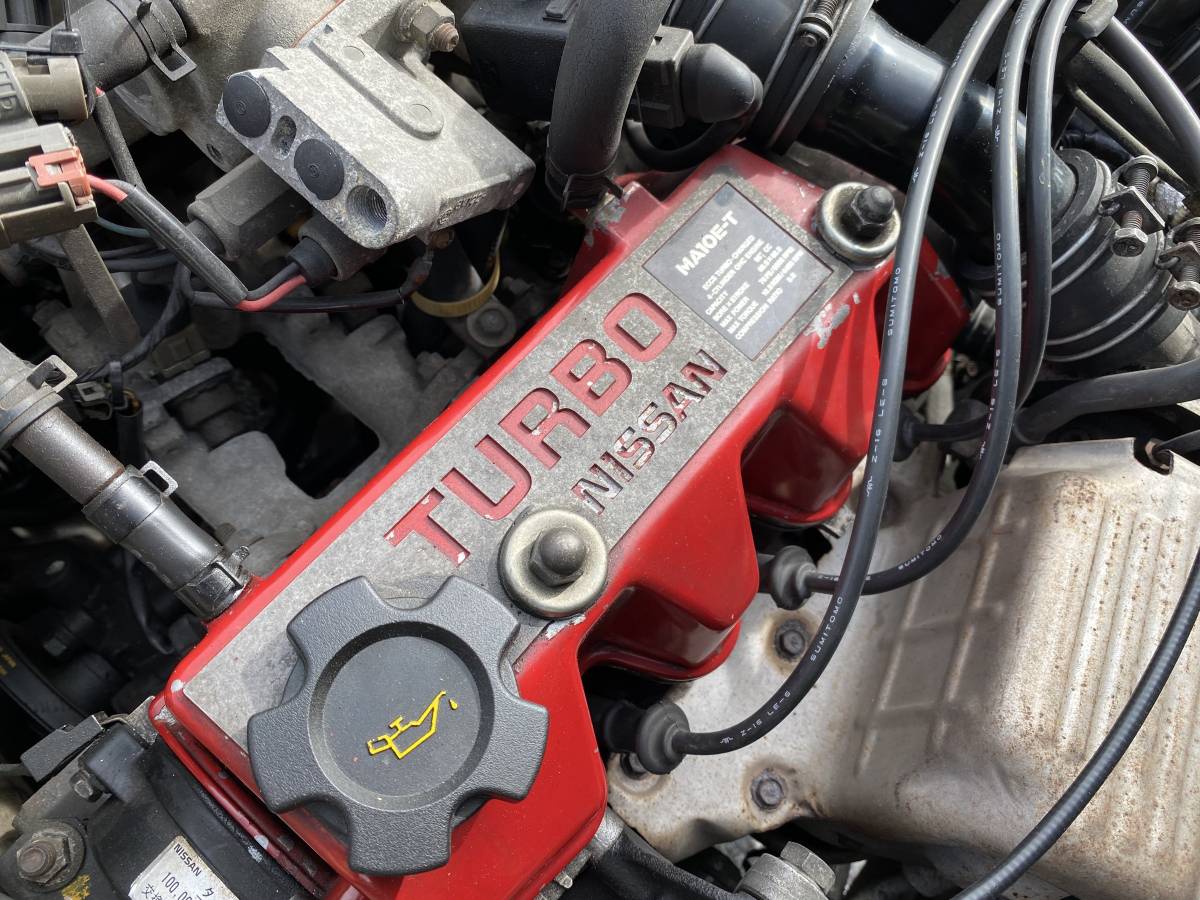 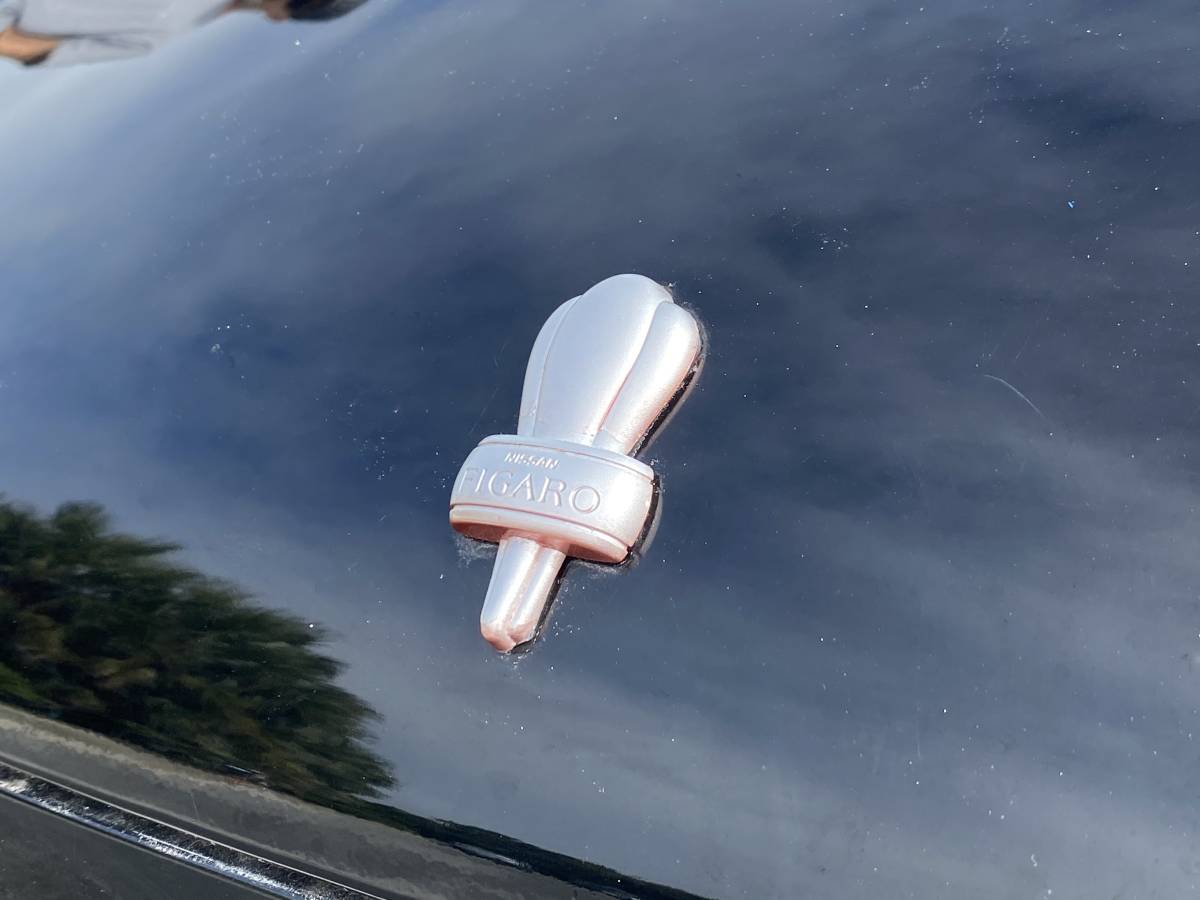 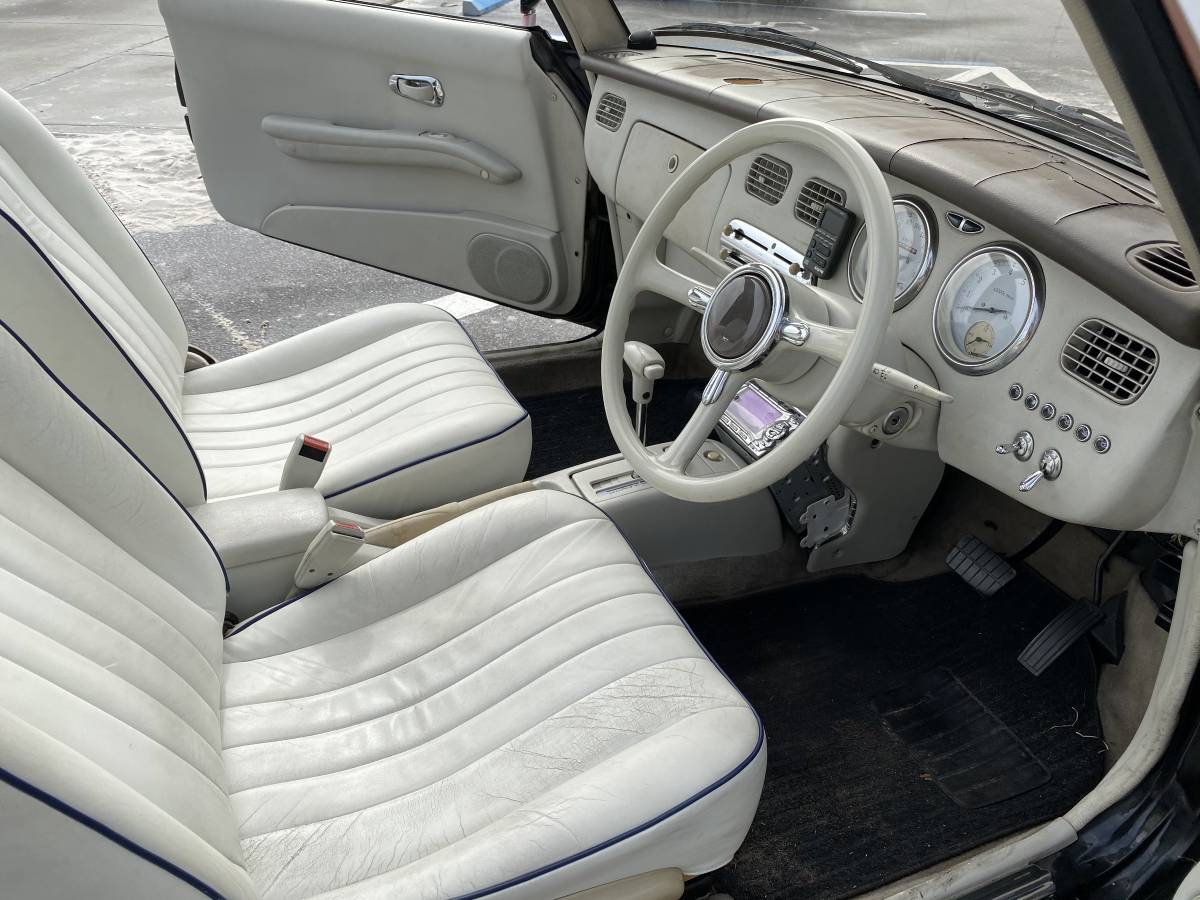 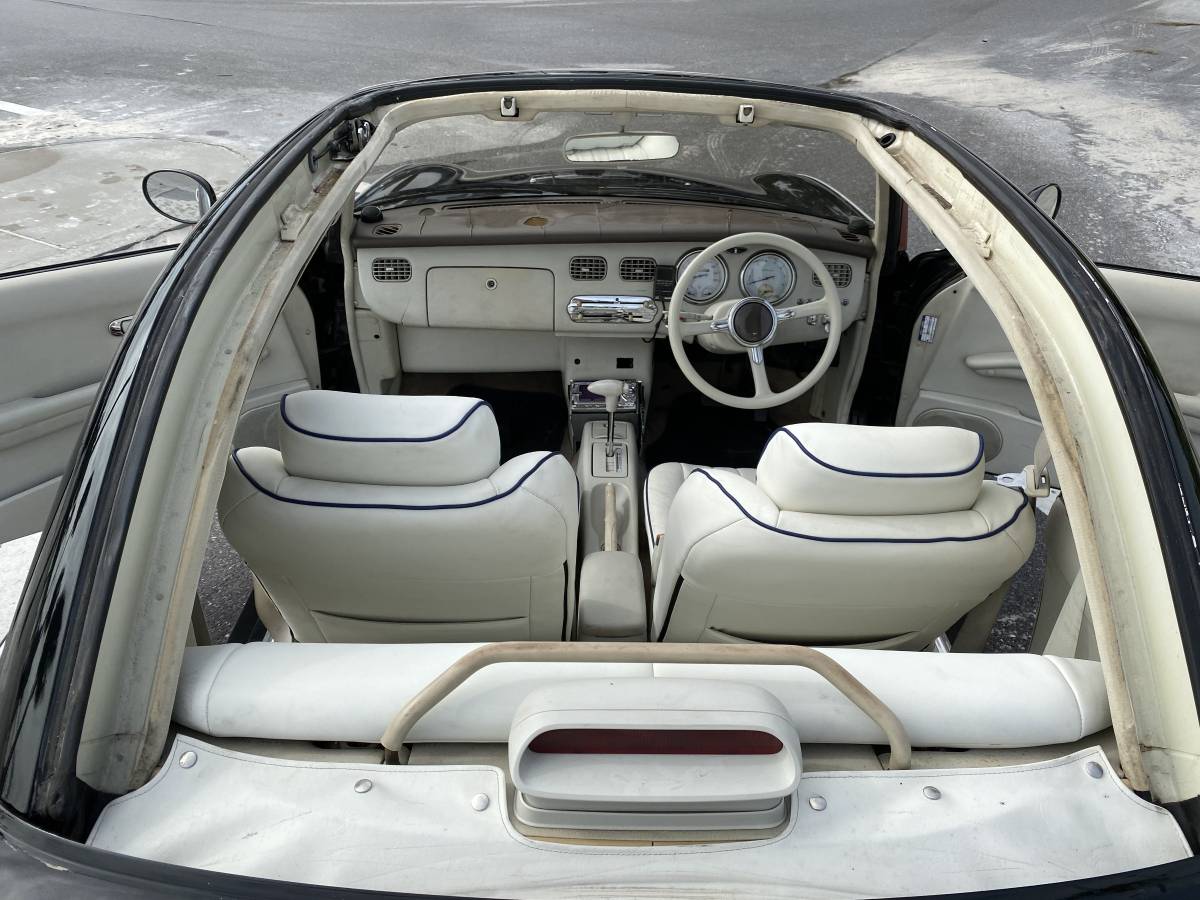 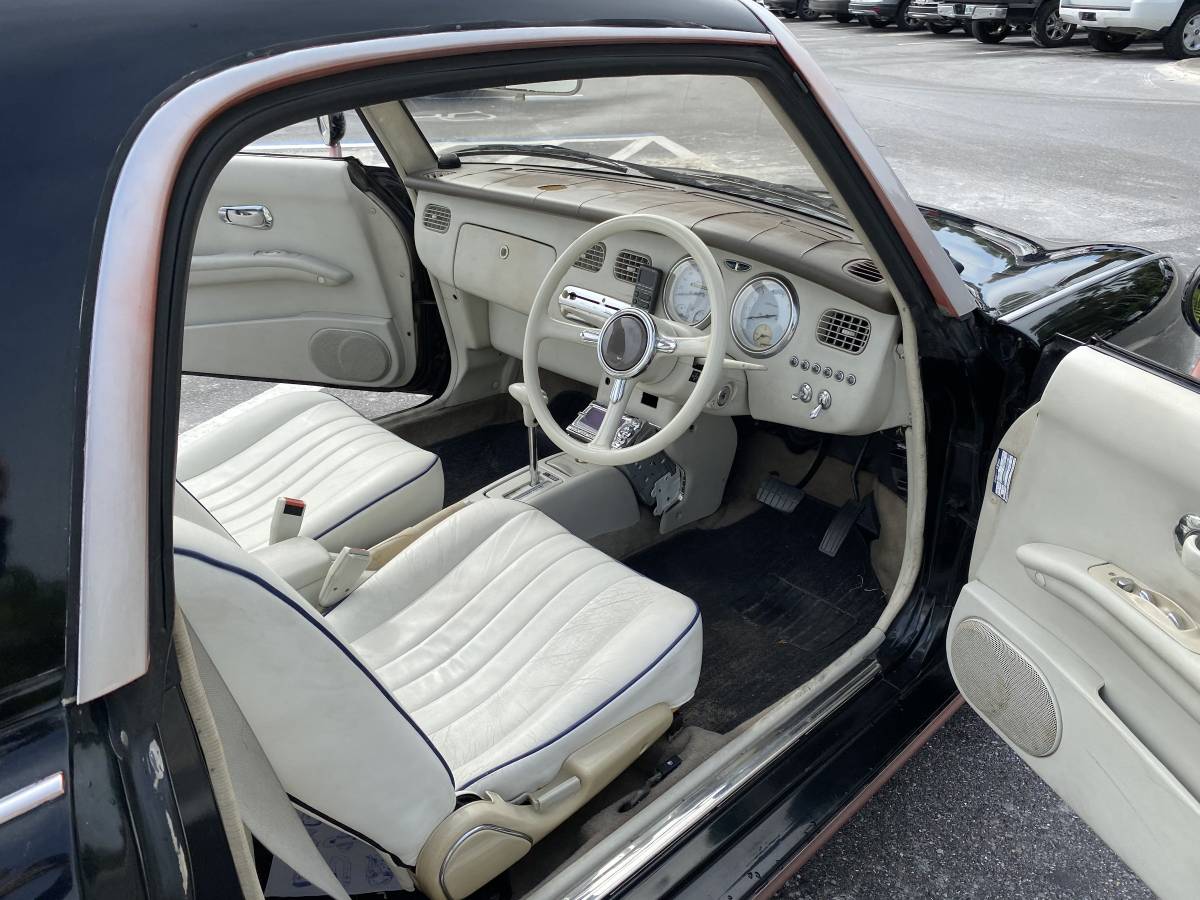 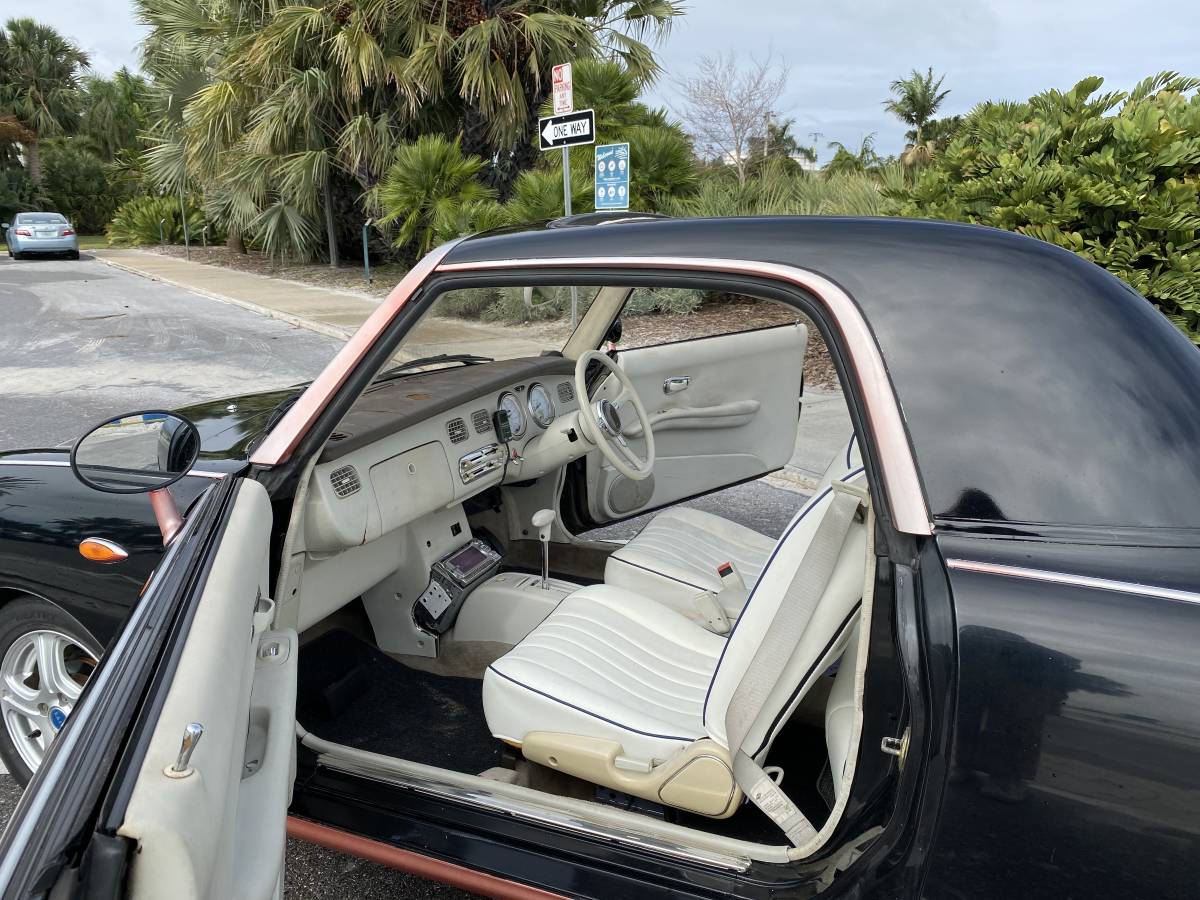 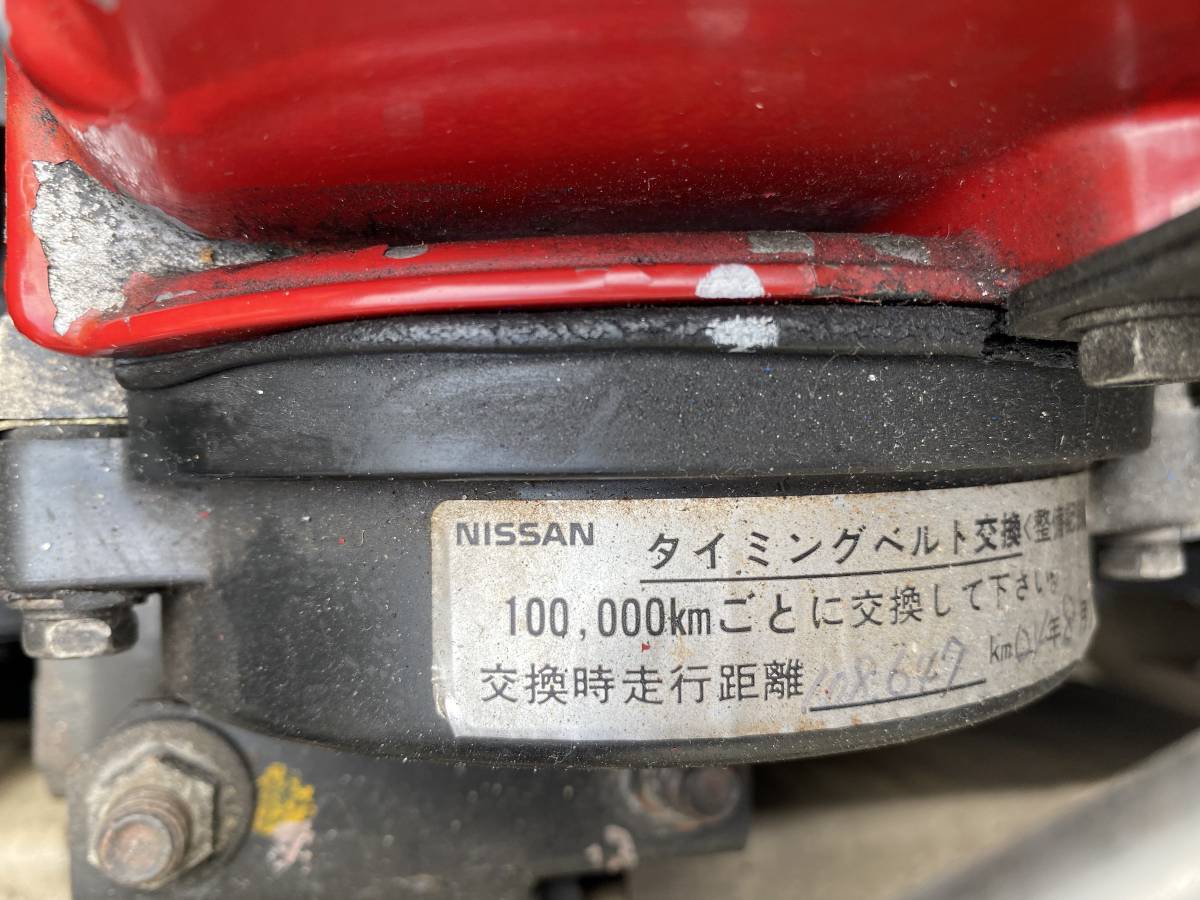 When we think of forbidden fruit from Japan, images of Nissan Skylines and Toyota Supras tend to dance through enthusiasts’ heads. But right after that, you might see a vehicle that even the most horsepower-obsessed enthusiast would admit to finding quite charming. Enter the Nissan Figaro, a limited production retro-inspired ride that was never sold stateside can now be imported after 25 years.  This example was originally listed on Craigslist in December 2020 in Tampa, Florida with 76,000 miles and all of its importation paperwork squared away, listed with an asking price of $10,700. Comparing this price against the Hagerty Insurance Online Valuation Tool confirms this private seller has this unusual Figaro priced just above the “Good” valuation of $10,500.

Nissan was quite a few years ahead of the retro-inspired movement that triggered significant new models like the Volkswagen New Beetle, Mini Cooper, and throwback Ford Mustang. The intent wasn’t necessarily to spawn a movement when Nissan decided to introduce a dedicated lineup of reimagined vintage designs under the guise of “Back to the future.” Each of the cars made by Nissan as part of this limited release were built in a dedicated facility on shared platforms with other Nissan vehicles, but little else in common with its mainstream siblings. Perhaps surprising everyone, demand was significant, and supply was quickly outstripped by consumers looking for the perfect beach or city car. And if the looks weren’t smile-inducing enough, the top folds away like a gigantic retracting sunroof, making it a car practically born for warm-weather states near the ocean.

Here’s a quality 30-minute long buyer’s guide just posted last week by a British couple on the Late Brake YouTube Channel who happen to be long-term owners of a Figaro:

Those really the best kinds of places to use a small coupe such as the Figaro, which comes with a mere 76 horsepower via its turbocharged one-liter four-cylinder engine. They don’t like highways but using one for commuting purposes sort of defeats the point. This example, like so many others, has been imported in the not-too-distant past and is more of a driver-quality specimen with slightly tatty cosmetics and what appears to be a non-stock color change. The options list for a Figaro was fairly limited, including just four factory paint colors, and black wasn’t one of them. The Figaro does appear to sit a touch lower than stock with non-OEM mags, so overall, this one wears the tastes of its previous owners in more ways than one. Still, with cream of the crop examples going for $20,000 or more, this may be the cheapest path to entry for such a rare and unusual import. Good luck with the purchase if you take this Radwood-approved oddball home.

“1991 Nissan Figaro JDM Classic
Fresh import from Japan ready to go. Drives amazing and is so much fun. Only 20,000 made. Collector car. It is not perfect, mechanically solid with great bones but could use some interior work as you can see in the pics. Restore it or rock it as is. Turbo sounds amazing. New battery, air cleaner, fuel filter, plugs, cap and rotor. Right hand drive, automatic.
Low miles Only 122500 KM / 76000 miles .
I have all import papers in order and ready to be titled. Just titled a car for myself so can assist if need be.
Priced to sell. NO JOY RIDES or Low Ball offers.
10,700 OBO
Yes people will stop you and want to talk about this car. Its a one car parade.“