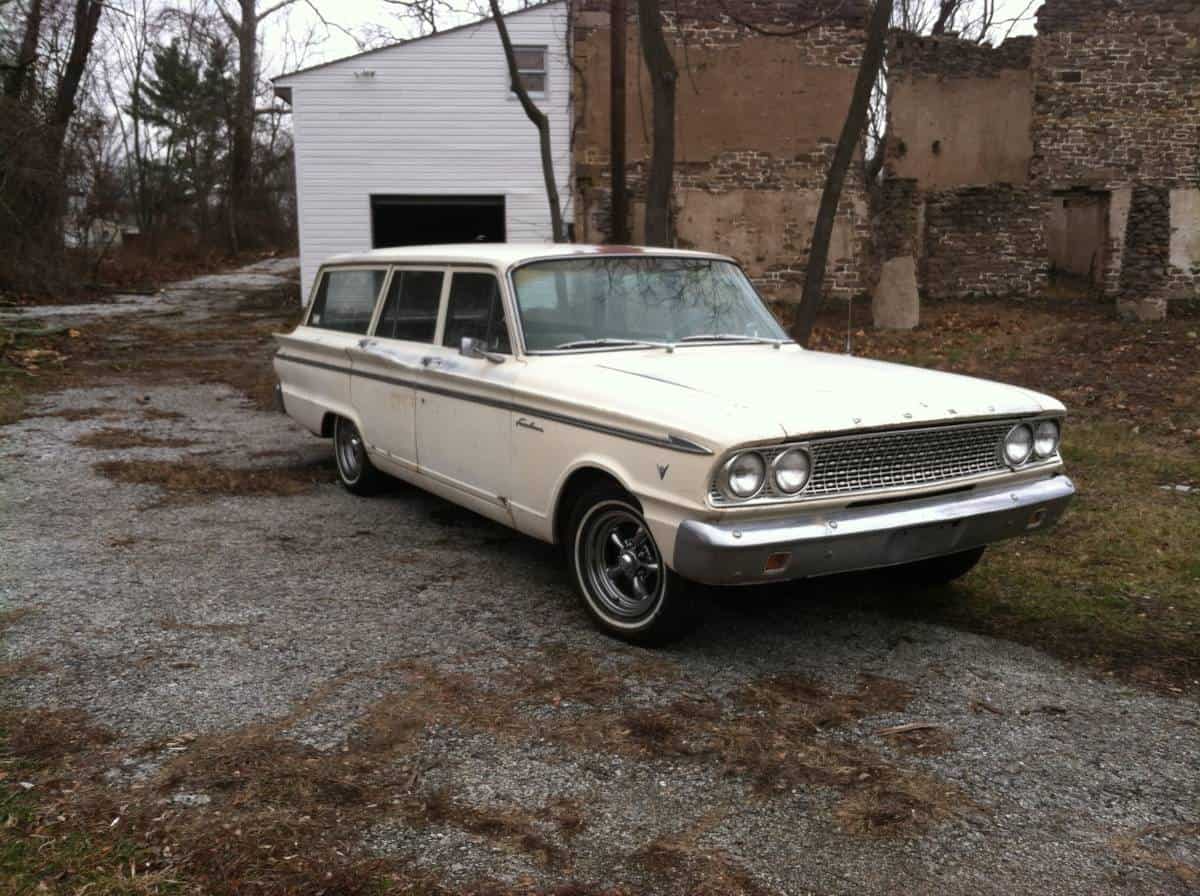 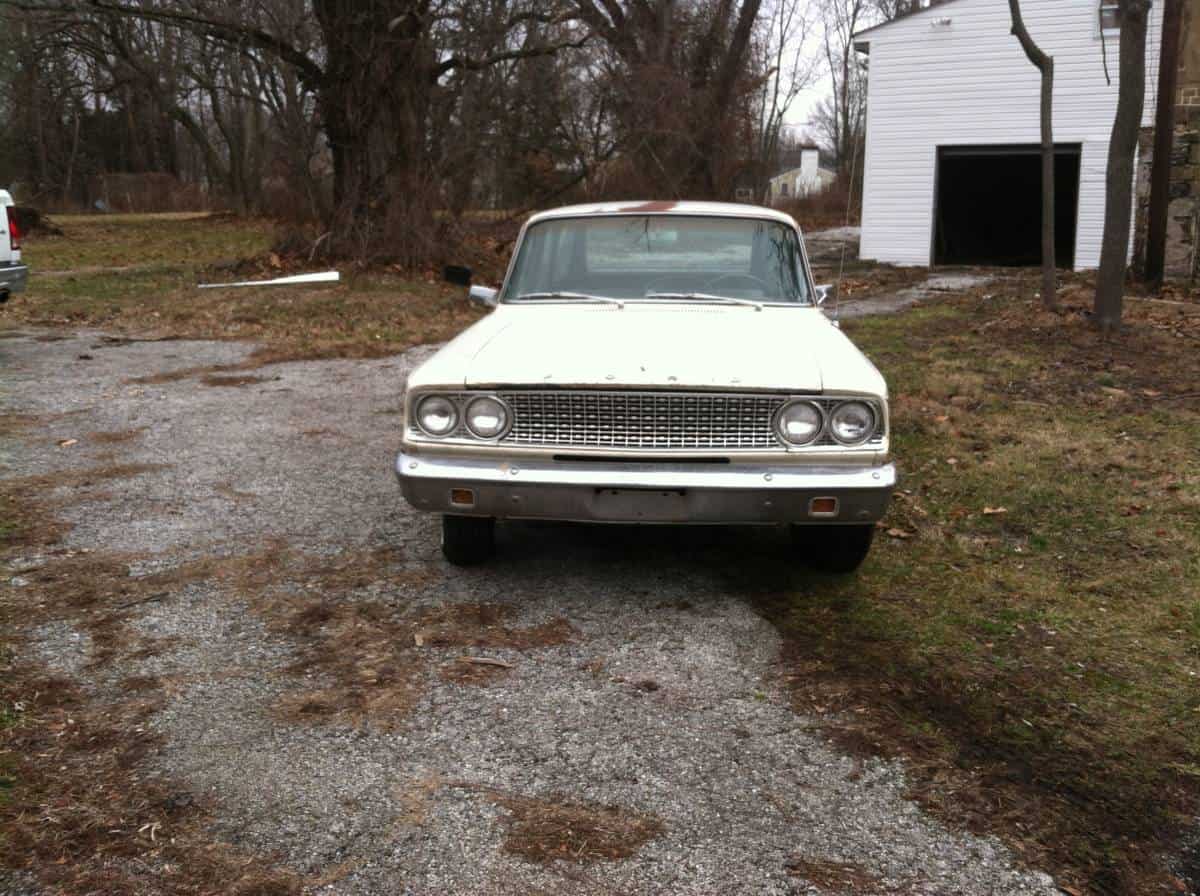 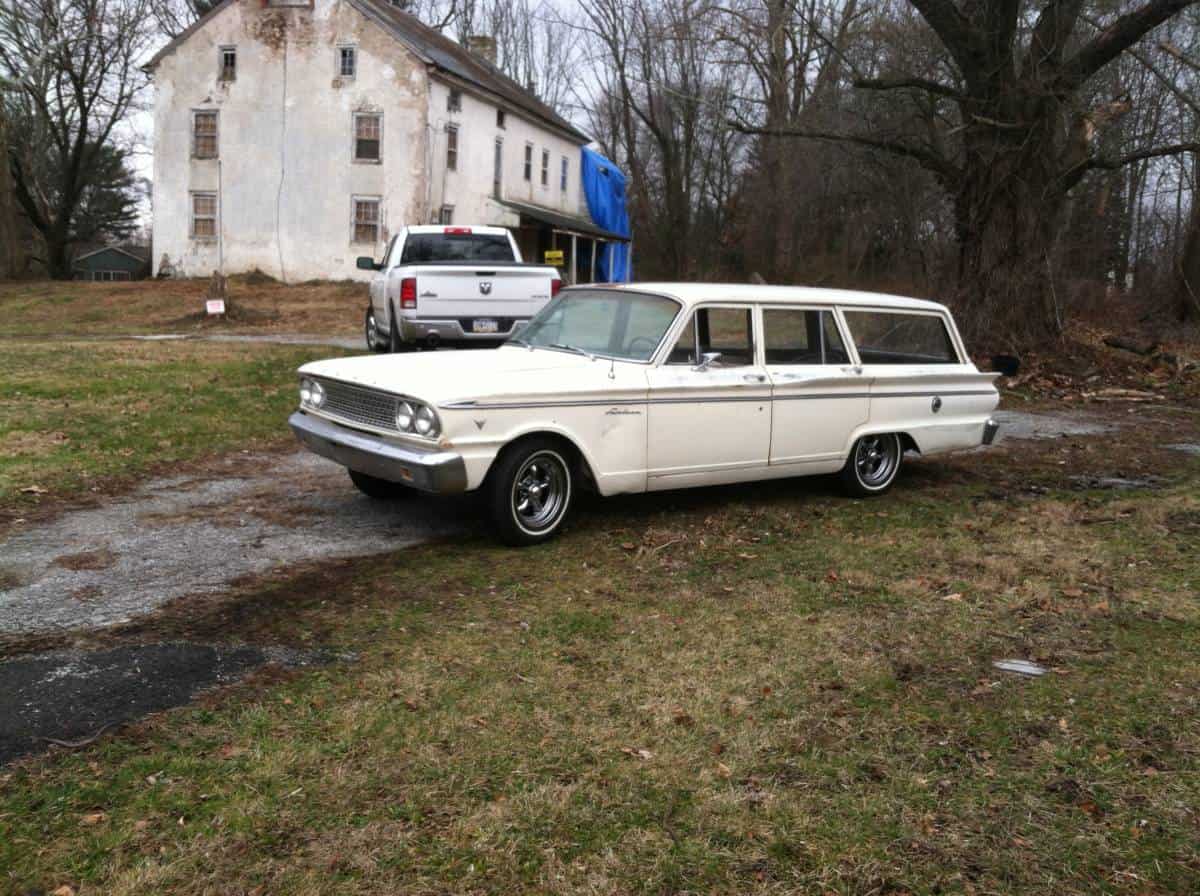 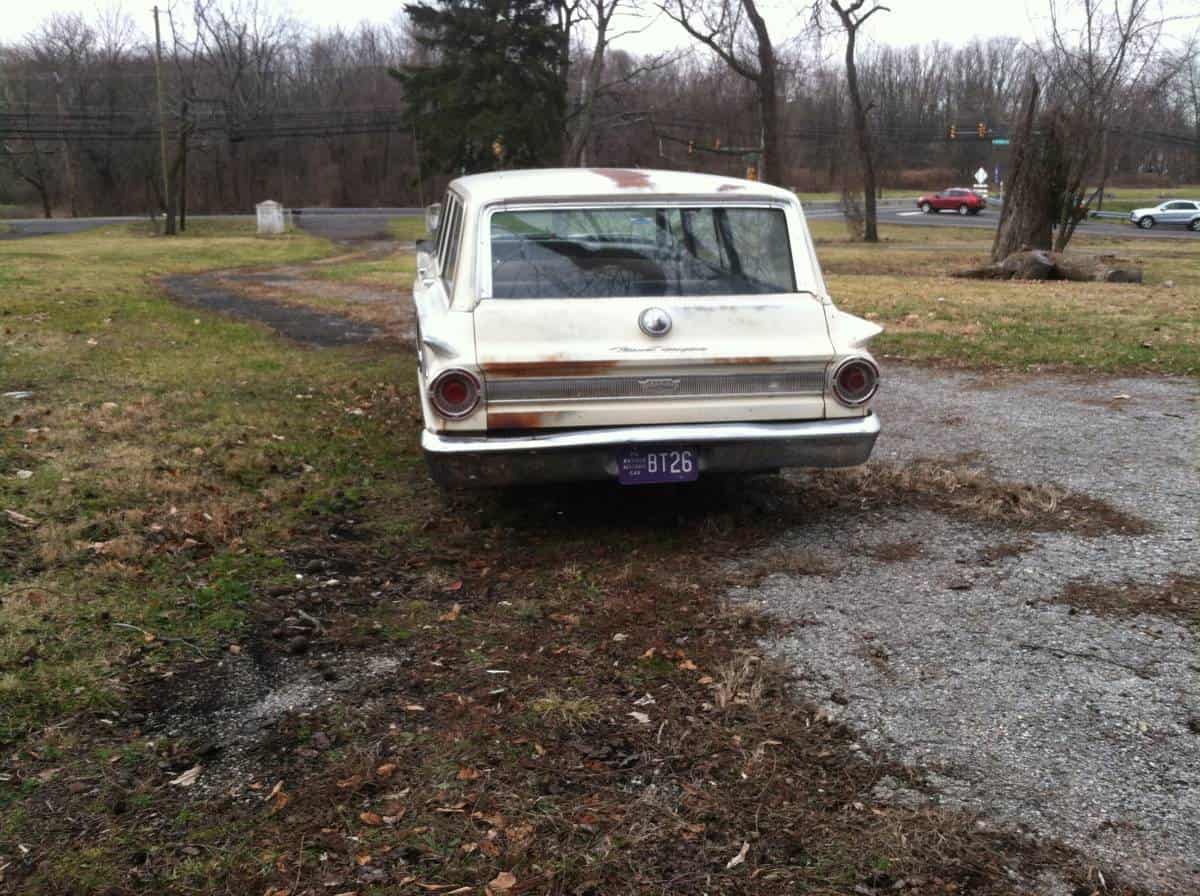 January 13th, 2021 Update – While the listing of this oddly changed ’63 Fairlane expired, based on the private seller’s past history we have a feeling we will see this car listed yet again very soon, one year after we first featured it.

December 8th Update – The private seller of this ’63 Fairlane we’ve been tracking since February just posted a fresh listing with the same description and pictures while standing firm on their $4,200 asking price and now that price does not include the period-correct five-spoke wheels.

July 21st Update:  We originally featured this 1963 Ford Fairlane Station Wagon back in February when we were shocked the desirable factory equipped V8/stick-shift powertrain had been swapped out for an inline-six/automatic combination.  Apparently, no one bought it then as we just came across a new listing with the price lowered to $4,200.  Unfortunately, the seller still doesn’t provide pictures of either the interior or the engine compartment.

Just when you think you’ve seen it all, along comes this 1963 Ford Fairlane Station Wagon first listed in February 2020 on Craigslist in Ivyland, Pennsylvania for the revised asking price of $4,200, which is $1,200 less than the original $5,400 asked in February.  This has to be the first collector car we’ve come across, for whatever reason, despite it leaving the Ford Factory with what would normally be a very desirable V8 connected to a manual transmission, is now saddled with a straight six connected to a C4 automatic transmission.  In any event,  checking the Hagerty Insurance Online Valuation Tool confirms the seller has his wagon priced $3,500 less than the #4 “Fair” (Daily Driver) estimate of $7,800.

Originally used as a trim level on Ford’s full-size models, for 1962 the company’s marketers moved the “Fairlane” name to their intermediate line-up as a way to bridge the gap between the compact Ford Falcon and the full-sized Galaxie, making it a competitor for General motors new A-body cars among others.

Like the Falcon, the Fairlane had a unibody frame, but the body incorporated an unusual feature Ford dubbed torque boxes, four boxed structures in the lower body structure designed to absorb road shock by moving slightly in the vertical plane. The suspension was a conventional short-long arm independent arrangement in front, with a traditional solid-axle supported by leaf spring in the rear.  The Fairlane was initially offered only in two-door or four-door sedan body styles.  Halfway through 1963, Ford launched station wagon versions of the Fairlane, called the Ranch Wagon and Ranch Custom Wagon.

With the original powertrain replaced with something much less desirable, we would like definitely look at replacing what is likely is a very underpowered inline-six with a modern 5.0L.  The seller also mentions this car originally came equipped with factory air conditioning, so we’d like to think that at least has been preserved.  Unfortunately, the seller did not post pictures of the interior or the engine, so you’ll need to do more homework during an in-person inspection.  The original Wimbledon White  Exterior looks good in its patina’d state, so our tastes tend to lead towards keeping it as is, especially since all of the exterior trim appears to be in place.  The period-correct five-spoke chrome wheels are a nice touch we’d also consider leaving on this Fairlane.  As long as the torque boxes and other underpinnings prove to be solid during your in-person inspection, with a bit of negotiation you’ll become the new caretaker of a good project car you can take in multiple directions. Good luck with the purchase!

“I bought this car to make a resto-rod but never had the time to start the project!
The car is very straight and only has one very small spot (2”x 2”) of rust through the floor. The car does have some minor surface rust (patina). Originally this was a V-8 stick shift car with air conditioning. The car now has a 6 cylinder with a C-4 automatic transmission. Wagons are hot right now and you will not find a straighter more solid body than this Fairlane. Please note: wheels shown in picture do not go with car, comes with steel wheels and 14” tires.