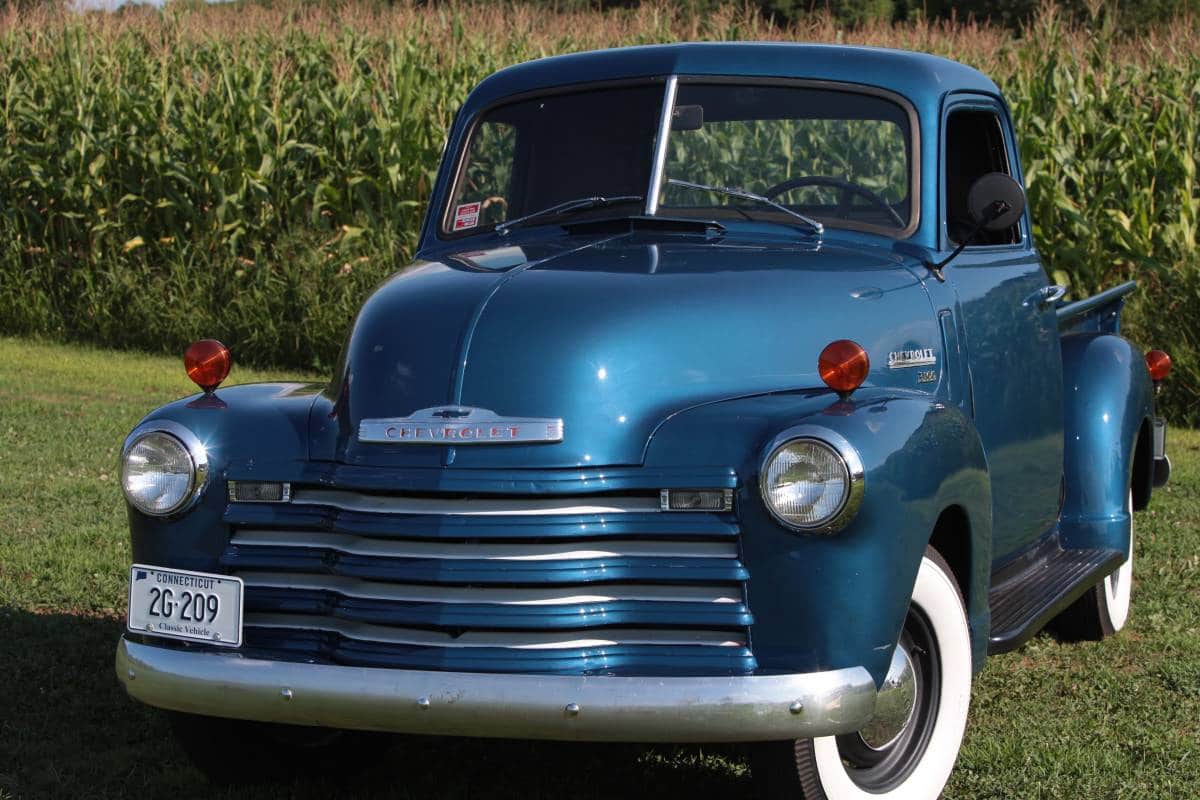 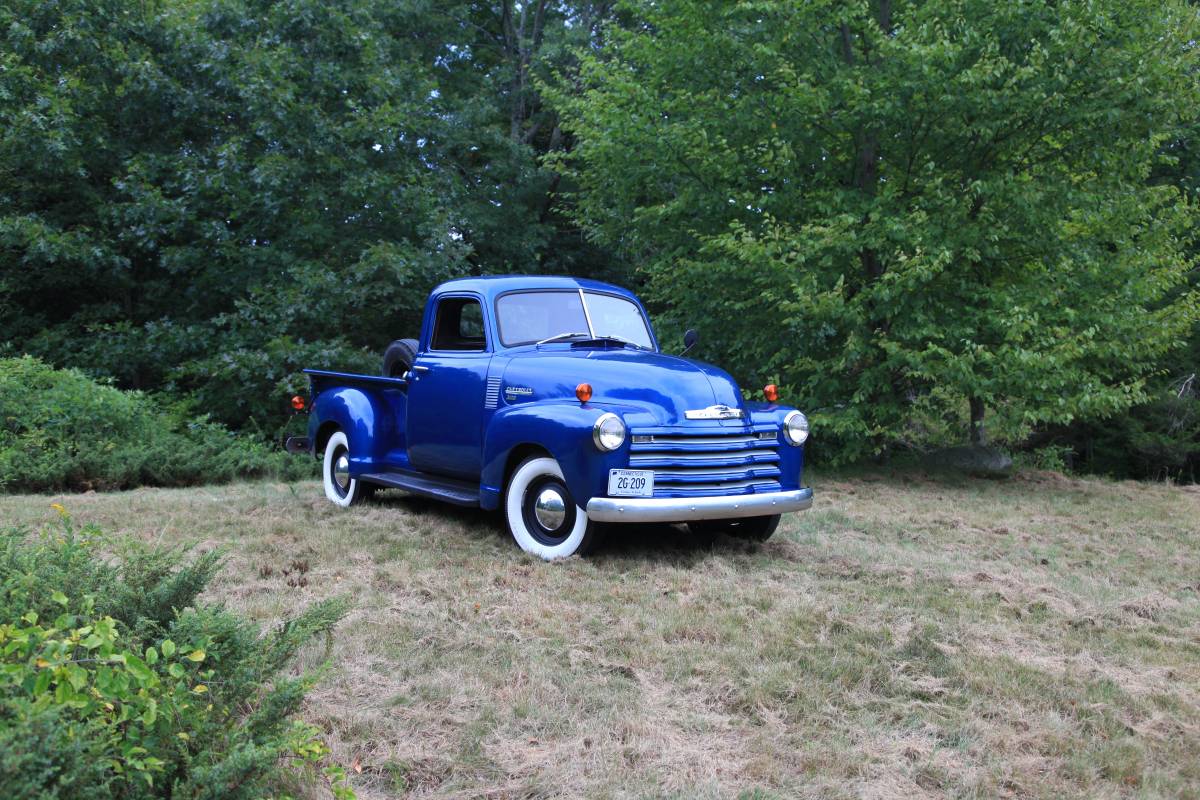 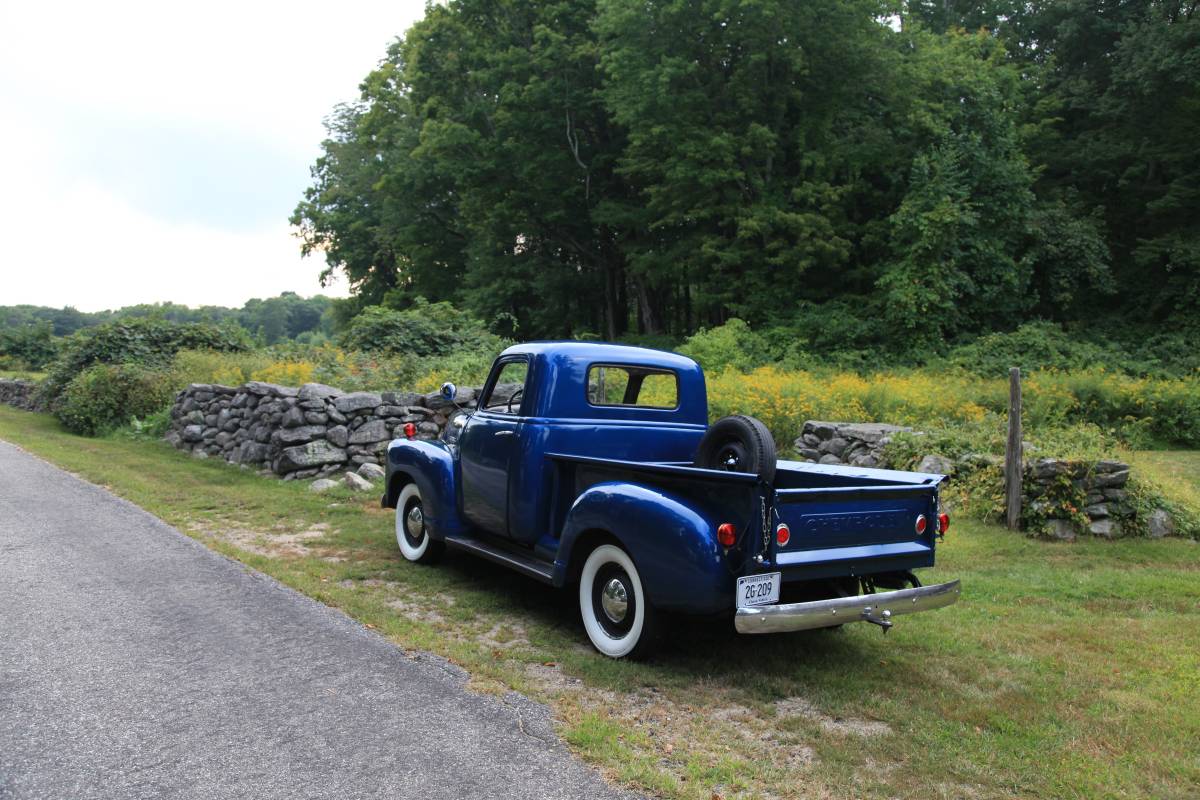 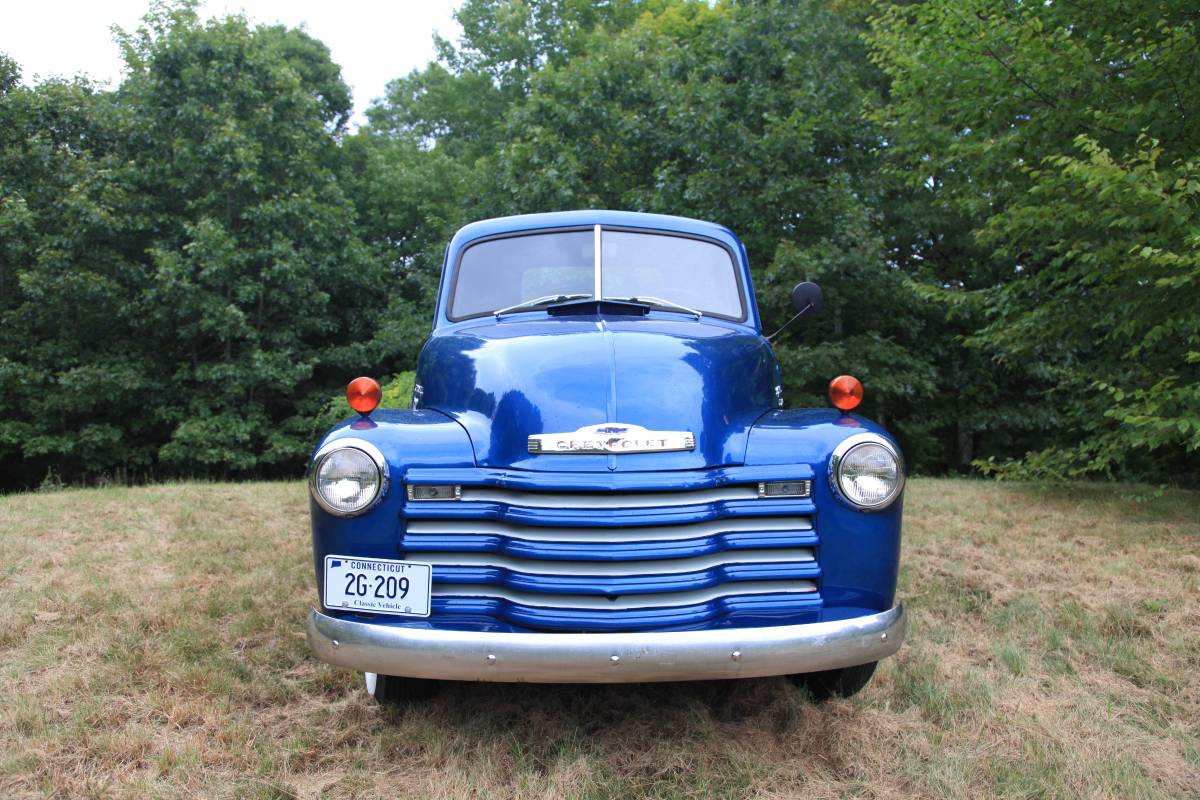 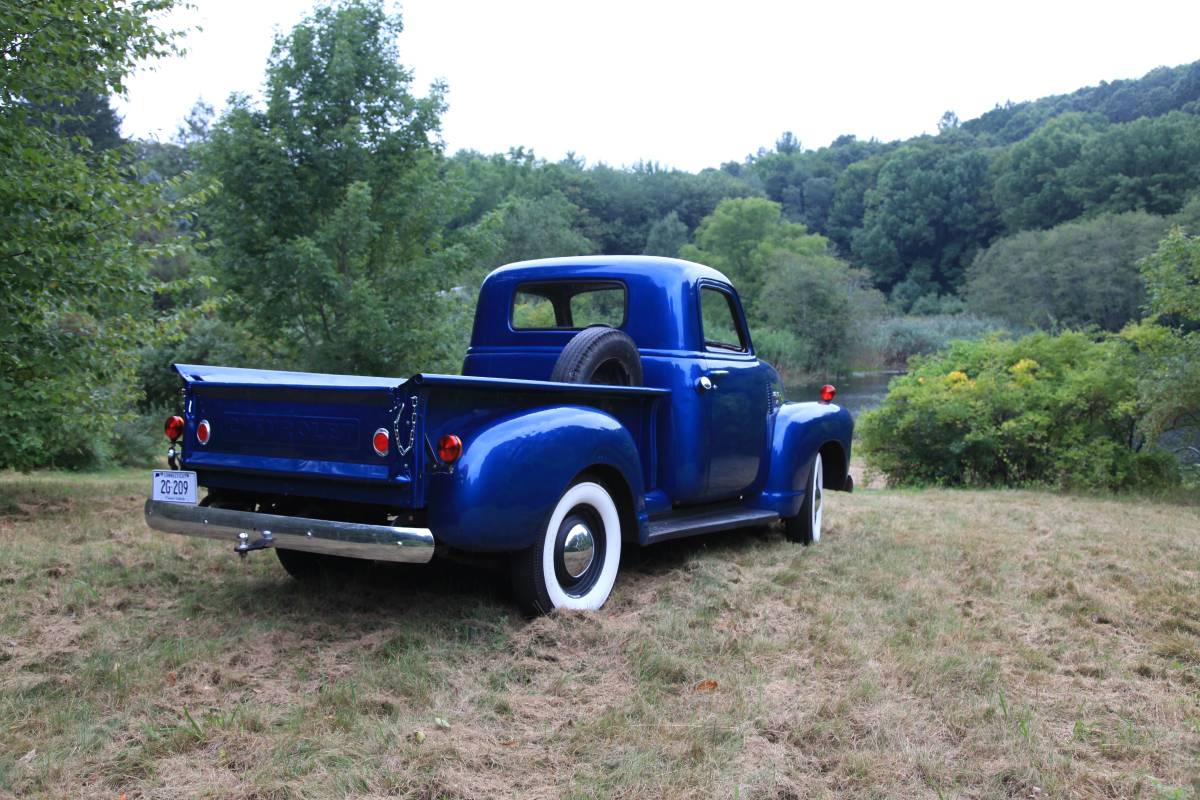 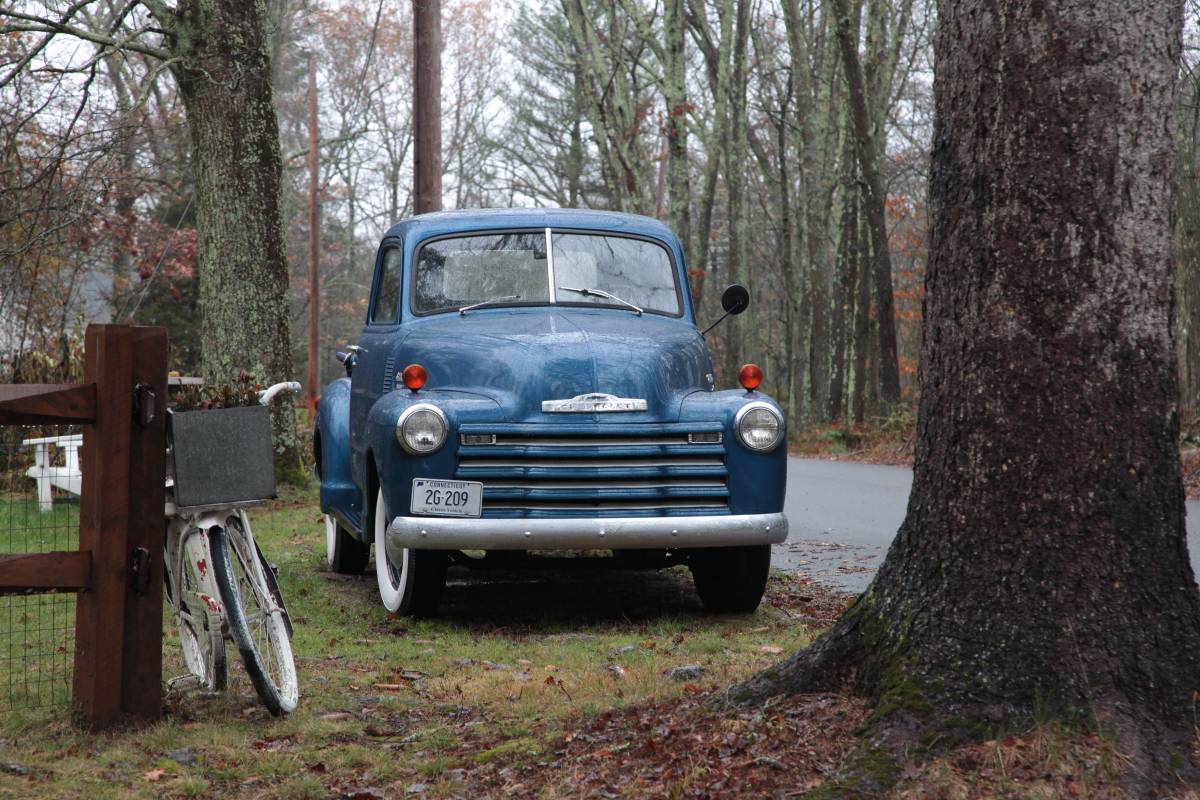 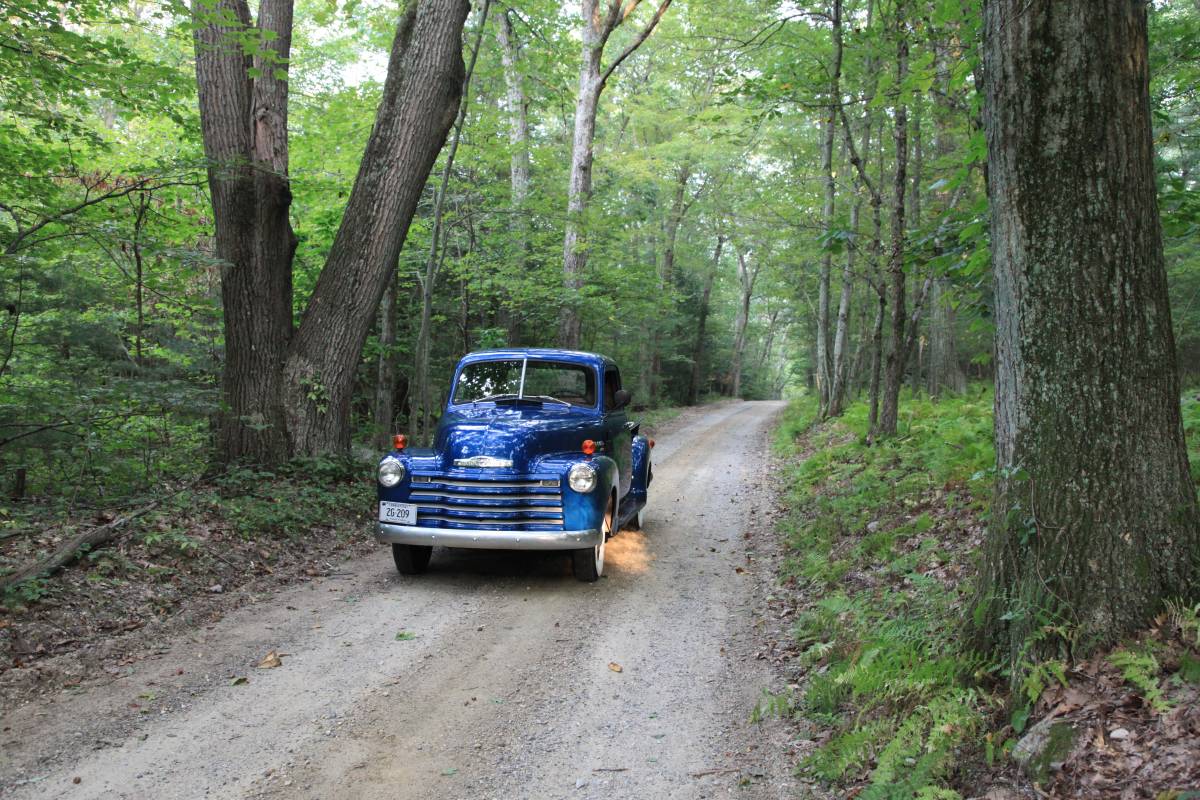 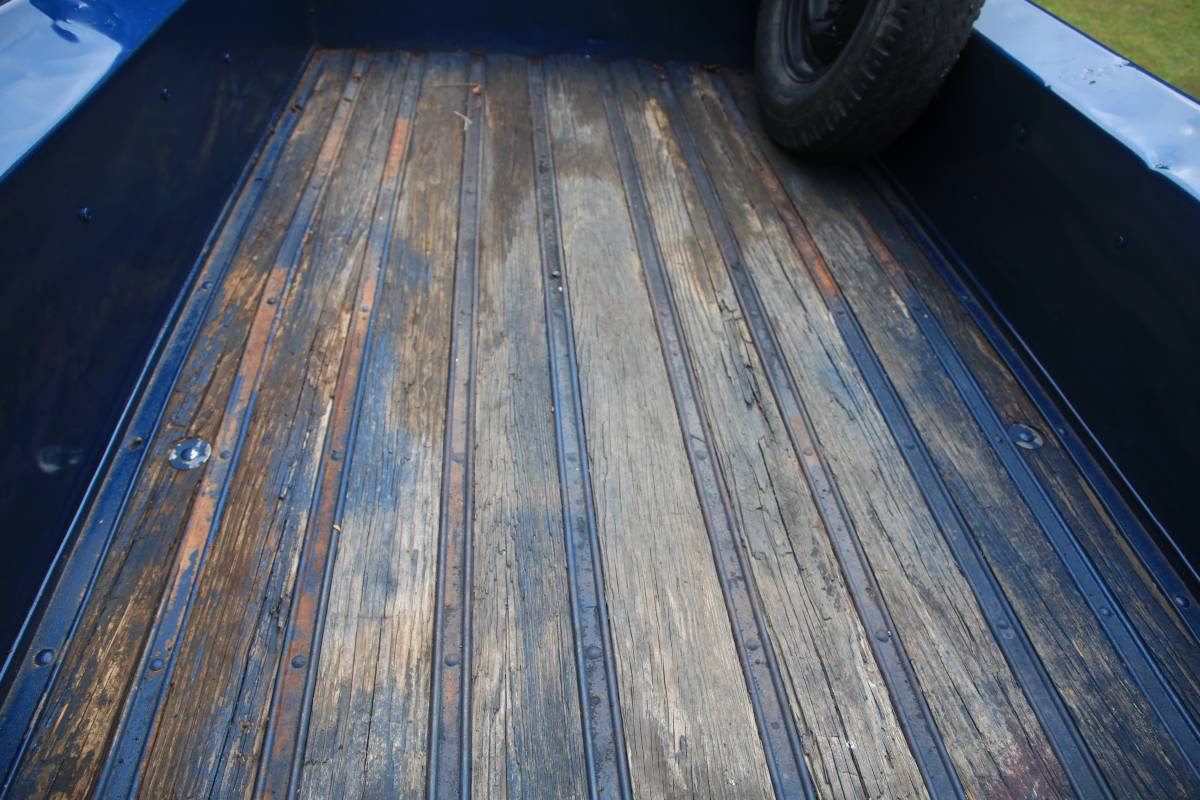 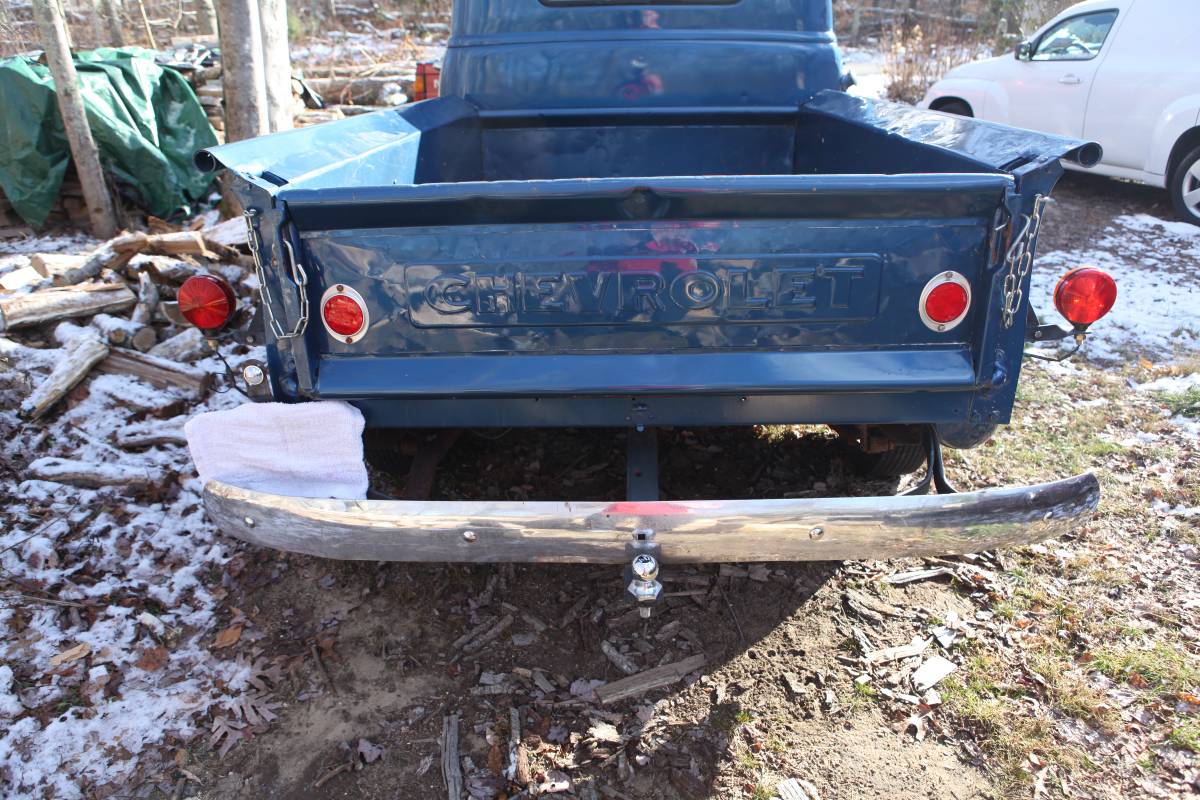 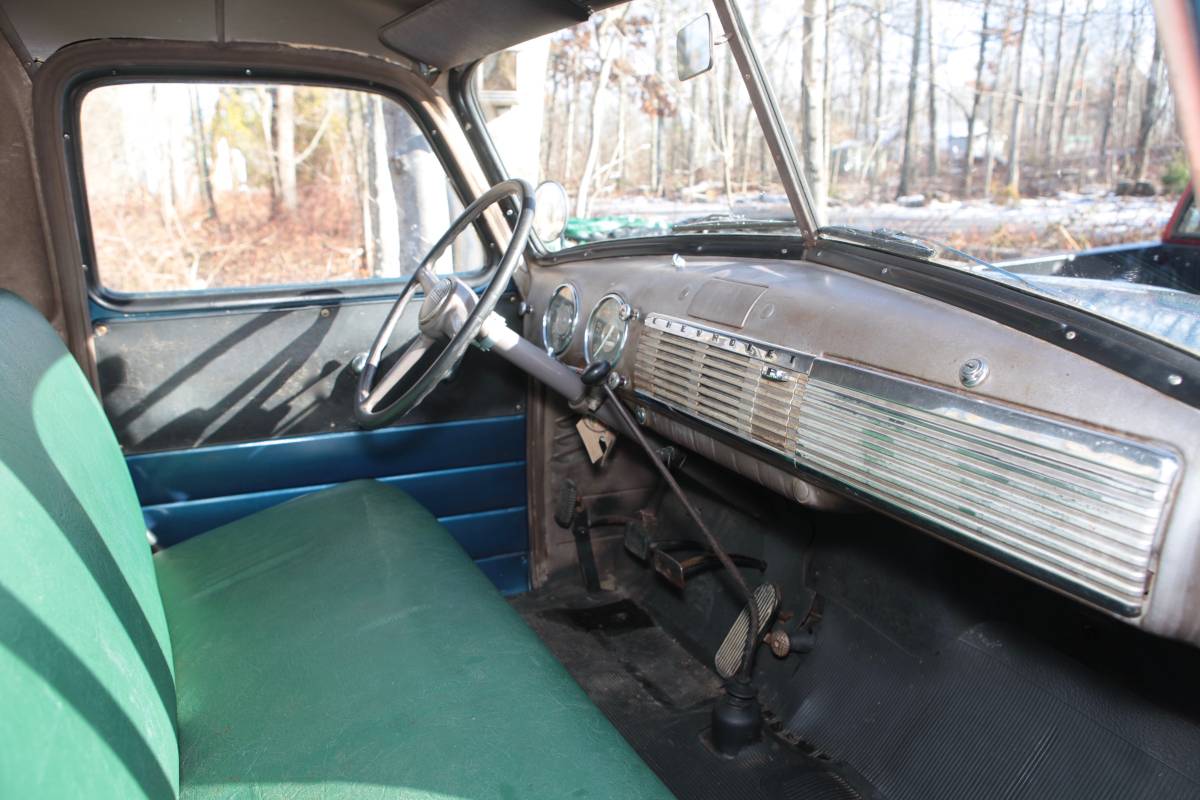 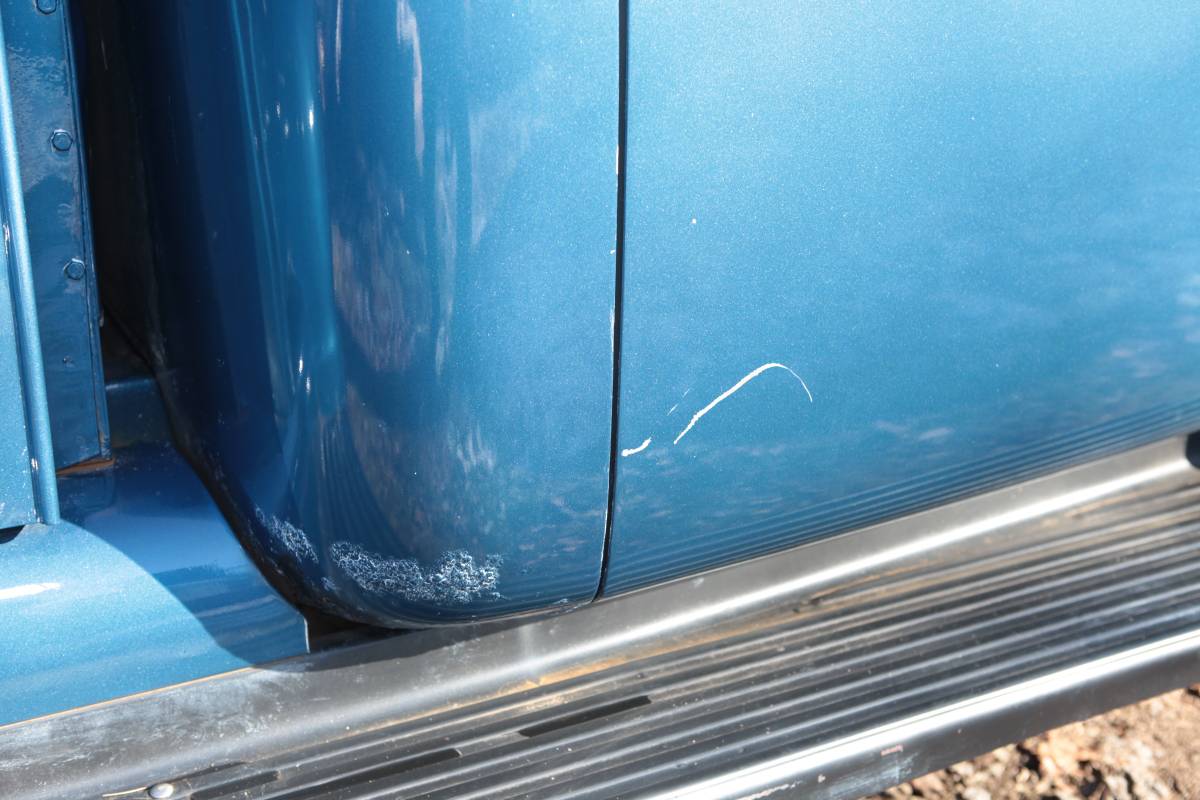 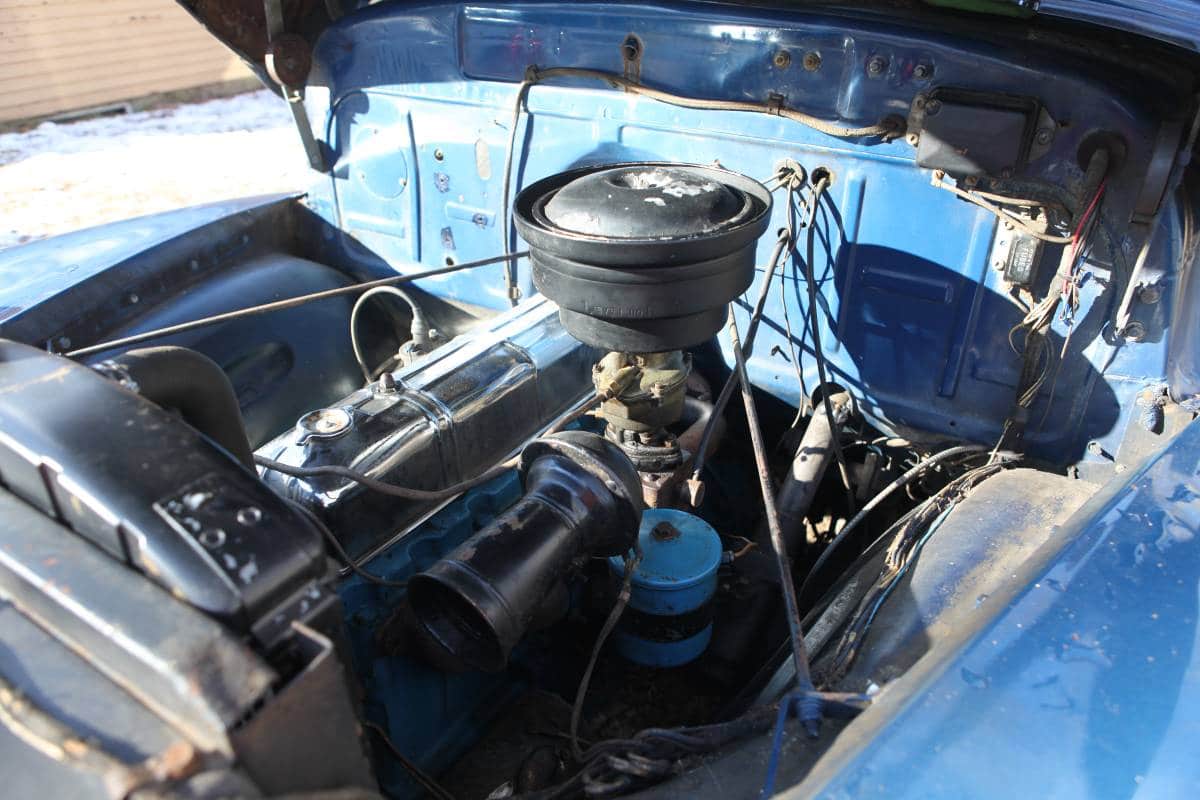 Every once in a while, we stumble upon a “Classifind” where the pictures provided are a notch above what you typically see. Most never credit who took the pictures but in the case of this 1950 Chevrolet Series 3100 1/2 ton first listed in December 2020 on Craigslist in Pomfret, Connecticut, it turns out the caretaker of the past seven years used this truck as a prop for his photography business.  It’s a great example of how great photos can help with the sale. Tucked under our website’s “Sell My Ride” top menu is our Photo Tips & Tricks that can help you take great shots of your ride even if you have no plans to sell it.

Back to this driver quality Chevy truck. The current caretaker had the engine rebuilt and the clutch replace under their seven-year watch and is now offering their pickup for $16,500. Researching the Collector Car Market Review Online Tool reveals the private seller has their vintage Series 3100 priced between this guide’s #3 “Good” estimate of $14,300 and its #2 “Very Good” appraisal of $23,100.  Similarly, the Hagerty Insurance Online Valuation Tool as a second data point confirms this private seller has their Chevy priced between the #4 “Fair” (Daily Driver) estimate of $11,100 and the #3 “Good” appraisal of $21,400.

The Hagerty Insurance Valuation Tool for these trucks provides a nice summary of their history:

“In 1925, Ford was the first of the Big Three to enter the pickup market, but it was Chevrolet that stood tall as Detroit’s top truck-seller by the time of World War II. Chevy resumed civilian truck production in August 1945, and really got back to business in May 1947 with its new “Advance Design” pickups. Wider, longer and lower than the prewar leftovers marketed in 1946, the Advance Design models looked thoroughly modern and featured an equally modern “alligator” hood hinged at the rear. Beneath that gator was Chevy’s proven 216-cid “Stovebolt” six-cylinder.

There were few changes as the Advance Design trucks rolled into the 1950s, but Chevy continued to sell more trucks than all rivals—even with Ford’s new F-series models on the market after 1948. Notable updates included vent windows being added to the doors in 1951, and a restyled grille and trendy one-piece windshield appearing in 1954. That same year a much improved 235-cid six-cylinder was installed and an optional automatic transmission was introduced. Advance Design production continued briefly into 1955 before the era came to a close and Chevy’s new “Task Force” trucks were launched, and these last-run Advance Design models carried some Task Force features—accordingly, they are highly prized by collectors today.

The biggest downside to owning one of this series of Chevy 3100 is that the pre-1953 216-cid inline-six engines are weak for modern use, thanks to babbit bearings and splash lubrication. Powertrain swaps beyond the vastly superior 1953 and newer full-pressure lubrication 235-cid six are a big leap of faith and generally not a simple parts swap due to torque tube architecture for the powertrain and suspension on all but the early 1955s. However, due to the 3100’s popularity for both stock restorations and street rod conversions, restorations require little more than a title and a VISA card. Frames and all sheet metal—including the cabs—are available as reproductions.”

We found this 1949 Chevrolet Truck promotional film on YouTube touting how at the time America relied on the company’s line of commercial vehhicles:

Based on the seller’s description, this series 3100 appears to be a nice driver-quality truck featuring a newer rebuilt powertrain that will provide miles of enjoyment.  We can’t decide whether we would refinish or leave the claimed original wood bed as is.  That’s for the next caretaker to decide.  Good luck with the purchase!

“Classic great running orginal truck. I have owned this pick-up for the past 7 years with no problems. I did have the motor professionally rebuilt with new clutch installed at the same time 2 years ago. I have a photography business so the truck is used as a photo prop for weddings – Family photos ect. it is very solid with only small rust spots on cab corners-see photos. the tail gate and bed do have scratches and small dents-so the truck looks great from 20 ft – it still has the orig wood bed. I am only selling it because there is another truck i want to buy to use as a photo prop. I believe you could drive this truck x-country- at 55mph-orig 4-speed low geared and 216 motor.“

Show or Go: What would you plan to do with this Series 3100?  Comment below and let us know!