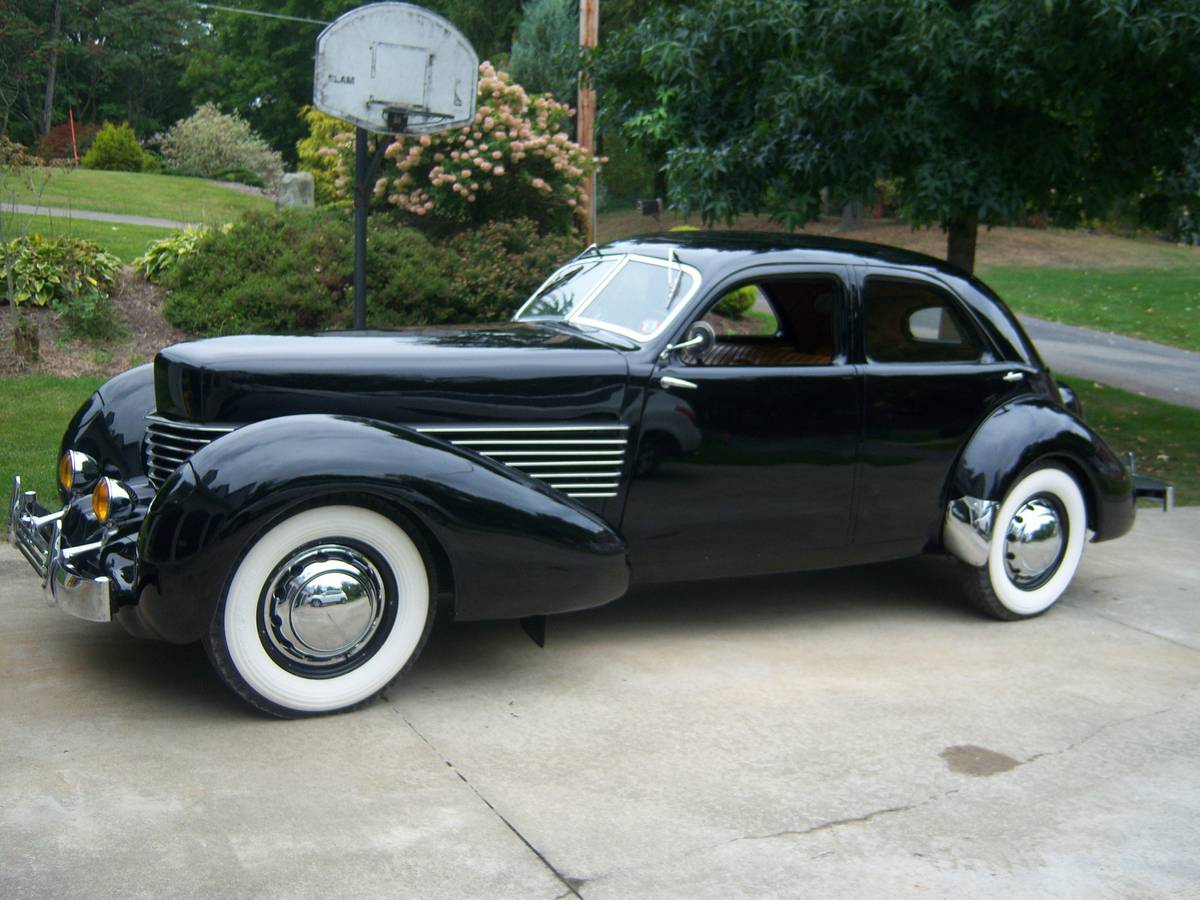 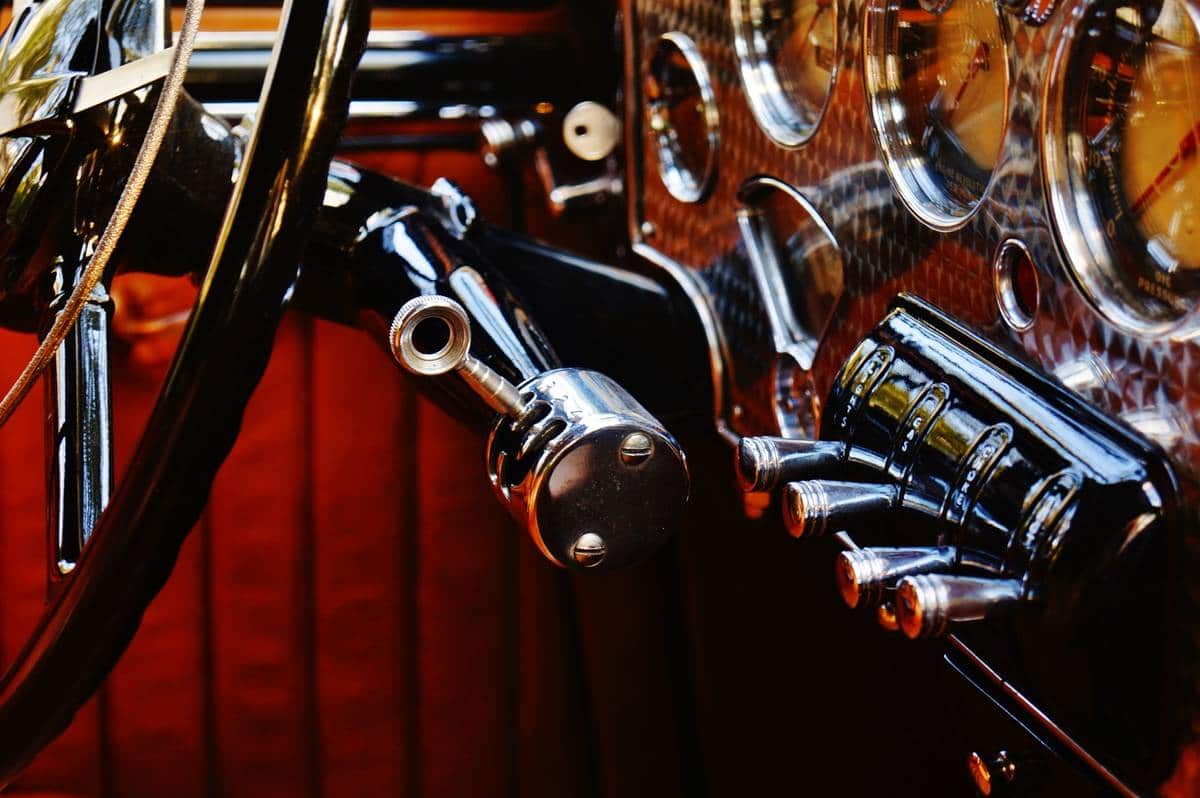 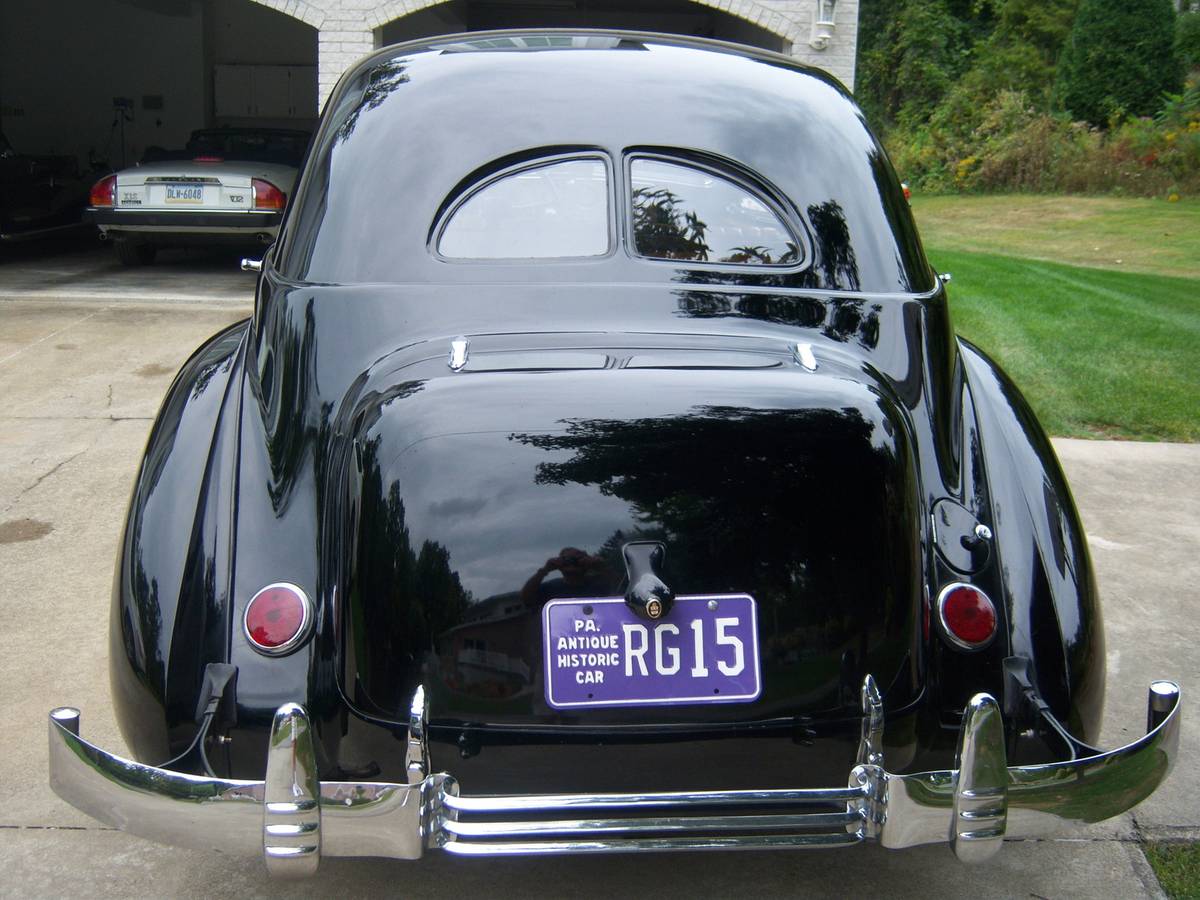 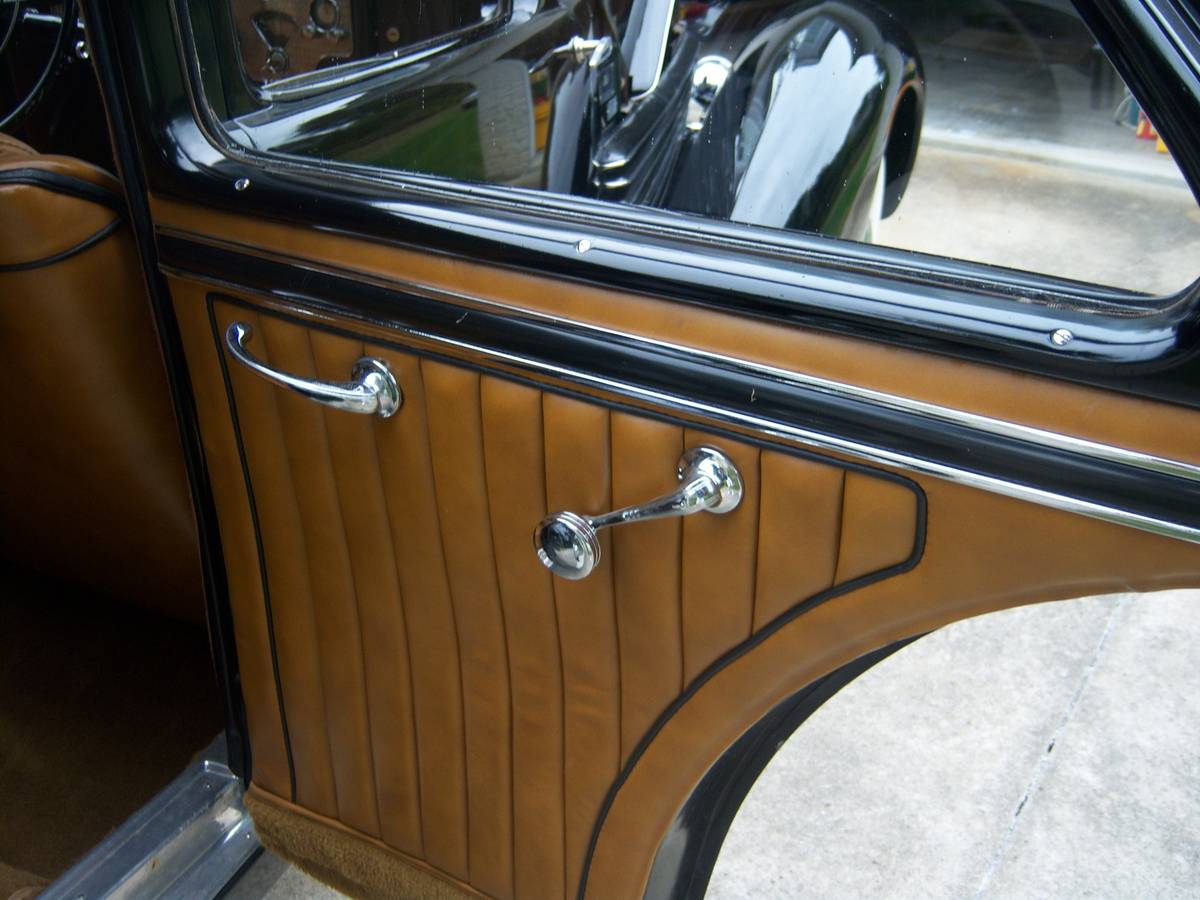 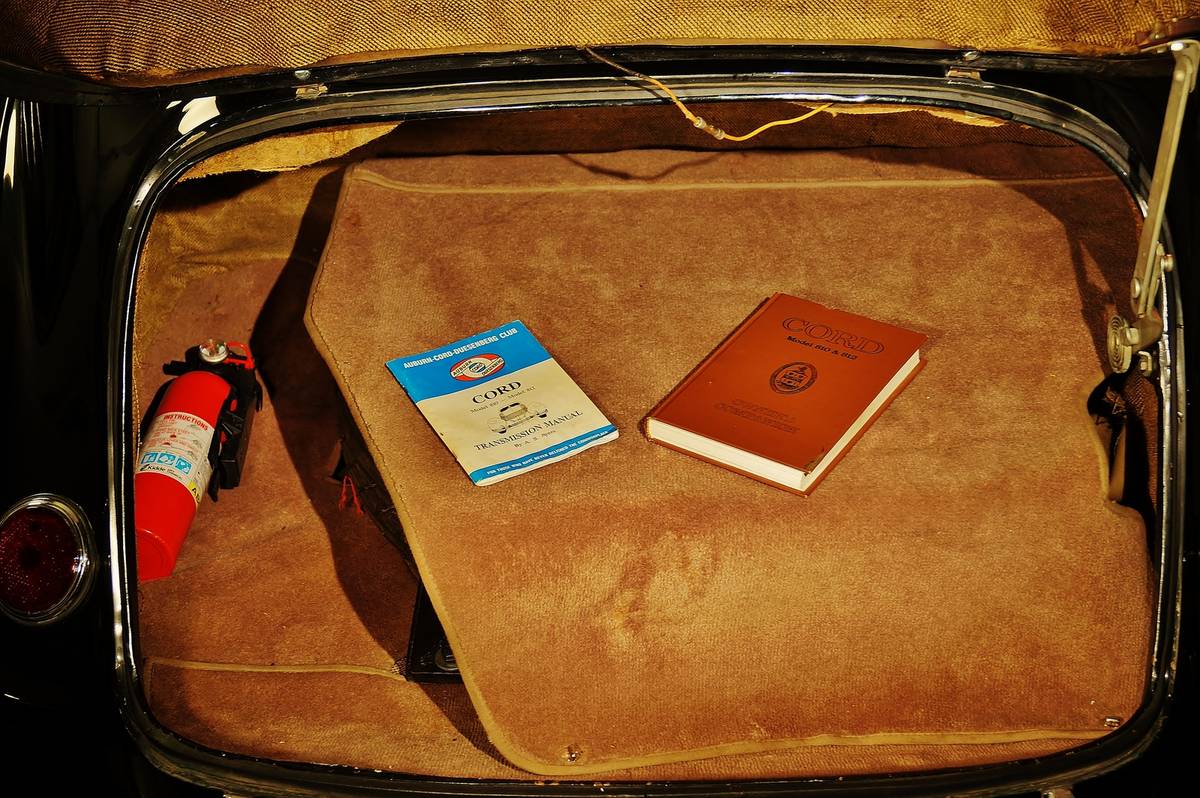 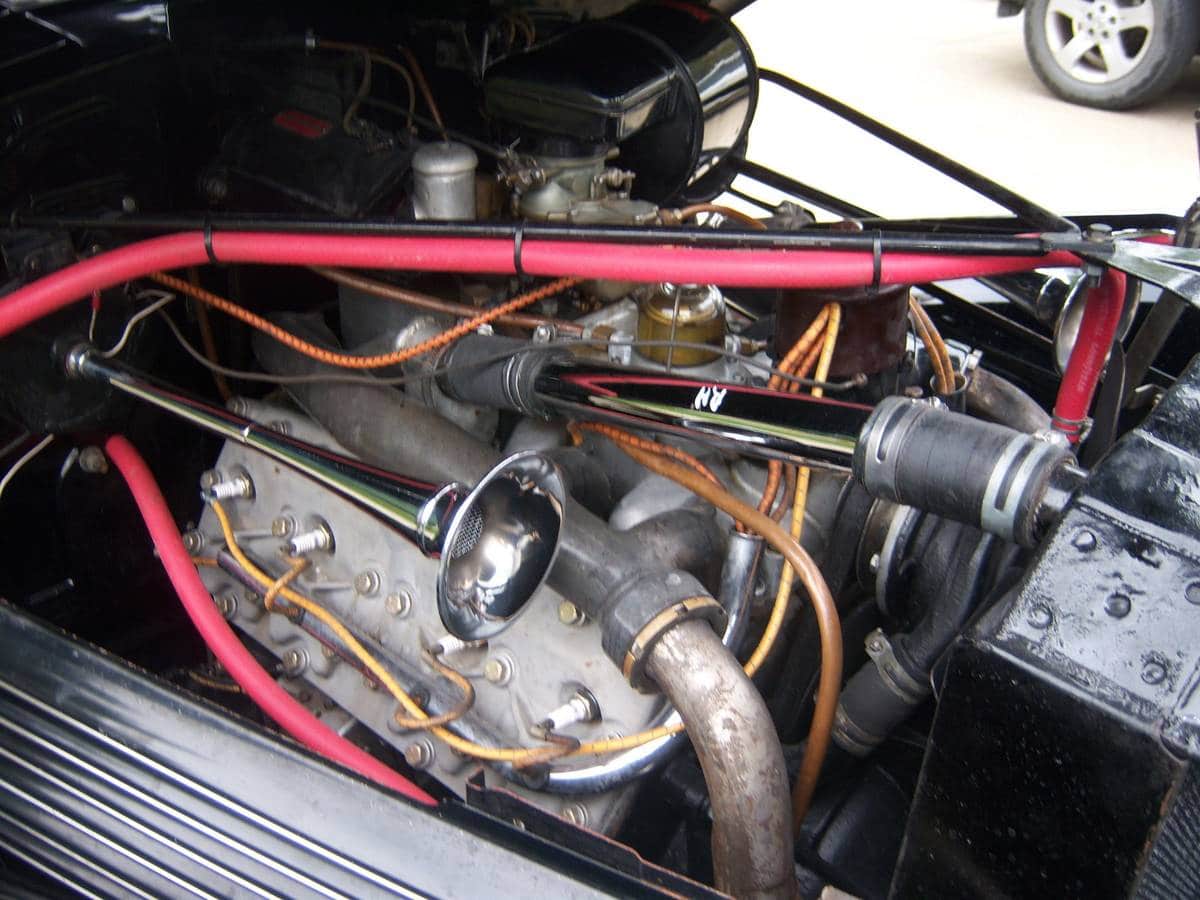 If you ever have the opportunity, we strongly encourage you to visit the Auburn, Cord, Duesenberg Museum located in the original art deco styled office and salesroom located in Auburn, Indiana.  I never had an appreciation for the engineering and sheer size of these motor cars until we visited it and saw all of the timeless designs on display.  Ever since then, I stop in my tracks whenever I see one offered for sale such as this 1937 Cord Custom Beverly Sedan currently listed here on Craigslist in Conneaut Lake, Pennsylvania. Yes, the asking price exceeds our normal $50,000 cap by two large.  So what: it’s Free-For-All Friday and my God, just look at it!

Said to have a completely rebuilt drive train, the aforementioned asking price of $52,000.  Comparing this price against the Hagerty Insurance Online Valuation Tool confirms this private seller has their Cord priced between the #4 “Fair” (Daily Driver) estimate of $44,000 and the #3 “Good” estimate of $9,000.

Gordon Buehrig, Vince Gardner, and Alex Tremulis are the designers credited with penning the timeless design of the Cord 810. Not just a pretty face, Cord’s 810 was the first American front-wheel-drive car with independent front suspension. Lycoming supplied power in the form of a 125 horsepower, 289 cubic inch V8. An innovative, electrically-controlled, semi-automatic four-speed transmission actually connected to the front of the engine.  Using this configuration the then-conventional driveshaft and tunnel, making the car so low it eliminated the need for traditional running boards.  For 1937, Cord produced four models on the 125-inch wheelbase chassis: the entry-level sedan ($2445), the Beverly sedan ($2545), Sportsman ($2585), and Phaeton ($2645). Additionally, that year Cord added two 812 models based on a 132-inch chassis: the $2960 Custom Beverly featured here and the $3060 Custom Berline.

Originally conceived potentially as a Duesenberg, the 810 featured a number of innovative styling touches that became commonplace many years later.  These included hidden door hinges, a rear-hinged hood, pontoon fenders, and hidden (operated by a hand crank) Stitson landing lights converted for automotive use.  Additionally, 810s featured a concealed fuel filler door and variable-speed windshield wipers. The car’s engine-turned dash came standard with full instrumentation that even featured a radio. The most famous feature was the “coffin nose”, a louvered wraparound grille, from which its nickname derived, a product of Buehrig’s desire not to have a conventional grille.

Not surprisingly, the 810 stunned attendees of its November 1935 New York Auto Show debut.  The crowds were so dense, attendees stood on the bumpers of nearby cars to get a look. While Cord took orders for cars promising delivery by Christmas the semi-automatic transmission proved to be more troublesome than expected. Consequently, the first production cars were not delivered until February and did not reach New York City until April 1936. In all, Cord managed to sell only 1,174 of the new 810 in its first model year, as the result of mechanical troubles.[3]

Lycoming made Supercharging available on the 1937 812 models, with a mechanically driven Schwitzer-Cummins unit. Supercharged 812 models were distinguished from the normally aspirated 812s by the brilliant chrome-plated external exhaust pipes mounted on each side of the hood and grill. With supercharging, horsepower increased to 170.

Early reliability problems, including slipping out of gear and vapor lock, cooled initial enthusiasm. Although most new owners loved their sleek fast cars, the dealer base shrank rapidly. Unsold left-over and in-process 1936 810 models were re-numbered and sold as 1937 812 models. In 1937, after producing about 3000 of these cars, Auburn ceased production of the Cord.

It’s incredibly rare to come across one of these Cords for sale, especially a driver-quality example that is priced under six figures.  Before you take the plunge, be sure to confirm who can help you keep this classic in running order. Good luck with the purchase! 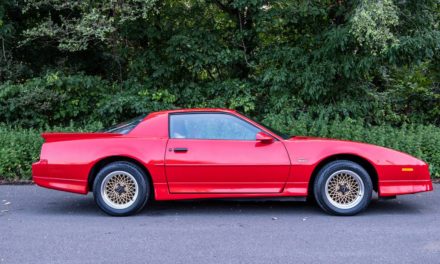 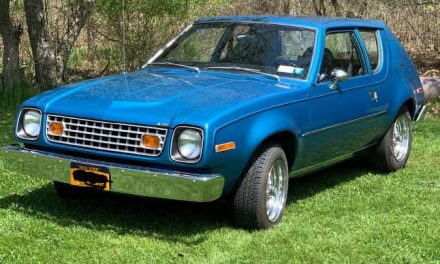 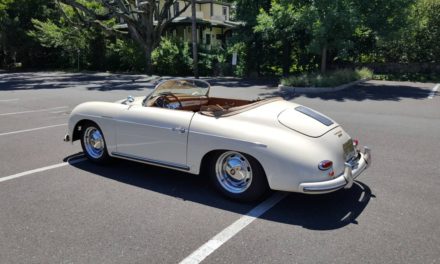 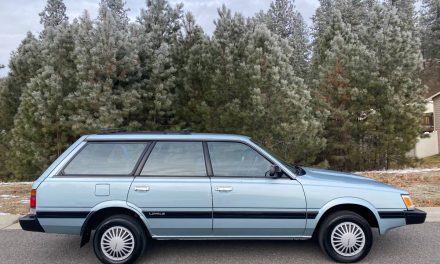