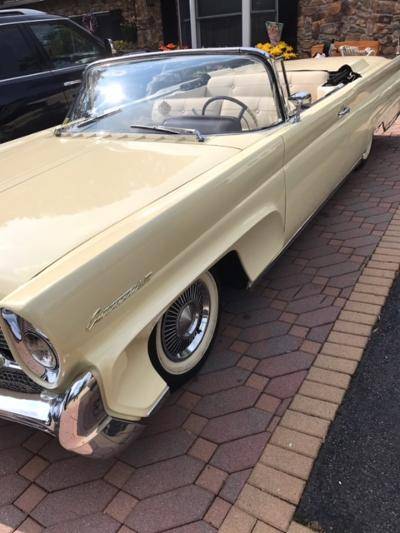 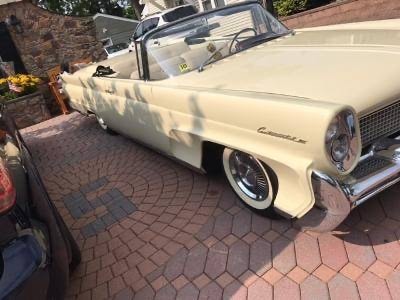 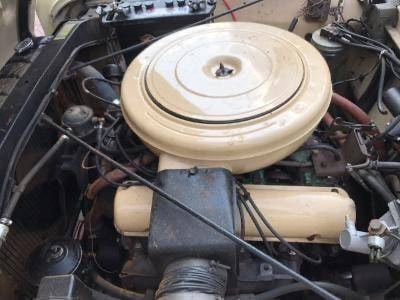 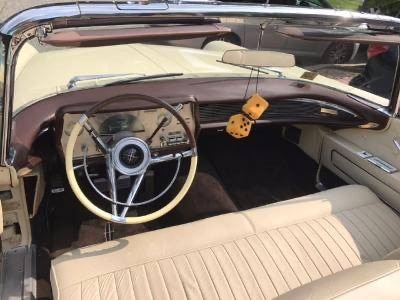 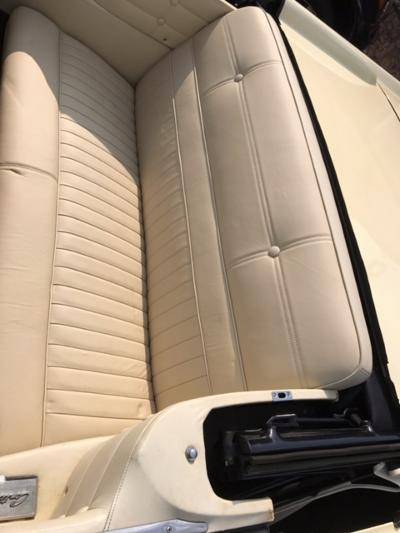 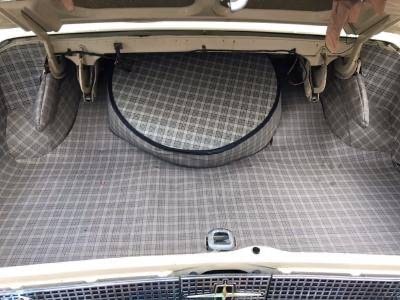 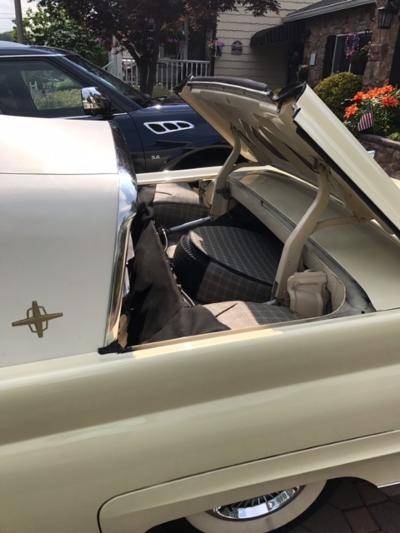 January 21st, 2021 Update – we just noticed the listing “Classifind” expired, so with no replacement found we’re assuming this ride “Sold?” While this one got away, please reach out either by email or call Rudy directly if you’d like to be informed when we come across something similar.

Recessions, polarizing styling, and high price points are a recipe for automotive disaster. In the late 1950s, lightning struck twice at Ford.  The Edsel debacle likely comes immediately to mind but people often forget about Ford’s trial at making “Continental” a separate, upscale brand of Lincoln. The 1958-1960 Continental was such a miserable failure that poor sales when new eventually translated into expensive-to-restore years later, resulting in examples like this 1958 Mark III originally listed in December 2020 on Craigslist in Fords, New Jersey an extremely rare sight. Restored and offered at $42,000, researching the Collector Car Market Review Online Tool reveals the private seller has their rare convertible priced between this guide’s #3 “Good” estimate of $29,500 and its #2 “Very Good” appraisal of $45,500.  Similarly, the Hagerty Insurance Online Valuation Tool as a second data point confirms this private seller has their Continental priced between the #3 “Good” estimate of $40,200 and the #2 “Excellent” appraisal of $70,800.

Here’s Hagerty’s nice summary of these cars also provided in their Valuation Tool:

Unbeknownst to the public, Ford was able to engineer these lower production number cars to share the most expensive mass production underbody pressings in a bid to make them profitable, which succeeded. As noted, by 1959, the Continental Division was no more and was absorbed back into Lincoln, with Continental merely being the upscale model name for the higher priced Lincolns. But in fact, 1958 cars were exactly that – but merely sold by a special division through Lincoln dealers.

These cars are so forgotten that they now must be so rare as to be highly collectible. When is the last time that you saw one? Mark III, IV, and V Continental convertibles are, in fact, Milestone cars. Interestingly enough, these cars weighed in at over 2 ½ tons and were considered massive, heavy, comfortable, ultra-luxury cars when new – but weigh no more than many large SUVs of the current day. Fuel economy, however, is an oxymoron with these cars due to their then all-new, massive, and heavy 430 cubic inch V8 engine initially producing as much as 400 hp, with three two-barrel carburetors (which were a 1958 factory option). By 1960, the car had been detuned to 315 hp with a single two-barrel carburetor in the interest of improving the MPG’s from about 9 to about 12. Even the wealthy were complaining about 9 miles per gallon given the high prices of premium leaded gas at some 30 cents per gallon!”

One of the most unique features of the ’58-60 Mark III convertible was the rear-canted glass window that matched the roofline of the hardtops. Ford engineers figured out a way to replicate the lines in a unique convertible, so this video demonstrates the unique top and window folding operation:

This vintage of Continental is so rare and expensive to restore that it’s always best to buy one already refreshed such as this example.  It’s also a good idea to have an oversize garage capable of fitting this car as well as a well-stocked gas card to keep up with this land yacht’s nine mile-per-gallon fuel appetite. Good luck with the purchase!

“Restored convertible great cruiser , great for parades , Could rent it out for weddings and for wedding PHOTO’S , just a sweet RIDE , asking Price $42,000 or a good offer , just call me if your a serious please don’t waste my time . Keith 732 two66- six 0 0 0 It’s all new”