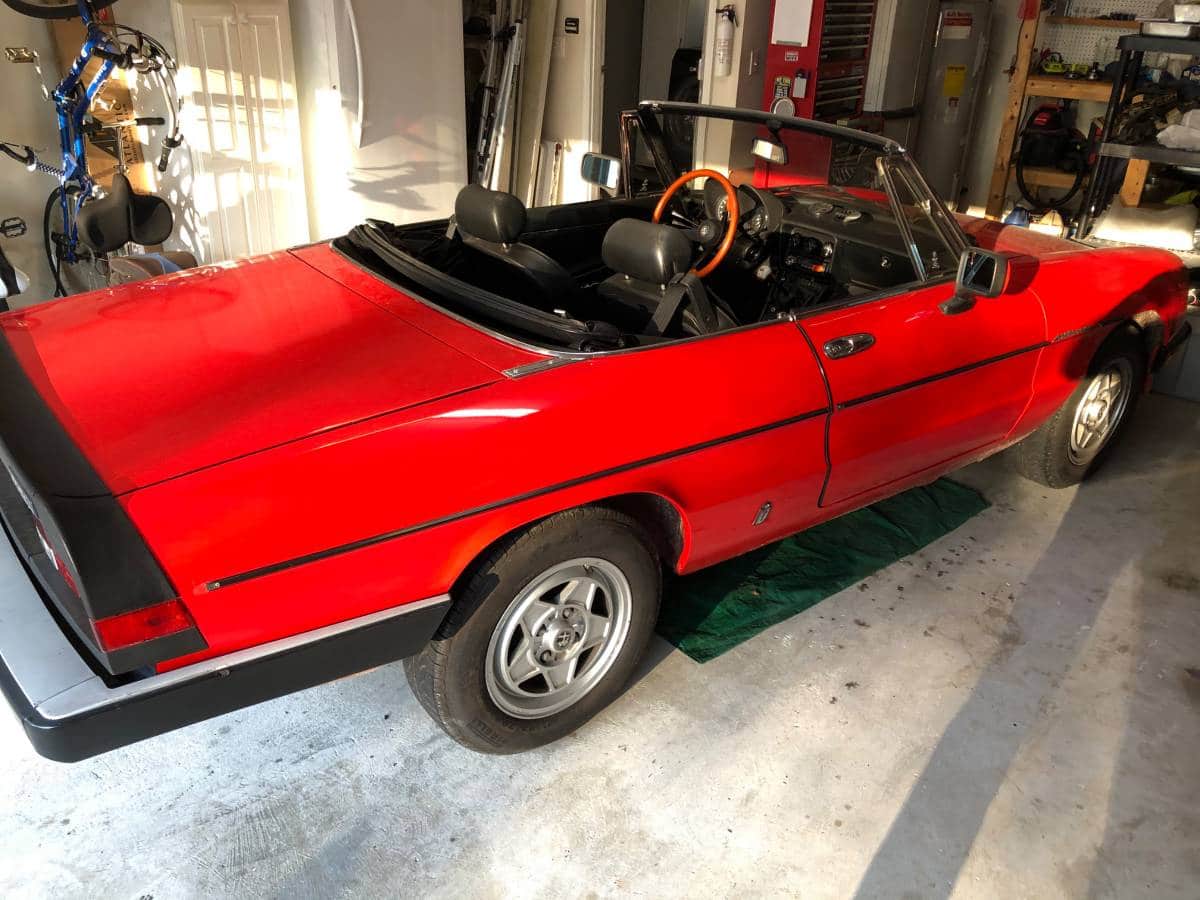 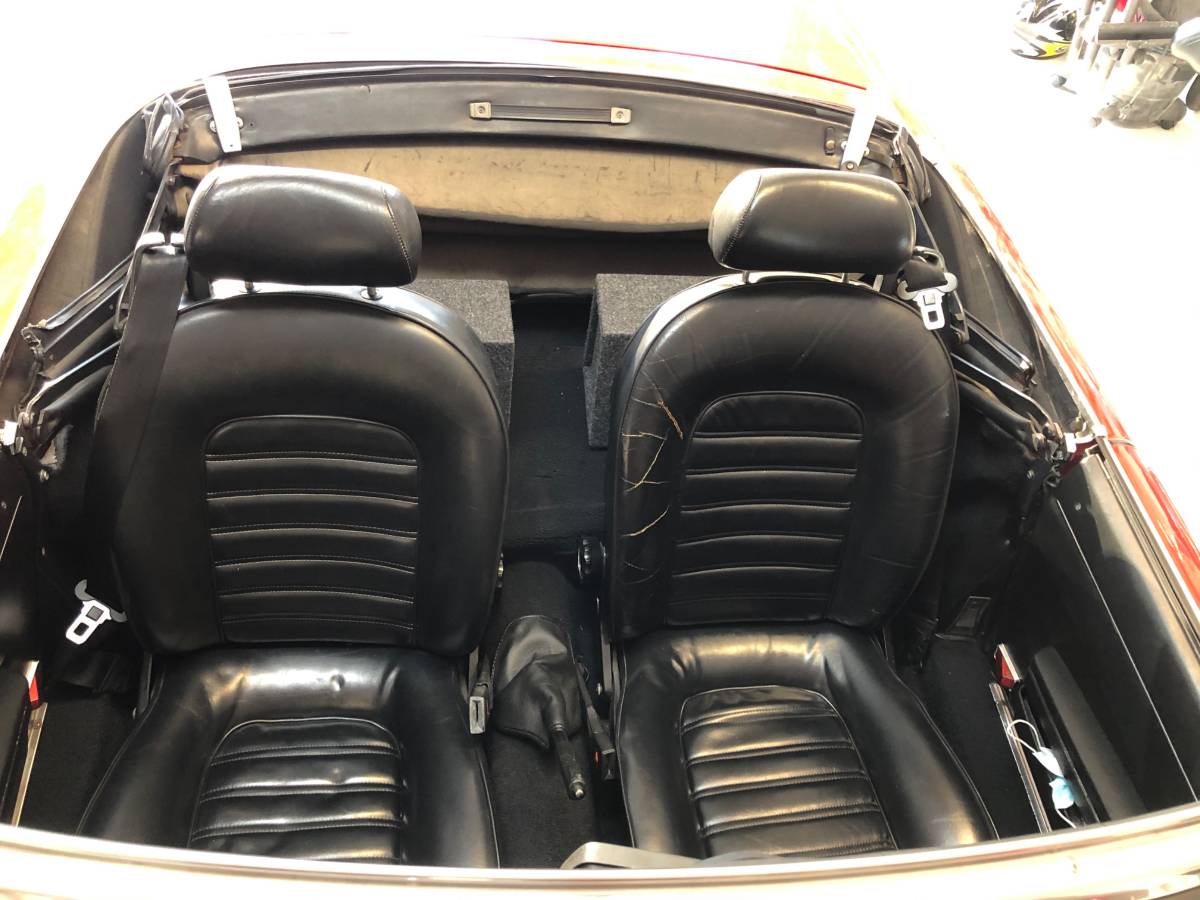 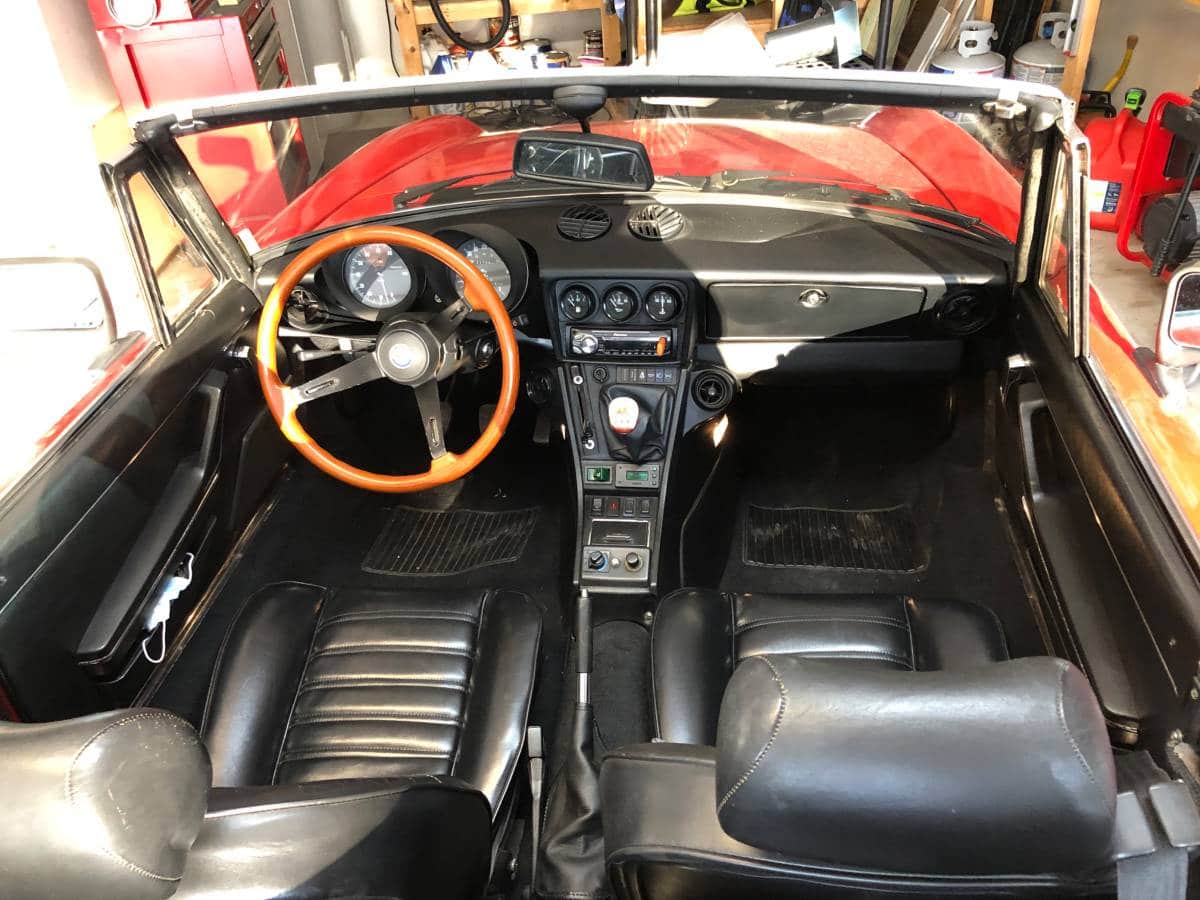 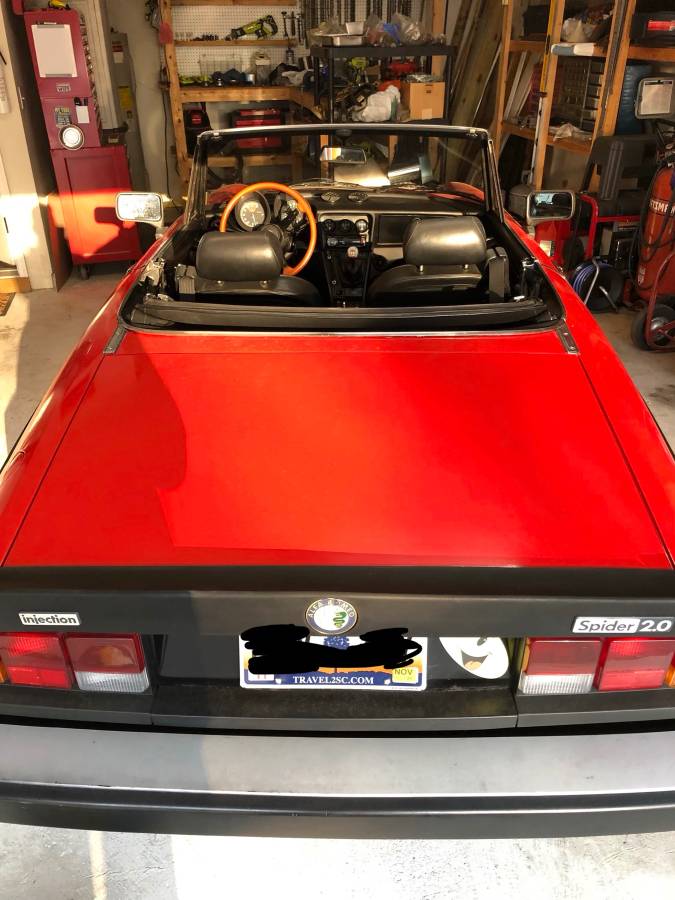 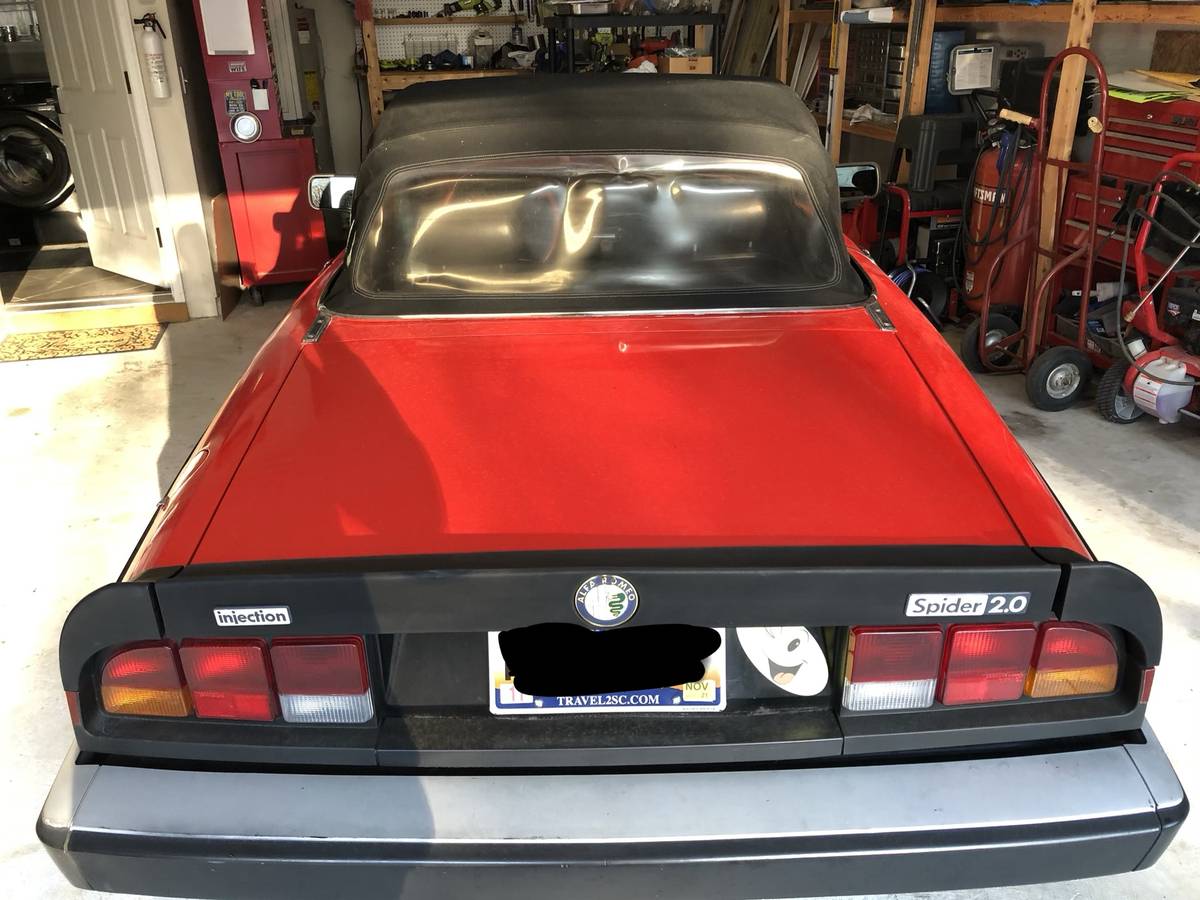 January 29, 2021 Update – we just confirmed the seller of this “Classifind” deleted their listing, so we’re now able to call this one “SOLD!” While this one got away, please reach out either by email or call Rudy directly if you’d like to be informed when we come across something similar.

One of the few Alfa Romeos that remains affordable to buy for most enthusiasts’ wallets is the classic Spider, also referred to as the Graduate (thanks, Dustin Hoffman.) The market for these is still pretty soft at the moment if we’re talking about the later cars, as this pretty 1985 Veloce originally listed in December 2020 on Craigslist in Goose Creek, South Carolina, goes to show – it looks quite clean and is listed with an asking price of just $5,900.   Comparing this price against the Hagerty Insurance Online Valuation Tool confirms this private seller has the Spider listed below the lowest valuation Hagerty offers, which is $7,900 for a “Fair” model.

The Spider has lived through many iterations in its lifetime, with the earliest models commanding significant monies at the high profile auction houses. The early “boat tail” design is instantly recognizable but seen far less frequently than the “kammback” rear end seen from the middle 70s to the car’s final production year in 1995. The ones in between suffered at the hands of the malaise era, with many of these late 70s and early 80s models ending up as forlorn projects, lost causes due to rust, finicky SPICA mechanical fuel injection, or simply owner neglect due to being both cheap and pretty. The final production years saw the styling carefully modernized and looking quite fresh despite the obvious traits of its original incarnation still completely obvious. The later years also featured electronic fuel injection, which made the driving experience all the more pleasant.

Examples like this one are not particularly fast, but they carry the feeling of speed quite well due to the open air experience and roller skate-like proportions. The kammback rear end is a love-it-or-hate-it design; you either associate it with the Spider in a charming way, or find it offensive, especially considering the gorgeous proportions of the early Duettos. The good news is later models like this one have been cheap as chips for ages, and you can still buy a truly good car for very short money. This example presents well with what appears to be rust-free bodywork and an interior that is far better than you’d expect on a car where the roof goes down. The Spider was always known for having a robust soft top design, so if it’s been looked after, there’s no reason the top shouldn’t be up when the car isn’t in use to limit the potential for sun damage. Summer may feel like a distant memory, but what better way to remember than to pick up a drop top when demand is low? Good luck with the purchase if you decide to add this Spider to your garage.