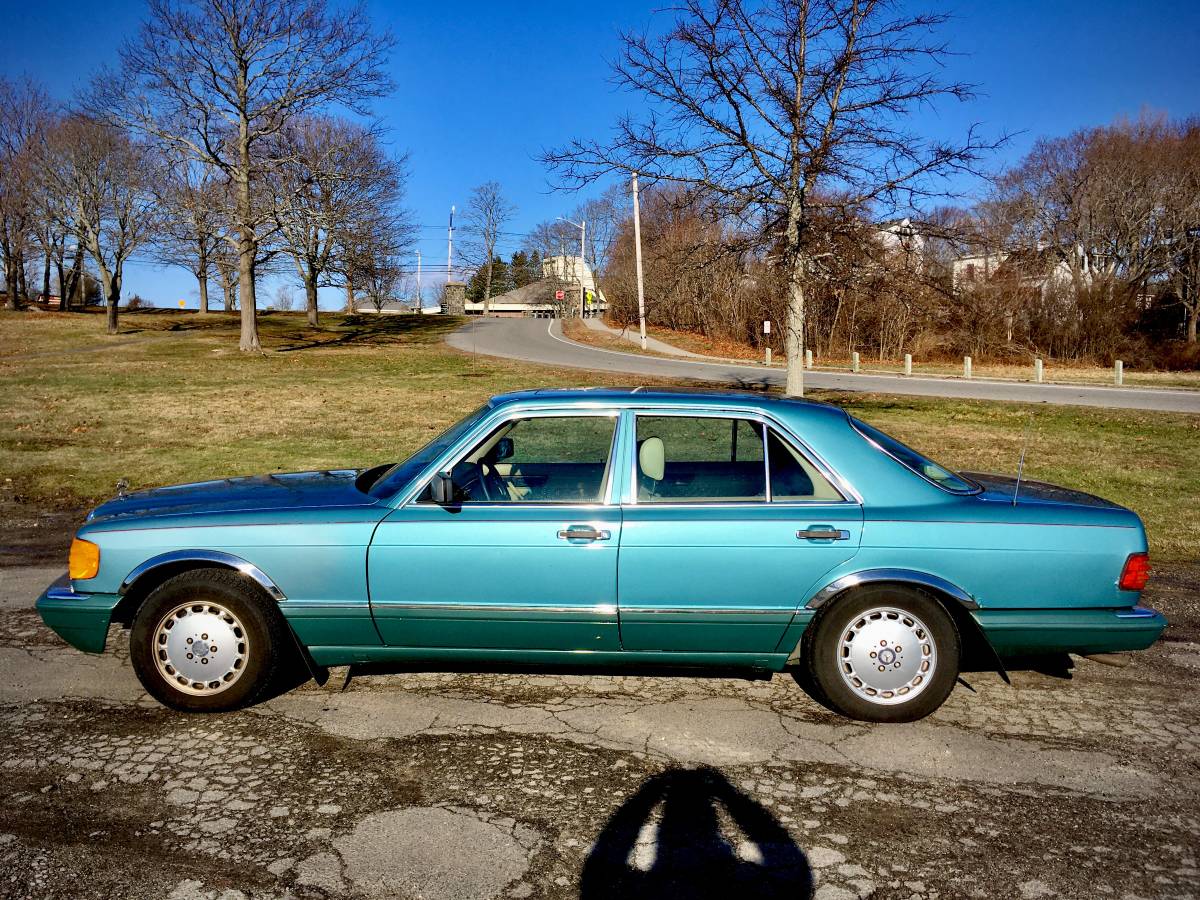 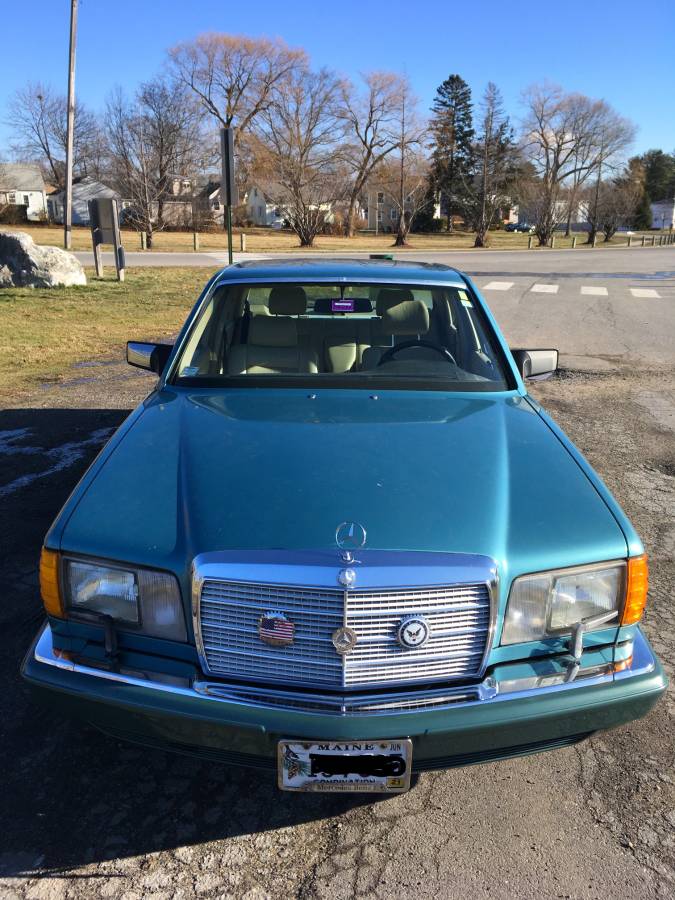 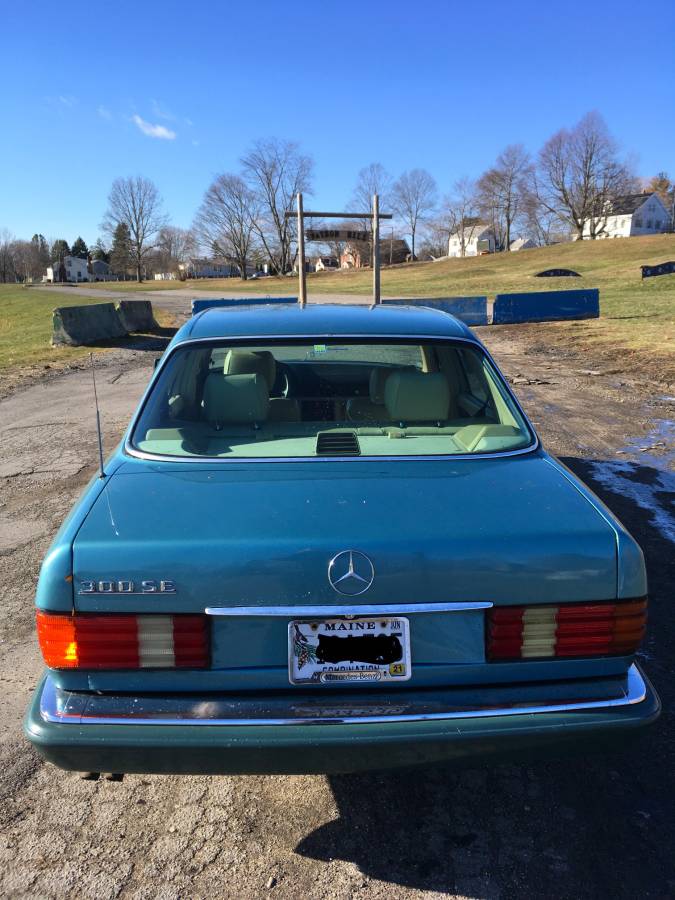 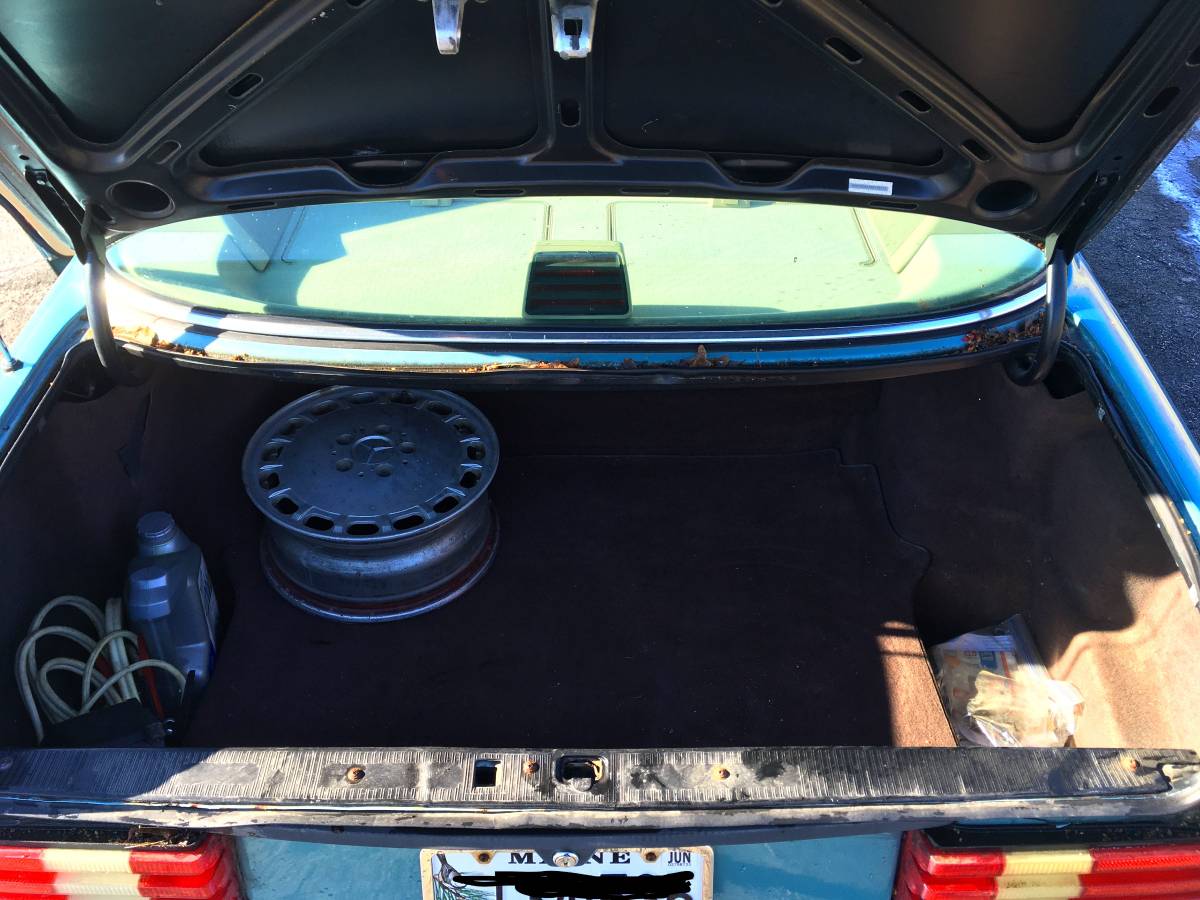 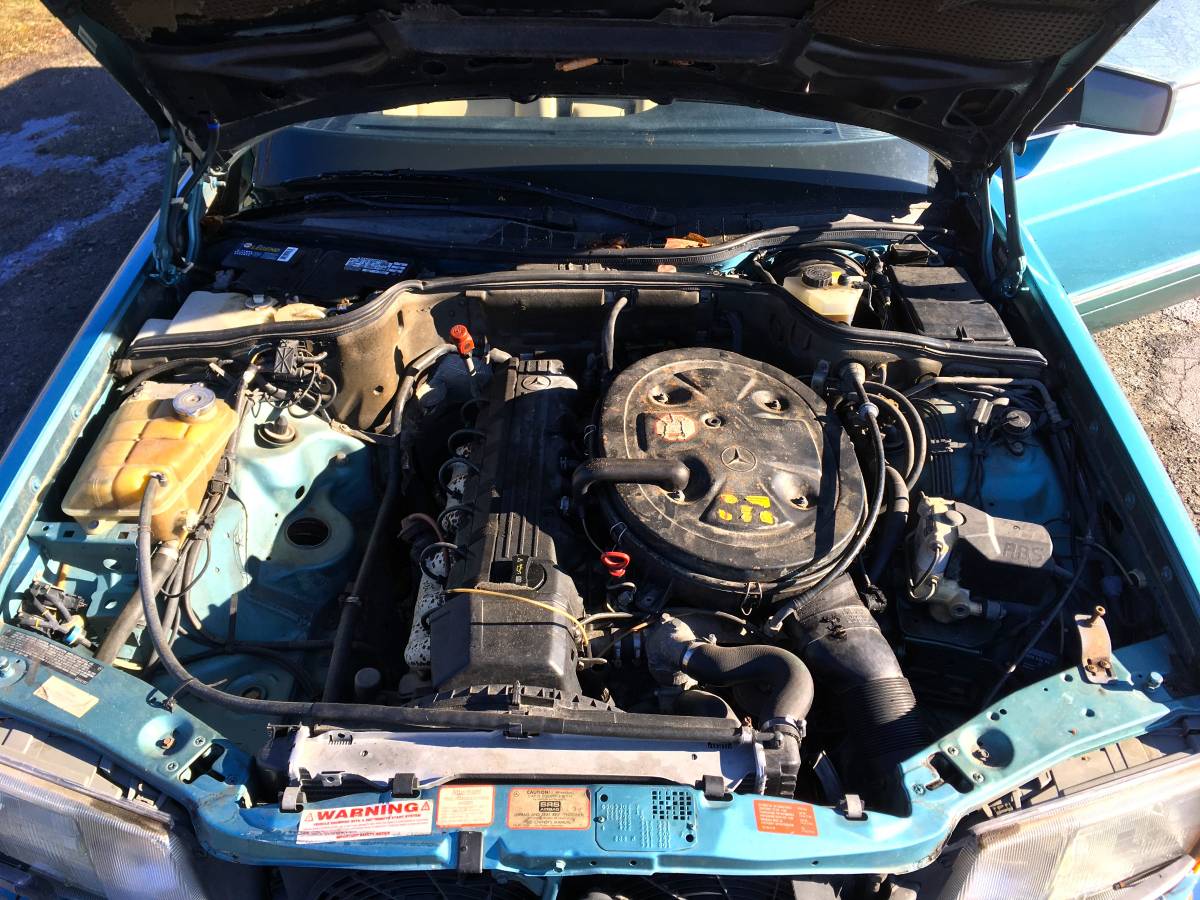 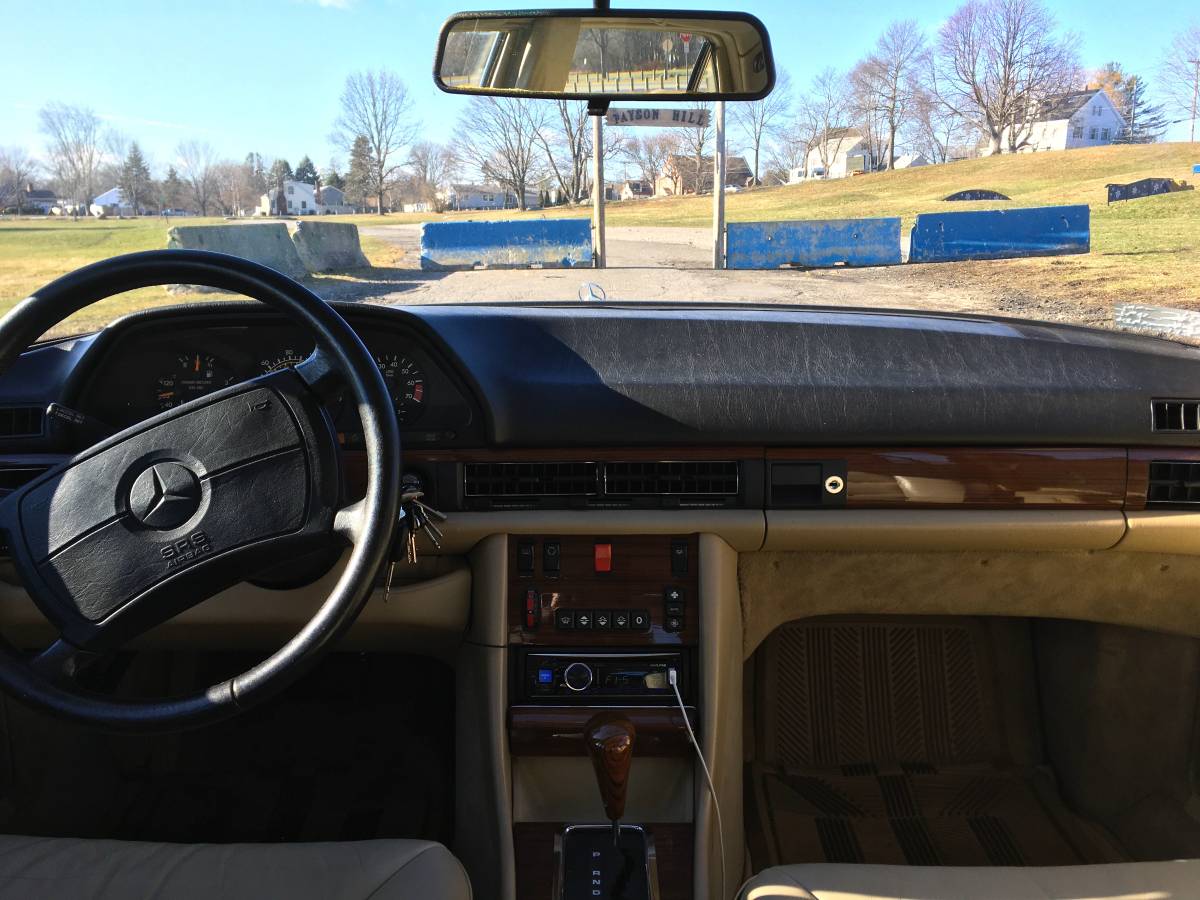 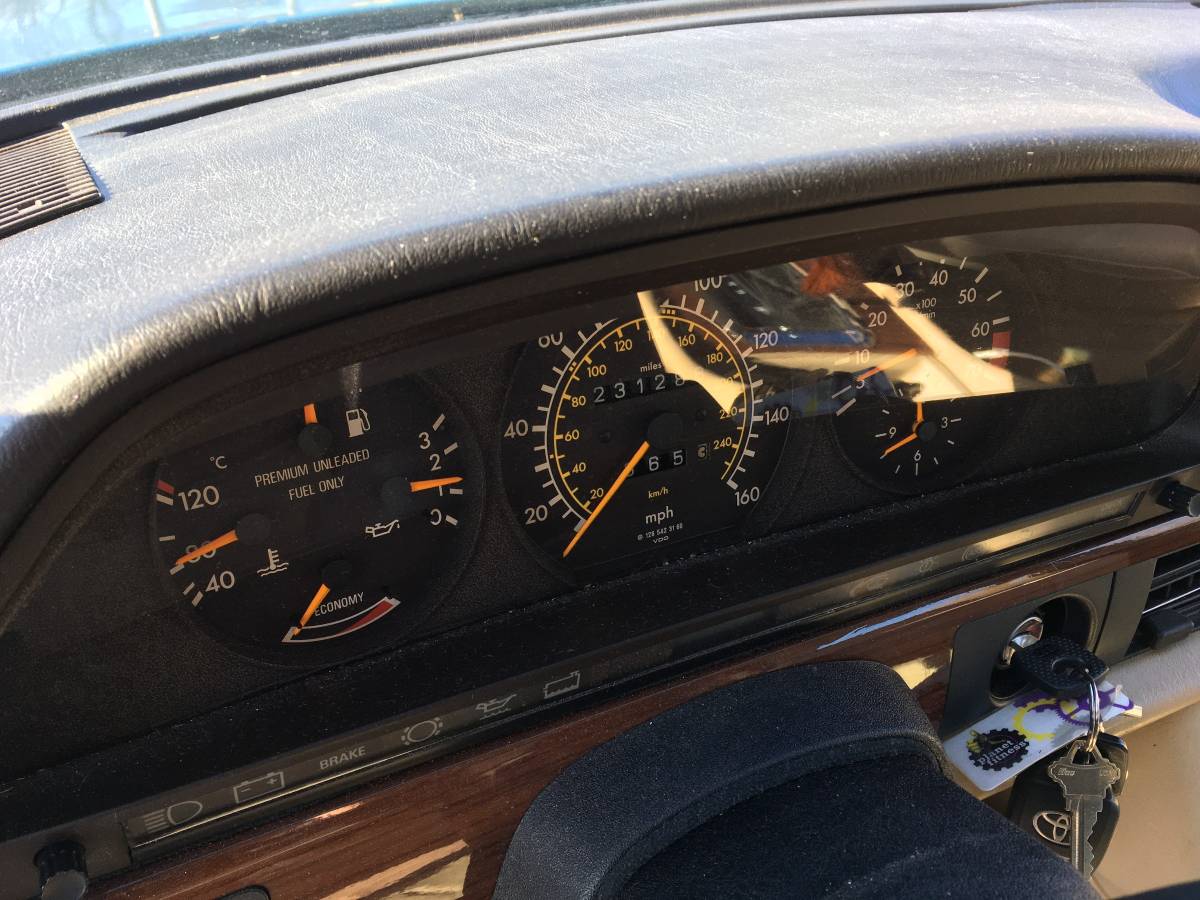 If you wish to purchase a classic sedan that is equal parts stately and rad-approved, it’s hard to go wrong with a Mercedes-Benz product from the late 1980s into the middle 1990s. The W124 and W126 chassis are well-loved both for being Radwood-friendly purchases and a smart era to invest in given their reputation for durability when maintained properly. This W126 series sedan is a clean 1991 300SE model originally listed in December 2020 on Craigslist in Portland, Maine for a very reasonable $2,000. Comparing this price against the Hagerty Insurance Online Valuation Tool reveals that this 300SE with its rare shade of Beryl Metallic paint could be a bargain, given a “Fair” condition model comes in at $4,400.

For enthusiasts considering a Mercedes sedan from this era, it’s a tough choice between the compact 190E; the mid-sized 300E; and the big body sedans like this one, offered in a range of specs usually based around wheelbase length and engine size. The smaller models definitely respond better to period modifications, as a lowered W124 on AMG monoblocks is a hard-to-beat recipe for instant awesomeness. The eight-cylinder W126 sedans will offer drivers some much-needed motivation under the hood to haul around the overbuilt model’s generous curb weight, but given its status as a legendary highway cruiser, this is not the kind of car you buy with visions of backroads hustling in your head. No matter which choice you make, it’s an incredibly rewarding platform to put some money into as the car will return that investment tenfold given its reputation for durability.

Now, this 300SE doesn’t immediately seem like the most enthusiast-friendly option, given its one of the less-often seen six-cylinder models. And, it does have some mechanical needs which the seller details in the listing. But that color – that’s what makes this 300SE so appealing. Most Mercedes of this era come in a range of exceedingly conservative paint codes, which is certainly fitting for the personality type that would have purchased this car new. But for a vehicle that would be a welcome sight at any Radwood meeting – especially it if were given the W124 treatment I mention above, courtesy of some H&R springs and monoblocks – the color simply sets it off. The listing notes the previous owner was a meticulous fellow, and it comes with a “…huge stack of records from Prime Mercedes in Scarborough,” so it’s a shame that some maintenance needs have crept up under the current owner. Still, it could represent a potential bargain for someone who isn’t afraid of a few weekends of primarily suspension and brake work. Good luck with the purchase if you decide to check out this bargain-basement 300SE!

“1991 Mercedes 300SE
Super fun car that definitely turns heads! Runs and drives great but needs some work to get a sticker. You could also do some minor repairs for safety sake and register this as an antique.

The good- The fella that owned this car before me was meticulous, so there’s a huge stack of service records from Prime Mercedes in Scarborough. Car was always garaged and maintained religiously. Interior is in great shape for the year.
New radiator and fan assembly in 2018

I want this car out of my driveway before the snow really starts to fly, shoot me an email if you’re interested and let’s talk..“