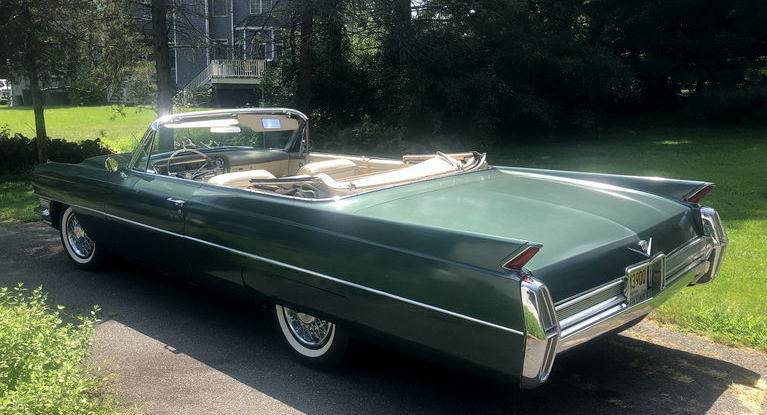 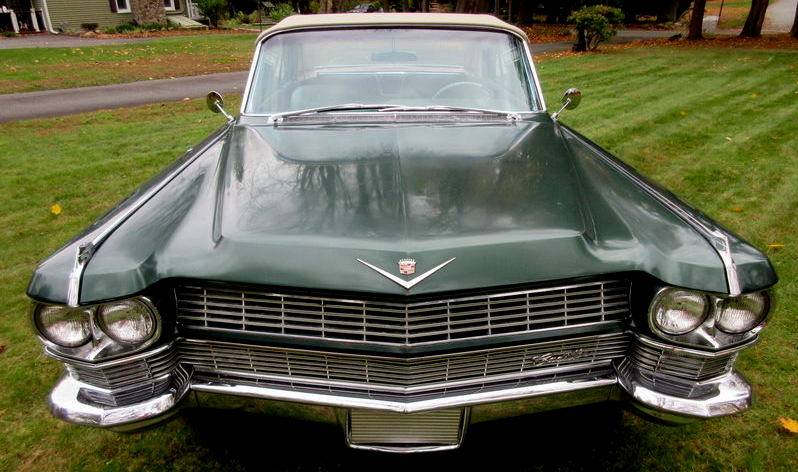 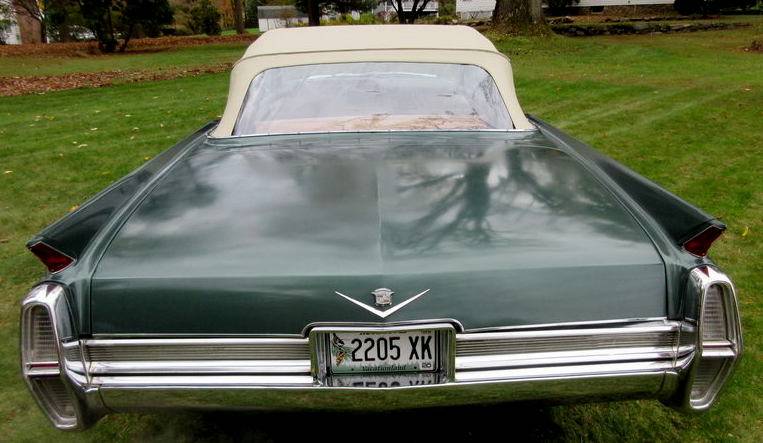 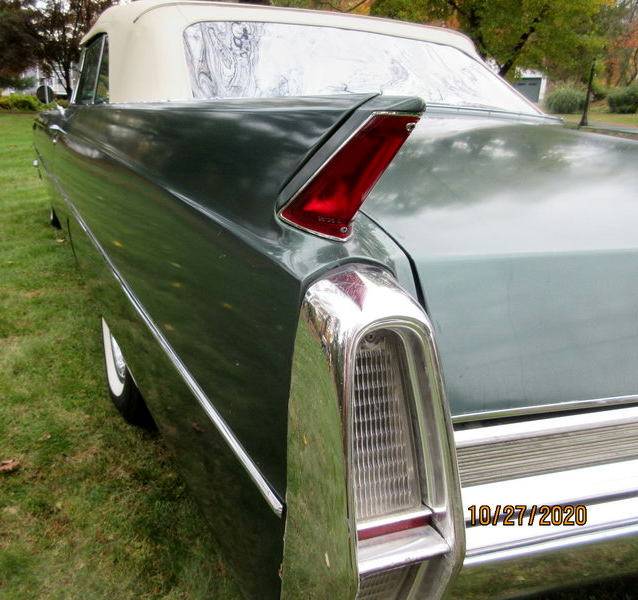 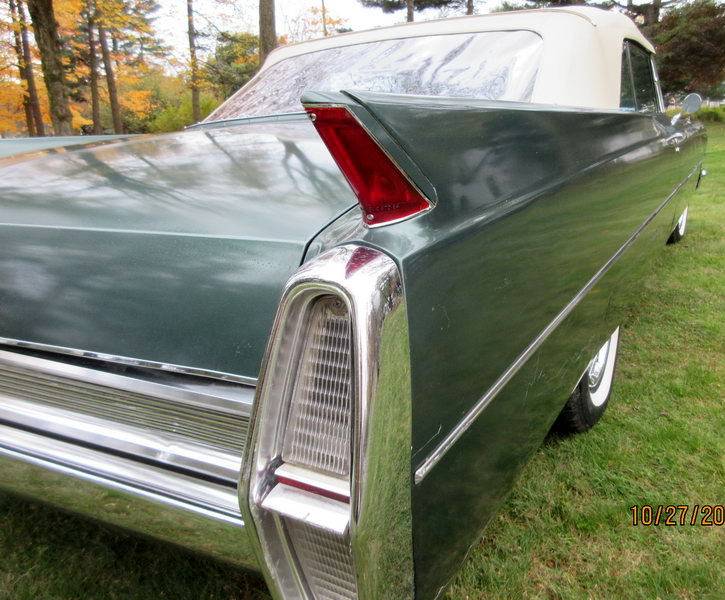 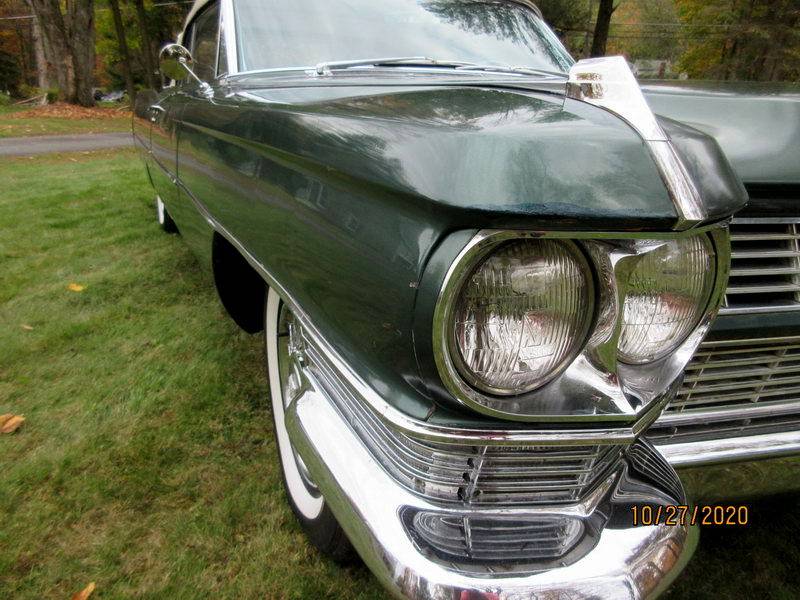 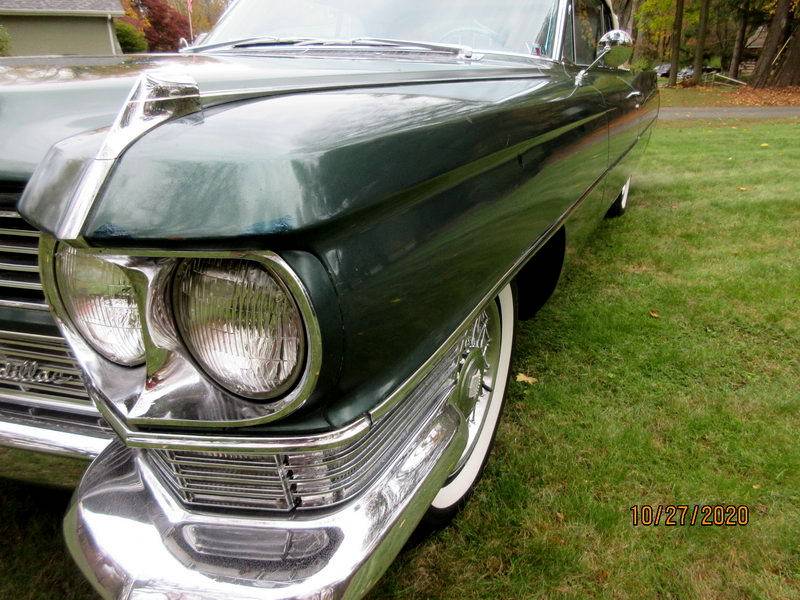 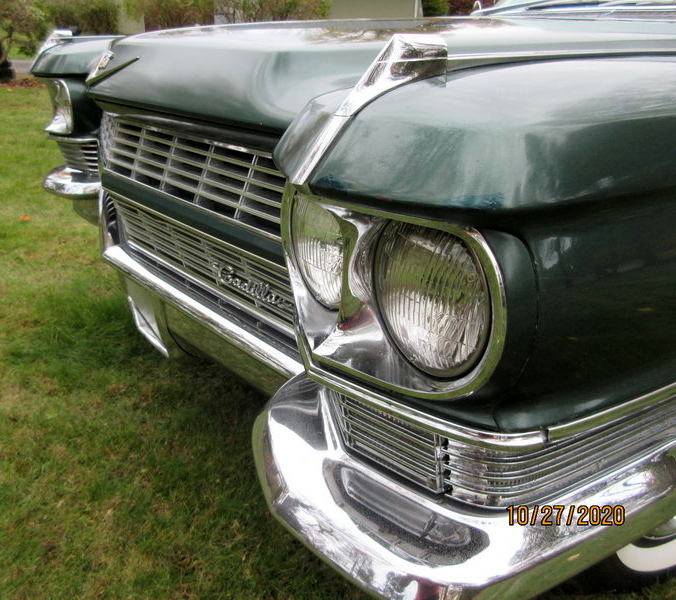 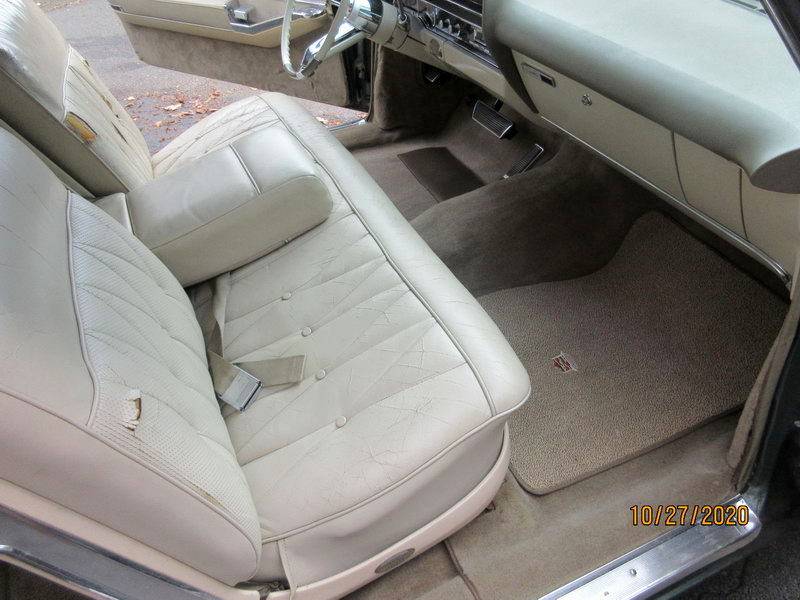 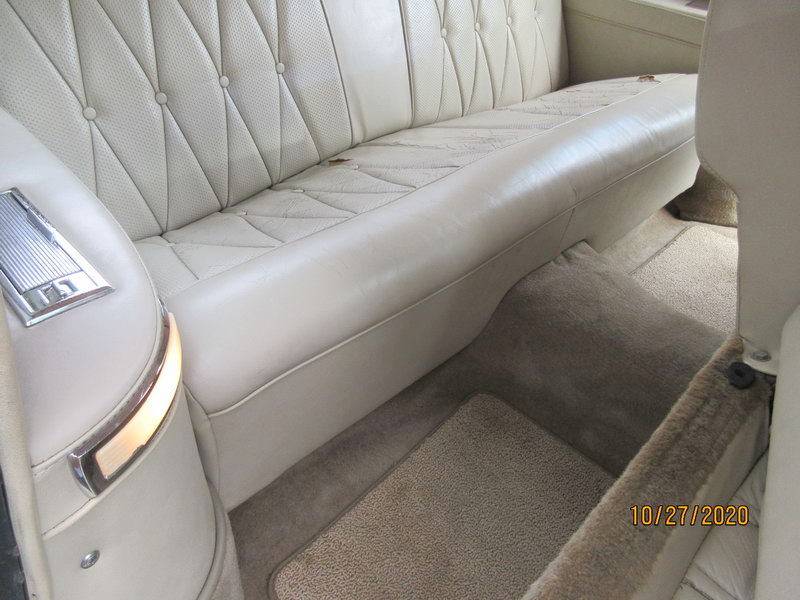 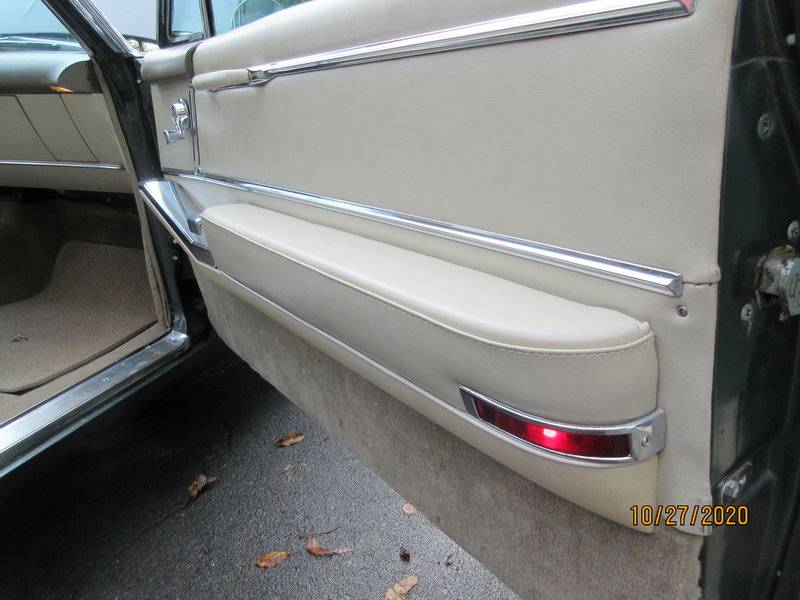 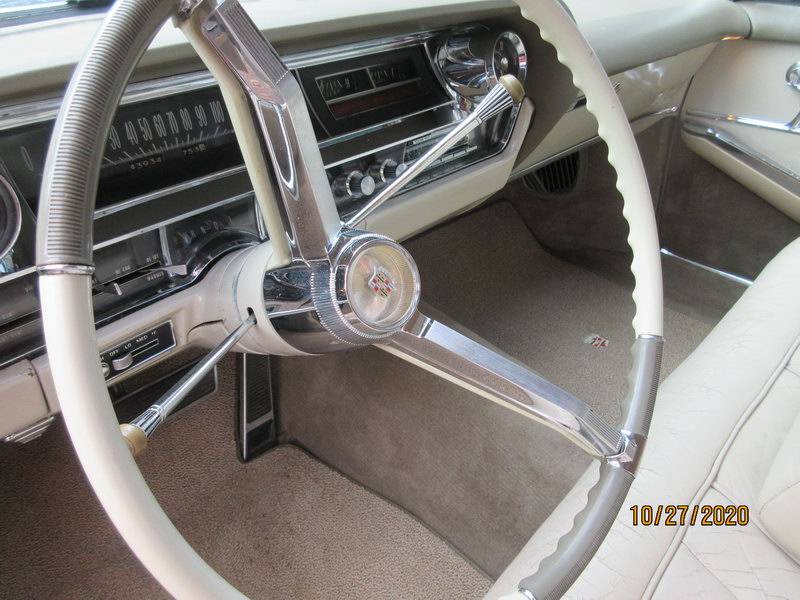 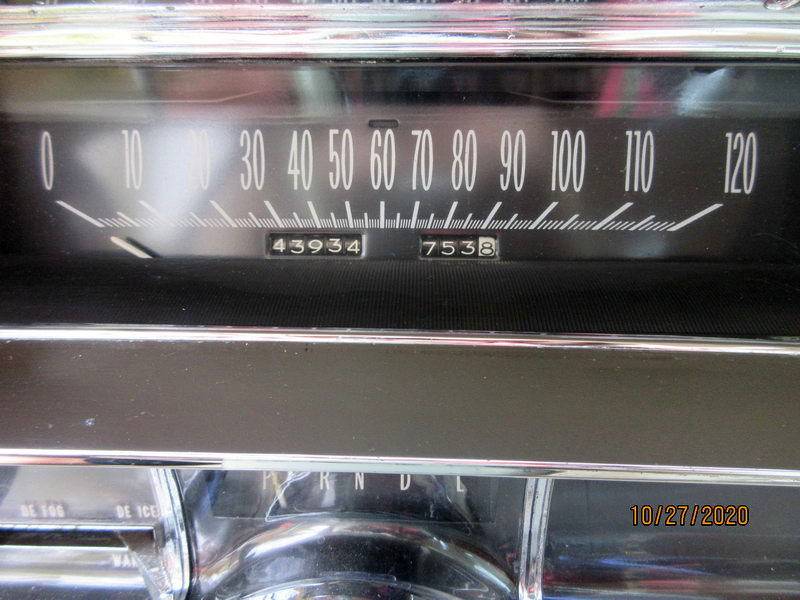 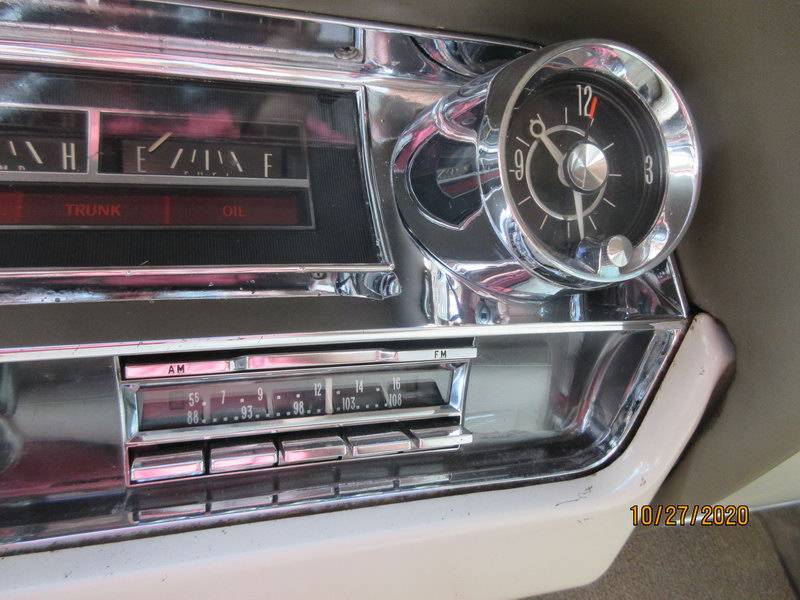 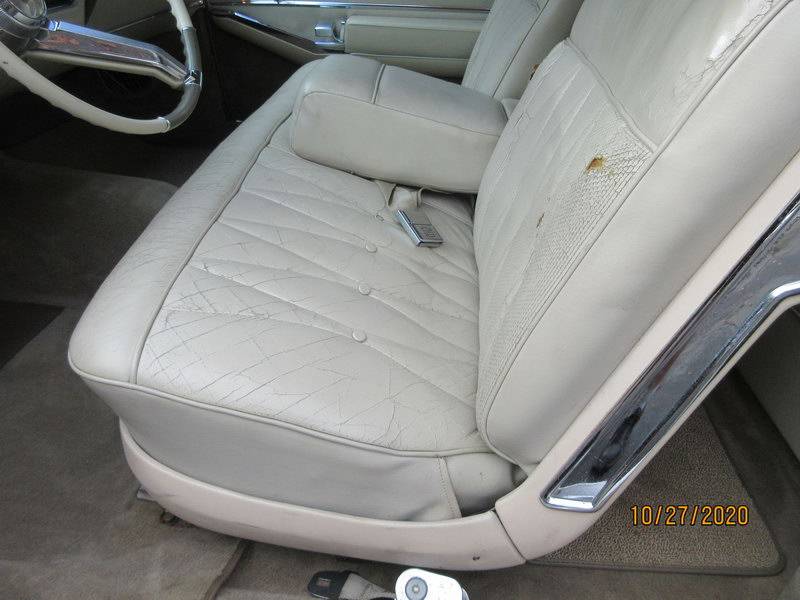 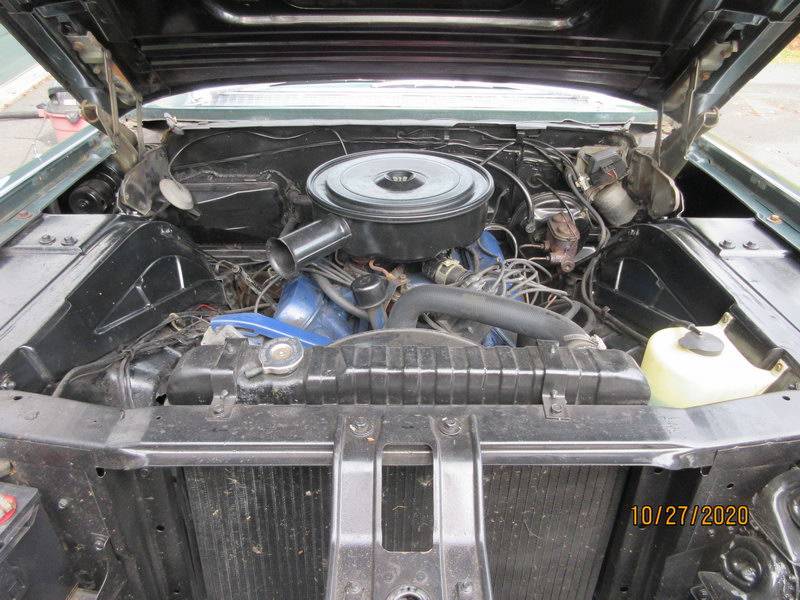 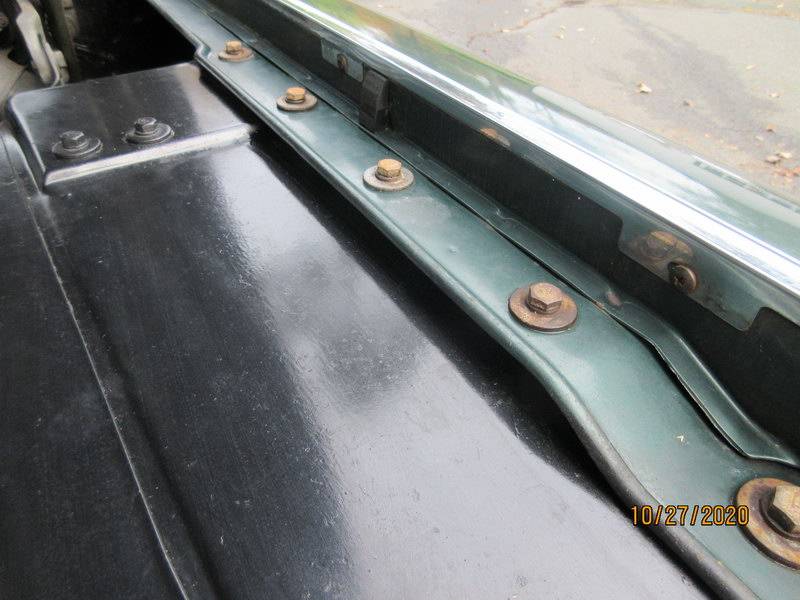 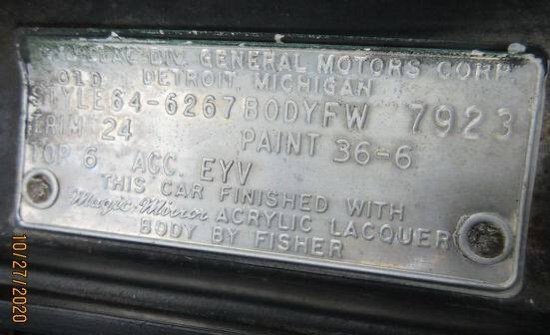 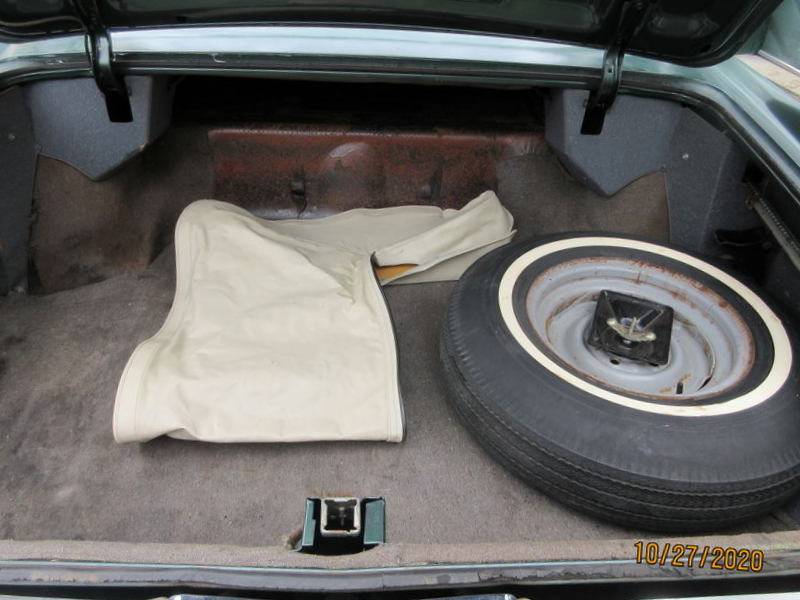 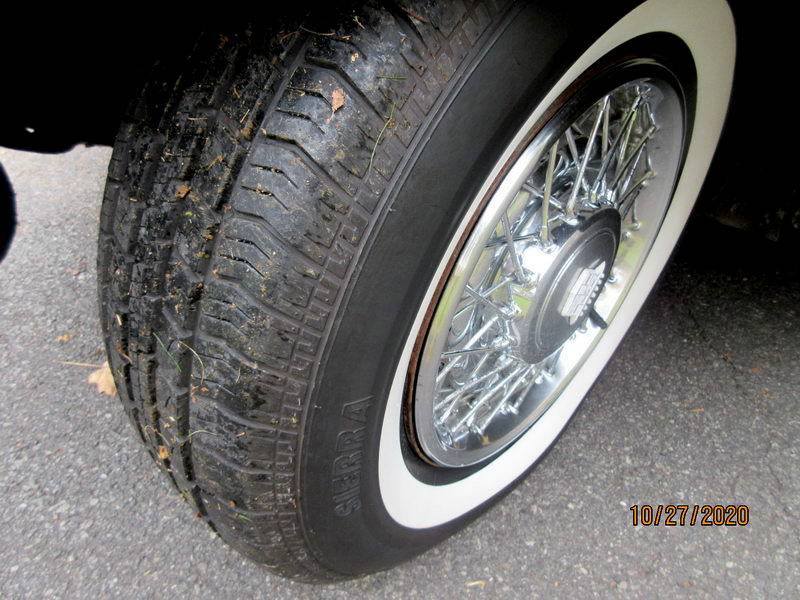 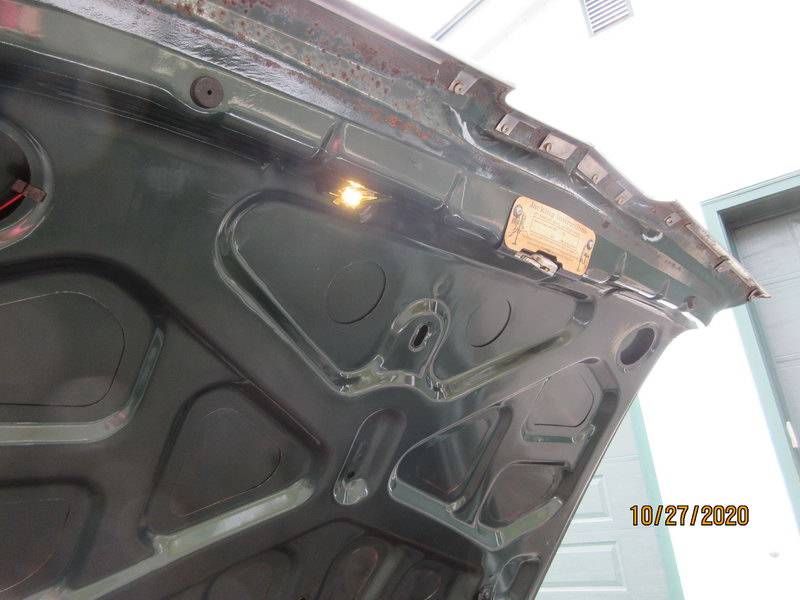 A styling icon for the brand dating back to 1949, Cadillac’s prominent use of prominent tail fins came to an end for the redesigned 1965 model year. The writing was on the wall though as designers continued to tone down the rear fins from their wild peak on the brand’s 1959 models.  This driver-quality 1964 Cadillac DeVille convertible originally listed in December 2021 on Craigslist in Denville, New Jersey shows how tastefully integrated tail fins had become by their final model year.   The private seller of this 44K mile, Firemist Green over white leather has their Caddy “winter priced” at $20,500.  Comparing this price against the Hagerty Insurance Online Valuation Tool confirms this private seller has their DeVille priced between the #4 “Fair” (Daily Driver) estimate of $16,200 and the #3 “Good” appraisal of $27,200. As a second data point, the Collector Car Market Review confirms the asking price falls more optimistically between this guide’s #3 “Good” estimate of $16,025 and its #2 “Very Good” appraisal of $29,575.

1964 was the final year of the second-generation DeVille first launched for model year 1961.  Despite it being its final year before a complete redesign, this was a Cadillac, so designers completed a minor facelift that included a bi-angular grille forming a V-shape along both its vertical and horizontal planes. The main horizontal grille bar was now carried around the body sides. Outer grille extension panels again housed the parking and cornering lamps. It was the 17th consecutive year for the Cadillac tailfins with a new fine-blade design carrying on the tradition. Performance improvements including a larger V-8 were the dominant changes for the model run. Equipment features were the same as in 1963 for the most part. Comfort Control, a completely automatic heating and air conditioning system controlled by a dial thermostat on the instrument panel, was introduced as an industry first. The engine was bumped to 429 cubic inches and rated at 340 gross horsepower. Performance gains from the new engine showed best in the lower range, at 20 to 50 mph traffic driving speeds. A new technical feature was the Turbo-Hydramatic transmission, also used in the Eldorado and the Sixty Special. A DeVille script above the lower belt molding was continued as an identifier. This was the first year for the DeVille convertible. DeVille sales reached 110,379 units, accounting for nearly two-thirds of all Cadillacs sold.

If you ever wondered how Cadillac’s Autronic Eye and Twilight Sentinel systems from the mid-sixties worked, this Service Department video will have you become an expert in about 28 minutes:

Between the surface rust shown under the trunk lid, the cracked plastic rear window, and the cracked white leather interior, and the somewhat faded paint, this is a driver-quality DeVille you can enjoy as is this coming summer while you plan to do upgrades next winter if you are so inclined to do so.  Good luck with the purchase!

“Got Fins!!!! Yes, a here is a classic 1964 Cadillac Convertible rare opportunity to own a truly Iconic American Classic Cadillac Convertible the ultimate classic with rear “Fins Styling” drop-top cruiser w/low miles solid straight ready to drive and enjoy. Getting hard to find 64′ Convertibles and prices are def on the rise so don’t snooze when you can cruise. Some back info; 1964 Featured the all-new Big Block 429 CID high-performance engine with the refined Hydra-Matic Drive Transmission combo (very desirable) which gives the 64′ Cadillac’s a new agility and responsiveness. Full power leather inside wow what a ride. 6 way power seat works great. Top hydraulics are strong up and down. Heat works, new radial tires, brakes are excellent has nice high full pedal, exhaust is quiet & tight, cruises on the highway at 80 mph like a dream superb mechanically a lot of $$$ spent to well sort it mechanically. Nice solid low mileage driver quality. Let these just taken pix speak for themselves. Winter priced firm $20,500.00 no time wasters or trades low priced to sell.”

Restore or Driver as-is: What would you do with this Cadillac DeVille convertible?  Comment below and let us know!