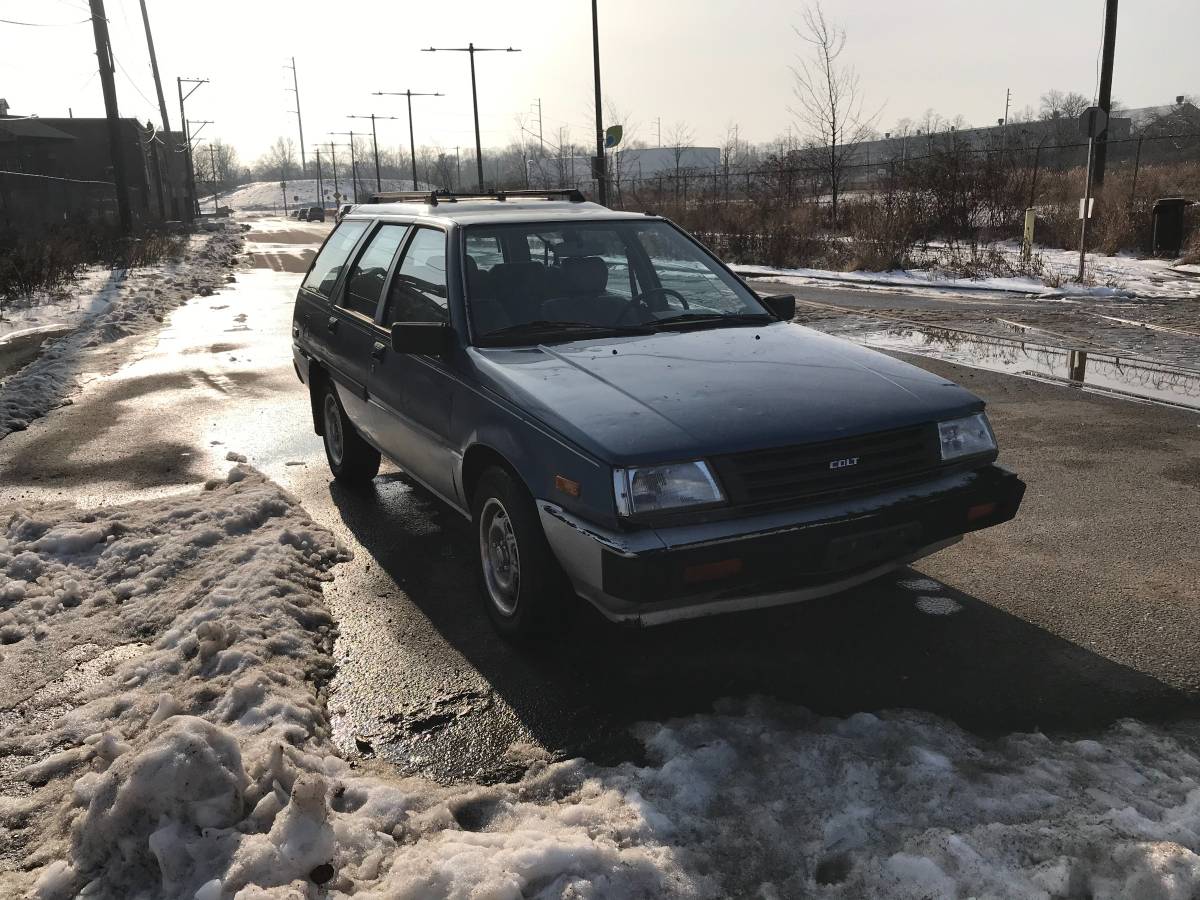 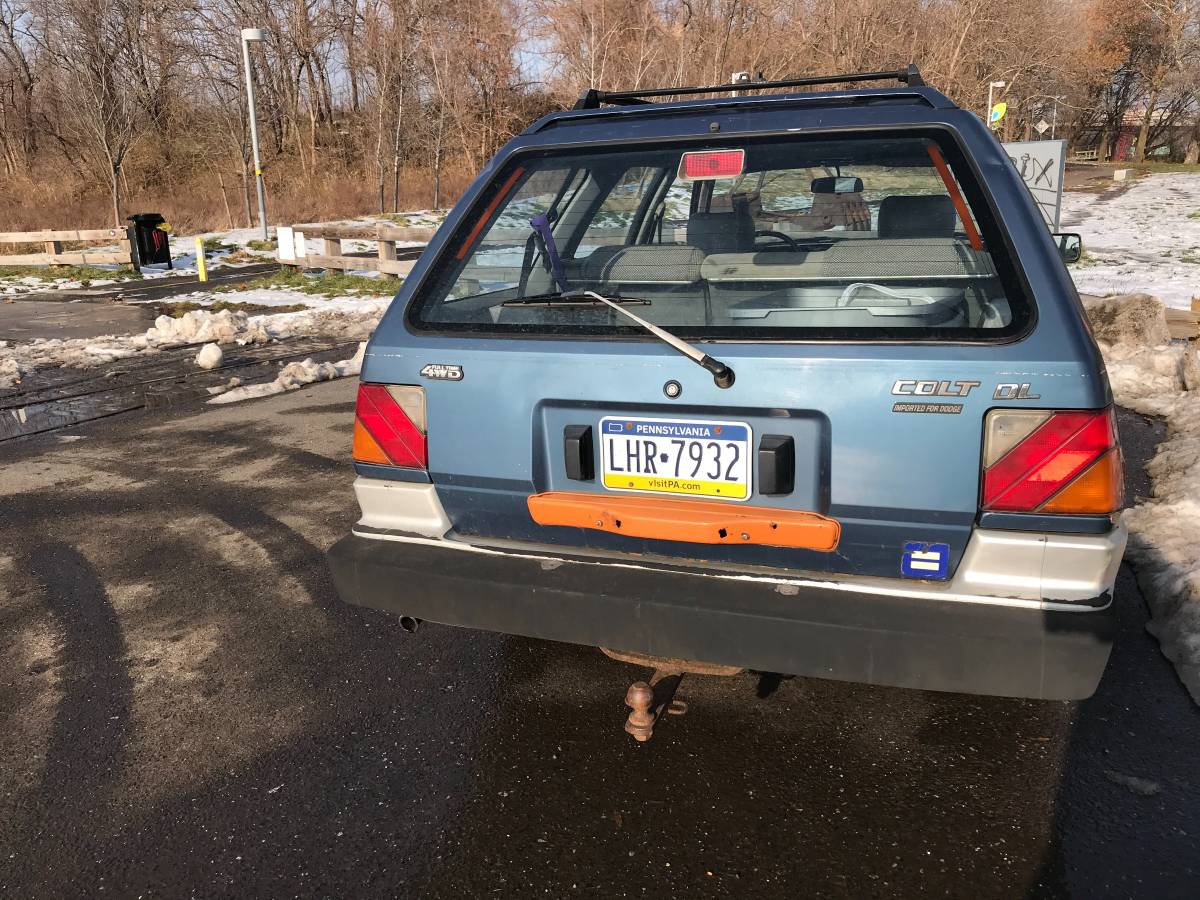 January 21st, 2021 Update – It doesn’t happen too often, but on rare occasions when Sellers price their car too low, they quickly realize the high demand can let them increase their ask.  That seems to be the case with this rare ’89 Dodge Colt 4WD Wagon as the seller just increased their asking price by $500 to an even $2,000.

Before Japanese automakers started neutering our streets with look-alike CUVs, they offered four-wheel-drive equipped versions of their compact station wagons. While Subaru always dominated this niche market they essentially created, we love coming across competitive offerings of the day such as this 1989 Dodge Colt 4WD wagon originally listed in December 2020 on Craigslist in Southwest Philadelphia for a bargain-basement-but-firm asking price of $1,500.  Not surprisingly, we confirmed the ask falls at the low side of the NADA Guides Classic Car Online Valuation Tool’s “Low”, “Average”, and “High” retail value range of $1,375, $2,675, and $4,000, respectively.

In 1984, Chrysler launched the fifth-generation “Imported For” Colt as 1985 models offered at both Plymouth and Dodge dealerships.  A first for FWD Colts was the availability of a three-box four-door sedan body; it and the 3-door hatchback were available in the US from 1985-88. From 1988 through 1991, Chrysler also offered a Colt in a traditional four-door station wagon variant, not to be confused with the Minivan-like Colt Vista also offered during this time.

The Colt wagon, while never available with the turbocharged engine, offered a more powerful 1,755 cc engine in the four-wheel-drive version. Unlike the FWD version, the DL 4×4 was not available with an automatic transmission. While the hatchback Colts were replaced for 1989, the Colt wagon continued to be available until the 1991 introduction of the Mitsubishi RVR-based Colt wagon, which also replaced the Colt Vista. This car was also marketed as the Eagle Vista wagon in Canada where this generation Colt sedans and hatchbacks also continued to be offered alongside the next as a lower-priced alternative.

The private seller is one step ahead of us they provide the link to this 1989 MotorWeek Review of a similarly-equipped Dodge Colt 4WD wagon:

Yours truly owned a brand new ’87 Plymouth Colt and can attest that the 140K miles on this car are a good start as long as the oil has been changed regularly.  Other than fix up the body, we would change out the Subaru Double-DIN stereo as soon as we brought the car home; somehow, that just seems wrong in this car.  This car represents what the RADWood movement started out as, that is, enjoying unique cars from the 80s and 90s on the cheap.

“Hi I’m selling my 89 dodge colt for $1500 . Made by Mitsubishi. Manual transmission, It has roughly 140k miles and ready to drive . It’s registered in PA but not inspected . It is a rare car and it comes w a trunk full of parts if you were to need something replaced .
Compact station wagon , roof rack , 4WD, uhaul hitch on the back, solid beast, fun to drive.
Firm on price.”

Rally or Restore: what would you do with this Colt?  Comment below and let us know!