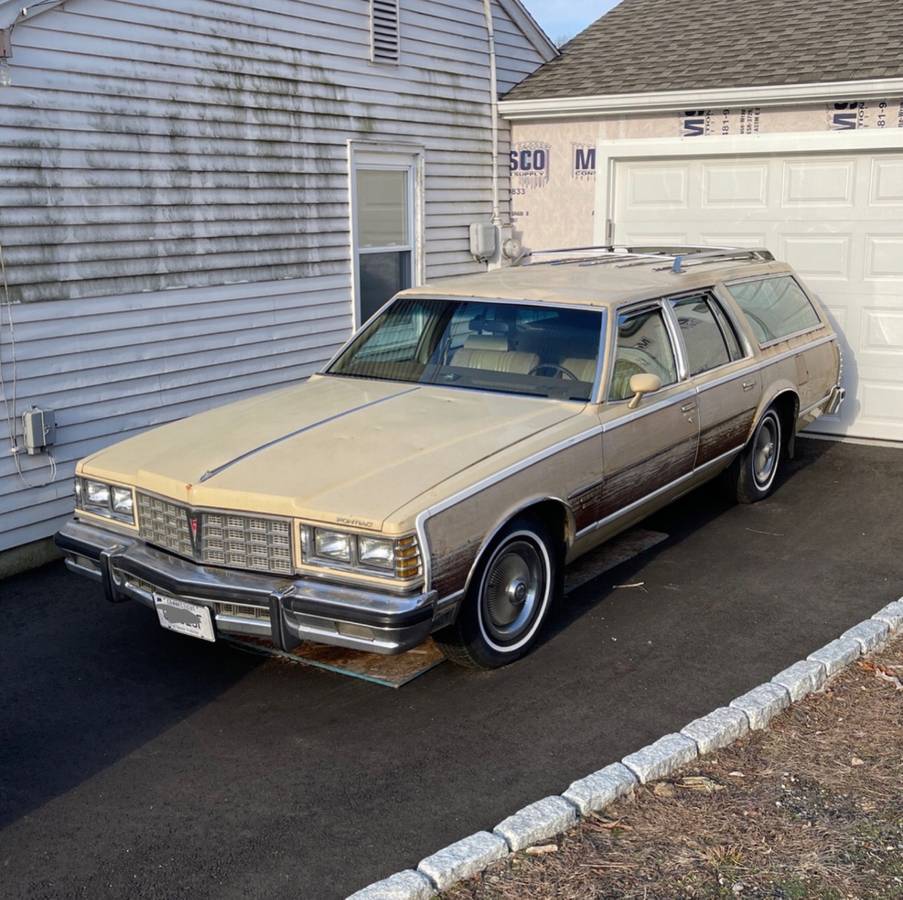 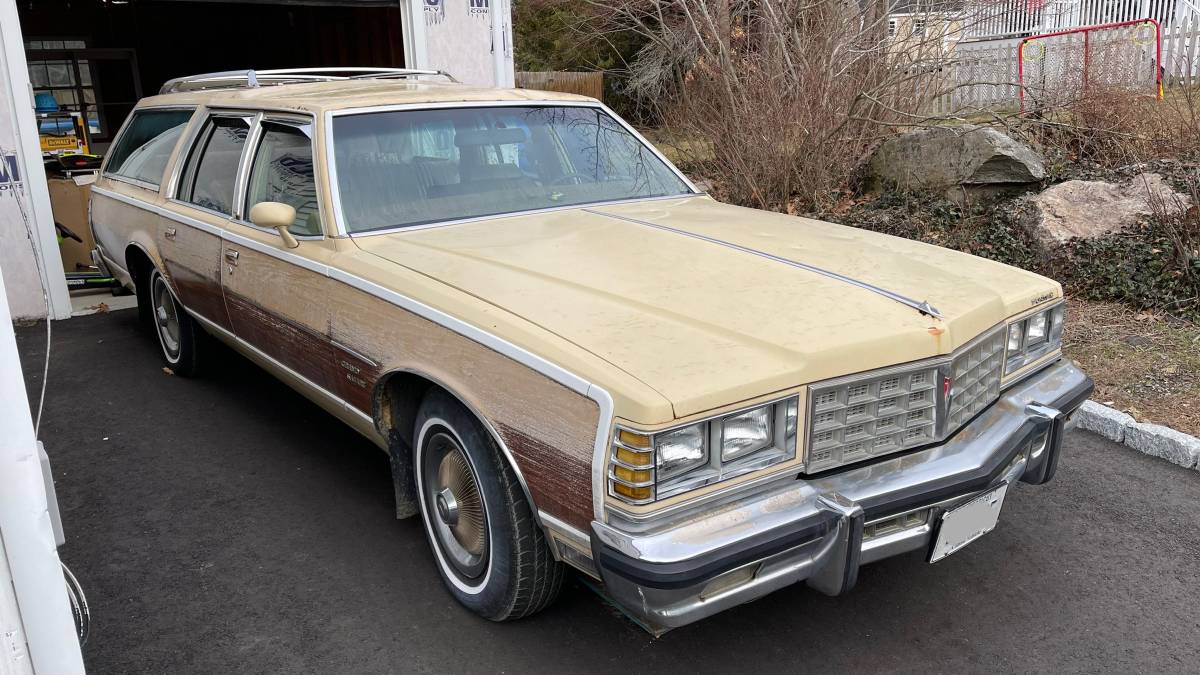 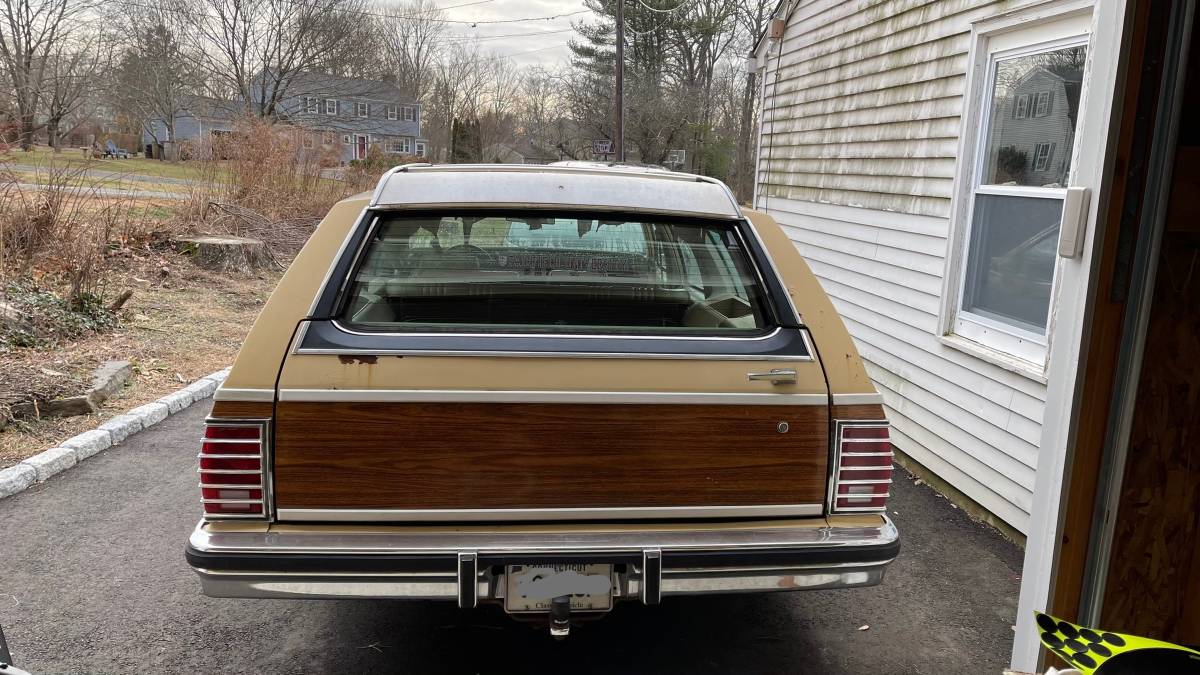 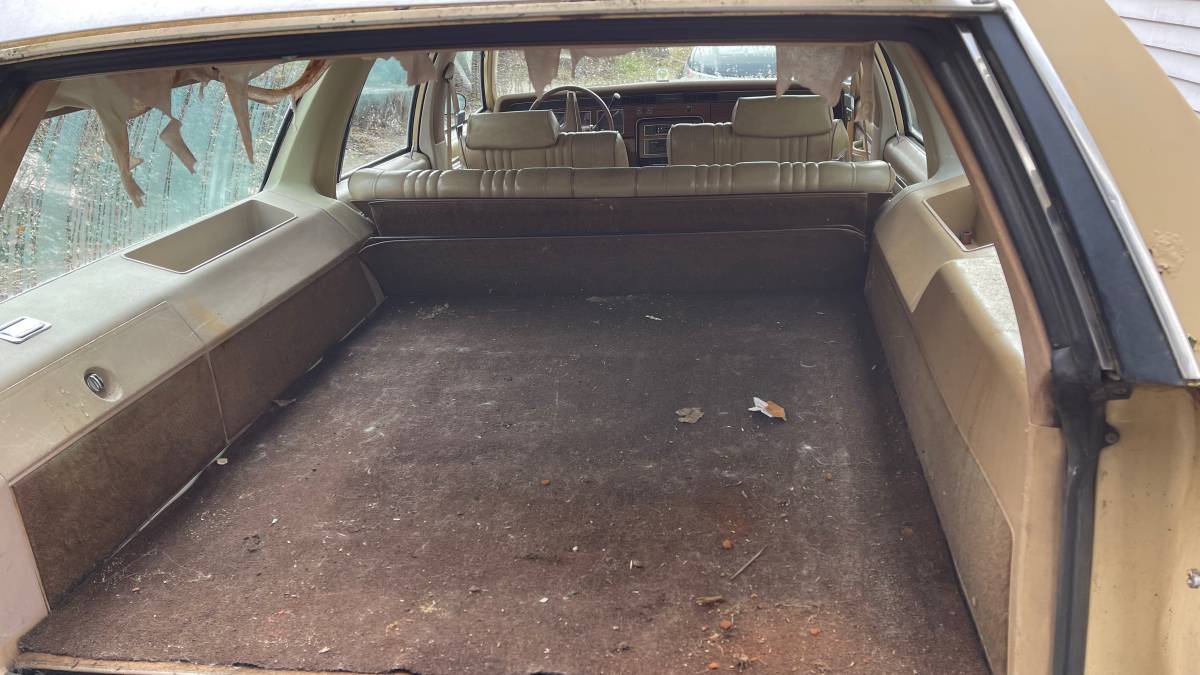 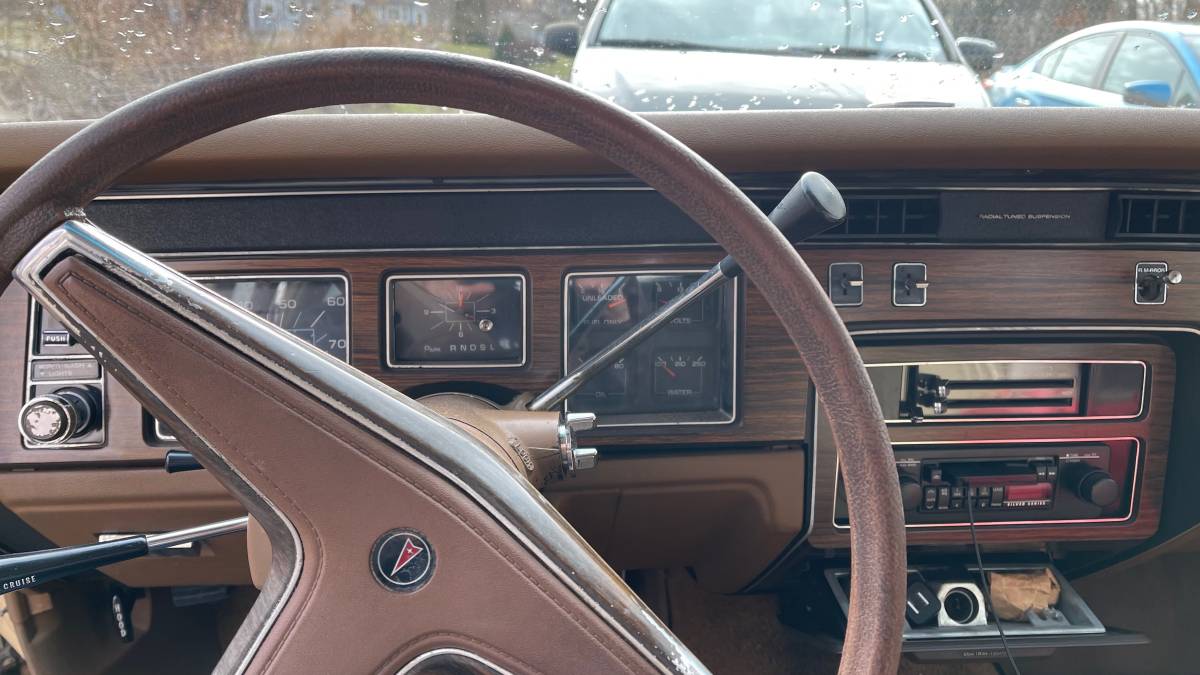 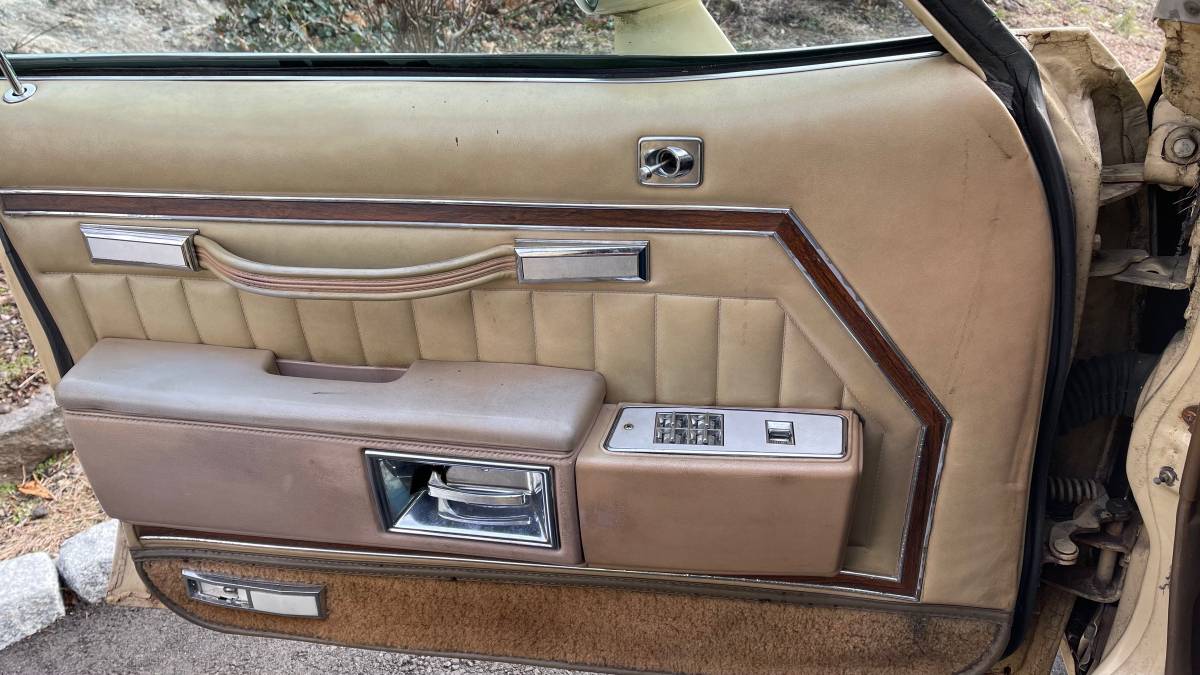 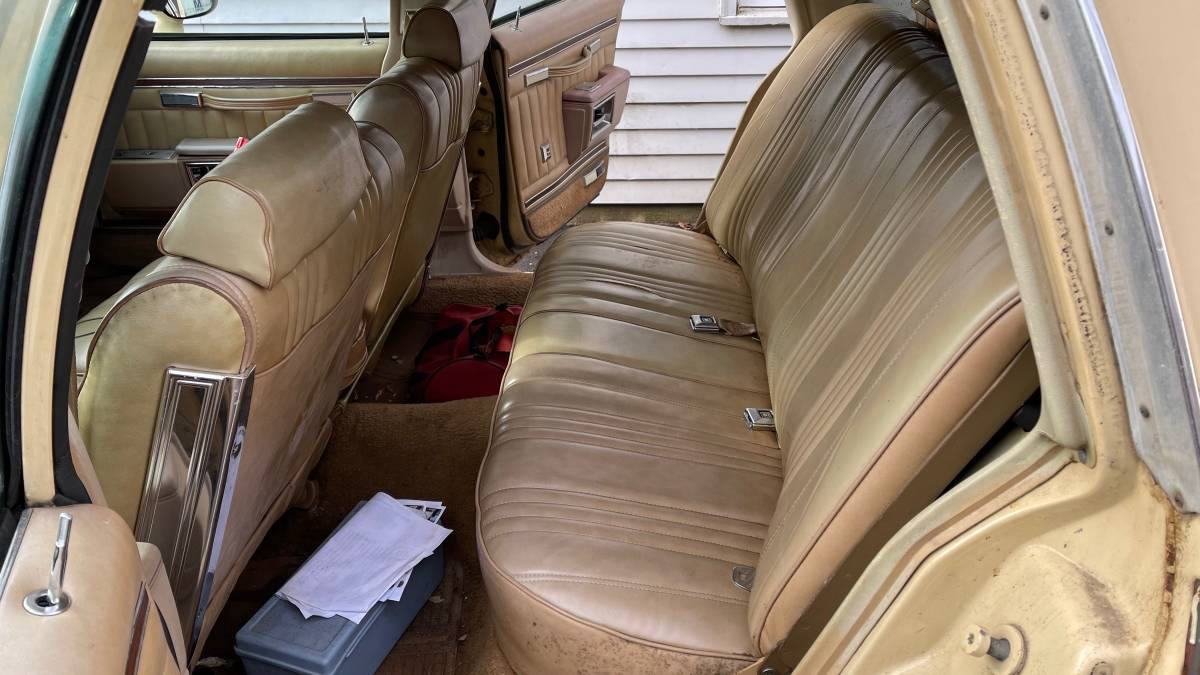 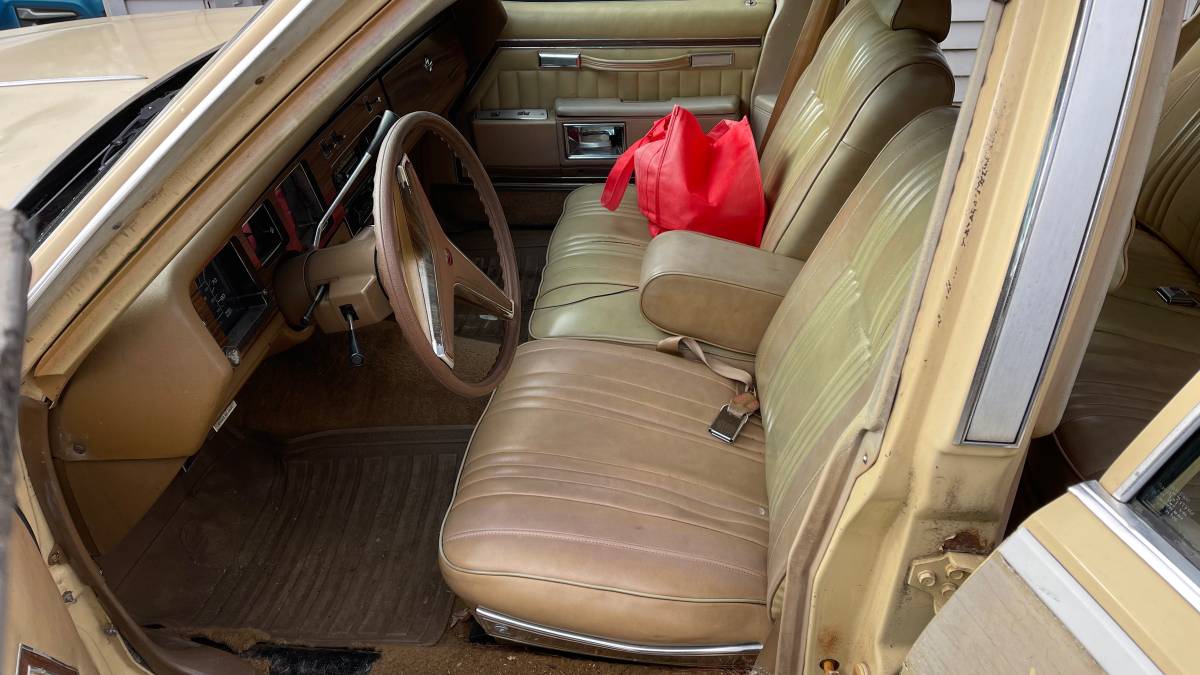 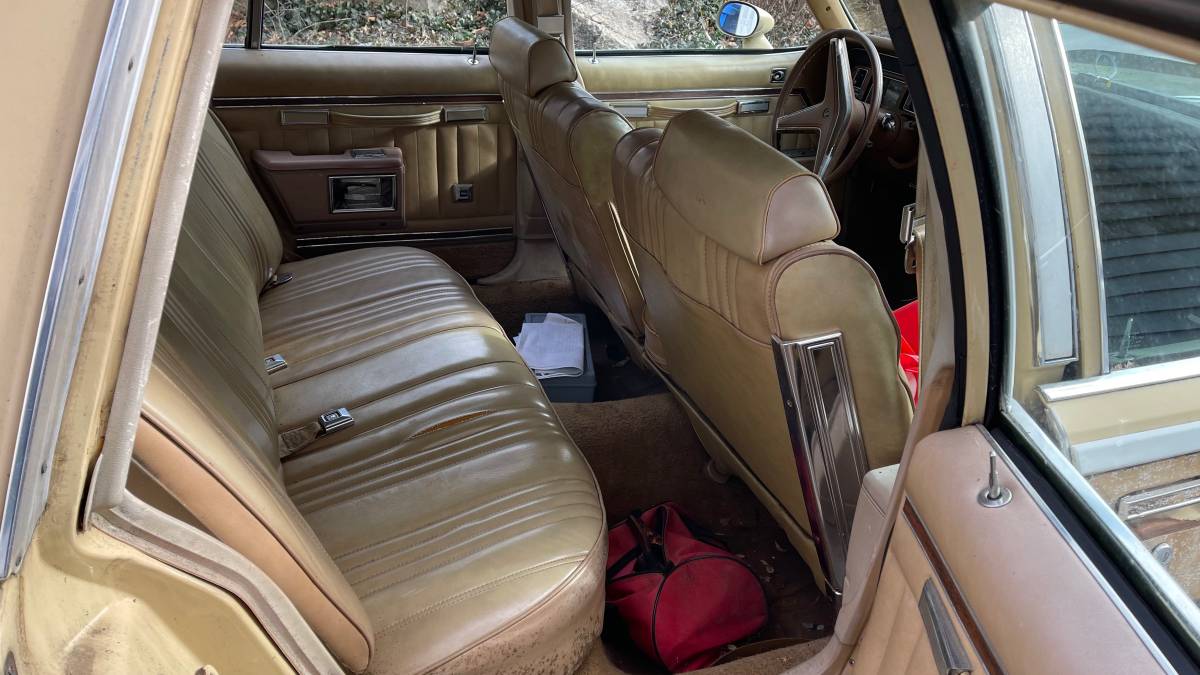 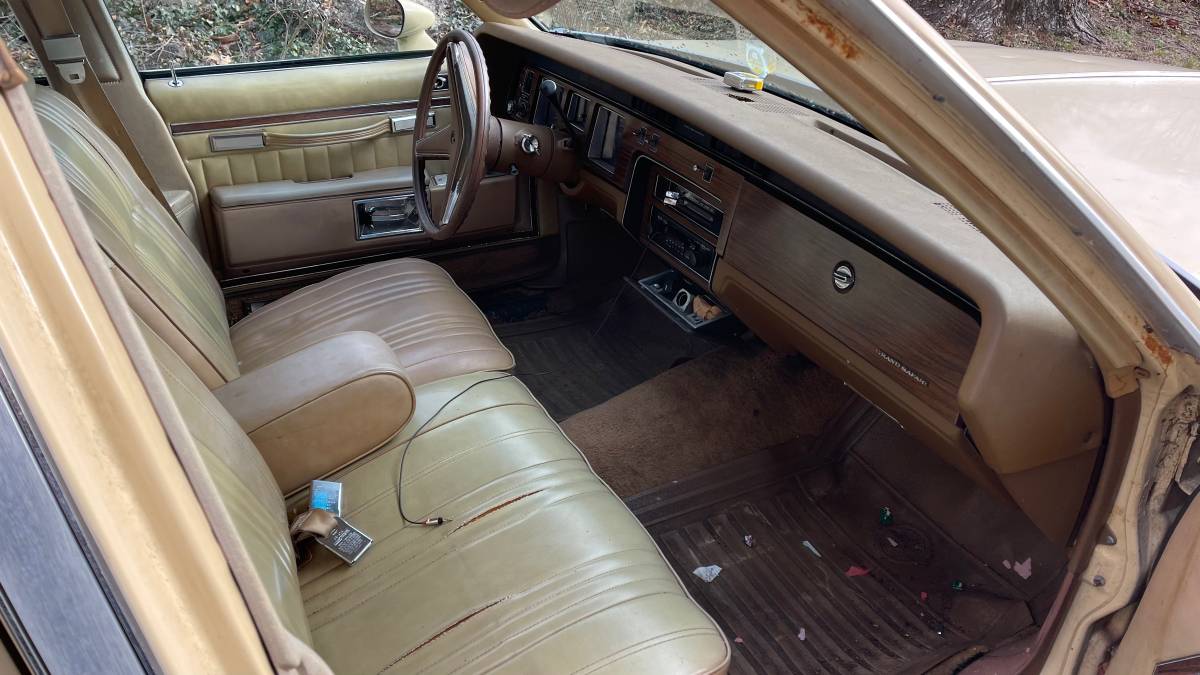 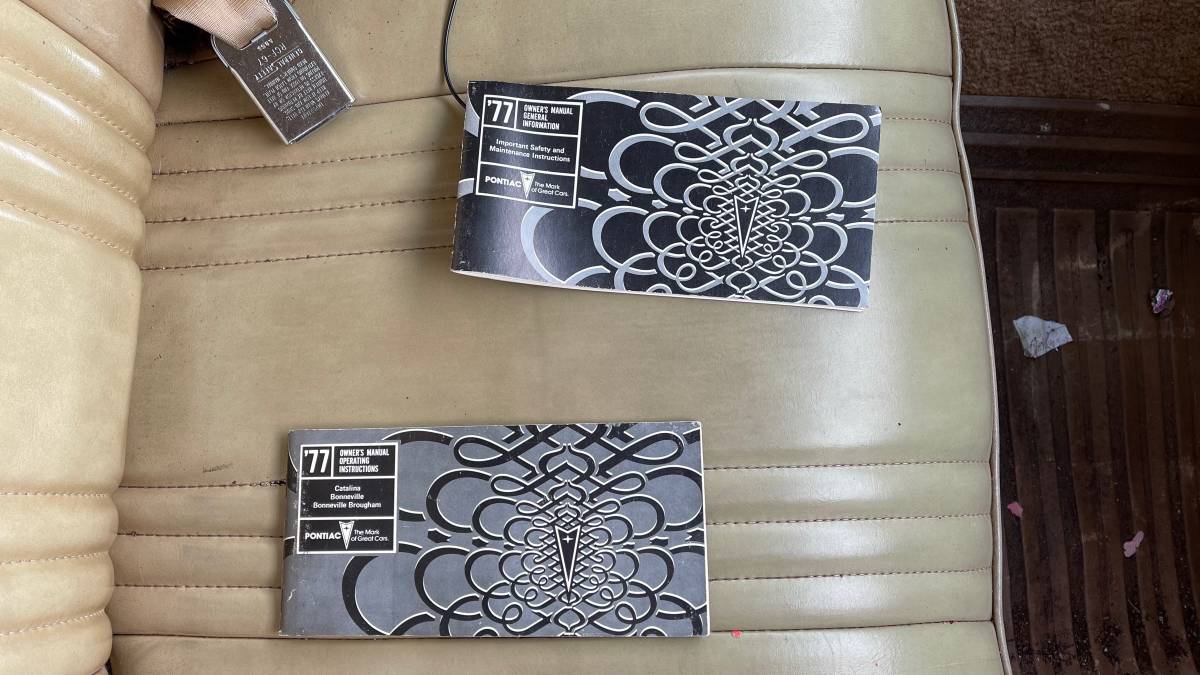 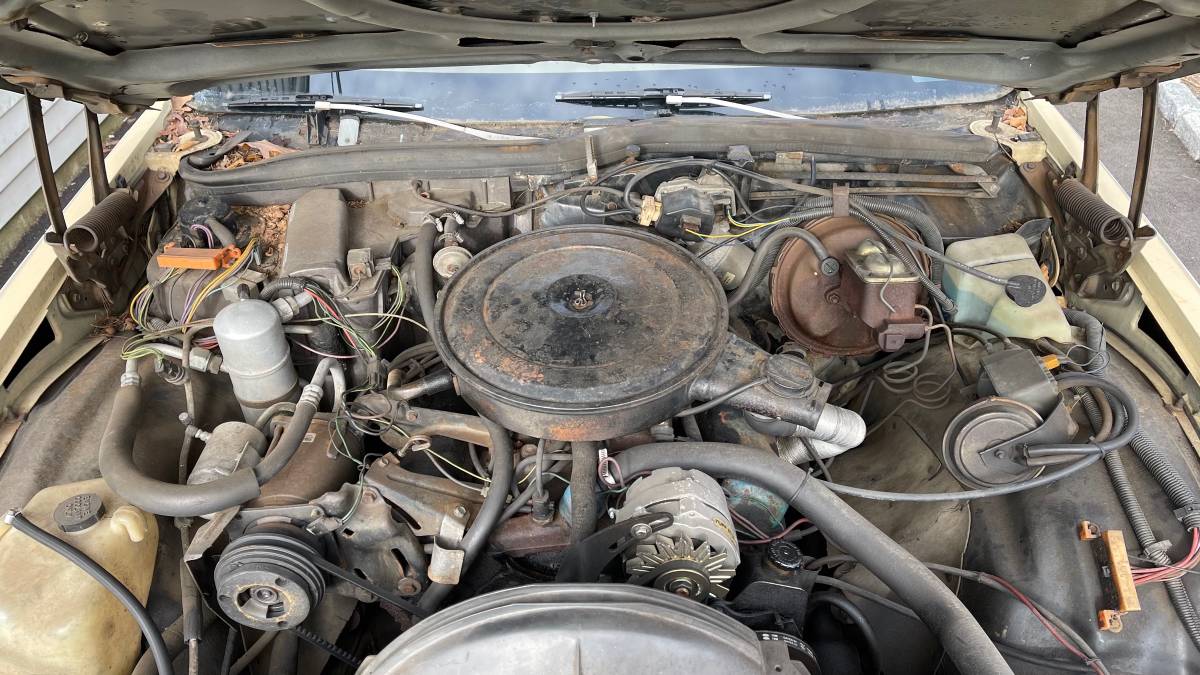 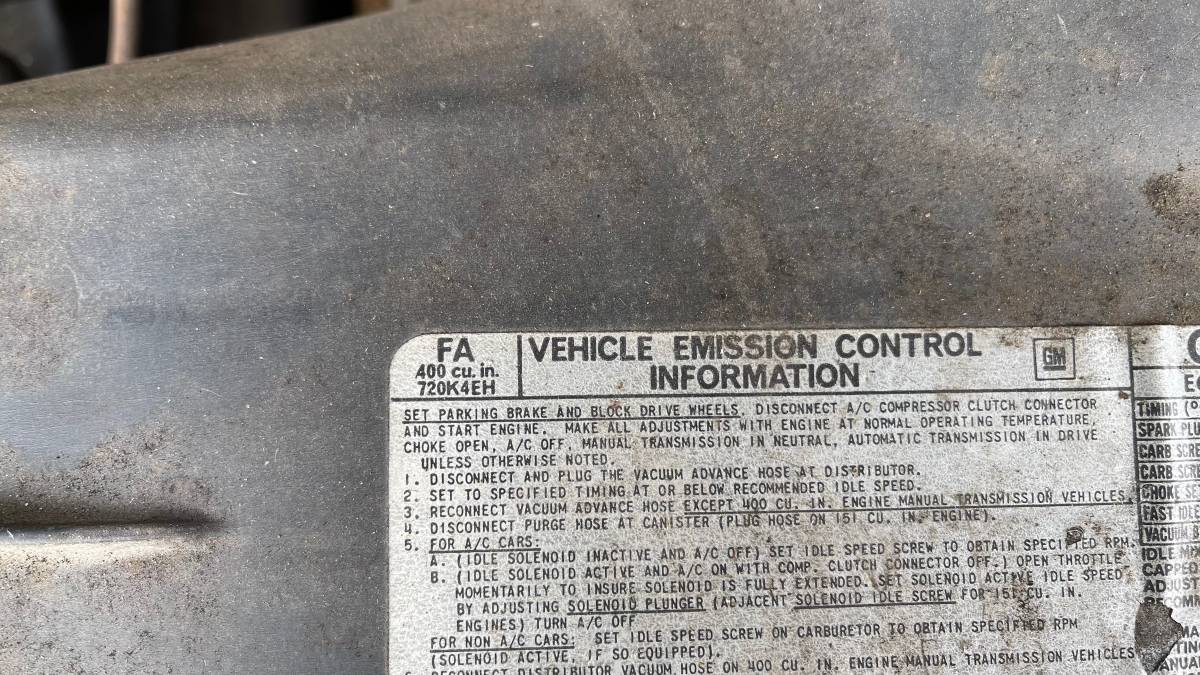 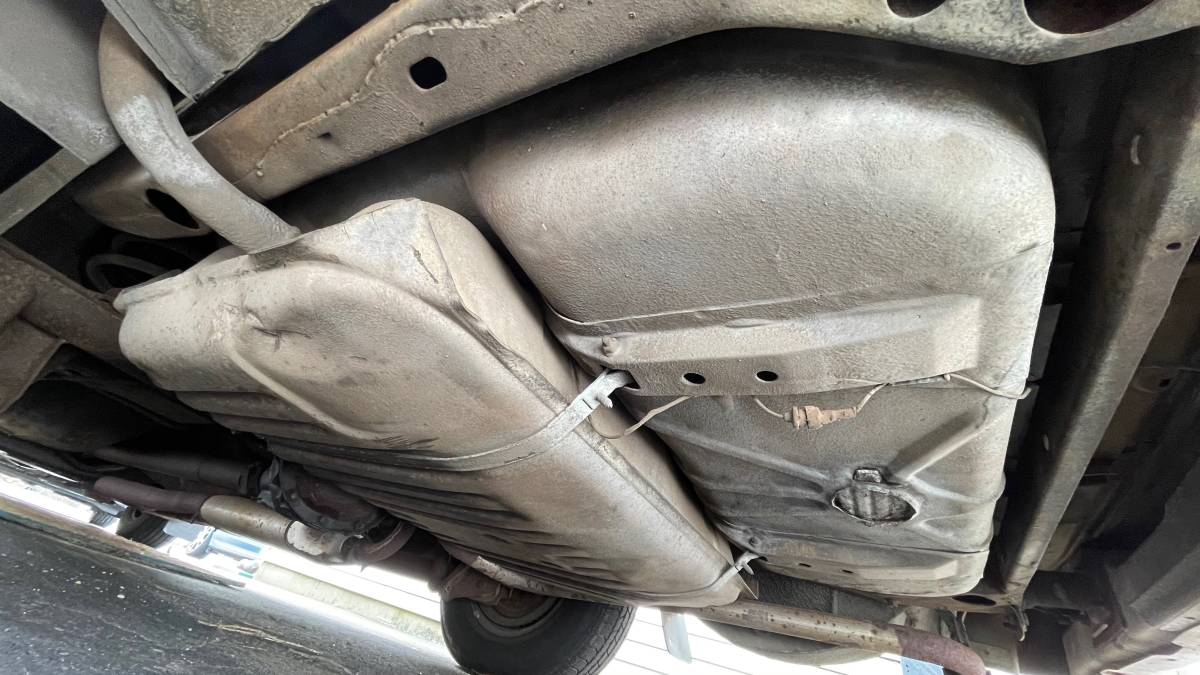 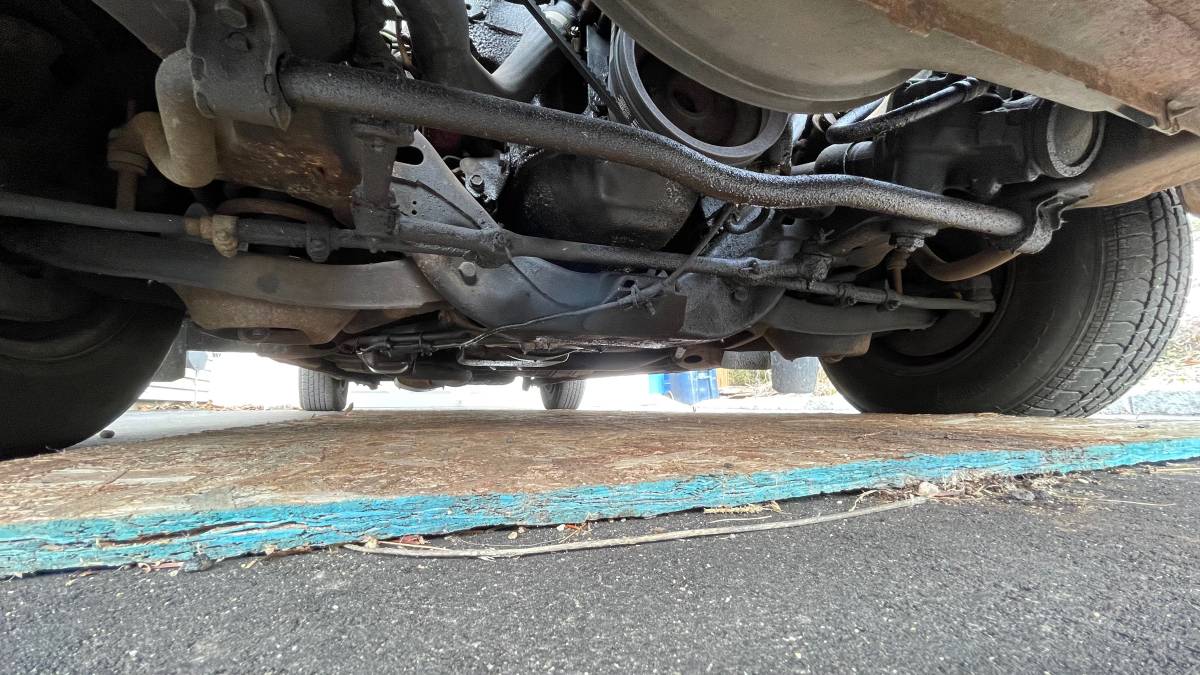 Following in the footsteps of the longest and heaviest Pontiacs ever built, GM downsized the second-generation 1977 Grand Safari extensively.  The new squared-off generation received a one-foot reduction in both wheelbase and overall length. Engineers replaced the heavy and complex Glide Away Tailgate a more traditional (and lighter) three-way unit.  All of these changes combined to achieve an astounding 1,200-pound weight reduction over the prior model.  While the reduction in both size and weight allowed the second generation Grand Safaris to use smaller engines, this example originally listed in January 2021 on Craigslist in Guilford, Connecticut features Pontiac’s very desirable 400 cubic inch V8.

Originally a North Carolina car, the current caretaker is offering their driver-quality Grand Safari for $1,500.  Comparing that price against the  Collector Car Market Review Online Tool confirms the private seller’s ask is below this guide’s #4 “Fair” (Daily Driver) estimate of $2,750.  This Safari appears to a solid survivor you can either continue driving as is or tackle nice restoration for it.

“You don’t see too many of these on the road anymore. Definitely a head-turner. This one is in need of overhaul by someone who appreciates this era of family haulers. I have come to the realization I will not be able to get to the restoration any time soon. Although this car can use an overhaul, it does still run and once it gets started it runs quite well actually. It has the biggest engine offered for the model year Pontiac’s 400 which does a good job of moving all this car down the road. It will need a new battery as it currently requires a jump to start only because I just don’t get around to driving it often. The alternator is new and the owner before me put a new a/c compressor in about 6 years ago and the a/c is crisp. It has working power windows and door locks although the motor for the heavy rear window has difficulty raising it. It has an aftermarket tape deck am/fm radio and all original speakers still work. The unfortunate parts are it leaks from the oil pan and also from the rear main seal. Water gets in when it rains likely from the roof rack and driver door seal which is pretty torn up. There is no 3rd row as it was an option in ‘77 and this car doesn’t have it. It’s spent most its life in North Carolina and I’ve had it 6 years in CT and it’s never seen snow so the chassis has minimal rust. The tailgate swings out but currently doesn’t open down. It’s fun to drive and up to about 6 months ago I was using it daily for work (60mi a day) no problem. But it has been sitting now which is never great for a car. I don’t have to sell won’t let it go for a low ball price so please serious offers only.“

Restore or Daily: what would you do with this Grand Safari?  Comment below and let us know!