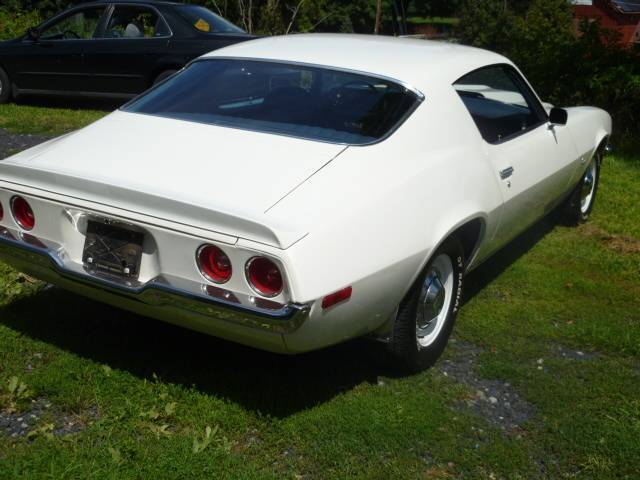 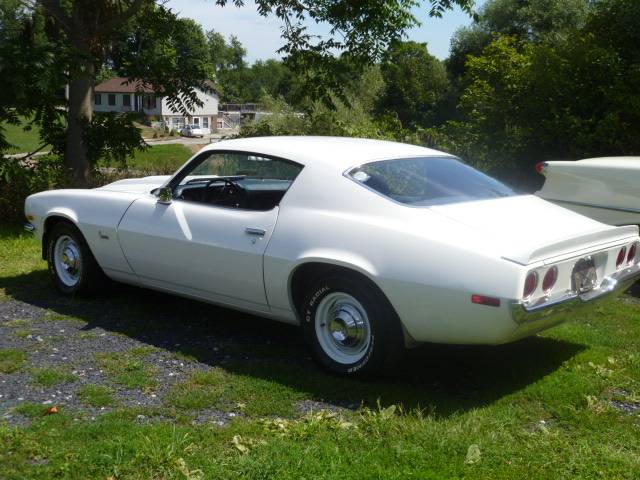 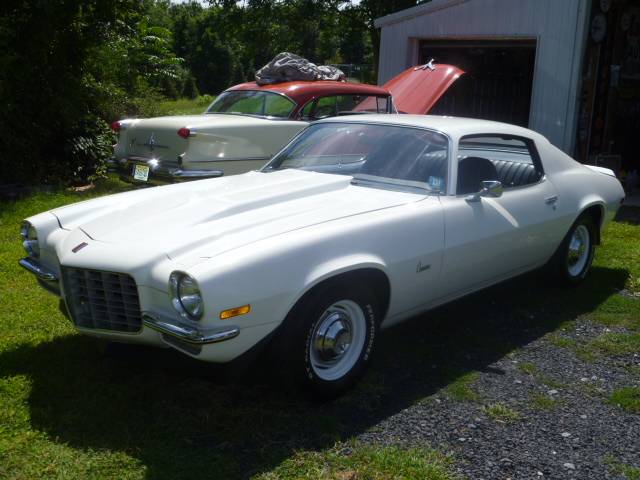 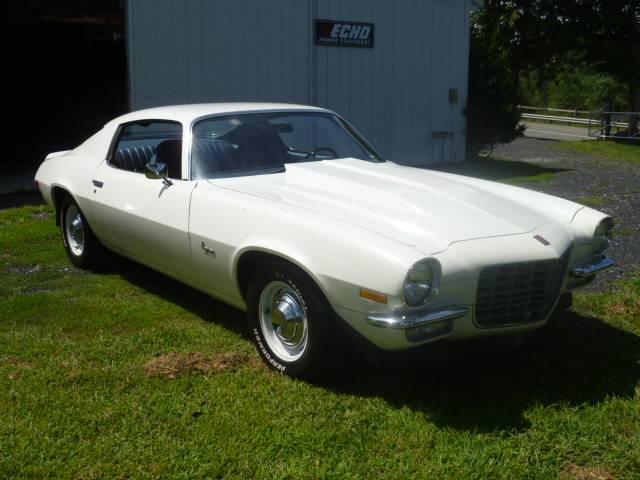 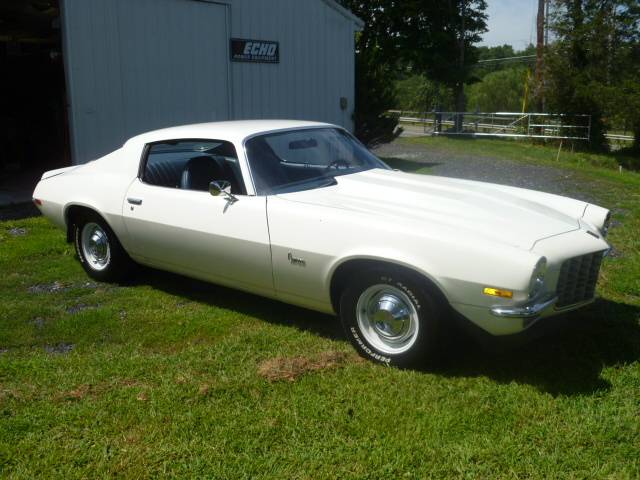 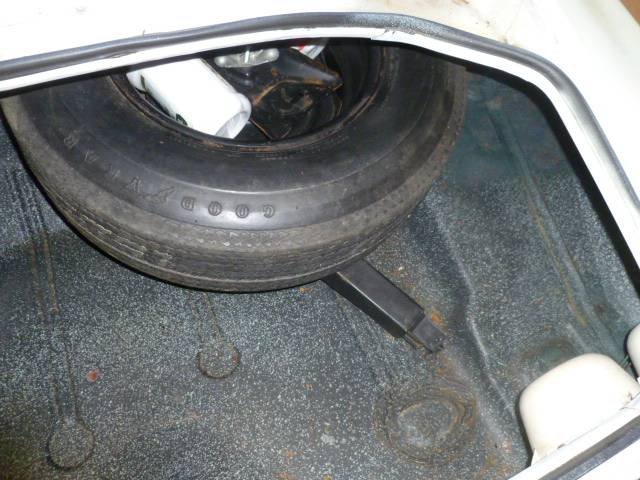 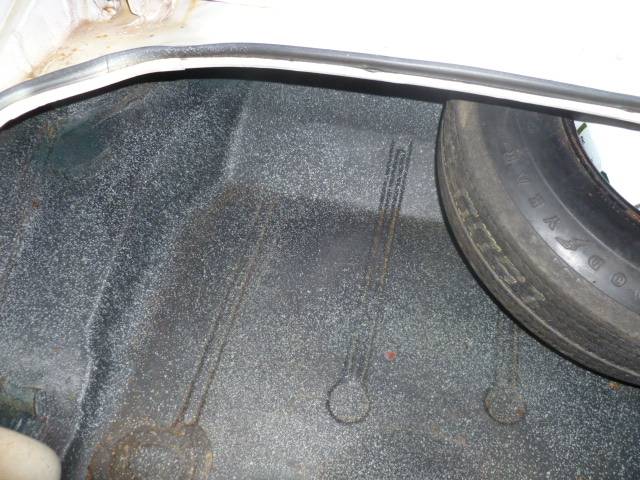 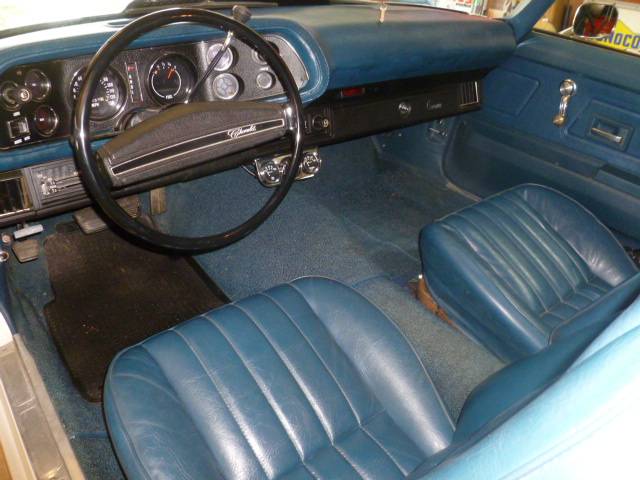 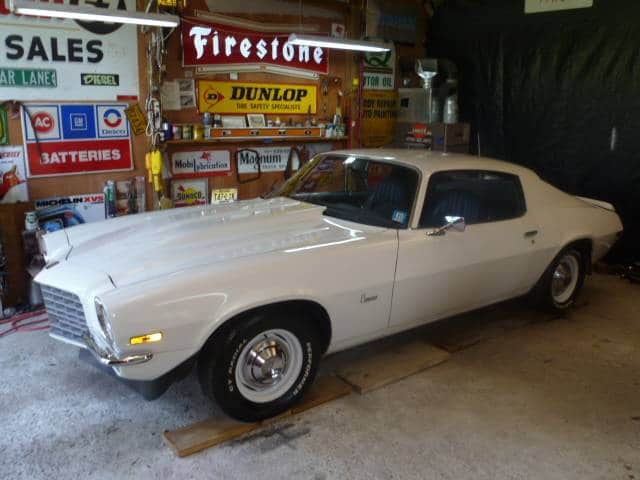 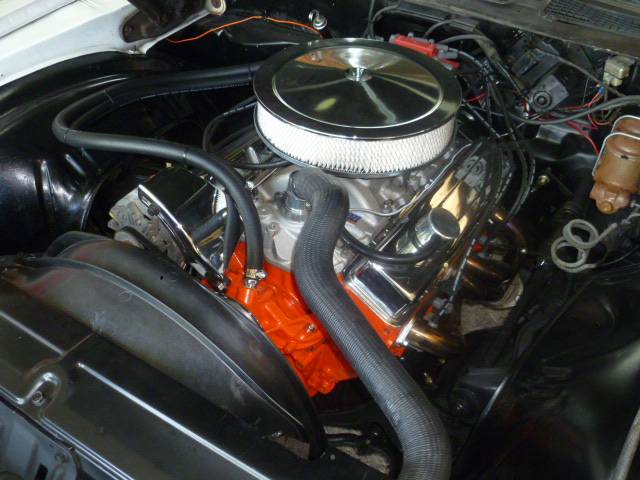 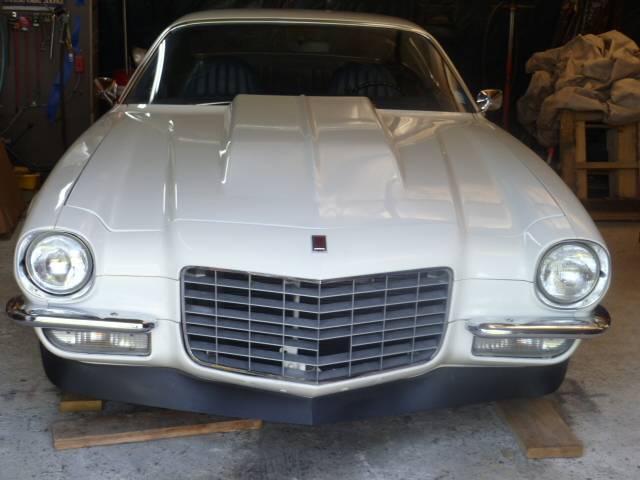 February 15, 2021 Update – while this “Classifind” expired recently, given the seller’s past history we suspect may not actually be sold yet.  For now, we’re labeling this ride “Sold?” However, we will keep an eye out for updated listings. In the interim, please reach out either by email or call Rudy directly if you’d like to be informed when we come across something similar.

January 31, 2021 Update – If you’ve been a long time reader of Guys With Rides, you’ll likely remember this one family-owned, 41K original mile, 1972 Chevrolet Camaro we’ve been following since September 2019.  The debate remains on whether the current owner ruined this survivor when they swapped out the original inline-six for a small block V8.  Two years and four months later, the seller is now looking for any takers willing to pay $19,900.

October 16th Update – With the latest Craigslist ad now expired, we’re just not sure whether this Camaro indeed sold or we will see another attempt by the seller in the future.  We will update this post if we learn more but until then we’re assuming this Camaro sold.

September 8th Update – Getting ready for our latest Malaise Monday feature, we discovered the private seller of this ruined (in our humble opinion) low-mileage, one-family-owned Camaro lowered their asking price to $22,895.

August 24th, 2020 Update – long-time GwR readers may recall this 1972 Chevrolet Camaro listed recently on Craigslist in Boonton, New Jersey was our 18th “NEW!” (short for “No Effin Way!”) recipient when the private asked $23,500 for what was an original, inline-six powered, column-shifted, base-trim Camaro back in early September of 2019.  Shortly after featuring the car, we assumed it had been sold when the seller deleted their post.  Unfortunately, they had a different plan.  Since that time, rather than keep the 41K mile, one-family-owned Camaro original, the latest caretaker added a 350 cubic inch small block V8 and a TurboHydramatic 400 transmission. Ugh.  As far as we’re concerned, just what the world does not need:  yet another early vintage second-gen Camaro modified from original. We will give a bit of credit to the seller for one thing: despite making the powertrain upgrades, they continue to ask the same $23,500 as they did last fall.

So, how do you feel about what the seller did to this Camaro?  Comment below and let us know!

Here’s the original post and corresponding pictures from September 2019:

We were very excited when we first saw this white over blue vinyl 1972 Chevrolet Camaro on Craigslist in Boonton, New Jersey as the cowl induction hood, poverty hub caps, and rear spoiler had us thinking this was a low-mileage sleeper with a big V8 lurking under the hood.  Alas, it turned out to be a base Camaro Sport Coupe with the standard straight six connected to a column-shifted Turbo-Hydramatic transmission and no floor console. 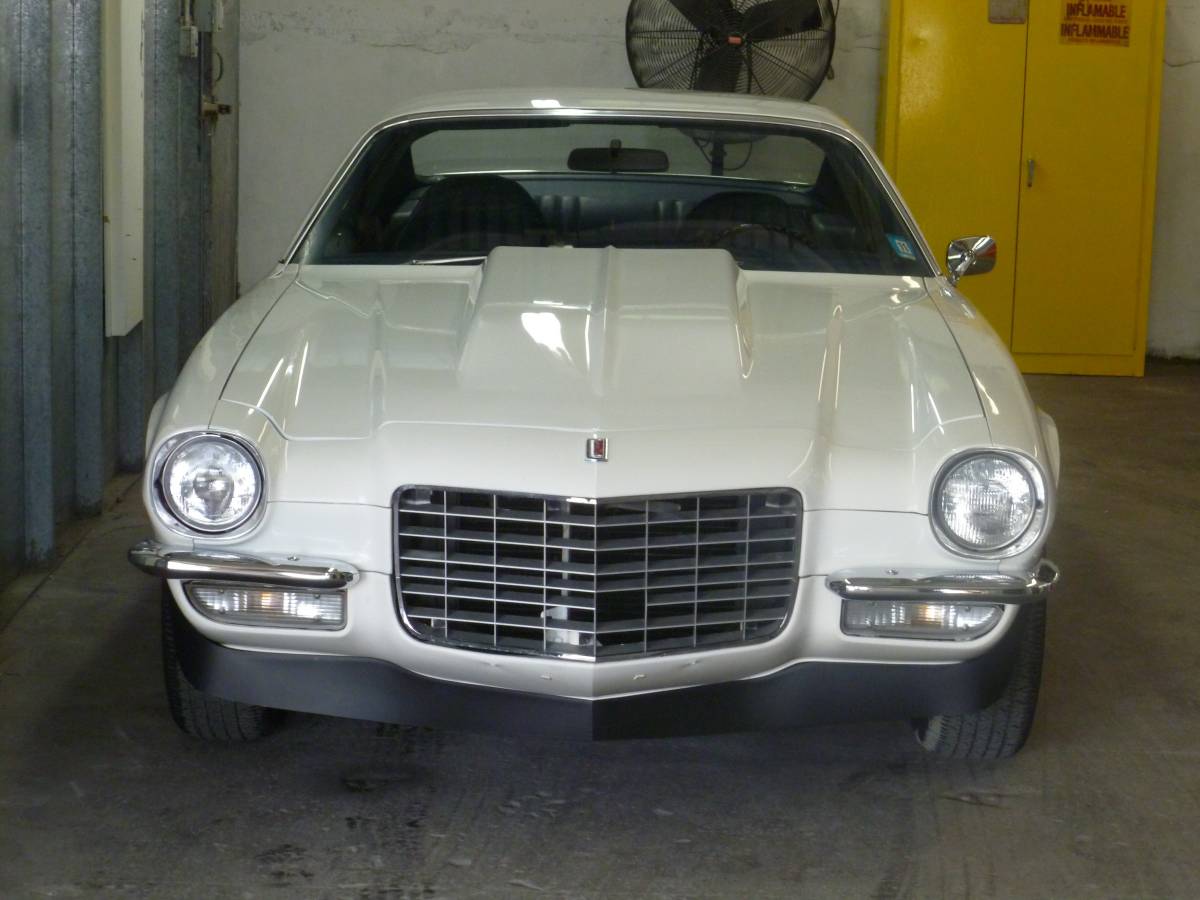 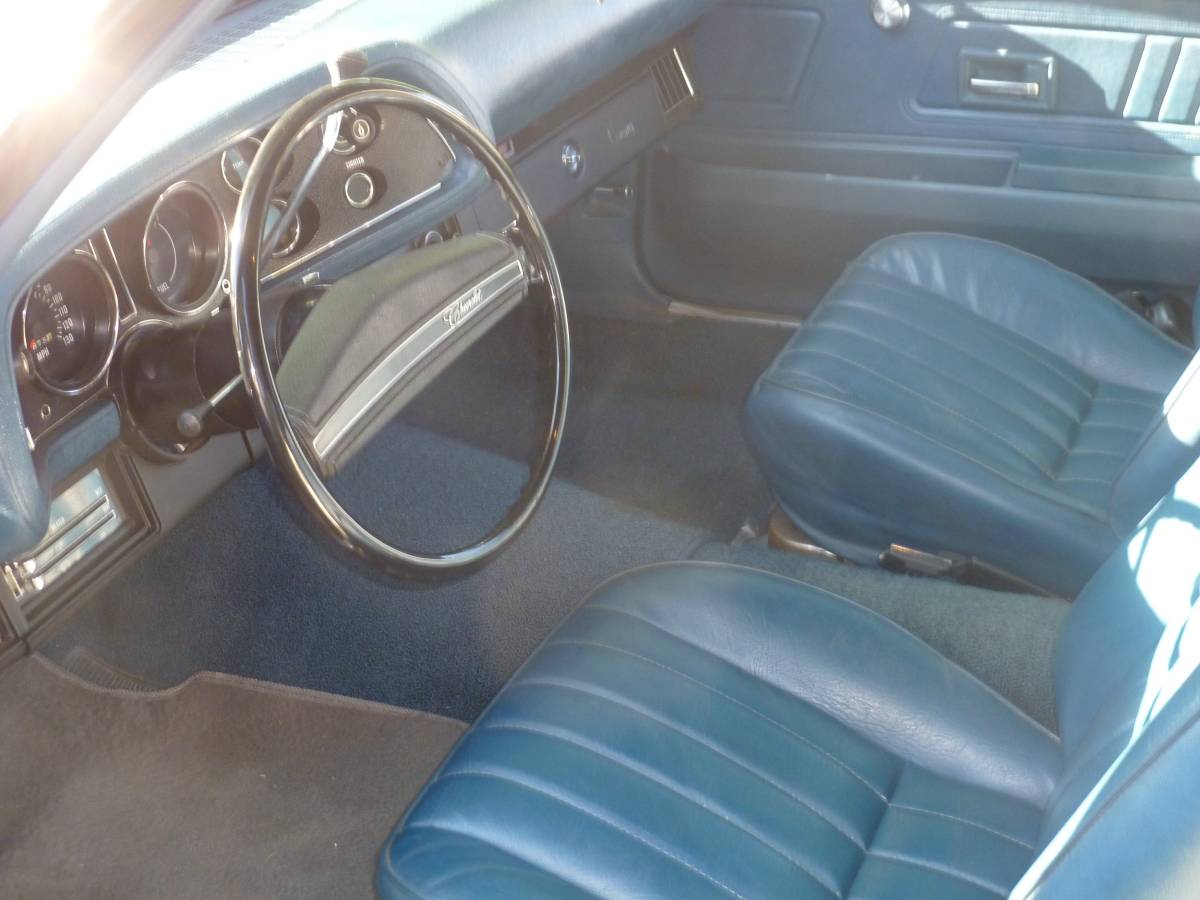 The caretaker of this 40K mile, one-family-owned example they claim has never been driven in the rain is currently asking $23,500.  Unfortunately, based on the Hagerty Insurance Online Valuation Tool for this Camaro, the owner has his car optimistically priced $800 above the #1 “Concours” level of $22,700 and that’s not factoring in a -30% deduction for it being a six-cylinder example.  With prices on these early second-generation Camaros holding rock steady over the past three years, the best we believe the private seller can hope for is $16,000.  With a $7,500 difference between what the market will bear and what the seller wants, he earns our latest “NEW!” Award (short for “No Effin Way!”).  Please comment below on whether you agree or disagree with our assessment. 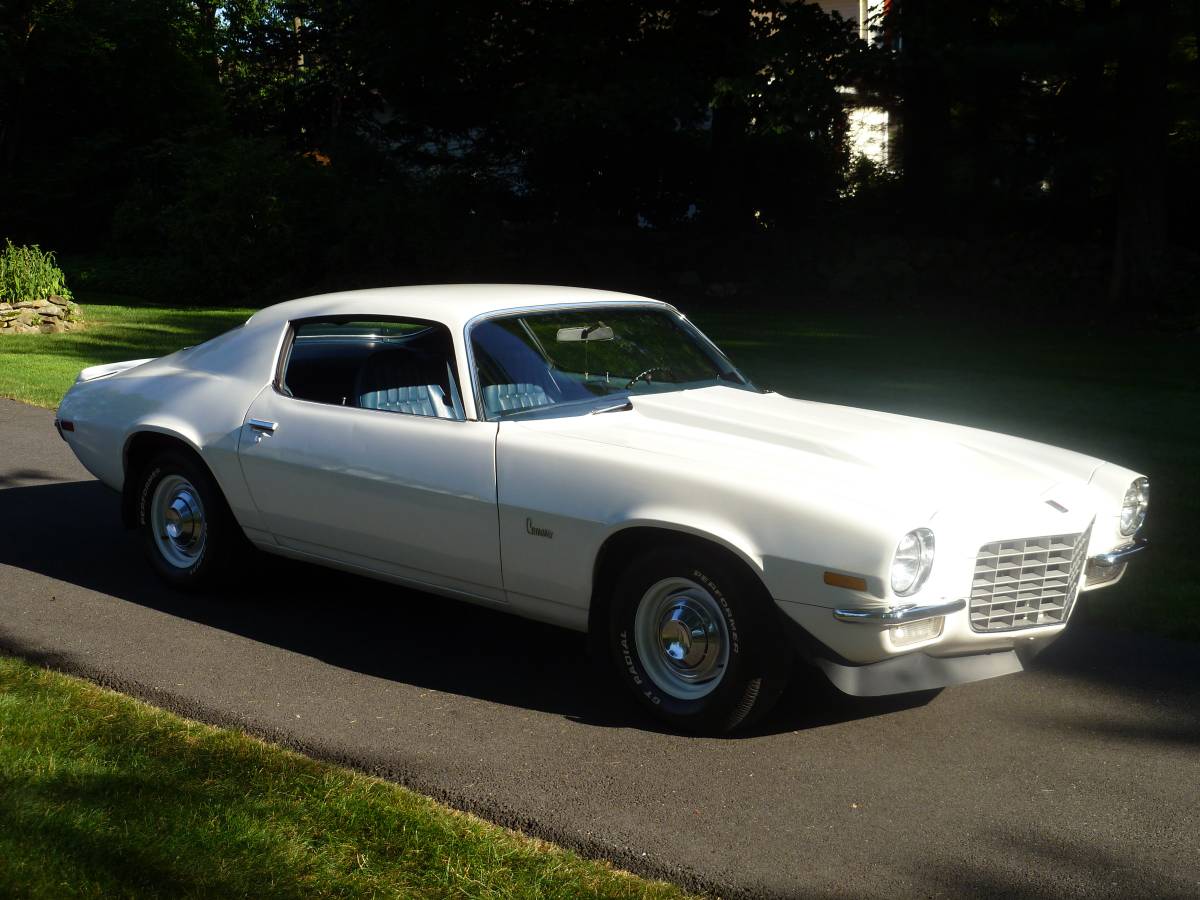 A beautiful example of a base Camaro, this car features a new gas tank, fresh tires, and a recent tune-up.   The one thing perplexing us on this car is the cowl induction hood, rear spoiler, and front air dam.  Were these factory options on even base cars in 1972 or were these added on at some point?  If you know the answer, please comment below!

If you can get the seller to be more realistic on price, you’ll have a great example of what an unmodified base Camaro looked like in 1972 without any options.  Good luck with the purchase!