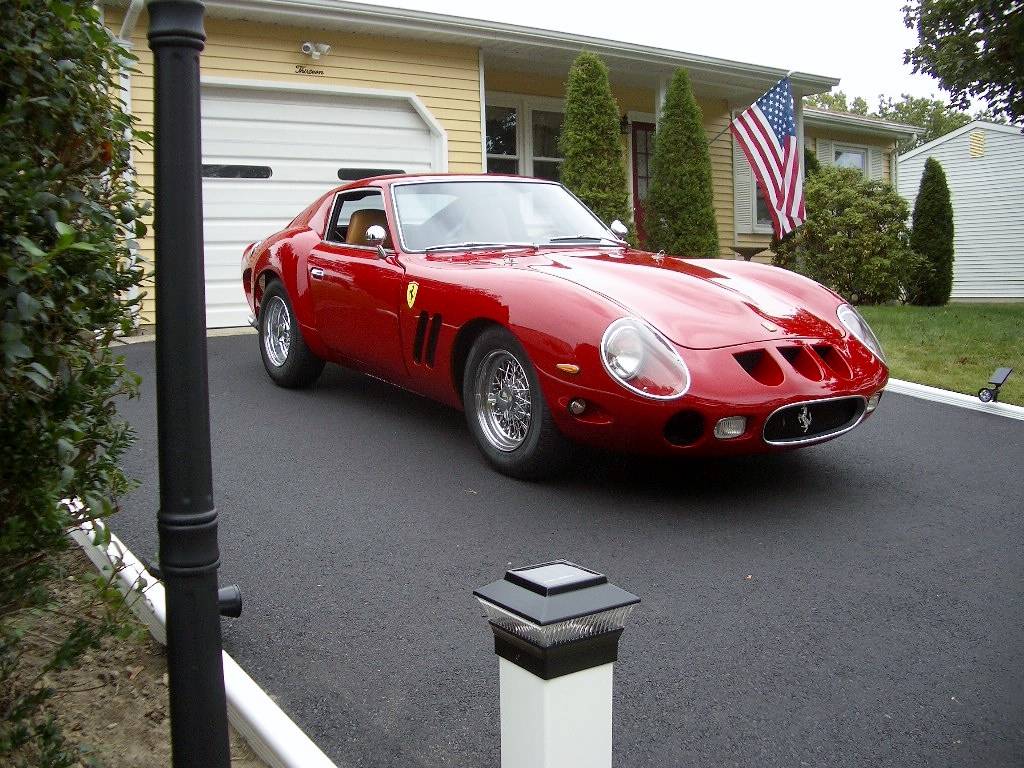 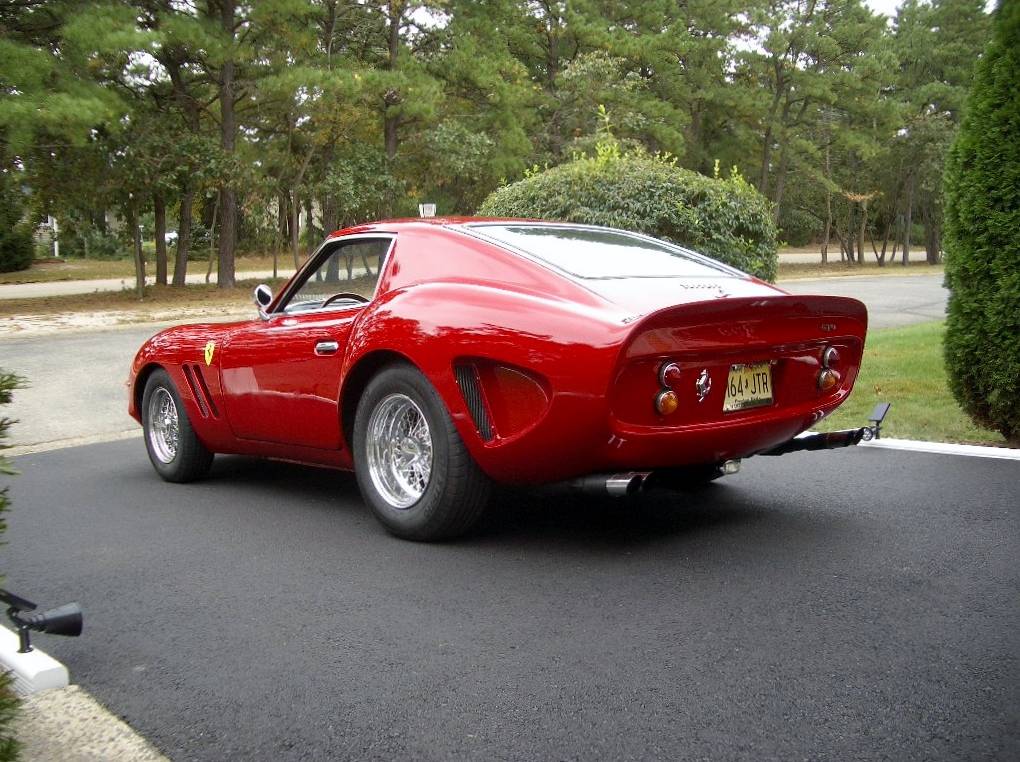 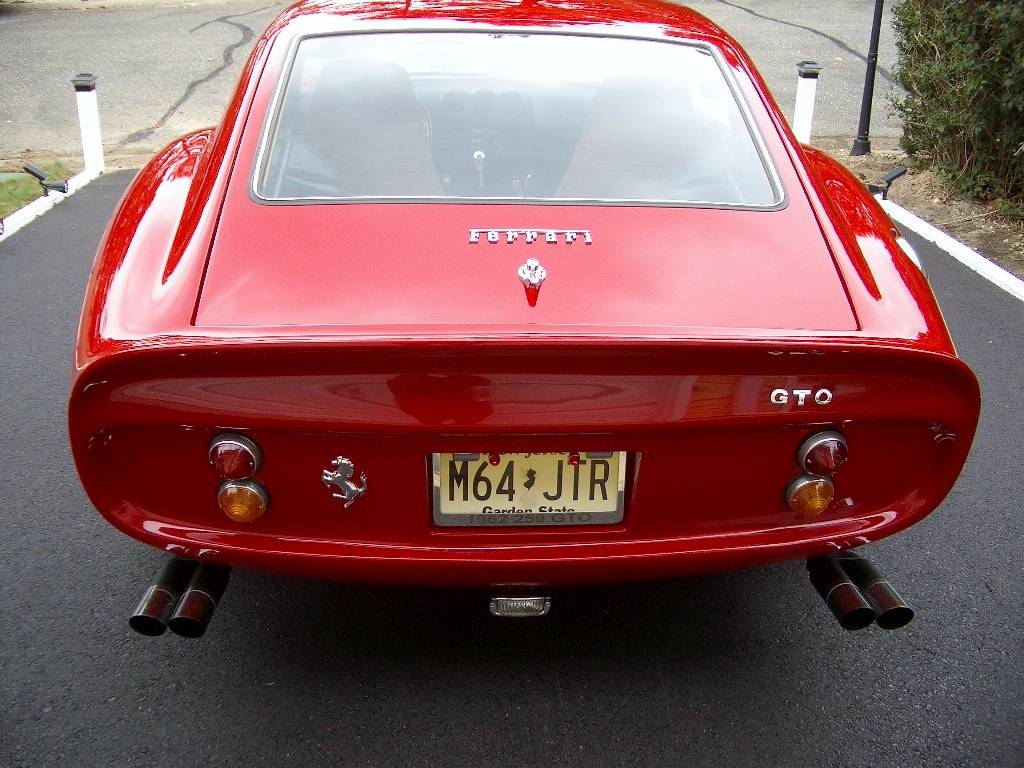 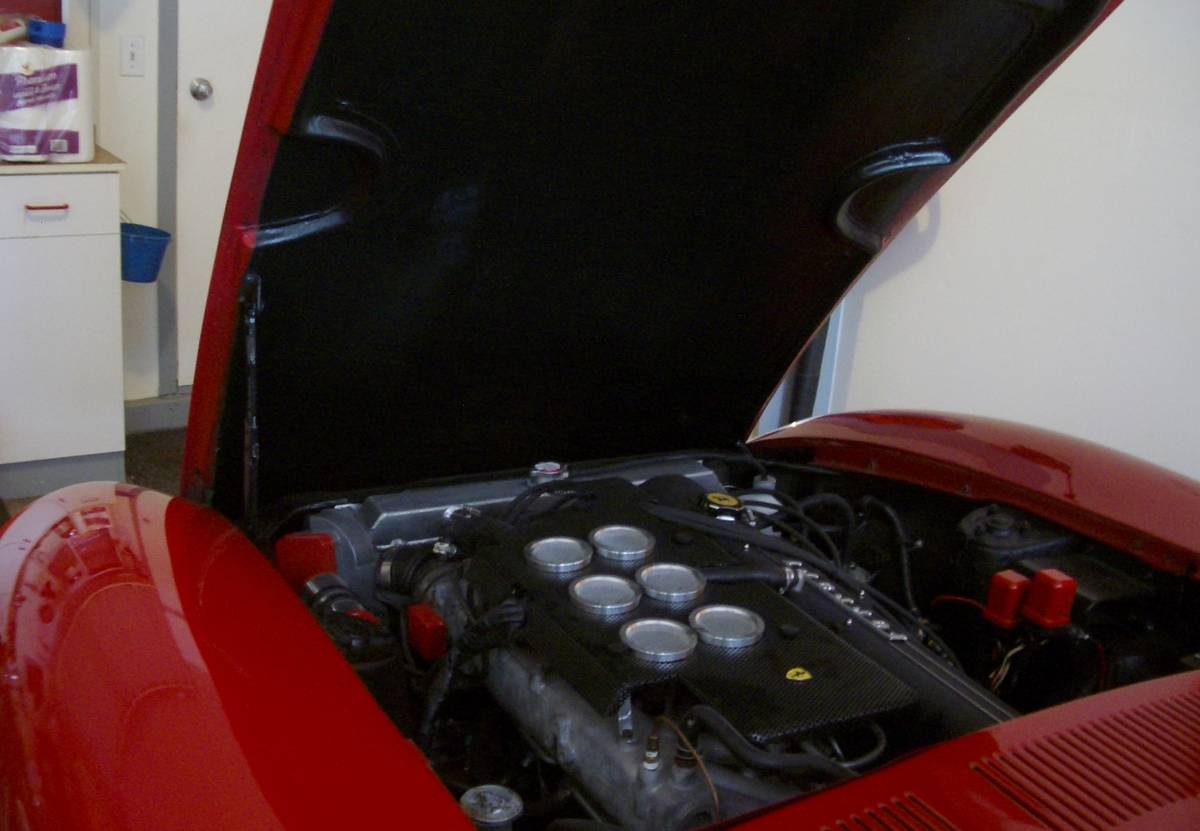 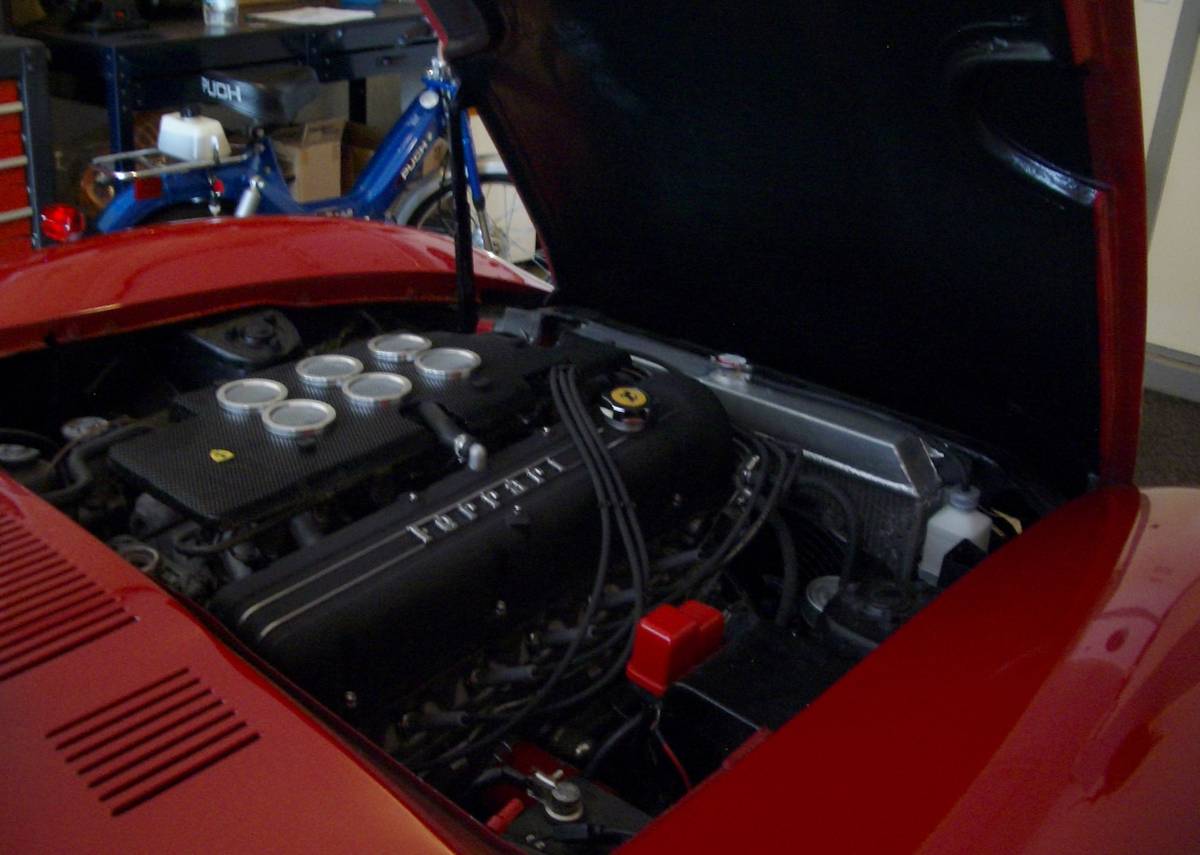 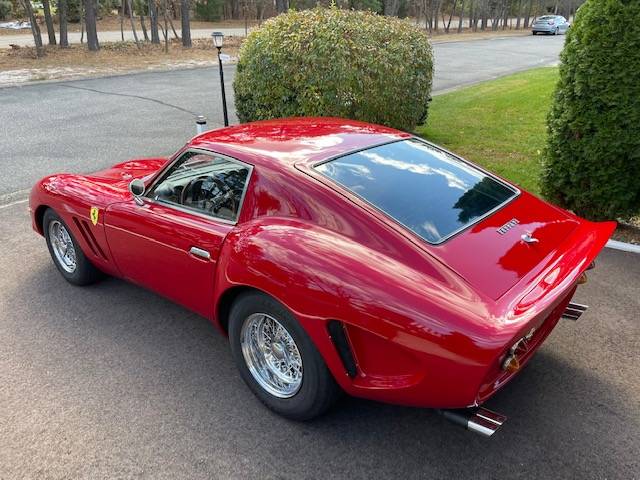 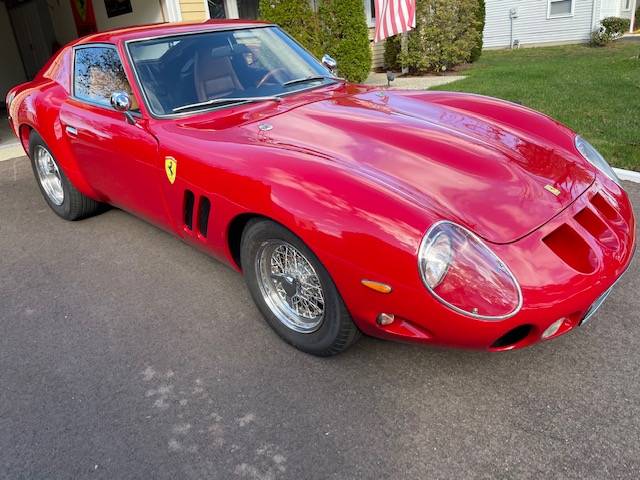 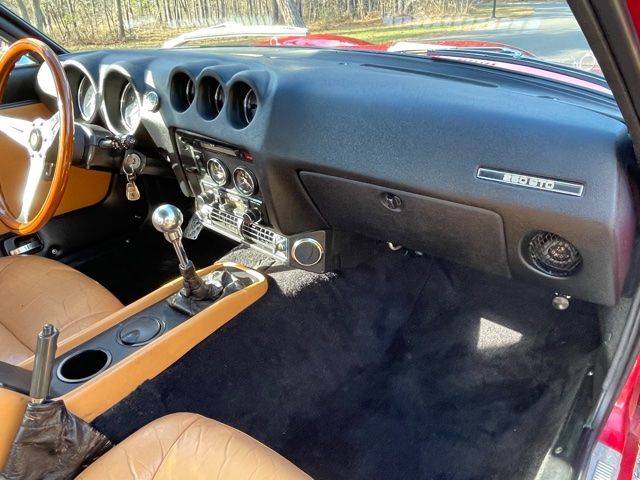 February 11, 2021 Update – we confirmed the seller of this “Classifind” deleted their listing, so we’re now able to call this one “SOLD!” While this one got away, please reach out either by email or call Rudy directly if you’d like to be informed when we come across something similar.

You’re probably asking yourself, “Self, why is GuysWithRides.com featuring a 1962 Ferrari 250 GTO kit car on Malaise Monday?” The reason is simple: supporting the beautiful body and providing the power is reported to be a rust-free 1976 Datsun 280Z.  Kit cars, as they were originally called, became very popular during the RAD Era (1980-2000) as enthusiasts longed for beautiful designs of the past.  While Shelby Cobra and Porsche 356 tribute cars led the industry, clever entrepreneurs realized the proportions of the Malaise Era (1972-1984) Datsun Z cars were about the same as several of Ferrari’s unobtainable front-engined V12 masterpieces.

To their credit, Ferrari is very protective of its intellectual property and the company famously fights even the smallest of infringements. It should be no surprise then to learn Ferrari fought and won the claim no one could build tribute cars of their classics to this level of detail. Thankfully, the courts handed down that decision after this example (one of only 39) originally listed in January 2021 on Craigslist in Island Heights, New Jersey (Down the shore) had been built.  Originally completed in 1991, the current caretaker reports having invested $15K recently to sort this example. Their asking price is $47,500. To put that asking in perspective, the Hagerty Insurance Online Valuation Tool confirms the current values of the original Ferrari V12 powered classic ranges between $53 and $70 million dollars. So, it’s safe to say this inline-six-powered tribute provides the look of the V12-powered original for pennies on the dollar.

“Ultra rare, 1962 Ferrari 250 GTO Tribute.
The original ” Holy Grail ” of collectable Ferrari cars. Only 39 were built as race cars from 1962-1964 and won many races. They are considered to be works of art as ruled by the courts in Italy and may not be replicated. Today these originals fetch a $50 million dollar + price tag.
This car is one of very few that were produced in the ’80’s-90’s. This is not a kit car, but was a company built completed vehicle referred to as a ” turn key “. The best part is that it is a totally rust free 1976 Datsun 280Z (a fabulous sports car in it’s own right) which basically was rebodied into this rare Italian masterpiece. The few companies that built them were sued by Ferrari which ended the short production run.
Mechanically, the car is all Datsun 280 Z. This 250 GTO is an awesome show car and driver that is safe, reliable and driven regularly, no trailer queen here. I have spent over $15K not including the original purchase price during my ownership of three years and probably hundreds of hours bringing her back to what you see here. I bought the car from the original owner who purchased the car new in Texas back in ’91. There are no issues to be concerned about. She drives wonderful with shifting, braking, handling that you will certainly enjoy. Power is supplied by the indestructible Datsun 2.8 Liter Fuel Injected six which has plenty of torque and accelerates well.
Car comes with a ton of receipts for parts and repairs. All manuals and keys. The car must be seen in person to appreciate the full value and detail of this rare machine.

Phone calls only will be accepted, I do not text and emails will be disregarded. Also, I do not need help selling.“

Show or go: what would you do with this Ferrari 250 clone?  Comment below and let us know!