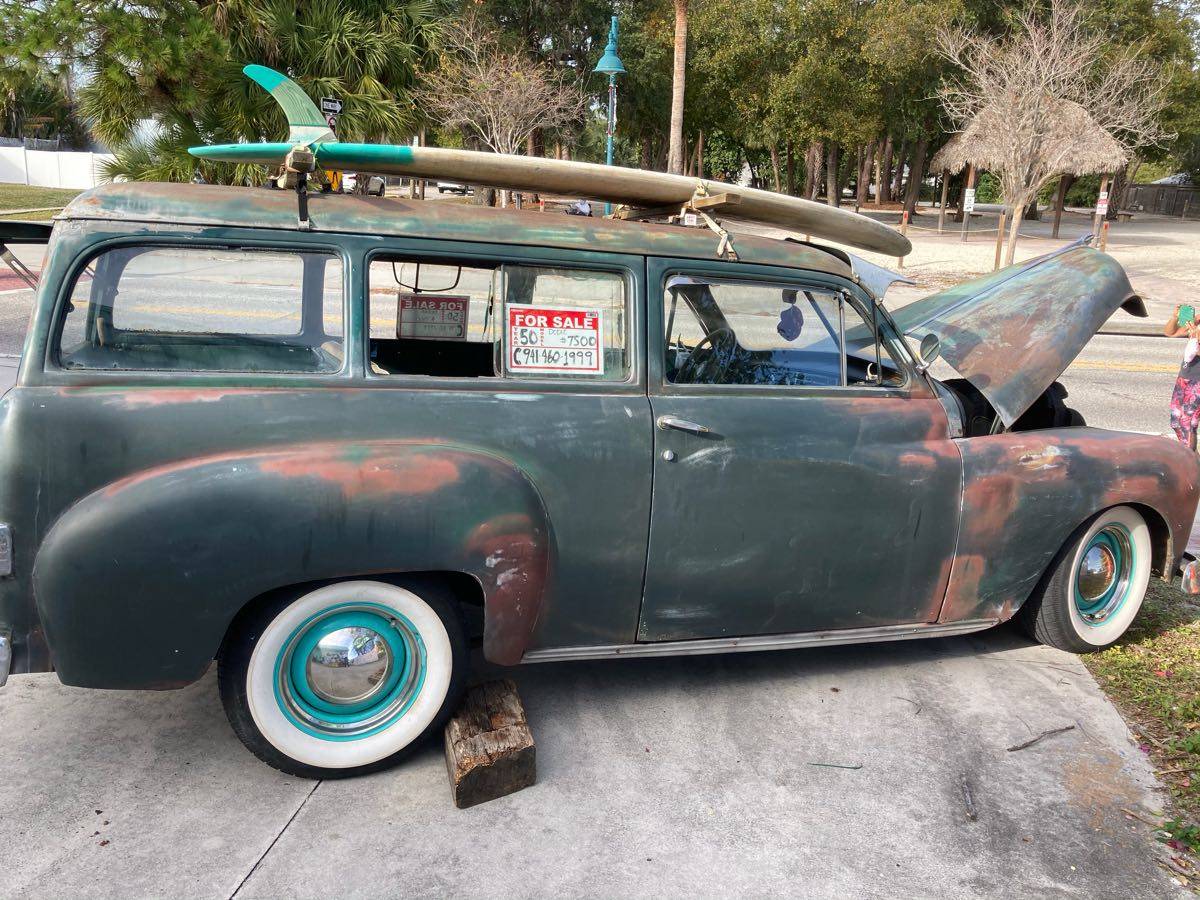 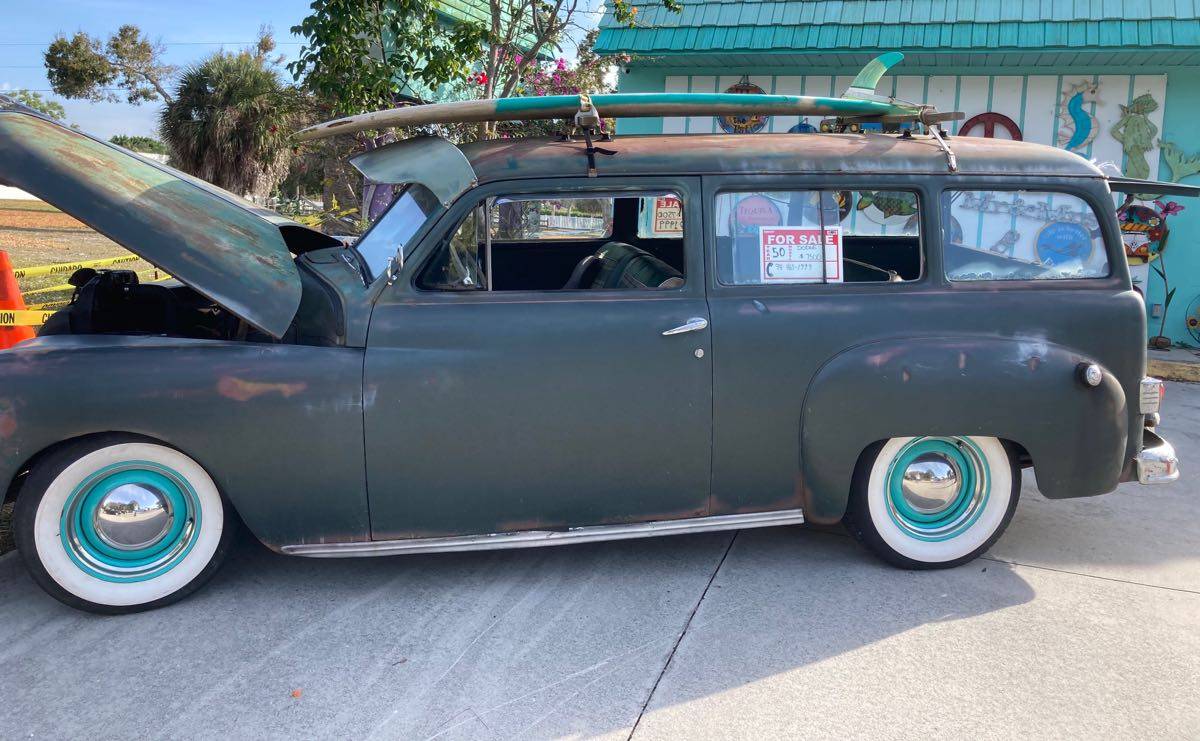 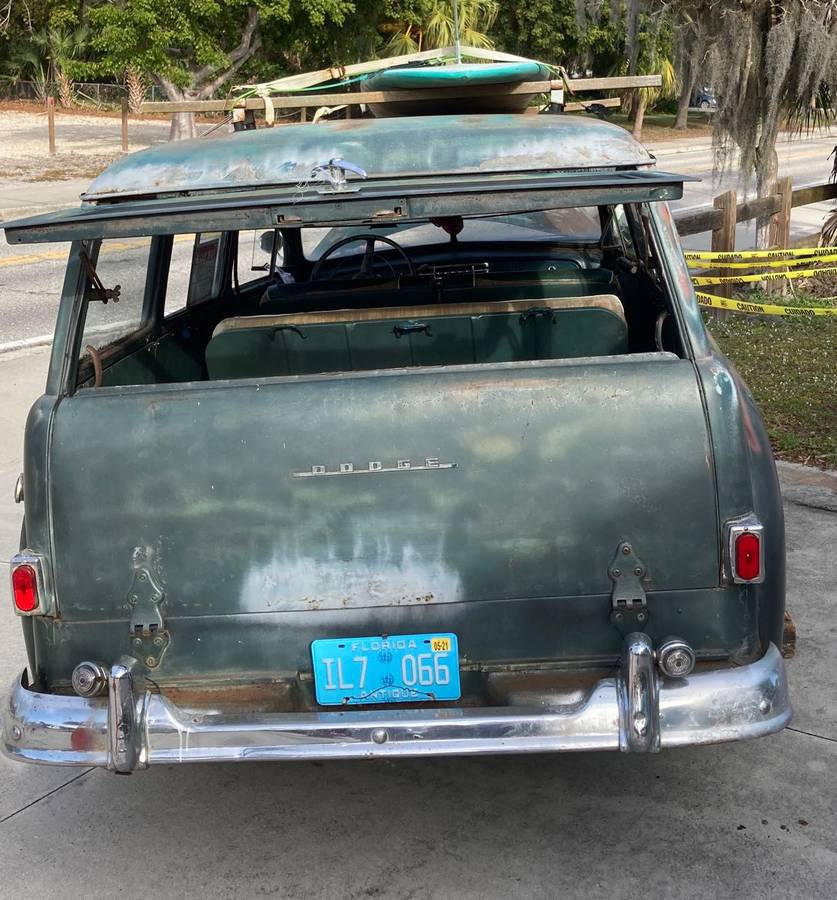 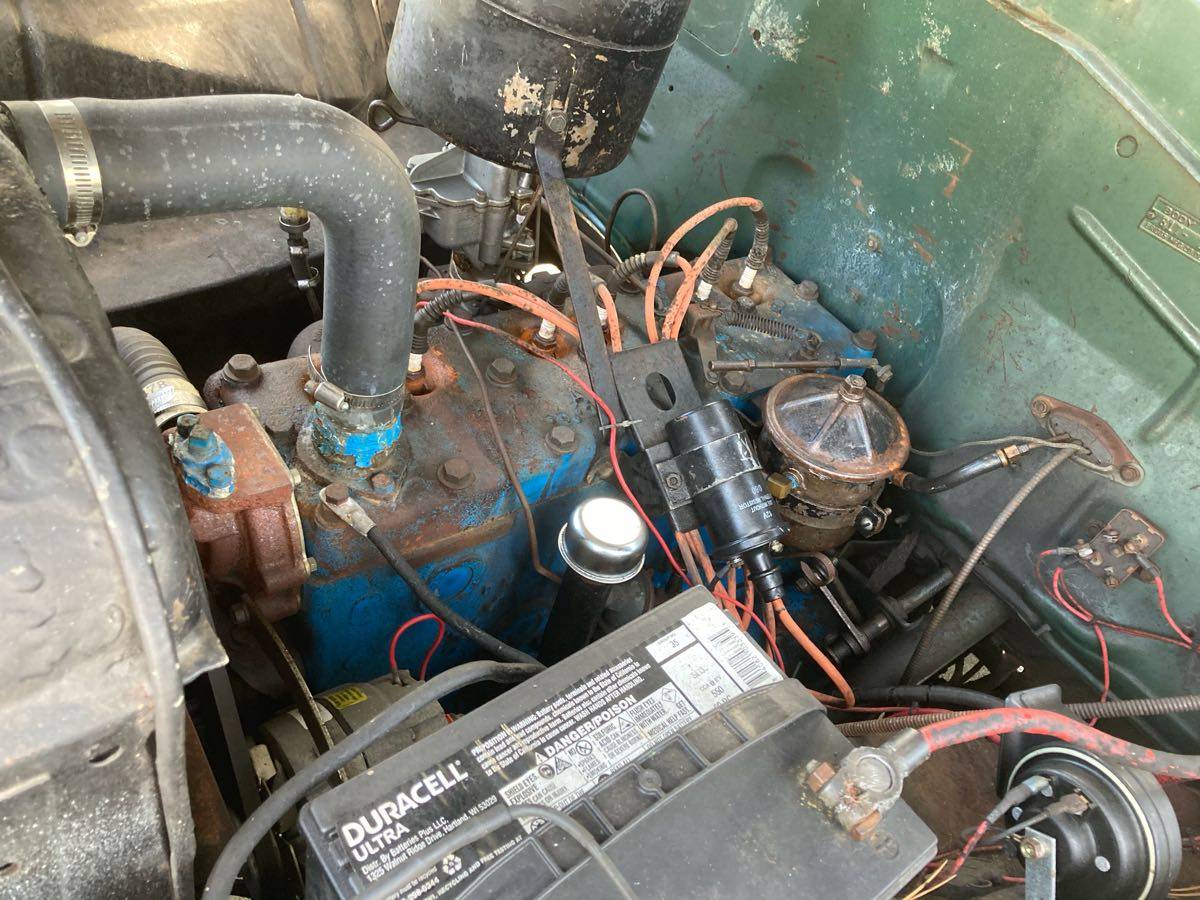 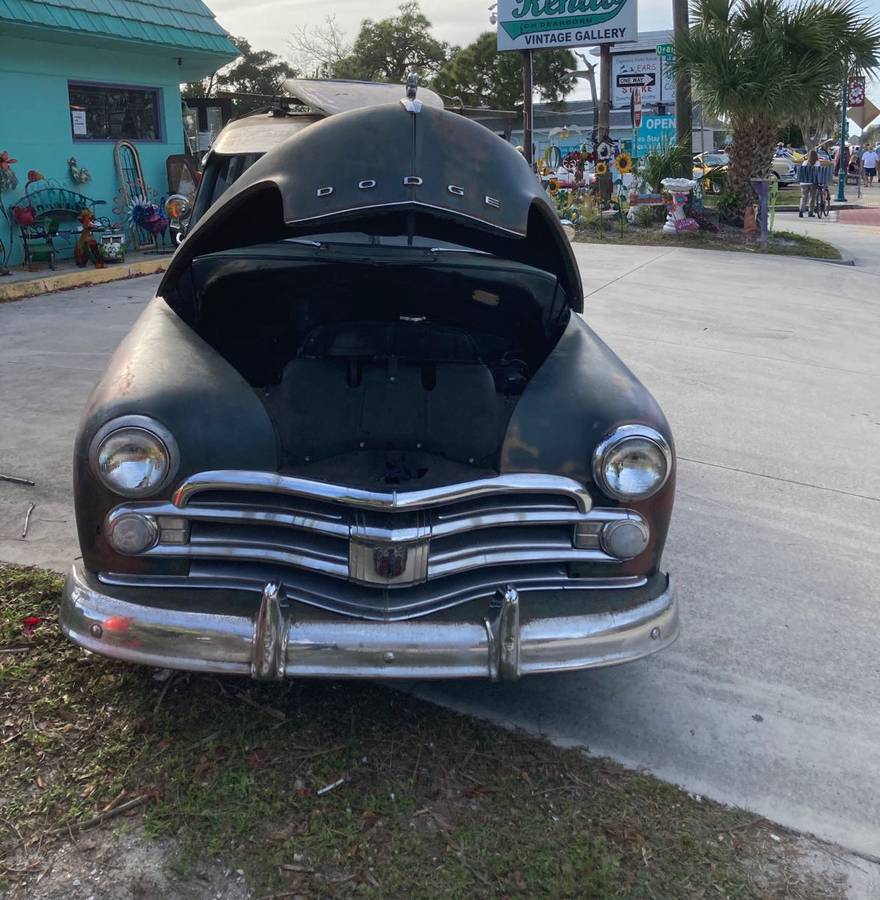 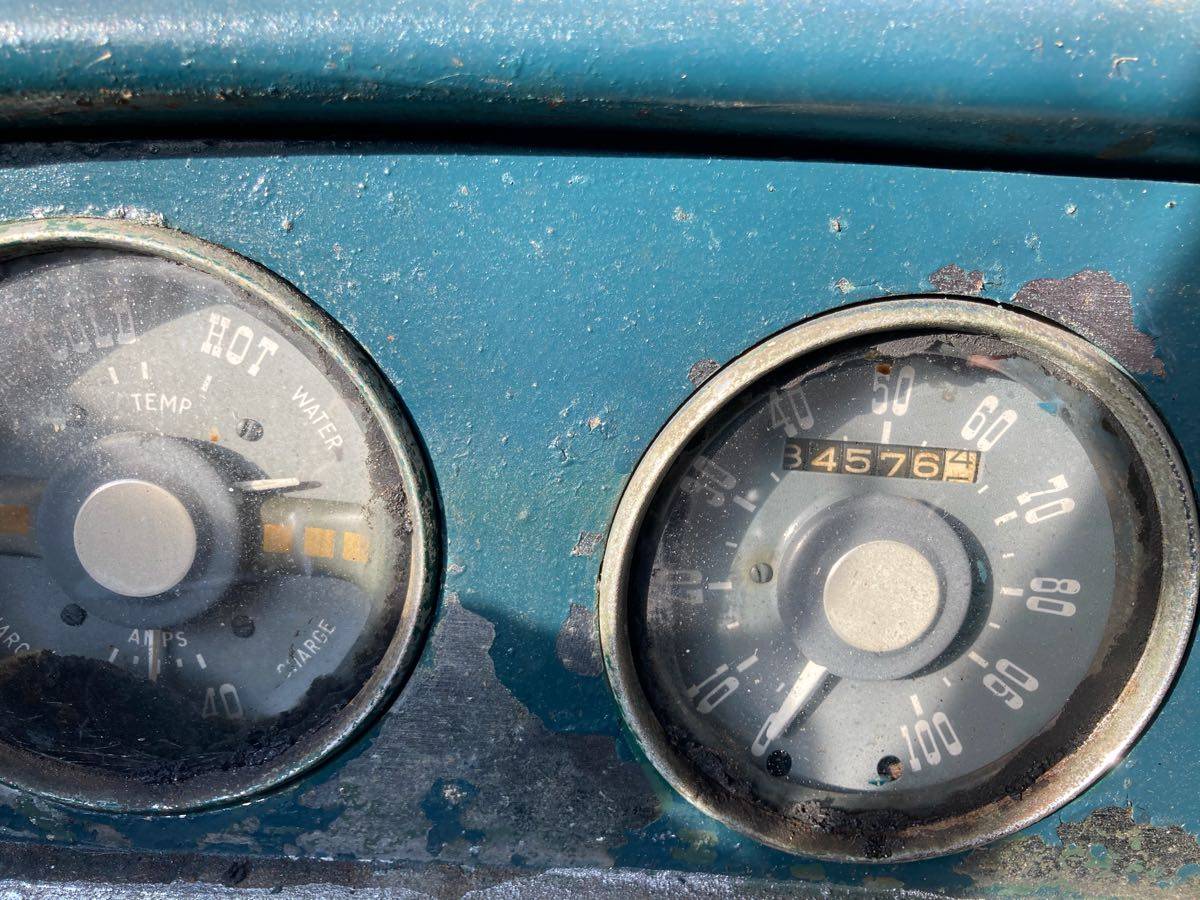 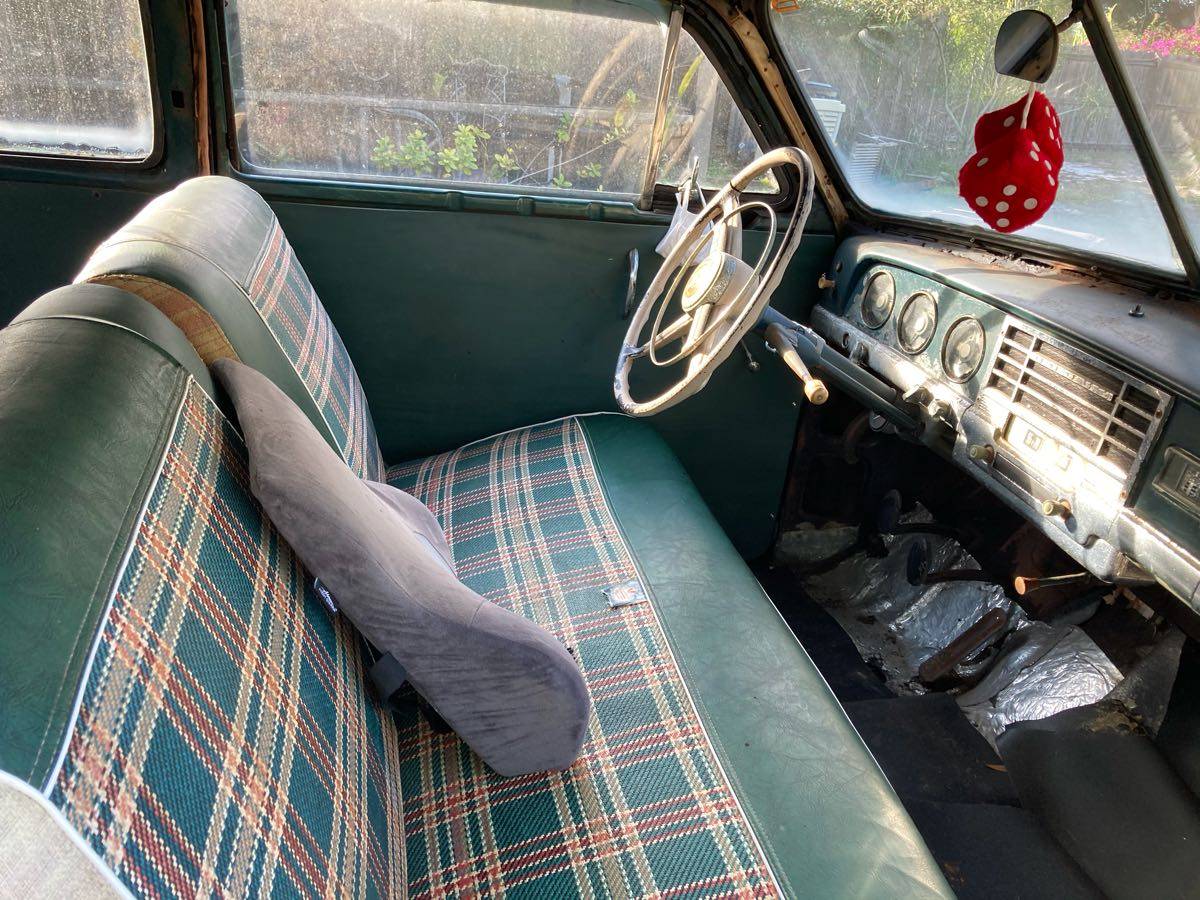 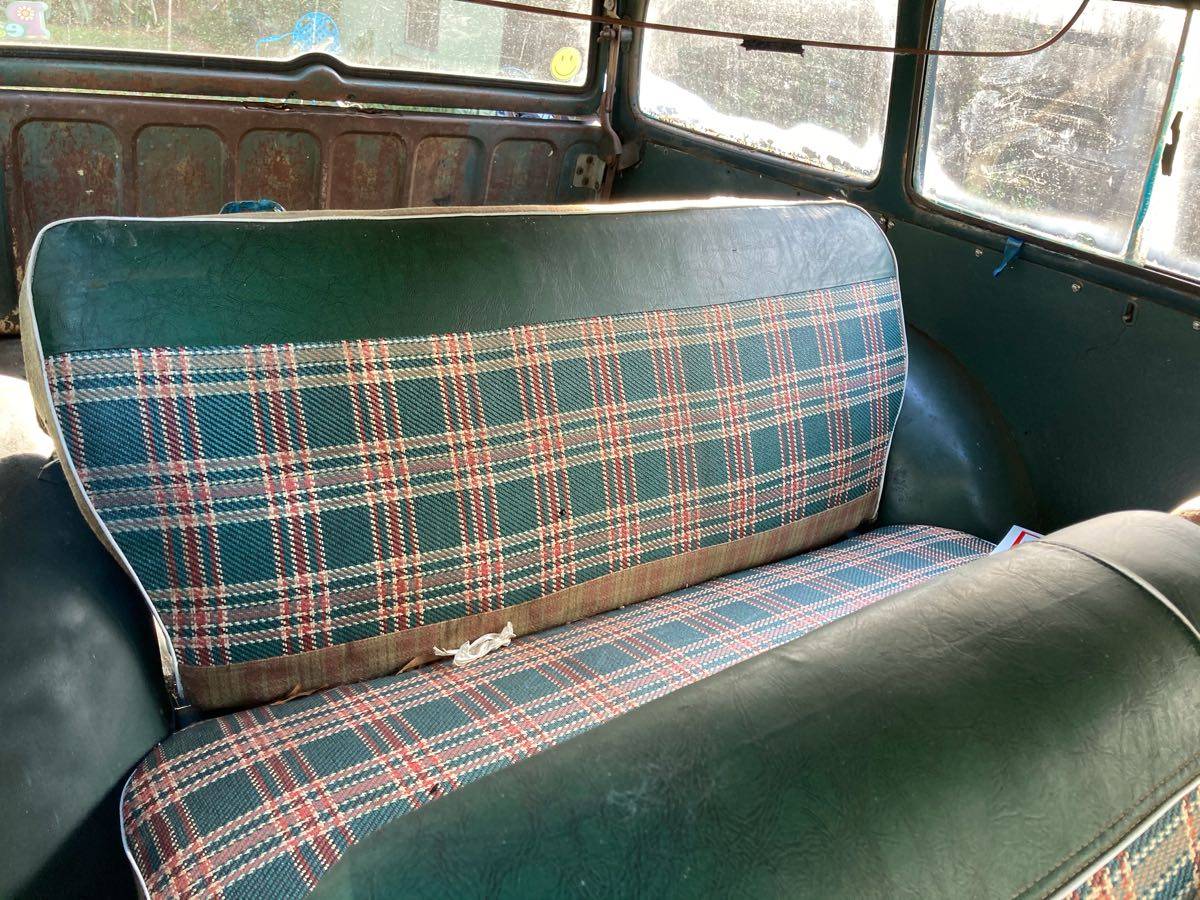 February 10, 2021 Update – We just confirmed the listing for this “Classifind” expired, so with no replacement found we’re assuming this ride “Sold?” While this one got away, please reach out either by email or call Rudy directly if you’d like to be informed when we come across something similar.

Dodge followed suit with other domestic manufacturers following the end of World War II by converting their redesigned station wagons to full steel bodies.  Dodge’s offering, launched in 1949, was part of the Division’s new Coronet line and was marketed as the Sierra.  This 1950 example originally listed in January 2021 on Craigslist in Englewood, California appears to be a driver-quality example with a nice authentic patina that is currently offered for $7,500. Comparing that price against the Hagerty Insurance Online Valuation Tool confirms the private seller has their Sierra priced between this guide’s #4 “Fair” (Daily Driver) estimate of $5,000 and its #3 “Good” appraisal of $9,200.  Similarly, the  Collector Car Market Review Online Tool confirms the asking price is less than this guide’s #4 “Fair” appraisal of $8,700.

The Hagerty Insurance Valuation Guide Provides a Nice summary of this vintage of Dodge Coronet:

“Dodge’s late introduction for 1949 had been eagerly anticipated by potential buyers since the 1949 Ford, Mercury, Chevrolet, and Pontiac competitors were all-new as well. The model name – Coronet – was new, and the cars were conservatively styled in line with what Chrysler’s chief executive KT Keller thought customers wanted. Dodge sold more cars than in 1948, which was good for 8th place in 1949, and managed to retain 7th place from 1950 through 1952.

The cars were offered only with Dodge’s dependable 230 cid flathead six that developed as much as 103 hp against Pontiac’s 90 hp for their six and 104 hp from their inline eight. Dodge used high-quality components often not found standard on competitors, including aluminum pistons, automatic choke, “floating power” engine mountings, and full-pressure lubrication of the engine and oil filter. Something new for Dodge was key-start.

Dodges also utilized fluid coupling plus clutch standard shift. Because of the fluid coupling, and due to the extremely low first which was for mountain and hill use, most drivers started in second position and shifted into third for higher speeds (requiring the use of the clutch). The car, however, could be stopped without depressing the clutch, but this also means it was capable of ‘creeping’ forward like an automatic transmission car.

Optional and new was the Gyro-Matic two-range (four-speed) semi-automatic transmission with fluid coupling and clutch. With the Gyro-Matic, which cost $95 extra, the clutch was required only to shift between low range, high range and into reverse. The shift lever control on the steering column mimicked “three on the tree” but without “first” gear position.

Dodge station wagons were all-steel but had wood trim at first. Other body styles included club coupe, convertible coupe, two lengths of four-door sedan, and Diplomat hardtop coupe. Prices of the upper-class Dodge Coronet line started at $1,914 for the club coupe, maxing out at $2,865 for the 9-passenger station wagon, of which only 800 were built in 1949.

The 1950 cars were largely carried over with new touches including grille. The wood-grained instrument panel carried on as before with three square dials in front of the driver and an optional clock between the optional radio and glovebox.

Here’s a video we came across on YouTube demonstrating how the driver operates Dodge’s Gyro-Drive transmission:

Restore or Rat Rod: what would you do with this Dodge Cornet Sierra?  Comment below and let us know!