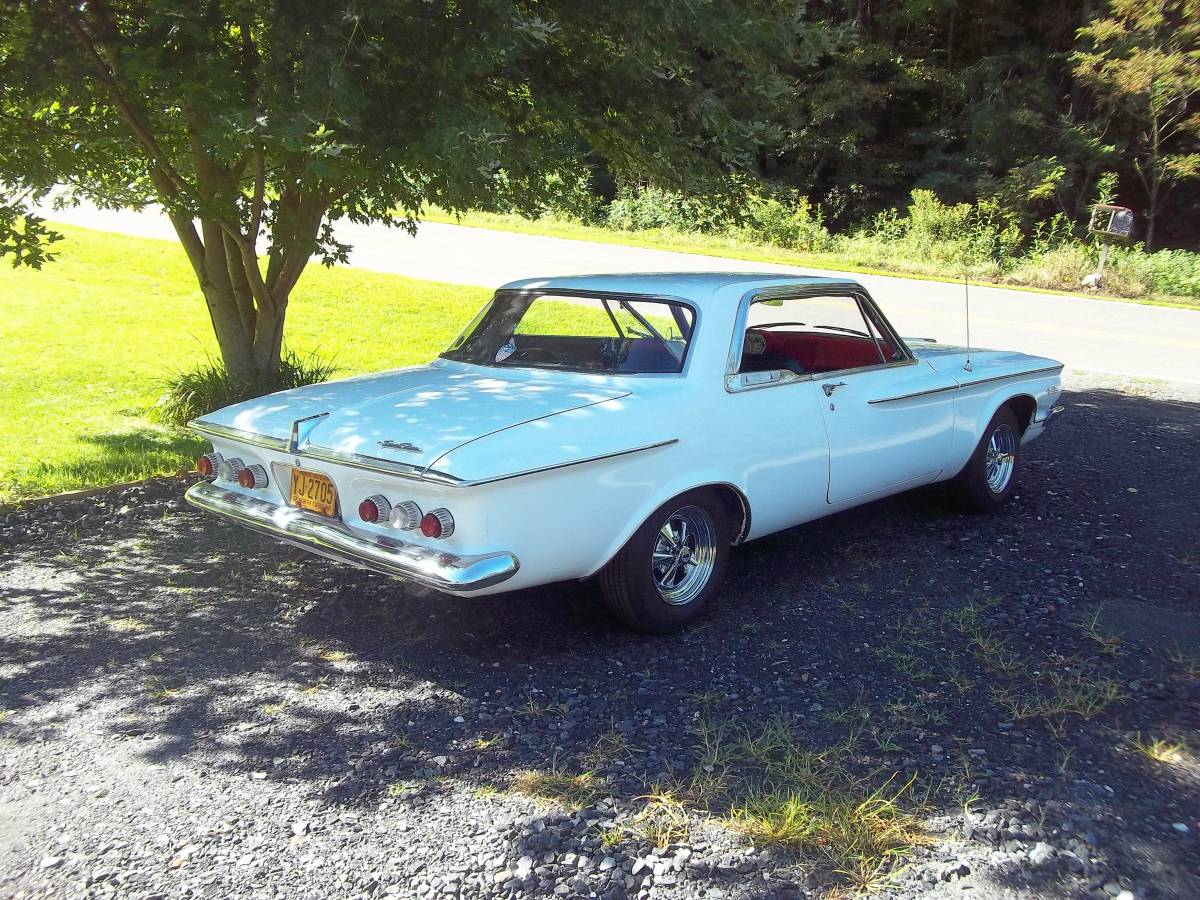 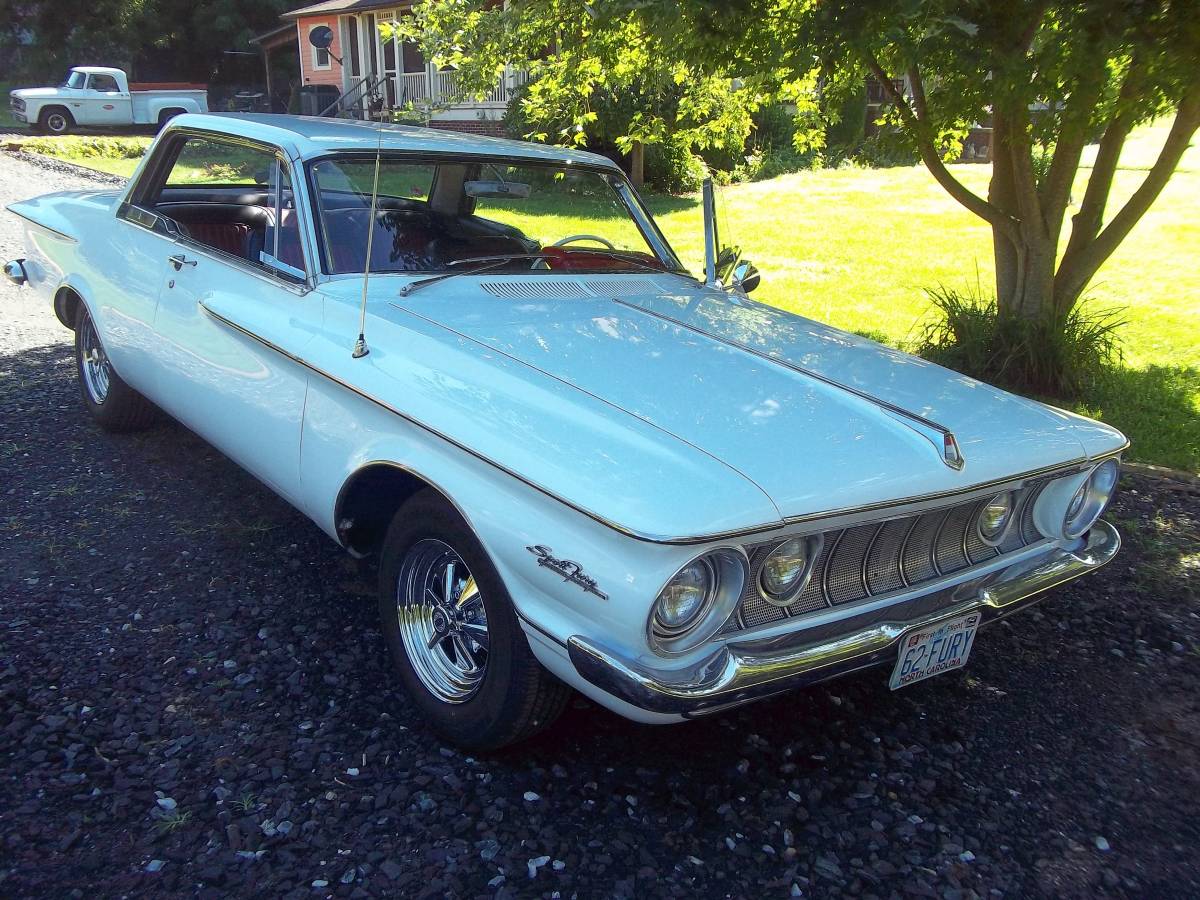 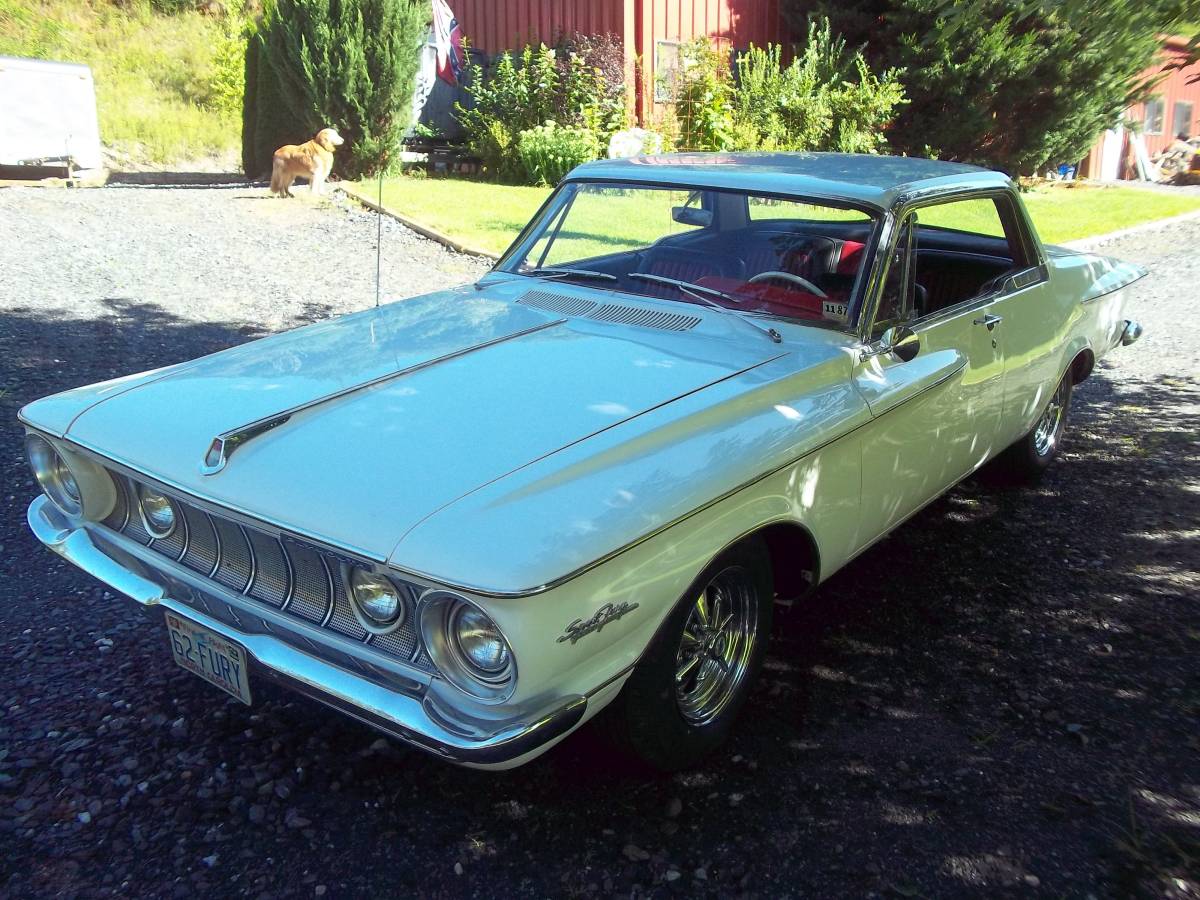 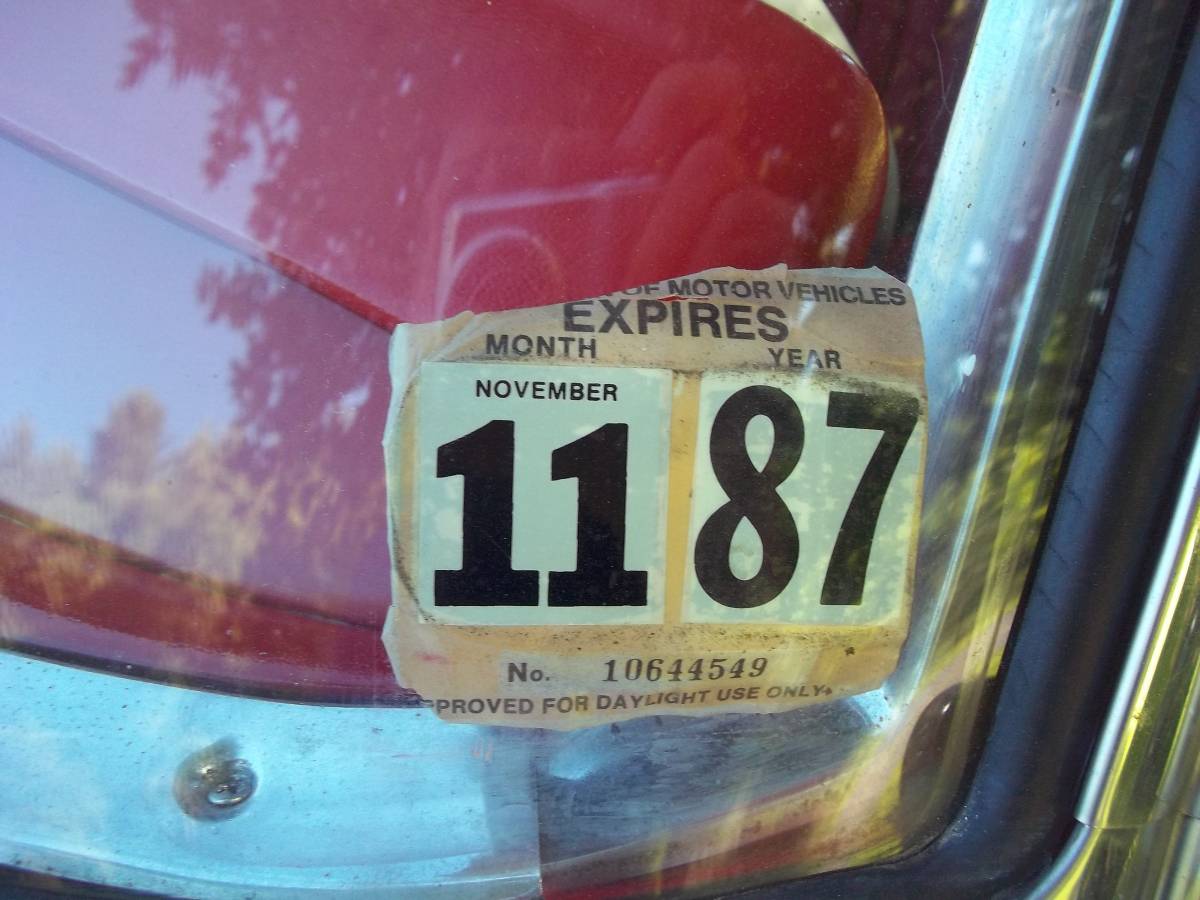 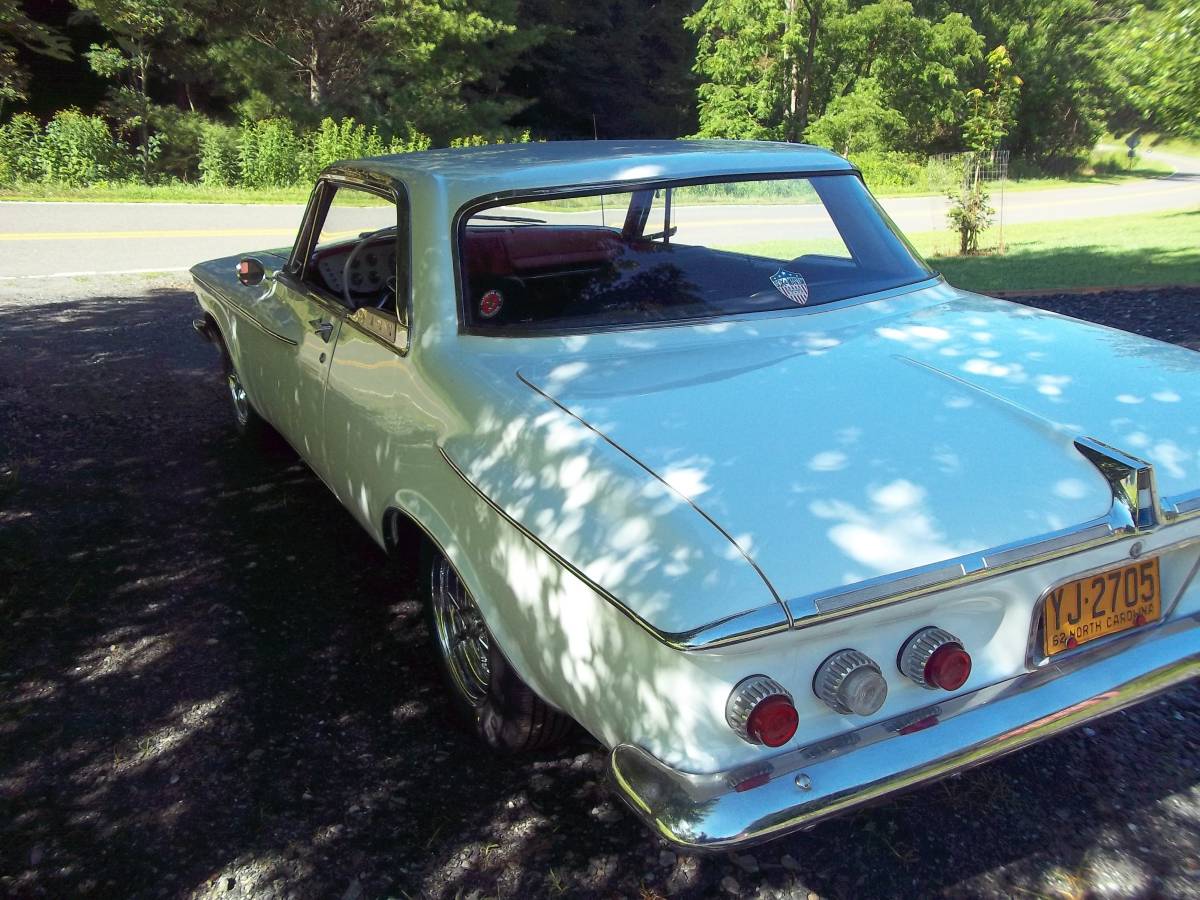 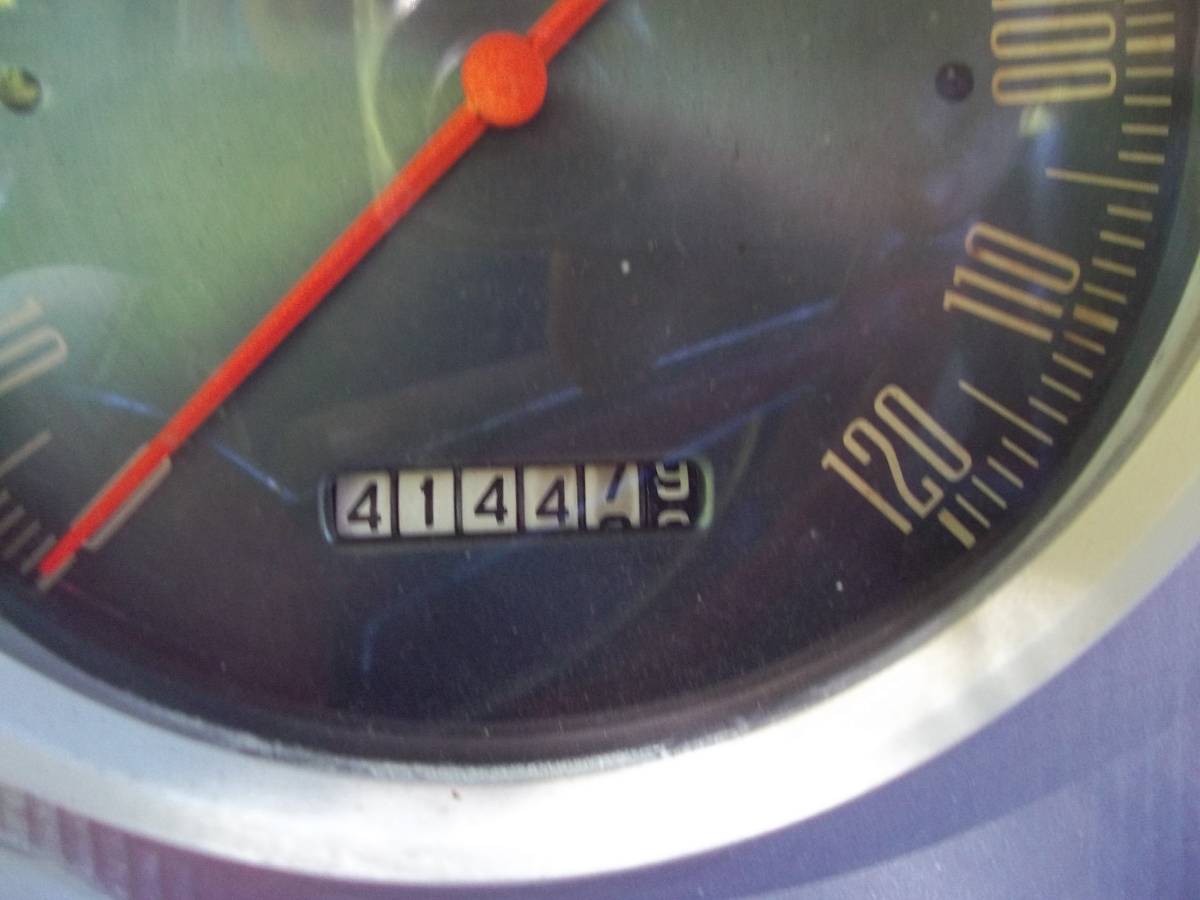 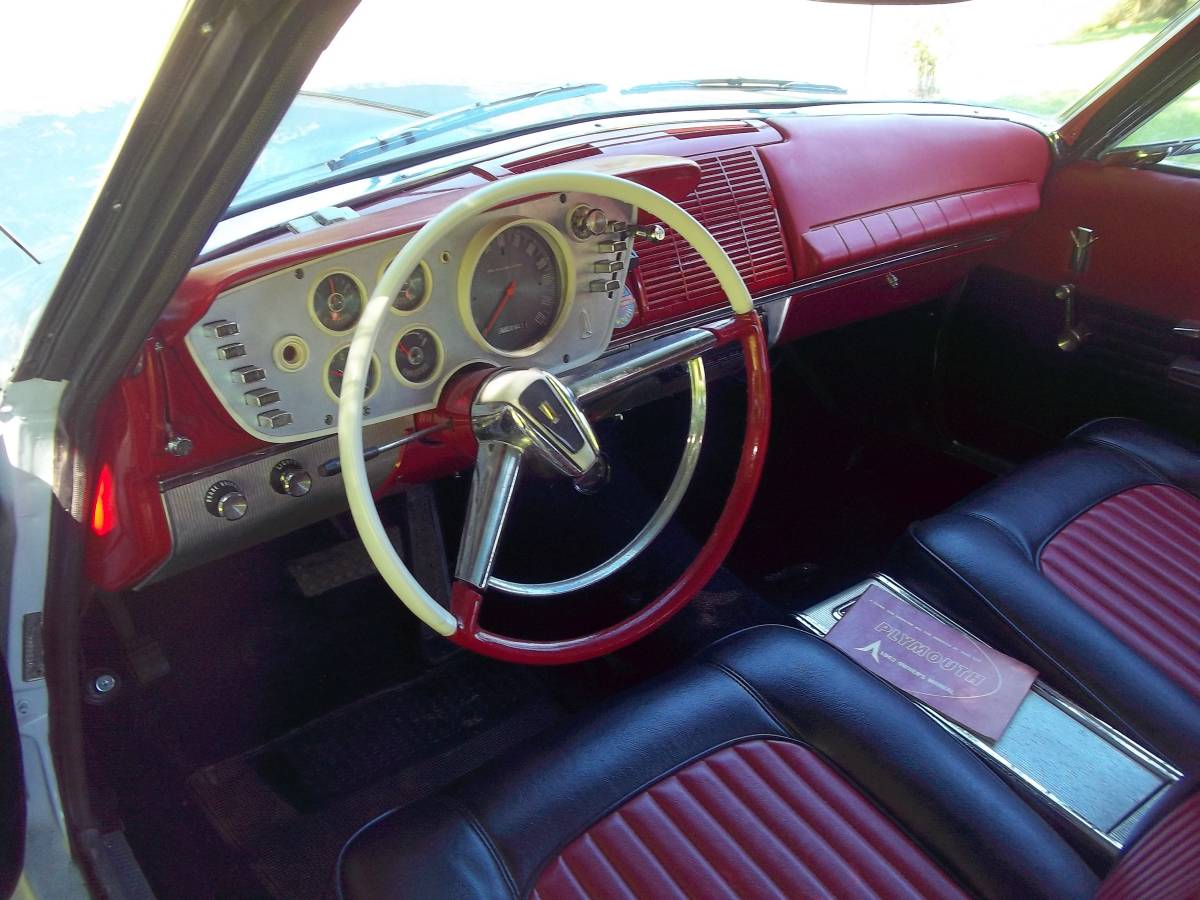 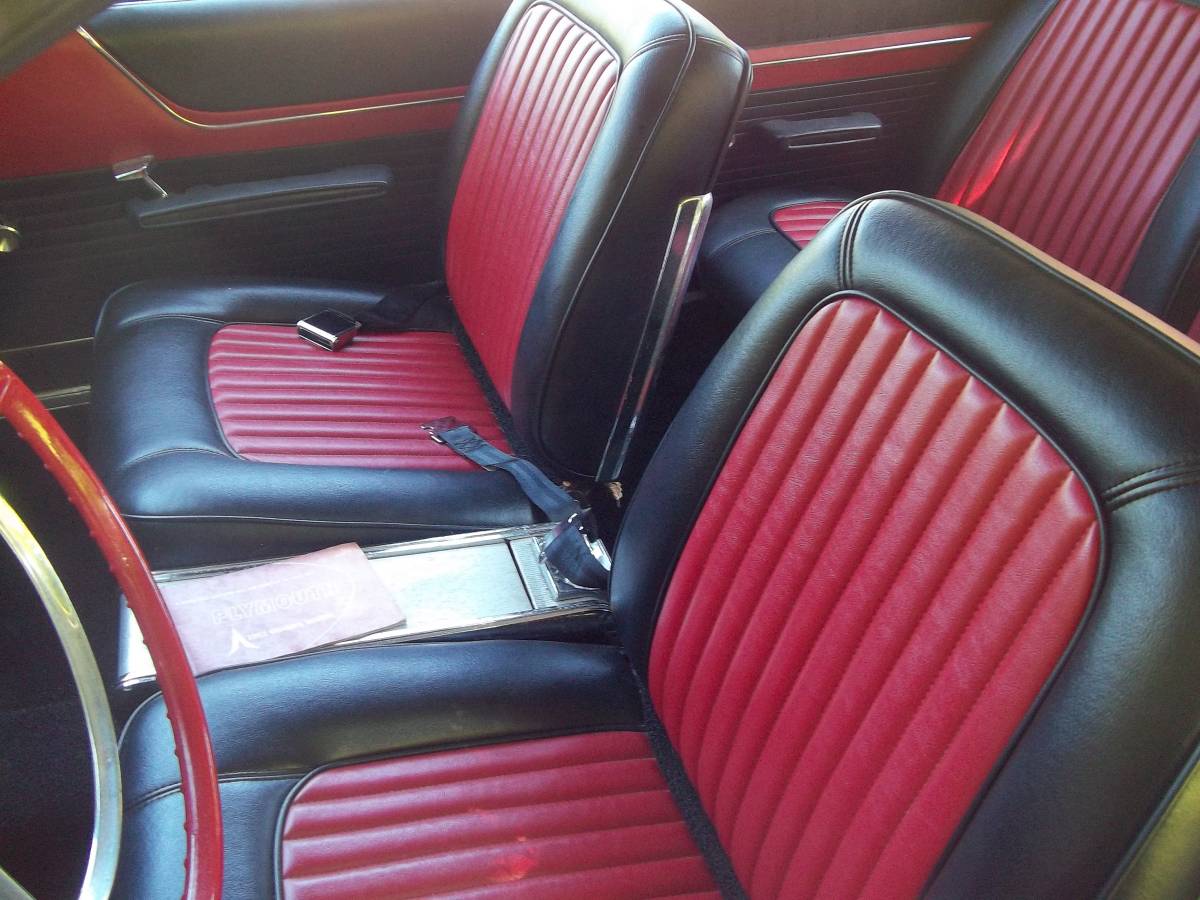 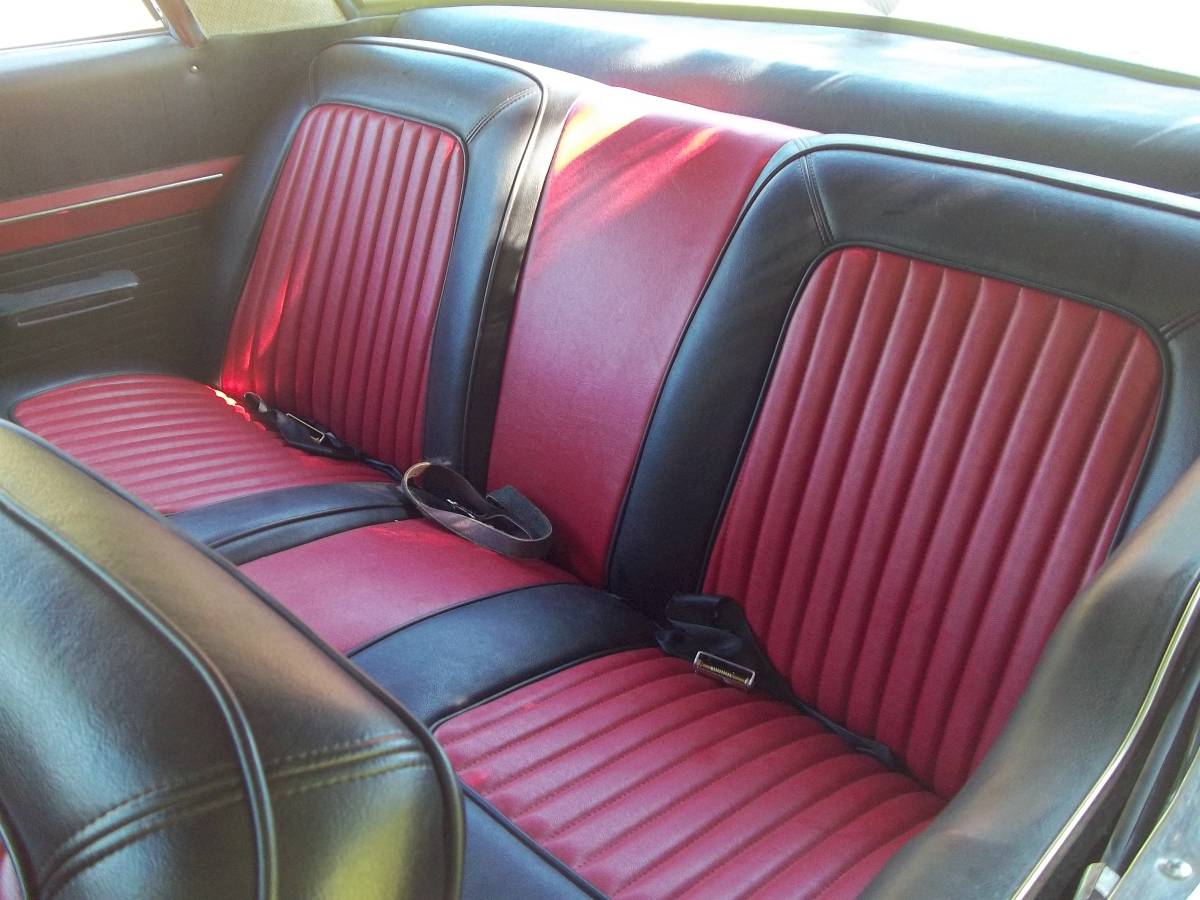 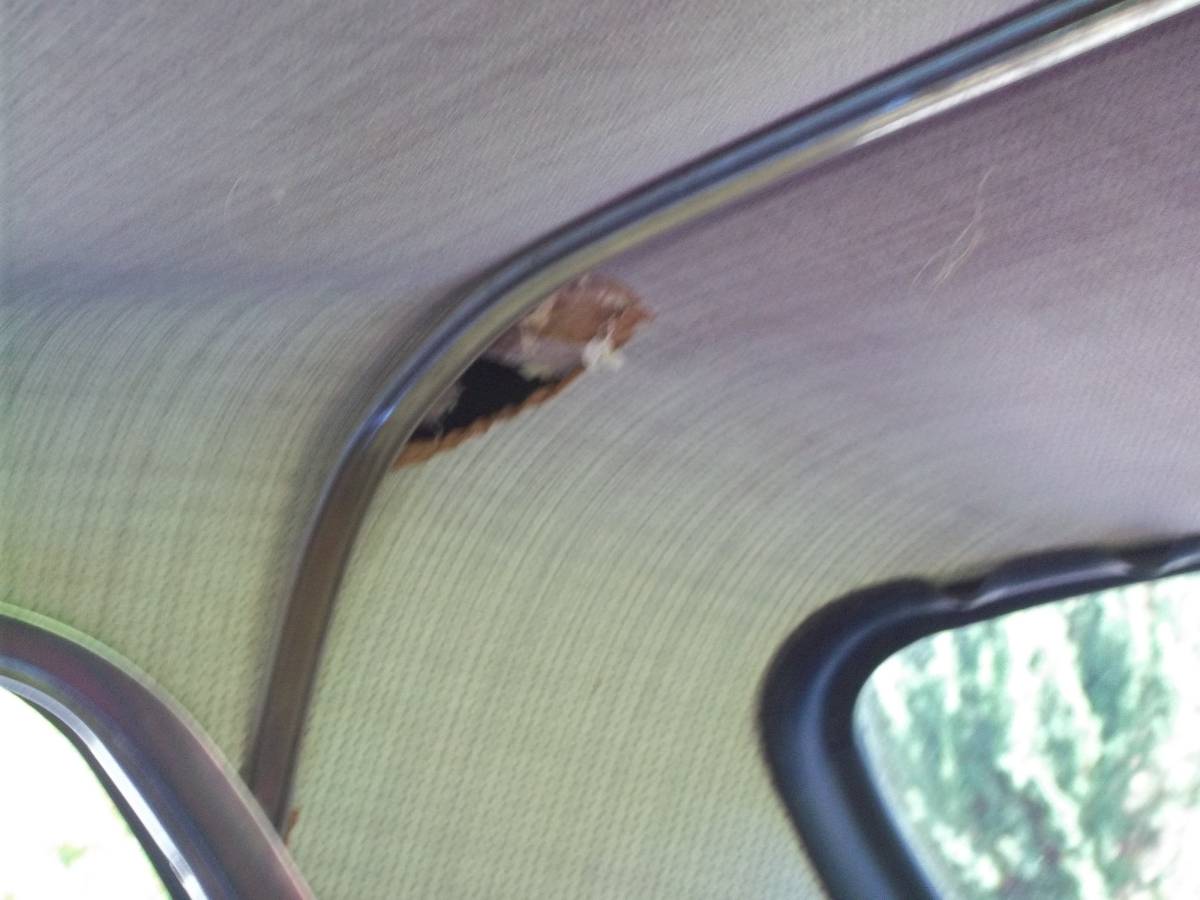 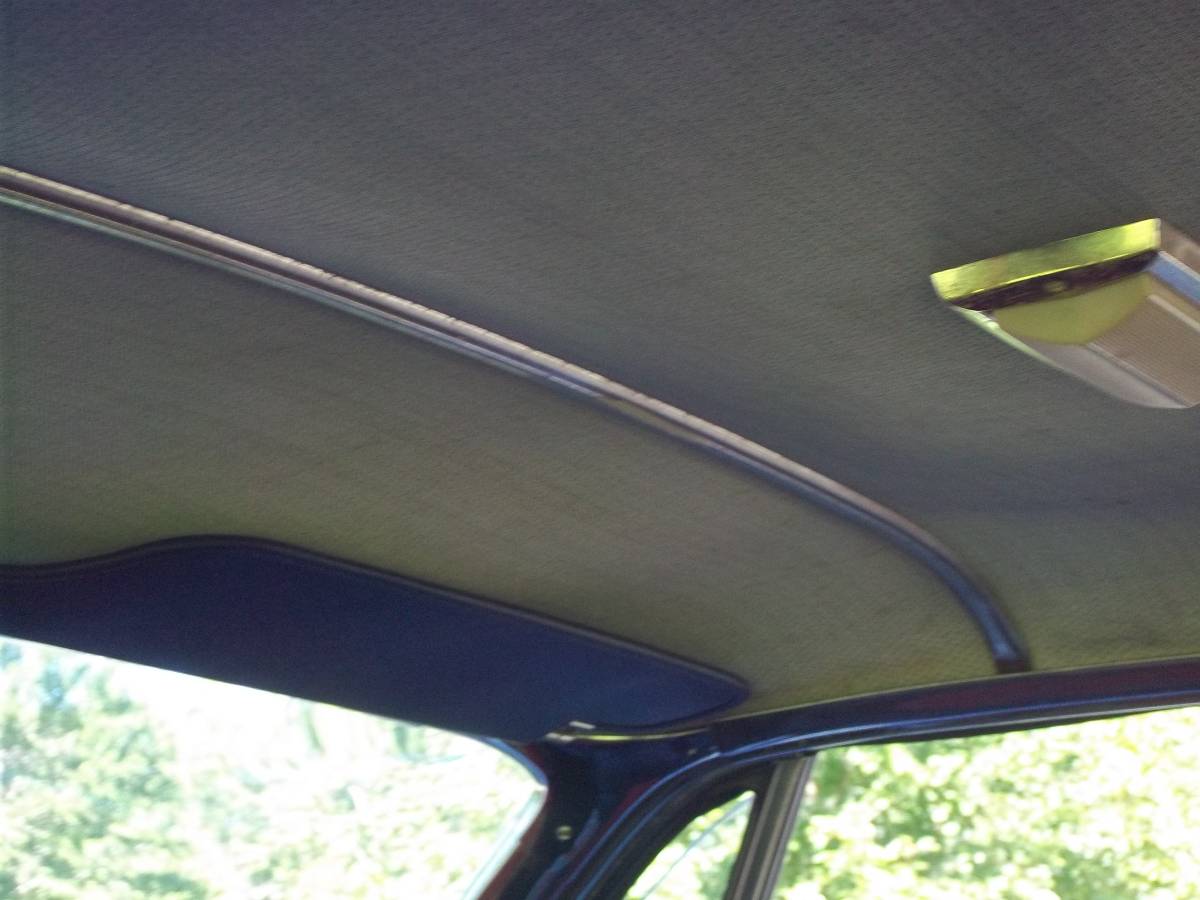 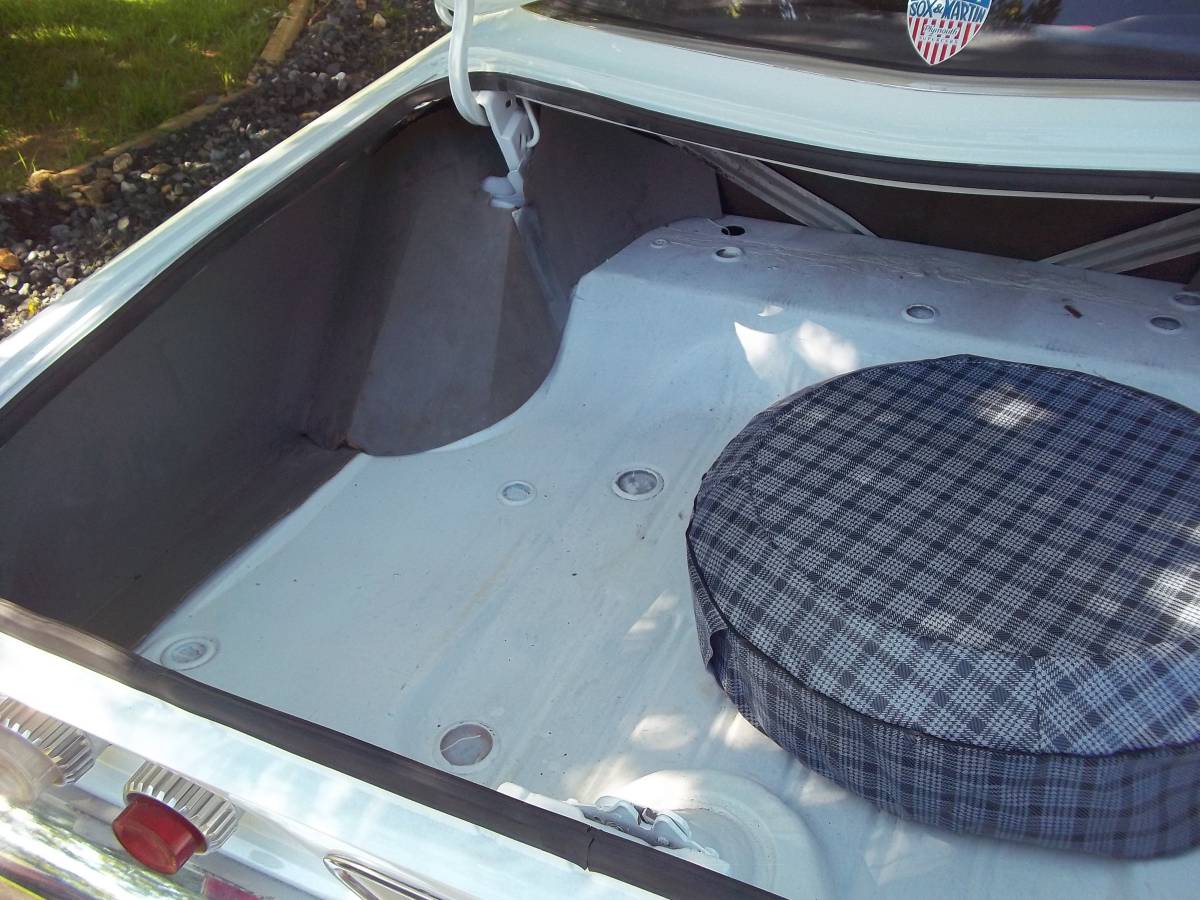 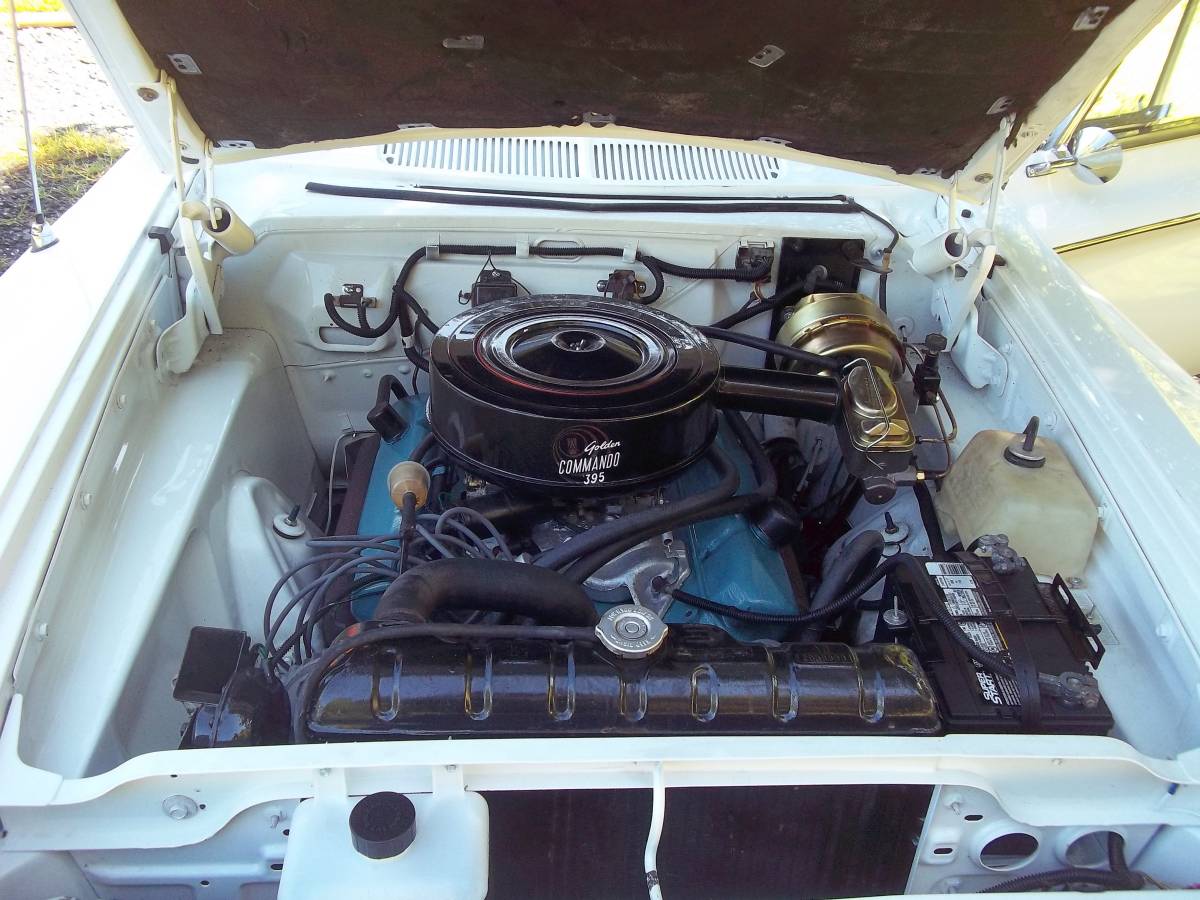 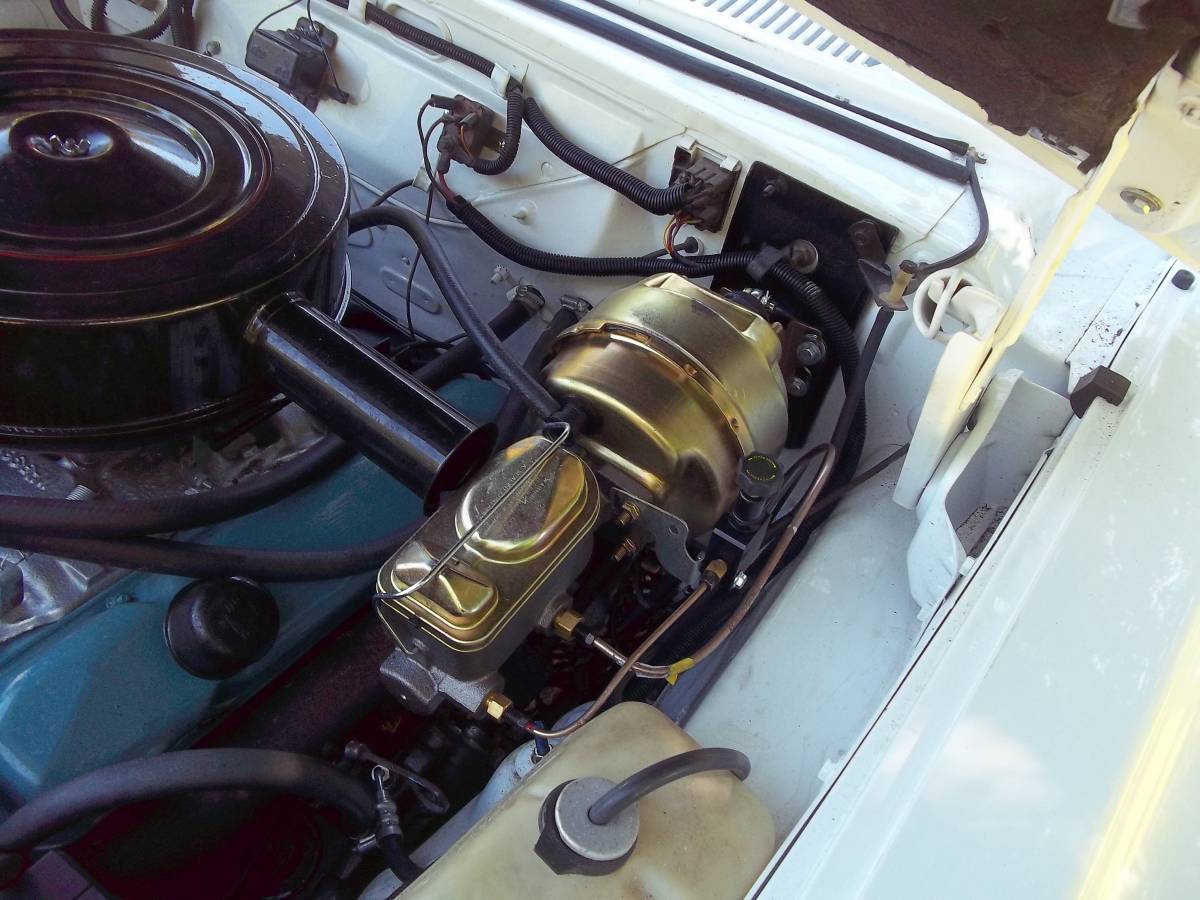 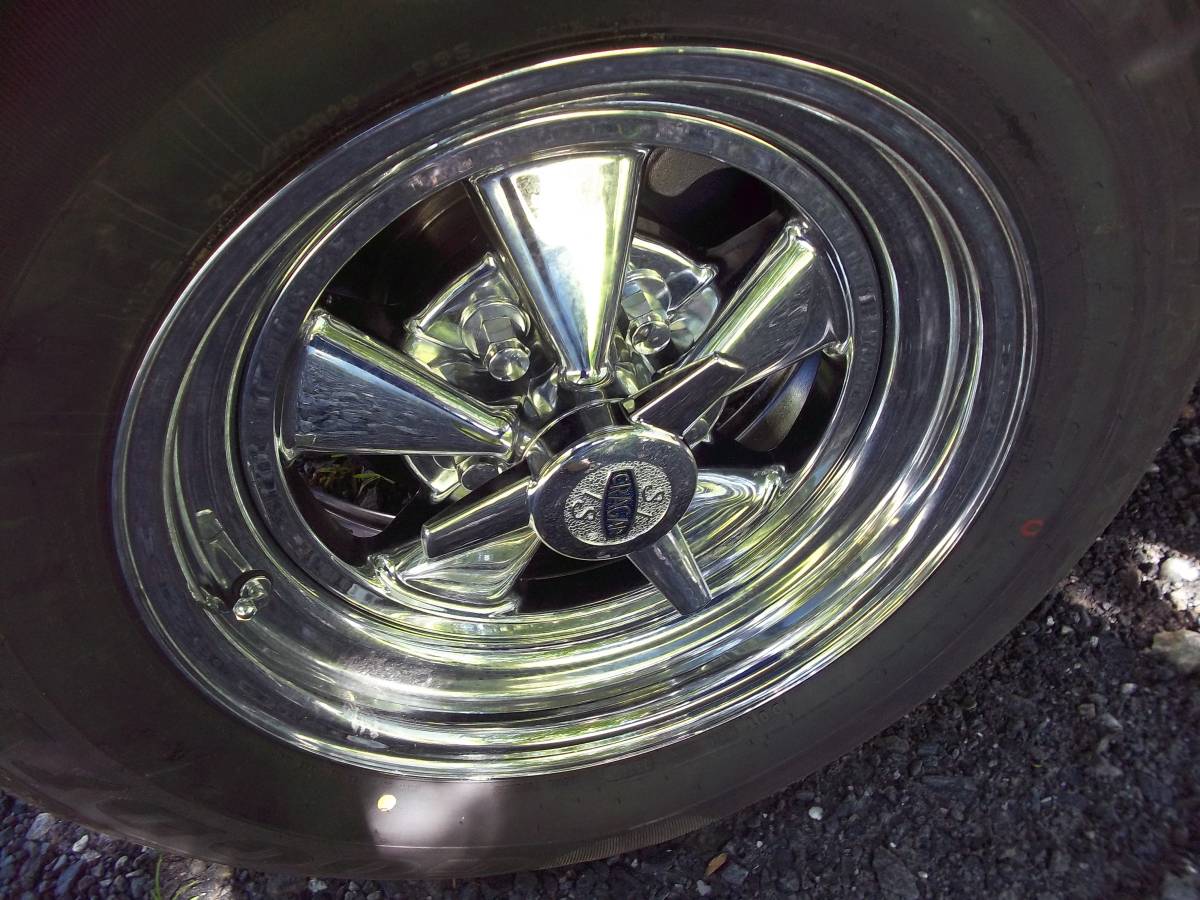 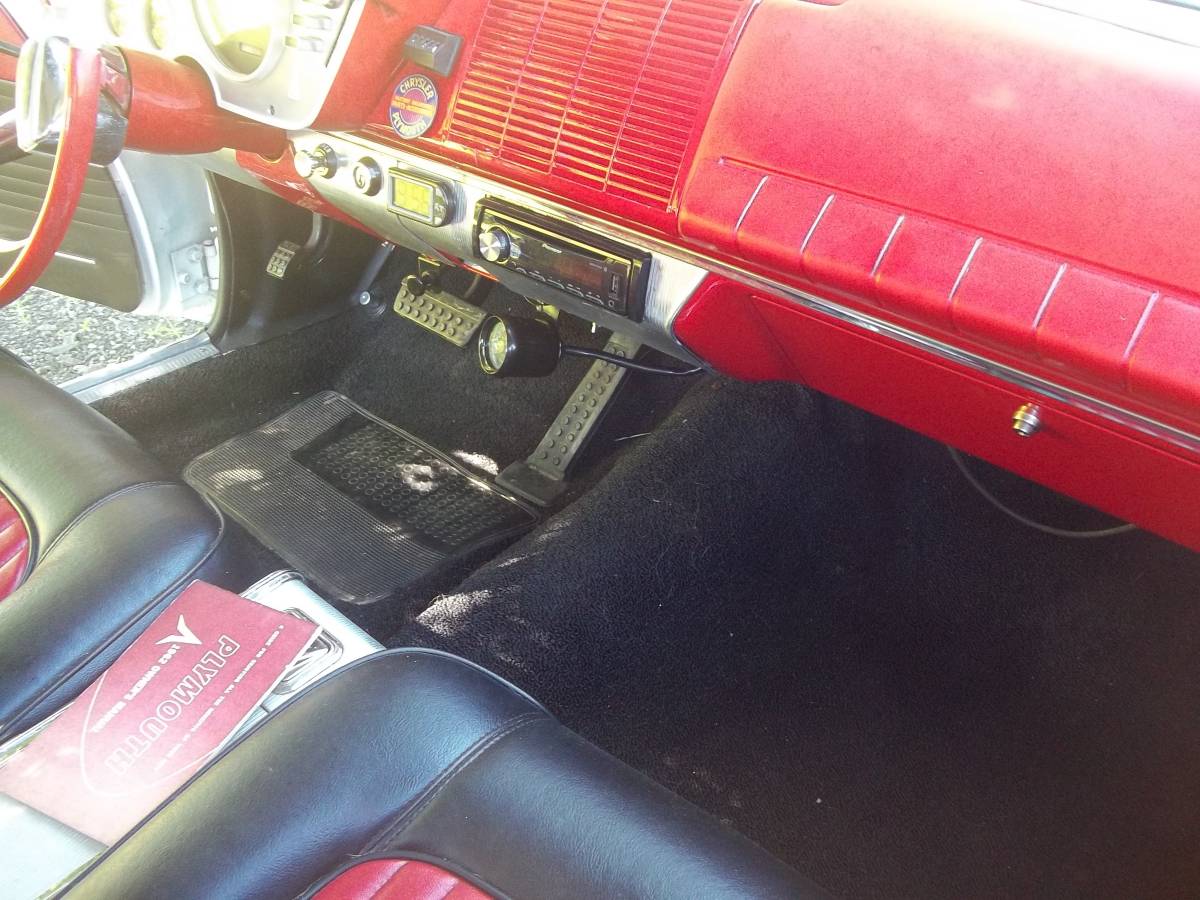 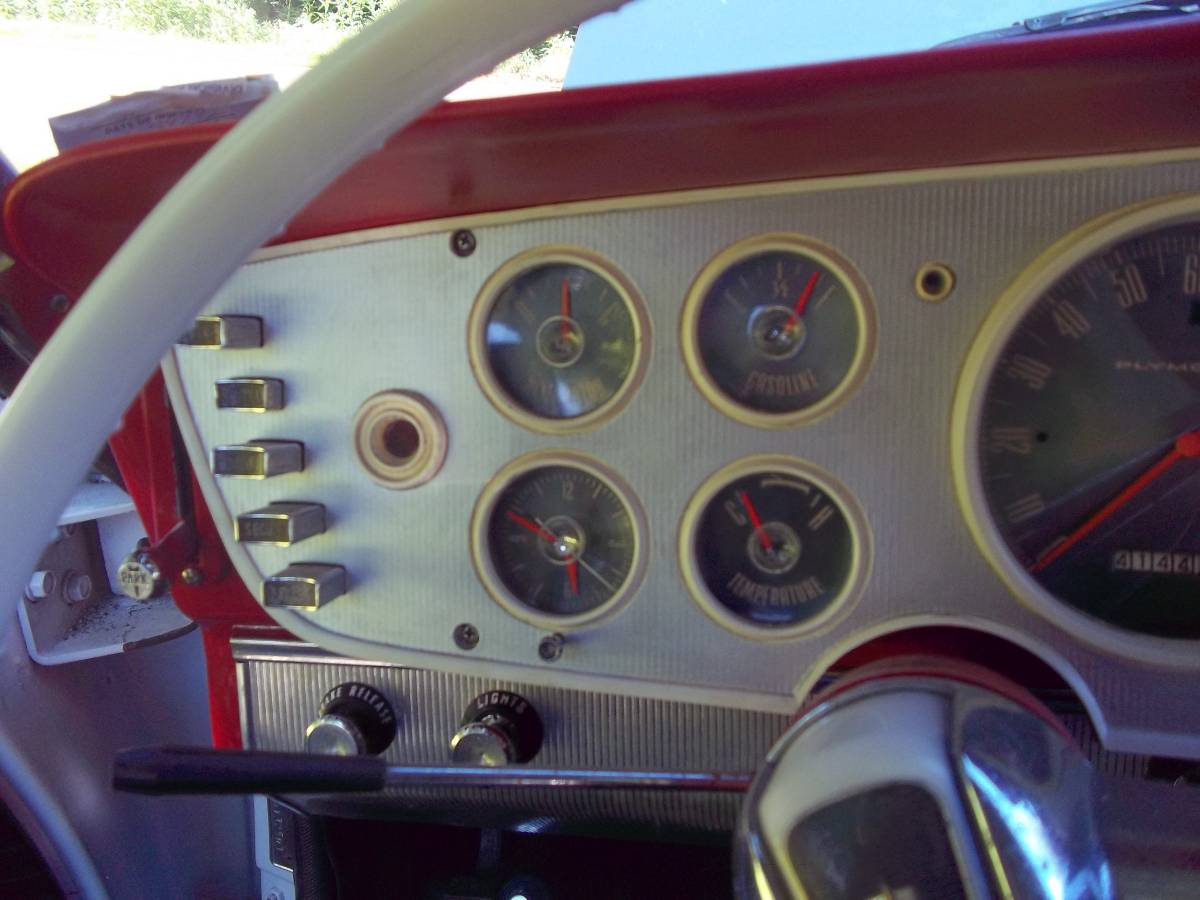 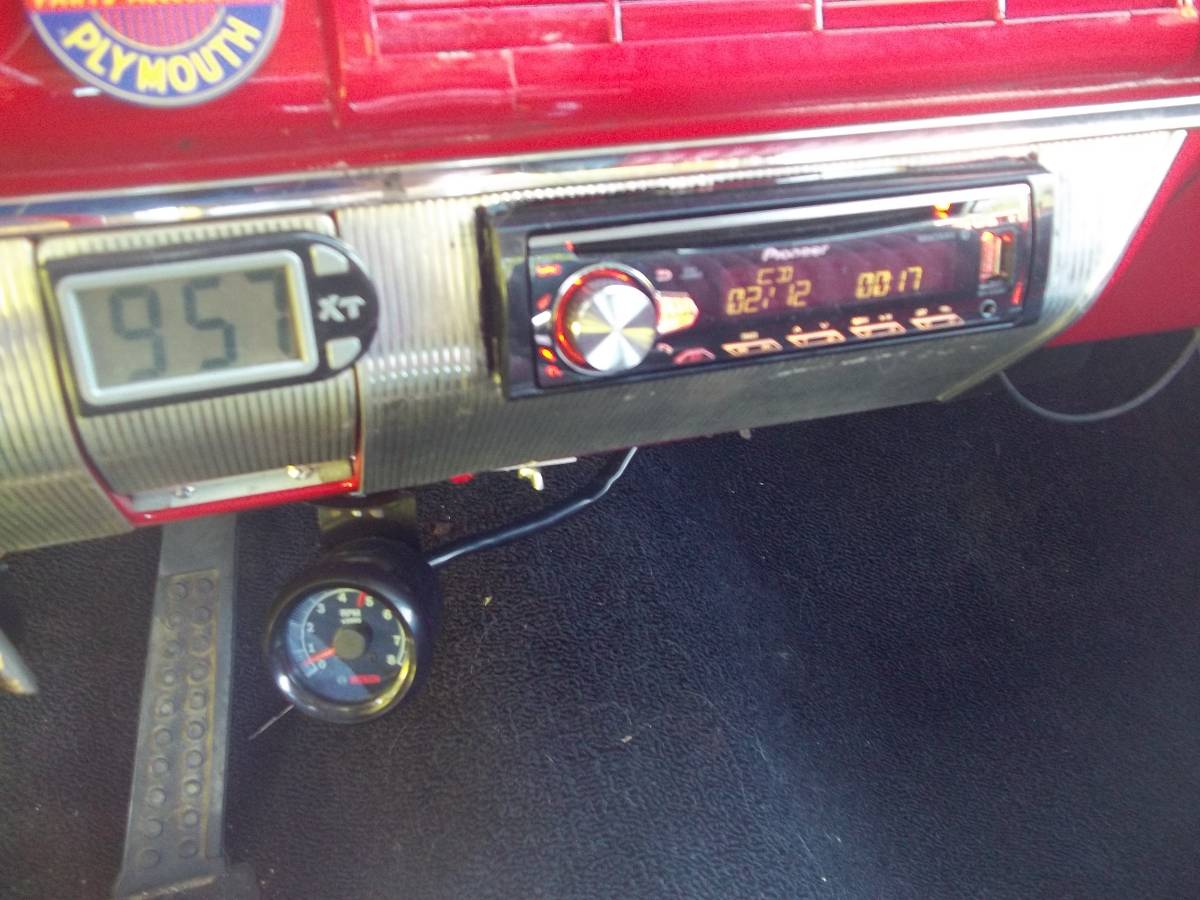 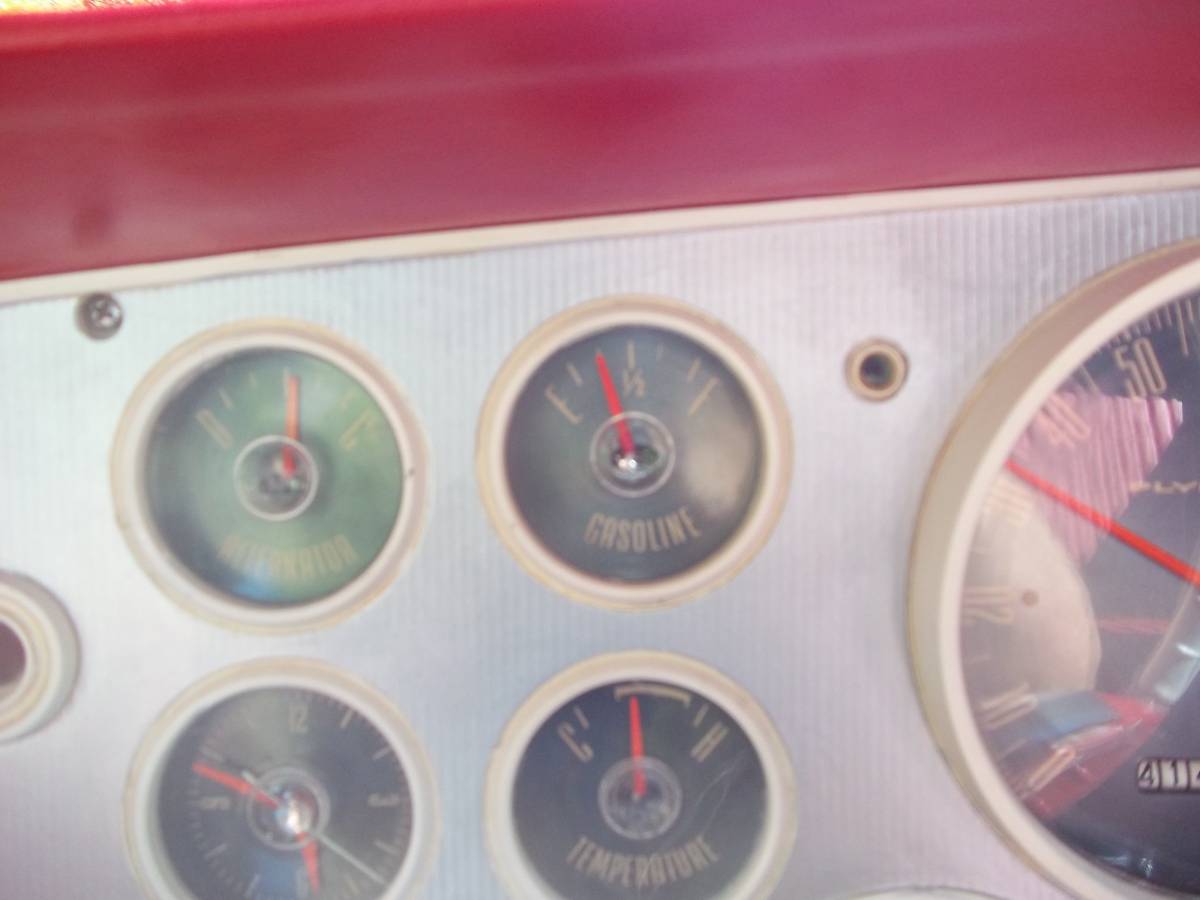 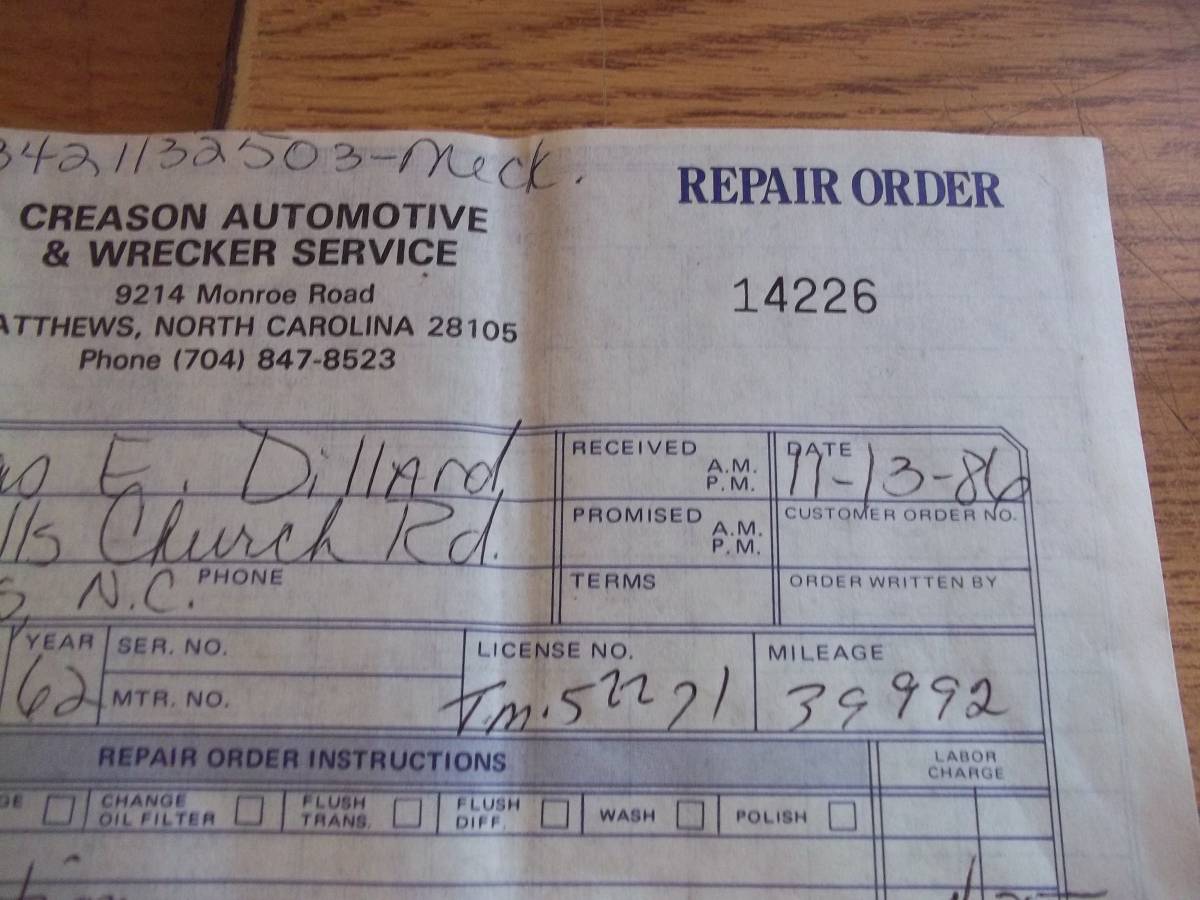 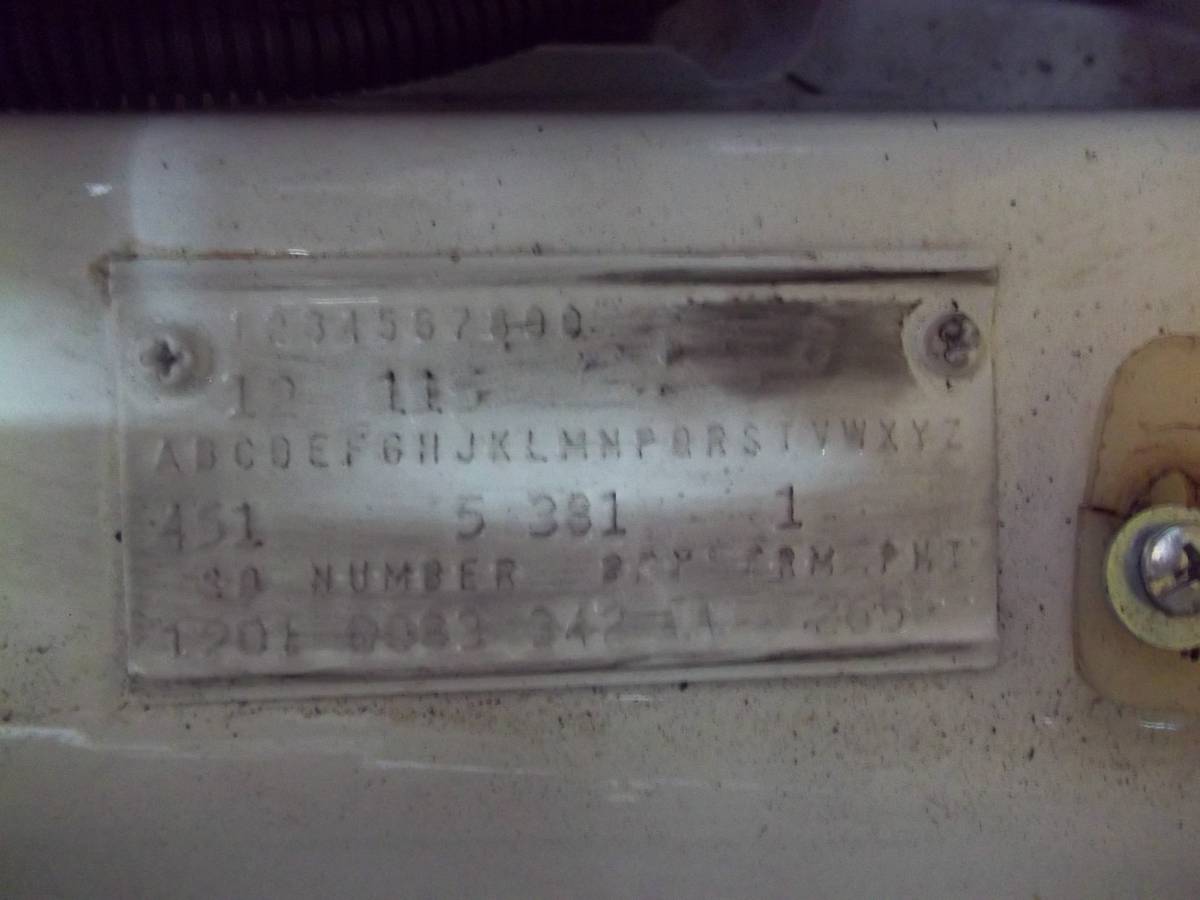 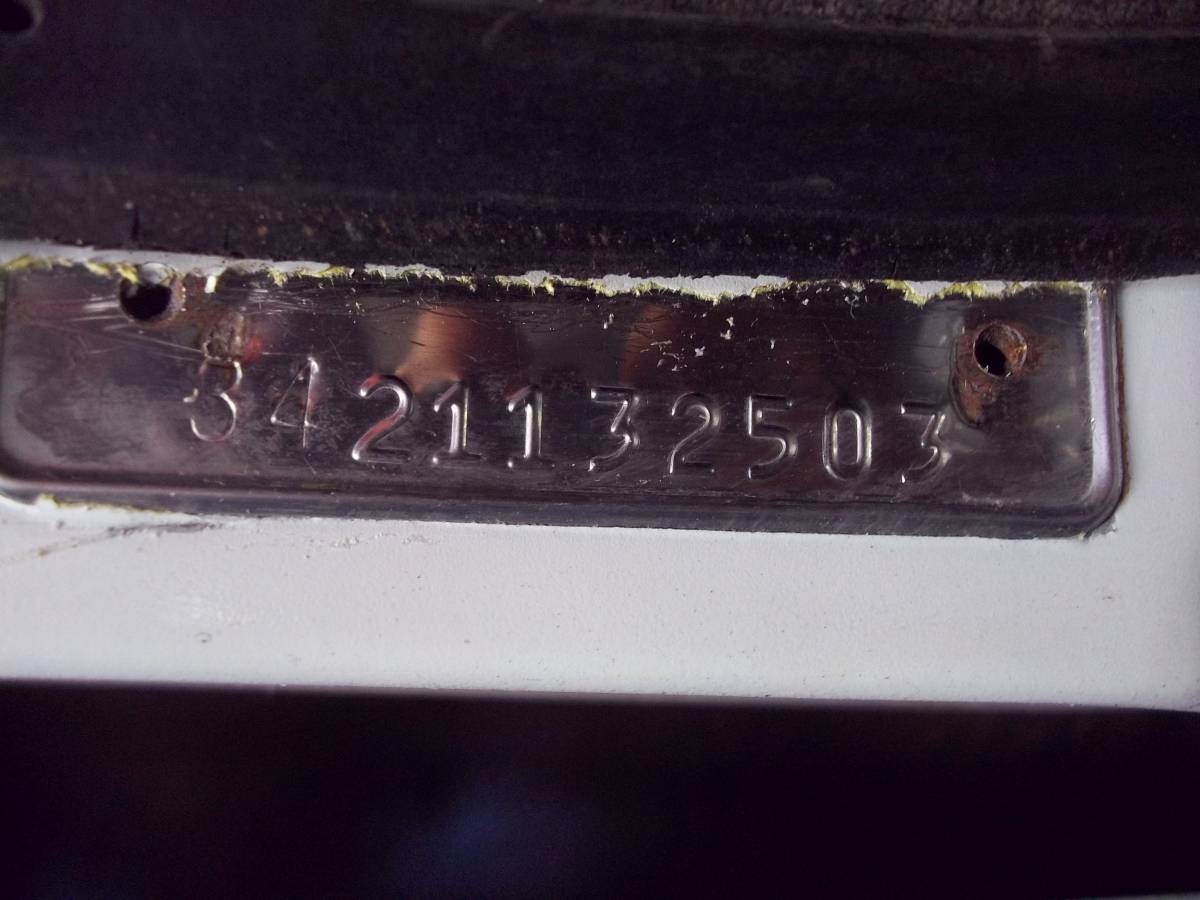 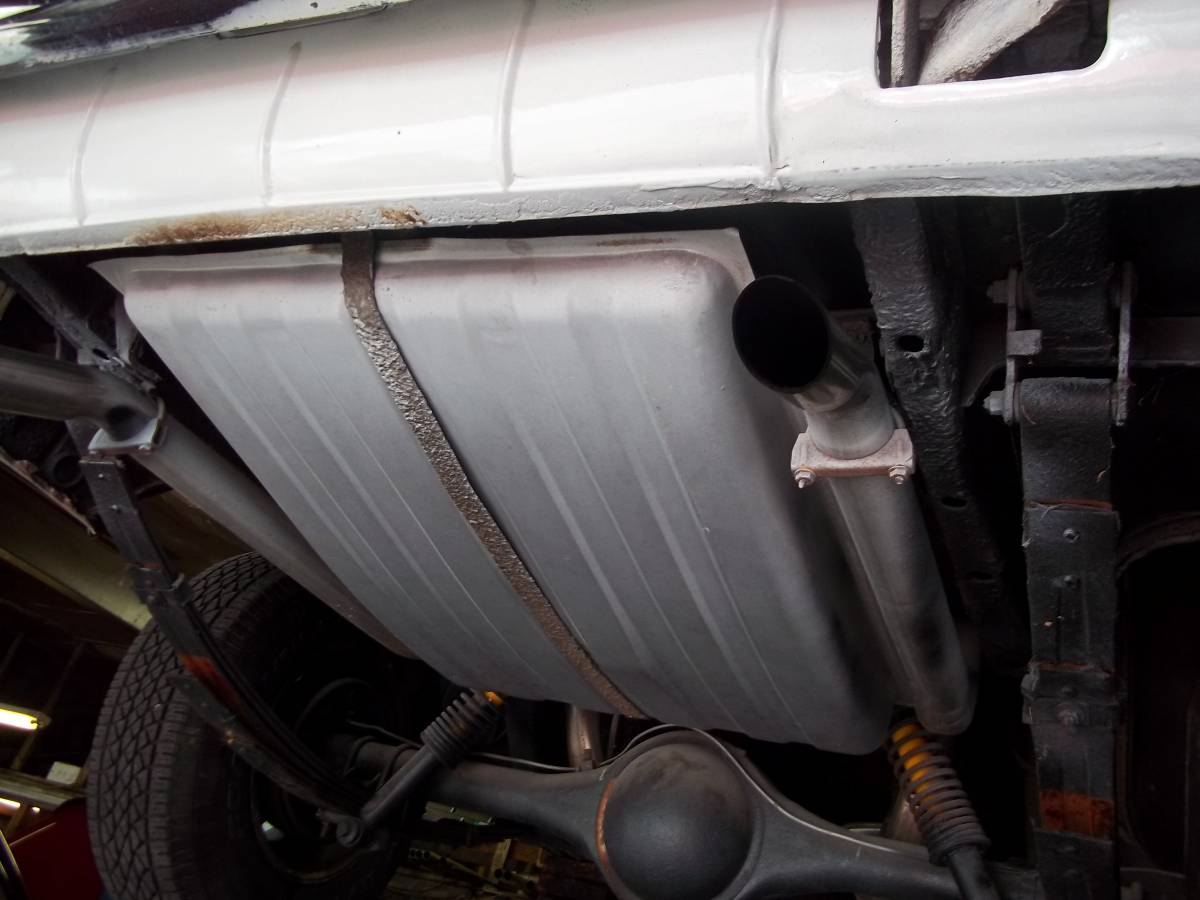 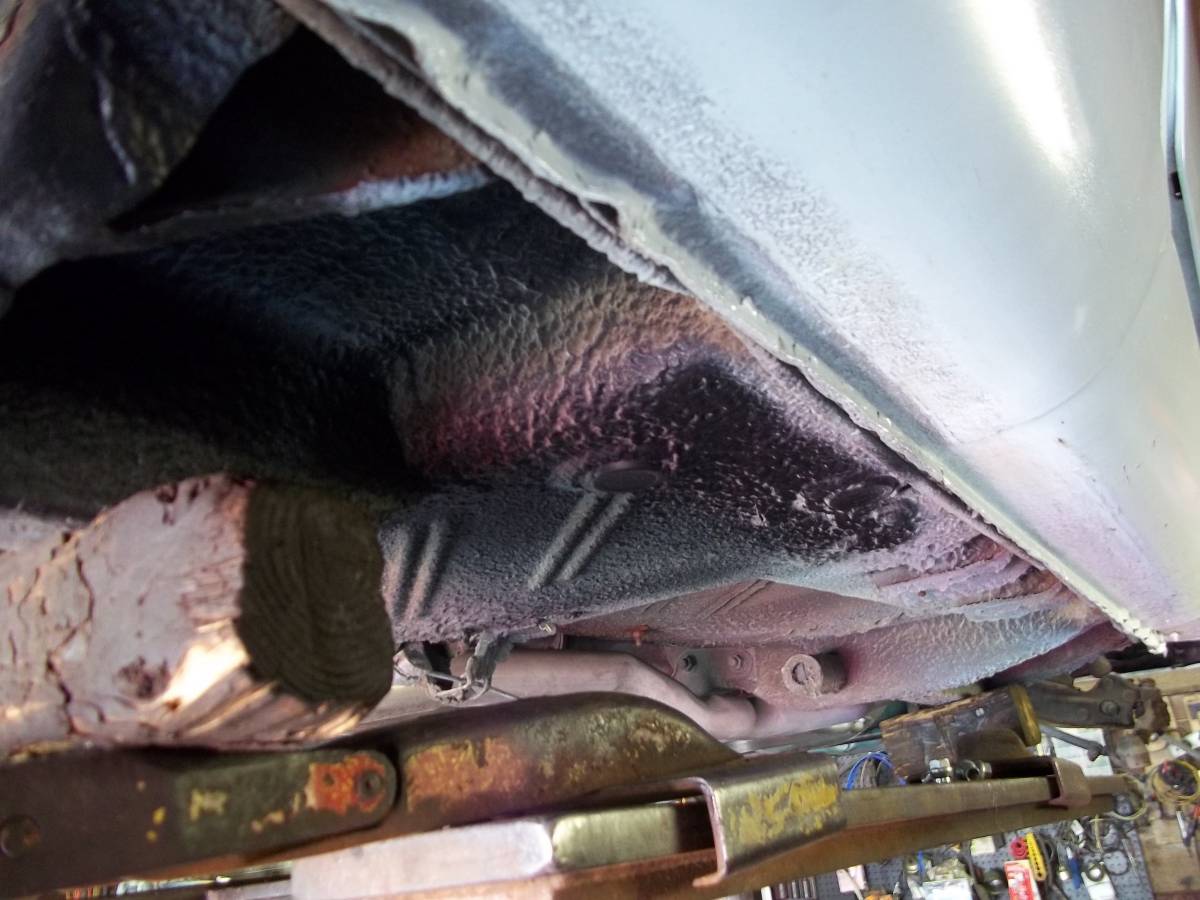 March 18, 2021 Update – We just confirmed the listing for this “Classifind” expired, so with no replacement found we’re assuming this ride “Sold?” While this one got away, please reach out either by email or call Rudy directly if you’d like to be informed when we come across something similar.

Our Free For All Friday theme is perfect for low-mileage survivor cars you just don’t see all that often like this 1962 Plymouth Sport Fury originally listed in February on Craigslist in Lansing, North Carolina. Equipped with the desirable 361 Golden Commando option and a reupholstered interior, the current caretaker has their Fury Hardtop listed for $29,995. Comparing that price against the Hagerty Insurance Online Valuation Tool confirms the private seller has their TR250 priced between this guide’s #4 “Fair” (Daily Driver) estimate of $22,600 and its #3 “Good” appraisal of $31,500.  As a second data point, the  Collector Car Market Review Online Tool confirms the asking price is in line with this guide’s #1 “Excellent” appraisal of $30,140 after factoring in a ten percent premium for the 361 Golden Commando option.

Here’s a summary of the history of these Plymouths found in the Hagerty Insurance Valuation Guide:

The 1960 Fury was the top-line Plymouth, with the most exaggerated styling to date. Fins started farther back than the year before and rose sharply in a curve with a circular medallion in the center. The headlight eyebrow trim curved around the side of the fender and above the wheel arch, which was cut back, and the area in front of the wheel was a contrasting color, with “Fury” script in it. The two-door hardtops had enormous extended rear windows unlike most anything on the road. The Fury line offered a four-door sedan, two- and four-door hardtop, and convertible, and there were six- and eight-passenger Sport Suburban station wagons.

Under the hood, engine choices ran the gamut, from the 225-cid, 145-hp slant-six to the 383-cid, 330-hp “Sonoramic Commando V-8. Transmission choices were limited to a three-speed manual or an automatic. For 1960, Furys contributed nearly 65,000 units to Plymouth’s bottom line.

Plymouth radically overhauled design in 1961, with all vertical styling cues dropped in favor of a flat look, with revised headlight eyebrows. Sales figures remained essentially unchanged, as did the base motor. The most powerful engine, however, was now the 413-cid, 375-hp V-8 with dual four-barrel carburetors and cross-ram induction.

Plymouth once again revised the full-size line in 1962, this time to resemble the very successful Valiant compact. The Fury range continued to offer the same sedan, hardtops, convertible and wagons, and the Sport Fury line was reintroduced, now with only a two-door hardtop and a convertible. Apart from the slant-six, the base V-8 was the 318-cid, 230-hp engine, while the wildest motor was the 413-cid, 420-hp, dual four short-ram engine.

A conservative restyle graced the Plymouth Fury for 1963, with four headlights and vertical front fender lines. The division joined the horsepower race in earnest mid-year, offering the optional 426-cid, 425-hp “Max-Wedge” V-8 and a four-speed transmission. The engine became a legend at the USAC drag strip, but Fury V-8s also included the 318-cid with 230 hp and the 383-cid, 330-hp “Golden Commando.”

Side trim appeared on the 1964 Furys, and the C-pillar became thinner. The Max Wedge V-8 was upstaged in the middle of the year when the 426-cid, 425-hp “Super Commando” Hemi V-8 appeared. Afterwards, the course was set for the emergence of the American muscle car in earnest.

The more outrageous, early 1960s Plymouth Furys are hard to find today, mostly due to rust issues, but they have a growing following. Later cars are much more conventional in design, but are also often more reliable. The later Plymouth Furys of this generation also have an available four-speed and a slew of potent engines. Of course, just be certain any prospective purchase was born that way, or is priced accordingly.”

The private seller provides two great walk-around videos of their Plymouth that prove movies are worth ten thousand words over just pictures alone:

This is a great survivor-quality Mopar hardtop with a great-sounding V8 with a nice low-mileage provenance that makes for a nice summertime cruiser.

Very Rare Sport Fury with the 361 Golden Commando and 41448 original miles as I place this ad.

The car has always been a North Carolina car, I have receipts for Inspections showing the mileage to be 39,992 in November of 1986, see the sticker on the windshield too. The car was in storage from 1987 for 26 years, the gentleman I bought it from had it mechanically serviced had the car repainted and the interior all redone in the original materials, the headliner is original with one flaw in the pictures, but there is a new one still in plastic included. The car is 100% rust free. The chrome, pot metal and stainless is still very nice. The trunk still has the cardboard inner lining.

Since I bought it, I’ve upgraded to power disc brakes, new shocks, added a front anti way bar from Addco, installed the stereo (still have the original AM radio), new battery, 4 sets of seat belts and tach under the dash.

The fender tag decodes as follows: 1201 (build date, since the Sport Fury was introduced in January, this was an early car). 0089 Production Sequence, 342 means Sport Fury, WW is white top and bottom, 265 means red vinyl interior

Read about the history at https://www.allpar.com/reviews/1962/sport-fury.html

You know how rare this car is, performs flawlessly, does anyone want it more than I do?

That is the only reason I am listing it.

Will not respond to:
is it available? what’s your bottom line? or private emails.
If you are seriously interested, send me your phone number and name, I will respond.“

Show or go: what would you do with this Sport Fury Survivor?  Comment below and let us know!