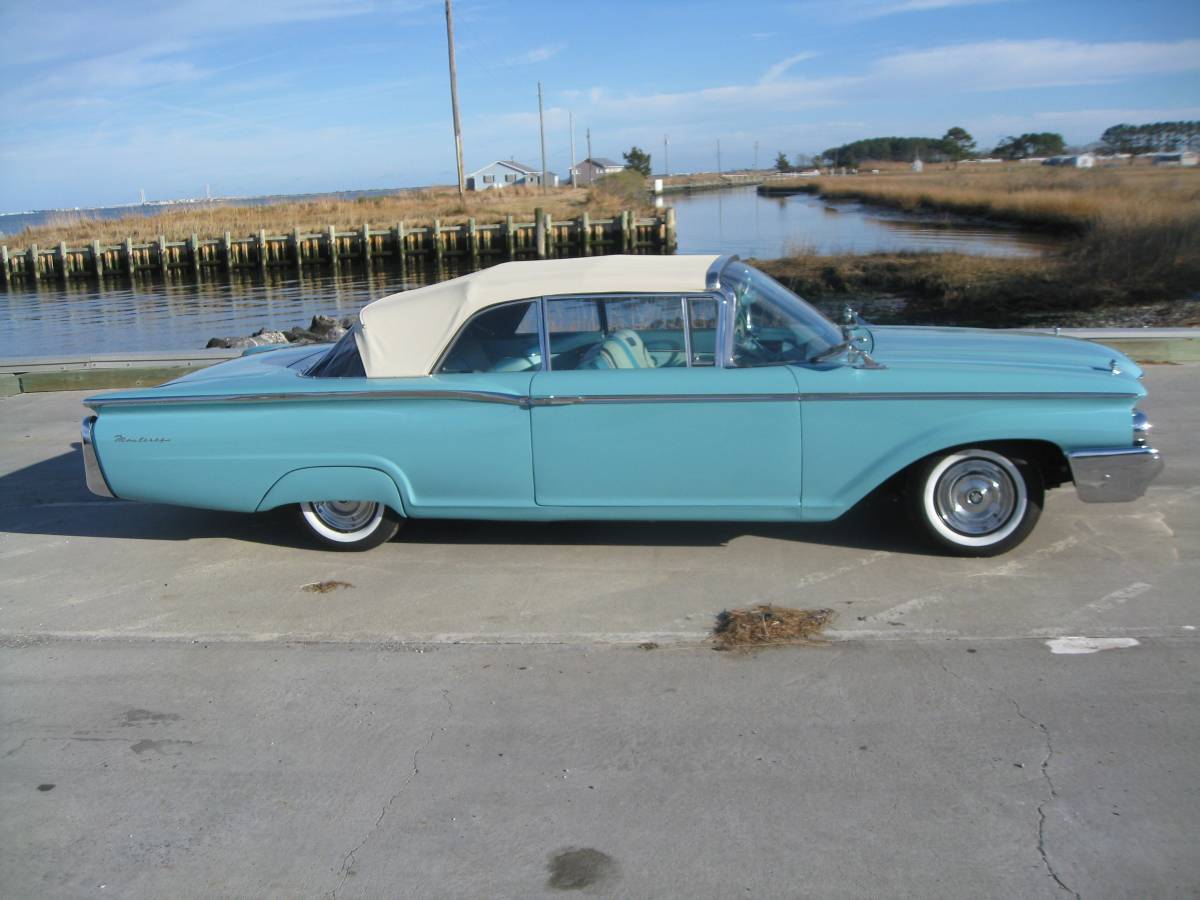 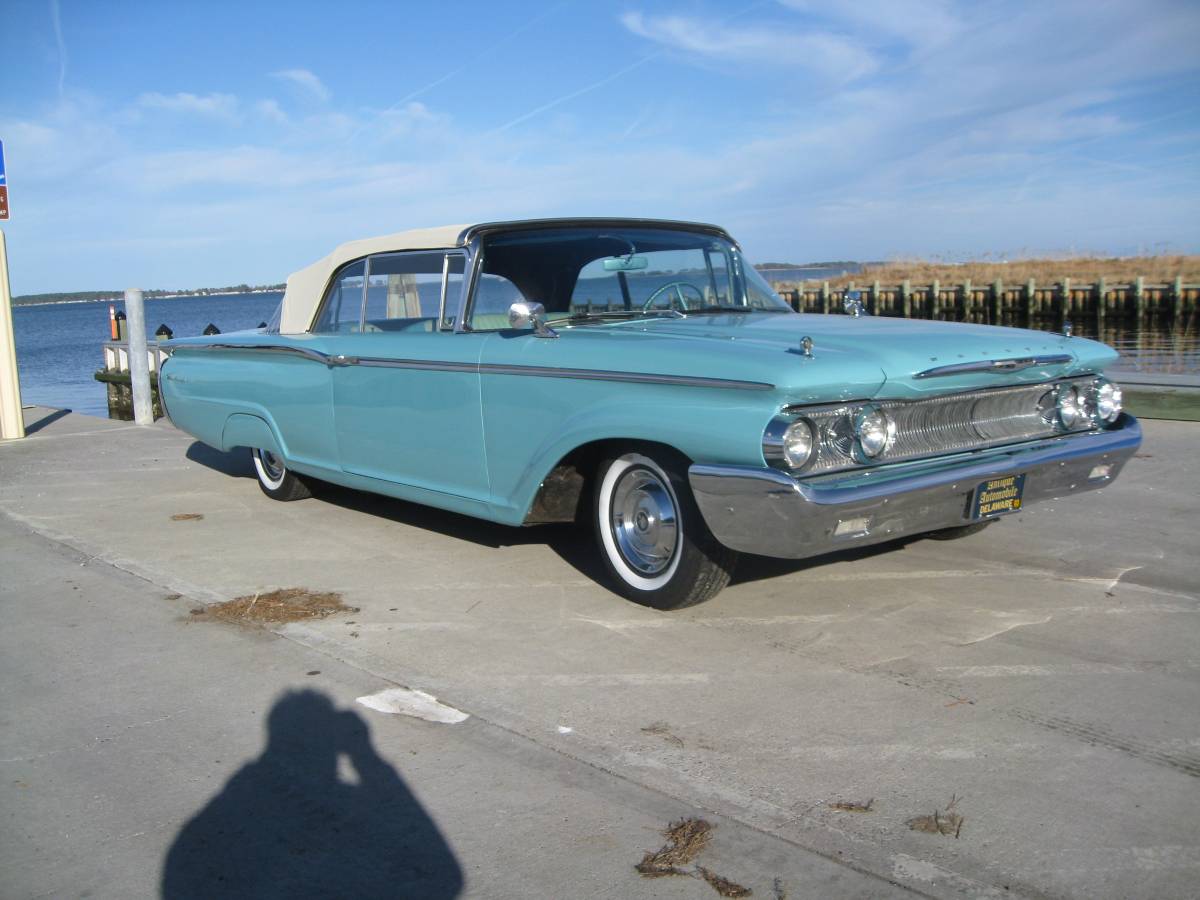 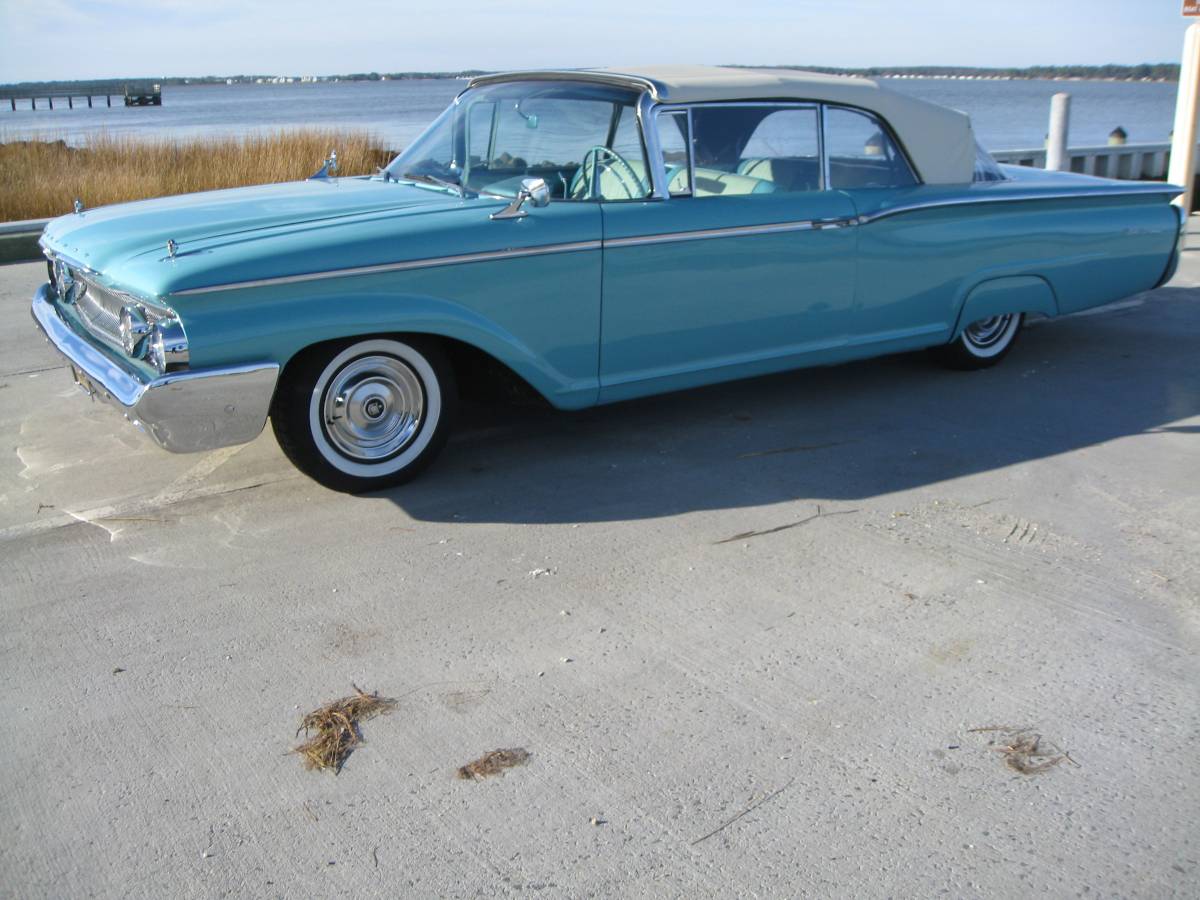 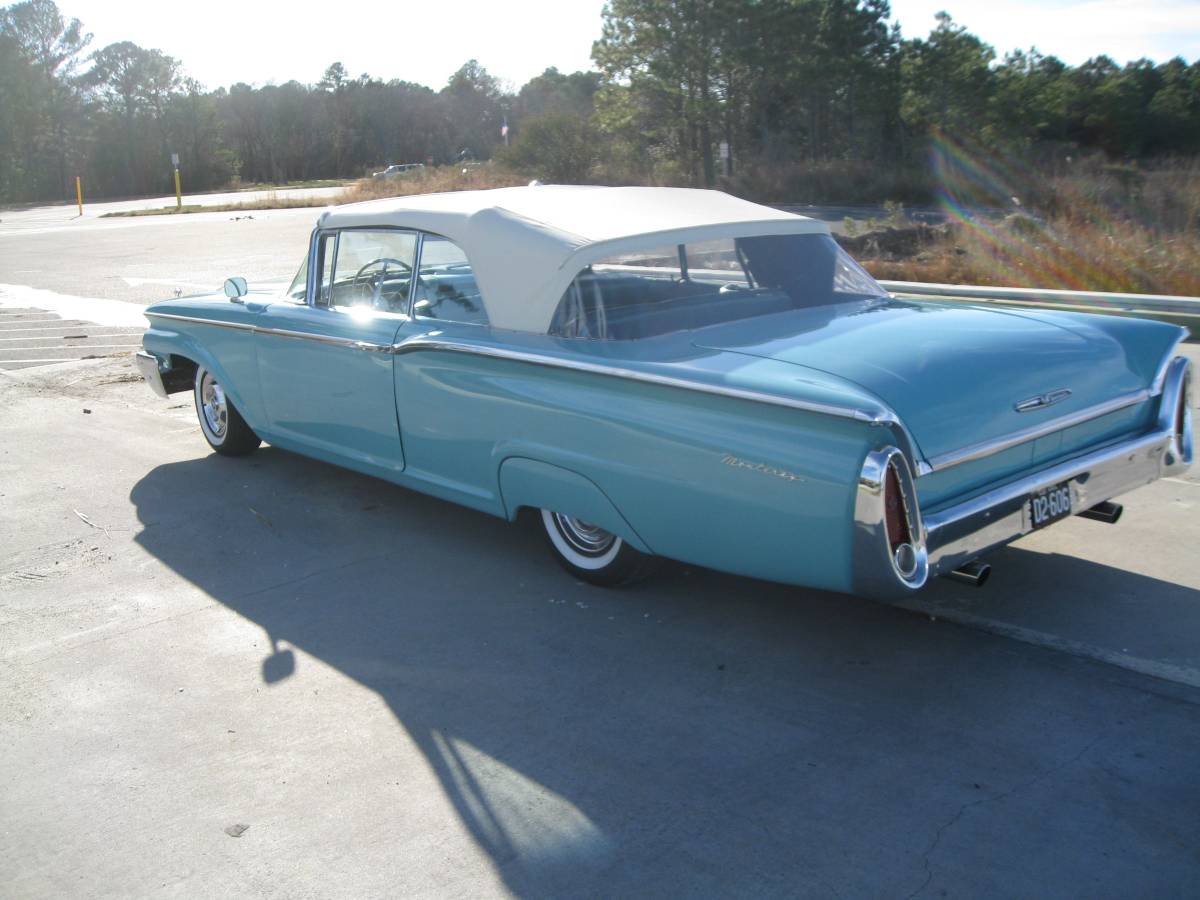 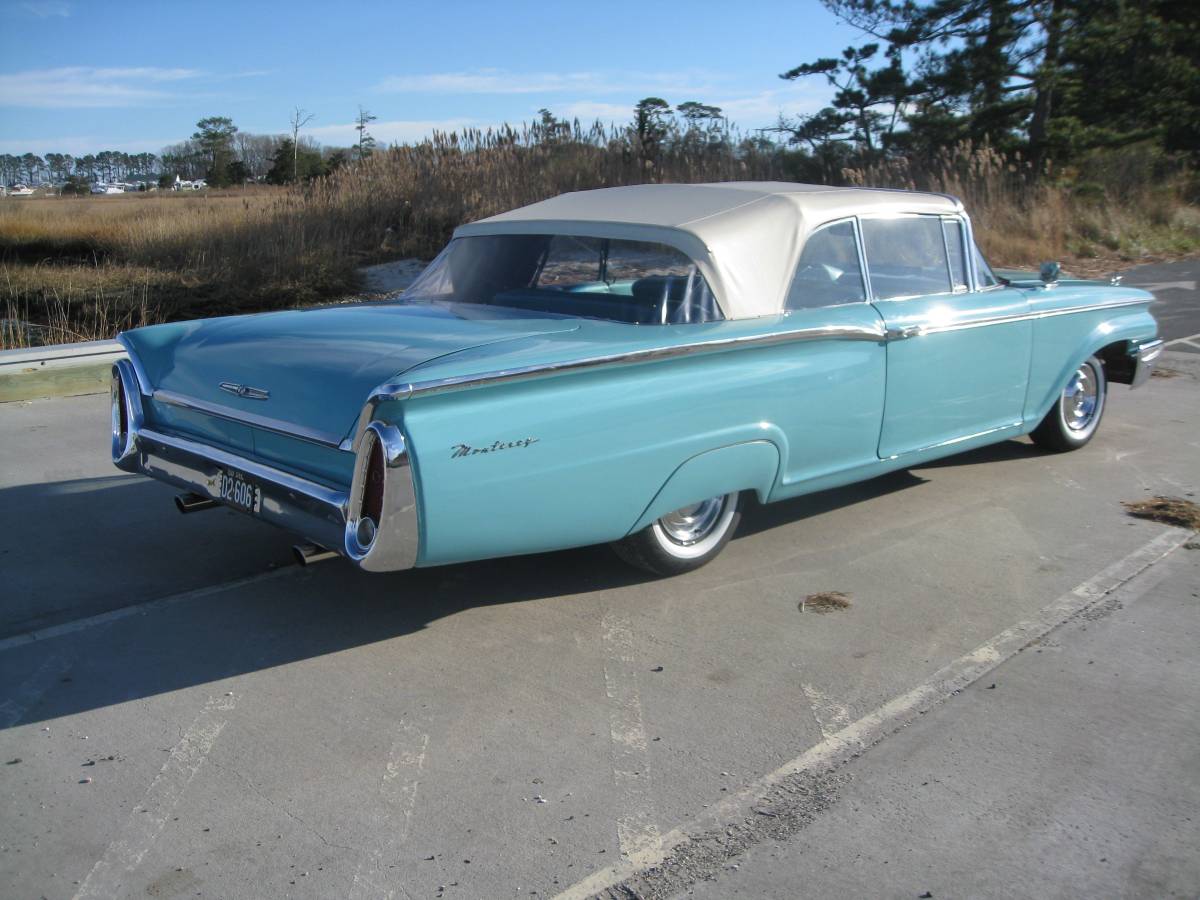 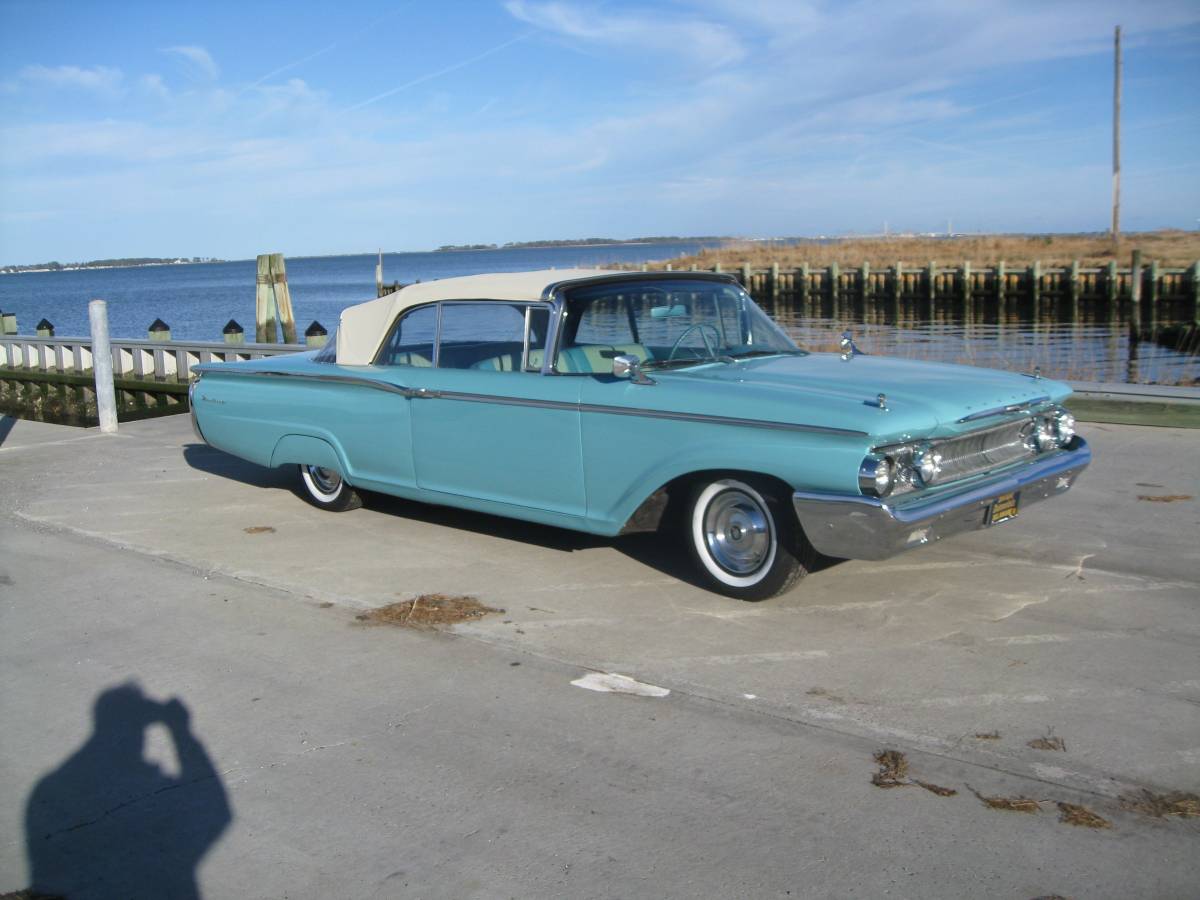 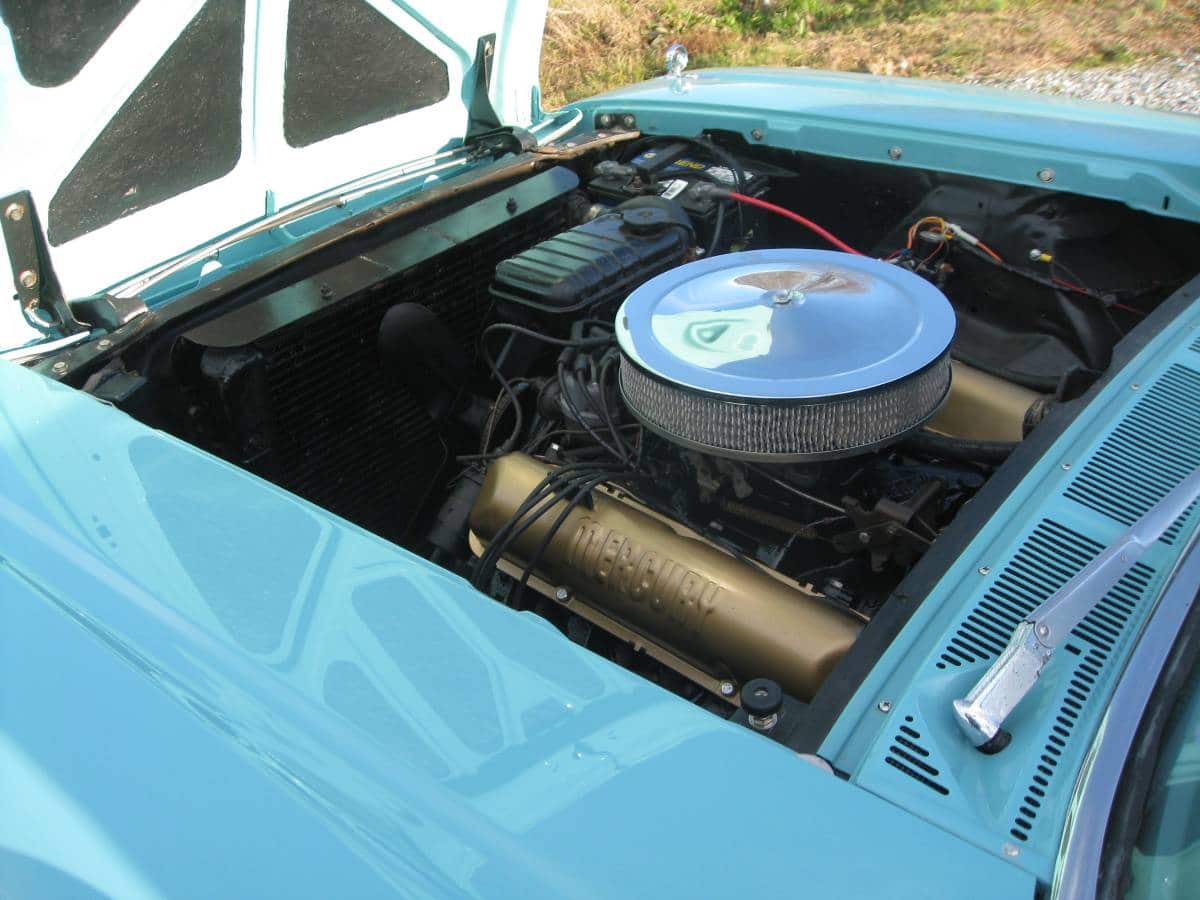 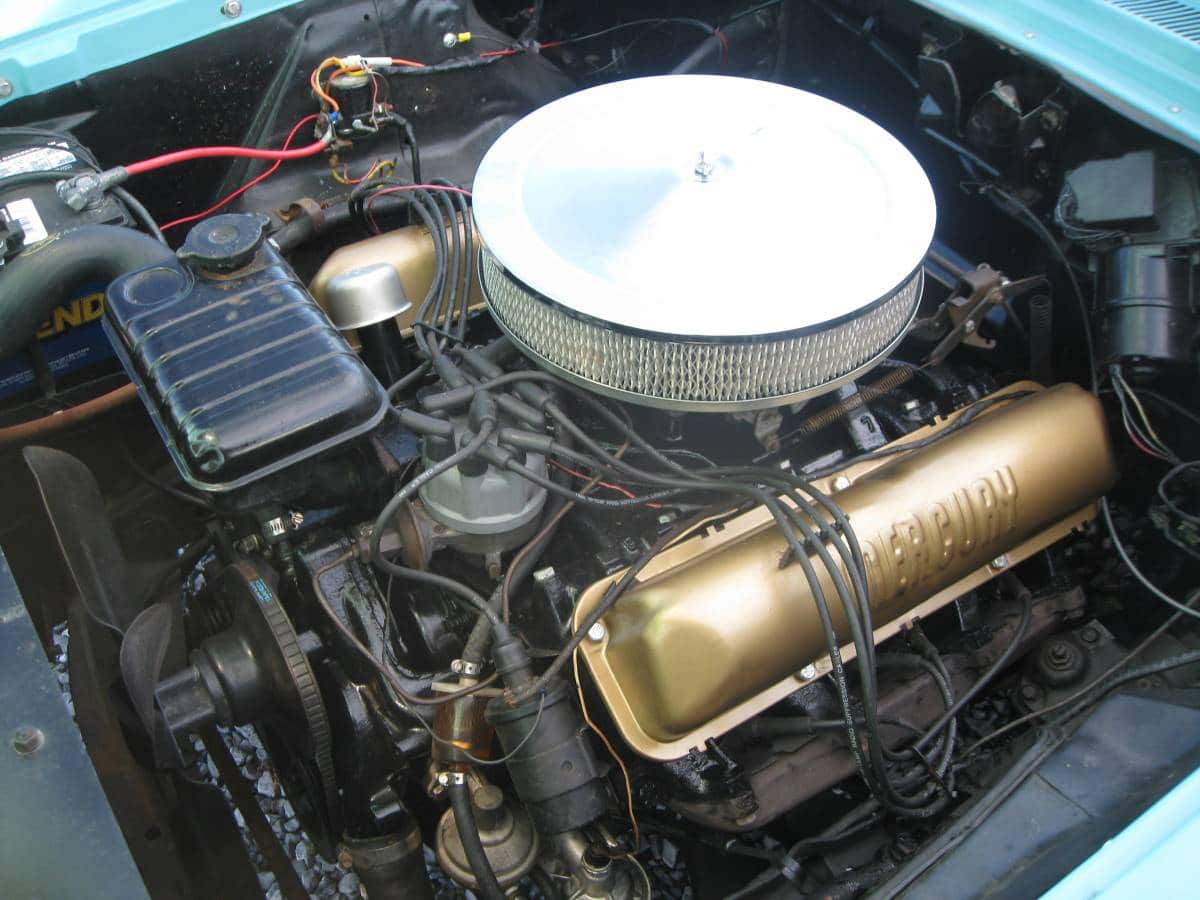 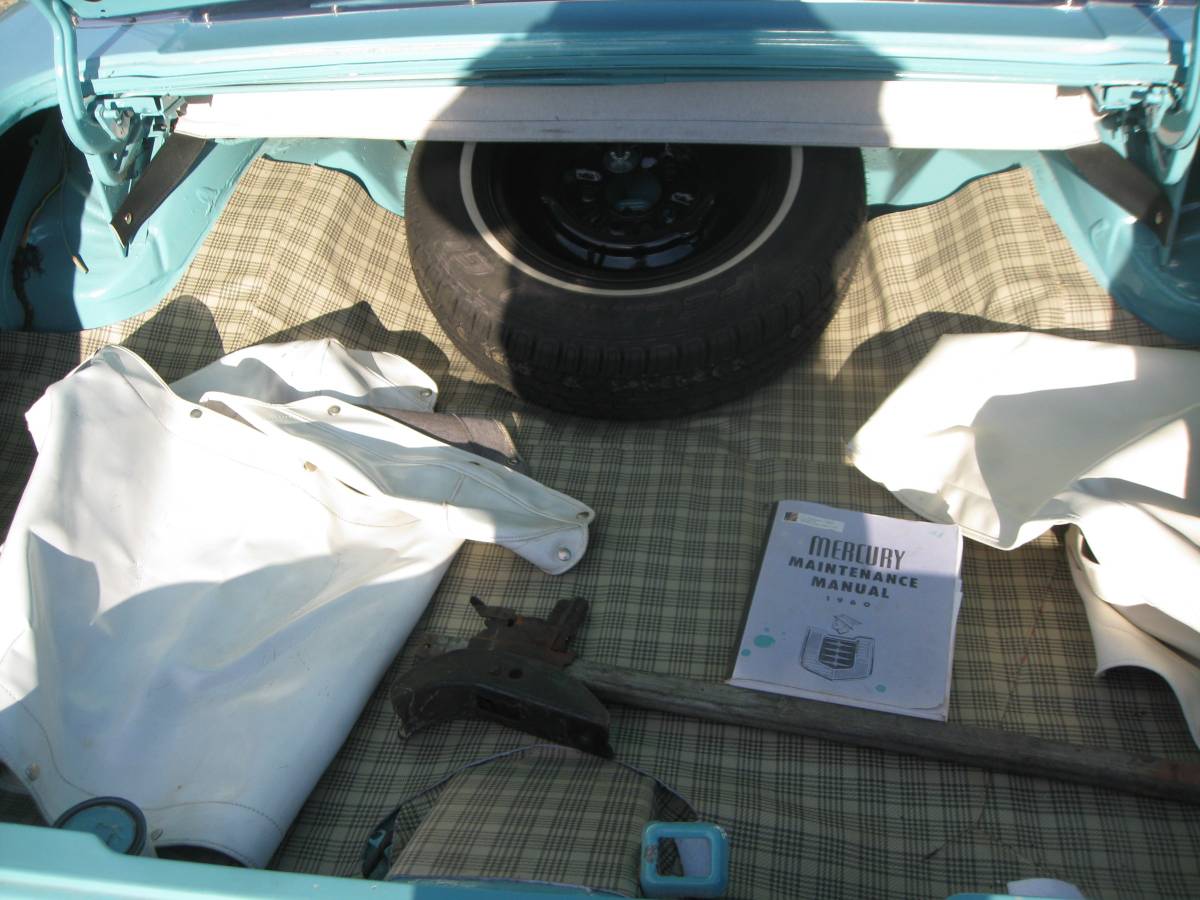 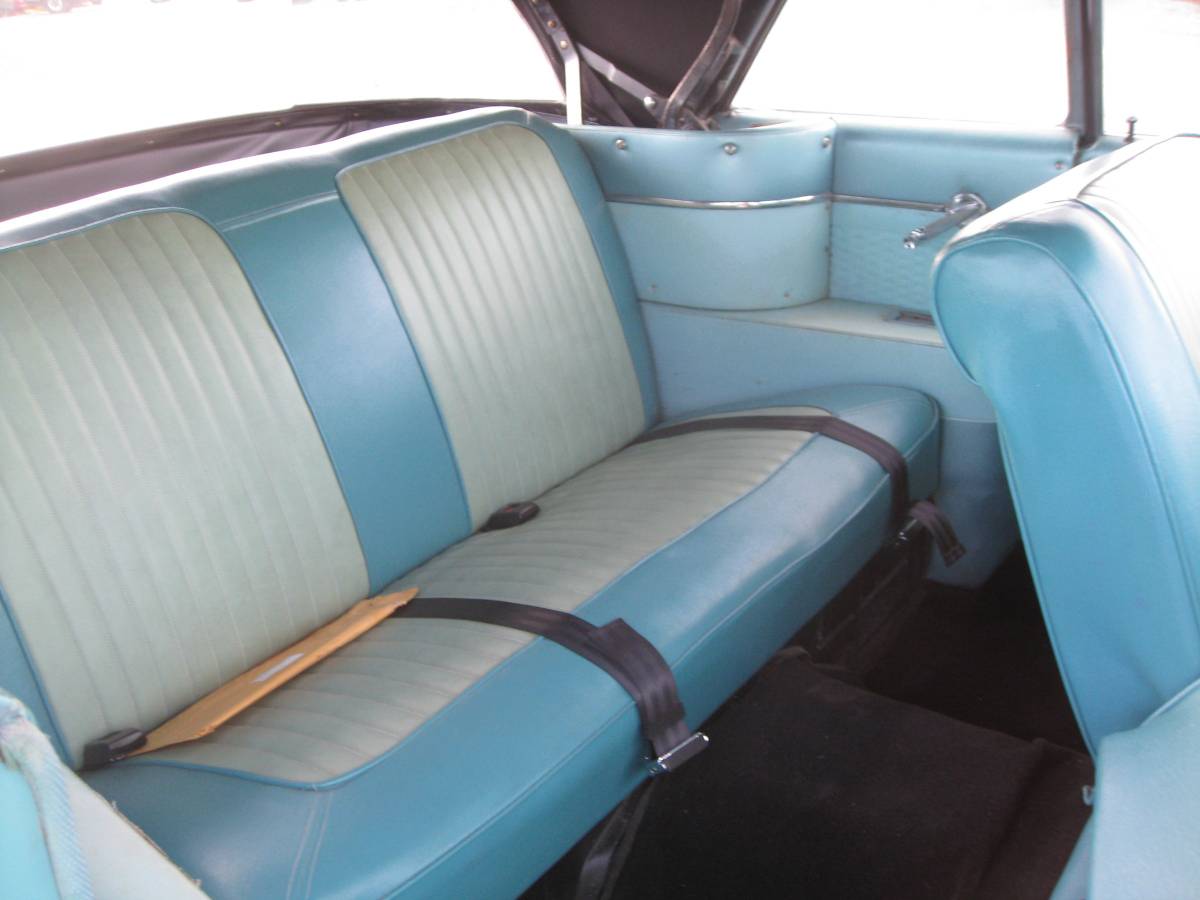 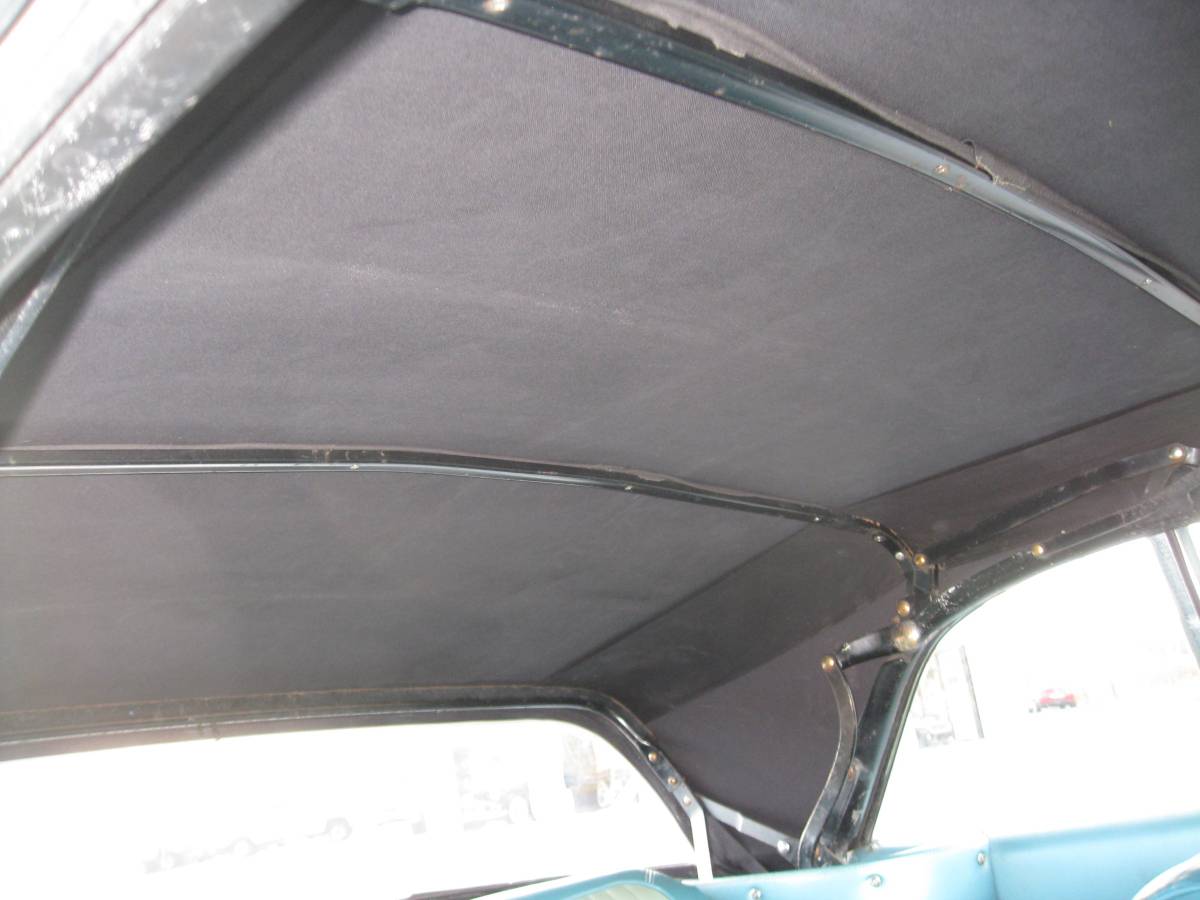 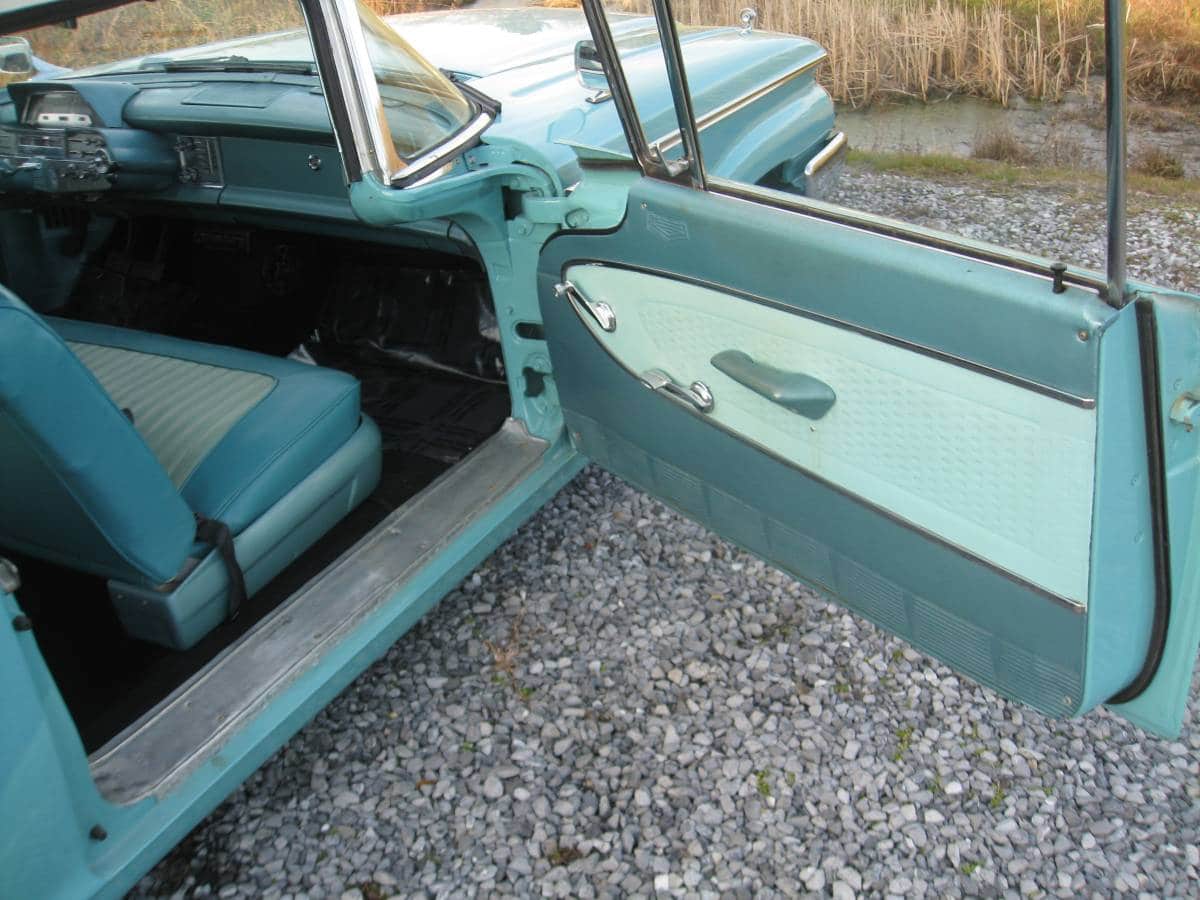 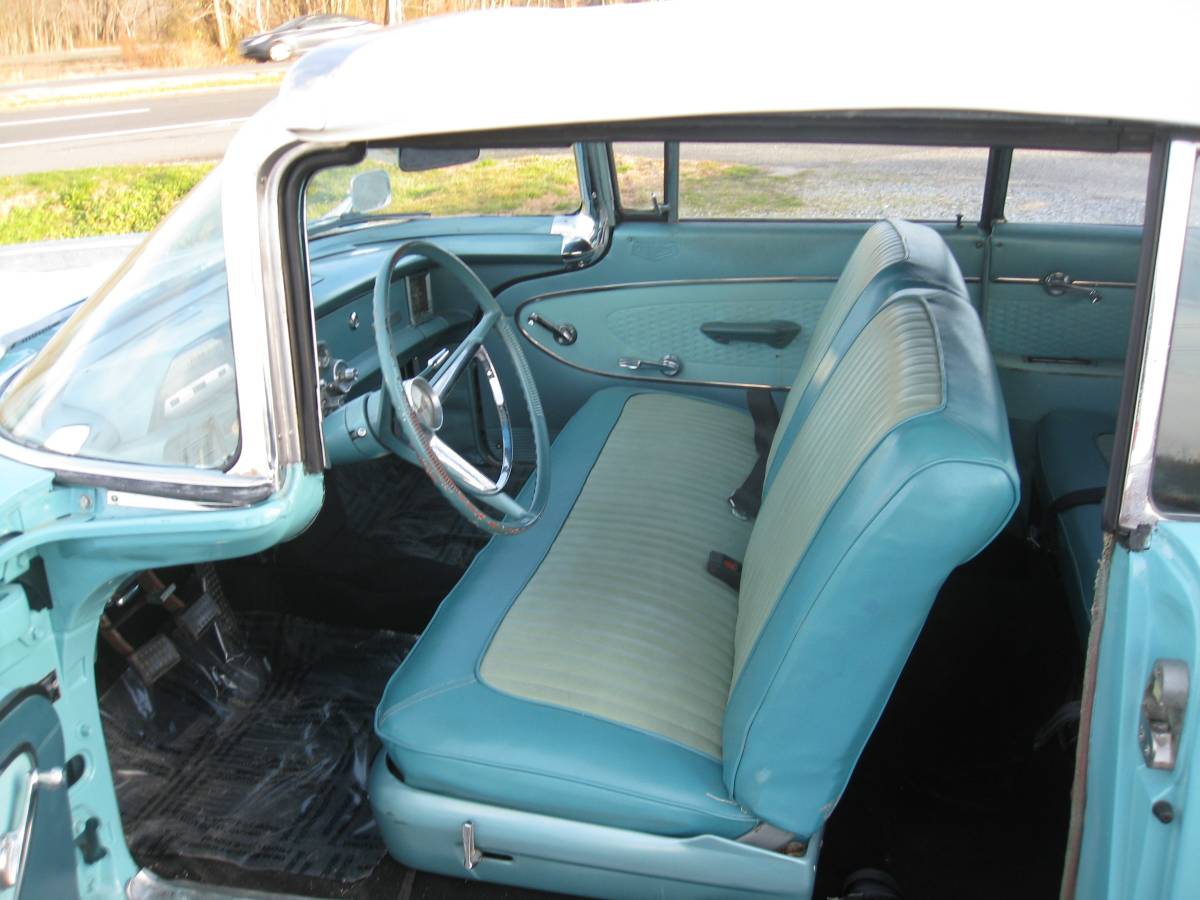 March 3, 2021 Update – we confirmed the seller of this “Classifind” deleted their listing, so we’re now able to call this one “SOLD!” While this one got away, please reach out either by email or call Rudy directly if you’d like to be informed when we come across something similar.

February 14, 2021 Update – After allowing their original Craigslist ad to expire for several weeks, we came across a fresh listing for this rare 1960 Mercury Monterey convertible we first featured at the beginning of 2021.  The pictures, brief description, and price all remain the same.

February 2, 2021 Update – We just confirmed the listing for this “Classifind” expired, so with no replacement found we’re assuming this ride “Sold?” for now.

Many convertible designs over the years relied on collapsible clear plastic rear windows incorporated into the top design.  While this most often was done for engineering reasons, in the 1959-1960 Mercury Monterey convertibles, a clear plastic rear window mimicked the lines of the compound curved rear window of its hardtop models.  The late 1950s recession combined with brand confusion between Mercury and Edsel made these care very rare sites even when new.  This 1960 Monterey Convertible currently listed here on Craigslist in Frankford, Delaware is the first we’ve come across since starting this website. Featuring a freshly rebuilt engine and clutch mated to its three-speed manual transmission, the current caretaker has their Monterey listed for $24,500.  Comparing this price against the Hagerty Insurance Online Valuation Tool confirms this seller has their Mercury priced between the #2 “Excellent” estimate of $20,500 and the #1 “Concours” appraisal of $31,800.  If you are serious about becoming the next caretaker of this classic, you can start the conversation by calling Gary at (302) 732-6404. When you connect, please help spread the word about GuysWithRides.com and mention you saw his Merc featured on our website.

For 1959, the Mercury Monterey (and Montclair) grew in size, adopting a 126-inch wheelbase. The Mercury-derived Edsel Corsair and Edsel Citation were discontinued and for the first time since 1940, Mercury used its own chassis and body.

Mercury offered the Monterey in five body styles, including two- and four-door pillared sedans, a two-door convertible, and two-door and four-door Cruiser hardtops. Taking its name from the discontinued Turnpike Cruiser, designers gave the Cruiser a large compound-curved rear window on both the hardtop and convertible models. To improve interior access and driver visibility, the forward-swept A-pillar was made nearly vertical.

Initially designed for potential production as both an Edsel and a Mercury, the Monterey inherited several design features from the division. The dashboard grouped all instruments and controls centrally around the steering wheel, with thermostat-style climate control (air conditioning was optional), a power driver seat (with memory position), and a pre-set speed warning (a precursor to cruise control) offered as options. The “Big M” badging was replaced by lettered Mercury badging across the hood; a scripted “Mercury” badge was added to the interior.

Serving as the base-trim Mercury sedan, the Monterey received a 210 hp 312 cubic-inch V8 as the base engine combined with a standard column-shifted three-speed manual.

For 1960, the Monterey underwent a facelift; along with visually reducing exterior trim (and tailfins), the update shifted its appearance closer in line to the newly introduced Mercury Comet compact sedan.

This interesting 1960 vintage Mercury extended commercial talks about the durability of their car line and features a number body styles:

This vintage of Mercury is a much more stylish and harder-to-come-by alternative to Fords of the period. Good luck with the purchase!