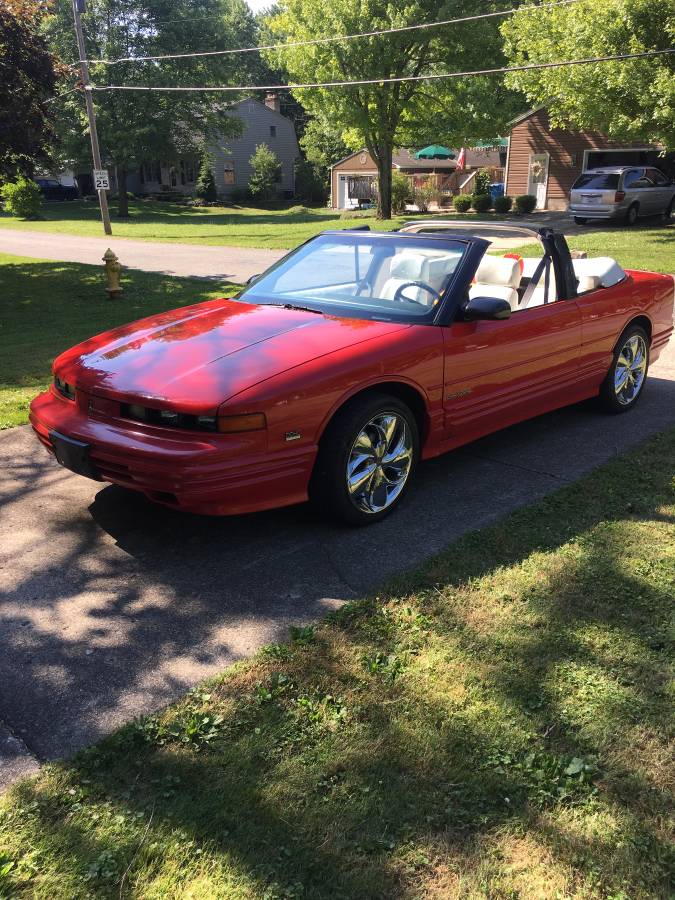 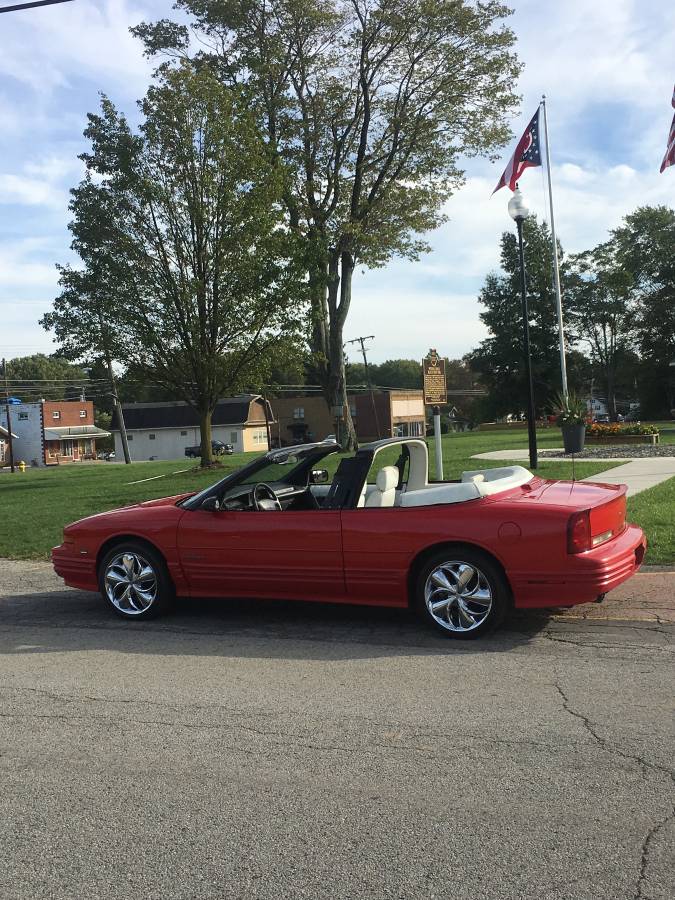 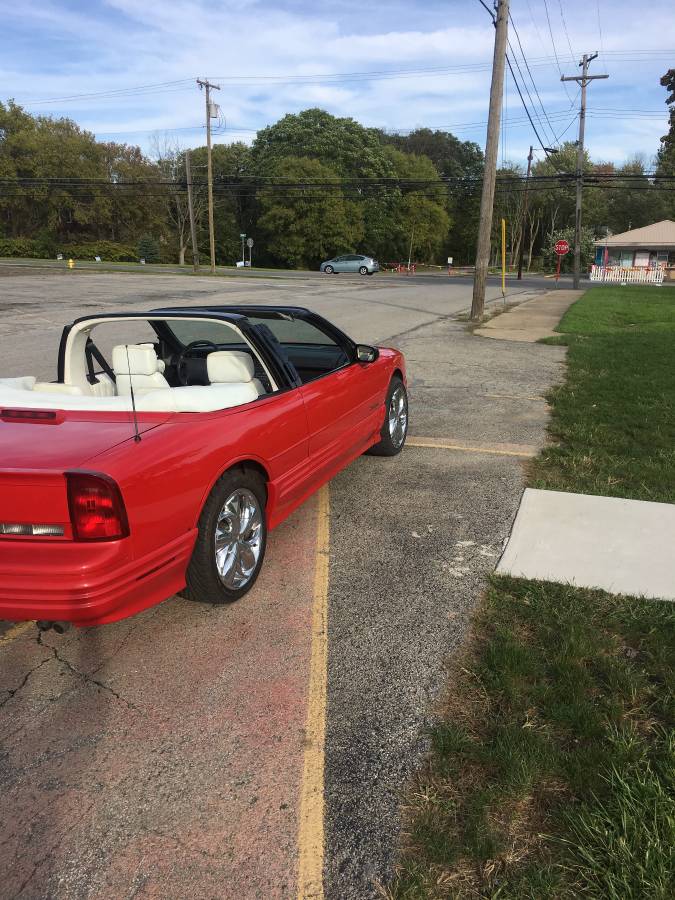 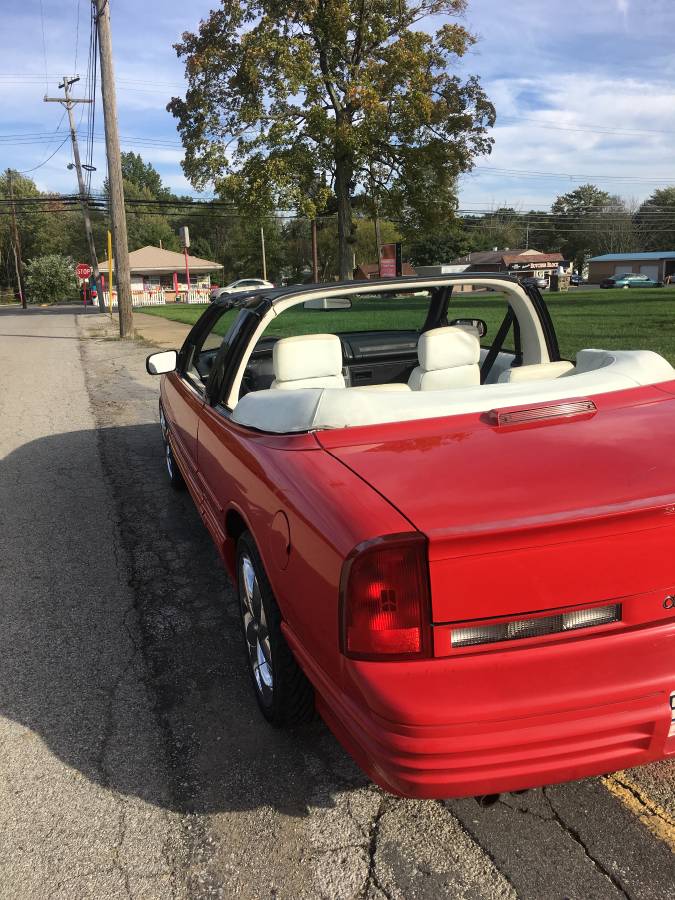 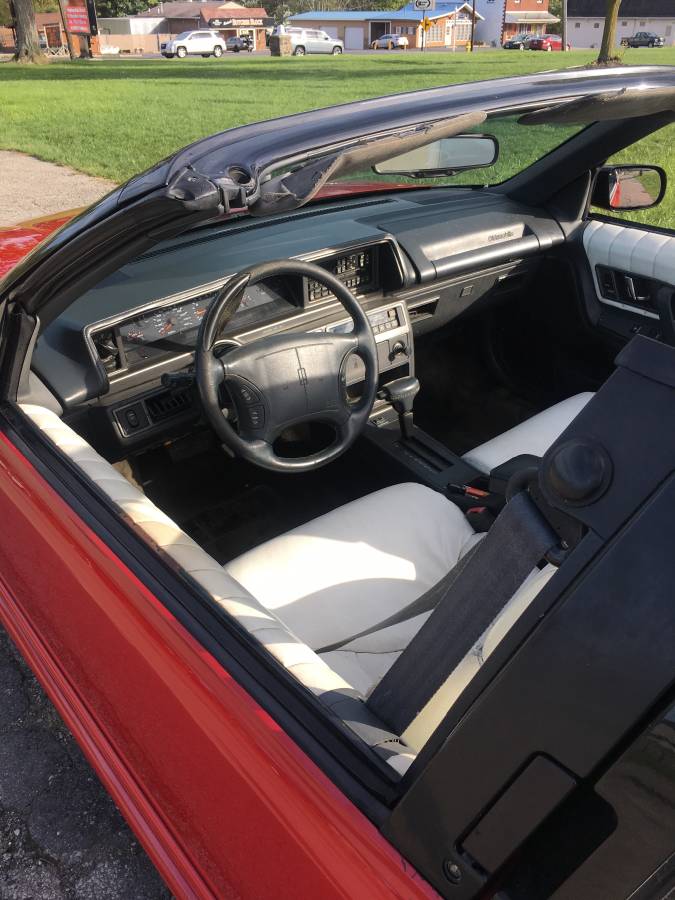 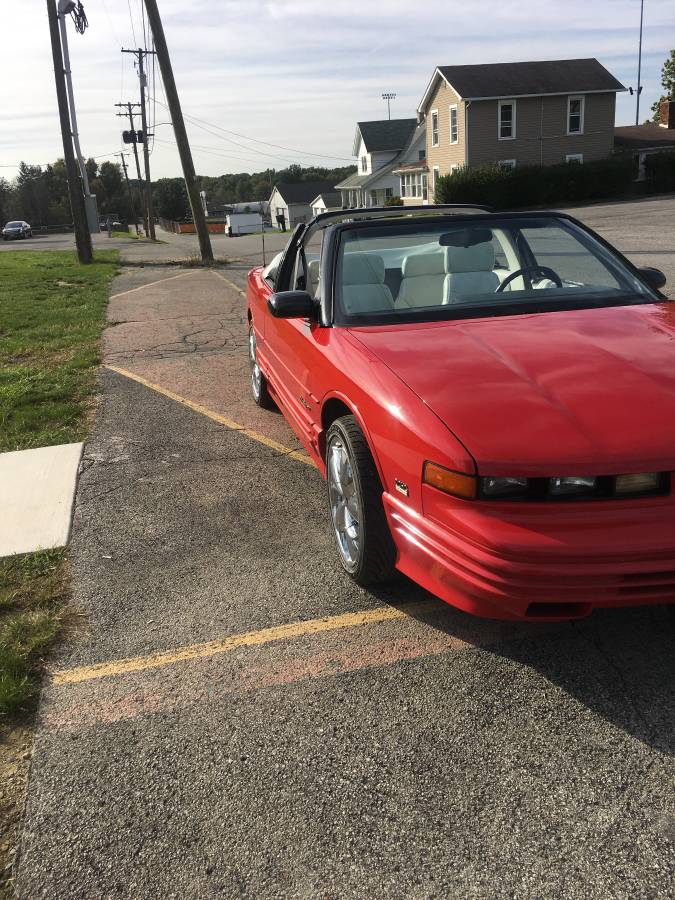 March 10, 2021 Update – we confirmed the seller of this “Classifind” deleted their listing, so we’re now able to call this one “SOLD!” While this one got away, please reach out either by email or call Rudy directly if you’d like to be informed when we come across something similar.

By the early 1990s, four-seat convertibles made a huge comeback with mostly European offerings.  Still desperately trying to find themselves and capture some of the Chrysler LeBaron convertible sales, Oldsmobile offered a comfortable drop-top for four that also provided decent luggage space in the Cutlass Supreme convertible. such as this red over white leather example originally listed in February 2021 on Craigslist in Mineral Ridge, Ohio (Youngstown) with an asking price of $4,500.   While Hagerty Insurance fails to provide values for these cars yet, the NADA Guides Online Valuation Tool confirms this private seller has his Cutlass priced $700 above this guide’s current “Low”, “Average”, and “High” retail value range of $1,400, $2,675, and $3,800, respectively.

Oldsmobile launched the fifth generation front-wheel-drive Cutlass Supreme based on their parent company’s new GM10 platform (W-body) mid-year during the 1988 production run while the final year of the rear-wheel-drive Cutlass Supreme coupes remained in production. The 1988 and 1989 models were aerodynamic two-door coupes that proved themselves to be a winner for NASCAR competition and they visited the victory circle thirteen times between 1989 and 1992. For 1990, Oldsmobile added a four-door notchback sedan and a two-door convertible to the line-up. Models included base (later called S), SL, and the sporty International Series.  International Series models could be equipped with unique features such as quad bucket seats with dual center consoles, a driver information system, and a heads-up display.  The entire line was restyled for 1992, with coupes and convertibles gaining distinctive “mini-quad” headlamps shared with the Pontiac Grand Prix coupe.  Not well remembered was the optional 3400 V6 the example featured here is equipped with.  This double overhead cam engine produced a respectable 210 horsepower and 215 foot-pounds of torque

As much as we love the color combination, the chrome aftermarket wheels may turn off some, but that’s an easy fix. This is a great-looking, RAD-era eligible convertible with comfortable seating for four adults that can also hold a respectable amount of junk in the trunk.

Keep or change: what would you do with the wheels on this Cutlass convertible?  Comment below and let us know!