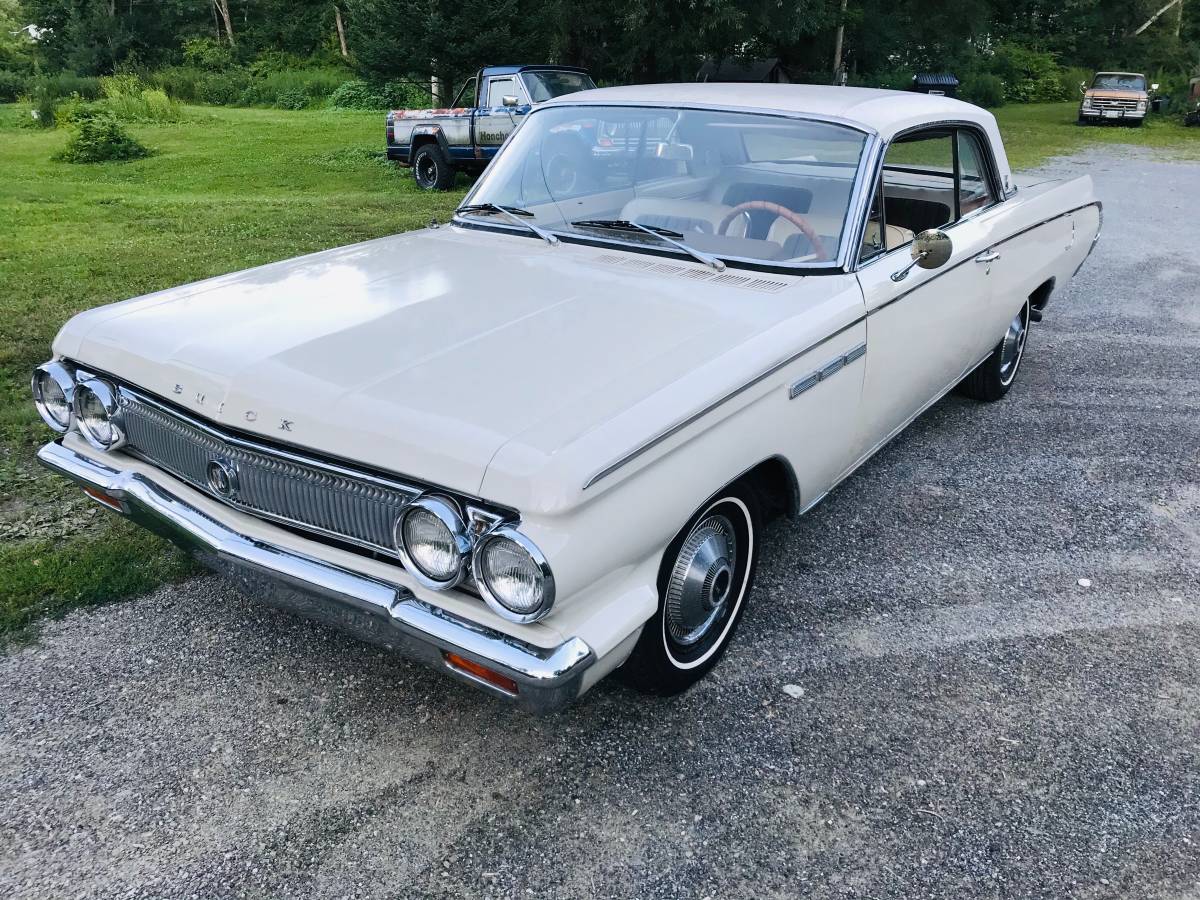 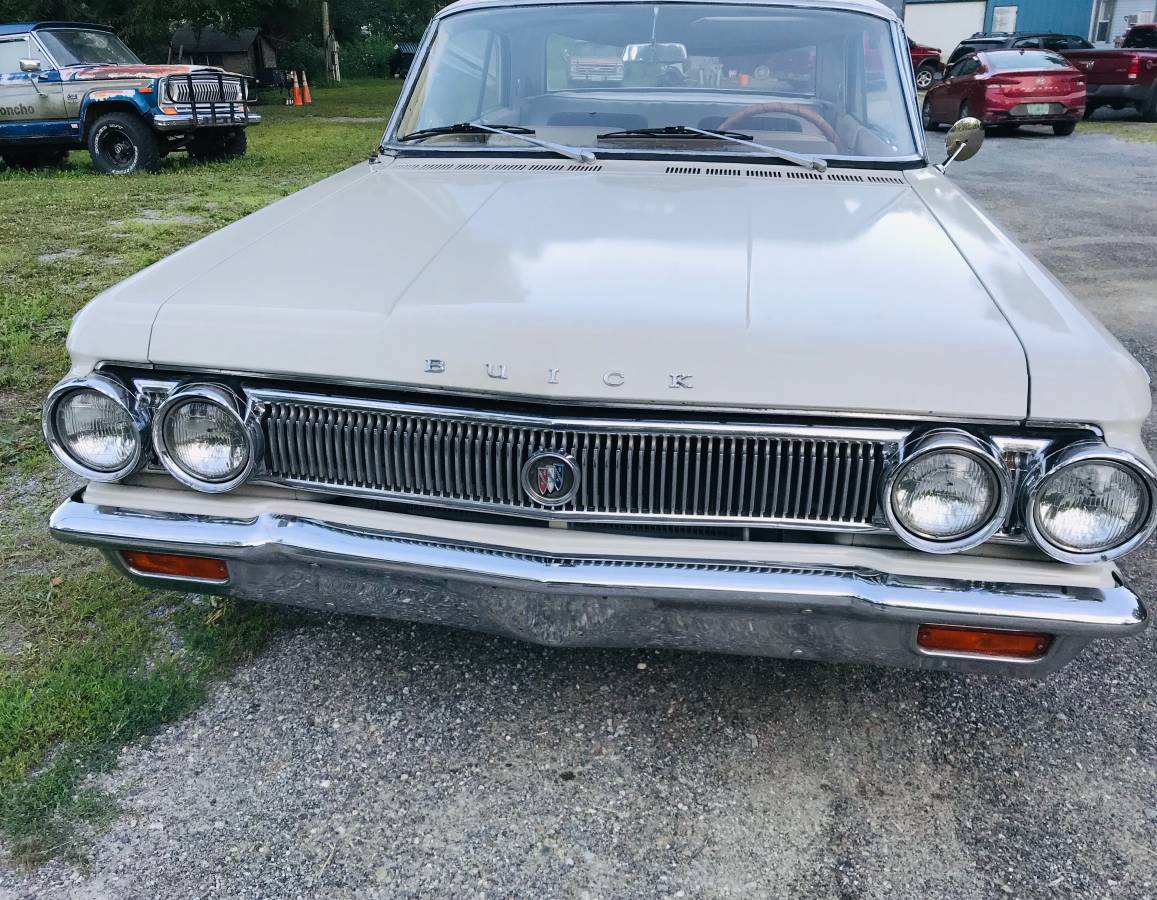 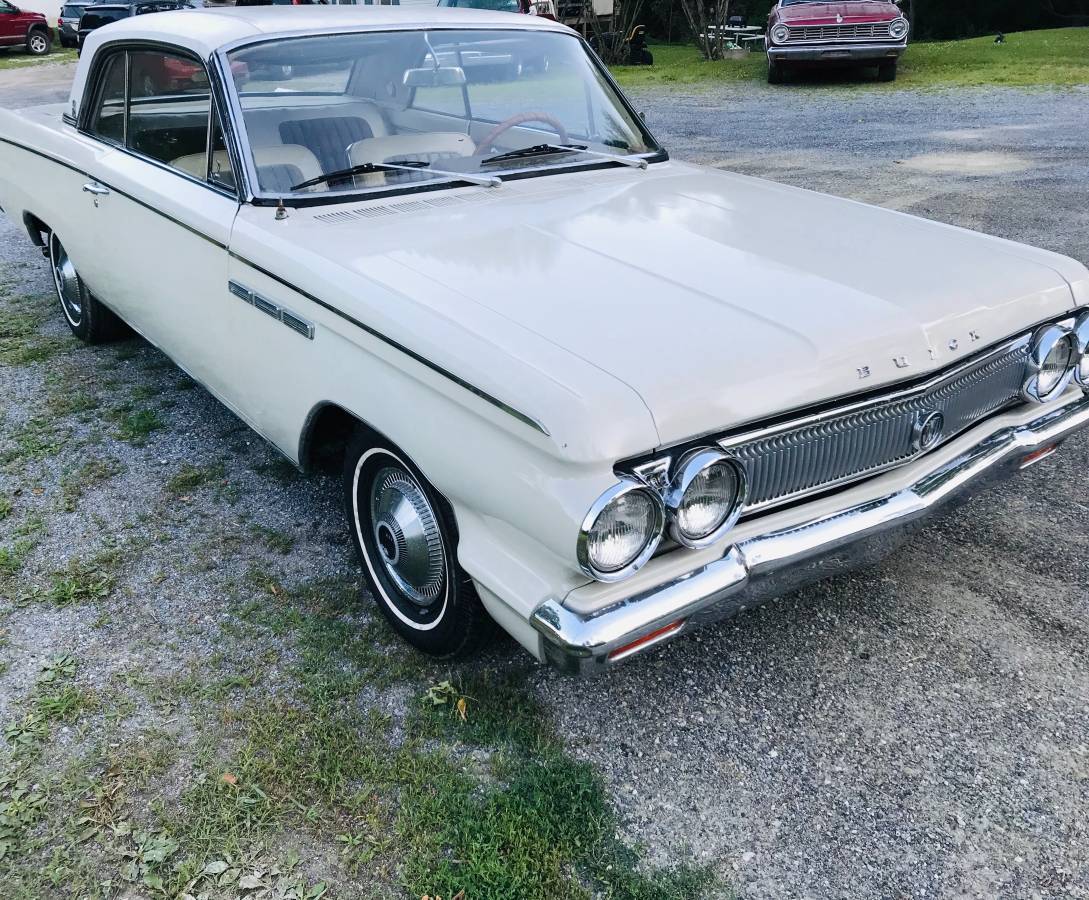 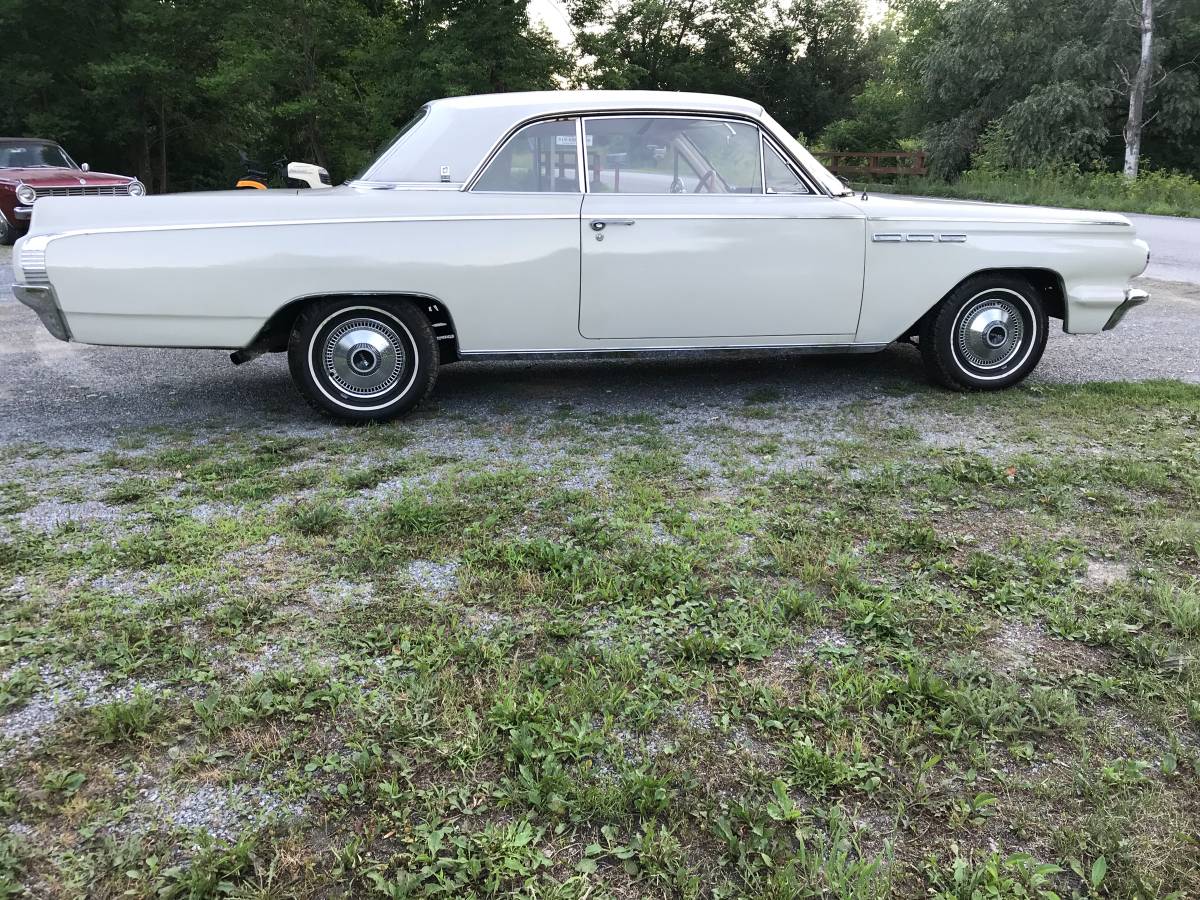 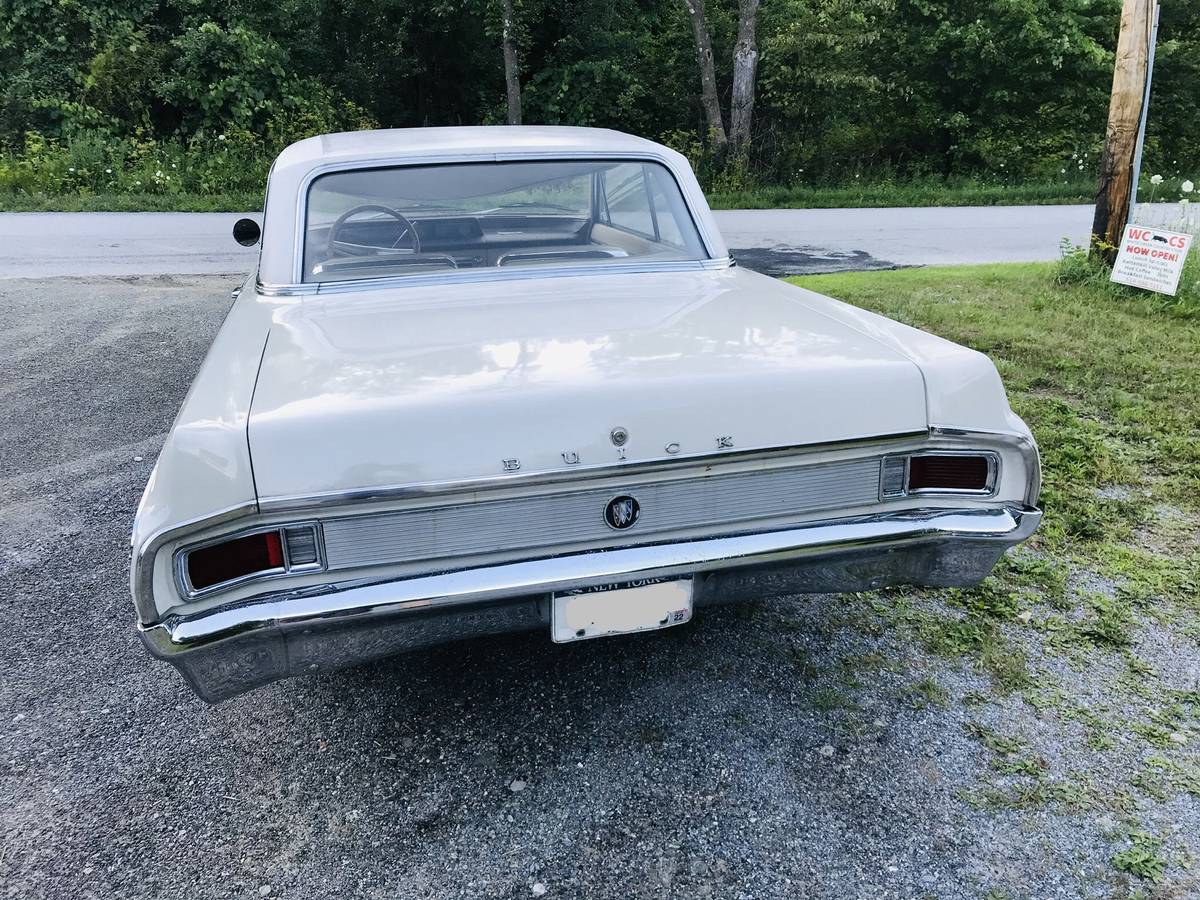 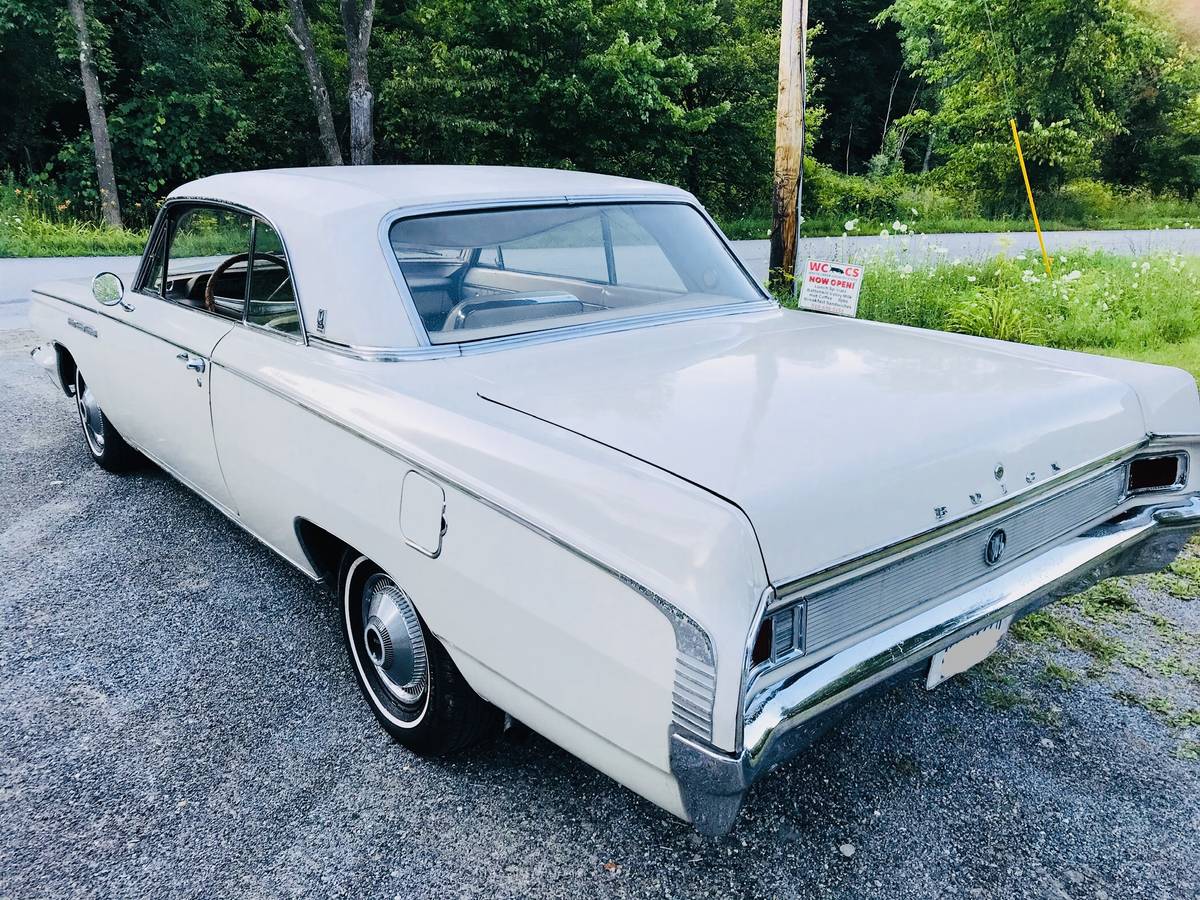 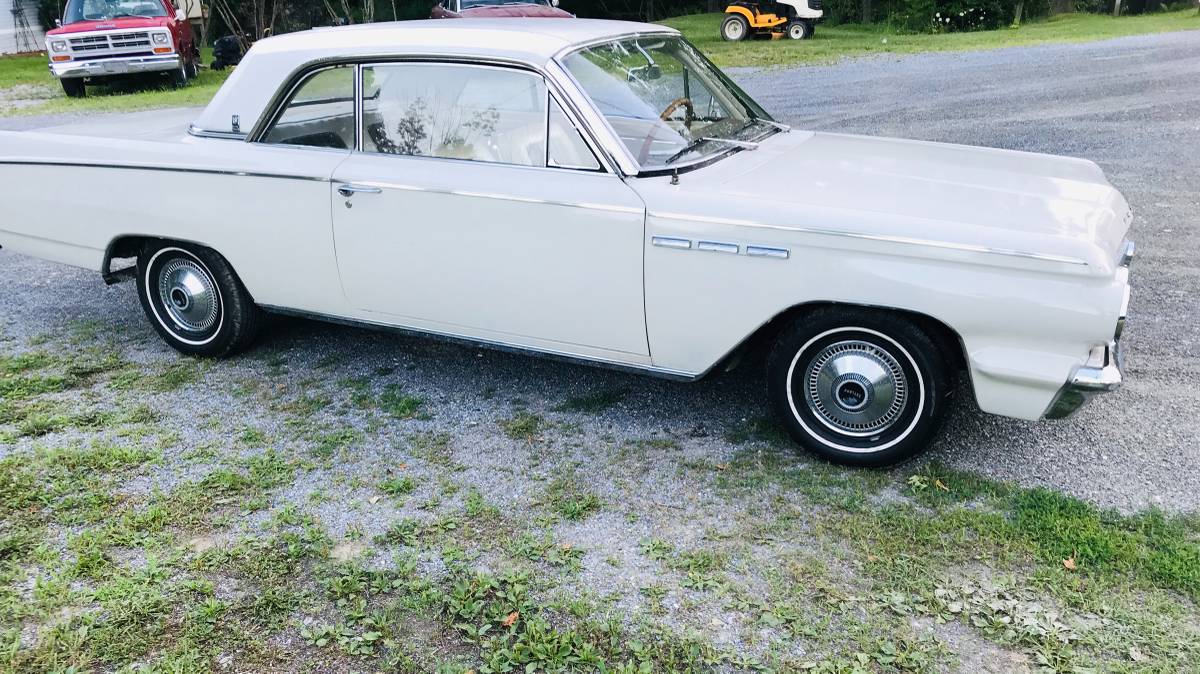 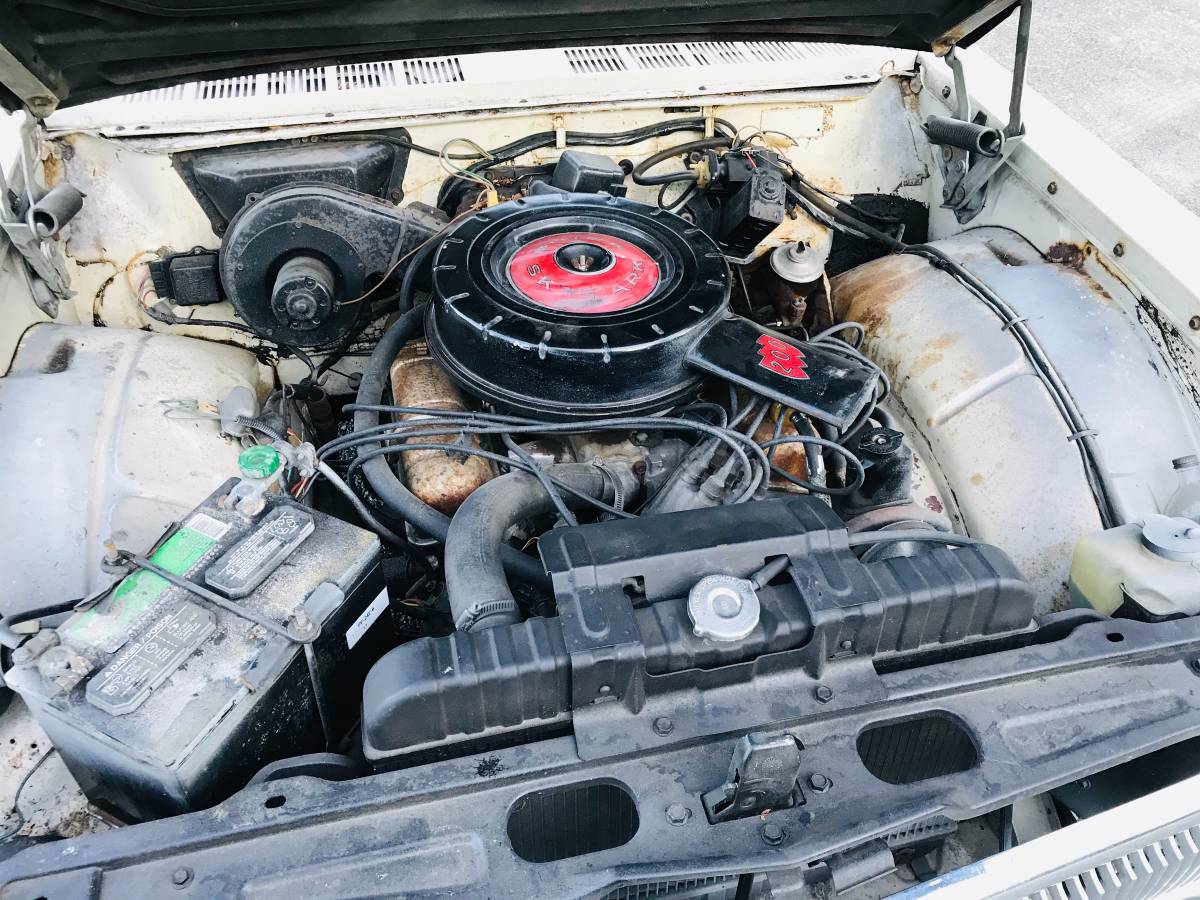 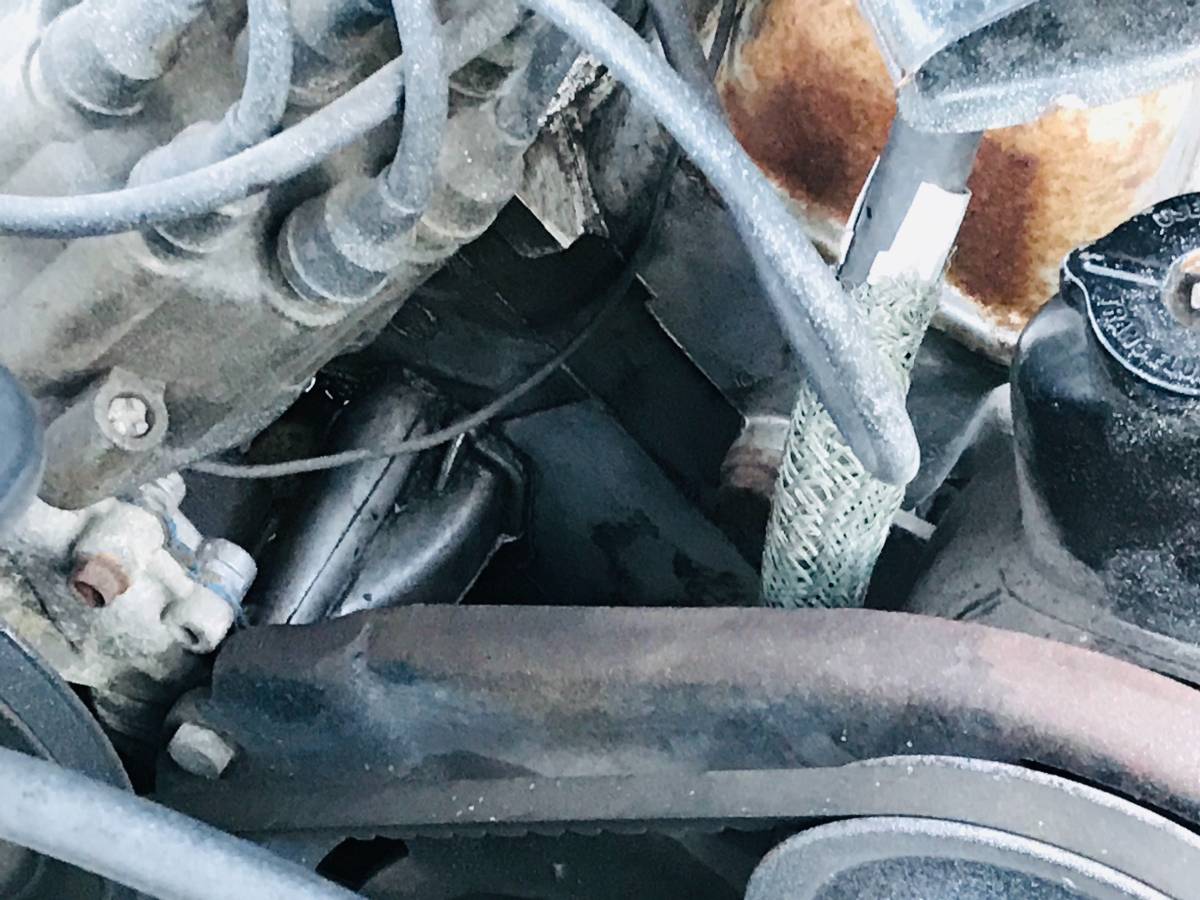 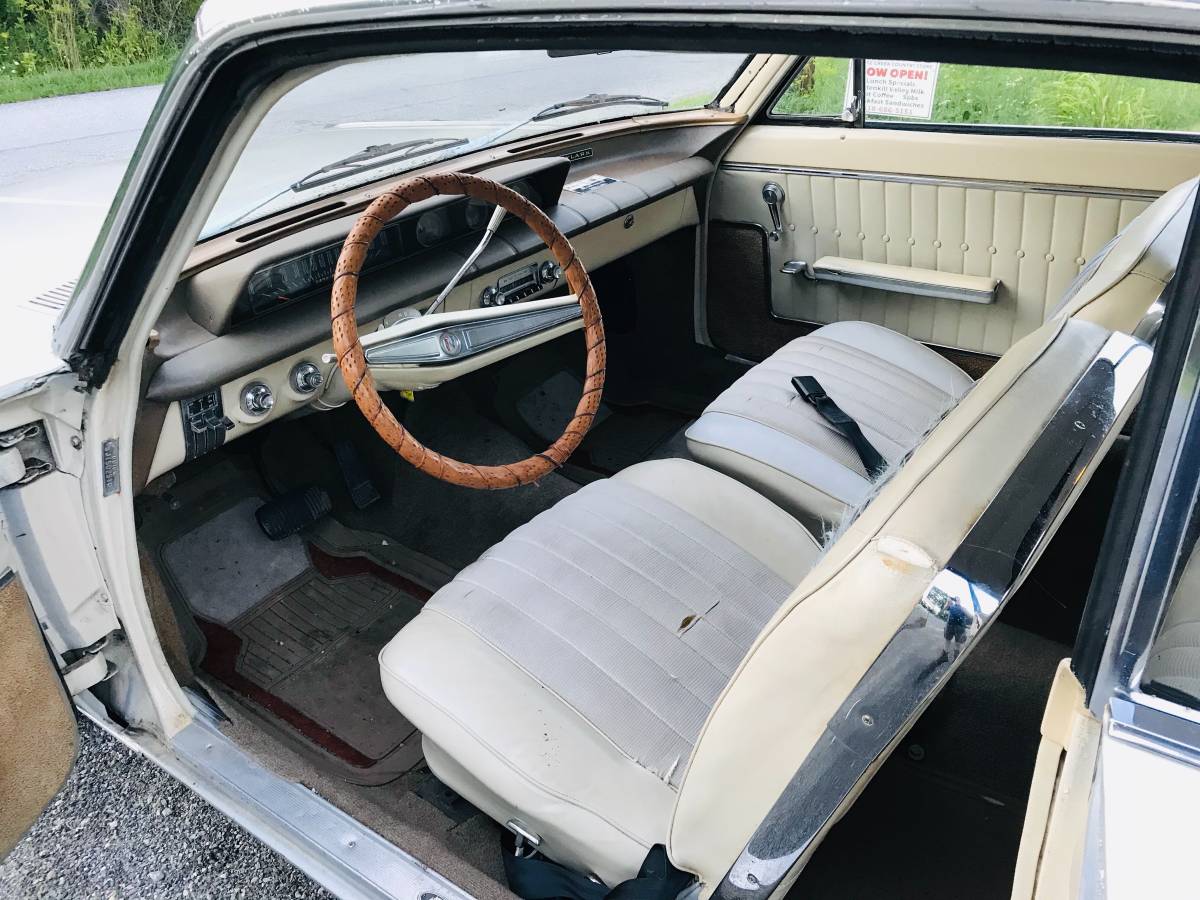 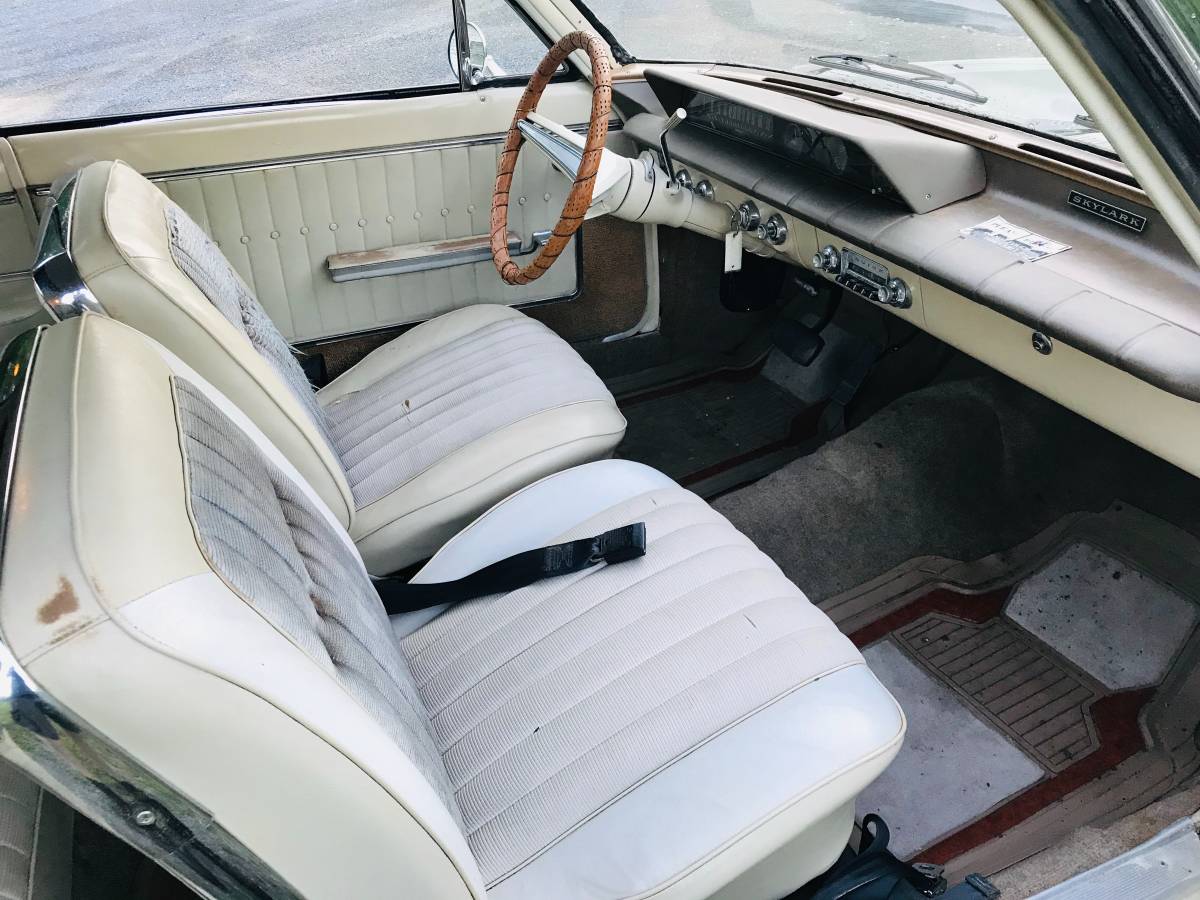 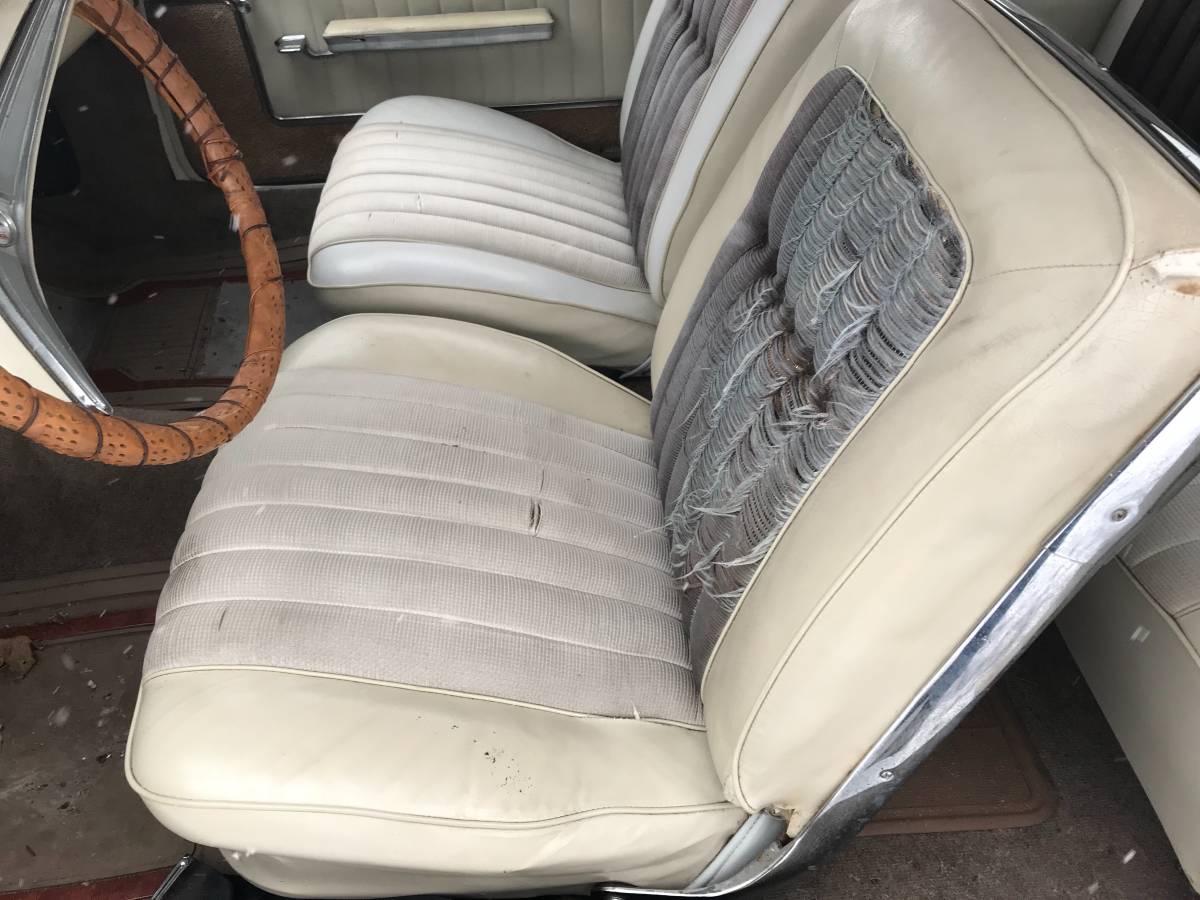 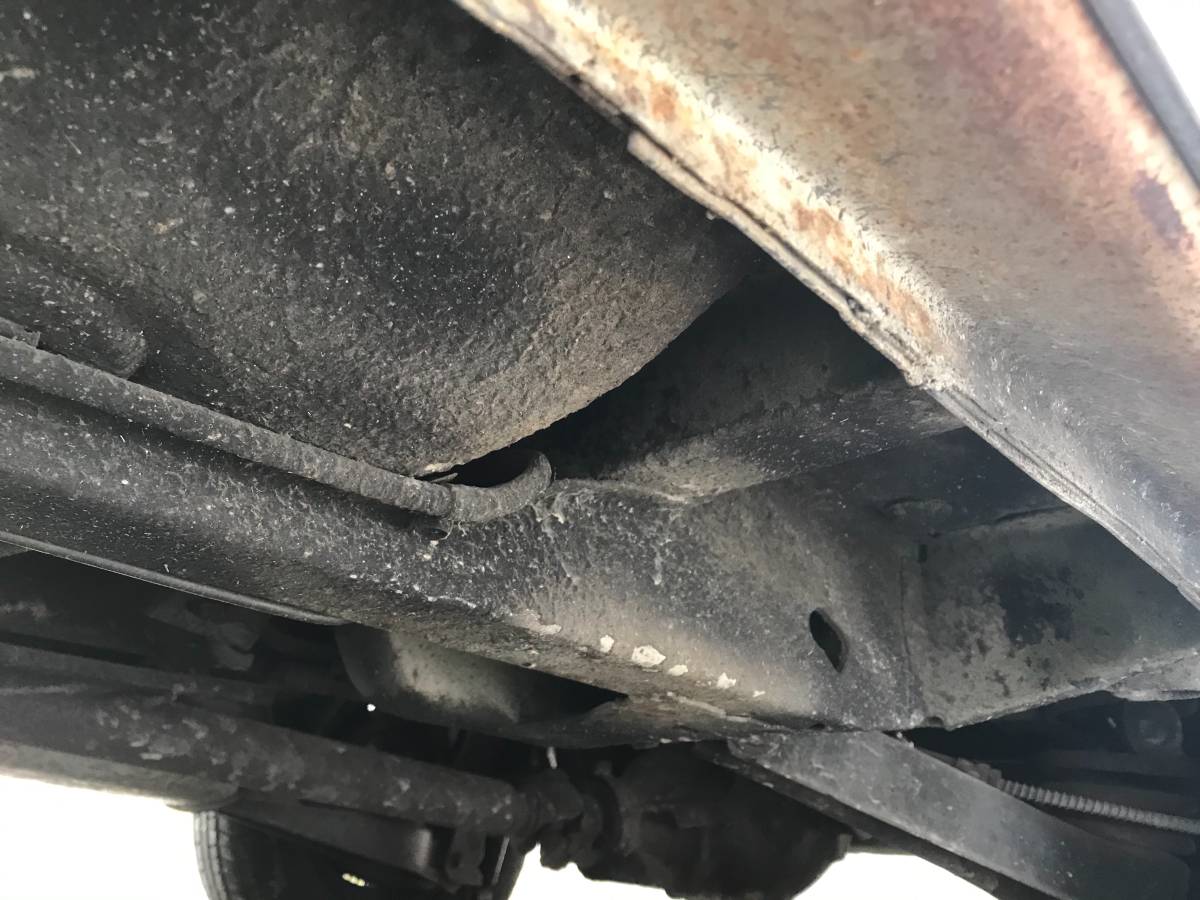 March 3, 2021 Update – Just one week after we initially featured this Buick, we confirmed the seller of this “Classifind” deleted their listing, so we’re now able to call this one “SOLD!” While this one got away, please reach out either by email or call Rudy directly if you’d like to be informed when we come across something similar.

One of our favorite often-overlooked classic cars is General Motor’s trio of Y-Body compact cars produced from 1961 through 1963.  The top-of-the-line Buick version of these cars was the Skylark, a driver-quality example of which is originally listed in February 2021 on Craigslist in Eagle Bridge, New York (Albany) equipped with the desirable aluminum 215 cubic inch V8 and offered at $6,000 currently. Comparing that price against the Hagerty Insurance Online Valuation Tool confirms the private seller has their Skylark priced between this guide’s #4 “Fair” (Daily Driver) estimate of $3,500 and its #3 “Good” appraisal of $7,600.  Similarly, the  Collector Car Market Review Online Tool reveals the asking price falls between this guide’s #4 “Fair” estimate of $3,100 and its #3 “Good” appraisal of $6,875.

While Chevrolet launched its innovative Corvair as its compact car market entry in 1960, for 1961 GM provided its Buick, Pontiac, and Oldsmobile divisions with models (Skylark, Tempest, and F-85, respectively) based on the new Y-Body platform.  The Buick Special took styling cues from the Division’s full-size line-up that also heavily redesigned that year.  In the middle of the 1961 model year, Buick debuted the Buick Special Skylark. Effectively a luxury trim level, it was based on a two-door sedan (also referred to as a coupe). The new model featured unique Skylark emblems, taillight housings, lower-body side moldings, turbine wheel covers, and a vinyl-covered roof. 1961 Skylarks featured three Ventiports on each fender. A plush all-vinyl interior was standard, with bucket seats available as an option. Instrumentation was minimal, consisting of only a speedometer and fuel gauge.  The Skylark replaced the Special’s standard aluminum block 215 cubic inch two-barrel carburetor V8 with a higher compression ratio four-barrel version that boosted power from 155  to 185.

For the 1963 model year, Skylarks used the same chassis and wheelbase as the previous 1961 and 1962 models but adopted new sheet metal that featured boxier styling. The length was increased by five inches and the 215-cubic-inch V8 now generated 200 horsepower. The 1963 Skylark was available as a two-door convertible coupe or a two-door (pillarless) hardtop coupe.  Transmission choices were a “three on the tree” manual transmission, a floor-shifted Borg-Warner T-10 four-speed manual, or a two-speed automatic. The two-speed “Dual-Path Turbine Drive” automatic was a Buick design and shared no common parts with the Chevrolet Power-Glide transmission. Instrument panel padding and a cigarette lighter became standard.

The clean “mini-me” look of this Skylark hardtop is what first caught our eye.  The 215 cubic inch V8 in this car went on to become a well-used motor in Land Rover and other British-Leyland products after Buick sold the rights and tooling to produce the nicely-sized engine.  As solid as the exterior appears to be, at this price we would immediately have a skilled upholsterer redo the worn bench seat, and perhaps we would add a fresh carpet.  After that, we would enjoy cruising in this oft-forgotten classic.

Show or go: what would you do with this Skylark?  Comment below and let us know!