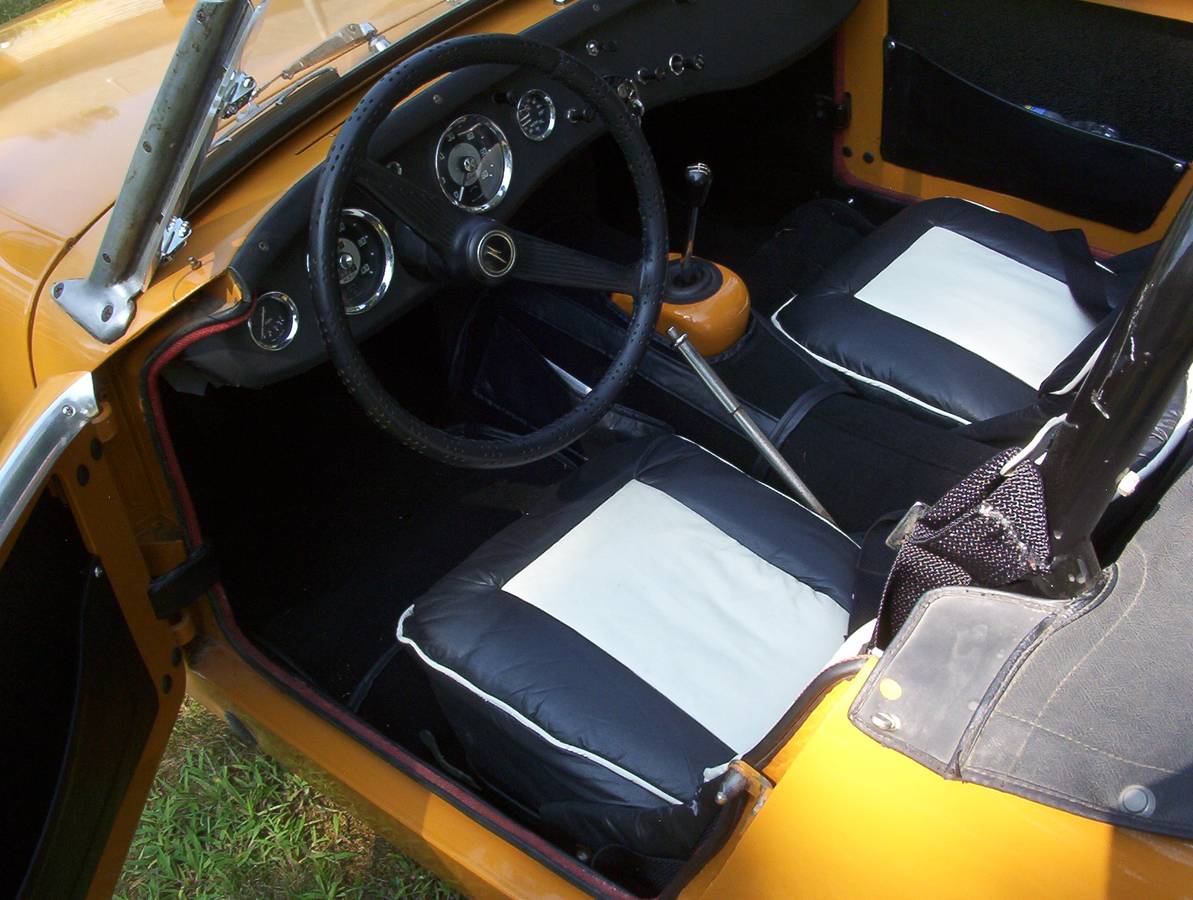 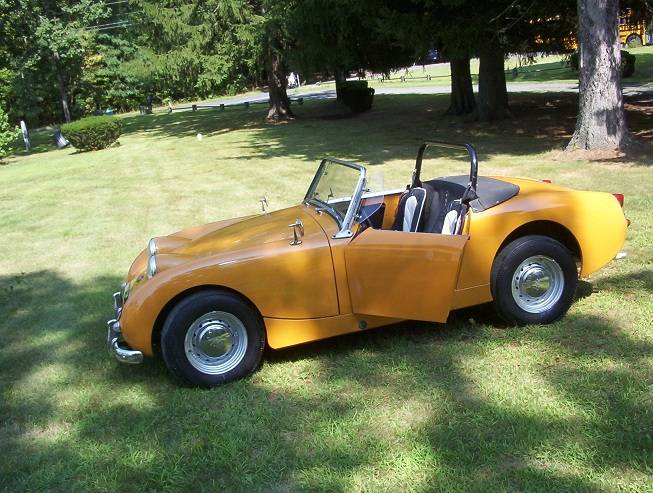 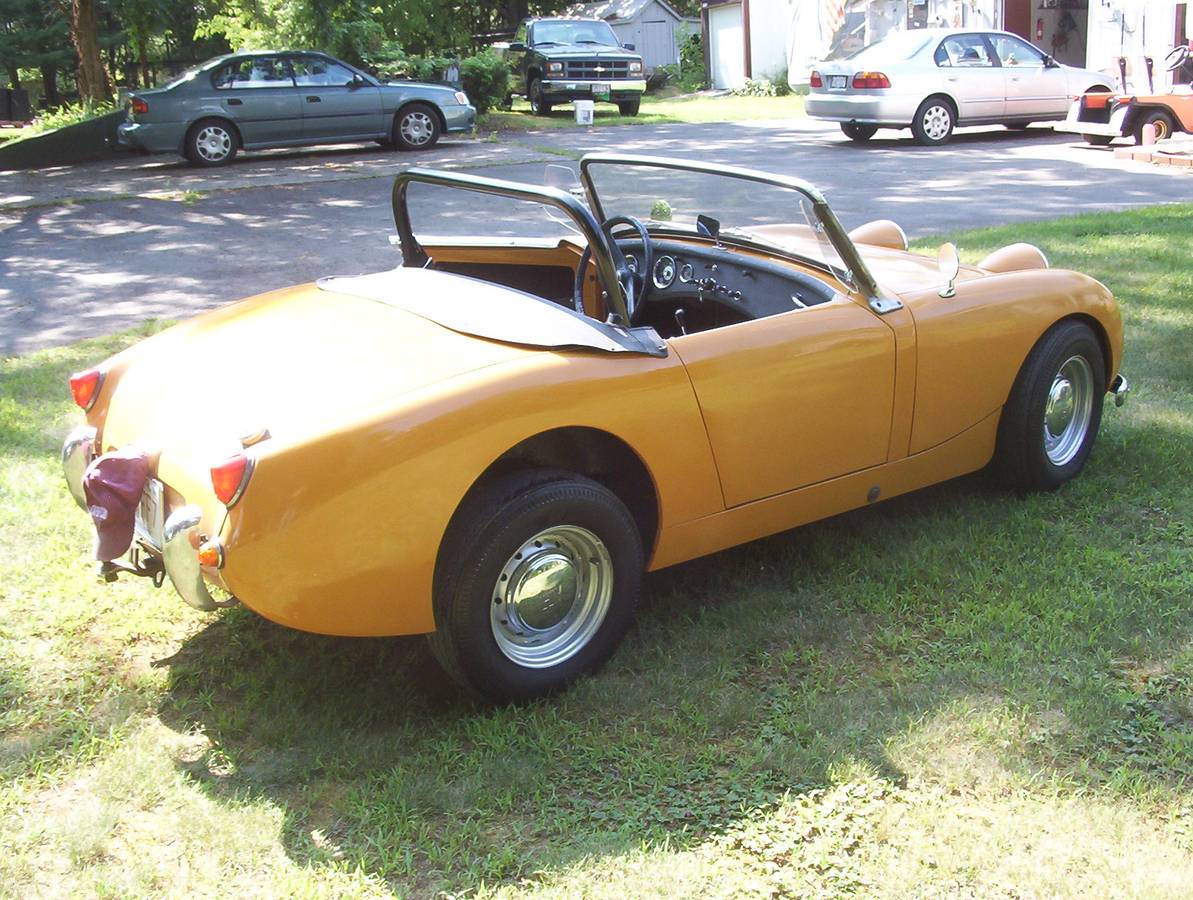 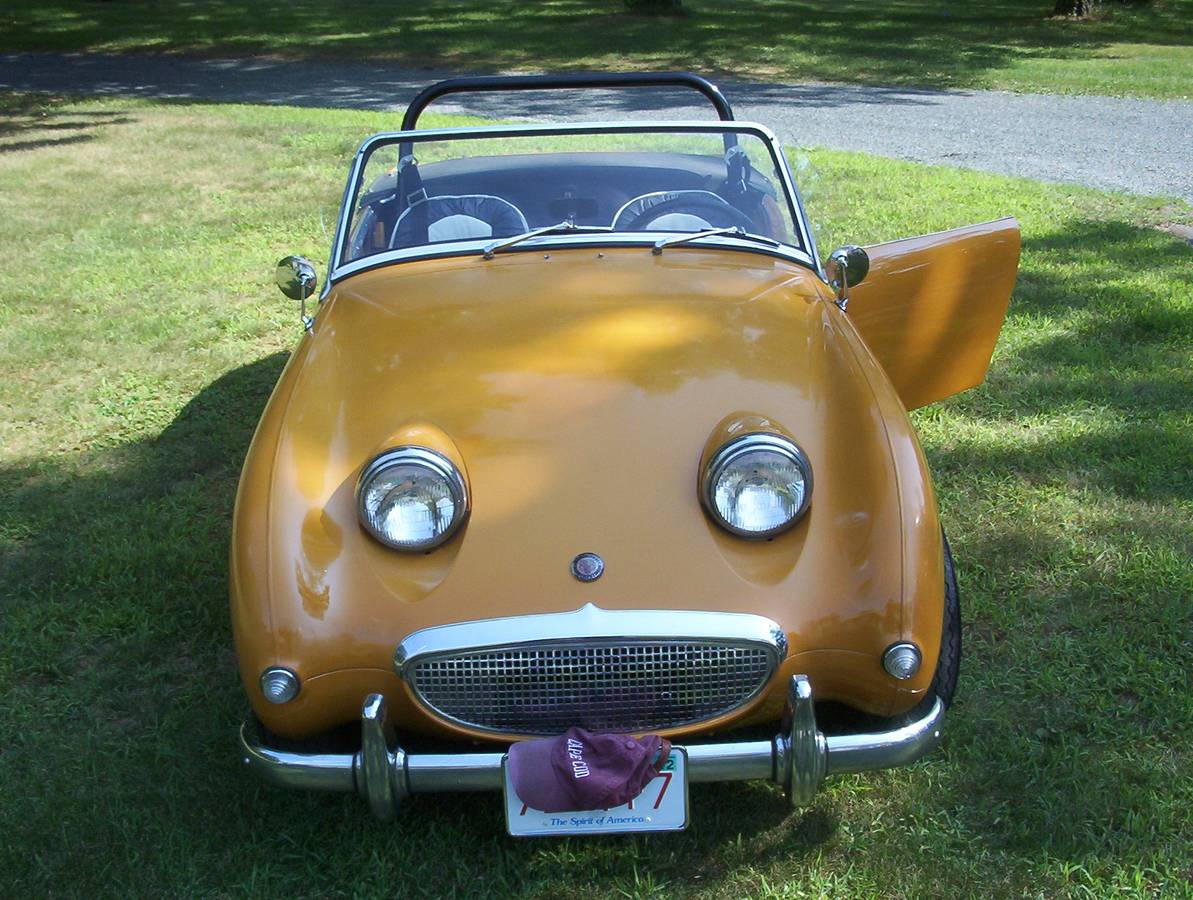 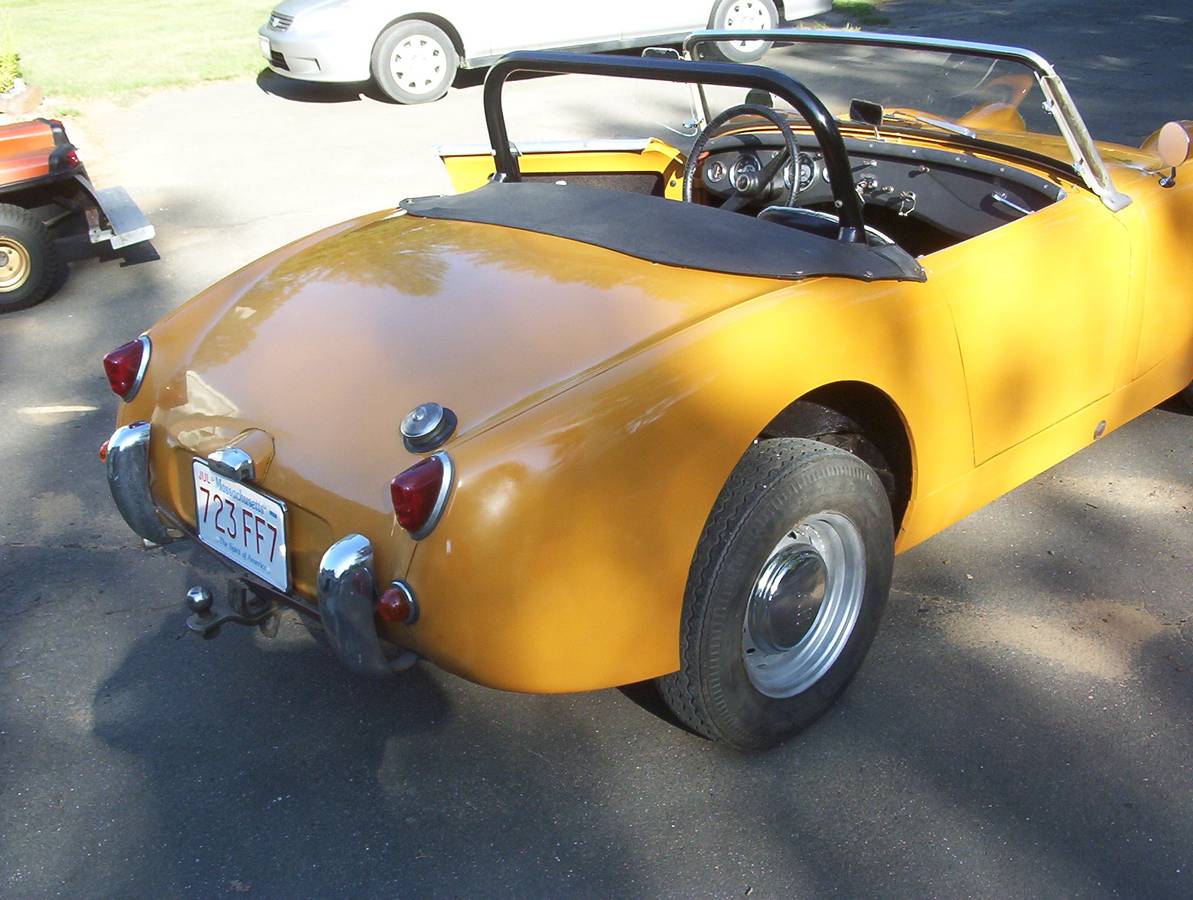 March 5, 2021 Update – we confirmed the seller of this Bugeye “Classifind” deleted their listing, so we’re now able to call this one “SOLD!” While this one got away, please reach out either by email or call Rudy directly if you’d like to be informed when we come across something similar.

The Sprite quickly became affectionately known as the “frogeye” in the UK and the “bugeye” in the US, because its headlights were prominently mounted on top of the bonnet, inboard of the front wings. The car’s designers had intended that the headlights could be retracted, with the lenses facing skyward when not in use; a similar arrangement was used many years later on the Porsche 928. However cost-cutting by BMC led to the flip-up mechanism being deleted, therefore the headlights were simply fixed in a permanently upright position, giving the car its most distinctive feature. This gave the car its appeal as a result of its much-loved cute appearance. The body was styled by Gerry Coker, with subsequent alterations by Les Ireland following Coker’s emigration to the US in 1957. The car’s distinctive frontal styling bore a strong resemblance to the defunct American 1951 Crosley Super Sport.

We found this vintage Sprite commercial on the Unique Cars and Parts YouTube Channel where they pitch the Sprite as a great second car:

Based on the seller’s description, an enthusiast with mechanical aptitude and a full set of tools can start to work on this Bugeye to fix the minor issues before spring hits.  The aftermarket rollbar is always a great addition.  Good luck with the purchase!

“For sale is a 1960 Austin Healey Sprite (Bugeye). Everything works and the vehicle is complete. The vehicle runs like new but needs to have a master cylinder installed. I have a new master cylinder. All parts are still available for this classic sports car at reasonable prices. The vehicle is easy to work on. Many spare parts are included … new original seat covers … new soft top … original soft top in good condition … tonneau cover. This vehicle is all original except for the rear axel. Many new parts have been installed … including new brakes and a new fuel tank. The $8500 price reflects the time of year for sale and master cylinder repair needed … prices go as high as $20,000 for this classic. This little sports car is super fun to drive and gets a lot of attention … neat vehicle to take to car shows at a bargain price.”

Show or go: what would you do with this Bugeye Sprite?  Comment below and let us know!