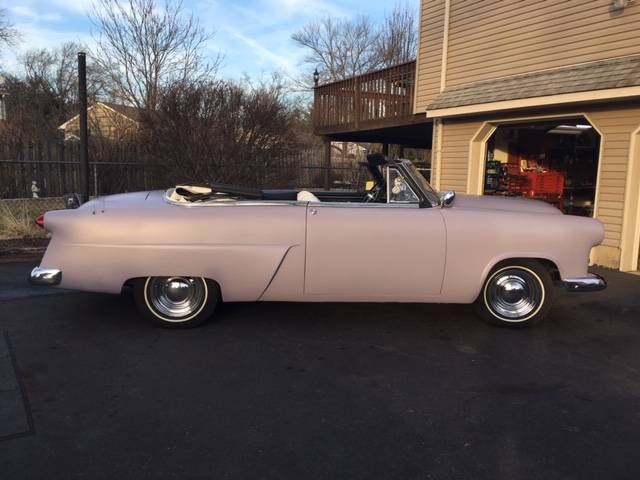 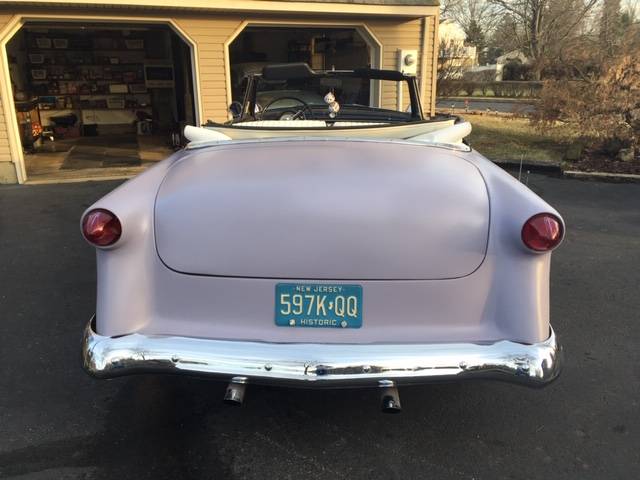 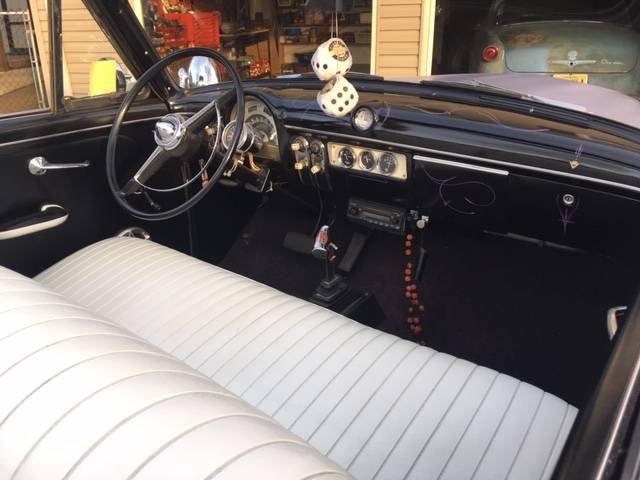 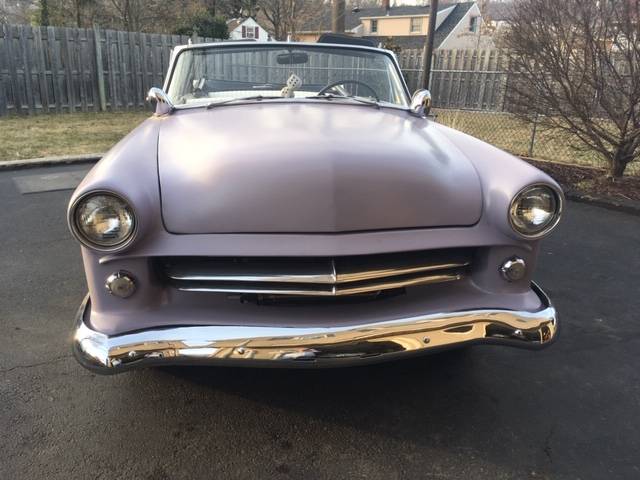 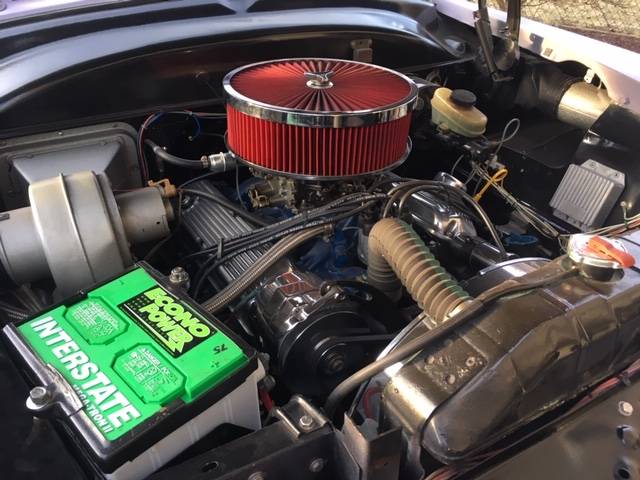 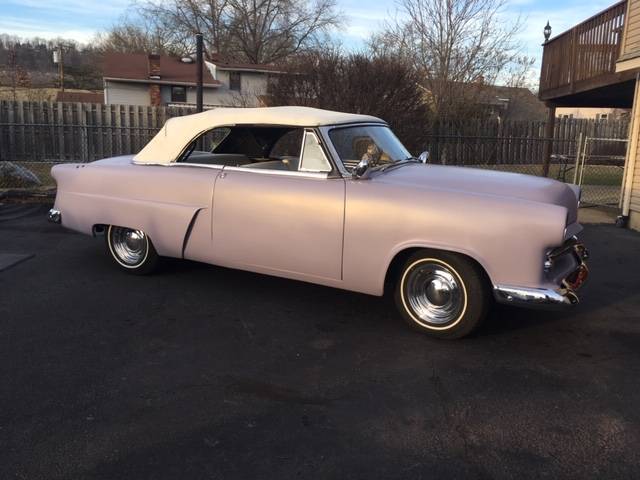 April 21, 2021 Update – while this Shoe Box Ford “Classifind” expired recently, given the seller’s past history we suspect may not actually be sold yet.  For now, we’re labeling this ride “Sold?” However, we will keep an eye out for an updated listing. In the interim, please reach out either by email or call Rudy directly if you’d like to be informed when we come across something similar.

March 2, 2021 Update – Our hunch in mid-February just came true.  With Spring now imminent we’re starting to see rides pop up for sale that we assumed hand long since sold.  This interesting denin-painted ’53 Ford Sunliner is back on the market by the same owner.  For the first time, however, they’ve lowered their asking price to $19,000.

February 17, 2021 Update – while this “Classifind” expired recently, given the seller’s past history we suspect may not actually be sold yet.  For now, we’re labeling this ride “Sold?” However, we will keep an eye out for updated listings.

January 15th, 2021 Update – While preparing for our latest Topless Thursday features, we came across a new listing for this ’53 Ford Sunliner we originally featured in March of 2020 that we assumed has long since sold.  The same pictures from last year combined with the same asking price confirm it did not, so we’ve updated the links and info as needed.

Normally we’re not fans of the Harley-Davidson style denim paints that have been the rage for the past several years, however, this 1953 fuchsia-colored Sunliner Full Custom Convertible last relisted in March 2021 for $19,000 (down from the original ask of $22,000) in Middlesex, New Jersey really caught our eye.   Researching the Hagerty Insurance Online Valuation Tool for a stock example confirms this private seller has his Sunliner priced between the #3 “Good” appraisal of $24,500 and the #4 “Fair” (Daily Driver) estimate of $17,500. As a second data point, the Collector Car Market Review indicates the revised ask falls between this guide’s #4 “Fair” estimate of $13,500 and its #3 “Good” appraisal of $21,700 for a stock example.

After Ford’s Crestline model range received a major update in 1952 (most notably a revised front independent suspension and a wrap-around one-piece windshield), the following year was Ford’s 50th anniversary. The big news for 1953 was the availability of power-assisted brakes and steering, which had previously been only available on select Mercury and Lincoln models.  All 1953 Fords featured commemorative steering wheels marking the company’s 50th anniversary. Mechanical changes included a two-inch wider tread and a k-bar frame with five cross-members.  William Clay Ford paced the Indianapolis 500 in a Sunliner convertible.

The seller’s brief description only indicates the conversion to a more modern powertrain, so you’ll need to review this Sunliner in person to get all of the specifics of the build as well as the quality of the workmanship.  We like the color combination and the overall 1950’s custom vibe this For emanates.