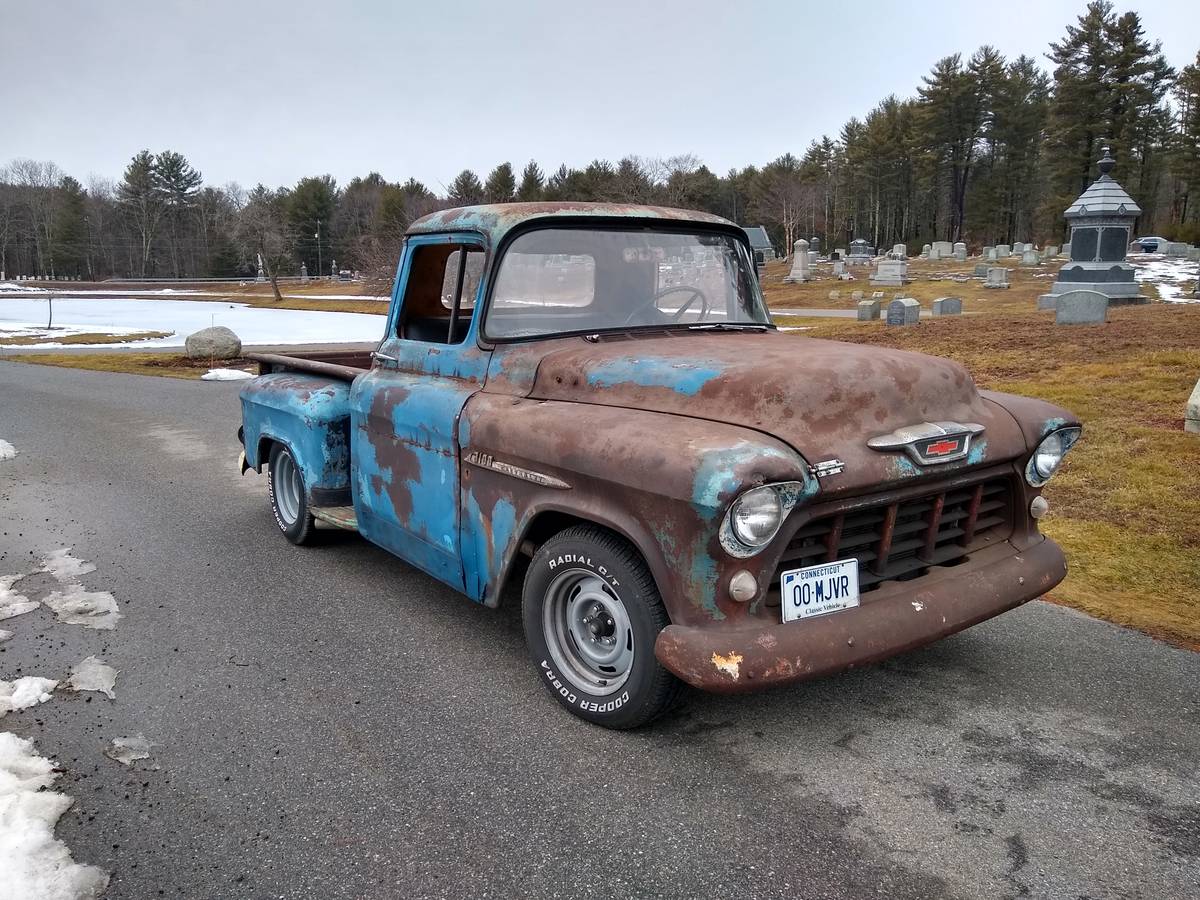 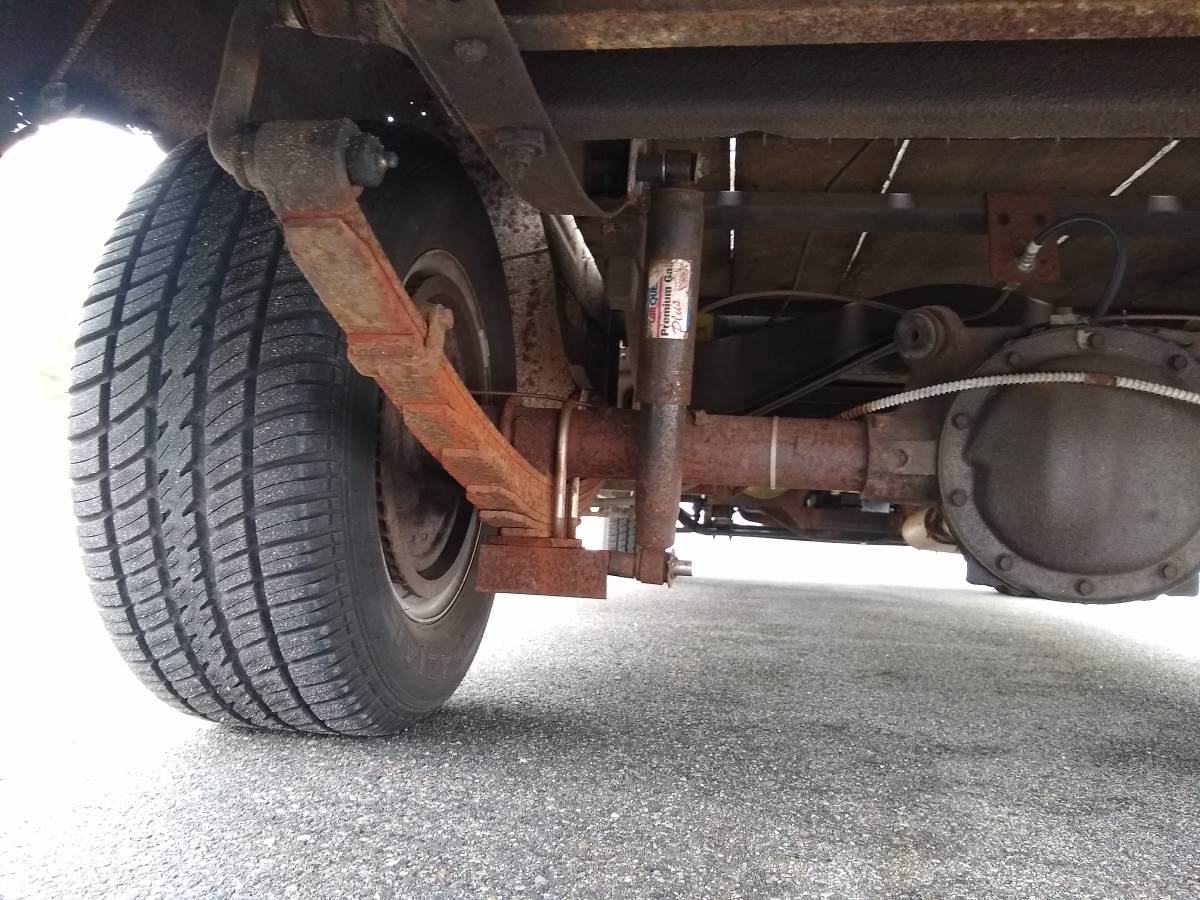 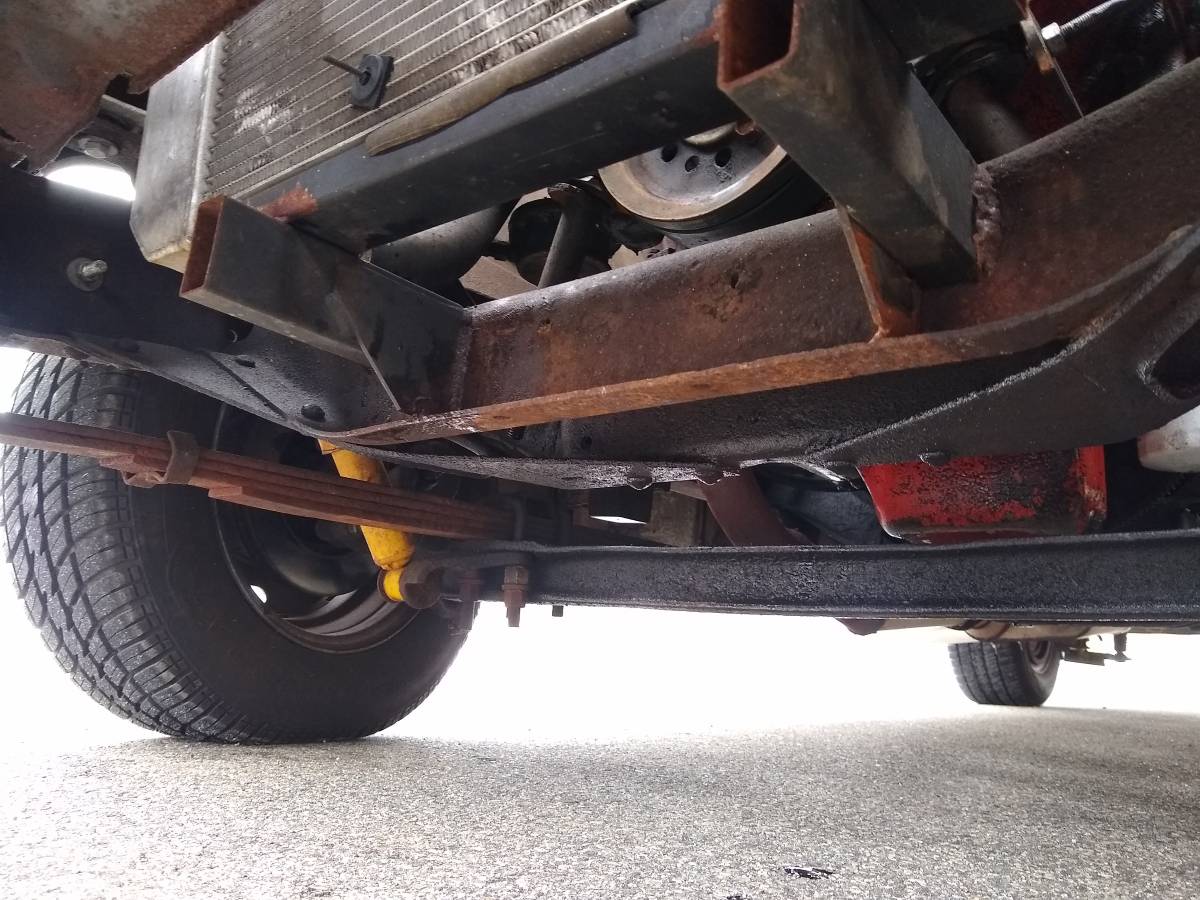 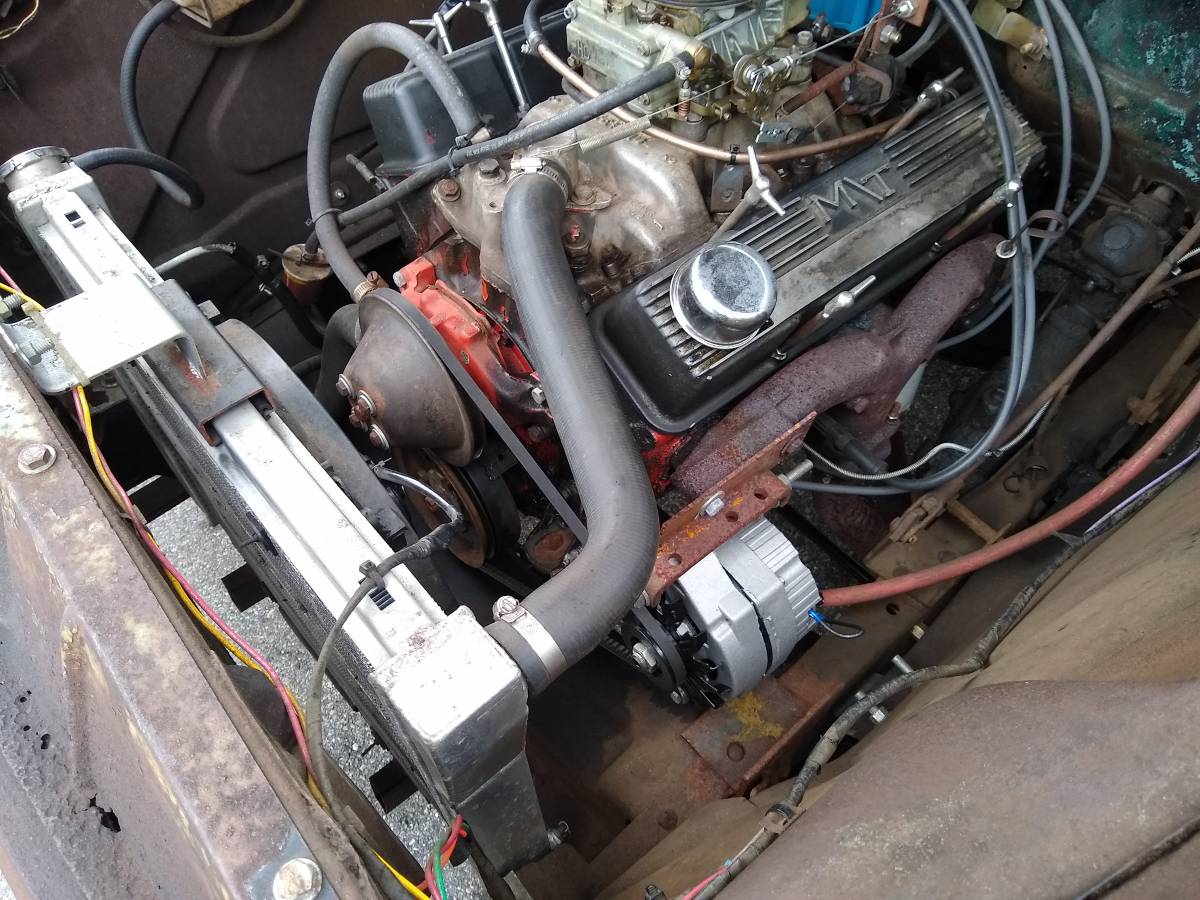 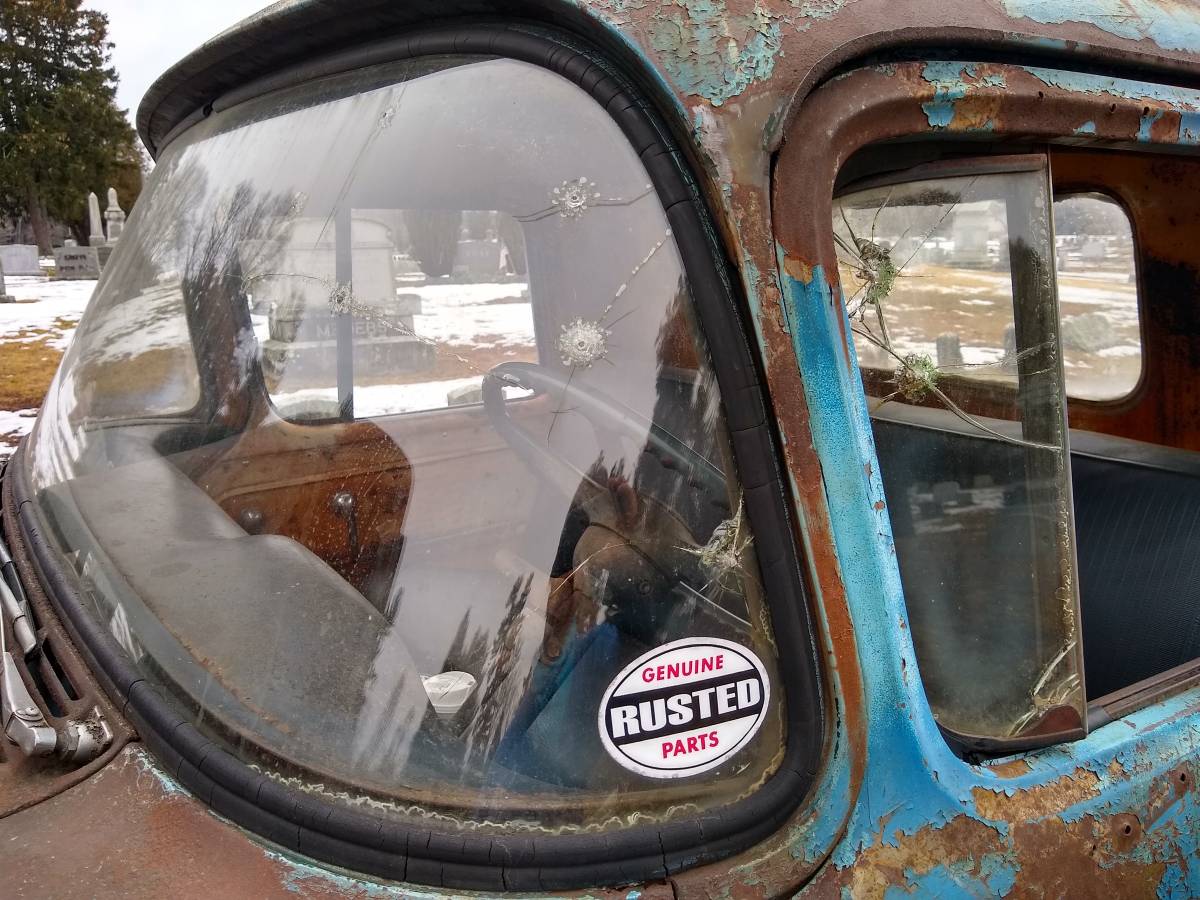 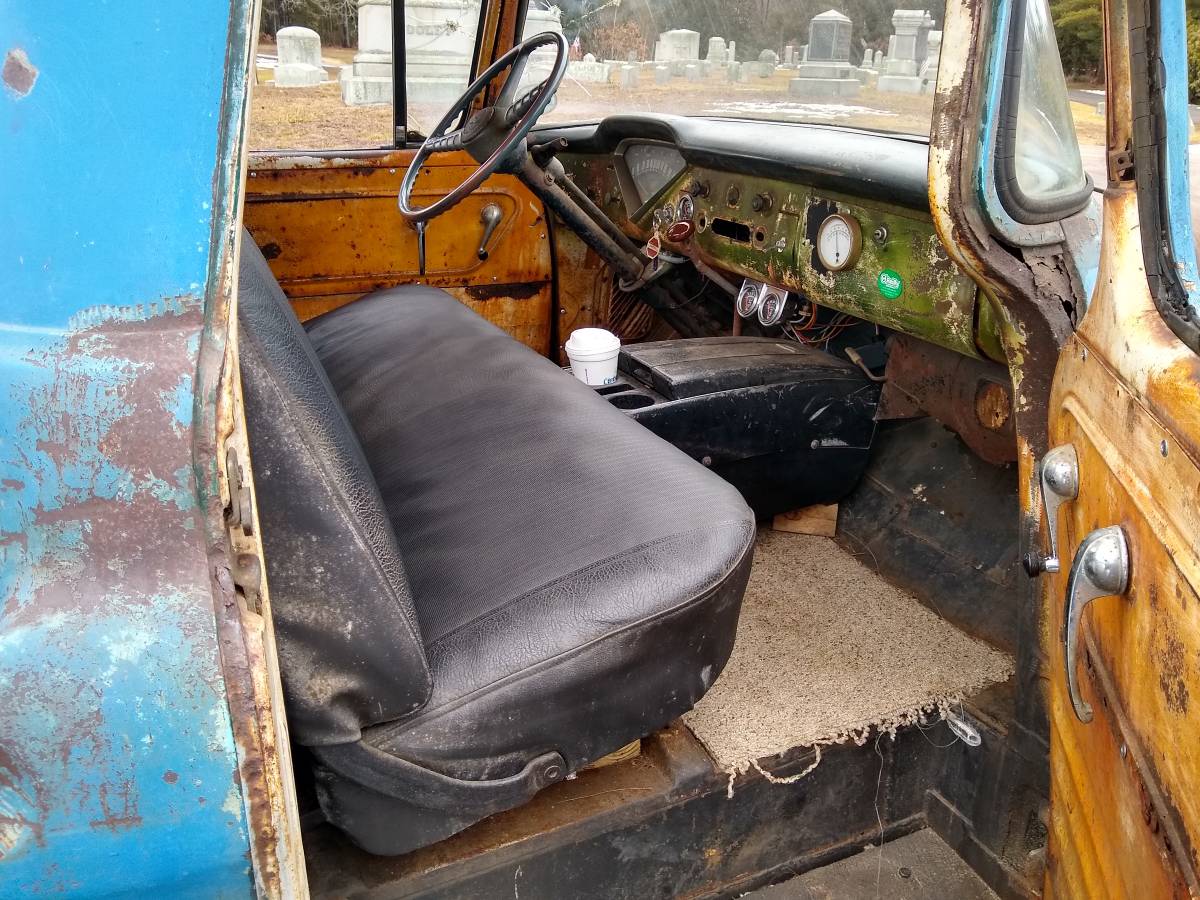 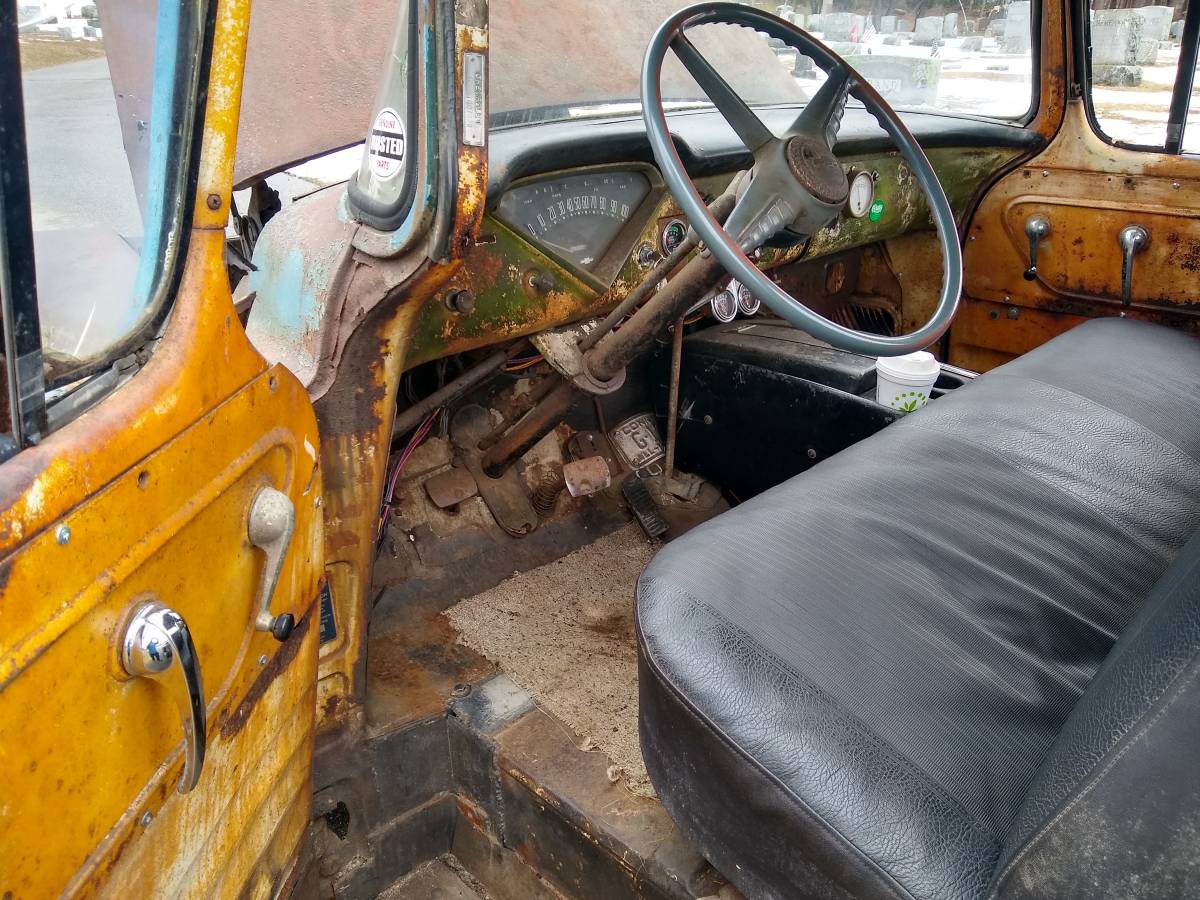 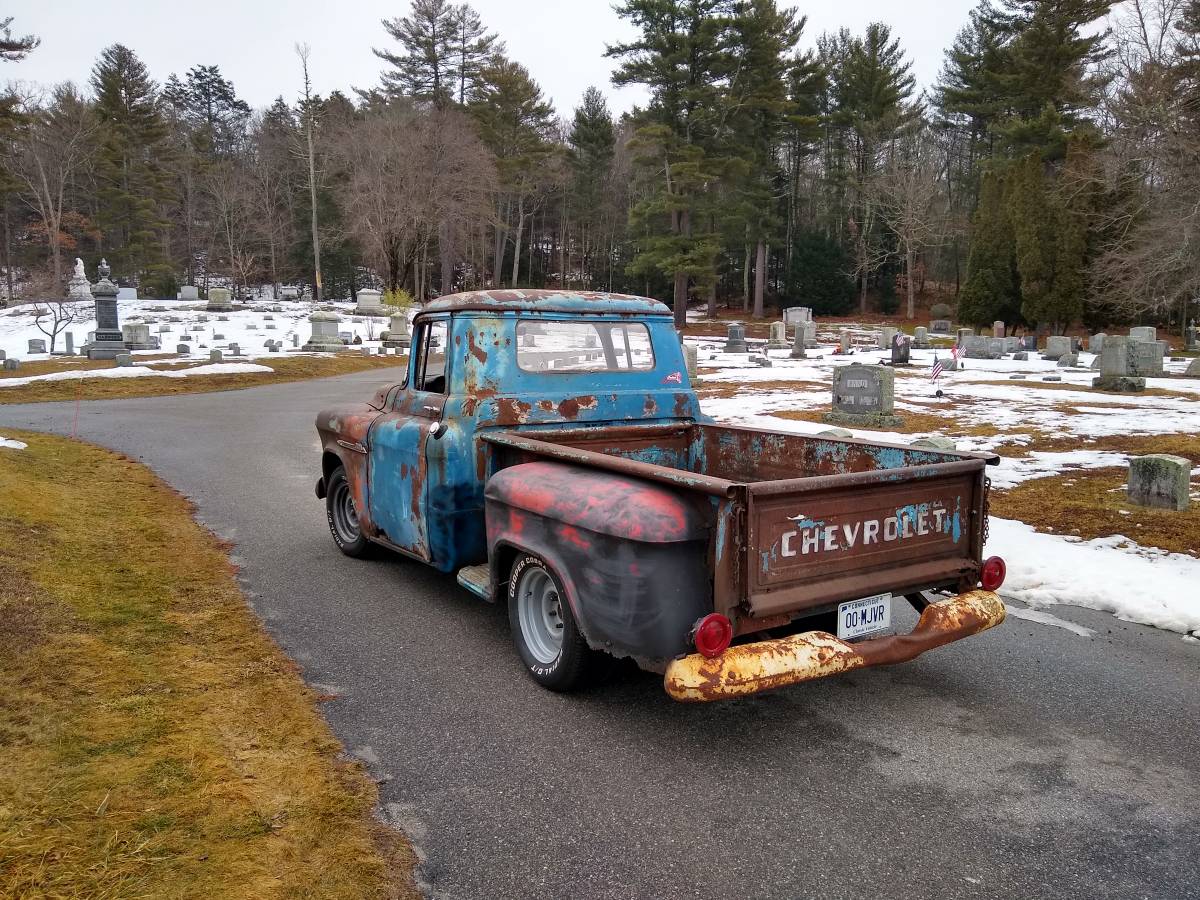 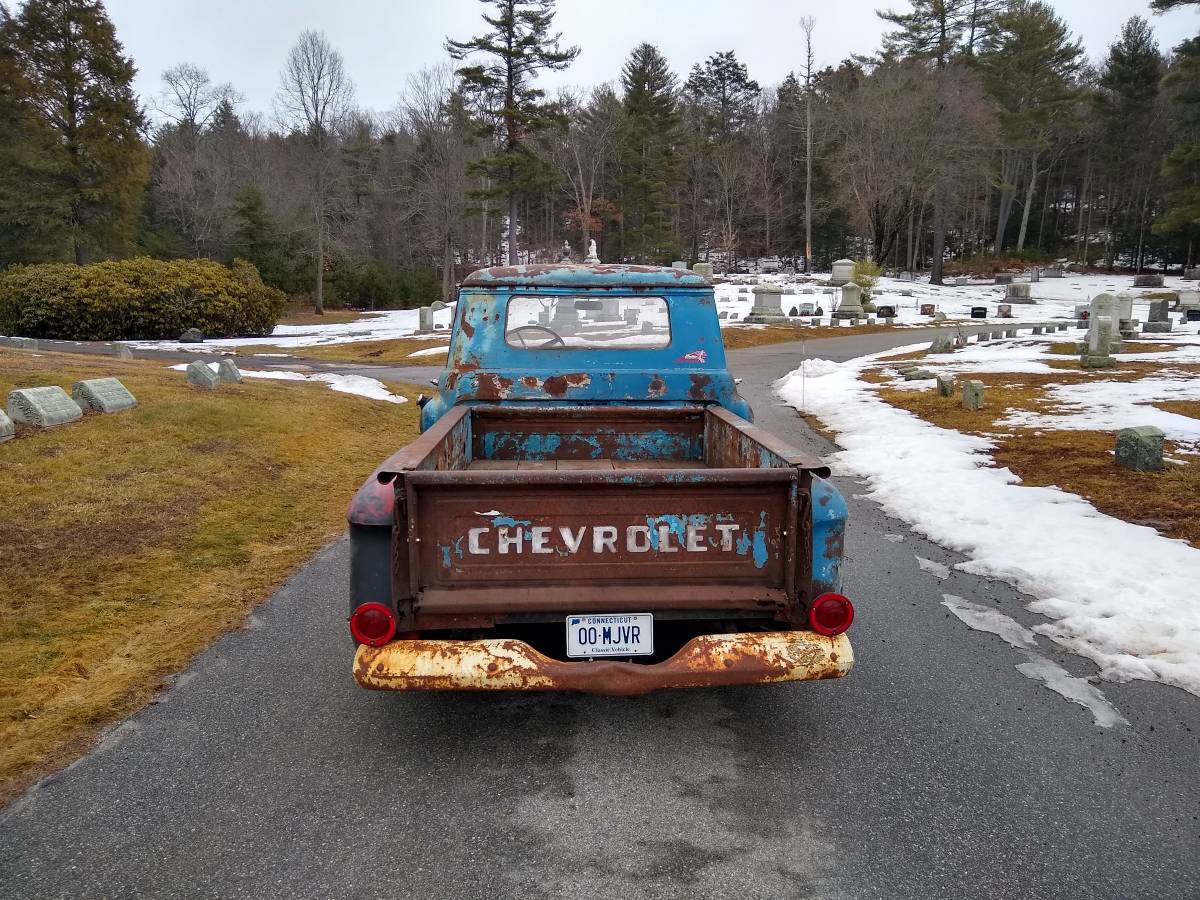 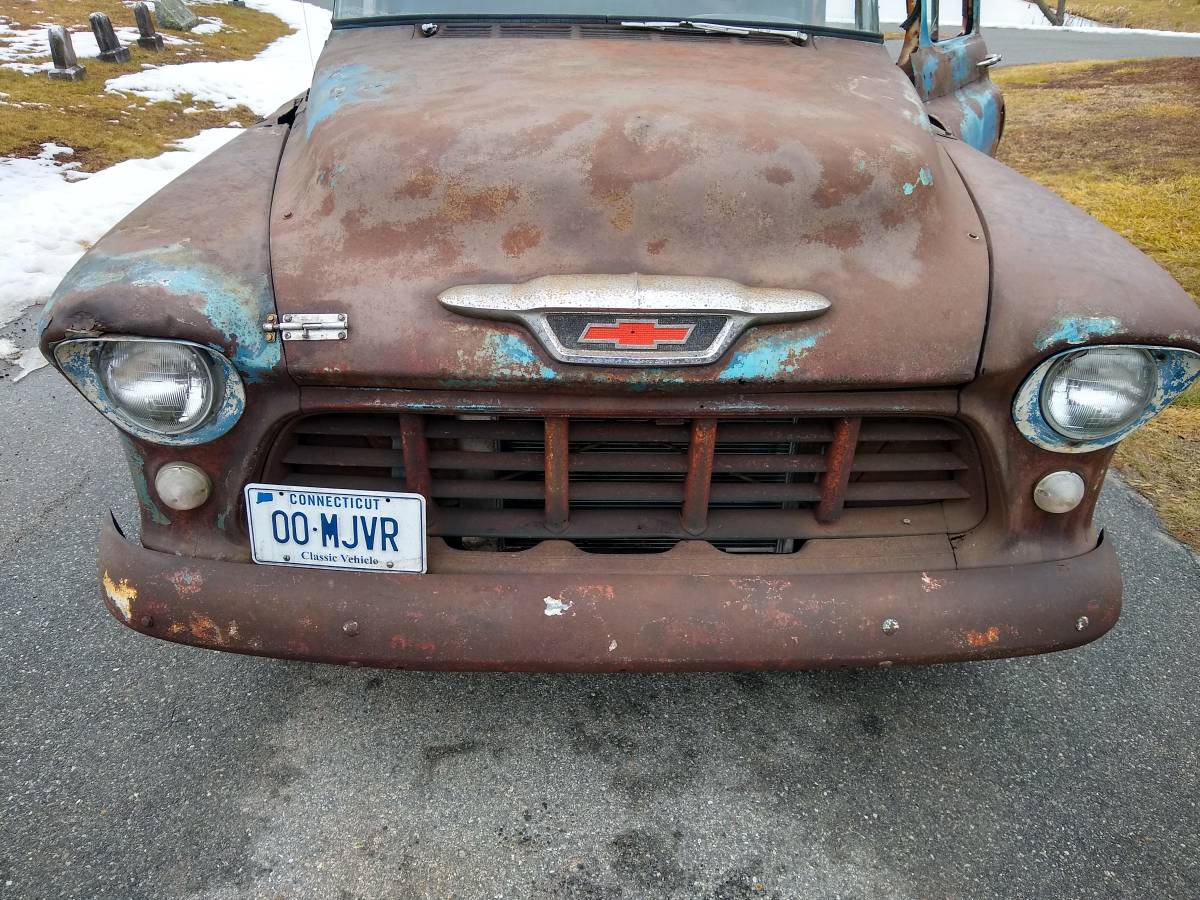 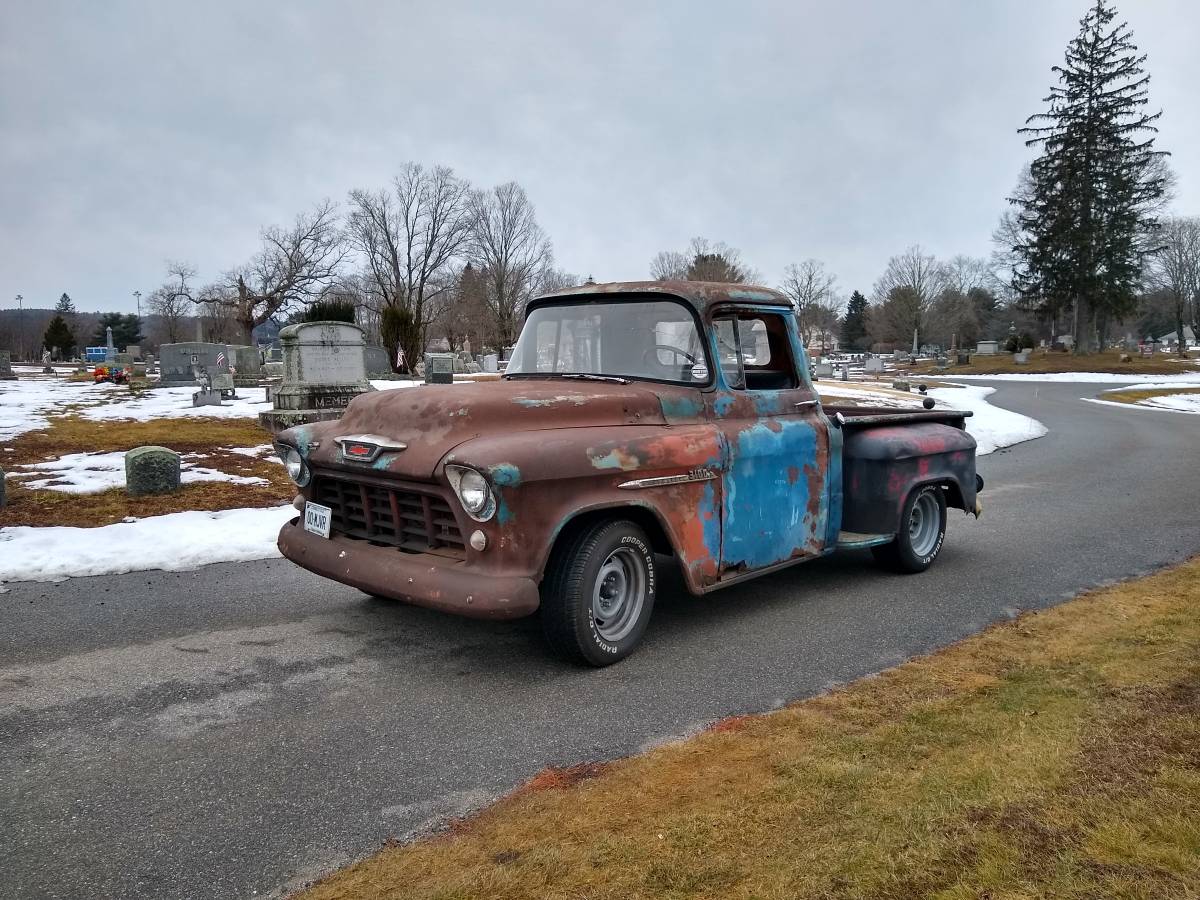 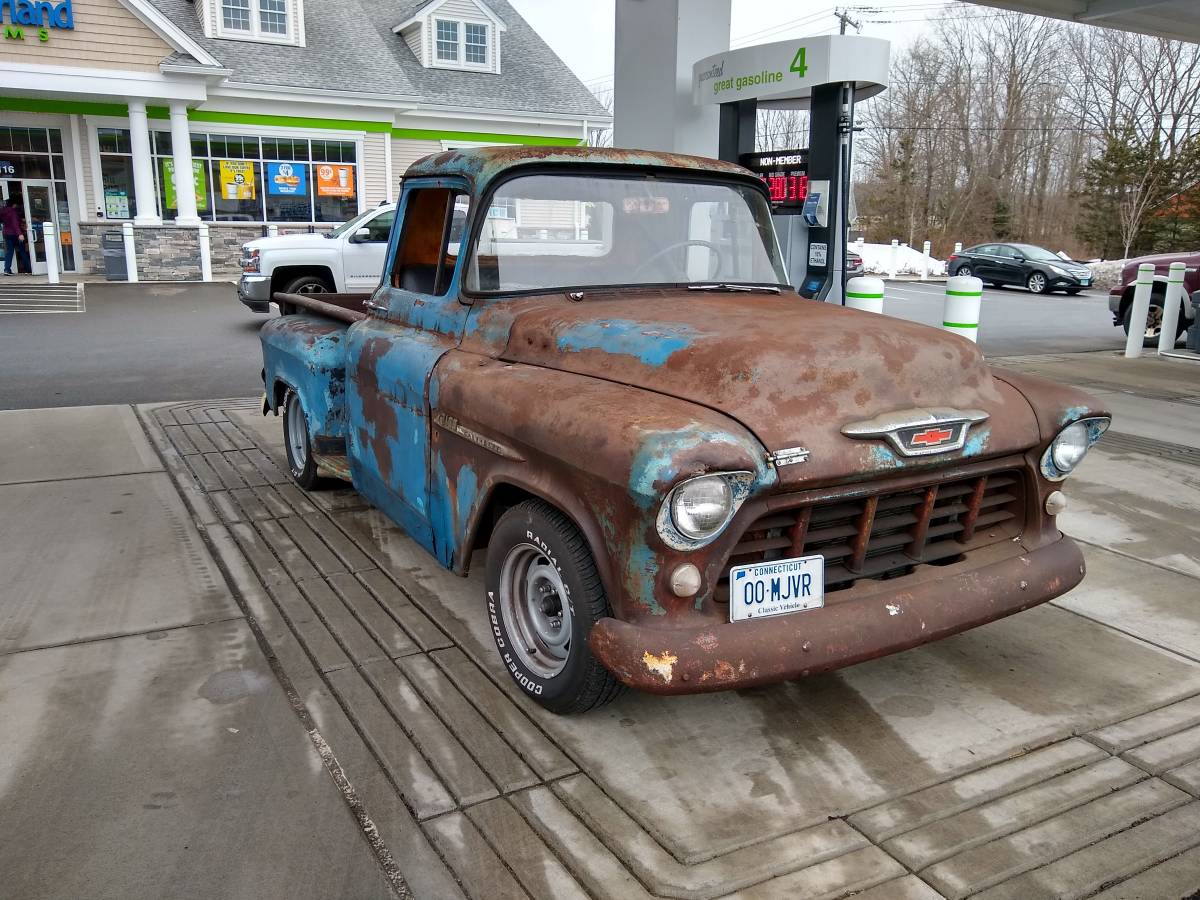 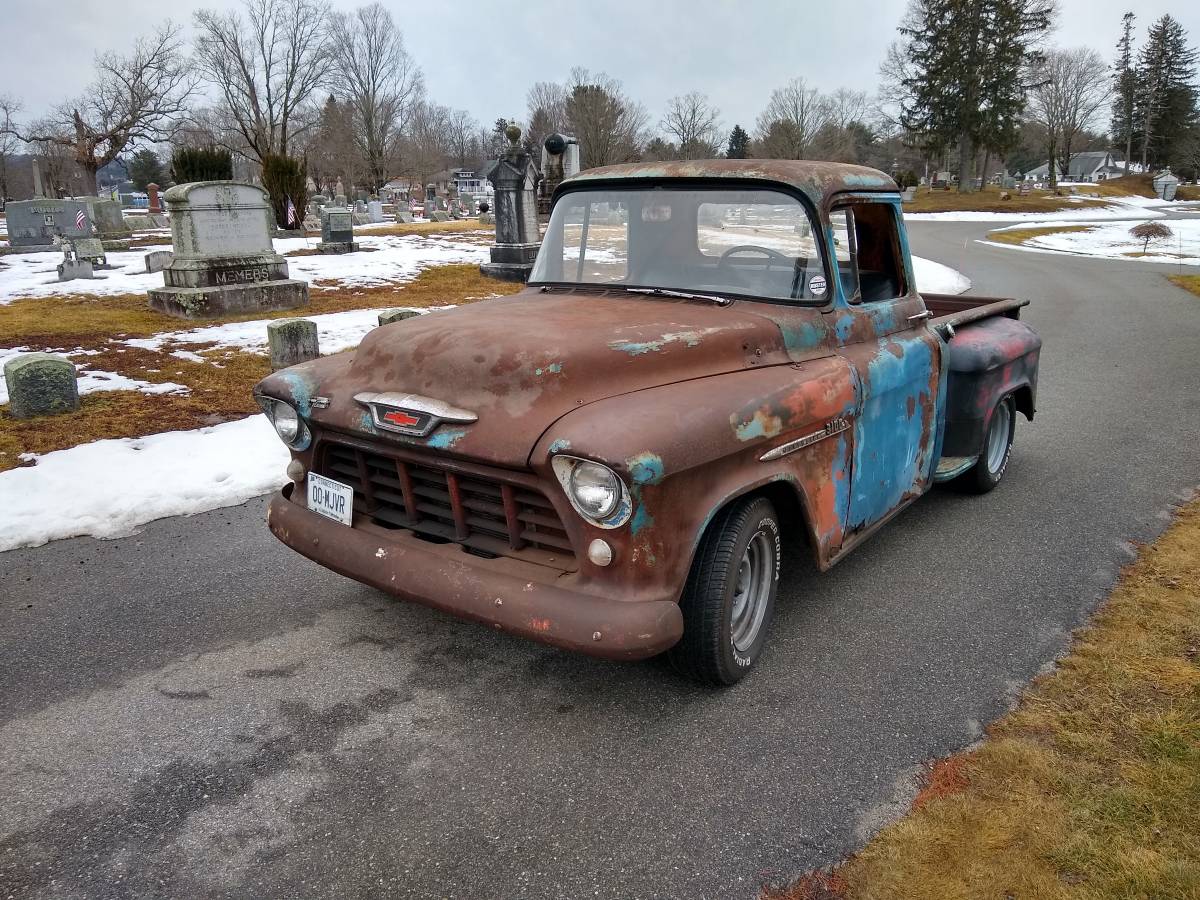 March 8, 2021 Update – we confirmed the seller of this “Classifind” deleted their listing, so we’re now able to call this one “SOLD!” While this one got away, please reach out either by email or call Rudy directly if you’d like to be informed when we come across something similar.

If you find yourself wanting a vintage Chevrolet Task Force Rat Rod pickup to drive right now, one possible candidate might be this 1955 Chevrolet Three Window 3100 Stepside currently originally listed in March 2021 on Craigslist in Stafford, Connecticut (Hartford) where the current caretaker is asking $9,500. Using a stock example as a proxy, while the Hagerty Insurance Online Valuation Tool confirms this private seller has his 3100 below this guide’s #4 “Fair” (Daily Driver) estimate of $13,300. As a second data point, the Collector Car Market Review reveals the seller’s ask falls between this guide’s #4 “Fair” estimate of $8,300 and its #3 “Good” appraisal of $16,350.

“Chevrolet’s Task Force trucks debuted in March 1955 looking very much like the company’s newly redesigned passenger cars. Designed by Ned Jordan, these pickups featured a stylish wraparound windshield, hooded headlights, and an egg-crate grille, while the traditional pontoon-style fenders found on Advance-Design models were eliminated. Like the “Hot One” on the automotive side of the fence, a Task Force half-ton pickup could also be fitted with Chevy’s historic 265-cid overhead-valve V-8. The 235-cid six remained standard. Most notable among appearance updates were quad headlights, introduced in 1958.

This generation of Chevy 3100 trucks were the first no-excuses pickups from GM, thanks to all models having either the fully pressured oil system 235-cid six or the ubiquitous small-block V-8 engine—with both coupled to an open driveshaft. Torque tubes were out, meaning owners who were seeking a taller or deeper rear axle (or any powertrain imaginable) could easily undertake an engine swap. Task Force trucks were made in much smaller numbers compared to the previous generation of “Advance Design” trucks, so fewer are available today.”

We came across this 1955 Chevrolet Truck promotional film on the Cars & Stripes YouTube Channel:

“1955 Chevrolet 3100 short bed stepside truck for sale. Runs and drives great. 350 with 3 speed automatic transmission. Buick road master rearend and disc brake conversion up front. Body is rough so not a truck to be restored. Get thumbs up every where you go!!

Please no calls after 10pm
“