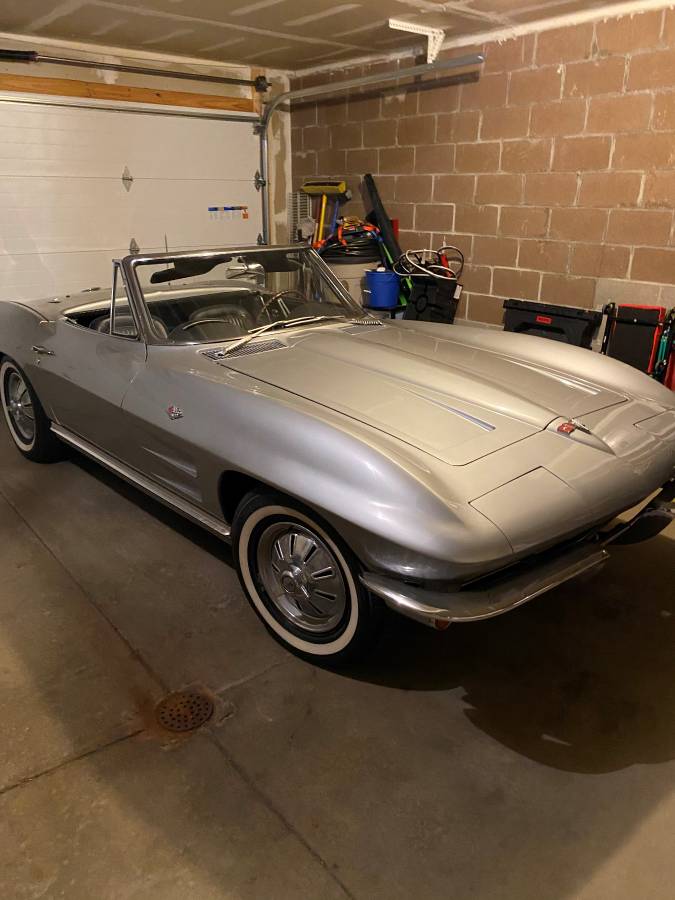 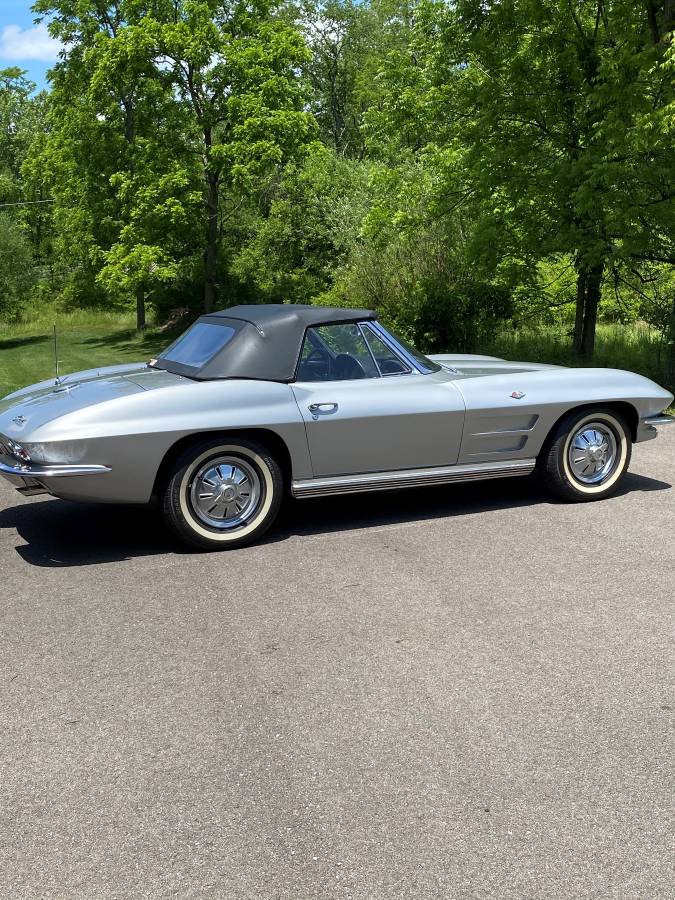 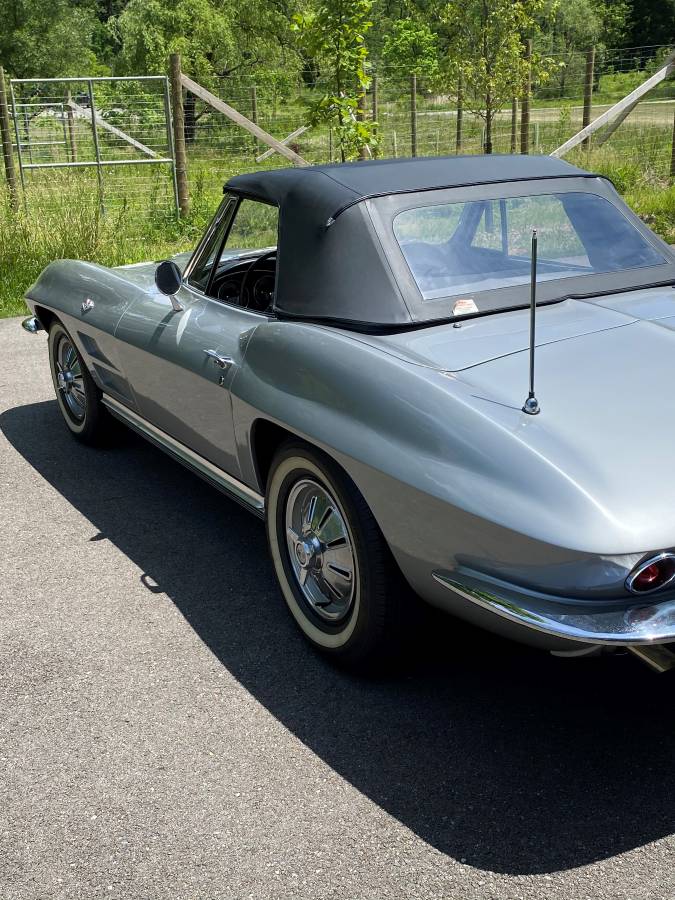 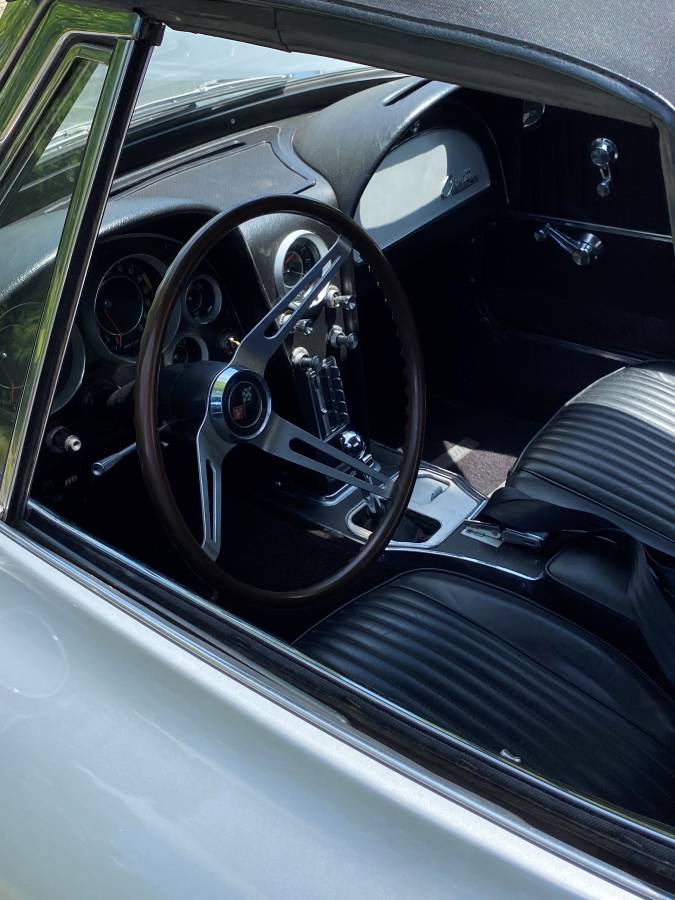 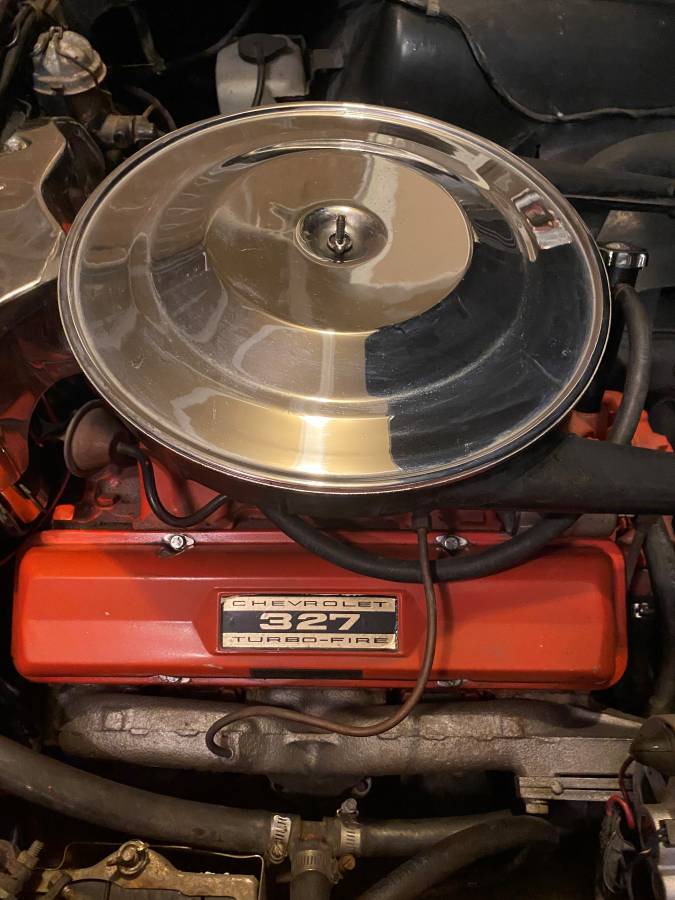 March 26, 2021 Update – We just confirmed the listing for this “Classifind” expired, so with no replacement found we’re assuming this ride “Sold?” While this one got away, please reach out either by email or call Rudy directly if you’d like to be informed when we come across something similar.

Despite optional knockoff wheels finally becoming available and still fitted with drum brakes all around, 1964 Corvettes tend to command the lowest prices of all C2 Corvettes but are just as good-looking as the other model years. We came across what appears to be a nice driver-quality, Satin Silver over black, L75 equipped 4-speed convertible currently originally listed in March 2021 on Craigslist in Mars, Pennsylvania (Pittsburgh) for $54,000 currently.  Comparing that price against the Hagerty Insurance Online Valuation Tool confirms the private seller has their Corvette priced between this guide’s #3 “Good” estimate of $44,700 and its #2 “Excellent” appraisal of $62,900.  Similarly, the  Collector Car Market Review Online Tool reveals the asking price falls between this guide’s #3 “Good” estimate of $45,600 and its #2 “Very Good” appraisal of $56,000.

For 1964 Chevrolet made only evolutionary changes to the Corvette. Besides the coupe’s backbone window, the two simulated air intakes were eliminated from the hood, though their indentations remained. Also, the decorative air-exhaust vent on the coupe’s rear pillar was made functional, but only on the left side. The car’s rocker-panel trim lost some of its ribs and gained black paint between those ribs that remained; wheel covers were simplified, and the fuel filler/deck emblem gained concentric circles around its crossed-flags insignia. Inside, the original color-keyed steering wheel rim was now done in simulated walnut.

A few suspension refinements were made for 1964. The front coil springs were changed from constant-rate to progressive or variable-rate and were more tightly wound at the top, while leaf thickness of the rear transverse spring was also altered thus providing a more comfortable ride with no sacrifice in handling. Shock absorbers were reworked toward the same end. The 1964 Corvette arrived with a new standard shock containing within its fluid reservoir a small bag of Freon gas that absorbed heat. Chevy added more sound insulation and revised body and transmission mounts for the 1964 Corvette. It also fitted additional bushings to quiet the shift linkage and placed a new boot around the lever. The result was a more livable car for everyday transportation.

Drivetrain choices remained basically as before but the high-performance pair received several noteworthy improvements. The solid-lifter unit was driven with a high-lift, long-duration camshaft to produce 365 hp (272 kW) and breathed through a big four-barrel Holley carburetor instead of the base engine’s Carter unit. The fuel-injected engine also gained 15 horsepower (11 kilowatts), bringing its total to 375 hp (280 kW), but at a then-hefty $538.00. Although transmission options remained ostensibly the same for 1964, the two Borg-Warner T-10 four-speeds gave way to a similar pair of gearboxes built at GM’s Muncie, Indiana, transmission facility. Originally a Chevy design, it had an aluminum case like the Borg-Warner box but came with stronger synchronizers and wider ratios for better durability and drivability. If enthusiast publications liked the first Sting Ray, they loved 1964, though some writers noted the convertible’s tendency to rattle and shake on rough roads. Sales of the 1964 Sting Ray reached 22,229 -— another new Corvette record, if up only a little from banner-year 1963. Coupe volume dropped to 8304 units, but convertible sales more than compensated, rising to 13,925.

We came across the dealer filmstrip for the 1964 Corvette here on YouTube:

Reported to have the original drive train and two tops, this appears to be a nice driver-quality C2 Corvette you can drive without worrying about affecting its value.

“1964 Corvette convertible with a hardtop. Satin silver with black top and black interior. 327/300hp engine with 4-speed transmission – original drivetrain. The car looks and runs great. $54,000. The first one with the money gets the car. No trades!!! I do not need help selling this car!!!“

Show or go: what would you do with this ’64 Corvette?  Comment below and let us know!