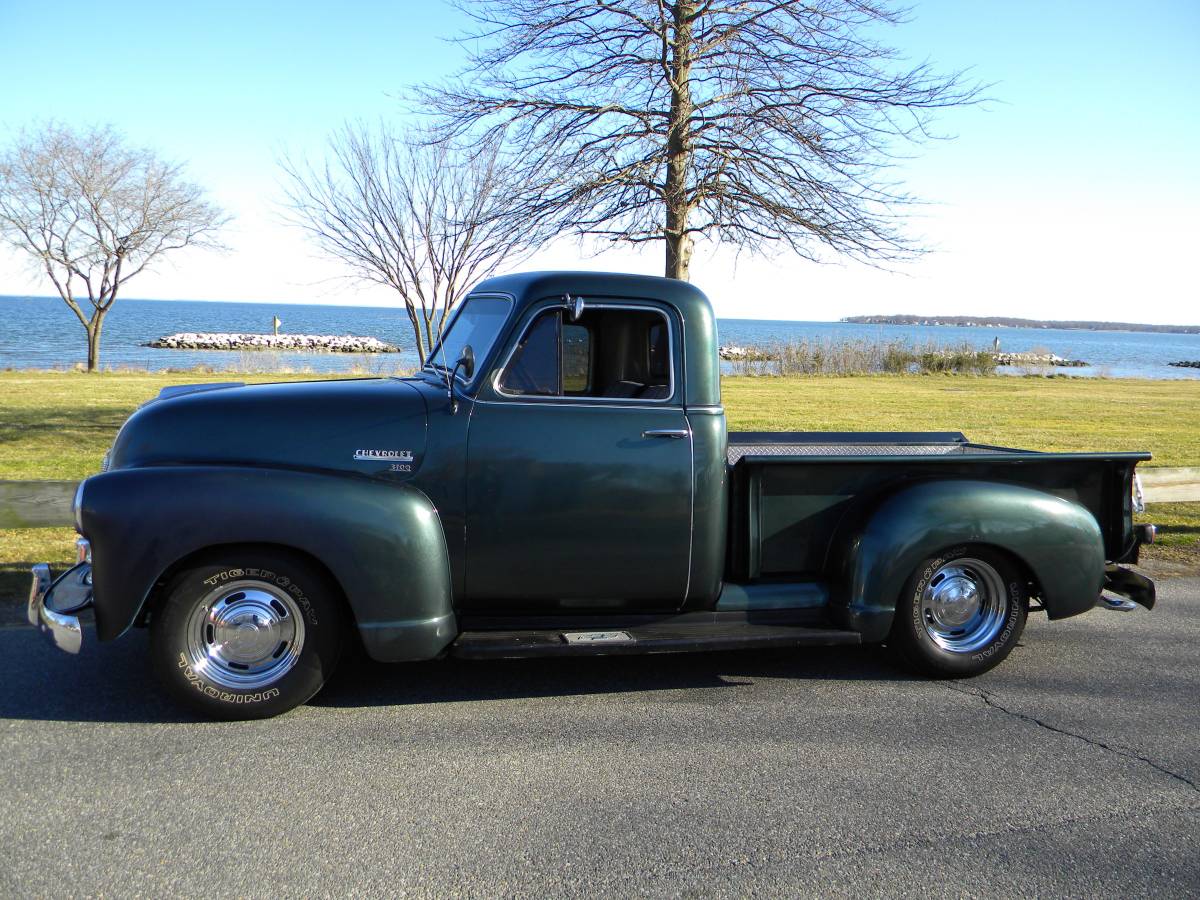 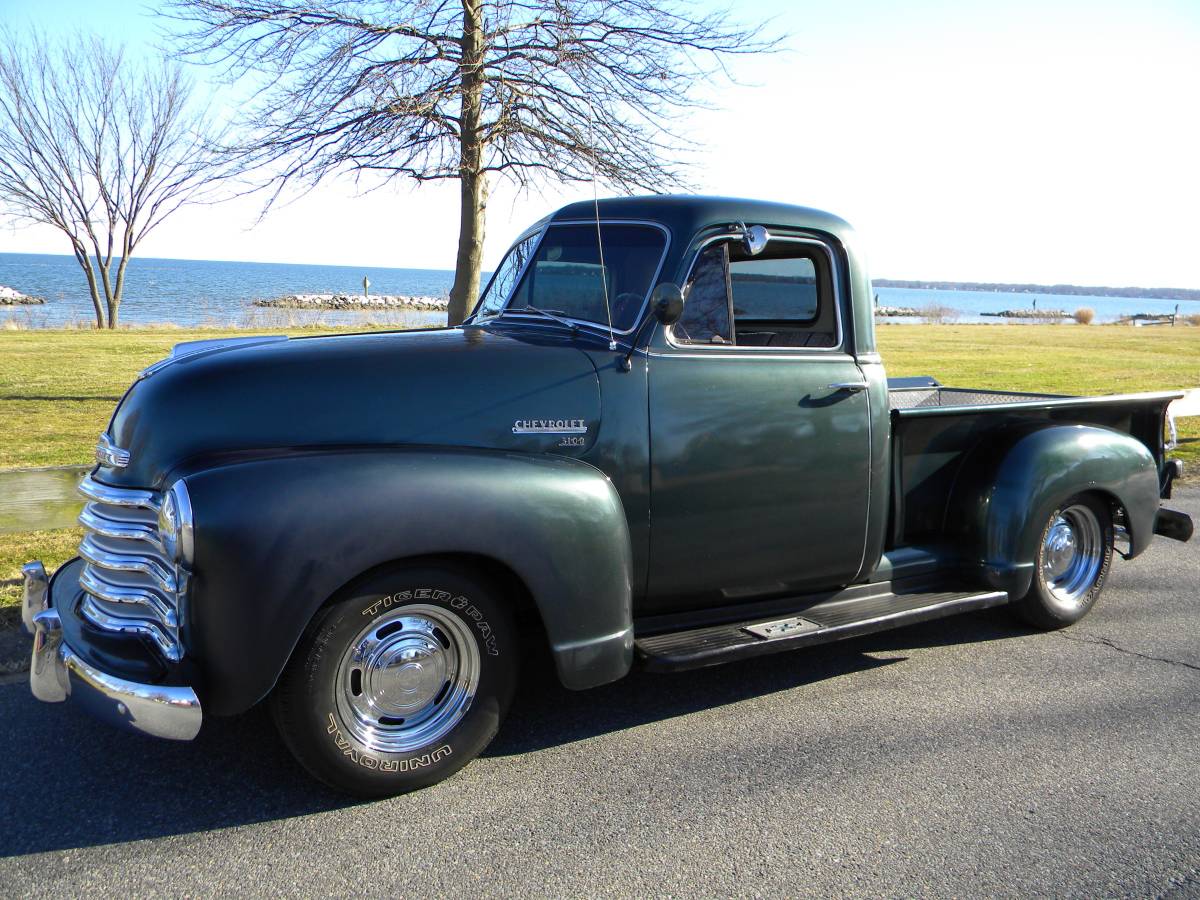 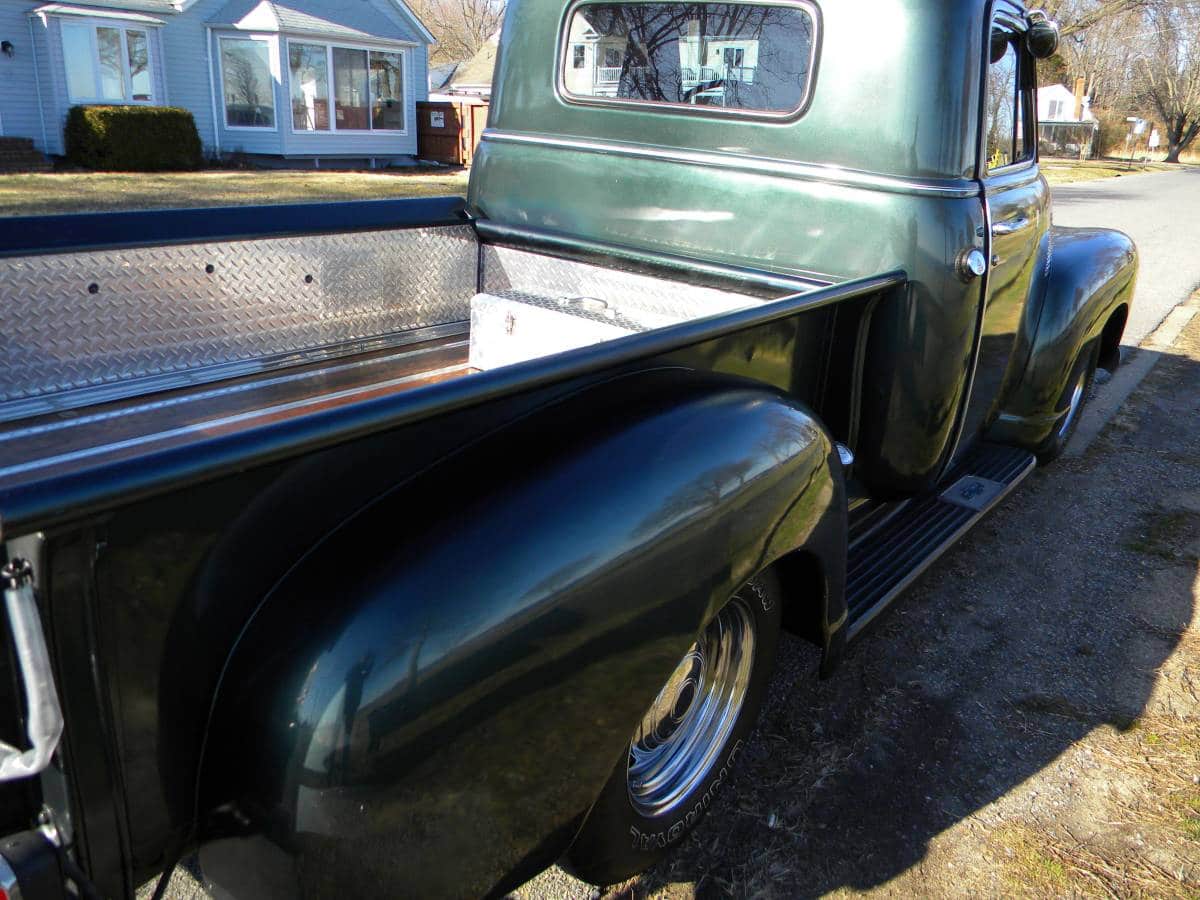 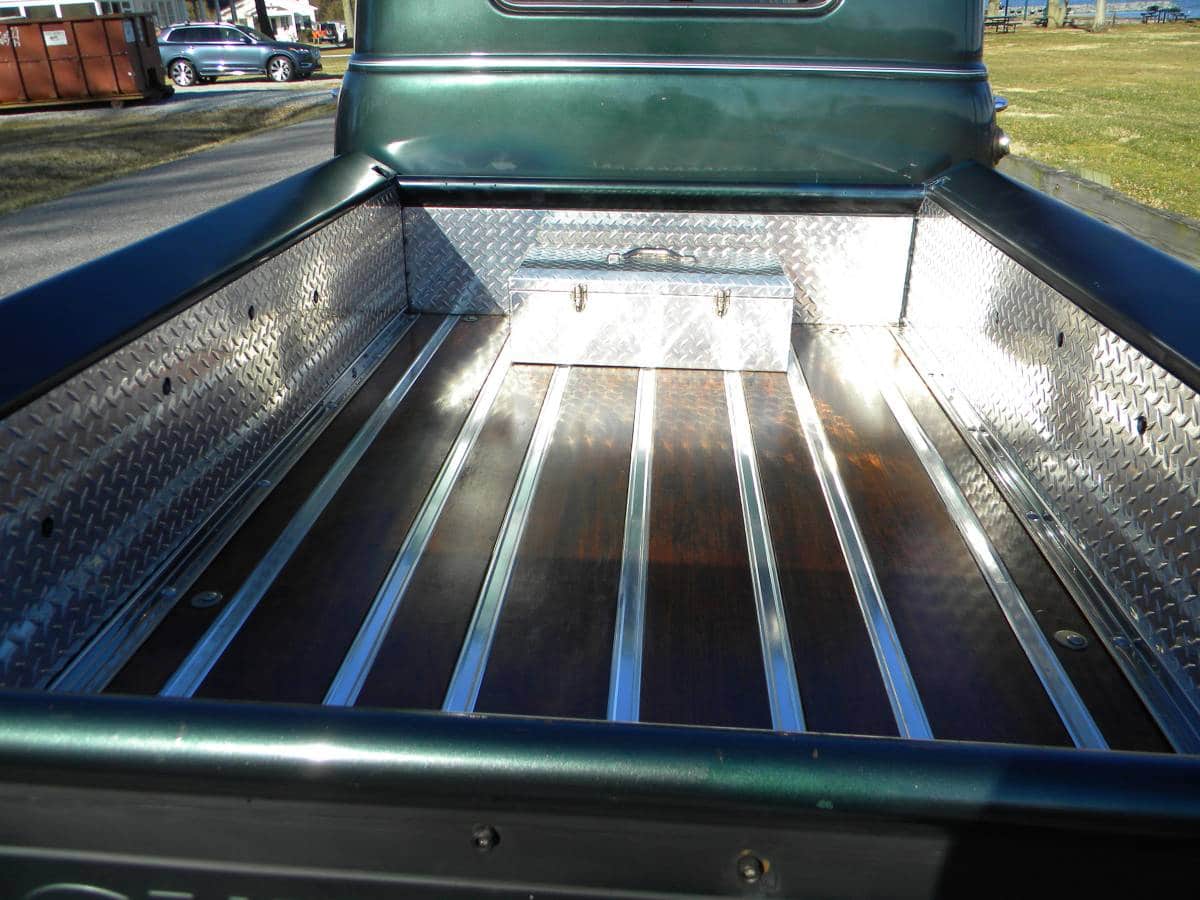 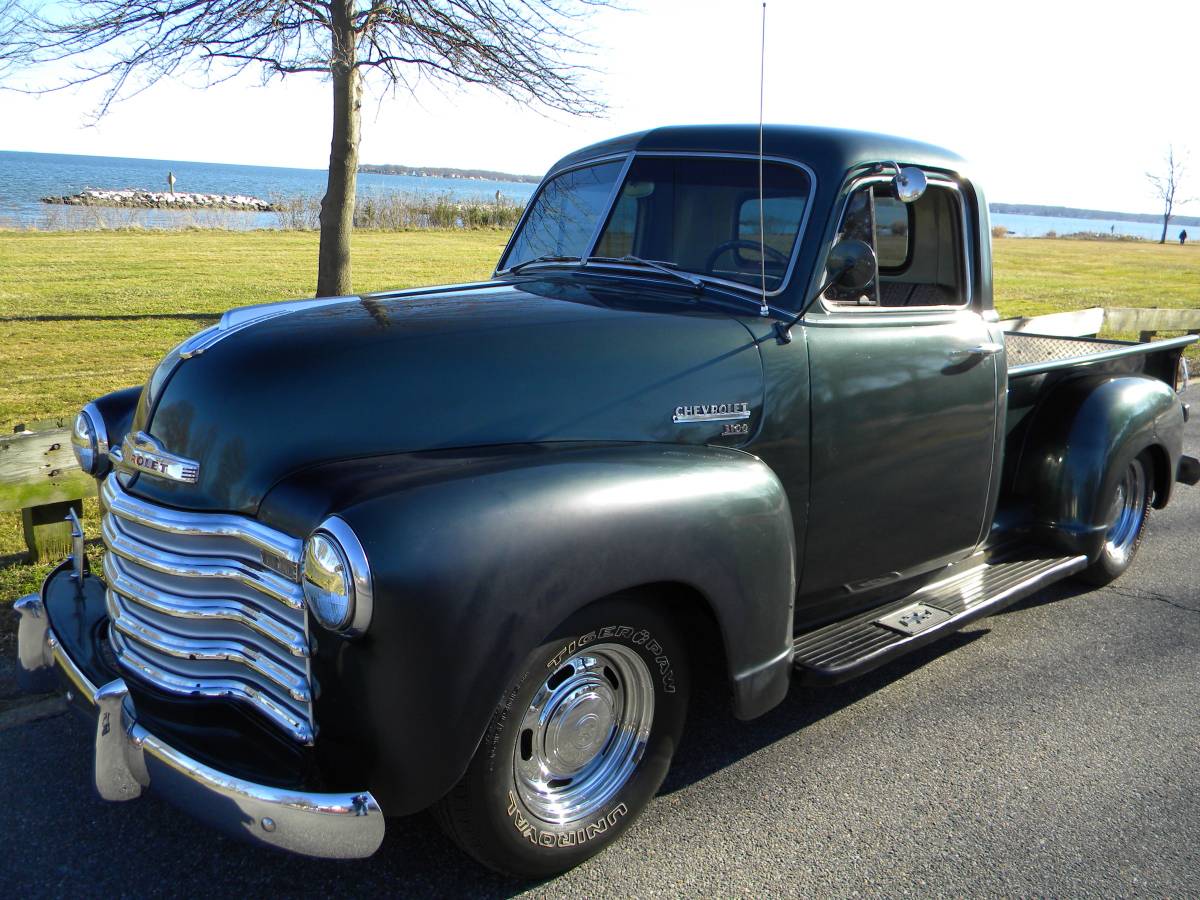 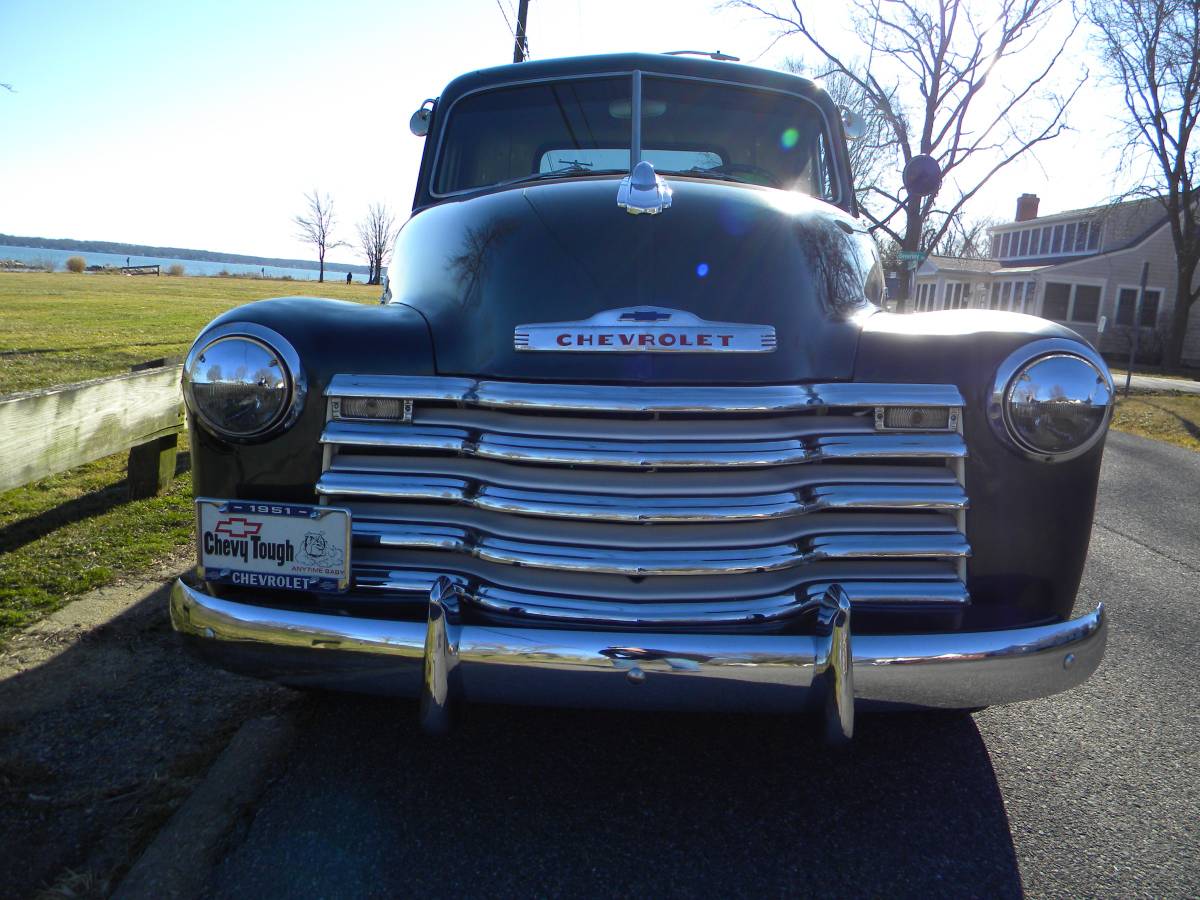 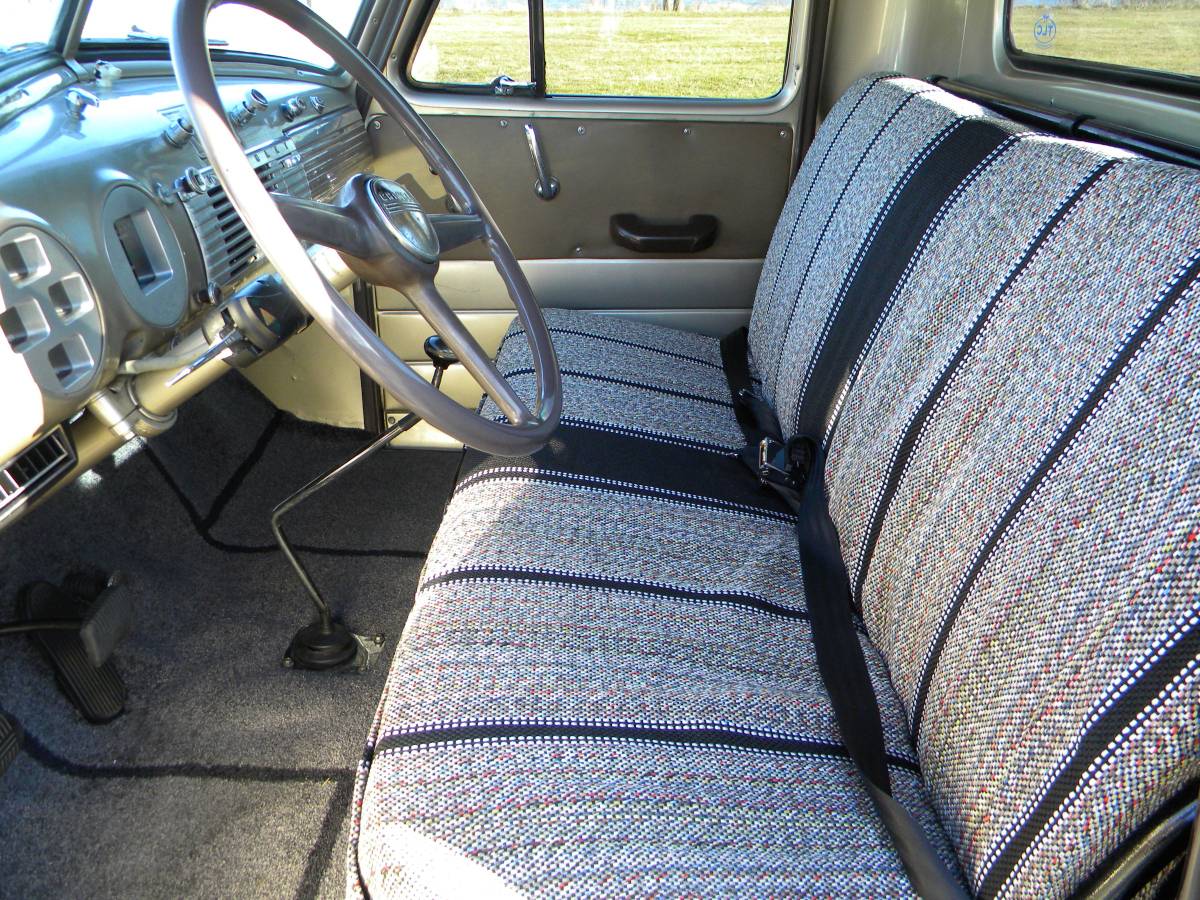 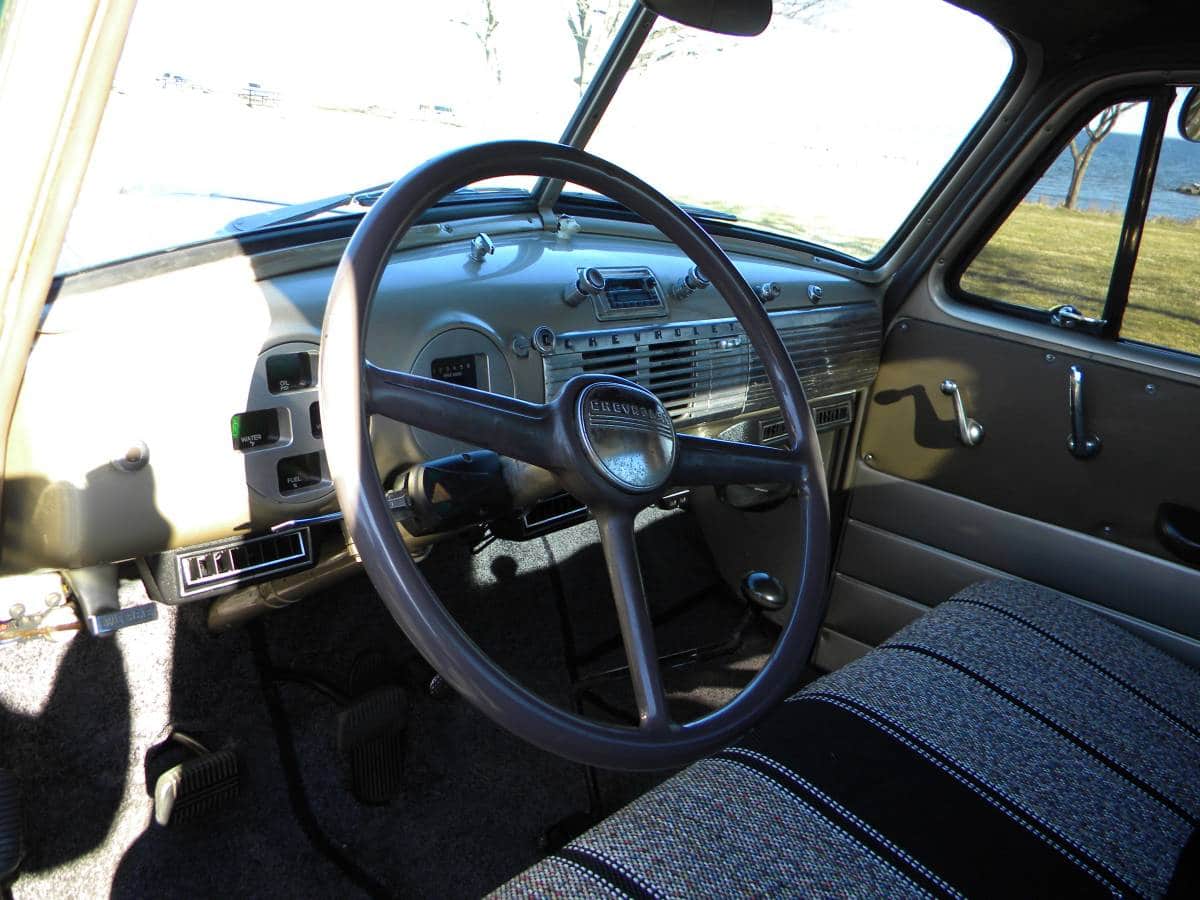 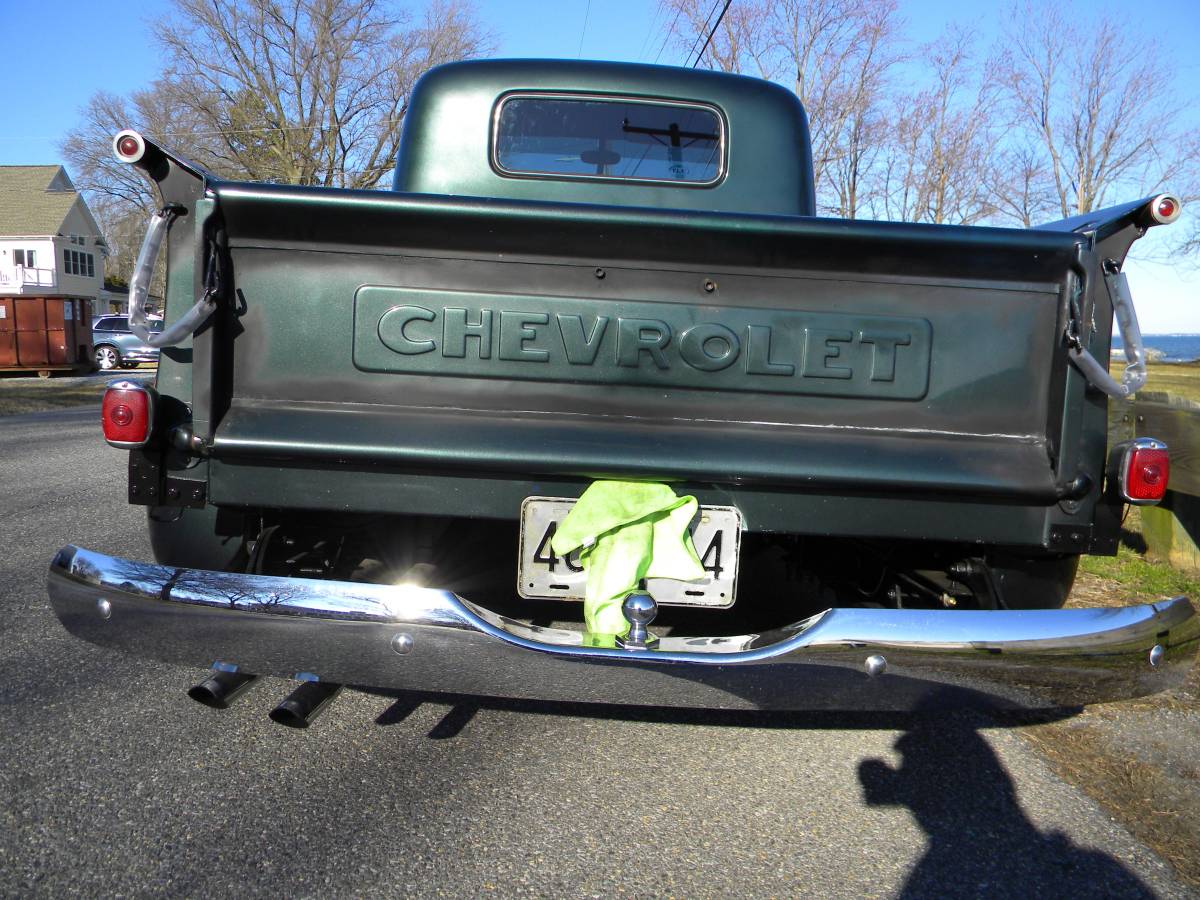 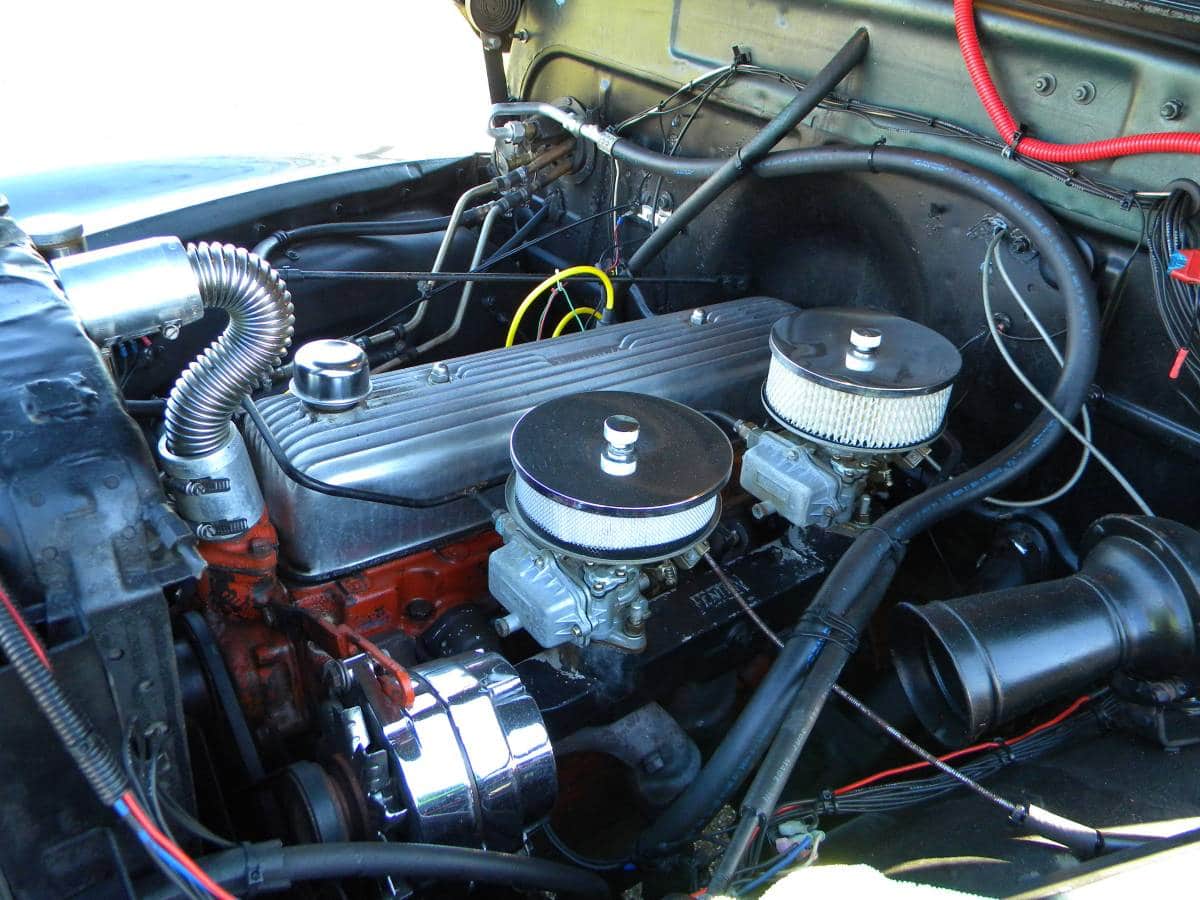 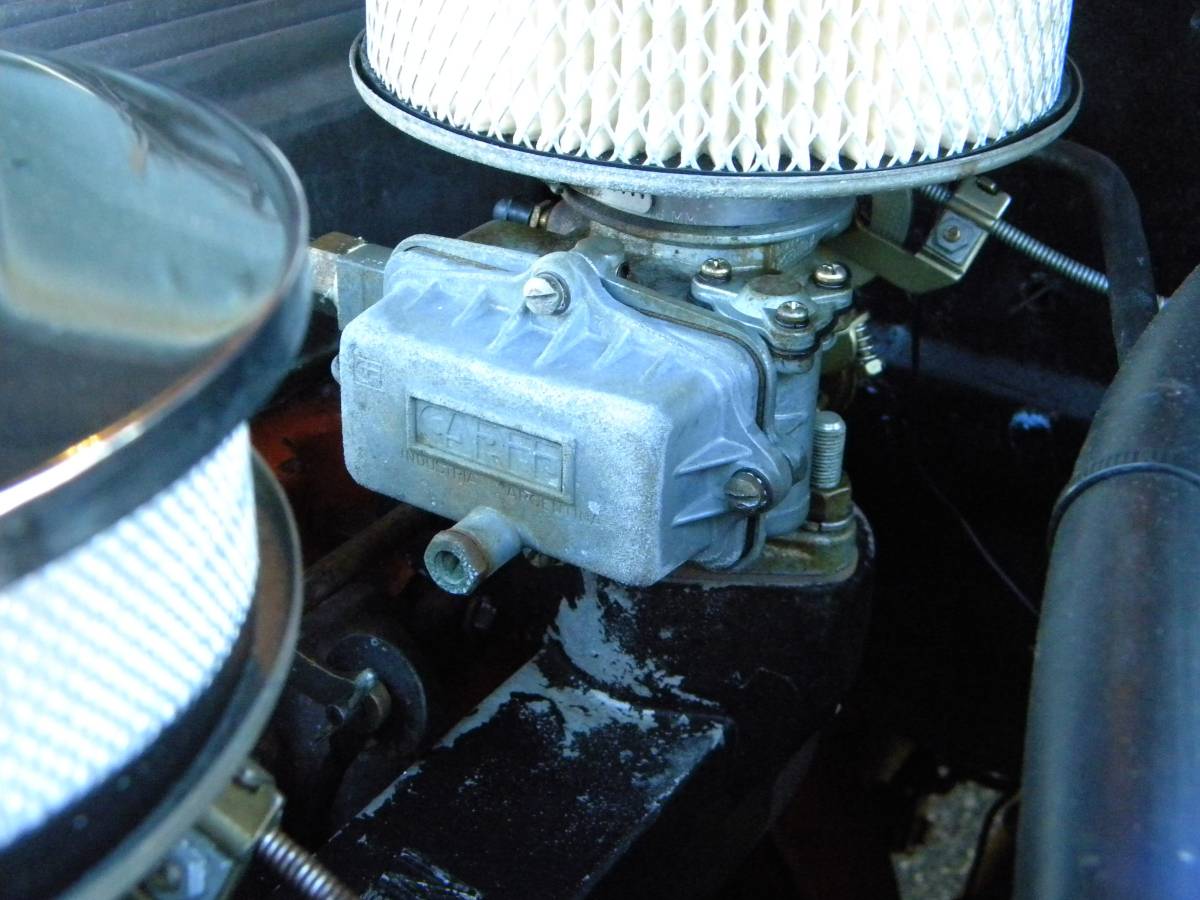 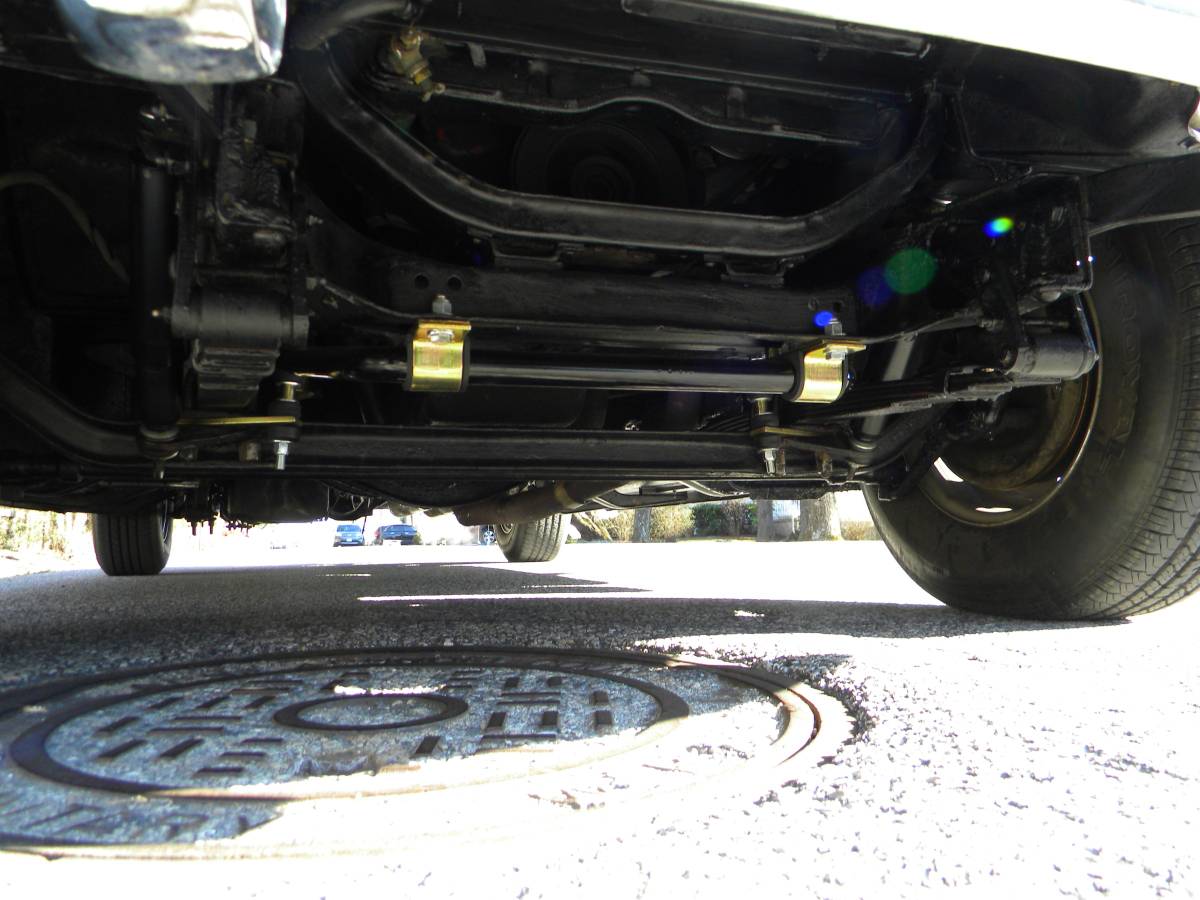 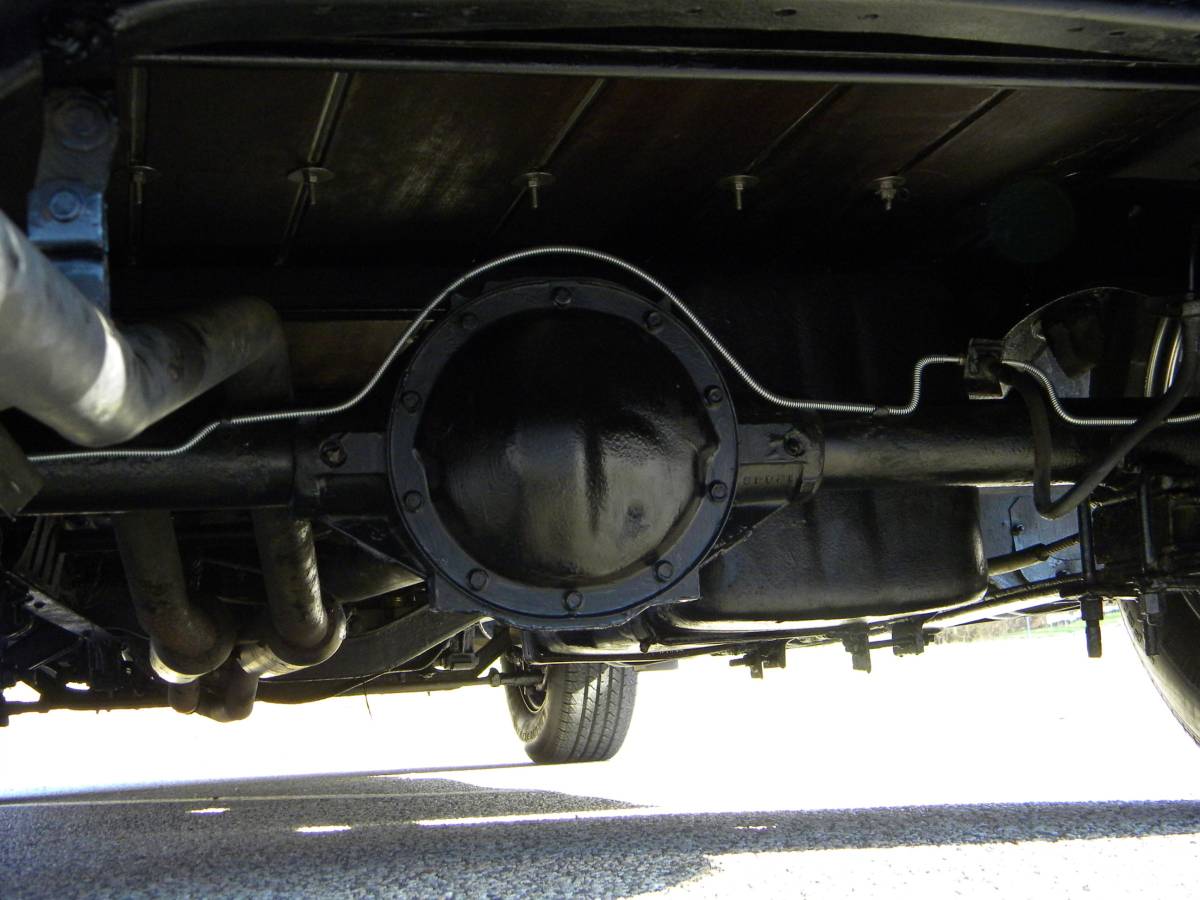 March 22, 2021 Update – we confirmed the seller of this Chevy 3100 “Classifind” deleted their listing, so we’re now able to call this one “SOLD!” While this one got away, please reach out either by email or call Rudy directly if you’d like to be informed when we come across something similar.

Nearly every vehicle produced ends up having some sort of Achille’s Heel in its design. When it comes to pre-1953 Chevrolet 3100 trucks, it was Chevy’s use of Babbit-style bearings relying solely on splash oil lubrication that proved to be this truck’s weak point.  That’s why we were pleased to find this 1951 3100 Three Window pickup originally listed in February 2021 on Craigslist in Annapolis, Maryland not only had its original engine replaced, the replacement is a later fully-pressurized hopped-up 235 cubic-inch “Blue Flame” inline-six. Currently offered at $26,500, researching the Collector Car Market Review Online Tool reveals the private seller has their vintage Series 3100 priced between this guide’s #2 “Very Good” estimate of $22,900 and its #1 “Excellent” appraisal of $35,600.  Similarly, the Hagerty Insurance Online Valuation Tool as a second data point confirms this private seller has their Chevy priced between the #3 “Good” estimate of $21,400 and its #2 “Excellent” appraisal of $38,800.

The Hagerty Insurance Valuation Tool for these trucks provides a nice summary of their history:

“In 1925, Ford was the first of the Big Three to enter the pickup market, but it was Chevrolet that stood tall as Detroit’s top truck-seller by the time of World War II. Chevy resumed civilian truck production in August 1945 and really got back to business in May 1947 with its new “Advance Design” pickups. Wider, longer and lower than the prewar leftovers marketed in 1946, the Advance Design models looked thoroughly modern and featured an equally modern “alligator” hood hinged at the rear. Beneath that gator was Chevy’s proven 216-cid “Stovebolt” six-cylinder.

There were few changes as the Advance Design trucks rolled into the 1950s, but Chevy continued to sell more trucks than all rivals—even with Ford’s new F-series models on the market after 1948. Notable updates included vent windows being added to the doors in 1951, and a restyled grille and trendy one-piece windshield appearing in 1954. That same year a much improved 235-cid six-cylinder was installed and an optional automatic transmission was introduced. Advance Design production continued briefly into 1955 before the era came to a close and Chevy’s new “Task Force” trucks were launched, and these last-run Advance Design models carried some Task Force features—accordingly, they are highly prized by collectors today.

The biggest downside to owning one of this series of Chevy 3100 is that the pre-1953 216-cid inline-six engines are weak for modern use, thanks to babbit bearings and splash lubrication. Powertrain swaps beyond the vastly superior 1953 and newer full-pressure lubrication 235-cid six are a big leap of faith and generally not a simple parts swap due to torque tube architecture for the powertrain and suspension on all but the early 1955s. However, due to the 3100’s popularity for both stock restorations and street rod conversions, restorations require little more than a title and a VISA card. Frames and all sheet metal—including the cabs—are available as reproductions.”

We found this 1949 Chevrolet Truck promotional film on YouTube touting how at the time America relied on the company’s line of commercial vehicles:

Based on the seller’s description, this series 3100 appears to be a nicely sorted 3100 that dares to be different by retaining inline-six power.  While this truck provides the convenience of air conditioning, oddly it currently does not have heat.  The seller took the time to provide the details of the items worked on over the past eight months below.

Show or go: What would you do with this 3100 pickup?  Comment below and let us know!