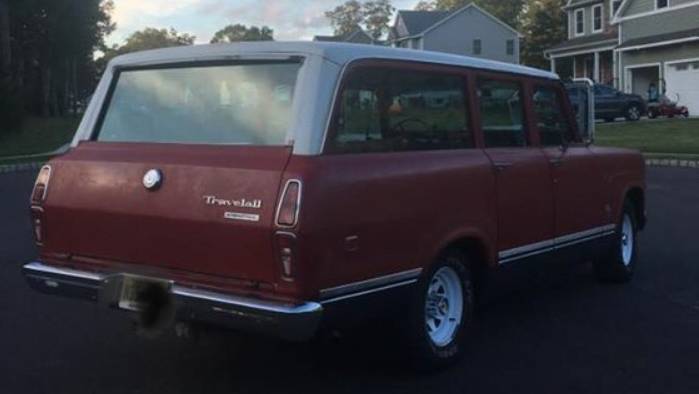 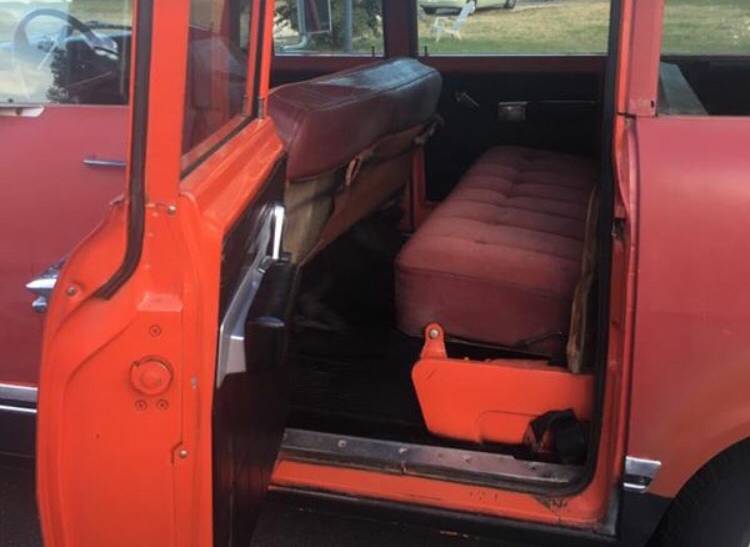 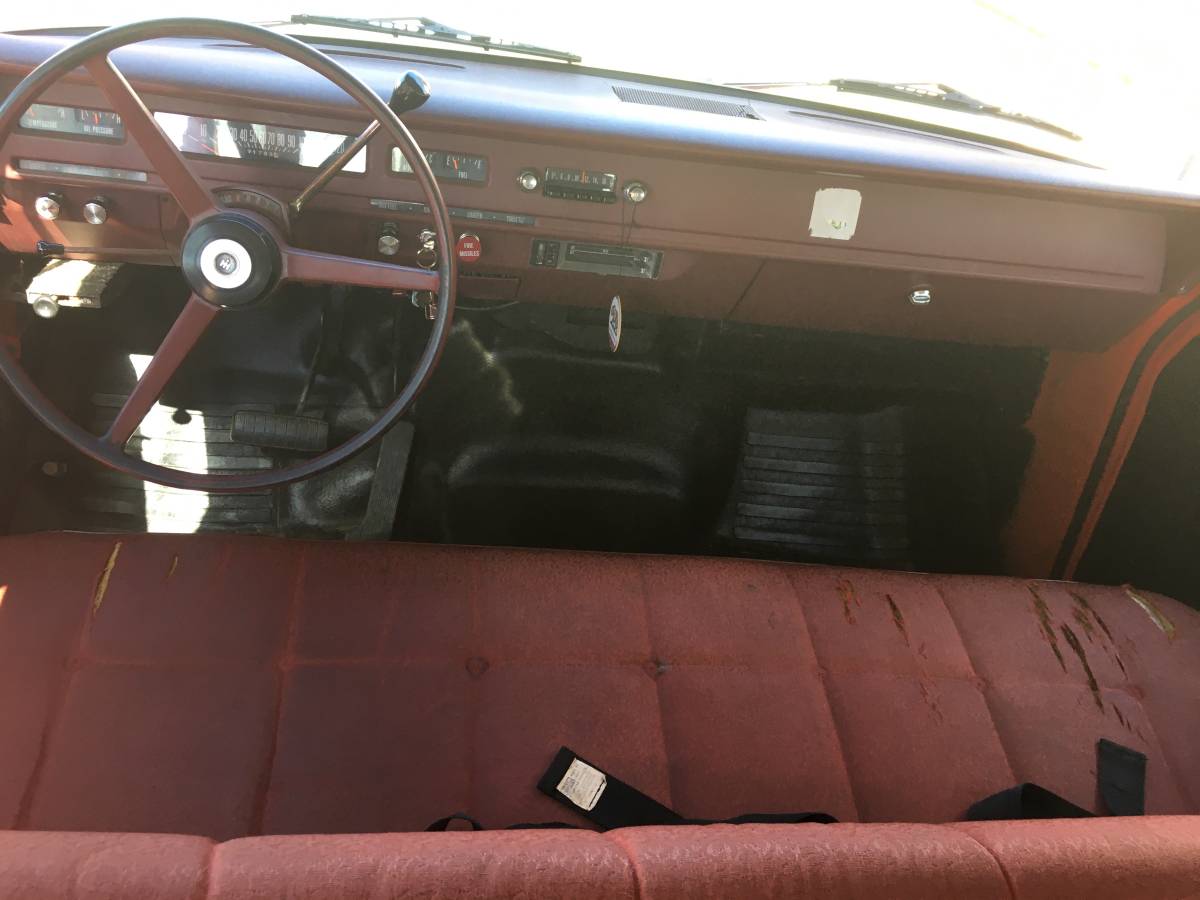 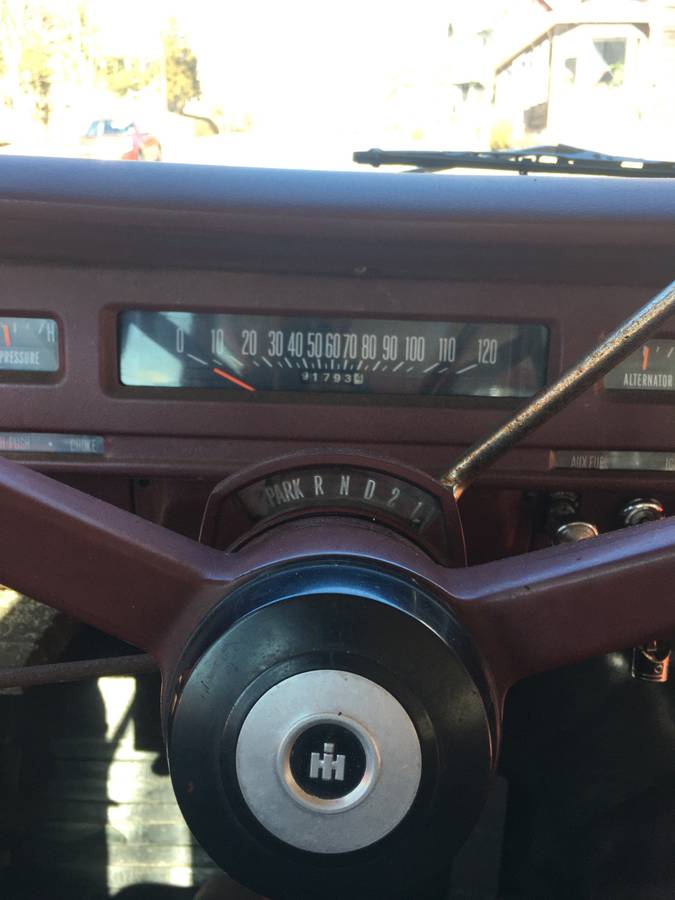 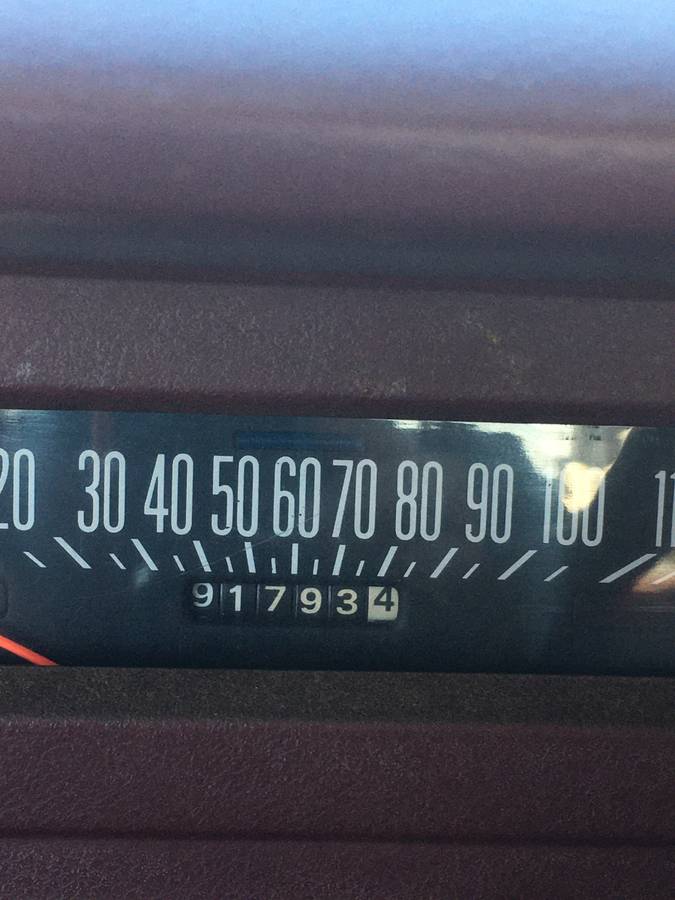 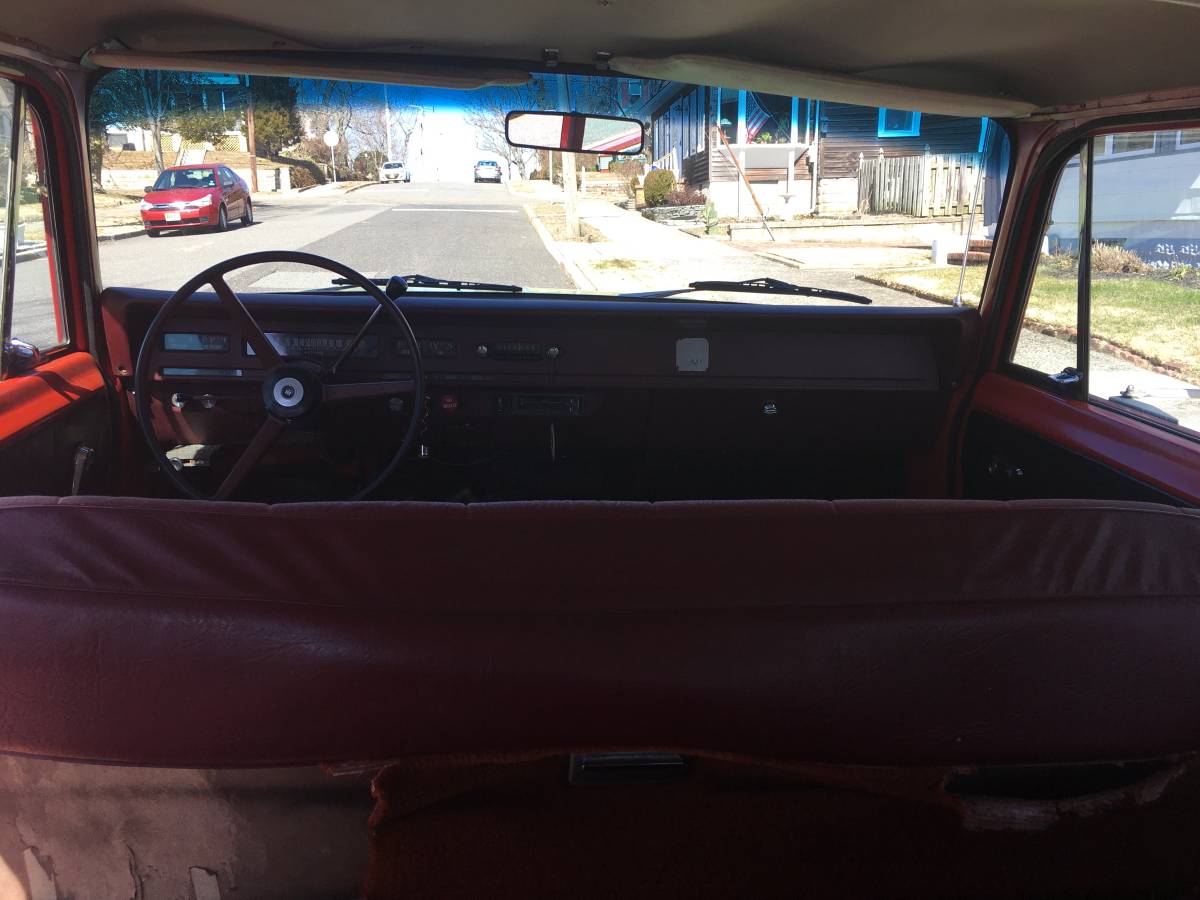 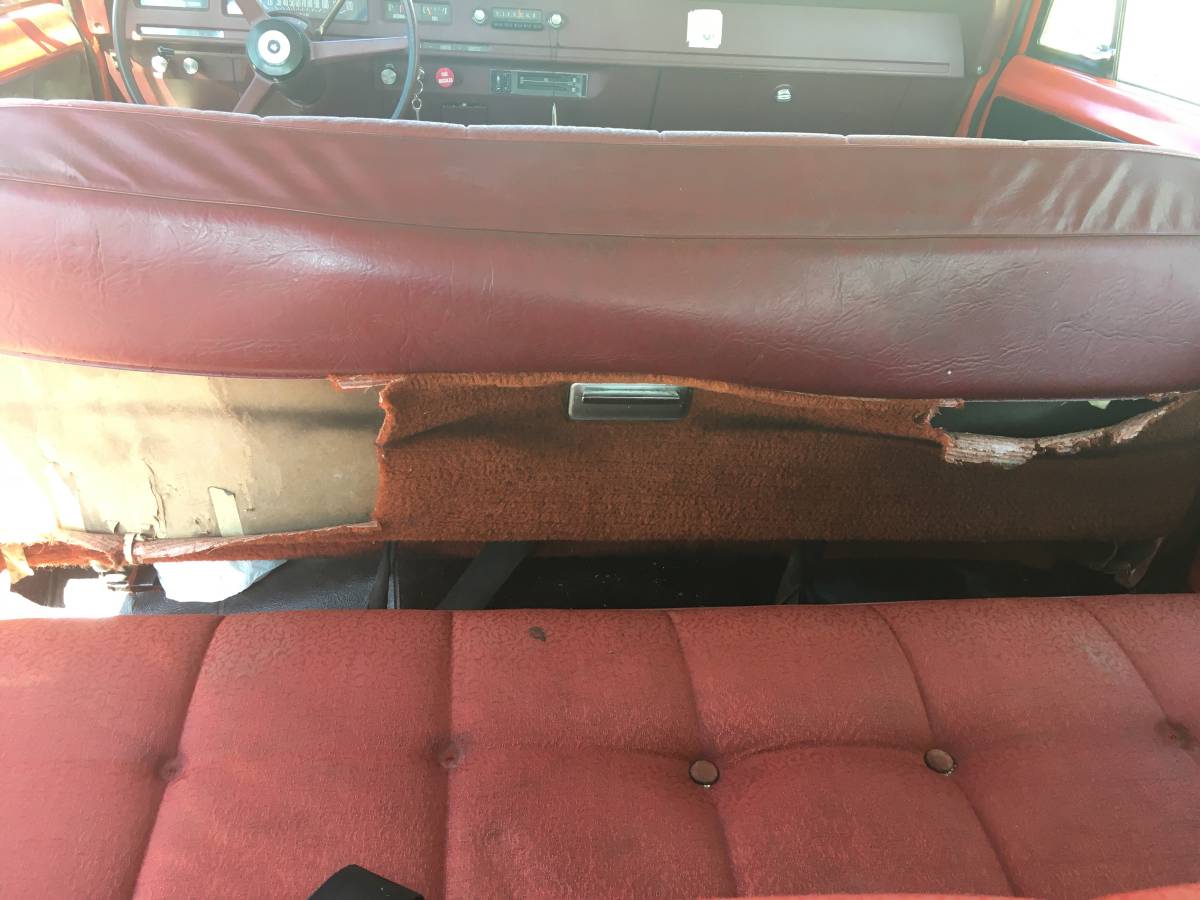 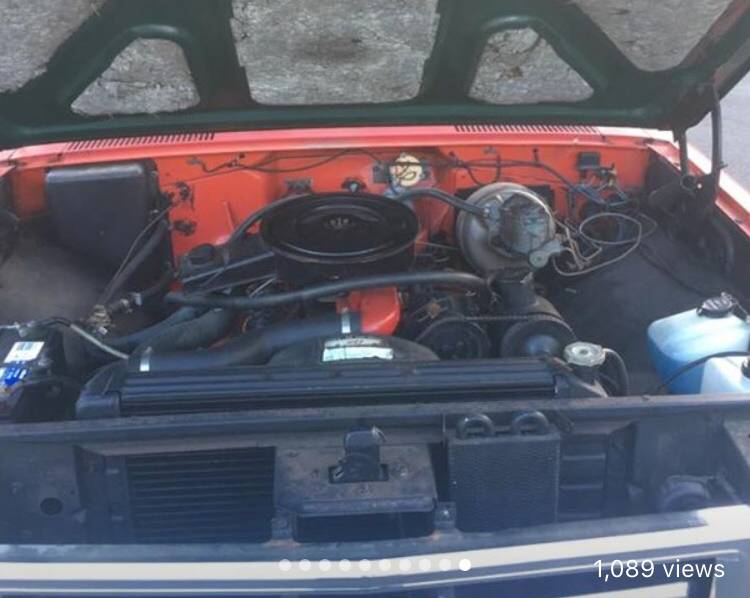 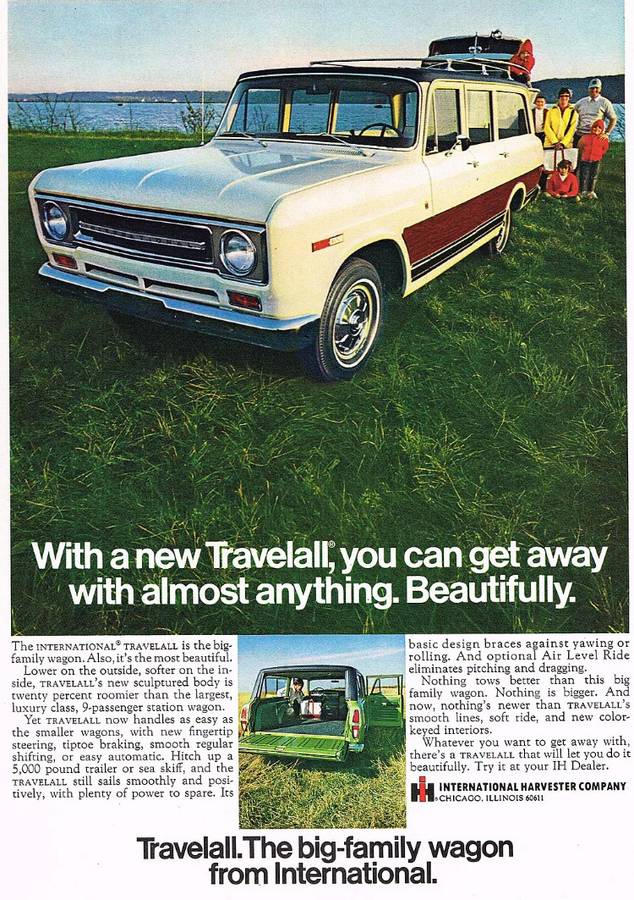 April 13, 2021 Update – We just confirmed the listing for this “Classifind” expired, so with no replacement found we’re assuming this ride “Sold?” While this one got away, please reach out either by email or call Rudy directly if you’d like to be informed when we come across something similar.

Classic Chevrolet Suburbans and Internation Travelalls blurred the line between classic station wagon and early four-door SUVs. In four-wheel-drive form, they are both capable offroaders that can handle all of your family and their gear.  Two-wheel-drive versions, however, offer a much bigger alternative than a traditional station wagon.  This 1973 International Travelall originally listed in March 2021 on Craigslist  in Island Heights, New Jersey likely spent most of its early days providing a large family with impressive station wagon duties.   Comparing this asking price against the Collector Car Market Review indicates the current asking price falls between this guide’s #4 “Fair” estimate of $5,150 and its #3 “Good” appraisal of $9,750.

Through 1980, tractor and heavy-duty truck maker International Harvester offered consumer-based vehicles. While its Scout SUV is very well known, less famous is its  Travelall line of vehicles manufactured from 1953 to 1975.  Derived from the company’s truck line, the Travelall was a truck-based station wagon. One of the first competitors to the Chevrolet Suburban, the Travelall was a forerunner of modern people carriers and full-size sport utility vehicles.

The fourth-generation Travelall debuted in 1969 alongside IH’s new D-Series pickup trucks. Sized roughly between the Jeep Wagoneer and the Chevrolet/GMC Suburban, the Travelall was marketed as a truck-based station wagon. While still maintaining mechanical commonality with the Light Line pickup trucks, International had largely split the Travelall into a distinct model line, slotting it above the Scout SUV. Fourth-generation Travelalls came in either in 1000, 1100, or 1200 payload series. As with the third generation, the 1969 Travelall was offered in both two-wheel drive and four-wheel drive configurations. In line with the Suburban, the Travelall was also offered with up to three rows of passenger seating. While offered in a single trim level, the Travelall was offered in multiple interior configurations, ranging from relatively spartan to well-equipped versions sharing features in line with full-size station wagons (including exterior woodgrain trim).

This 1970 International Travelall commercial currently posted on the Osborne Tramain YouTube channel shows just how capable these truck-derived wagons were:

Fourth-generation Travelalls were rare to find when new, and poor factory rust-proofing when new make these an even rare site today.  The seller reports their Travelall runs and drives well, so after purchase, you can focus your initial attention on getting the interior back to par.  We also have a feeling with a bit of time the faded paint can be polished out to something more like new.

Had it for 3 years, but now also have a project house, project boat, and my son’s project car — so we need to say goodbye to the “Timehopper.”

Fixed a bunch of stuff, but never got to paint and interior. We drive it regularly, 3-4 times a week around town.

No rush to move it, so will not consider low ball offers. Super rare, awesome pandemic project.“

Restore or drive As-Is: What would you do with this ’73 TravelAll?  Comment below and let us know!