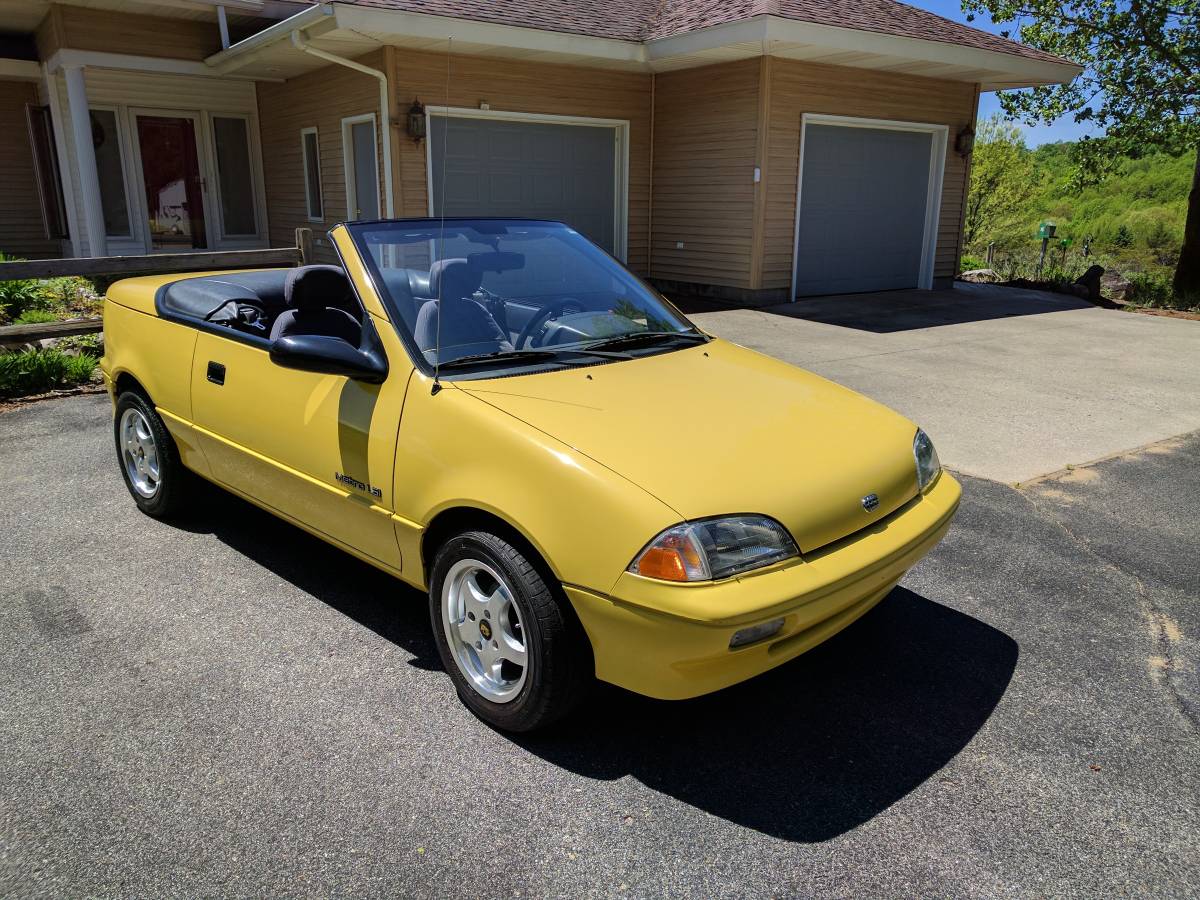 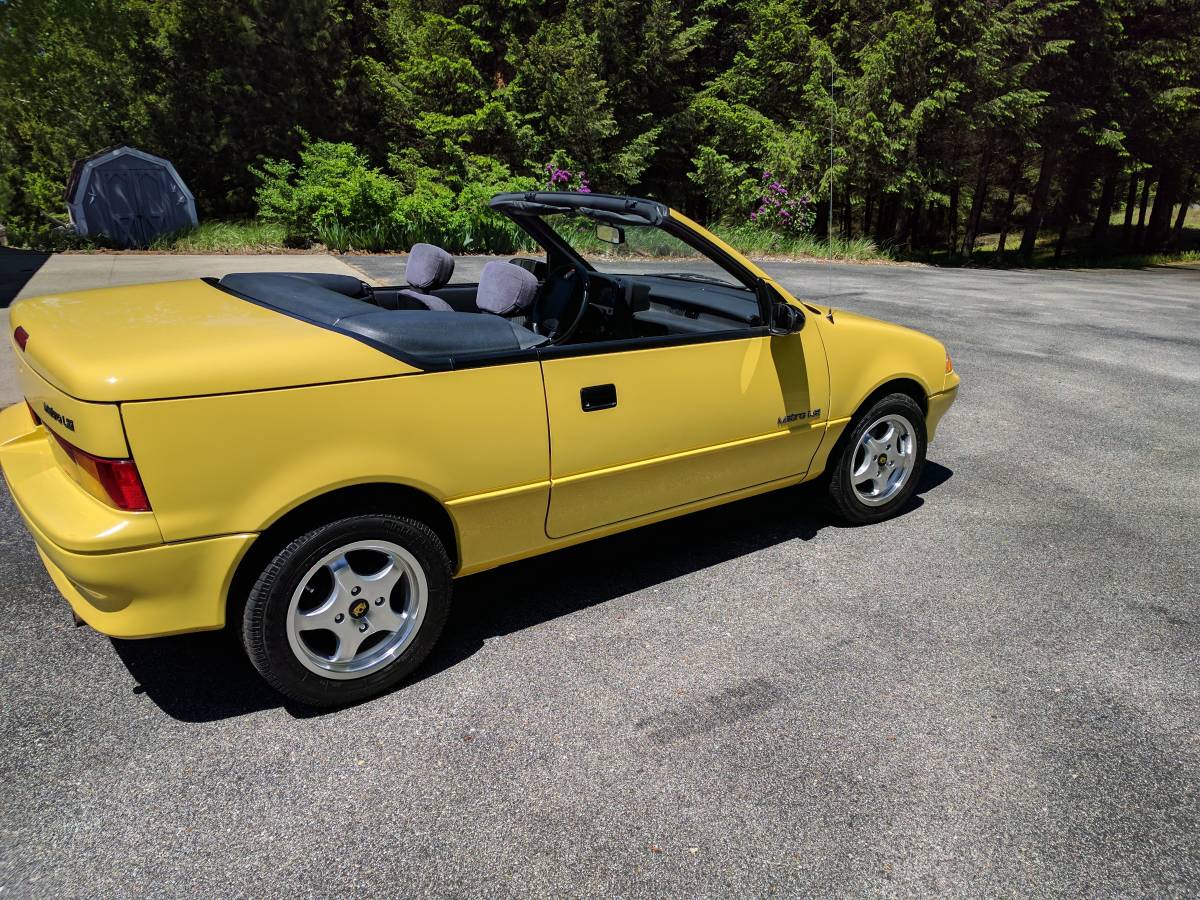 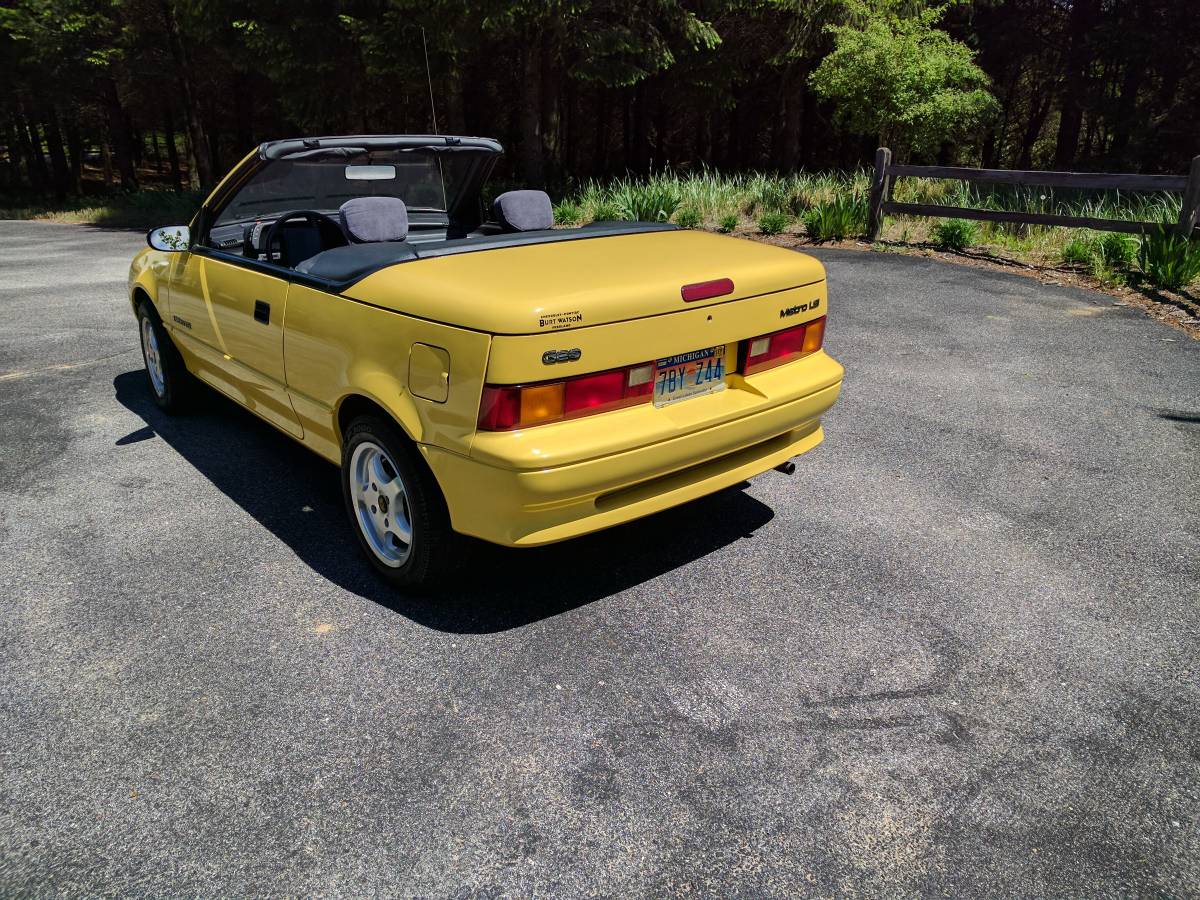 March 17, 2021 Update – we confirmed the seller of this Geo Metro “Classifind” deleted their listing, so we’re now able to call this one “SOLD!” While this one got away, please reach out either by email or call Rudy directly if you’d like to be informed when we come across something similar.

One of the stranger phenomenons to come out of the early 90s (beyond the appreciation for teal and pop-up headlights) was the legacy of the Geo Metro LSi convertible, such as this nicely preserved example originally listed in March 2021 on Craigslist in Tampa, Florida by the original owner who purchased it new in Michigan in 1991. The seller is asking $5,800 for the car, which has under 60,000 original miles. Comparing this price against the NADA Price Guide isn’t a perfect science, as the “High” retail is $1,450, but given the small but mighty following for this compact convertible, it’s not necessarily an accurate measuring stick.

It’s fairly well documented that the Geo Metro enjoys a bizarre cult-like following to this day. For the life of me, I cannot figure out why, other than it’s a cheap car with decent reliability and exceptional gas mileage. You’d hate to be one of the suckers during the last gas price spike who raced out and paid two or three times the going rate for a Metro just to have a fuel-sipping car in the garage. What is the spell this 1.0 liter, three-cylinder runabout casts on people? They were thrashy, cheap cars when new, and nothing has changed – yet I have little doubt a survivor convertible like this will find a new owner fairly quickly. On the upside, the Metro LSi, especially in yellow, does tend to score points with the rad era crowd of enthusiasts, so you’d be welcome at local car shows featuring 90s classics.

The Metro LSi convertible seen here looks better than most, helped by two factors: its low mileage, and some tiny 13 inch wheels that actually look pretty sharp on a truncated car like the Metro. The seller notes the car was purchased new in Michigan and is now a full-time Florida resident, so it seems likely it became a snow bird’s car not long after it was bought, which could explain the meager mileage. Though no maintenance records are mentioned, one of the more appealing aspects of owning a car like this is the limited amount of components that could actually fail, and the generally respectable quality of the drivetrain. The seller claims the top is in great shape, and that the air conditioning still works – sort of a must-have for the upcoming Florida summer. If you’ve got a summer home somewhere and an affinity for early 90s econoboxes, this Metro LSi is calling your name. Good luck with the purchase if you decide to take this gas-fueled rollerskate home!

“Ready for historical plates. Bought new in 1991, one owner. Mechanically perfect, everything works incl a/c. All original except new battery & 13” custom wheels. Always stored and garaged inside. Top and body work is immaculate, not a scratch. No accidents. Clean MI title. Typo error in first listing. Stick shift, drive it away, take it to car shows.“