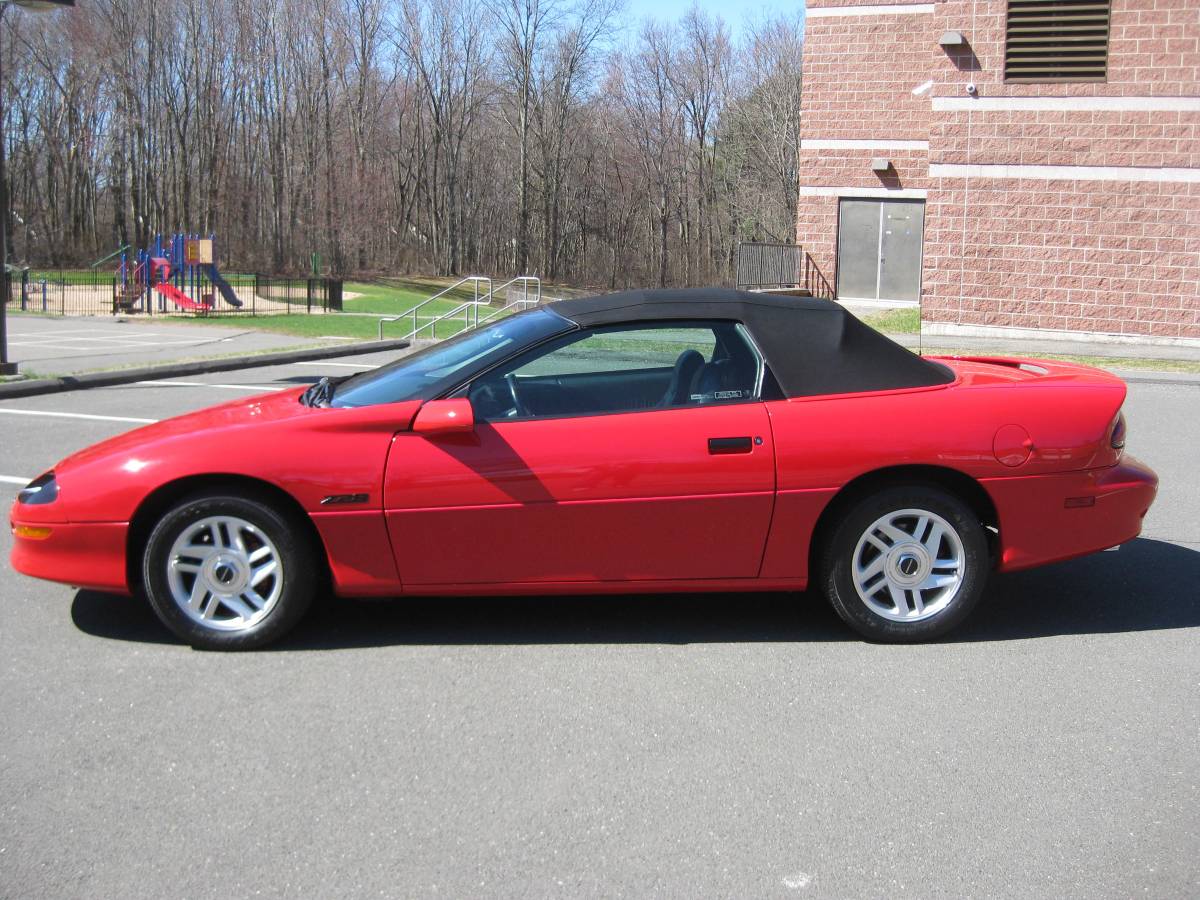 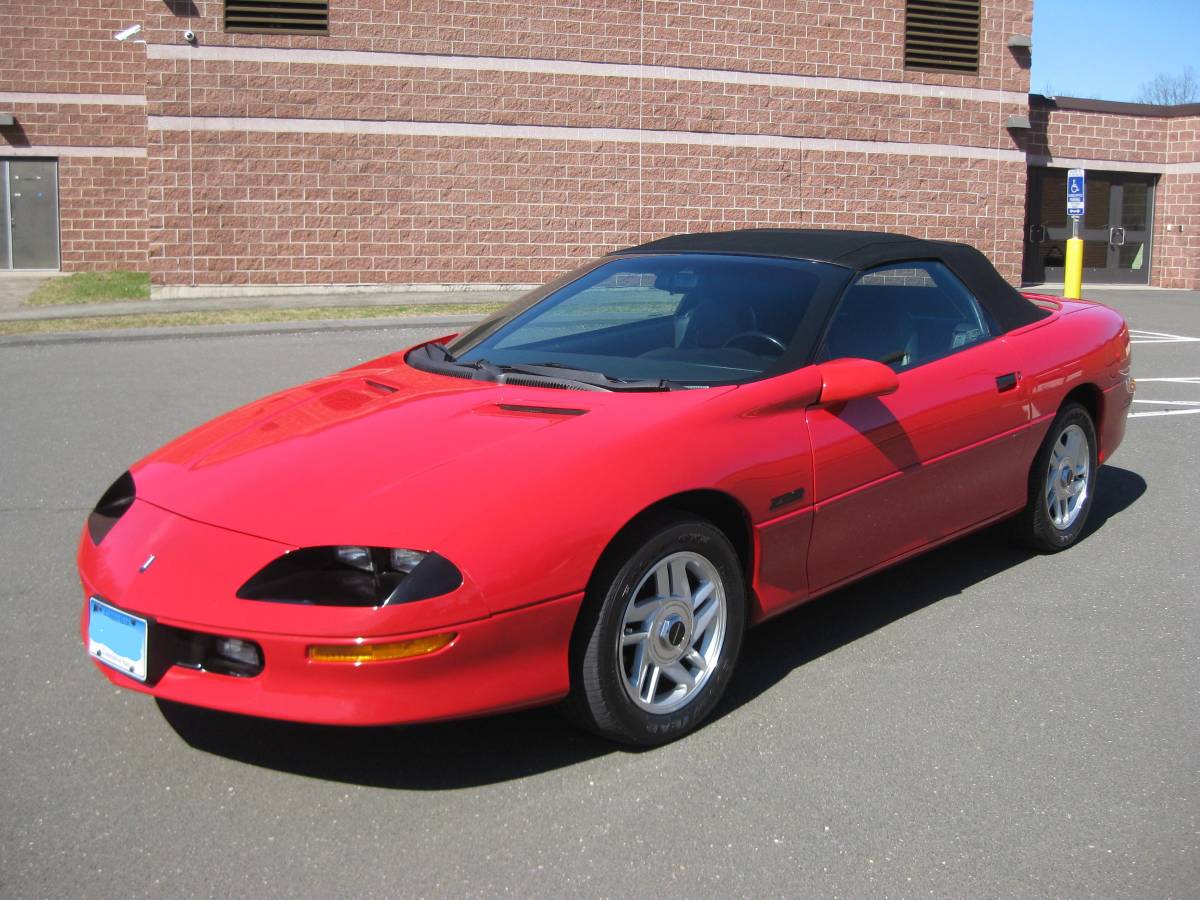 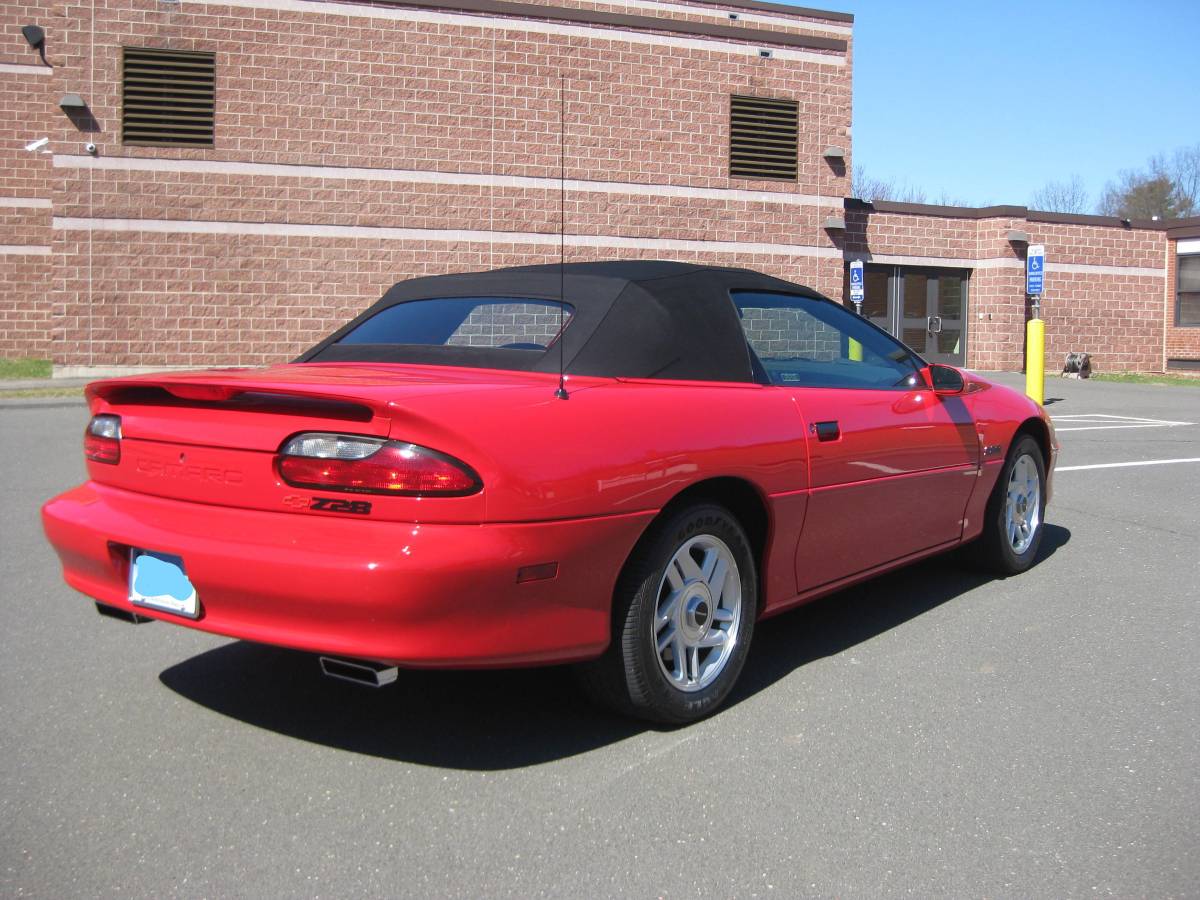 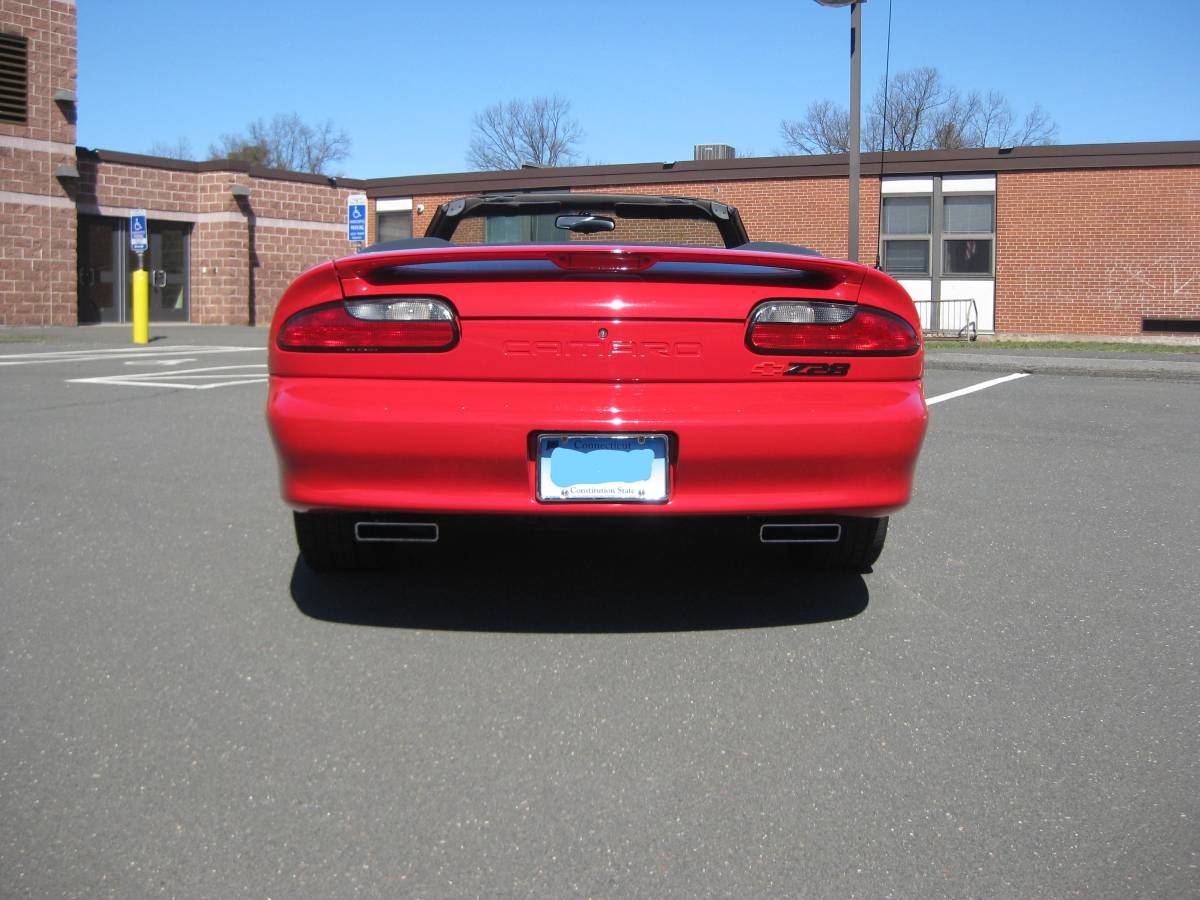 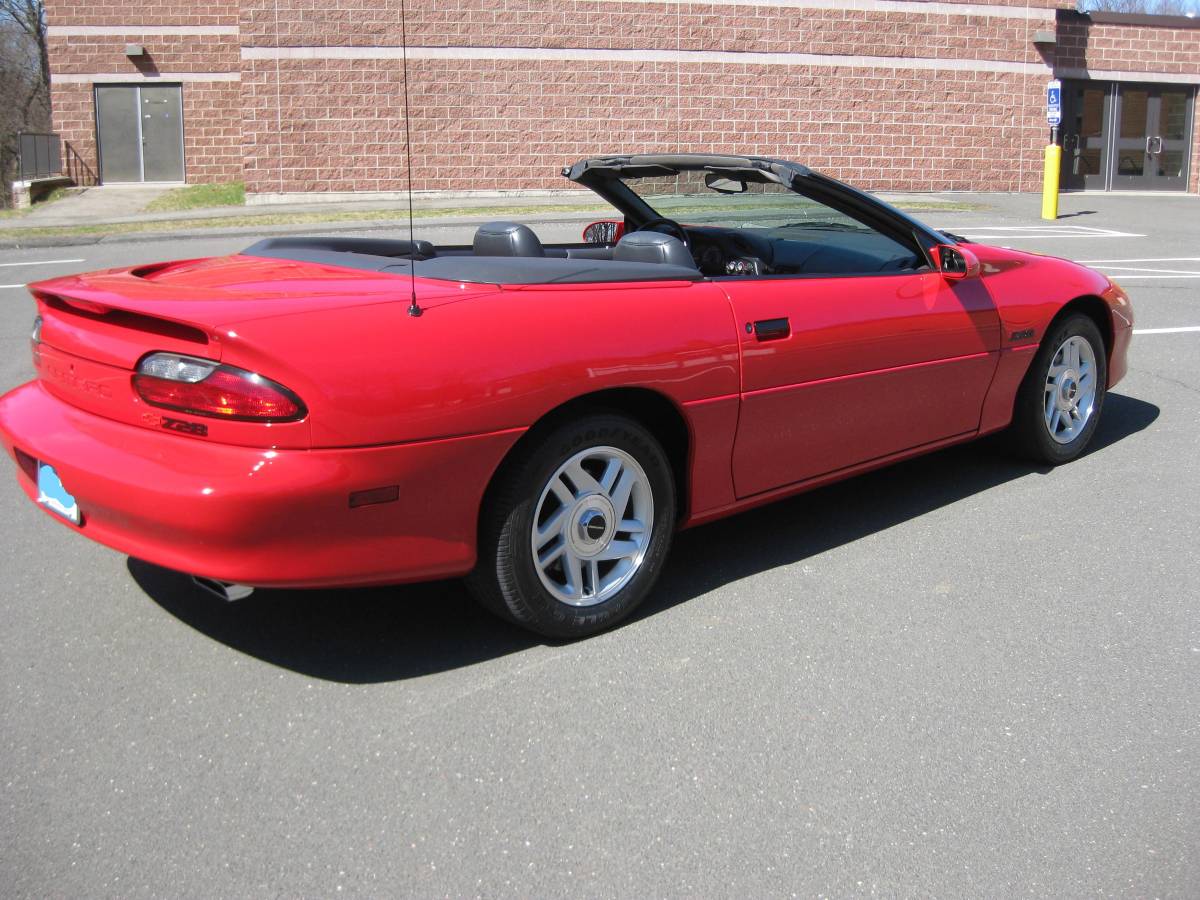 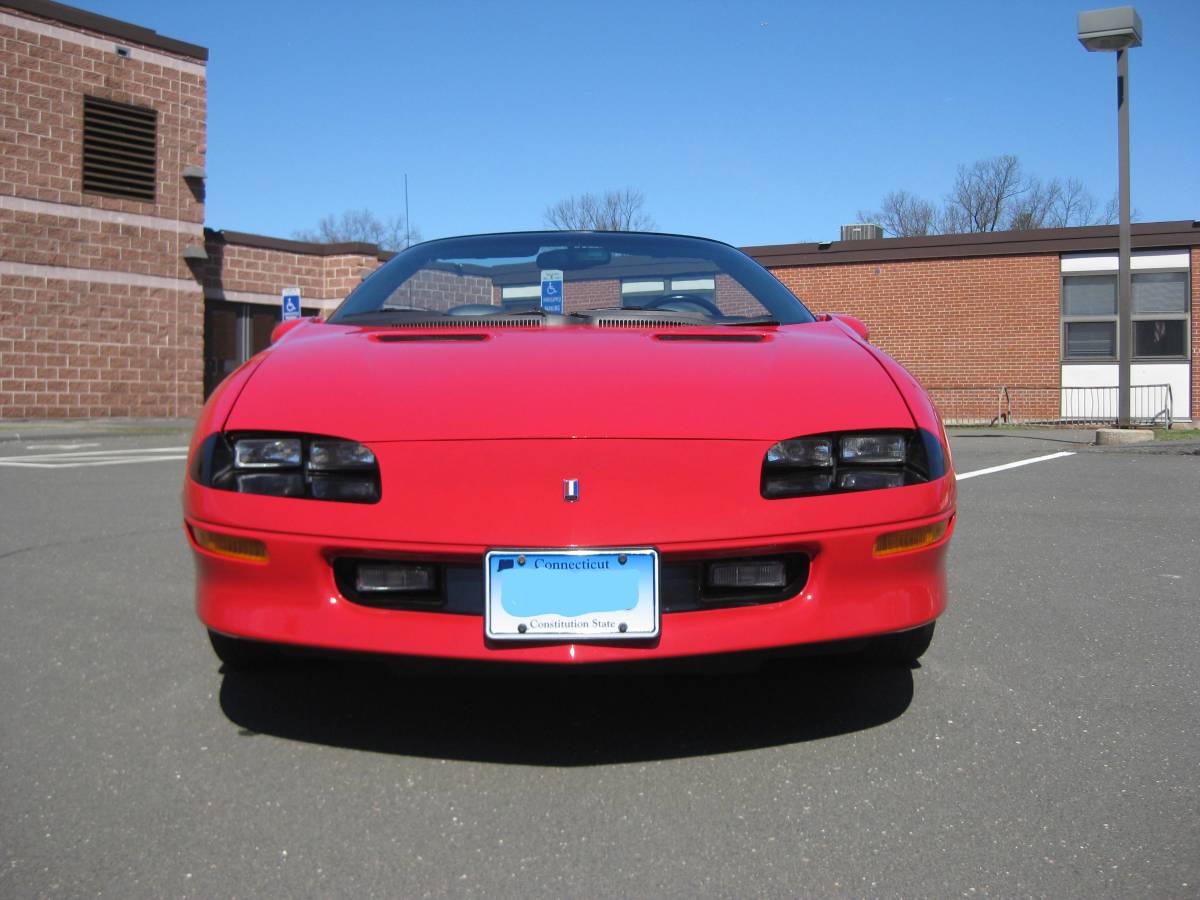 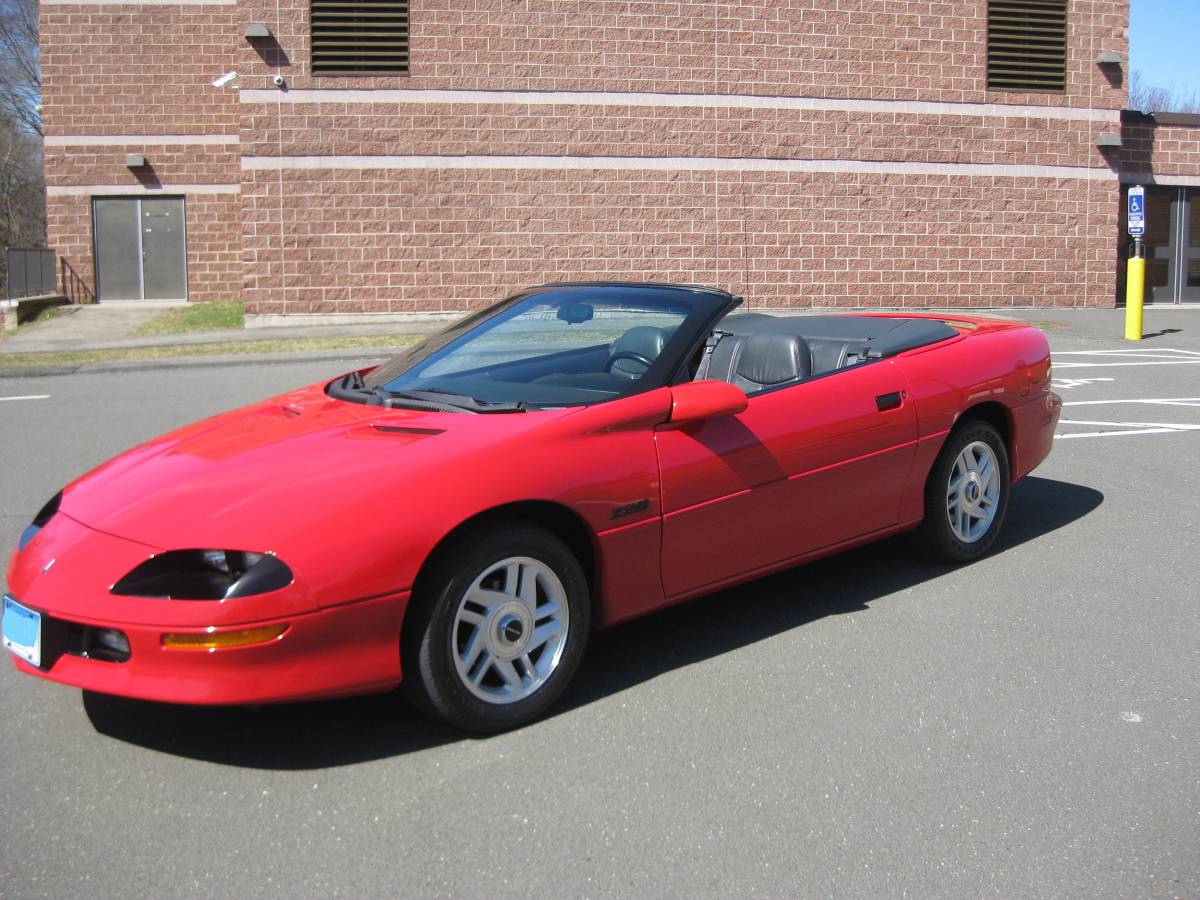 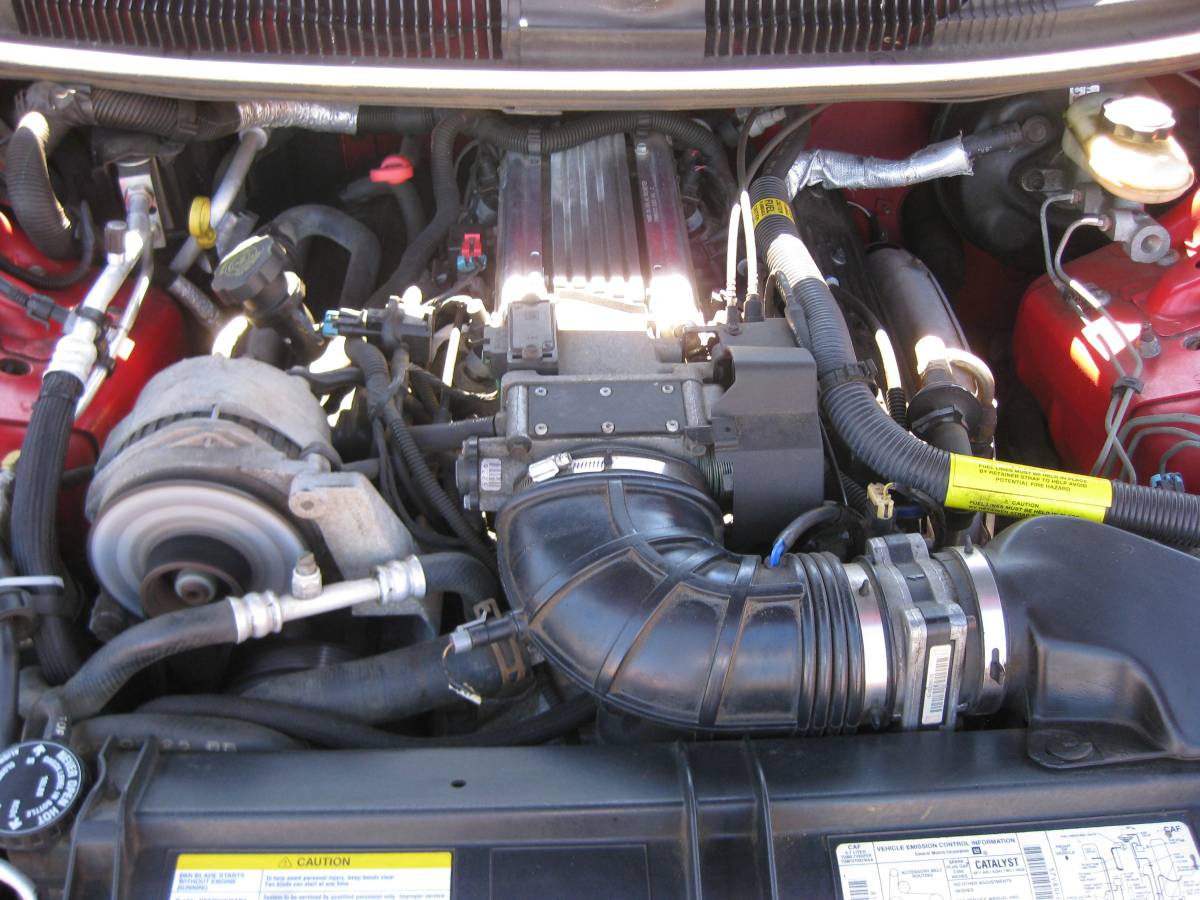 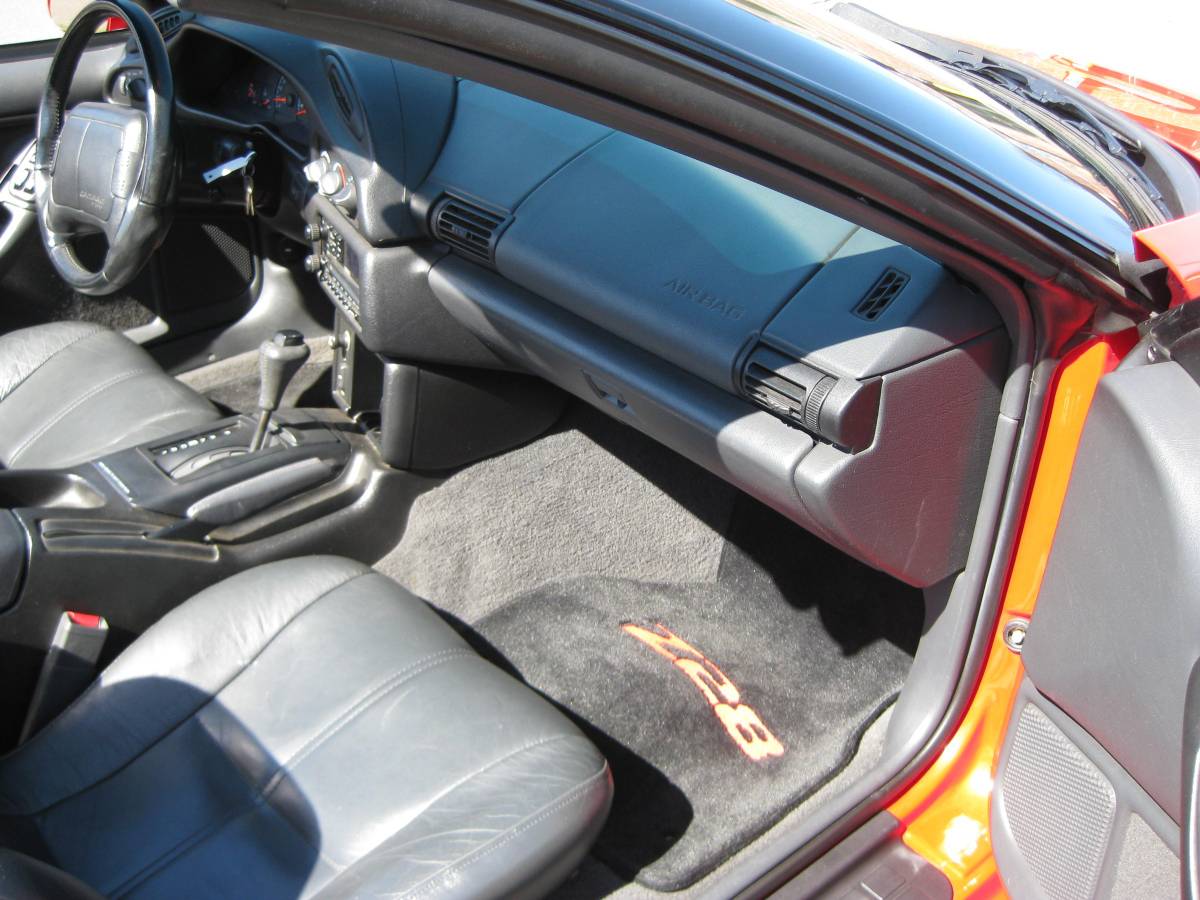 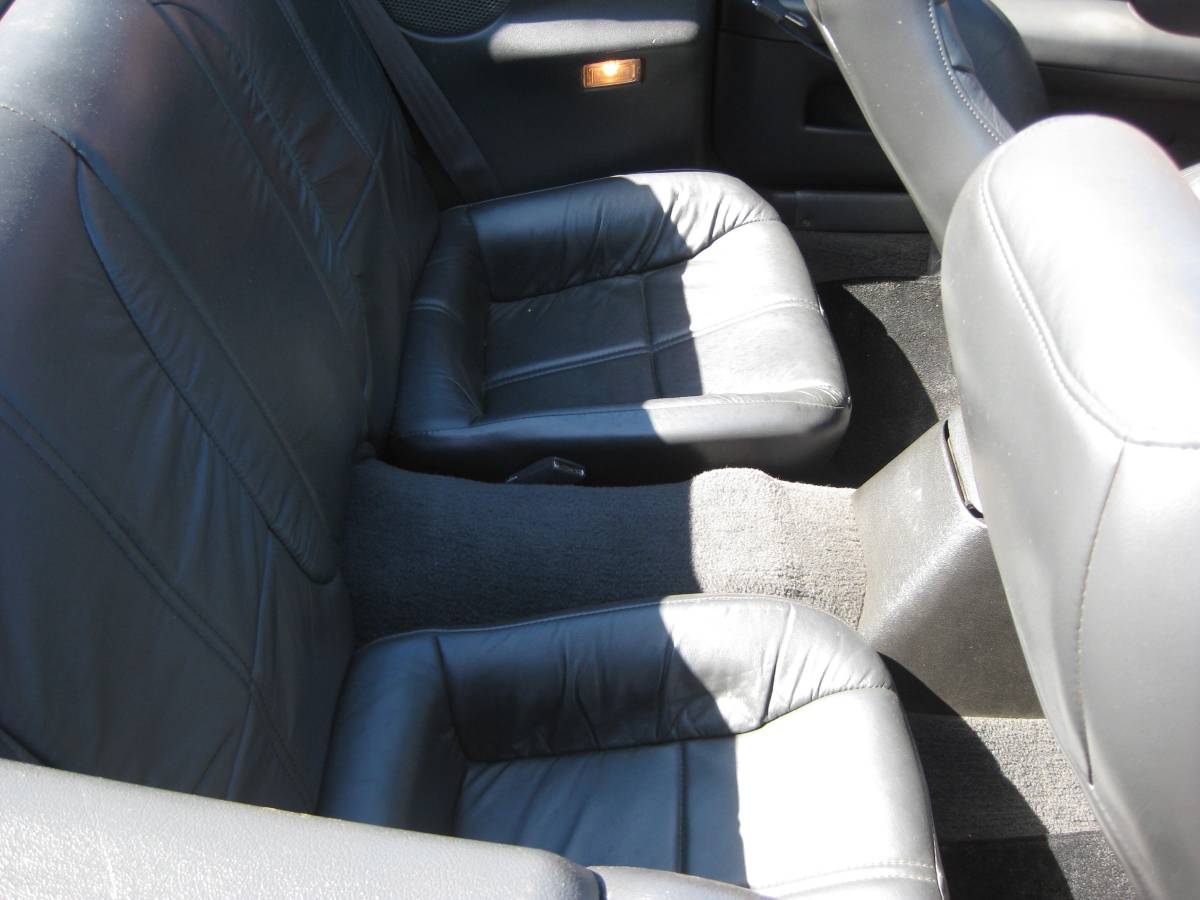 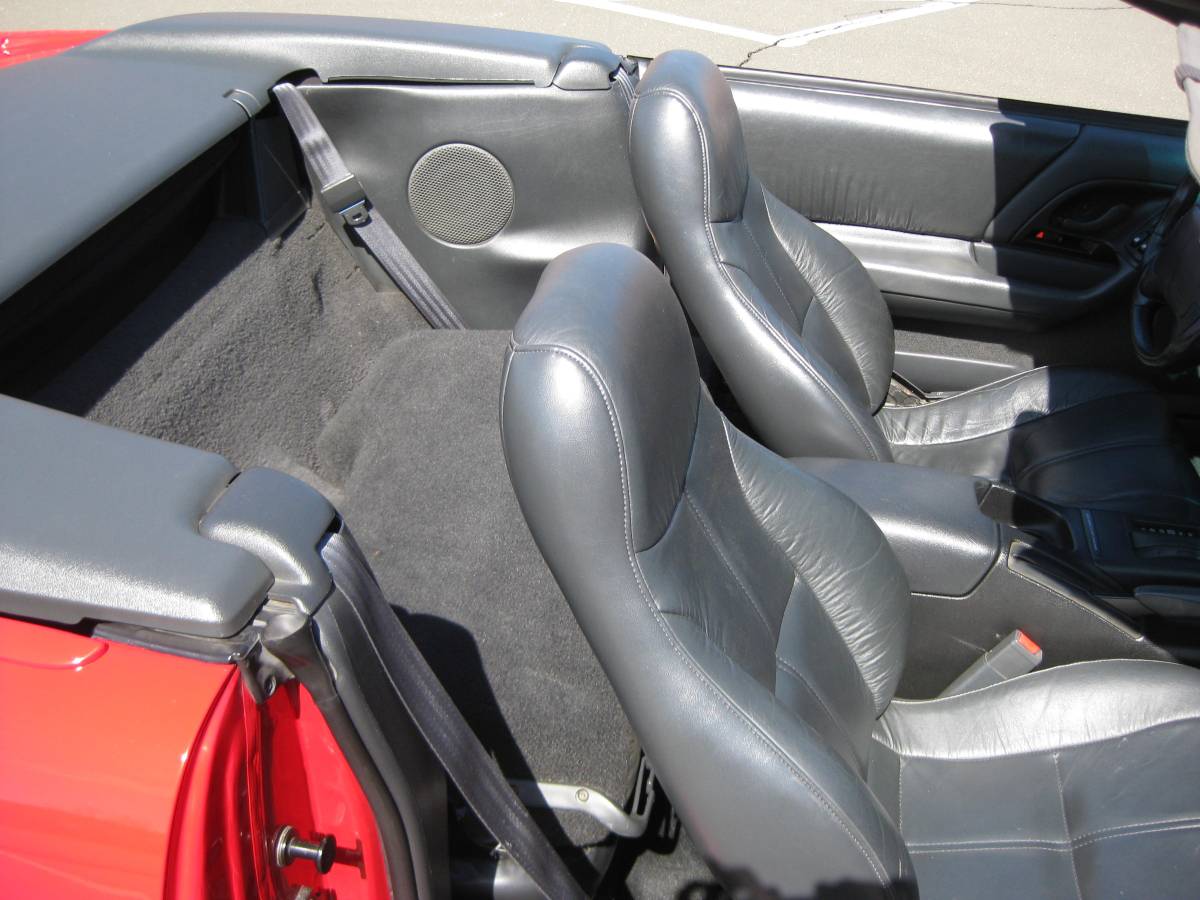 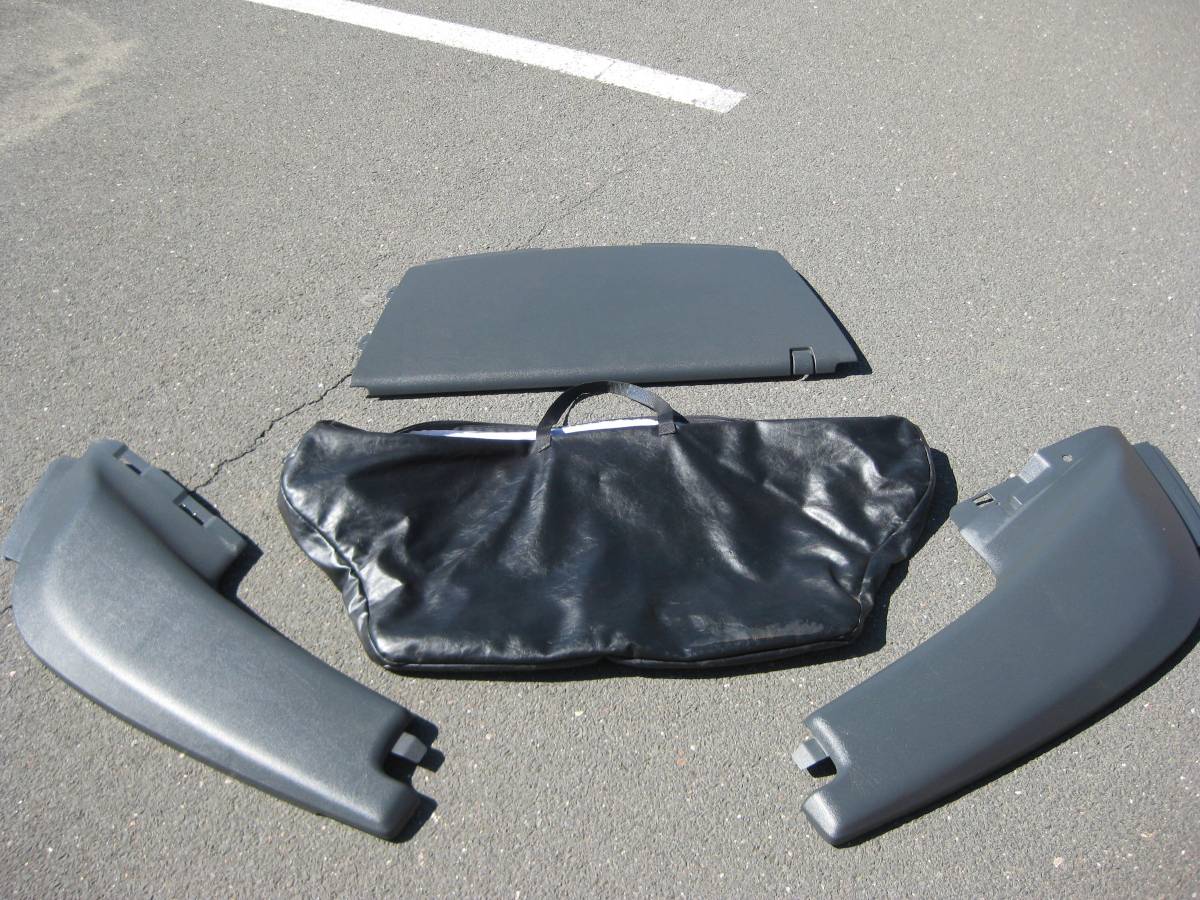 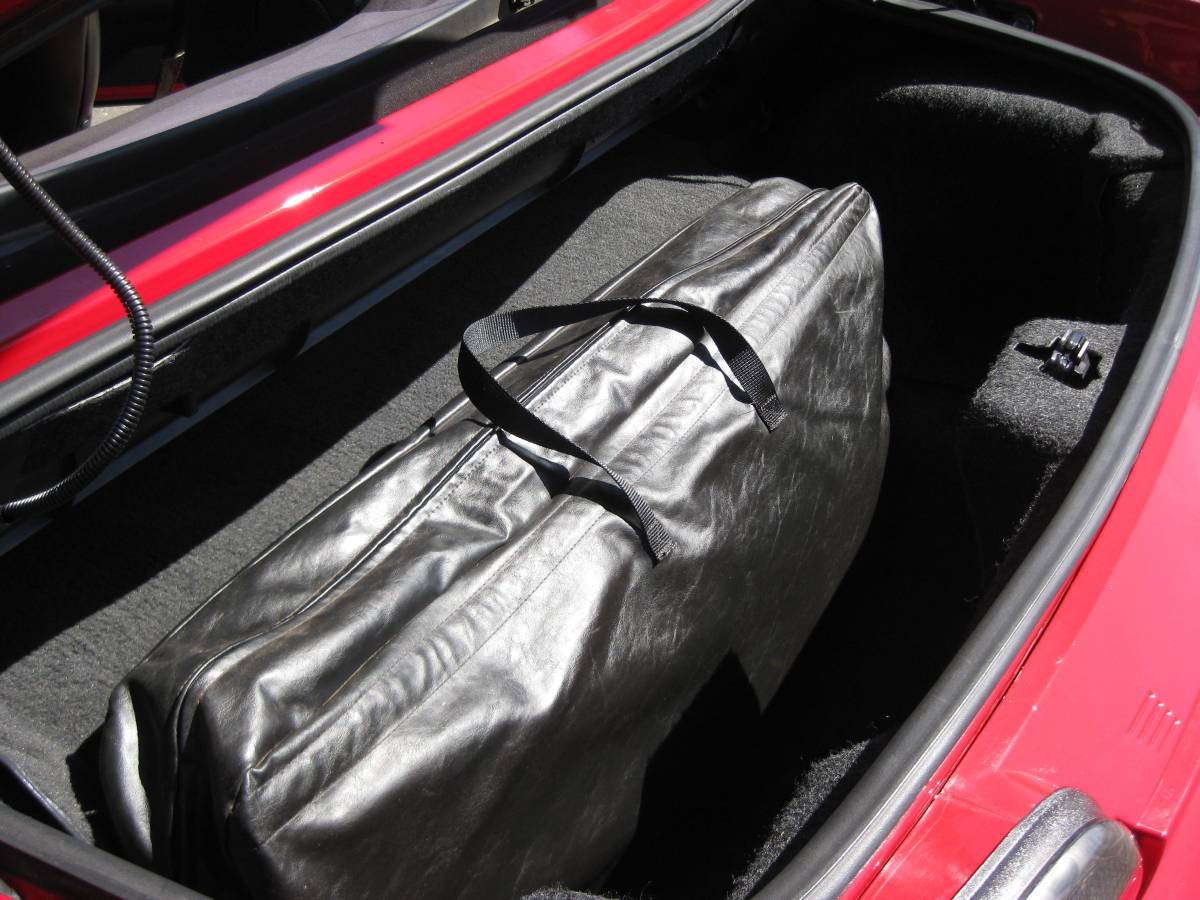 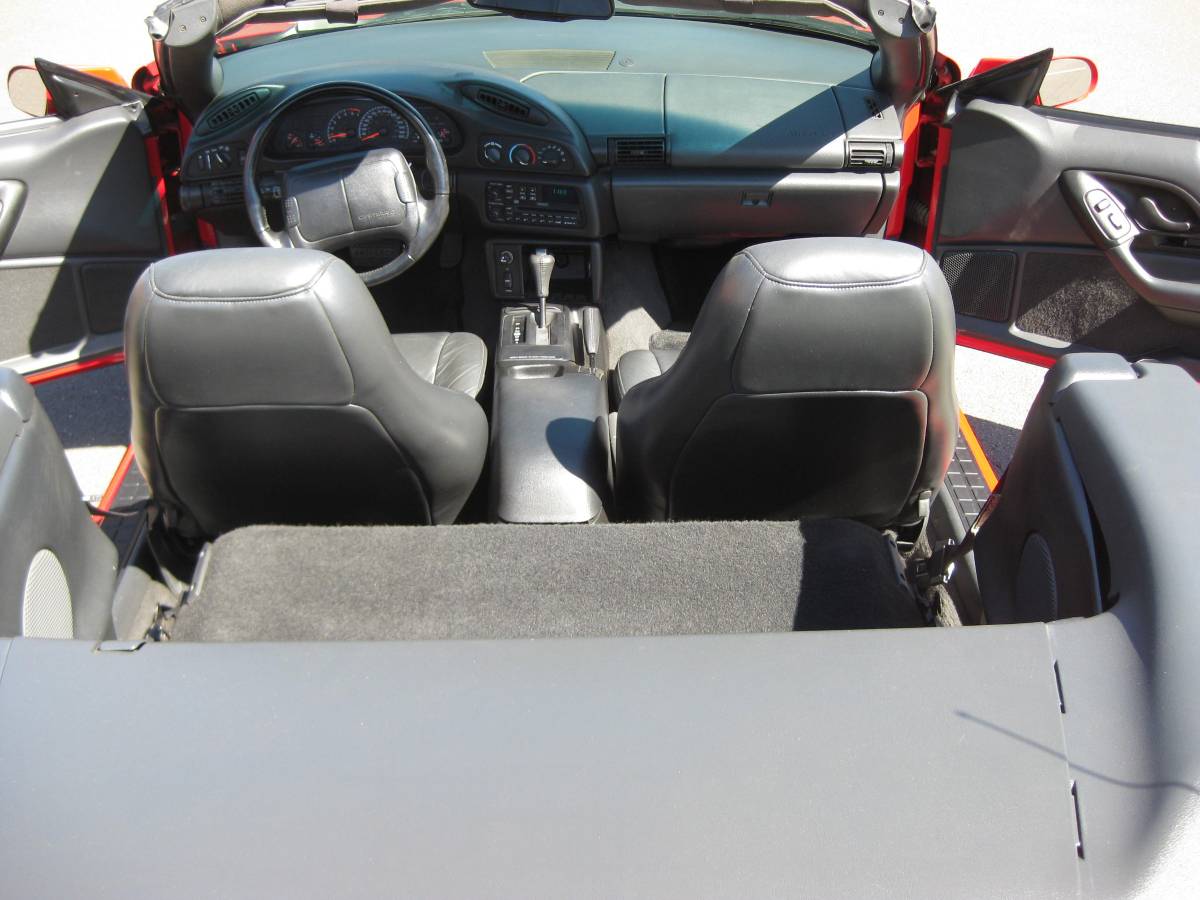 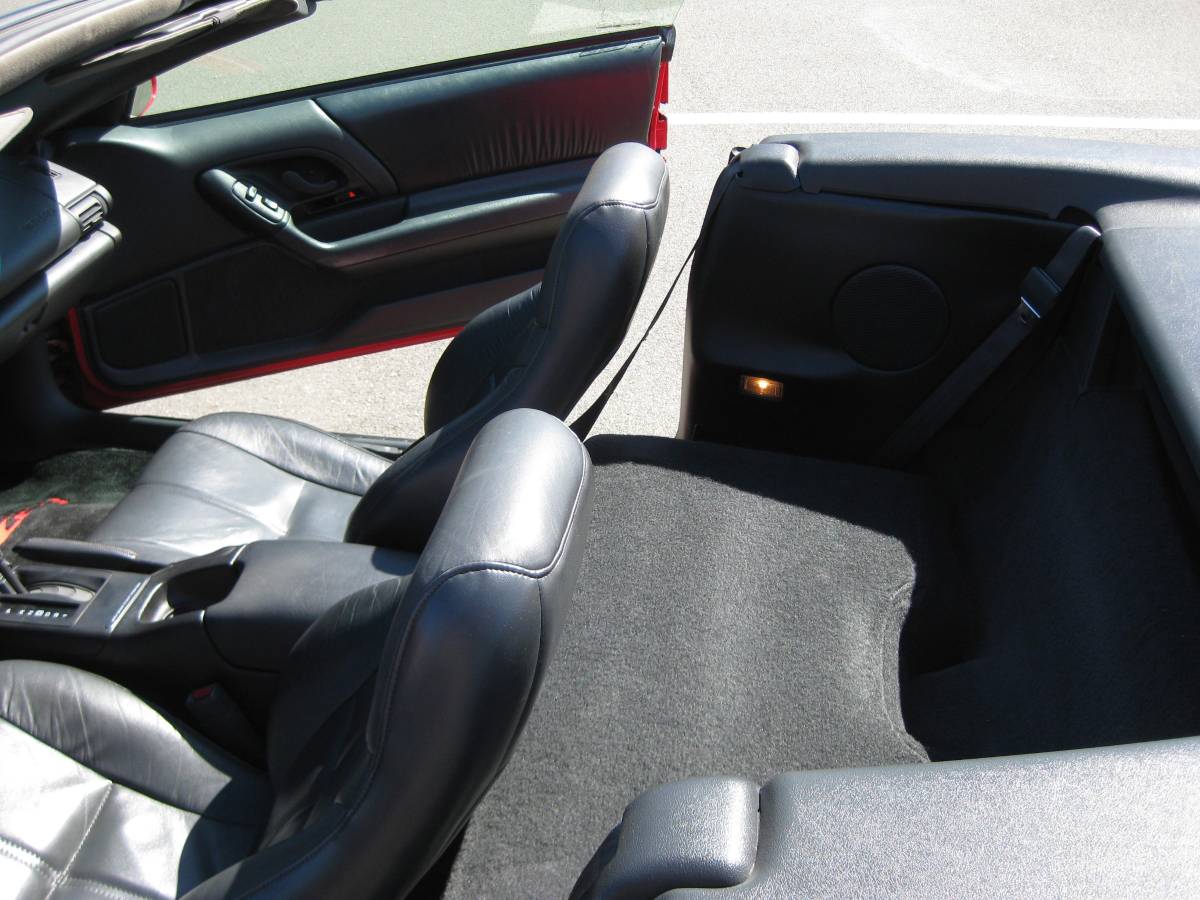 April 21, 2021 Update – We just confirmed the listing for this “Classifind” expired, so with no replacement found we’re assuming this ride “Sold?” While this one got away, please reach out either by email or call Rudy directly if you’d like to be informed when we come across something similar.

We challenge any enthusiast to drive first-, second-, third, and fourth-generation Camaro Z/28’s side-by-side before deciding which one to buy.  With 325 foot-pounds of torque on tap from its C4-Corvette-sourced 350 cubic inch LT1, we’re willing to bet the sub-ten-large price tag of a fourth-gen will be very hard to resist compared to the way overpriced and inferior handling first- and second-gen models.  We get it: you probably want to drive the generation being produced while you were in high school.  Candidly, the second-gen cars were in vogue when I first earned my driver’s license and those cars in stock form could not hold a candle to fourth-gen Z/28s such as this unmolested 1996 example originally listed in March 2021 on Craigslist in Newington, Connecticut (Hartford) with an asking price of $9,500.   Comparing this price against the Hagerty Insurance Online Valuation Tool confirms this private seller has their Z/28 priced nicely between the #4 “Fair” (Daily Driver) estimate of $8,800 and the #3 “Good” appraisal of $11,100.

1996 was the third model year for the fourth generation of Chevrolet’s F-Body Camaro.  The high-performance Z28 model came standard with the same 5.7 liter (350 cubic inch) LT1 V8  producing 275 horsepower and 325 pound-feet of torque that Chevrolet introduced on its Corvette one year earlier.

“An 18-day strike about outsourcing idled 81,500 General Motors workers in March 1996, and continuing labor unrest curtailed GM’s annual auto production. Camaro deliveries were halved to 61,362 units, despite the addition of two models to the 1996 Camaro range.

The OBDII (on-board diagnostics) system was refined, much easier to read remotely, and increased the 350 cid LT1 V-8’s output to 285hp through two catalytic converters. The 200hp 231 cid V-6 was standardized for the base Coupe and available with a 5-speed manual or automatic transmission.

Perhaps the biggest news for 1996 was, for the first time since 1972, a Camaro SS was available. The option package from SLP Engineering added 30hp to the LT1 engine, in part through functional hood scoop induction. The SS also had a restyled deck spoiler, revised suspension and 17-inch alloy wheels. 1996 Camaro SS colors were limited to White, Polo Green, Teal Black and Red. In all, 2,257 customers parted with $3,999 for one.

The numbers of options plunged but continued to deal with comfort and convenience. Air conditioning was almost universal, followed by cruise control, fog lamps, power hatch, remote keyless entry and power door locks, windows and mirrors. Three-quarters of the cars (44,003) had automatic transmissions for an extra $790.

Performance packages continued to be offered to enthusiasts, but relatively few were ordered. The B4C Special Service (police) Package cost $3,369 with a 6-speed manual gearbox, $4,905 with an automatic transmission. Only 228 selective buyers ordered this excellent sleeper, which combined the base model with the Z28’s LT1 V-8, disc brakes, sport suspension, dual exhaust, Positraction and quick steering. A similar Y87 performance package offered similar equipment in combination with the 200hp V-6 engine and 8,734 buyers spent $400 for that. As before, the 1LE Track Car Special Performance Package was available for $1,175 and 55 hardcore buyers signed up.

The Tyler Hoovie YouTube Channel bought a similar well-preserved model about one year ago and here’s his take on the fourth-gen Z/28s:

We love the unmolested, well-preserved vibe we’re getting from this Z/28 convertible.  What’s that you say? You’d rather have a manual version?  So would we.  Luckily, complete plug-and-play six-speed conversion kits such as this one are readily available for less than three thousand. So, let’s review: for the cost of the car, the six-speed conversion, and A/C repair, you can own a leather-lined Z/28 for less than $15,000 that sounds great and will out-accelerate and out-handle any prior generation Z/28 for half the money. Did we mention the top also drops on this car?

“One of the nicest looking and driving all original and unrestored Z28 convertibles you will find. Powered by the LT-1-350 cubic inch V8. It has a black leather interior with a black convertible top and red exterior, pwr windows, pwr door locks, pwr mirrors, pwr driver’s seat, cruise control, Am/Fm/Cd. The air conditioner works but has a refrigerant leak and needs to be charged. The original black exhaust tips have been chromed and it even has the hard-to-find plastic parade boot and leather storage pouch. I have owned this car since July 2001 and I believe I am the second (not counting the dealer I bought it from) owner. This car has always been garaged and NEVER driven in bad weather.“

Slush Pump or Six-Speed: Would you do the manual conversion?  Comment below and let us know!