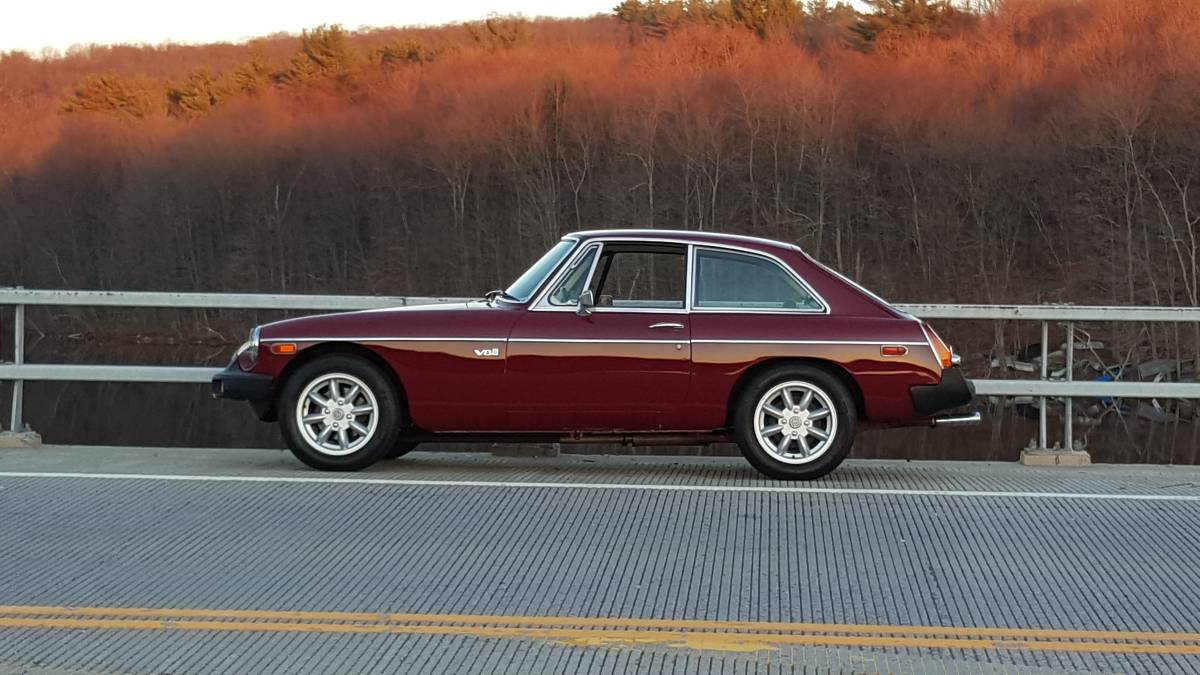 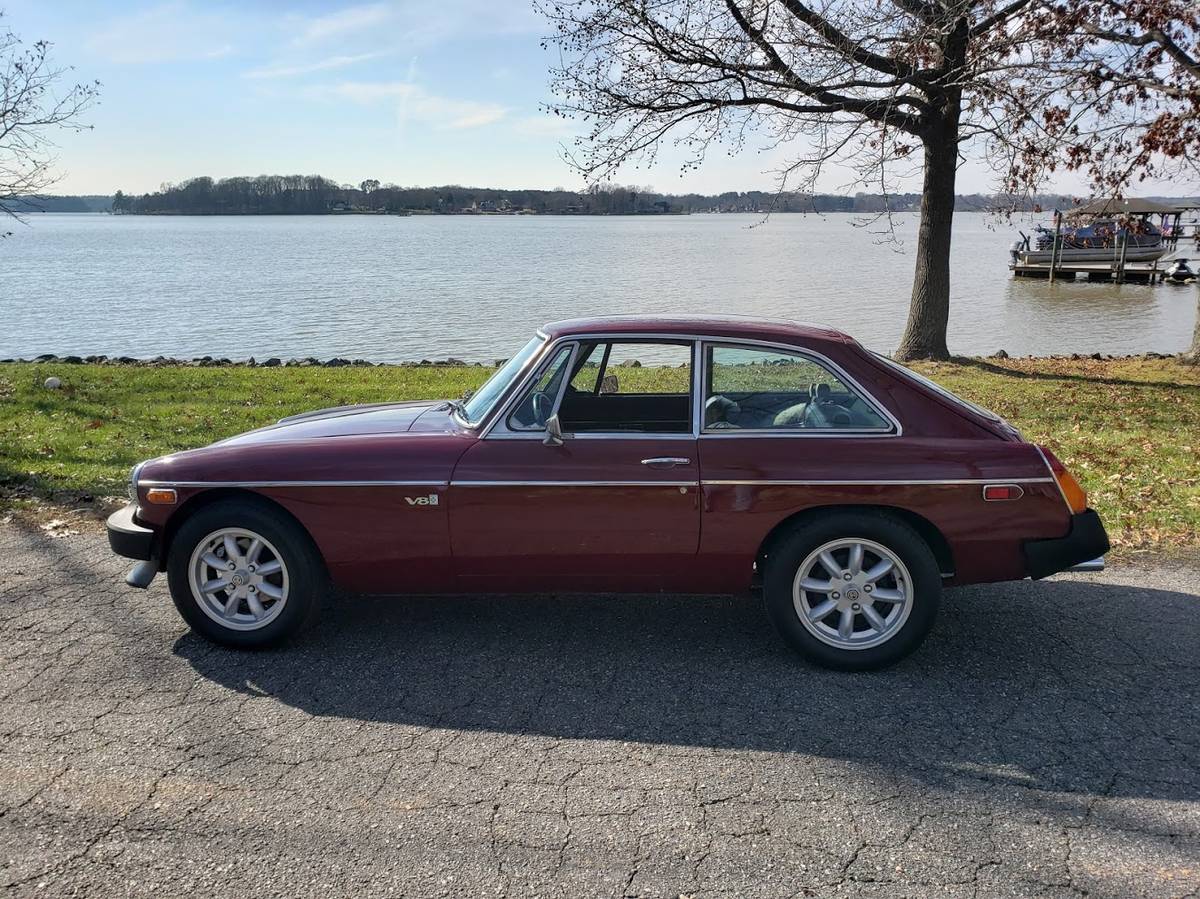 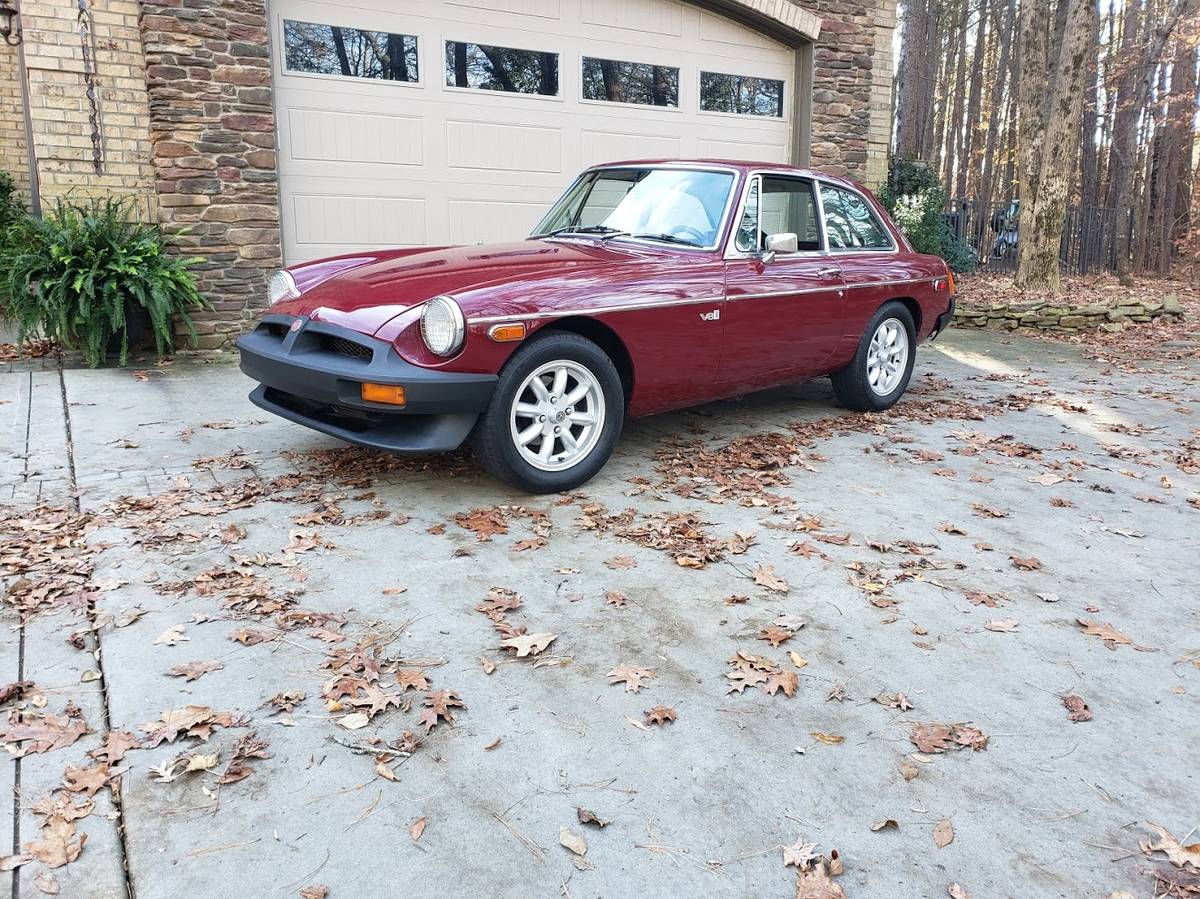 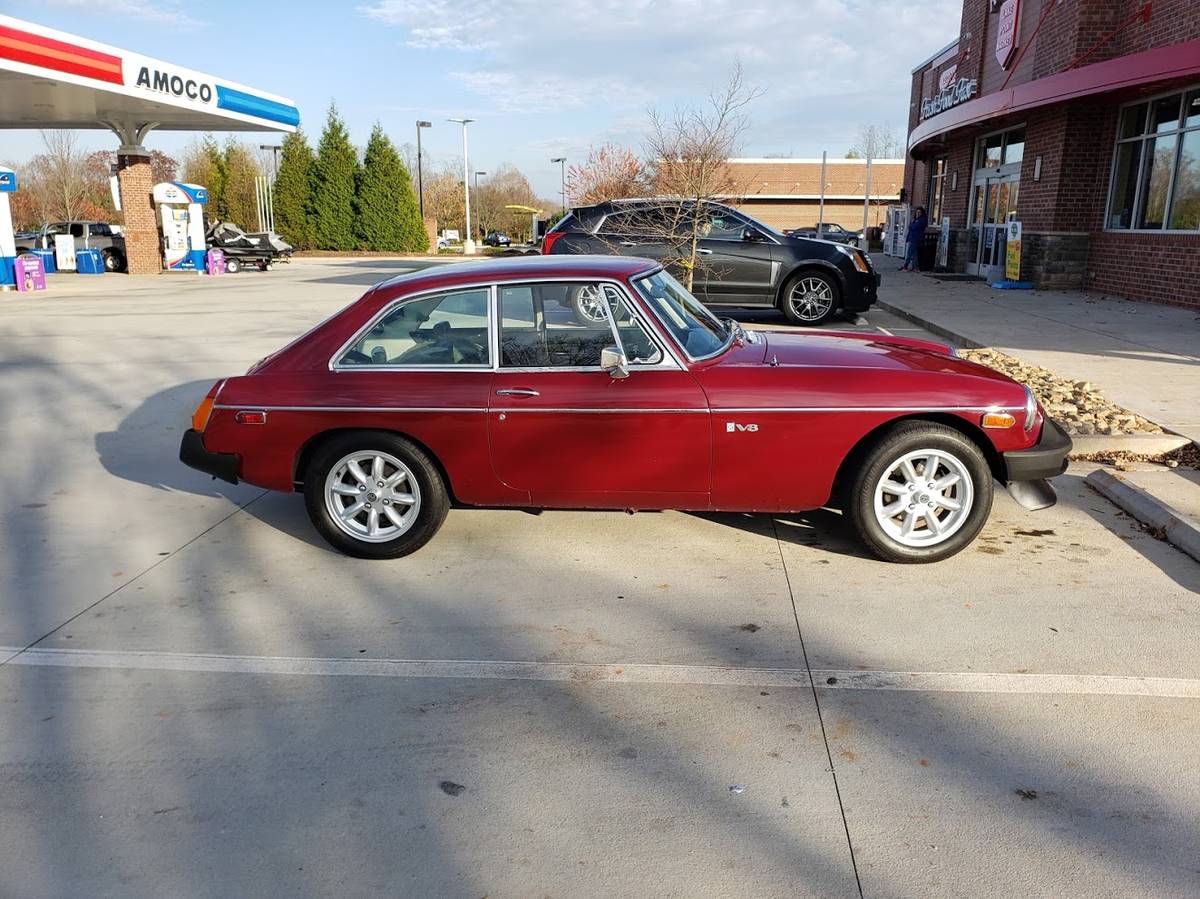 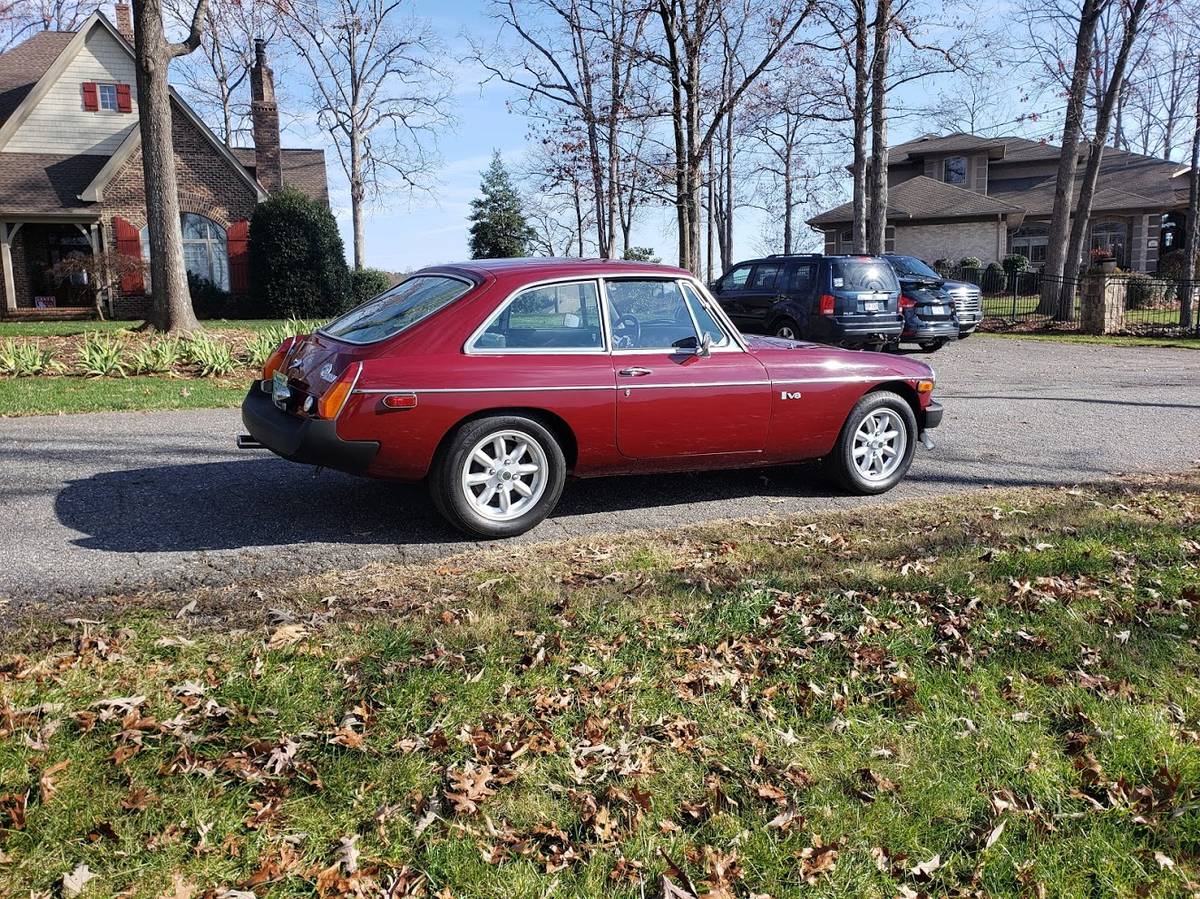 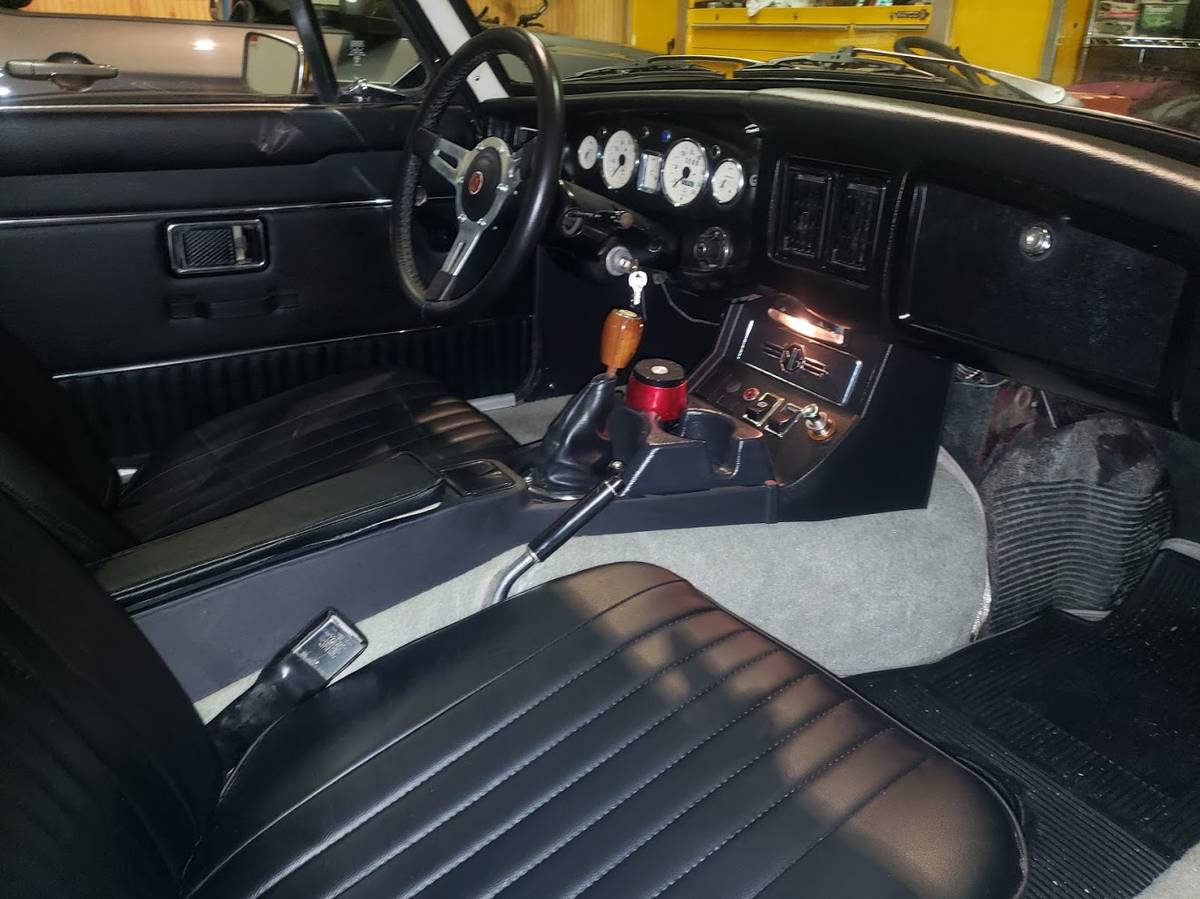 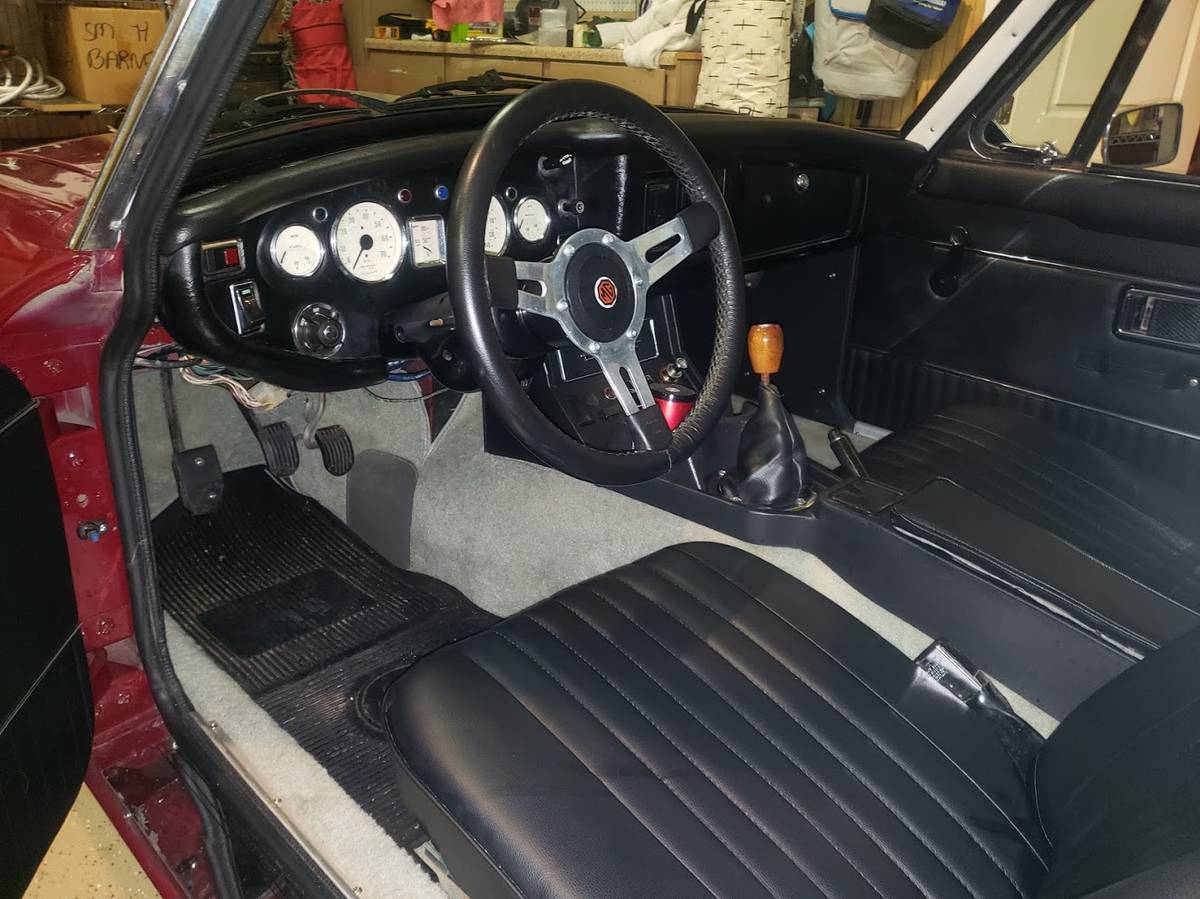 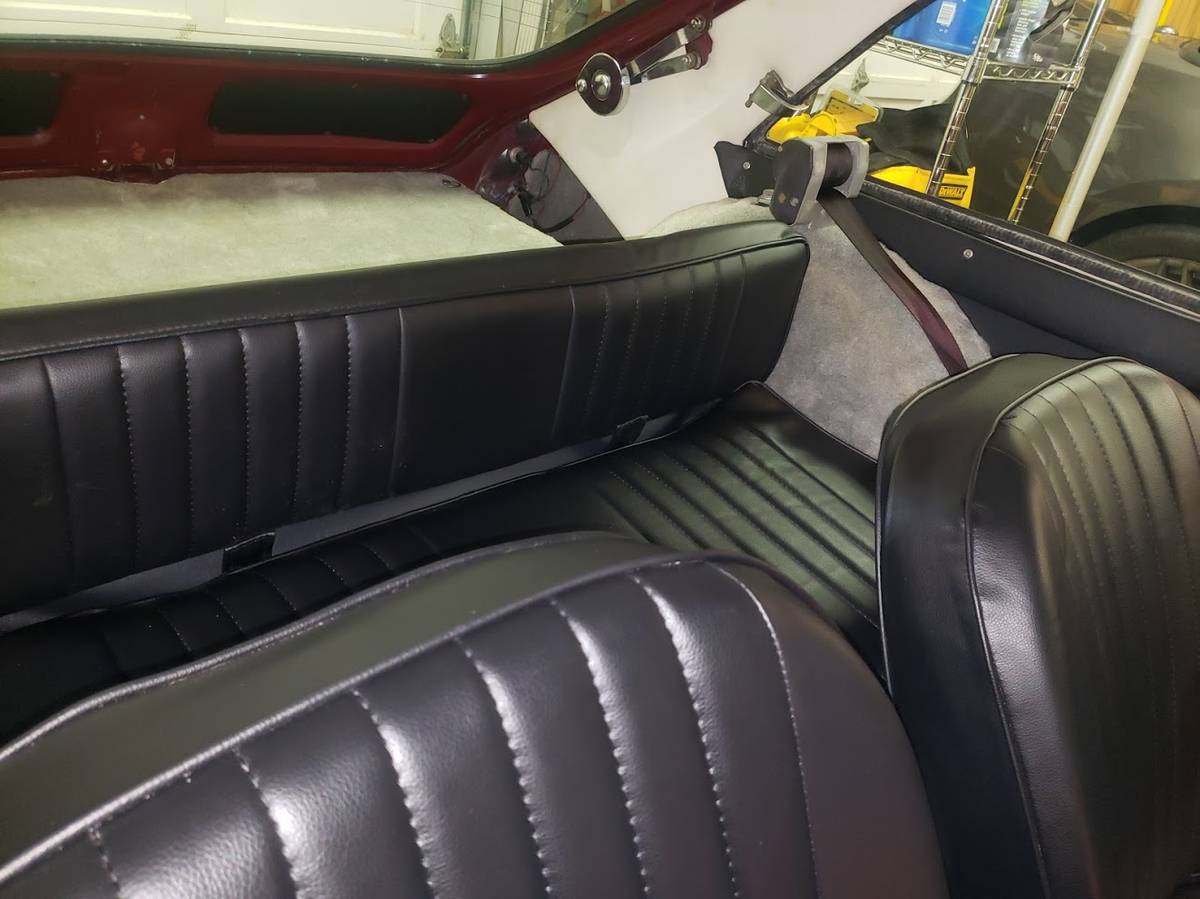 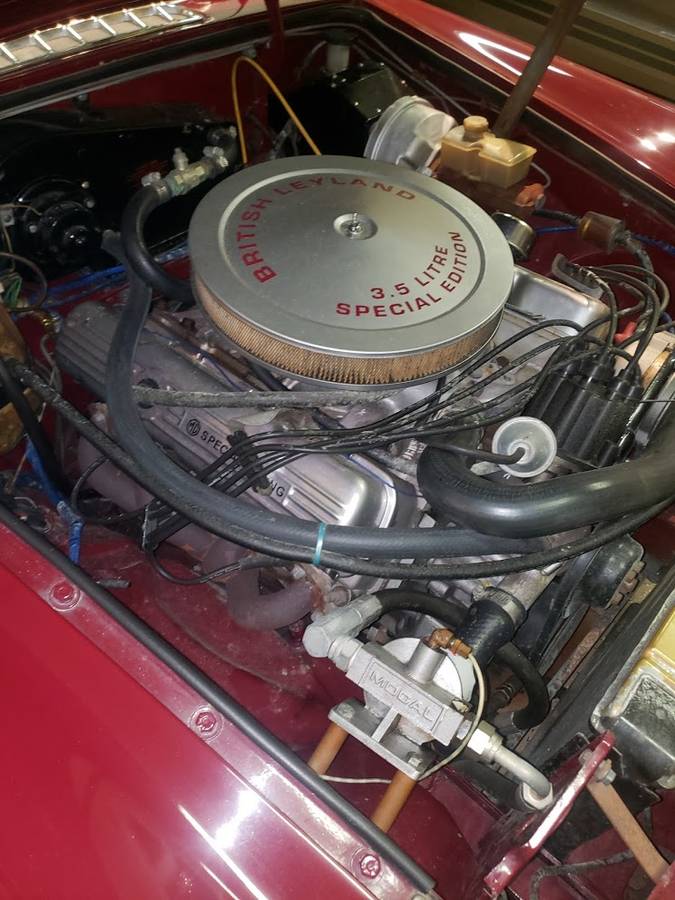 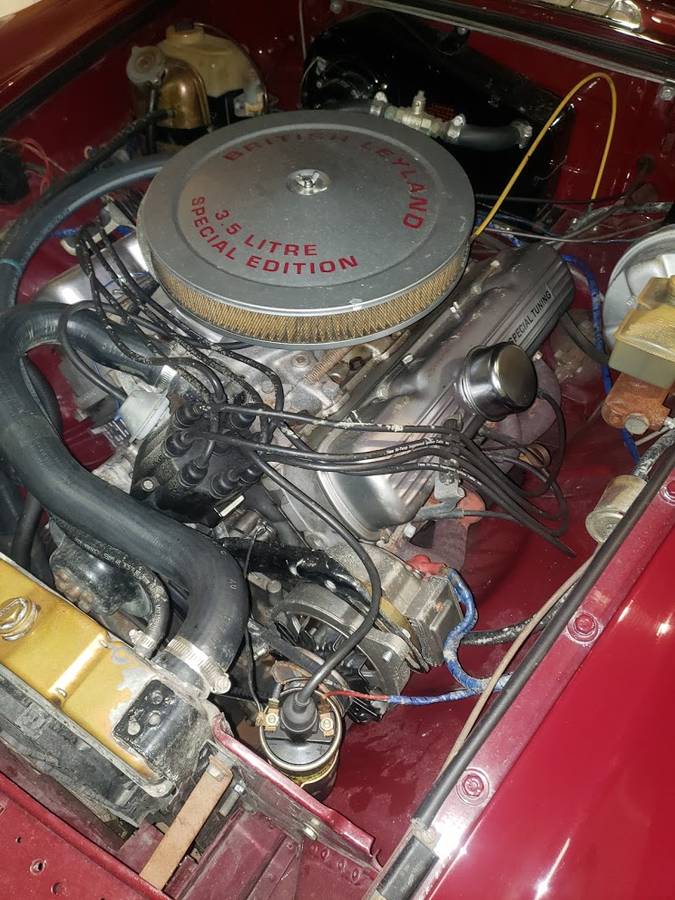 April 11, 2021 Update – We just confirmed the listing for this MGB GT V8 “Classifind” expired, so with no replacement found we’re assuming this ride “Sold?” While this one got away, please reach out either by email or call Rudy directly if you’d like to be informed when we come across something similar.

While we feature open-top MGB roadsters regularly as part of our Sports Car Saturday feature, every so often we come across the much rarer MGB GT closed coupe version that features a minuscule back seat.  Of these, the most desired model is the extremely rare Rover-Powered V8 version such as the example here on Craigslist in Mooresville, North Carolina (Charlotte) reportedly a former museum car that has been sorted and is now offered with an asking price of $21,750.   While MG never offered this model in the U.S. the company reportedly built seven left-hand-drive examples in an effort to achieve Federal certification.  Consequently, you’ll need to confirm with the seller whether this is in fact one of those cars or if this is a tribute car carefully converted.  Based on the seller’s description, we lean towards the latter.

As expected, neither of our regular pricing sources provides guidance on the V8-powered versions of these cars, so we’re using the four-cylinder models as a proxy. With that information in hand, the Hagerty Insurance Online Valuation Tool confirms this private seller has their MGB GT priced above the #1 “Concours” estimate of $19,300.  Similarly, the Collector Car Market Review indicates the current asking price lands above this guide’s  #1 “Excellent” appraisal of $18,200. The premium here is obviously the conversion to a tribute MGB GT V8 tribute car.

MG began offering the MGB GT V8 in 1973 powered by the aluminum block 3,528 cc Rover V8 engine, first fitted to the Rover P5B. This engine had been used in the unibody GM 1961–1963 A-body platform Buick Special/Skylark and Oldsmobile F-85 and 1961–1962 Pontiac Tempest and was the lightest mass-production V8 in the world. The Buick version had a dry, undressed weight of 318 lb (144 kg) and the 1963 Skylark with optional four-barrel Rochester carburetor and 10:1 compression ratio produced 200 hp at 5,000 rpm. By the time Rover had made webbing modifications to strengthen the block, the engine was considerably heavier. Some changes were made by MG-Rover and the engine found a long-lived niche in the British motor industry. These cars were similar to those already being produced in significant volume by tuner Ken Costello. MG even contracted Costello to build them a prototype MGB GT V8. However, the powerful 180 bhp engine used by Costello for his conversions was replaced for production by MG with a more modestly tuned version producing only 137 bhp at 5,000 rpm. Nonetheless, 193 lb-ft of torque helped it hit 60 mph in 7.7 seconds and go on to a 125 mph top speed. Fuel consumption was just under 20 mpg.  By virtue of its aluminum cylinder block and heads, the Rover V8 engine weighed approximately 40 pounds less than MG’s iron four-cylinder. Unlike the MGC, the V8 that provided the MGB GT V8’s increased power and torque did not require significant chassis changes nor sacrifice handling.

Both chrome and rubber-bumper GT versions of the V8-powered MGB were produced by the factory with production ending in 1976. MG never attempted to export the MGB GT V8 to the United States. It chose not to develop a left-hand-drive version of the MGB GT V8 although the Rover V8 engine was offered in US-bound Rover models. The P6 3500 was withdrawn after 1971 from the US and the Rover 3500 SD1 only introduced in 1980 (its engine equipped with power-sapping emissions equipment) so that during the lifetime of the MGB GT V8 the engine was not being built in a federal version. Abingdon built seven LHD models, sent them to America to achieve certification, and brought them back to the UK to be sold to mainland European countries

Candidly, after watching the video above, we want to buy this car!  The combination of classic MGB lines with the sound and torque of Rover V8 power likely makes this car a hoot to drive. If you are serious about buying this Tribute car, you can start the conversation by emailing the private seller.  When you do, please remember to mention you saw his Thunderbird featured here on GuysWithRides.com.  Good luck with the purchase!

Passenger front fender has slight imperfection in the paint. To small to get a photograph of and cannot be seen from 3 feet.
Speedometer works but does not read correctly. I recommend having recalibrated“

Show or go: What would you do with this rare MG?  Comment below and let us know!