April 4, 2021 Update – we confirmed the seller of this Dodge Charge “Classifind” deleted their listing, so we’re now able to call this one “SOLD!” While this one got away, please reach out either by email or call Rudy directly if you’d like to be informed when we come across something similar.

The early 1970s were not kind to traditional muscle cars as rising insurance costs conspired with increased emissions and safety regulations to make all-out performance versions harder to come by.  One bright spot was the third generation Dodge Charger produced from 1971 through 1974. Specifically, the performance version that year became the Rallye such as this restored 1973 Silver hardtop originally listed in February 2021 on Craigslist in McHenry, Illinois (Chicago).  Equipped with all of the desired high-performance goodies still available for 1973, the current caretaker has their Charger listed for $28,000.  A check of the Hagerty Insurance Online Valuation Tool confirms this private seller has their Charger priced between the #2 “Excellent” appraisal of $24,200 and the #1 “Concours” estimate of $32,400.  As a second data point, the Collector Car Market Review confirms the seller’s current ask is $1,800 less than this guide’s #1 “Excellent” appraisal of $29,800.

Chrysler launched its third-generation B-Body-based Charger for the 1971 model year that featured a new split grille and a more rounded “fuselage” body style.  For the 1973 model year, Chargers received new sheet metal (though at first glance only the rear roof “C-pillars” looked different) and were in fact longer, wider, and slightly taller than the 1971-72 cars. Also new were vertically slatted taillights and new grilles. Hidden headlights were dropped, even as an option. The 318 was still standard, with the 340 (available only on the Rallye), 360 (two-barrel only), 400 (low power two-barrel/single exhaust, and high-performance four-barrel/dual exhaust), and 440 remaining as options. The SE models had a new roof treatment that had a “triple opera window” surrounded by a canopy-style vinyl roof. All other models had a new quarter window treatment, discontinuing its AMC Gremlin-style window in favor of a more conventional design. Total sales this year were around 108,000 units, an increase of sixty-two percent over the prior year and the highest ever for third-generation Chargers despite nearly two-thirds left the factory equipped with non-high performance engines.

Here’s a vintage 1983 Dodge Charger commercial ironically featuring the Lone Ranger, which is appropriate for the silver example we’re featuring in this post:

The third-generation Dodge Charger was a great-looking car in its own right and the 1973 versions such as this example were truly the swan song of anything close to classic Mopar muscle car performance for many years. The only downside to this example is the fact the seller is asking for a near Concours-level price for a car that features a modified engine with no indication the original parts also come as part of the sale. Consequently, as much fun as this Charger will be to drive, you’ll have trouble entering it in any Concours- or preservation-style judging class.

Show or go: what would you do with this Dodge Charge Rallye?  Comment below and let us know! 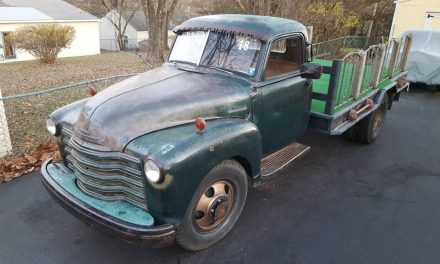 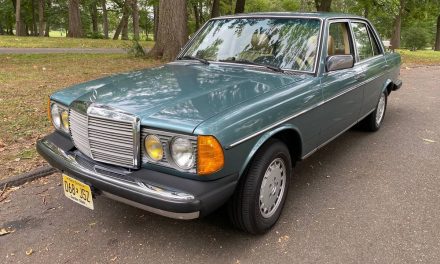