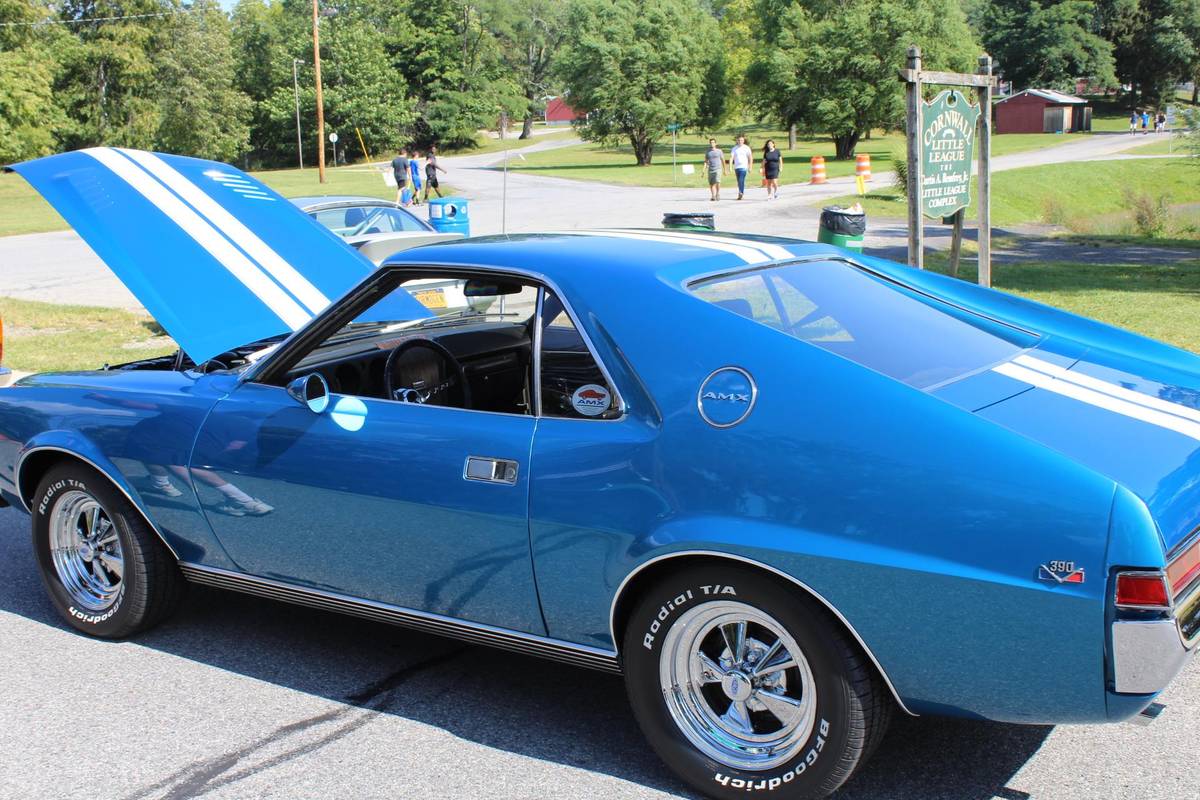 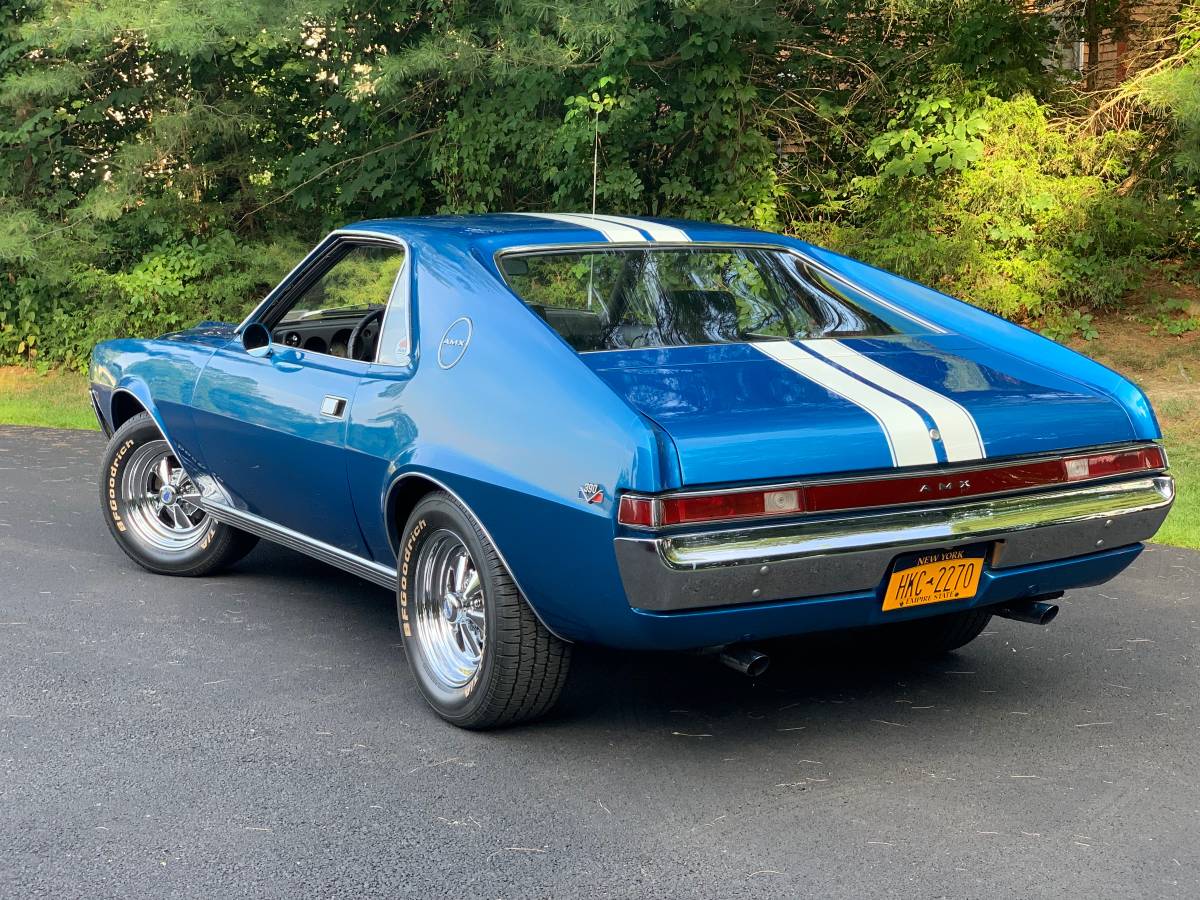 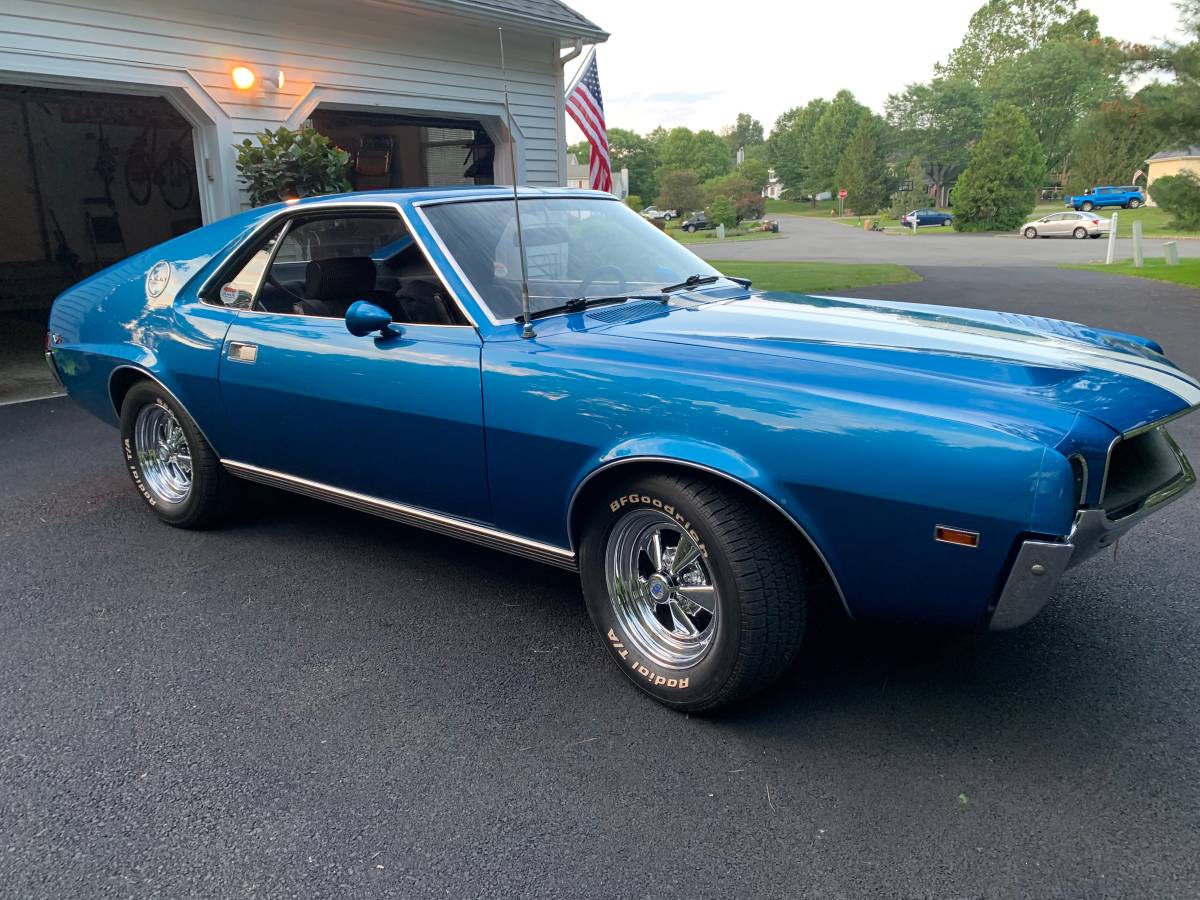 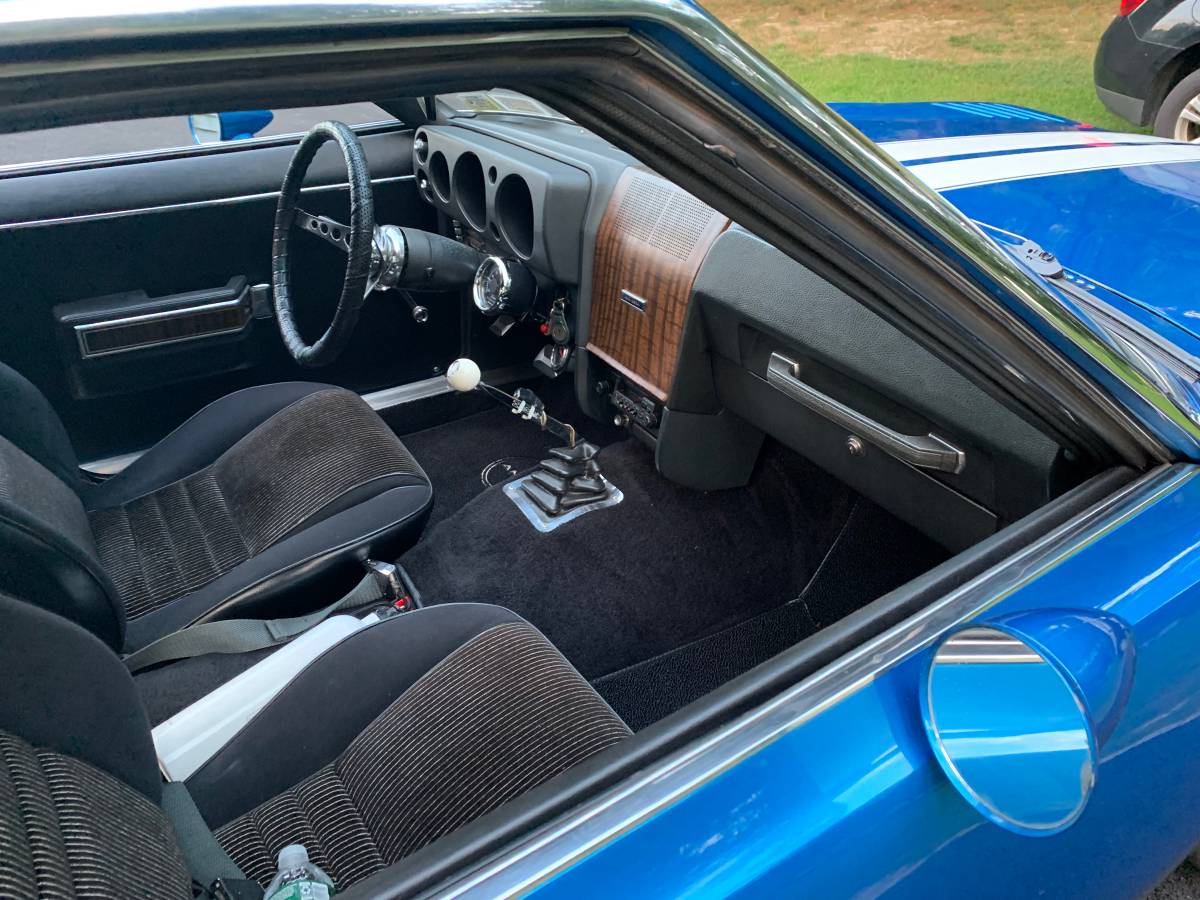 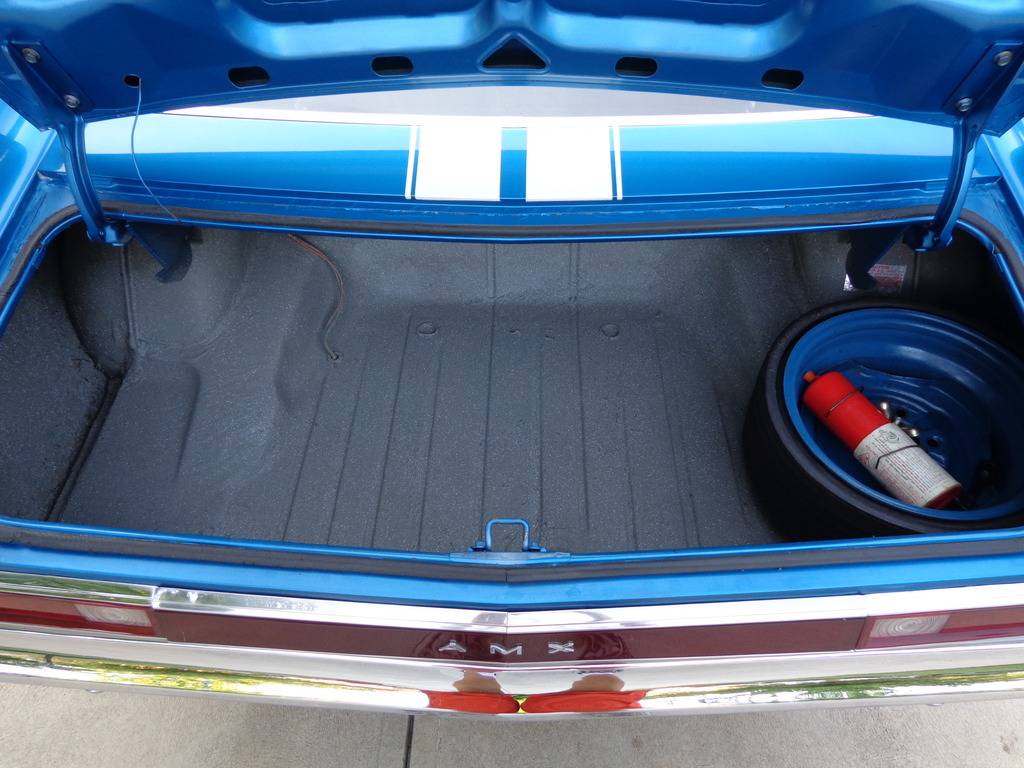 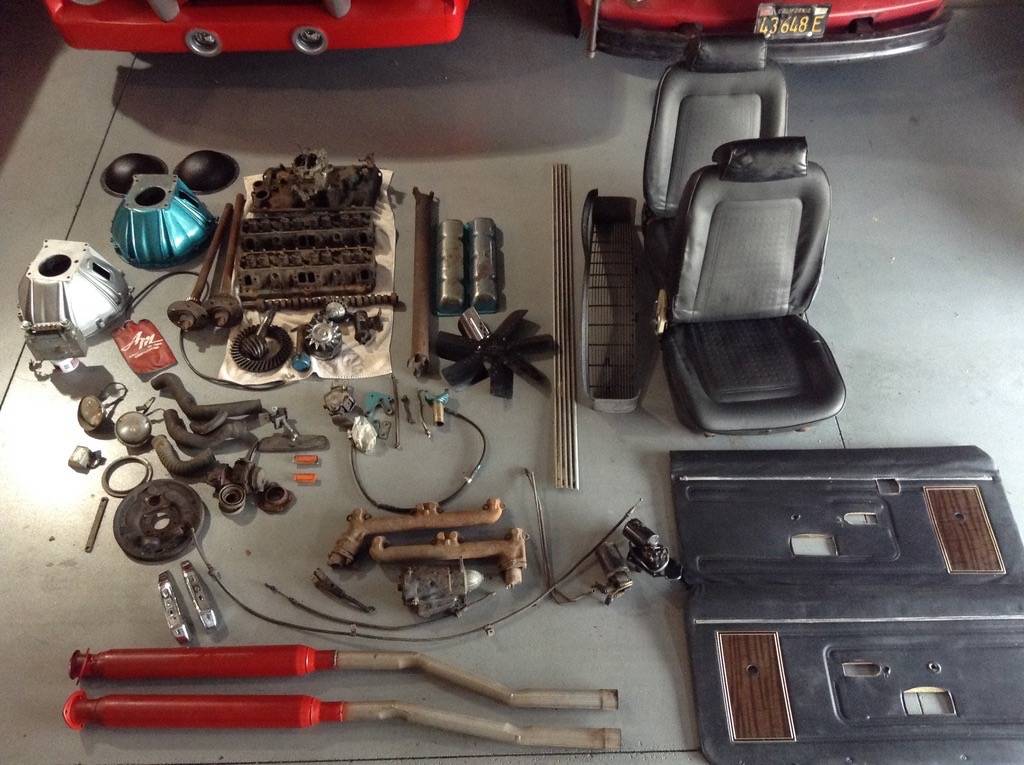 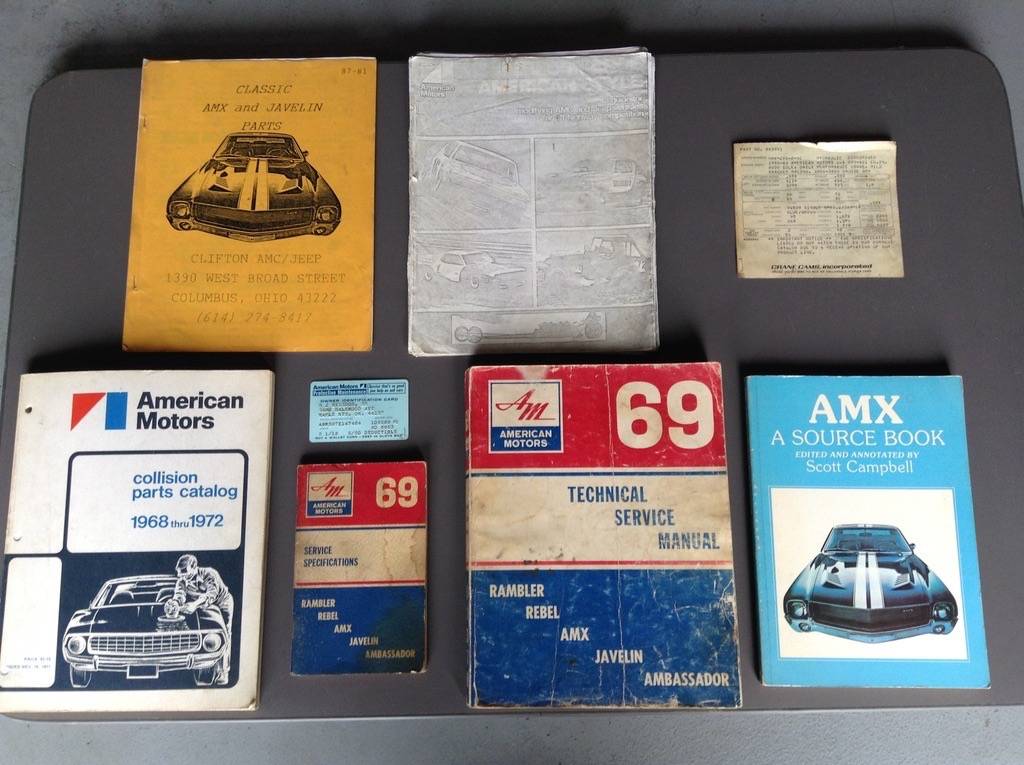 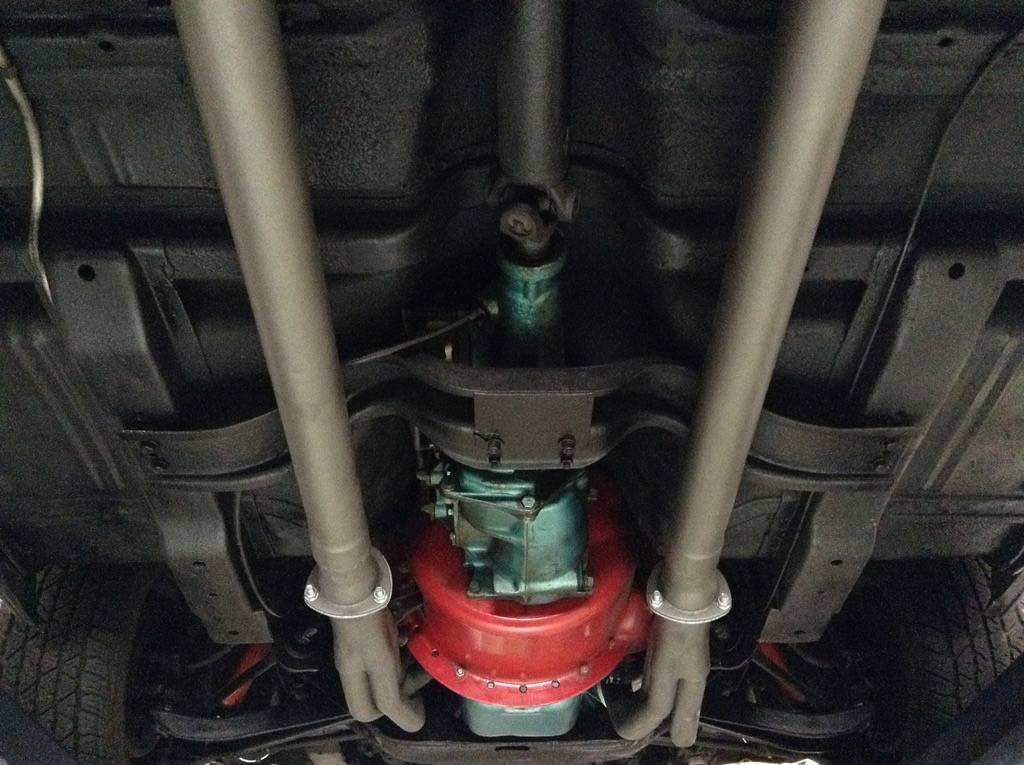 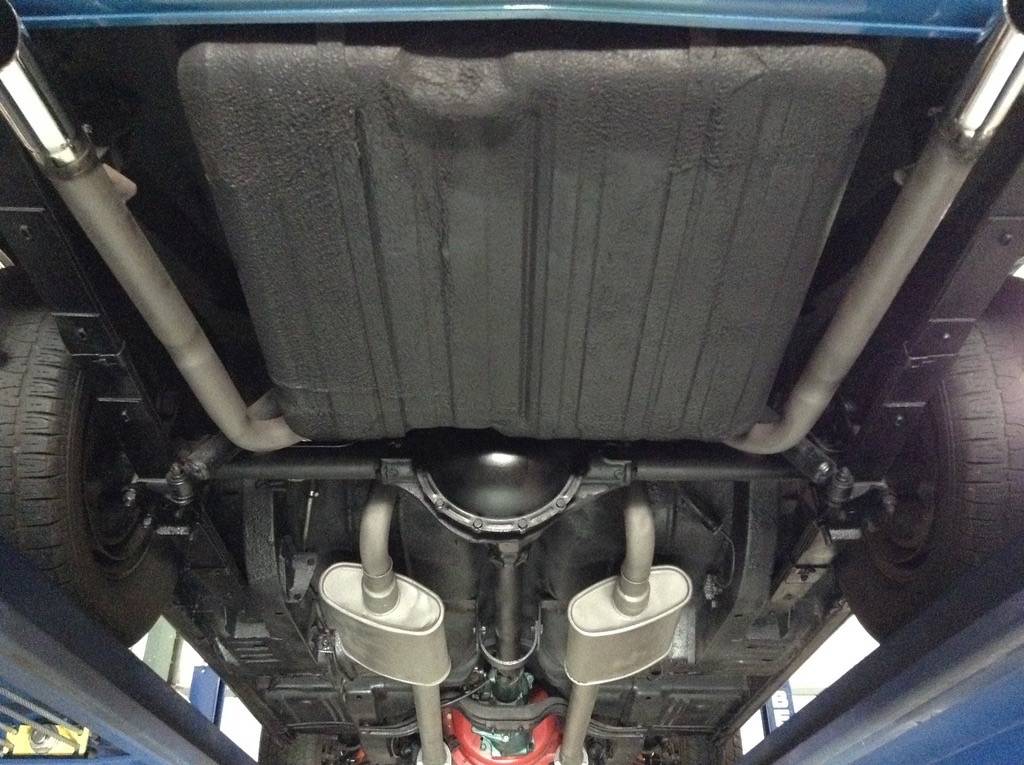 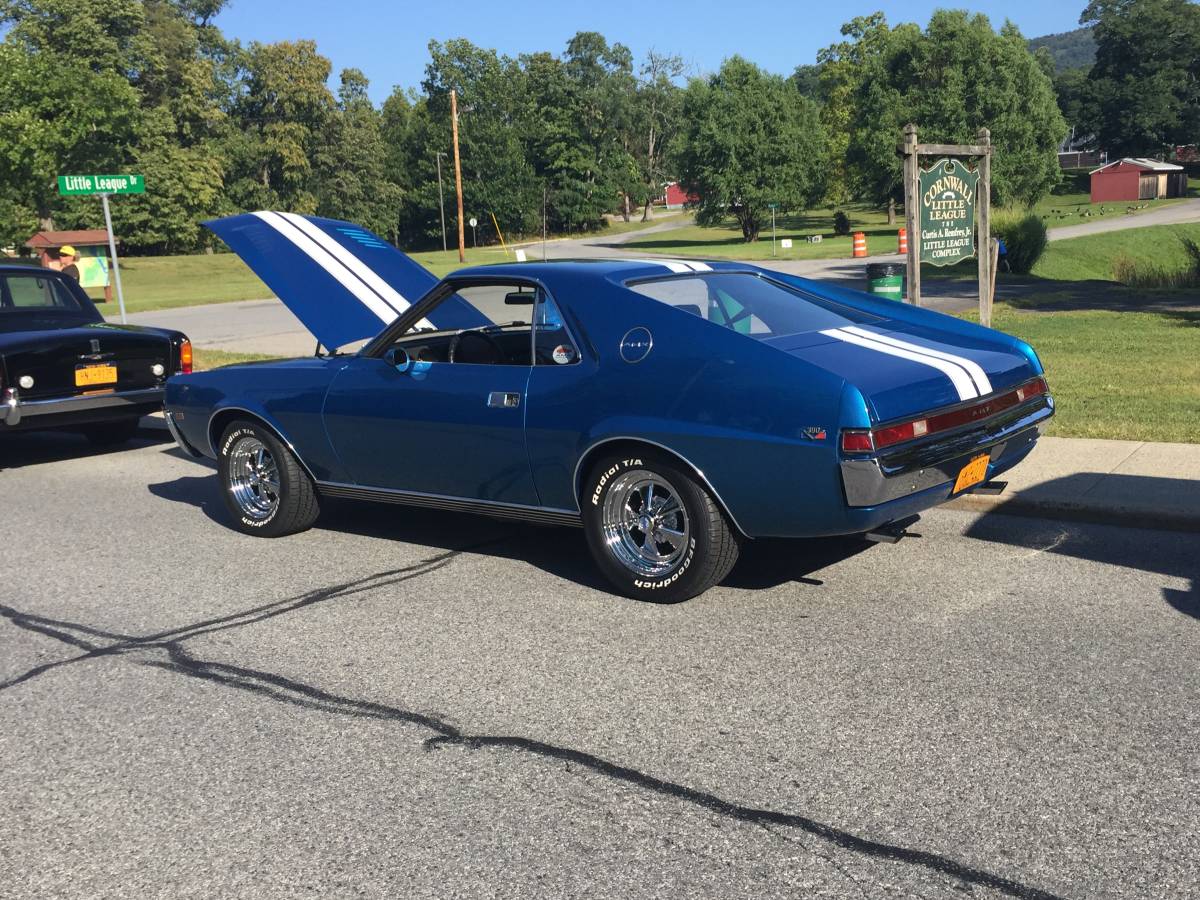 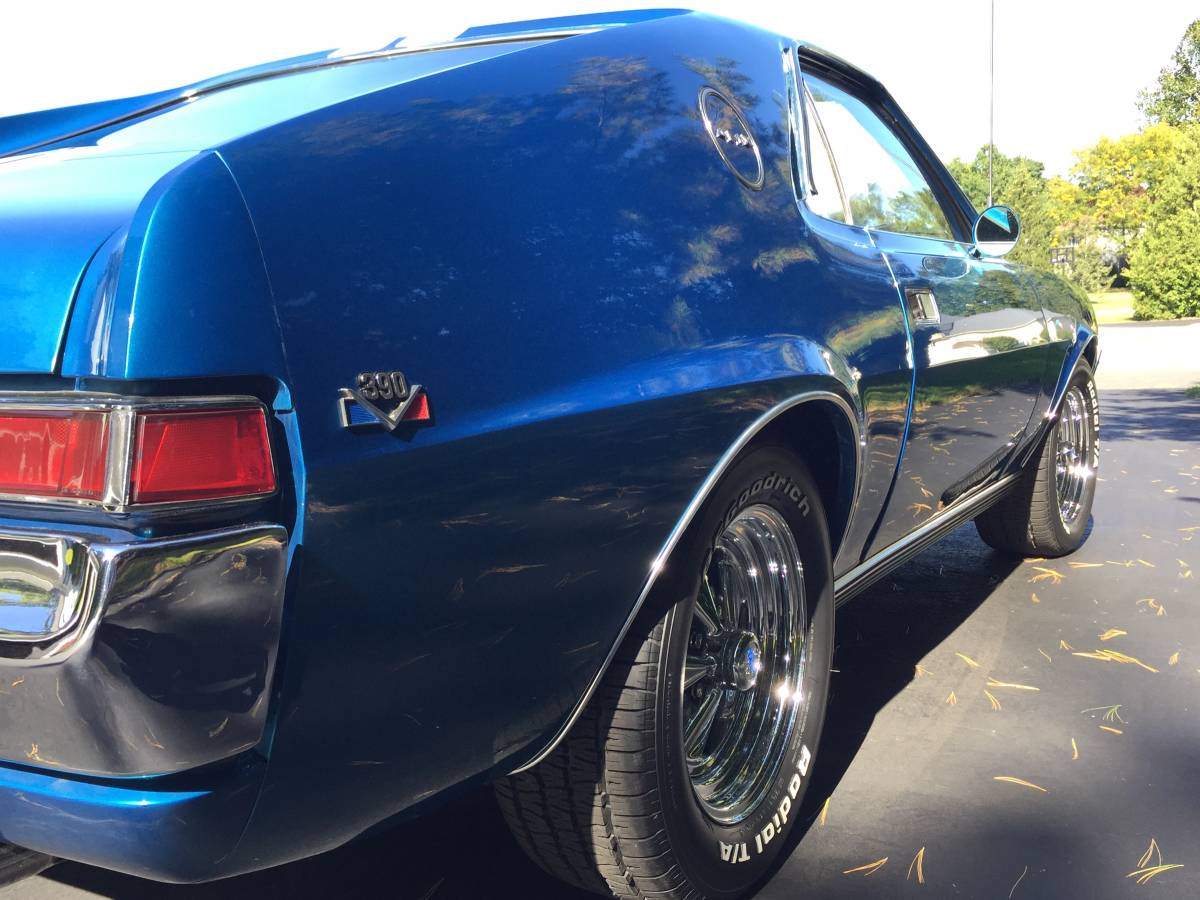 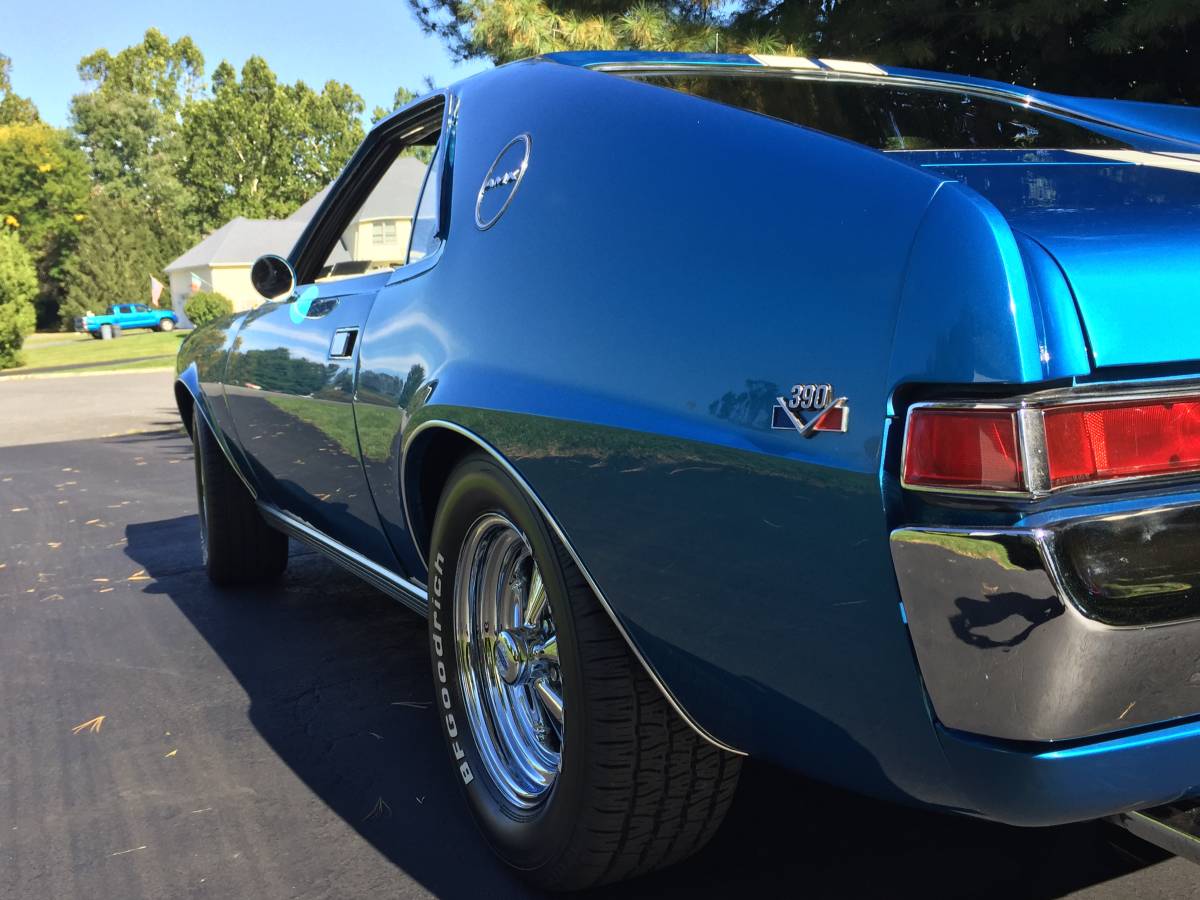 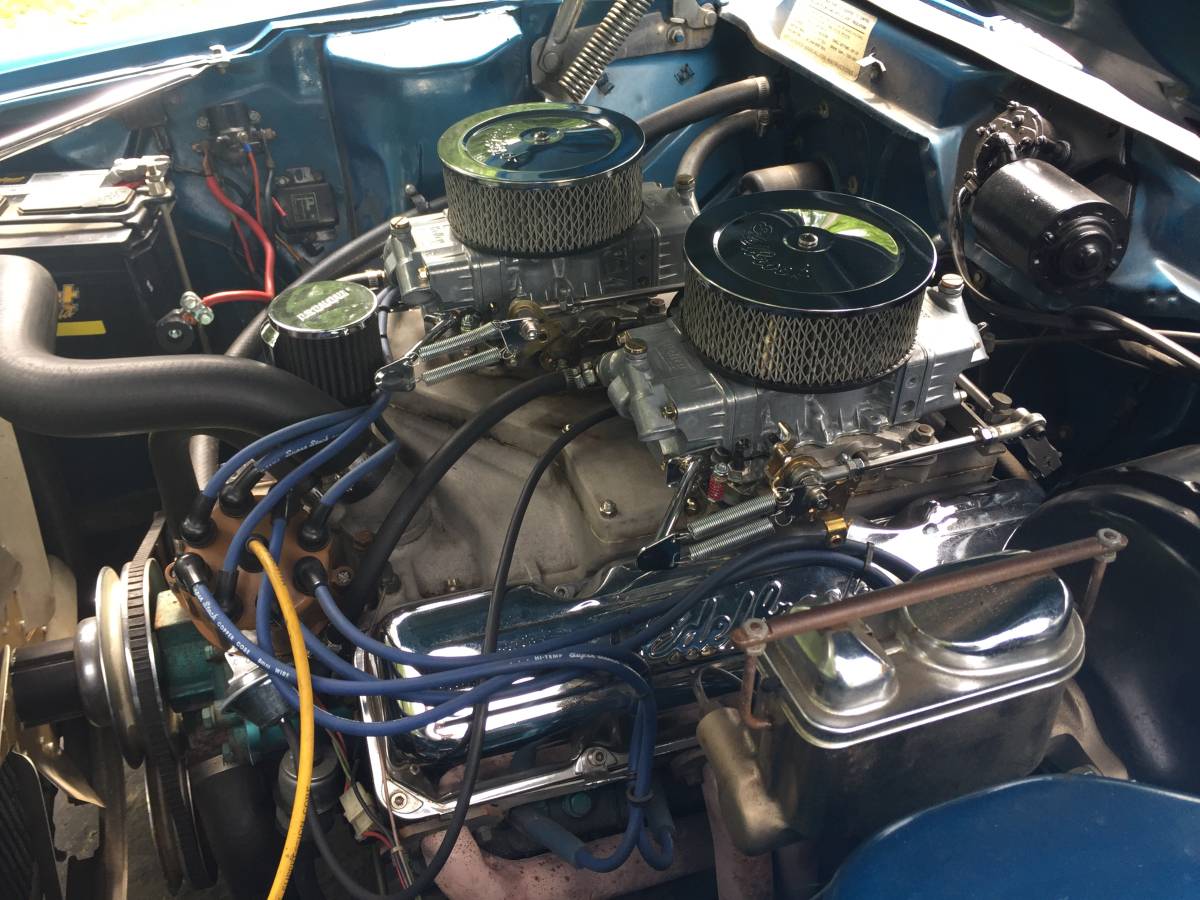 April 15, 2021 Update – We just confirmed the listing for this AMC AMX “Classifind” expired, so with no replacement found we’re assuming this ride “Sold?” While this one got away, please reach out either by email or call Rudy directly if you’d like to be informed when we come across something similar.

March 26, 2021 Update – Later in the same day after we first featured this pretty AMC AMX the private seller dropped their original $45K asking price by $2K to the current $43,000.

By 1969 the height of the original Muscle and Pony car eras were in full swing and even American Motors joined in to get a piece of the action with their one-foot shorter, two-seat AMX version of their new Javelin.  While the standard 290 cubic inch, 225 horsepower V8 was no slouch, buyers looking to drive one-quarter mile at a time opted for the optional 390 cubic inch engine such as slightly modified survivor quality example originally listed in March 2021 on Craigslist in Cornwall, New York with only a stated 42,00 original miles and the more desirable four-speed manual transmission with an asking price of $45,000.   A check of the Hagerty Insurance Online Valuation Tool confirms this private seller has his AMX priced between the #2 “Excellent” estimate of $37,400 and the #1 “Concours” appraisal of $53,000. Interestingly, the Collector Car Market Review confirms the current ask is slightly above this guide’s #1 “Excellent” appraisal of $42,360 after factoring in the twenty percent premium for the rare power train. With a reported $6,000 – $8,000 in hard-to-find spare parts that can bring this AMX back to close to original condition, the ask seems in line with current market expectations.

American Motors Corporation (“AMC”) produced its unique two-seat muscle car for only three years from 1968 through 1970.  While classified as a Muscle Car, the twelve-inch shorter wheelbase and two seats had many seeing the car as a low-cost, steel-bodied alternative to the one-inch longer C3 Corvette Stingray.  When fitted with the optional high-compression medium block 390 cubic inch V8, the AMX offered top-notch performance at an affordable price. While the engine and other performance options could be ordered a la carte. In spite of this value and enthusiastic initial reception by automotive media and enthusiasts, sales never thrived.  If you’re not familiar with American Motor’s AMX, automotive writer Daniel Strohl provided a great buyer’s guide for the cars in the January 2007 Issue of Muscle Machines currently posted here on Hemmings.com.

Joe Ligo also provides a video review of the AMX in this segment of MotorWeek currently posted on YouTube:

What we love most about this AMX is the two paths the next caretaker can follow with this example.  We love all the period-correct speed goodies currently installed on the car, the best of which is the extremely rare Eldebrock Cross-Ram intake manifold topped with twin Holleys. If desired, you can purchase all of the aforementioned spares to bring the car back to close-to-factory original. In this case, while we would buy the parts to keep with the car, we would likely enjoy this AMX as it sits. This is how I would have preferred my AMX to look and run if I had any money to have one when I was in high school in the early eighties.  AMX’s do not come up for sale very often, so if you’re looking for a capable muscle car that stands out from the usual cast of suspects, you should investigate this one further.

This car has been “hot-rodded” a little bit, but can be brought back to original as all original parts have been saved.

Extremely rare and valuable Edelbrock cross-ram intake manifold outfitted with dual Holley 570 CFM Avenger carbs. Edelbrock only made 500 of these original intake manifolds so they could be used for racing as a production component.

Car was painted in 1982 in a gorgeous 1982 Corvette blue and remains in a nearly blemish free condition.

One small chip in windshield that has been there for many years.