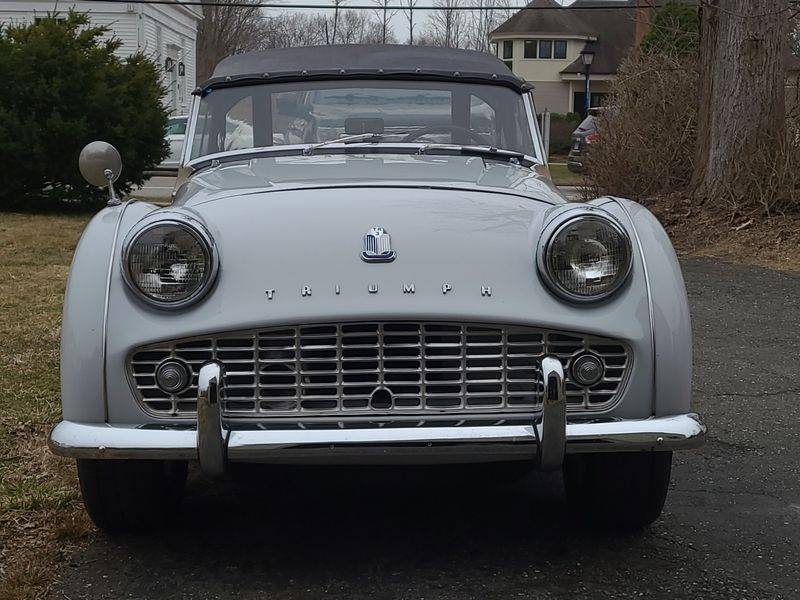 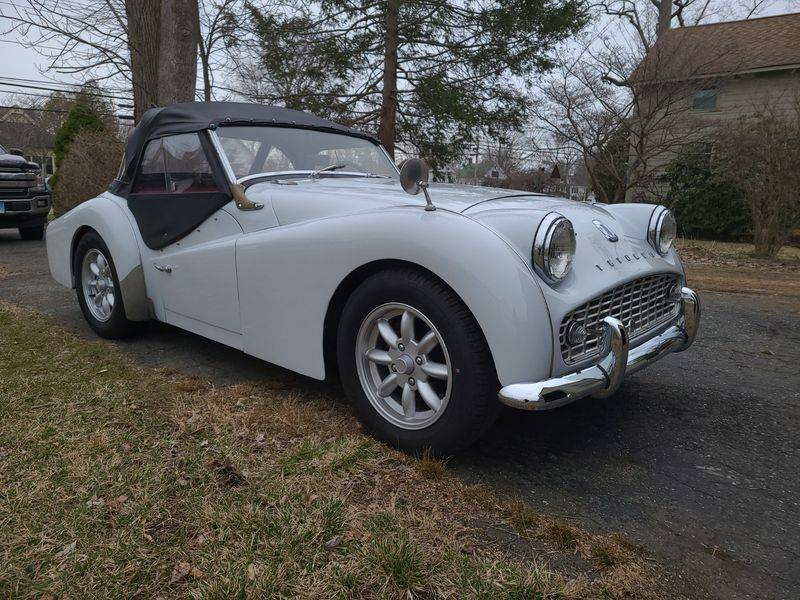 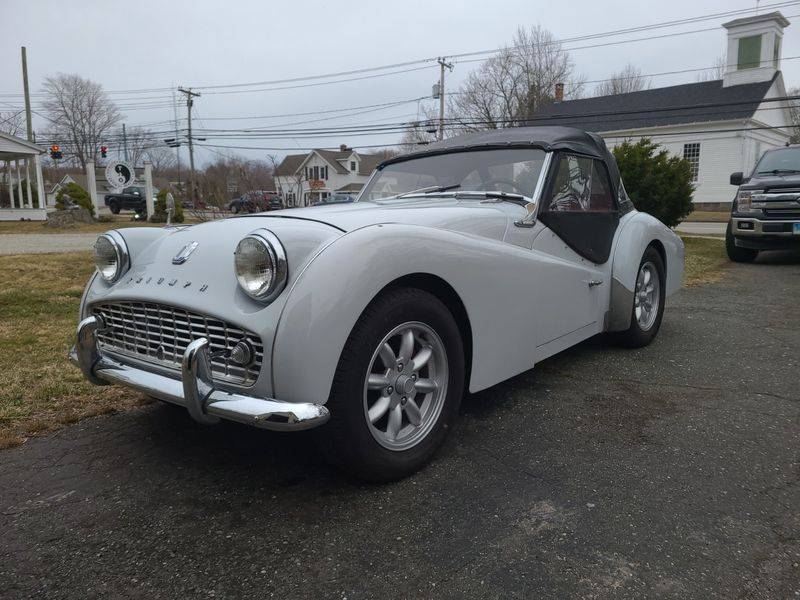 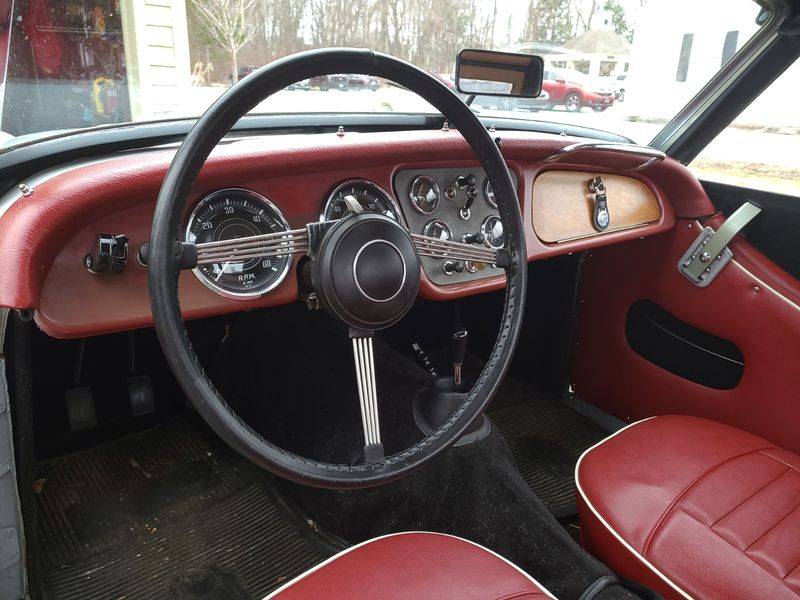 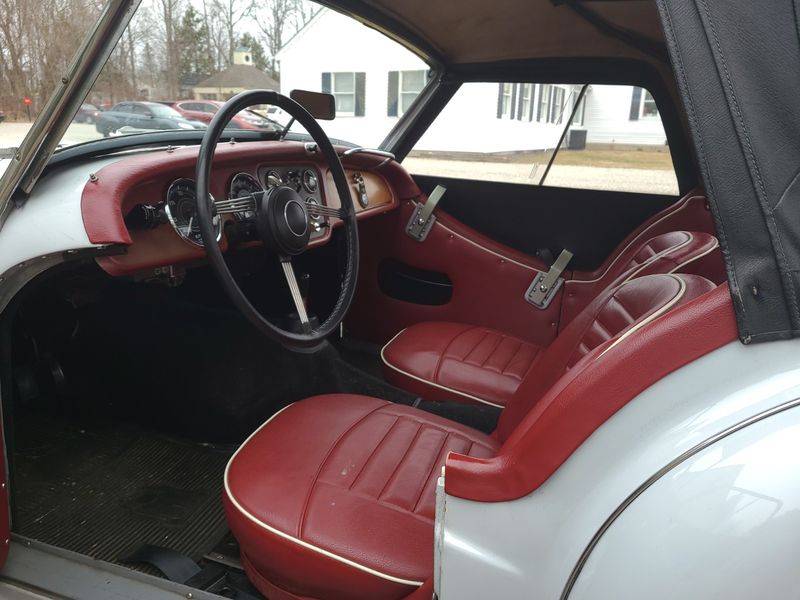 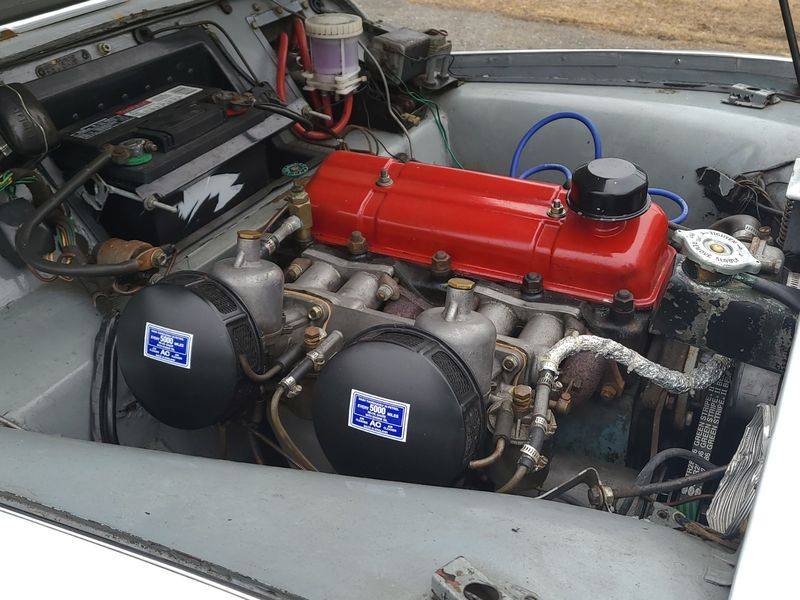 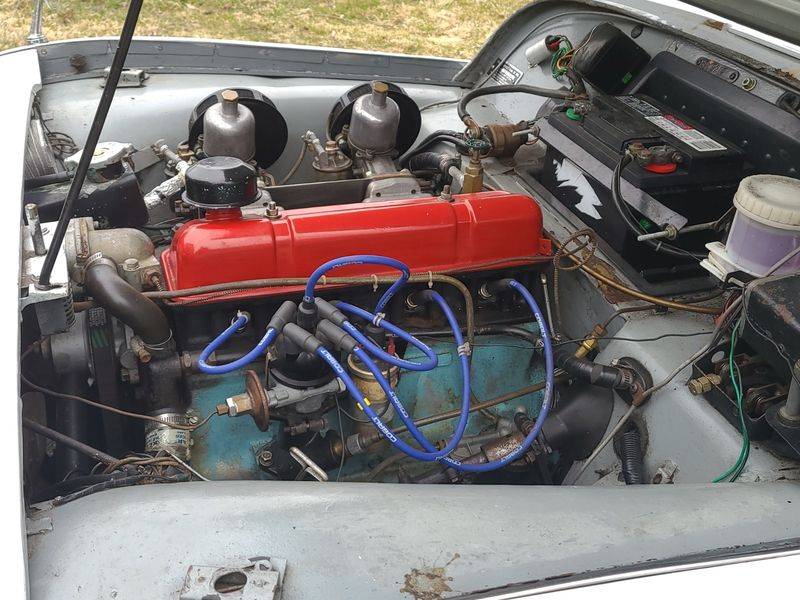 April 16, 2021 Update – we confirmed the seller of this Triumph “Classifind” deleted their listing, so we’re now able to call this one “SOLD!” While this one got away, please reach out either by email or call Rudy directly if you’d like to be informed when we come across something similar.

Some enthusiasts are better at car restoration than computers and sometimes we’ll admit we’re a bit envious. In our latest example, the restorer of this 1961 Triumph TR3A enlisted the services of a friend to list their car in March 2021 on Craigslist in Hebron, Connecticut. This TR3A appears to be a finely restored example offered at $17,900 currently. Comparing that price against the Hagerty Insurance Online Valuation Tool confirms the private seller has their TR3A priced exactly at this guide’s #3 “Good” appraisal of $17,900.  Interestingly, the  Collector Car Market Review Online Tool indicates the asking price falls between this guide’s #3 “Good” estimate of $15,300 and its #2 “Very Good” appraisal of $24,050 before factoring in a five percent premium for the overdrive transmission.

The Triumph Motor Company launched the TR3 in October of 1955 as a successor to the TR2, and the new model was powered by the same 1991 cc, straight-4, overhead valve engine as its predecessor. The powerplant had larger carburetion, however, that pushed power to 95 hp, and the engine was mated to a four-speed transmission. New cylinder heads were fitted to the engine during the first 12 months of production, which translated to 5 more hp, and top speeds for the TR3 approached 110 mph.

The car utilized front independent suspension and a live rear axle, and initially had drum brakes on all four wheels. Within the first year, however, Triumph switched to front disc brakes, becoming the first production British car to do so.

Externally the car had low-cut doors and minimal weather protection, which underscored its purposeful, sporting nature. It had a small opening in the front with a deep-set grille that did not compare favorably to competitors like the MGA and Austin-Healey 100. Performance was on par, though, and the car was well received. More than 13,000 TR3s were manufactured between 1955 and 1957, with 90% of those landing on American shores.

Popular optional equipment for TR3s included overdrive, a hardtop, and wire wheels. A handful of buyers opted for the occasional rear seat as well.

Triumph executed a visual freshening in 1957, and the cars are now referred to as the TR3A, though the company never officially named this evolutionary model as such. Most significantly, the car’s grille grew wider and became less recessed. Also, headlight treatment was slightly altered, door handles (available on the earlier cars via a “GT Kit”) became standard, a locking trunk handle appeared, and larger bumpers were installed. Mechanically, most of the TR3’s original spec remained. The public responded favorably to the new appearance by purchasing more than 58,000 TR3As during the car’s six-year run. Again, the vast majority of these vehicles were destined for the U.S. market.

By 1961, Triumph was preparing its radically new TR4, but American dealers were uncertain about how this new offering would be received commercially. To address these concerns, Triumph created the final iteration of the TR3 to safeguard against public disinterest. The TR3B (again, never referred to as such by the company) was produced during the 1962 model year, and was externally identical to the TR3A. Underneath, though, the car carried the B’s optional 2138 cc inline-4 that produced 105 hp. The car also had a new synchromesh gearbox.

The TR4 indeed proved to be quite successful, so the TR3B was retired following 1962. The TR3 today is remembered as a model that helped establish Triumph as a leading producer of open two-seat sports cars – a reputation the company carried through the 1970s.”

Start this ride-along video at the two-minute mark, and you’ll enjoy a great perspective on what it’s like to ride in a TR3A of this vintage:

We love the color combination as well as the MiniLite wheels in place of the typical traditional units found on these sports cars. This is a great-looking sports car that will likely get you compliments and possibly an award every time you enter it in a classic British car show.

“1961 TR3 in excellent condition. Completely rebuilt from the ground up. Motor rebuild by a reputable shop. Recondition leather interior. Recondition top. New wheels, new brakes. The body is all metal no Bondo. The floor pans excellent condition. Overdrive in 2nd 3rd and 4th gear. New paint. This car runs amazing. You can drive this car across the state or across the country with no issues. I am listing this car for a friend so I only know what he’s told me. If you have questions please call Frank .“