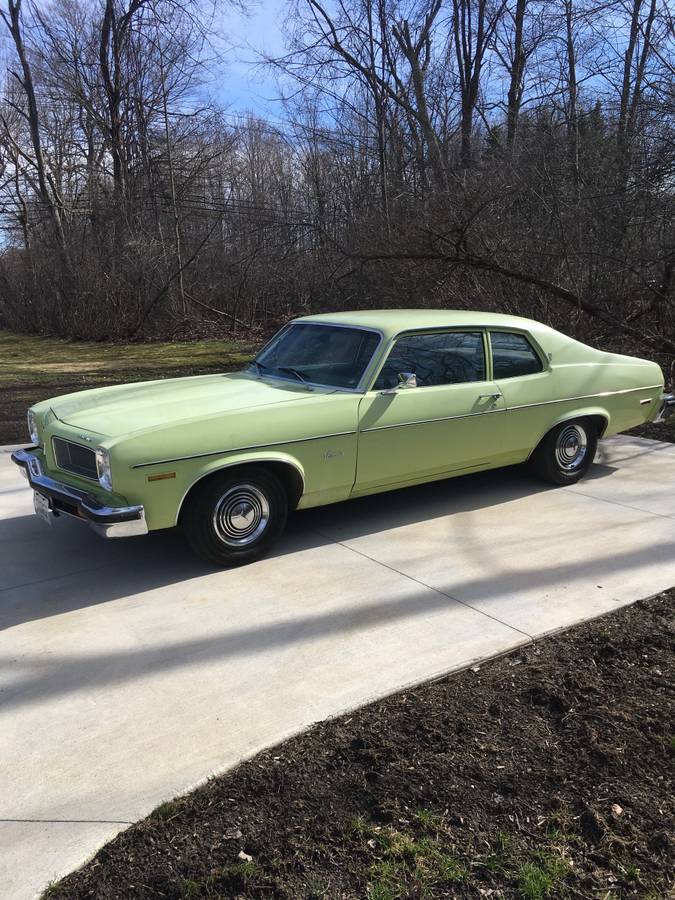 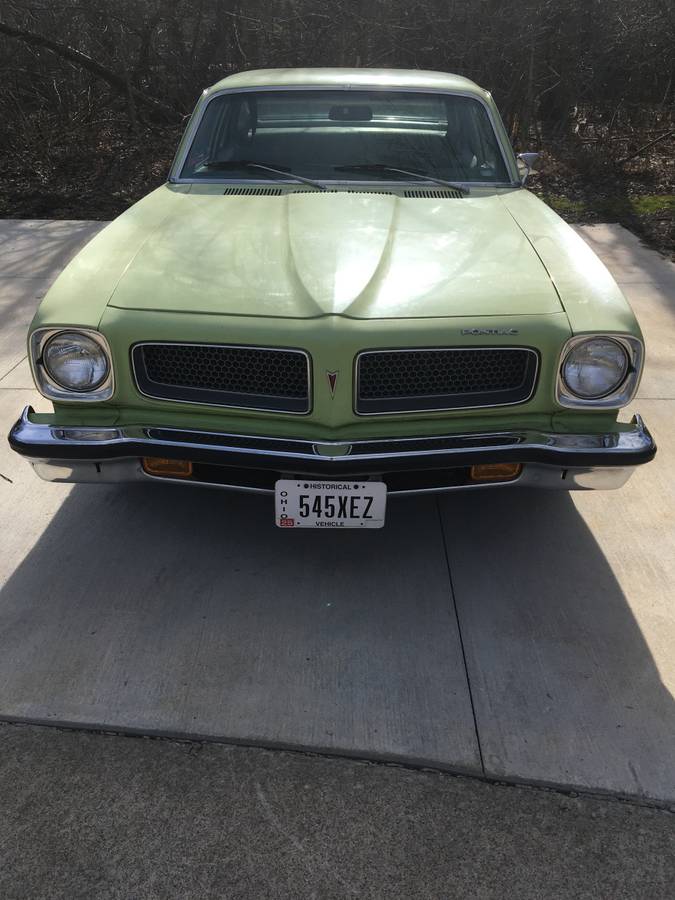 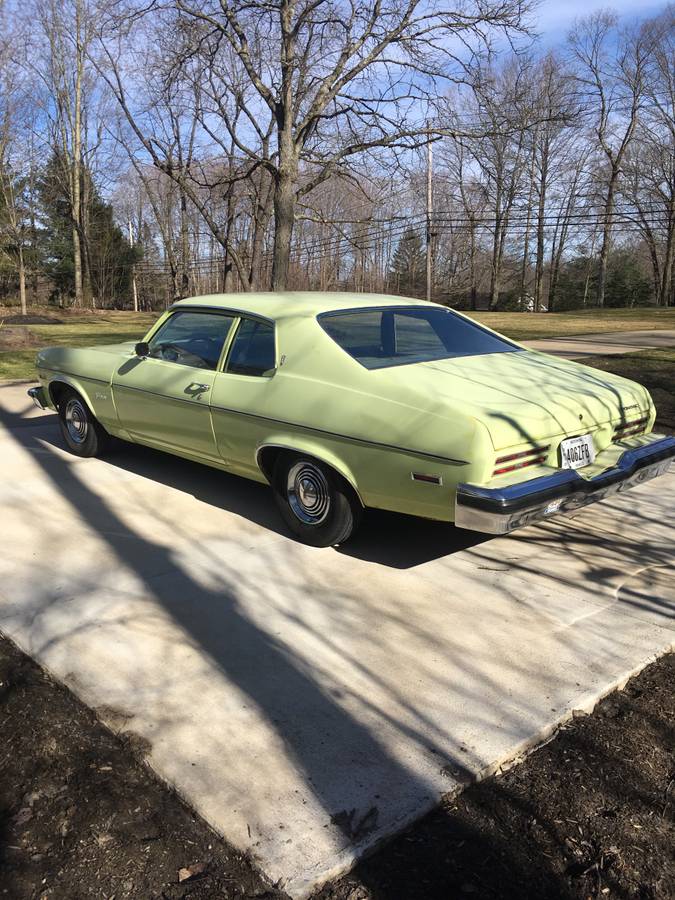 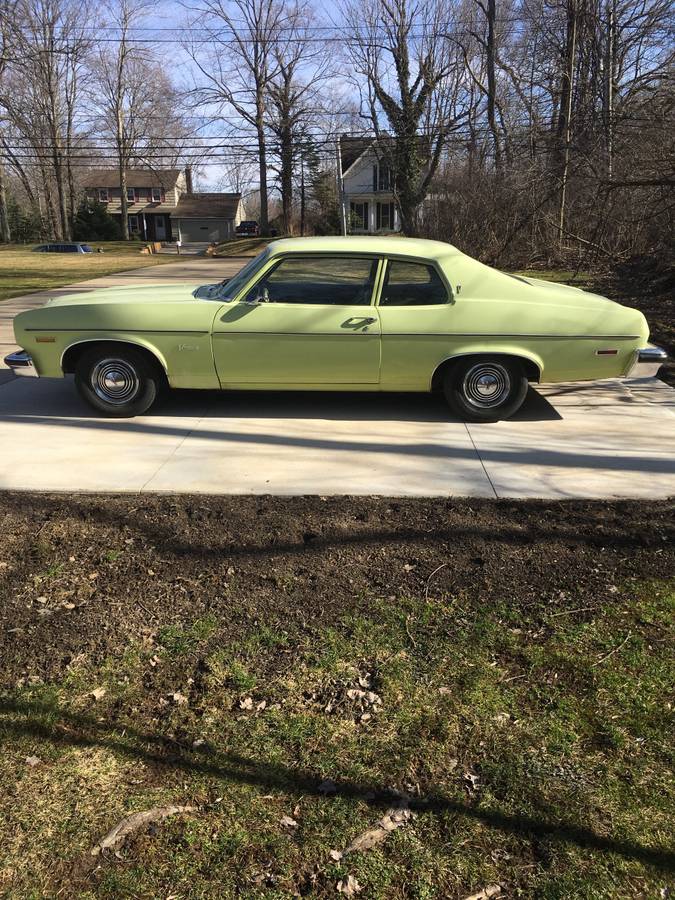 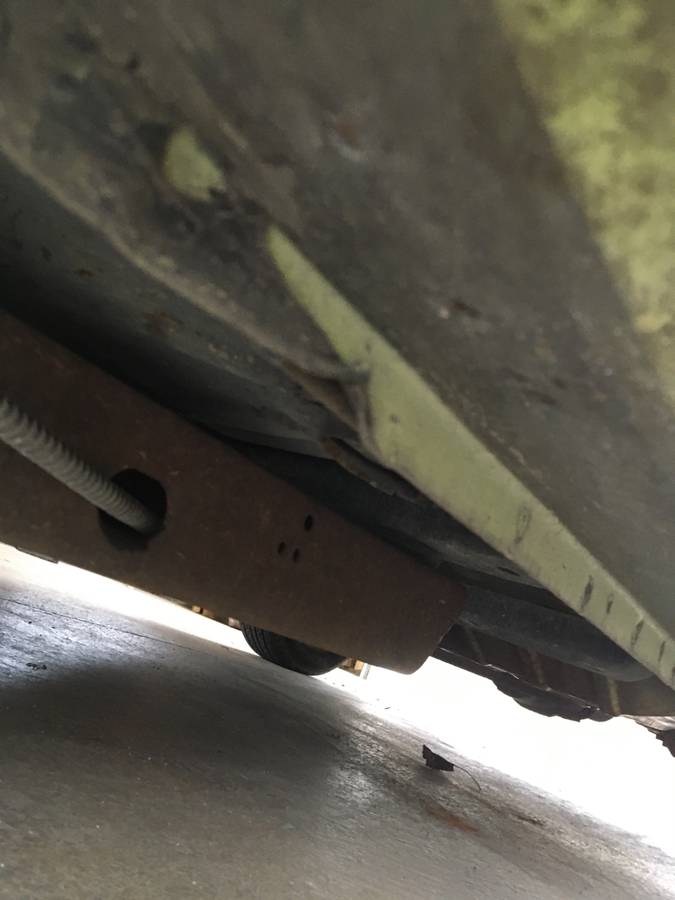 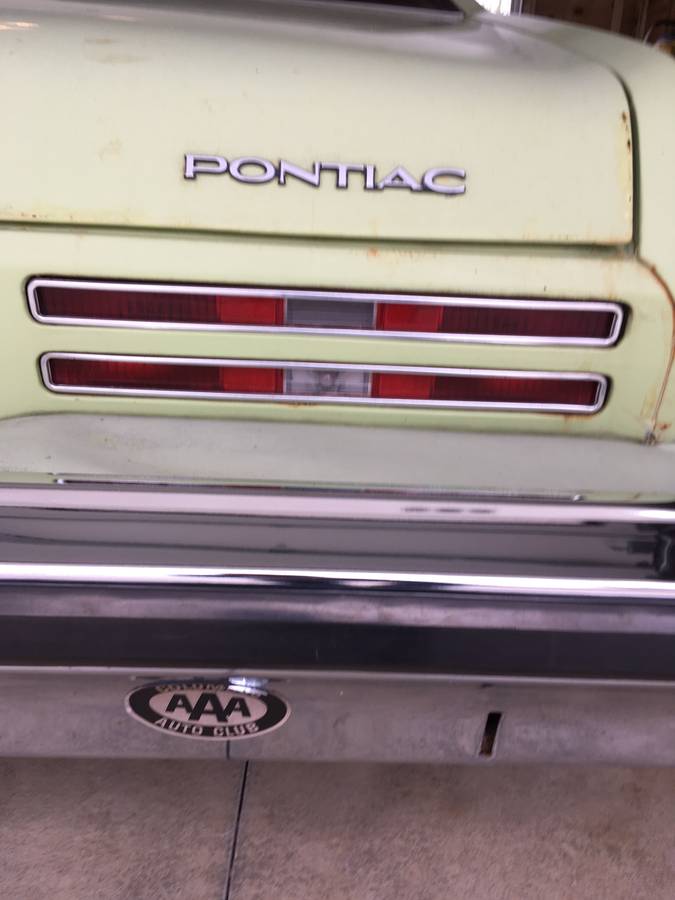 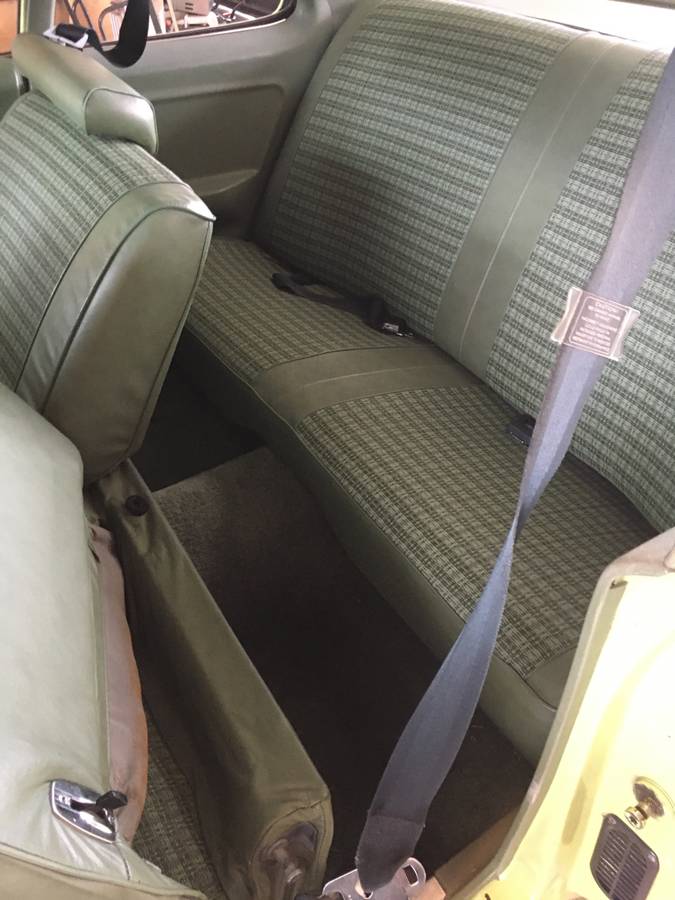 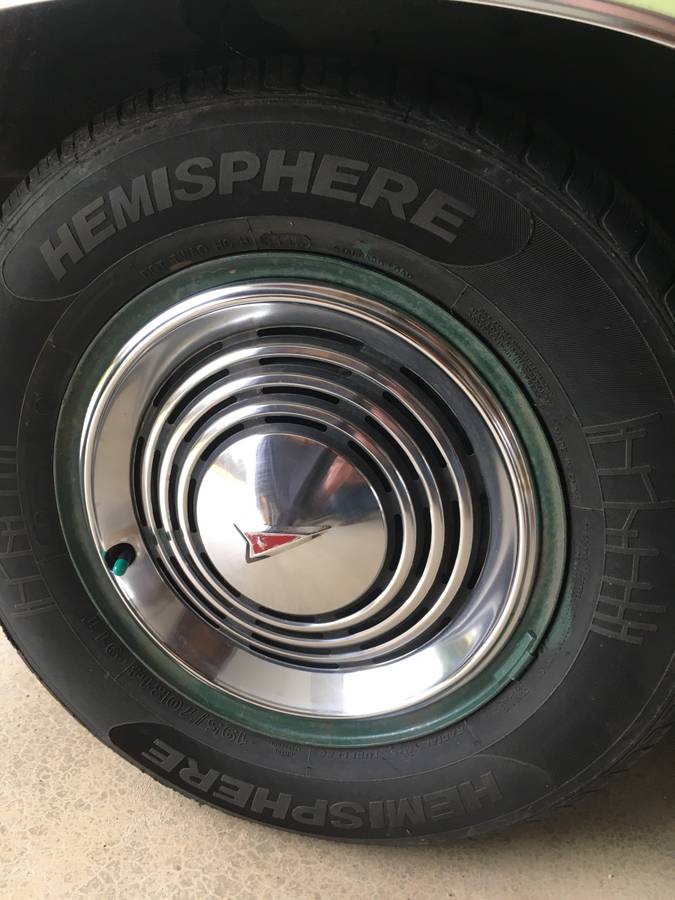 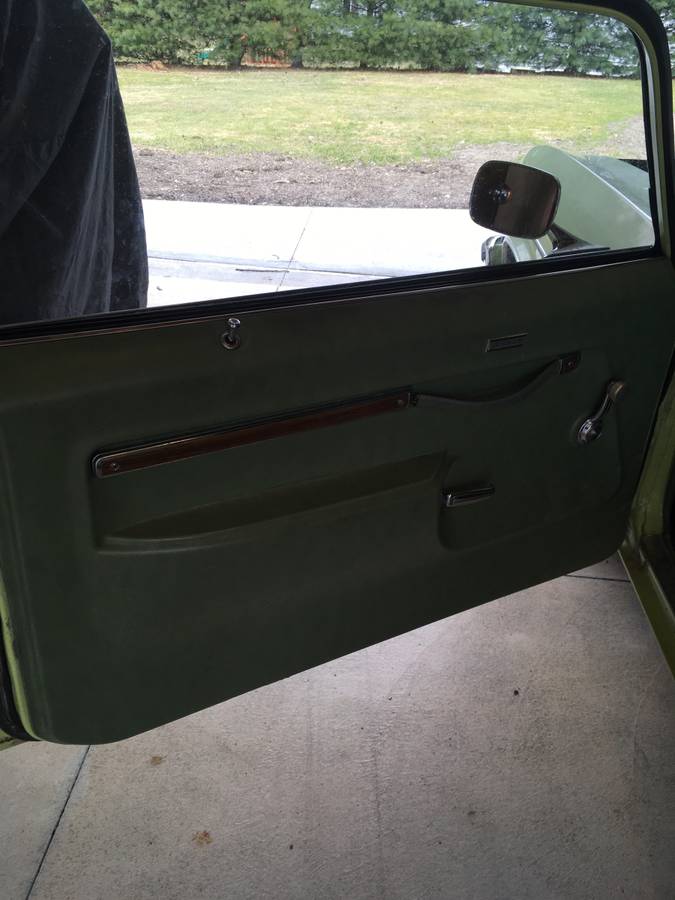 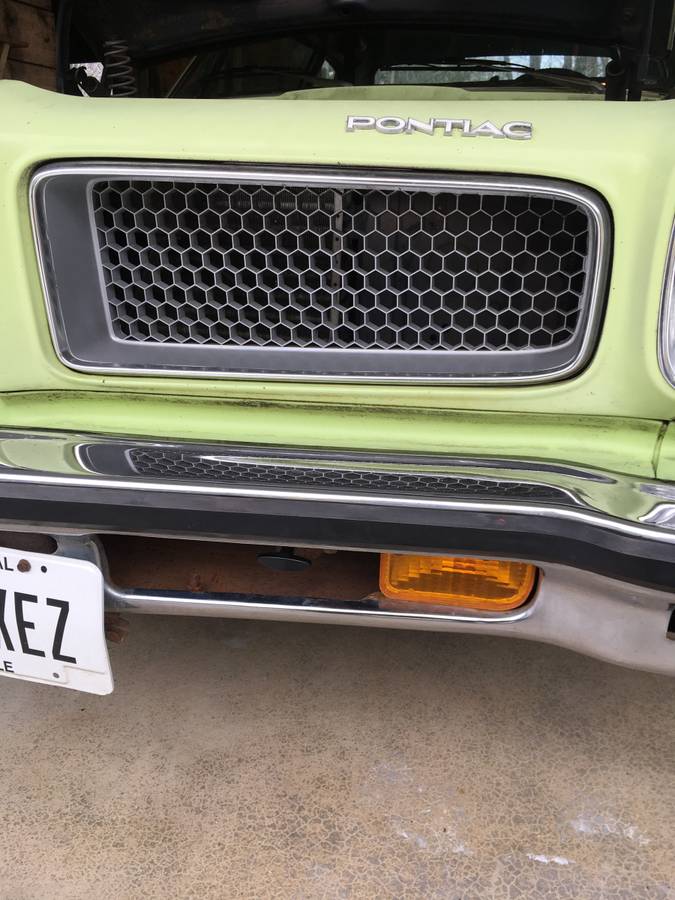 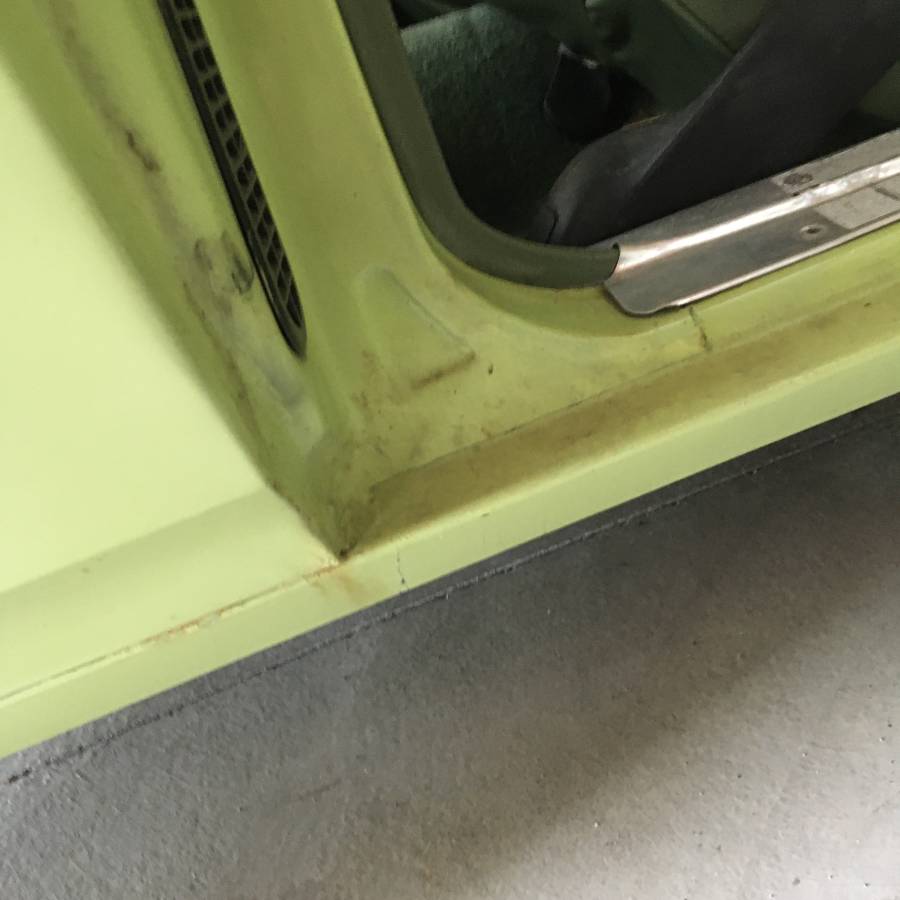 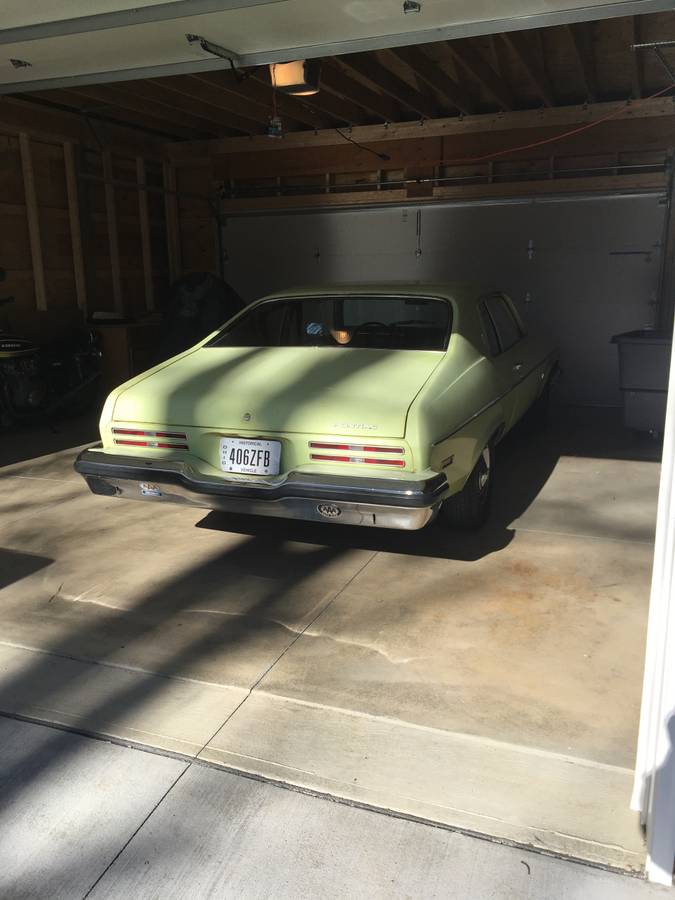 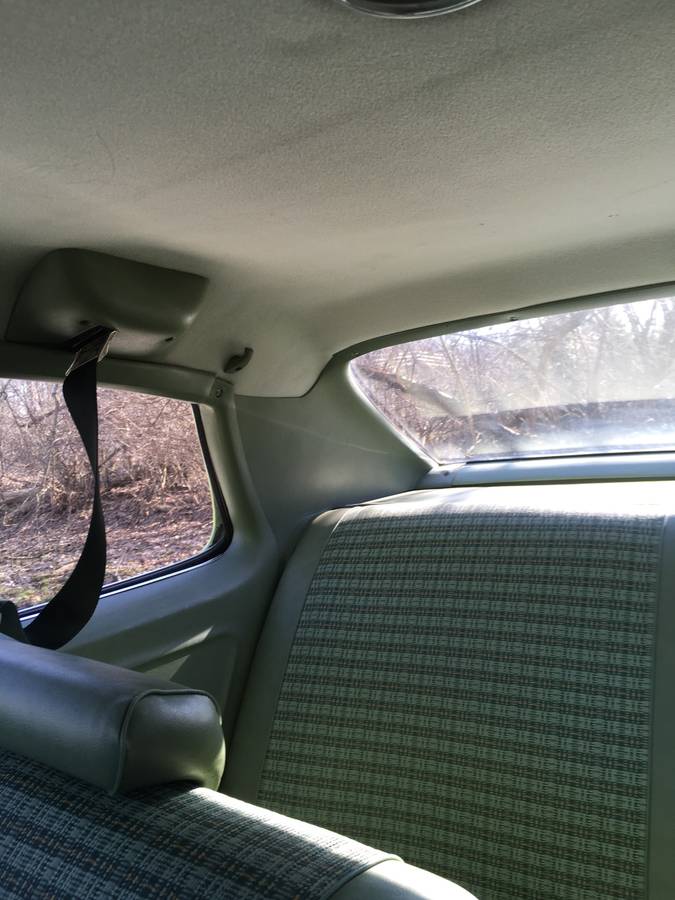 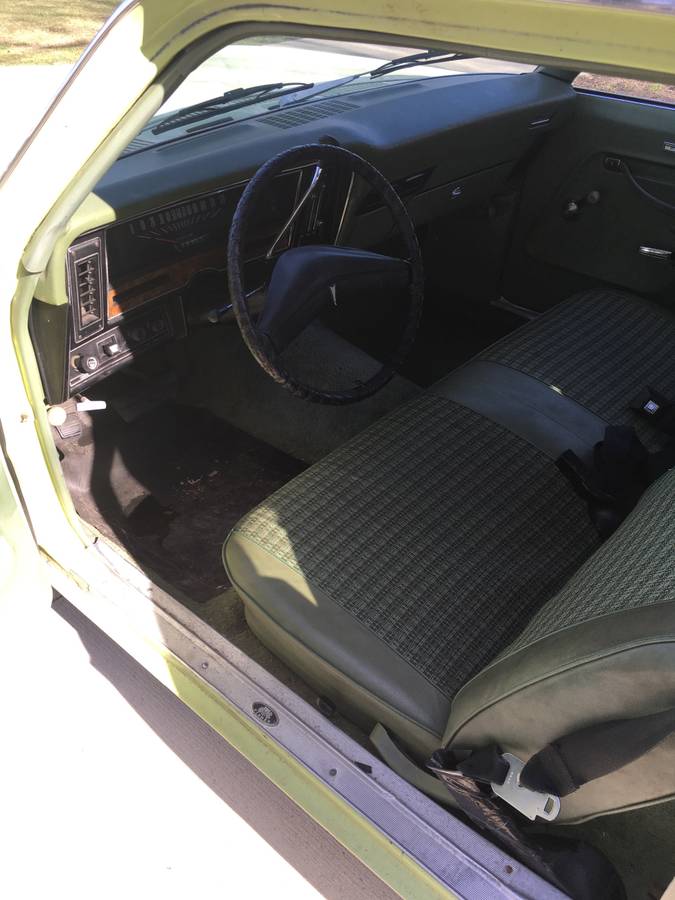 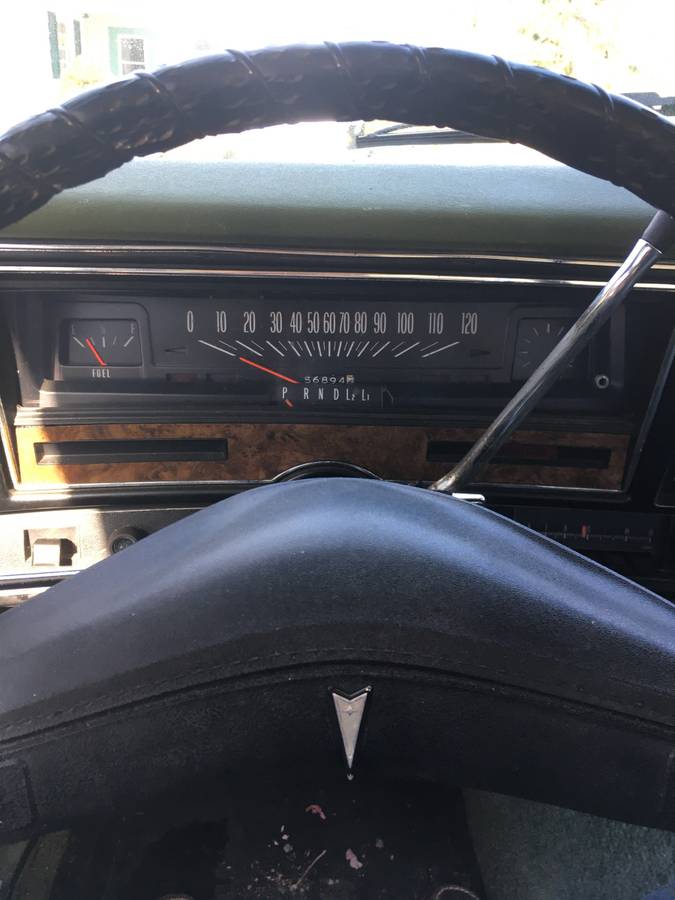 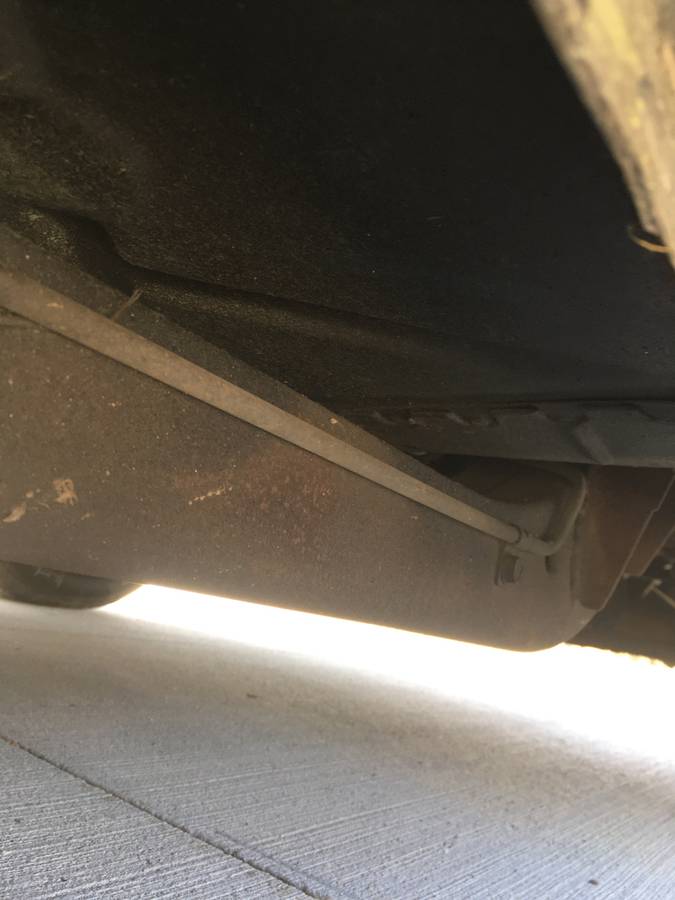 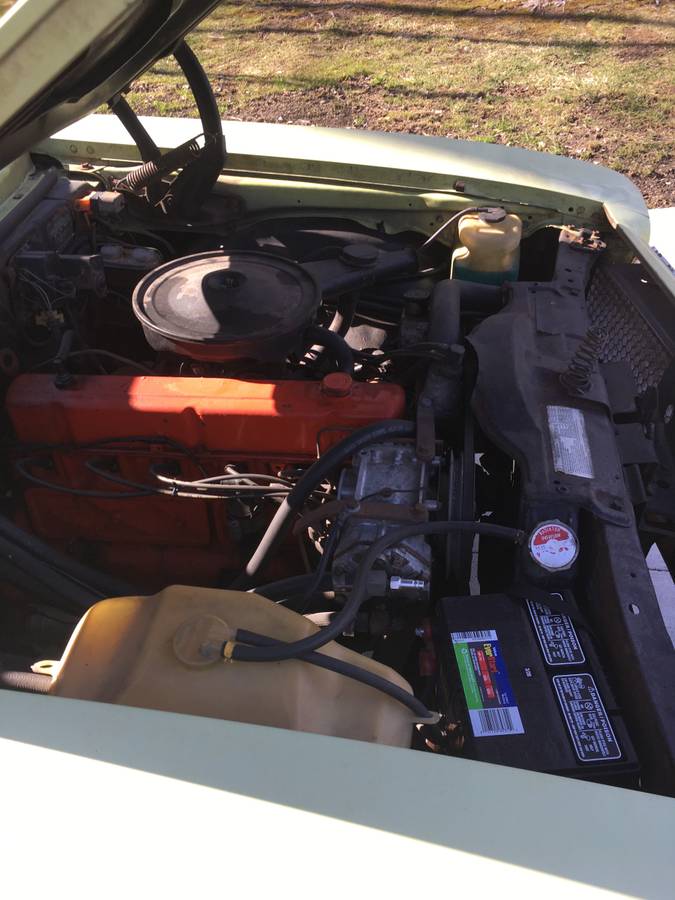 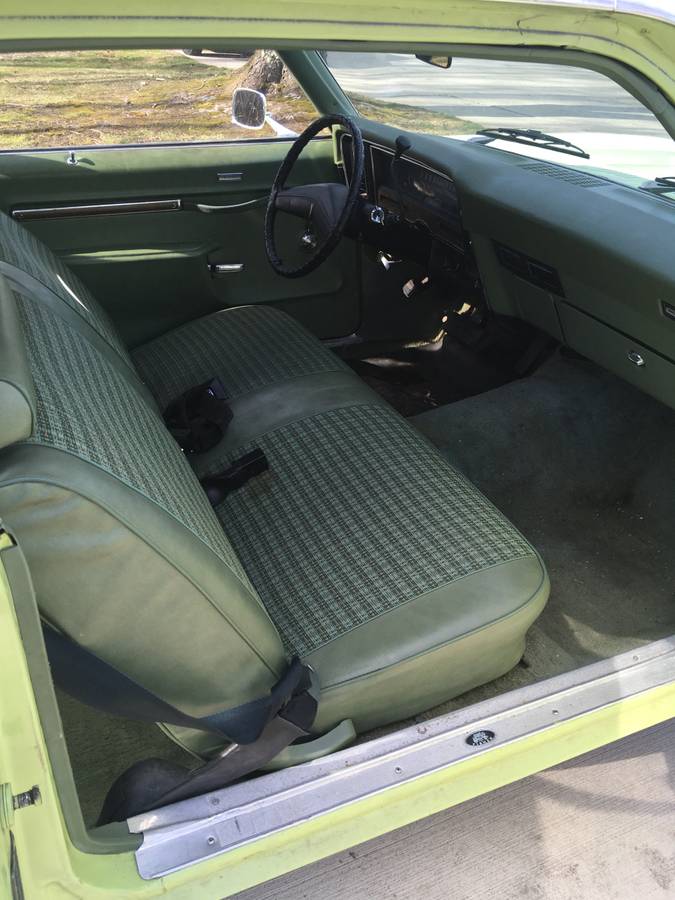 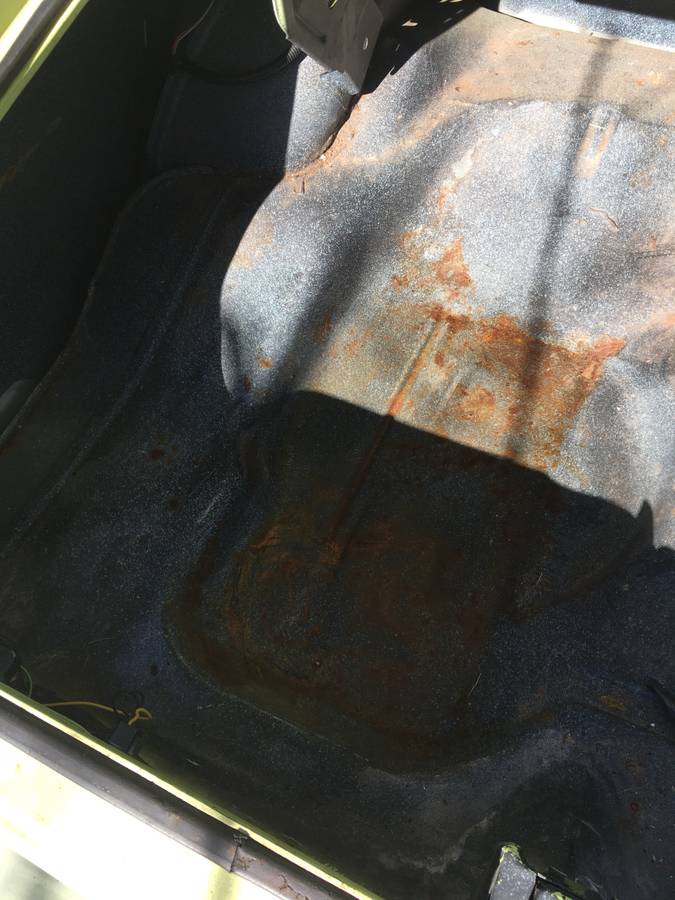 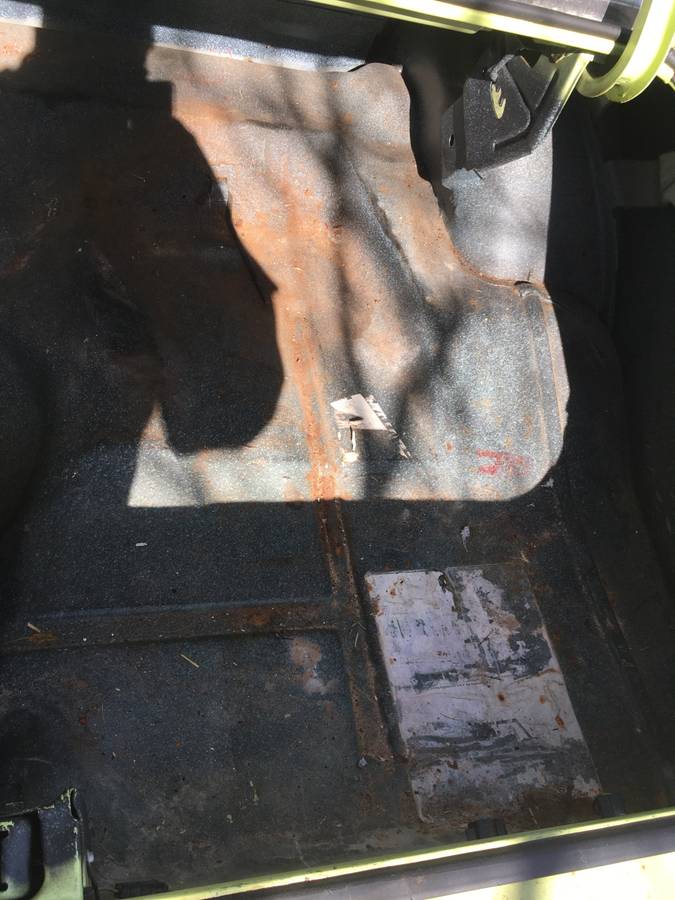 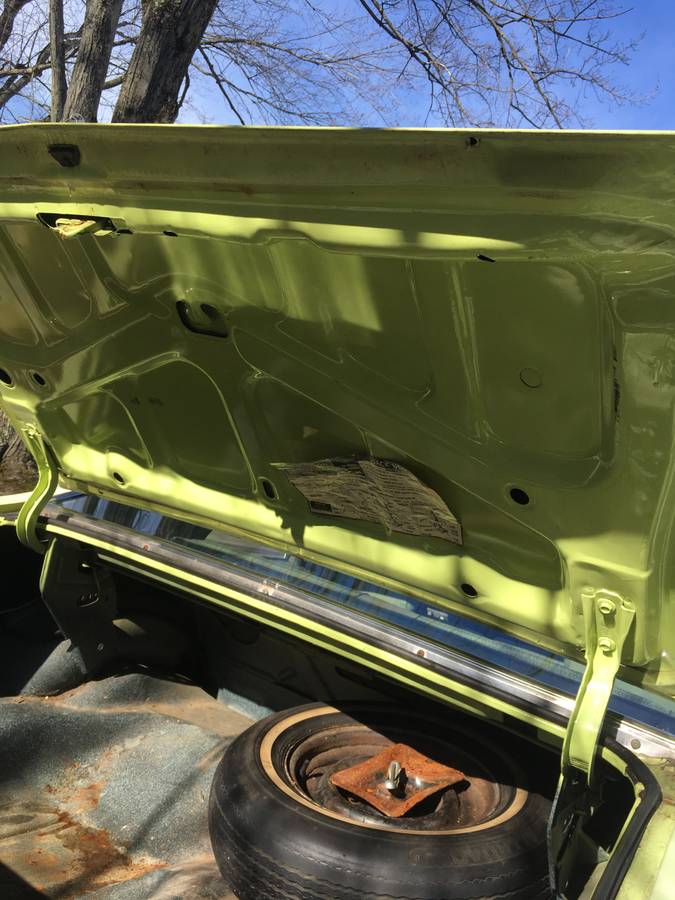 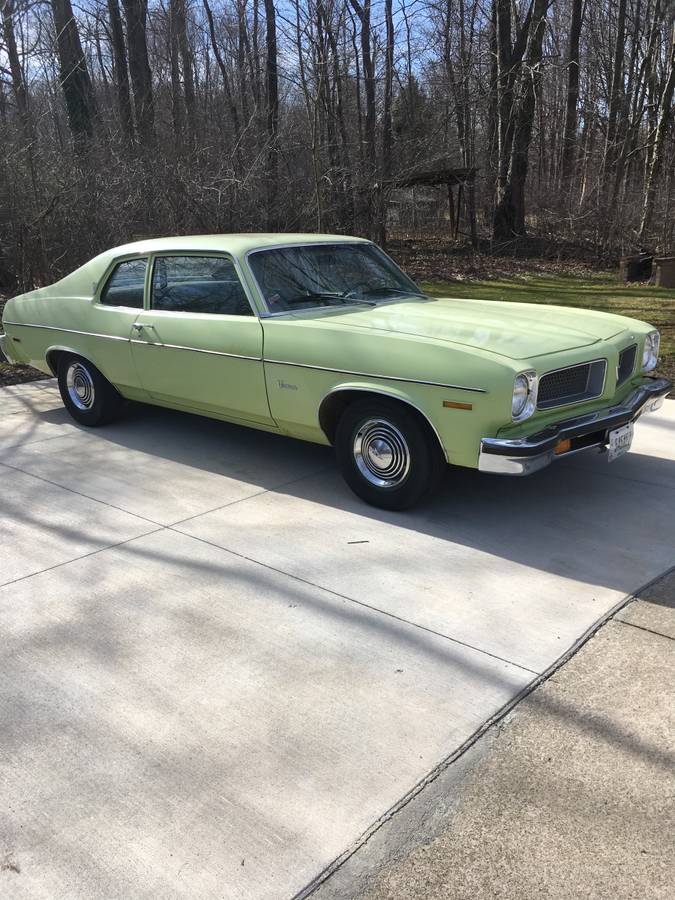 April 12, 2021 Update – Back on March 27, Rudy received a request via text message asking for help locating a ’74 Pontiac Ventura similar to this Green Hatchback survivor we featured in November 2020. The stars were aligned that day as Rudy just happened upon this Fernmist Green sedan example he planned on Monday the 29th. Rudy provided Greg the lead and carried on featuring the Ventura as presented below. Rudy marked the car as sold one week later as noted below.

Fast forward to this past weekend, when Rudy received a follow-up text from Greg indicating that he bought the Ventura as a surprise for his father!  It turns out Greg has been on a ten-year search to find a ’74 Ventura like the one his father originally owned when he worked for GM Canada in Ontario before it was totaled by a truck in 1976.  Greg is anxiously awaiting the car to be shipped from Ohio to the Houston area where they live now so he can present it to his father as a surprise! Greg found some old pictures of his Father’s original Ventura from back in the day, one of which includes his mother, who sadly passed away in 2015: 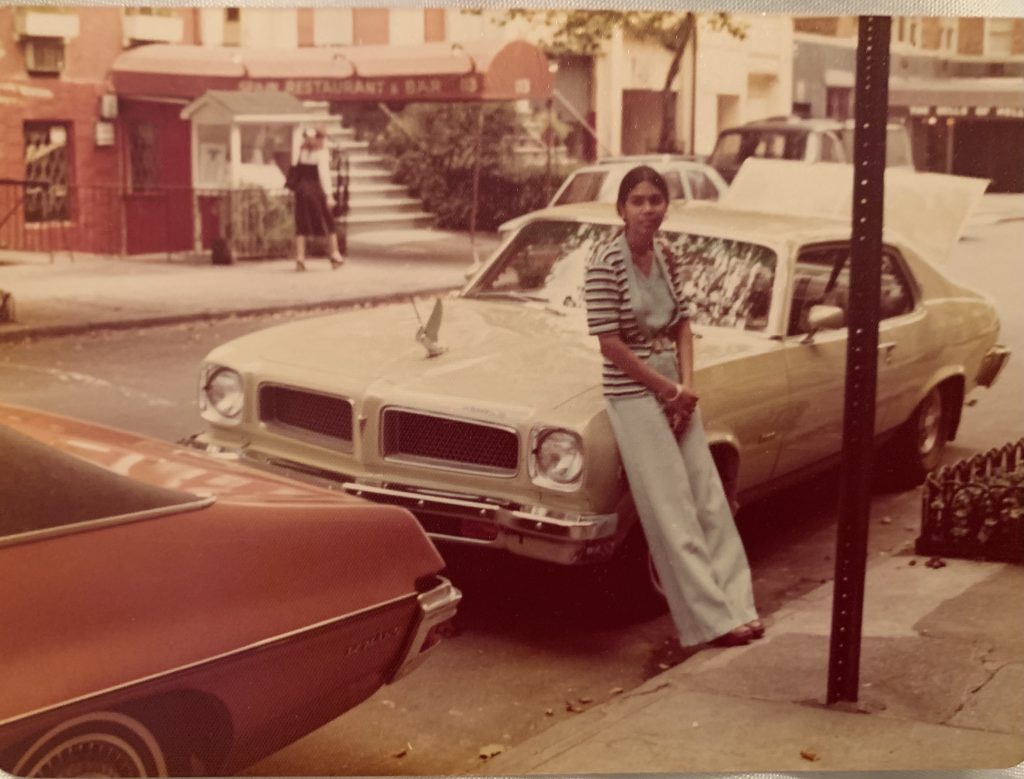 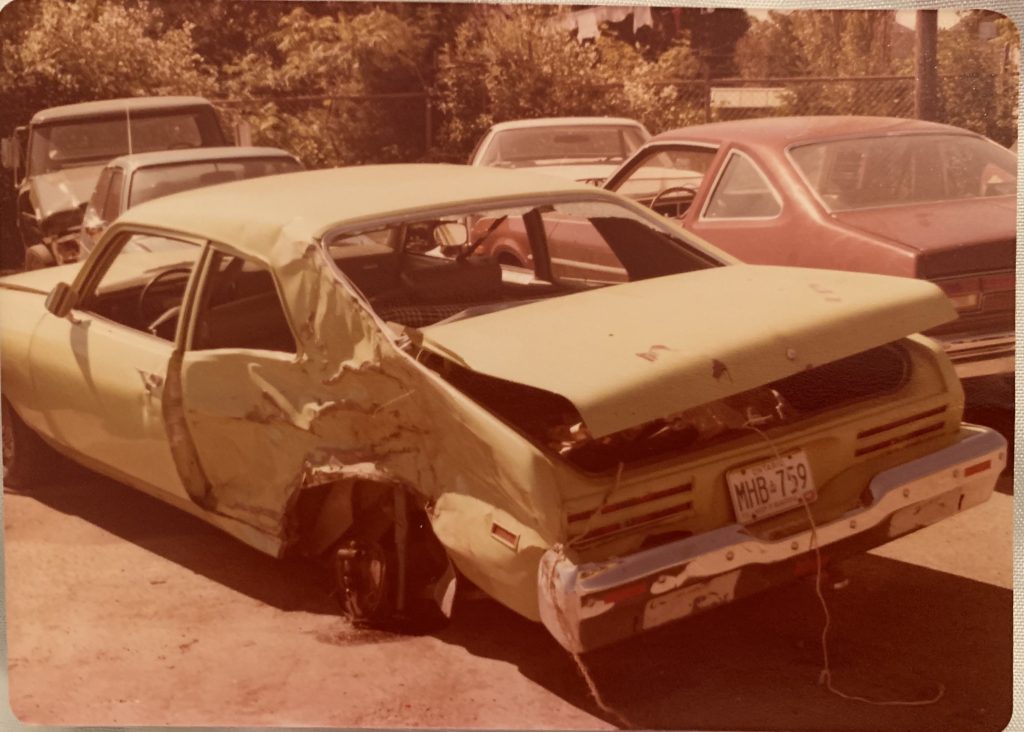 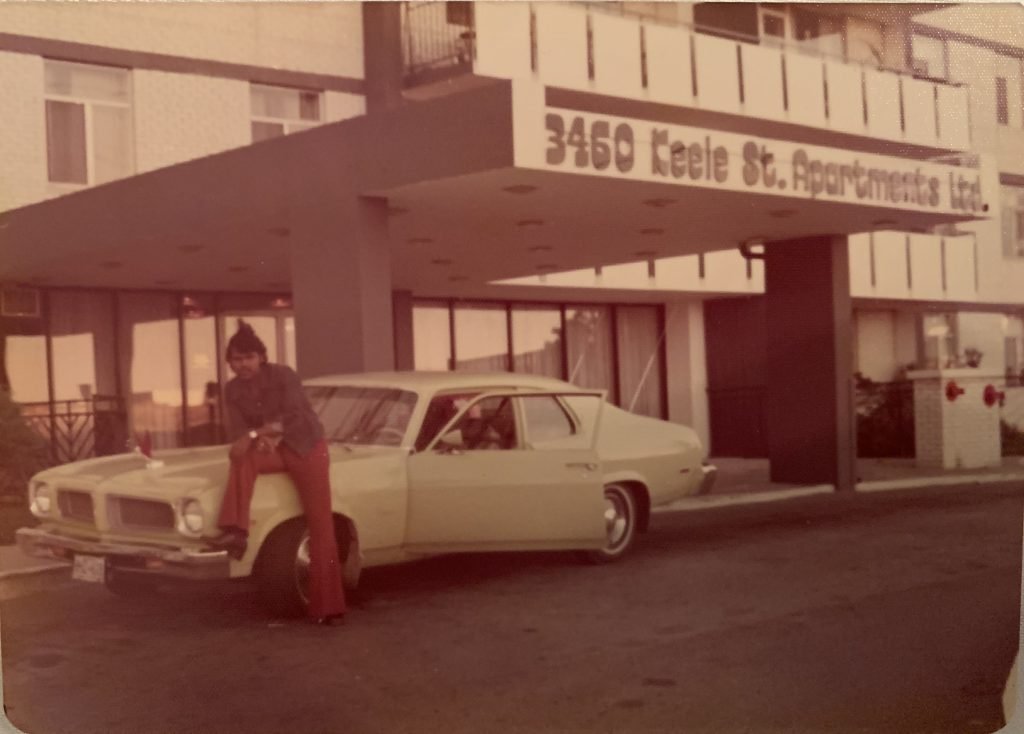 Greg promises to provide an update as soon as the Ventura arrives later this month. Stay tuned!

April 4, 2021 Update – we confirmed the seller of this Pontiac Ventura “Classifind” deleted their listing, so we’re now able to call this one “SOLD!” While this one got away, please reach out either by email or call Rudy directly if you’d like to be informed when we come across something similar.

One hundred fifty dollars. That’s what I paid my uncle in 1980 for his well-rusted, 250 cubic inch, one hundred horsepower, 1974 Pontiac Ventura. The only silver-colored car I ever owned. In addition to being my first car, I experienced a number of other firsts the freedom of driving provides a newly licensed teenager provides in that car. While I always wanted to replace the Chevy inline-six with something more potent, the combination of $1.15 a gallon gas, a $3.35 an hour minimum wage, and a very rusty $150 Pontiac never made that more than a pipe dream in high school. Coming across this 56K original mile Fernmist Green 1974 Pontiac Ventura Coupe in March 2021 on Craigslist in Solon, Ohia (Cleveland) has me badly wanting to relive my youth by turning this car into the street machine I wanted to forty years ago.  Reviewing the Collector Car Market Review Online Tool reveals the seller’s ask falls between this guide’s #2 “Very Good” estimate of $6,840 and its #1 “Excellent” appraisal of $10,308 after factoring in a five percent offsetting deduction for having inline-six power (-15%) while being equipped with factory air conditioning (+10%). Interestingly, the Hagerty Insurance Online Valuation Tool only provides GTO trim level values, so it’s worth noting the seller’s ask falls between this guide’s #4 “Fair” (Daily Driver) estimate of $6,700 and its #3 “Good” appraisal of $13,100.

Originally a trim level name applied to some full-size Pontiacs during the 1960s, the GM Division moved the name to its badge-engineered version of the X-Body (think Chevy Nova) as the Ventura II in 1971. Pontiac immediately dropped the “II” suffix for 1972.  By 1974, Ventura engine offerings were limited to either Chevrolet’s one-barrel-topped 250 cubic inch inline-six or the Pontiac-built 350 cubic inch V8. While the bid news for 1974 was the movement of the GTO name as a trim package on the Ventura, the long-forgotten safety was now standard for 1974: the dreaded seat belt starter interlock.  That’s right: on all 1974 cars, you had to engage the seat belt in order to start the car. Unfortunately, 1974 technology was not yet ready for the task and most owners eliminated the interlock long ago.

The Osborne Tramain YouTube Channel provides a great commercial from 1974:

Follow my posts and you’ll find I prefer most cars be kept stock as they came from the factory. Not with this one.  While I would not go the “GTO Clone” route the seller suggests, putting this Ventura in my garage would later have it come out with the full LS-swapped restomod treatment.  This is a nice solid base that has factory air conditioning, so no one will miss that inline-six and God-awful interior.

Stock or Street Machine: what would you do with this survivor Ventura?  Comment below and let us know!