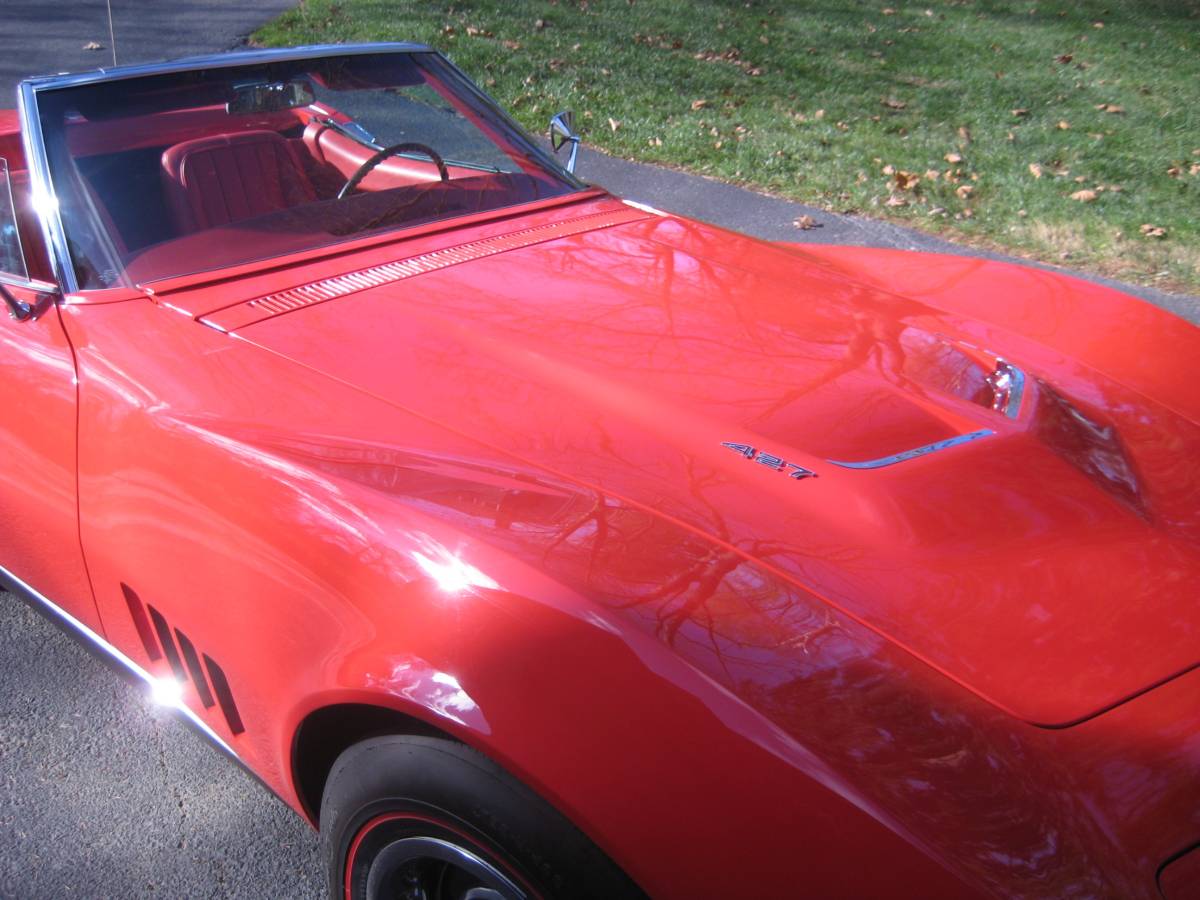 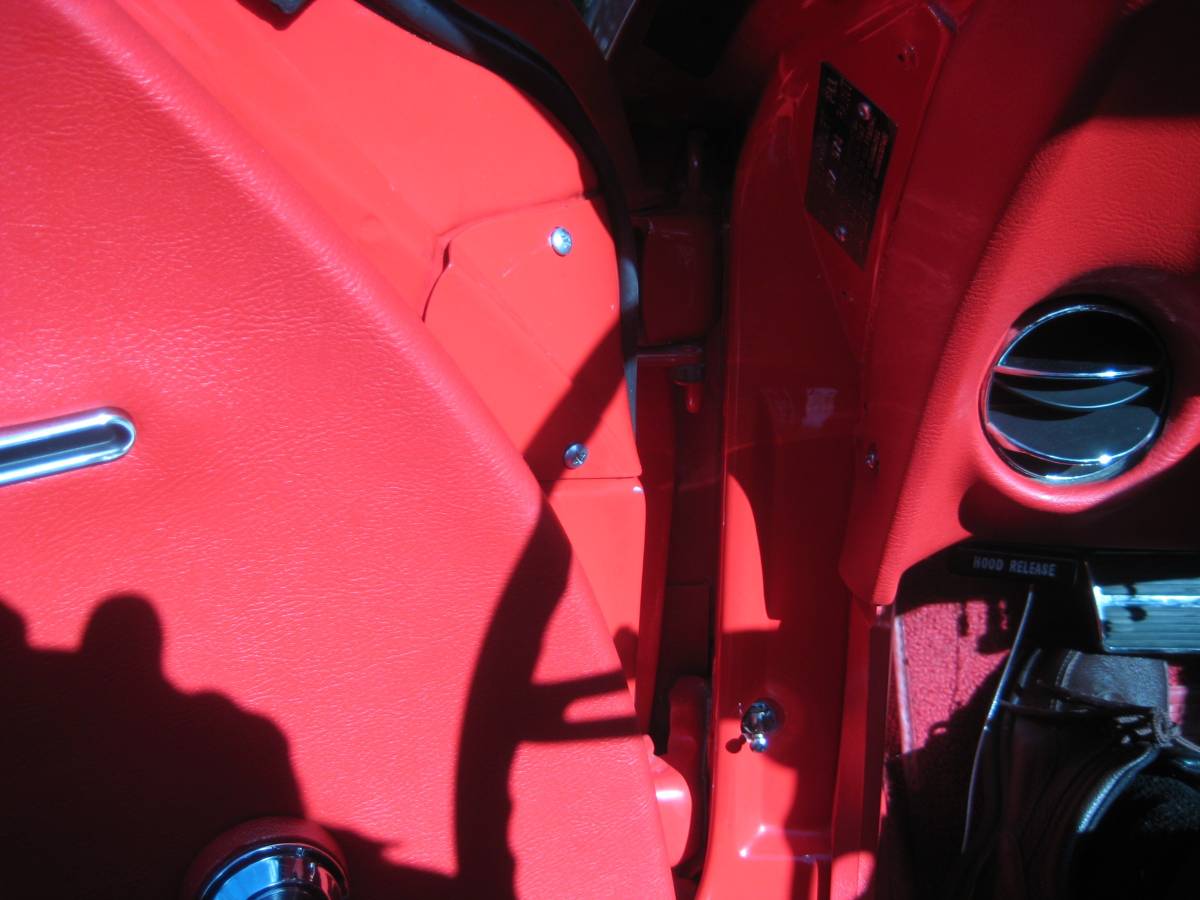 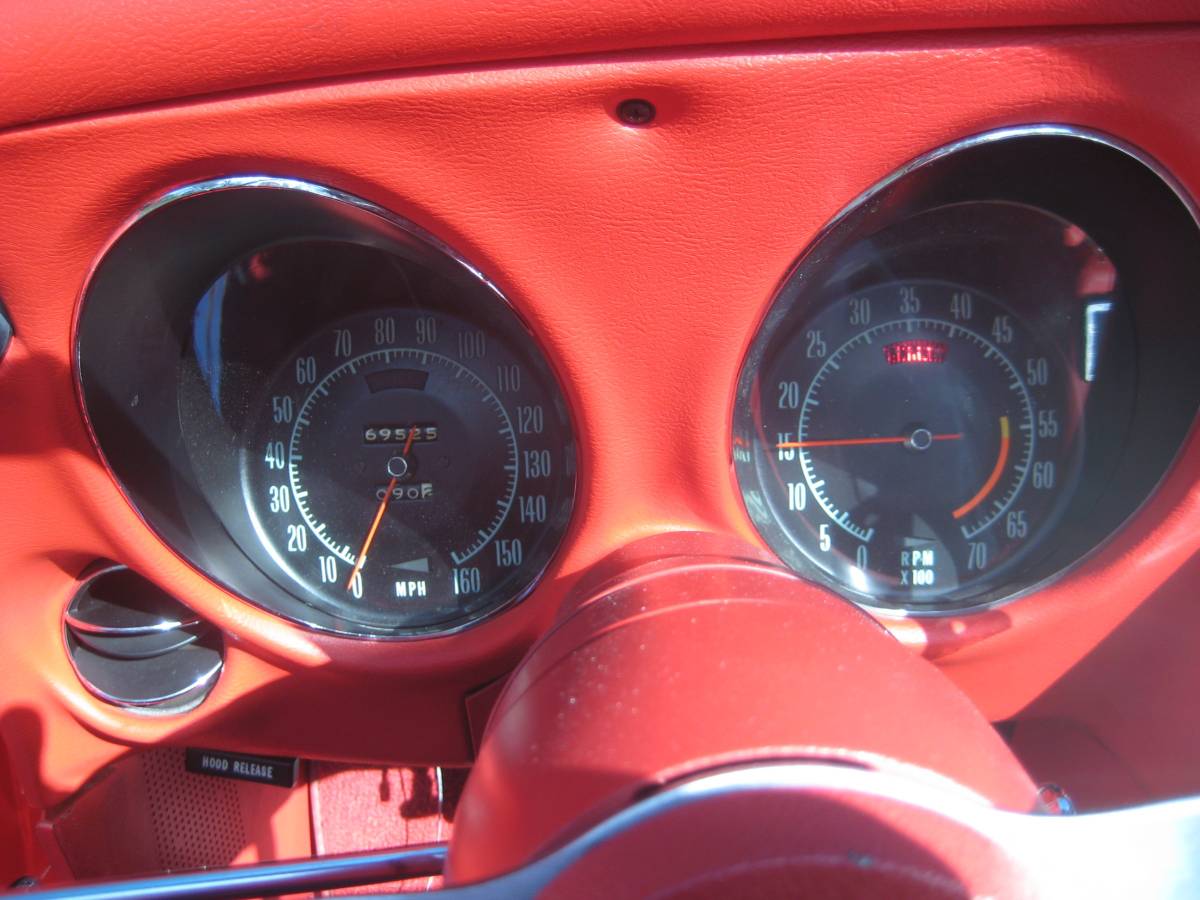 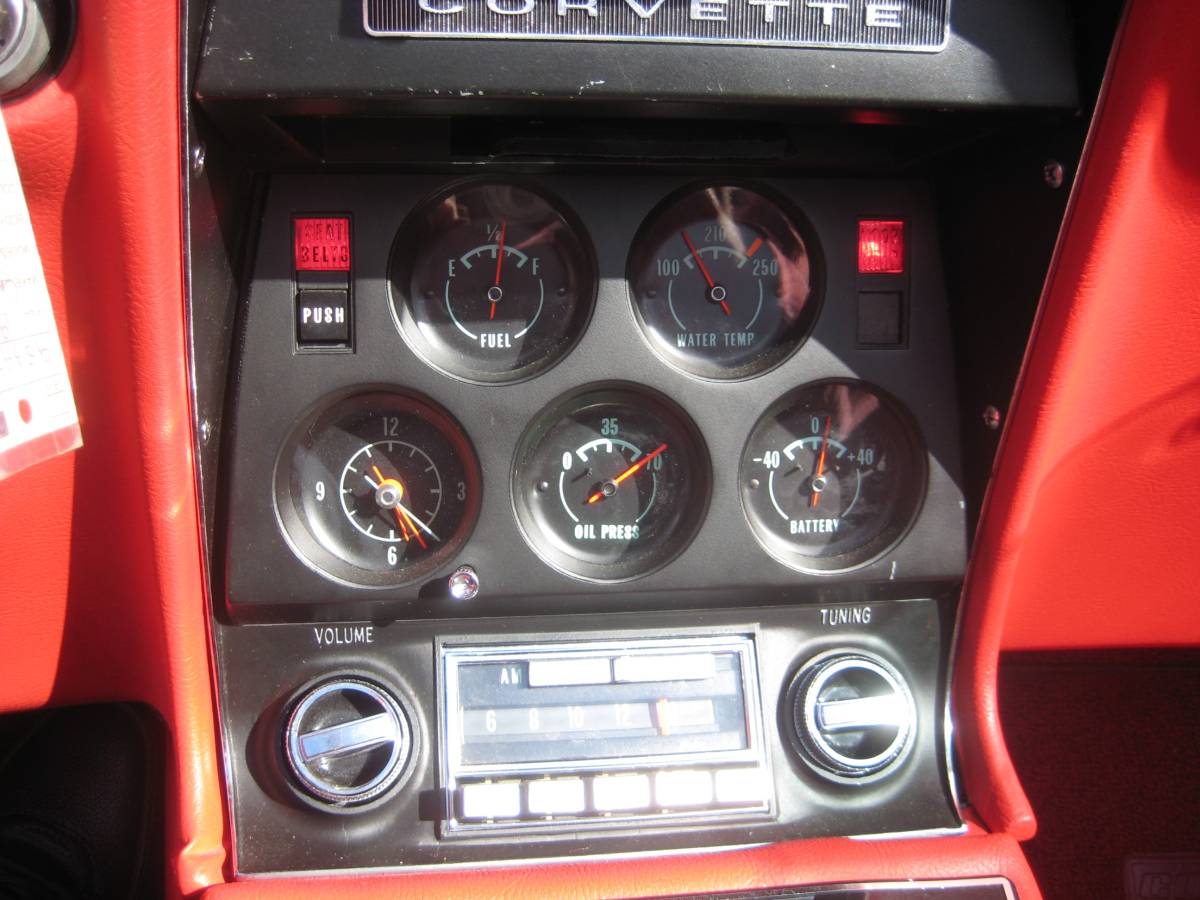 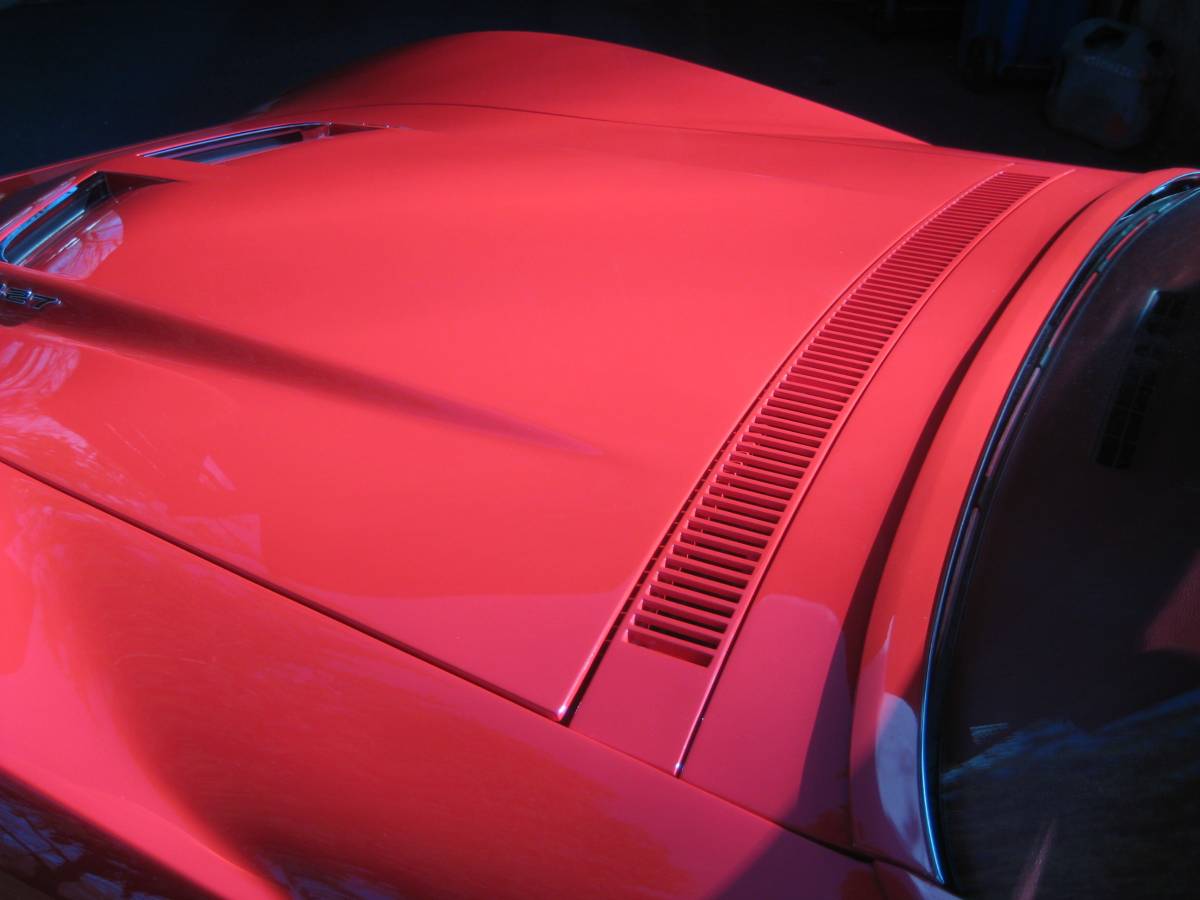 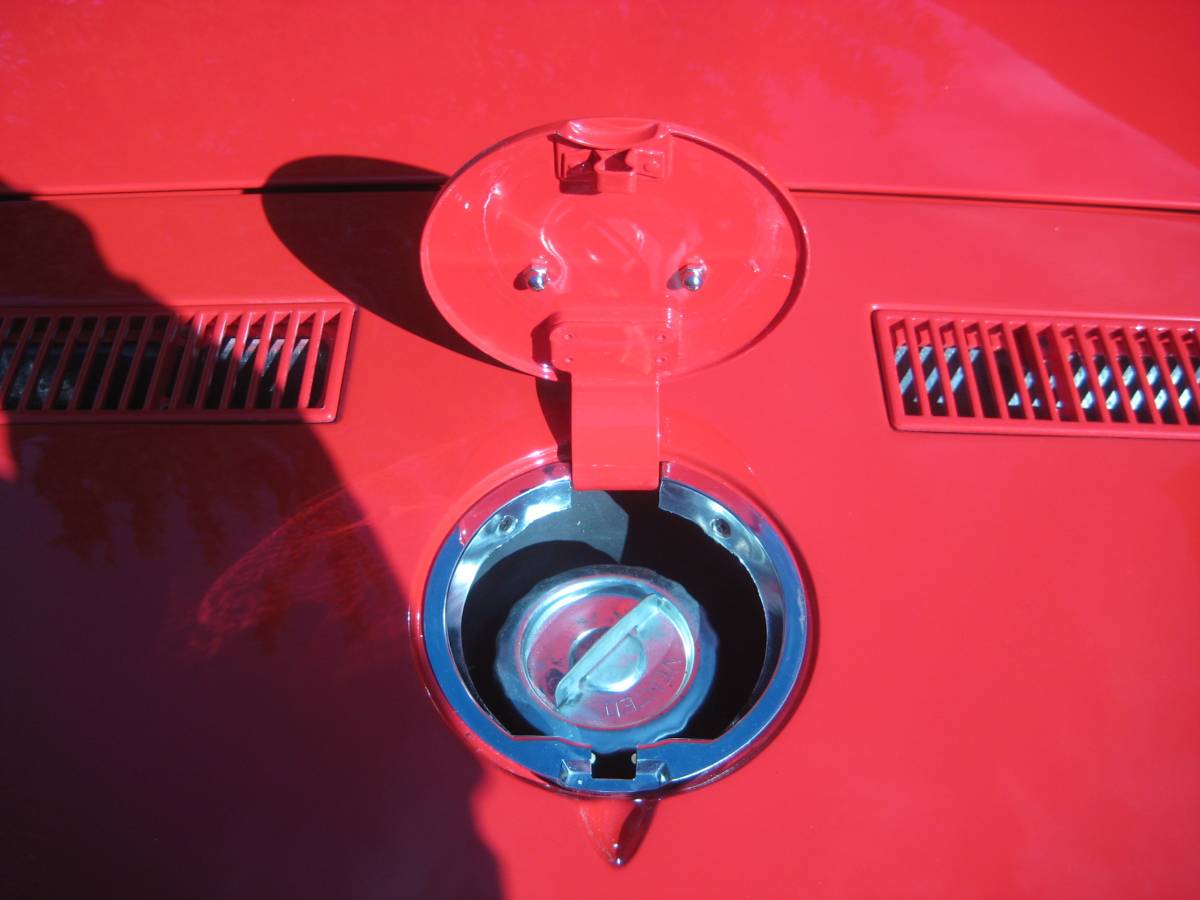 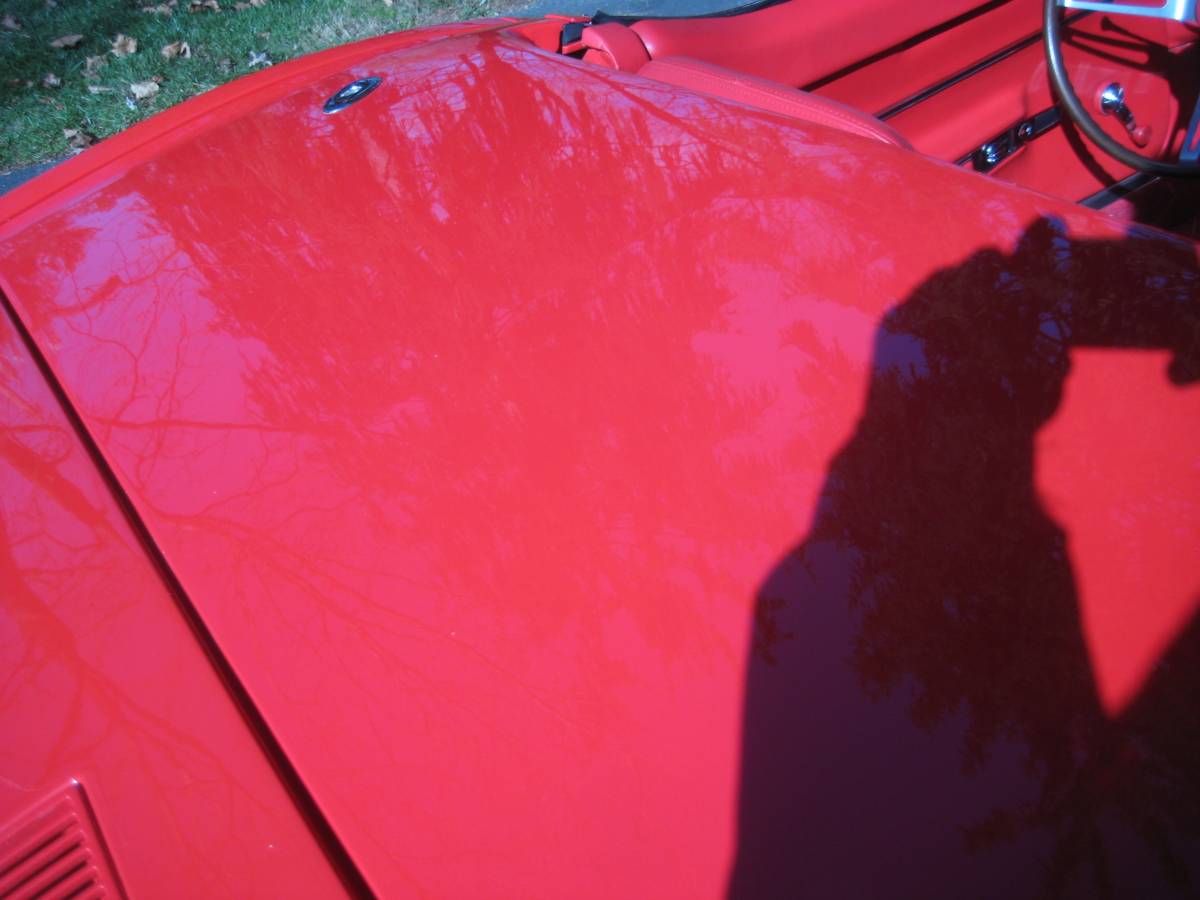 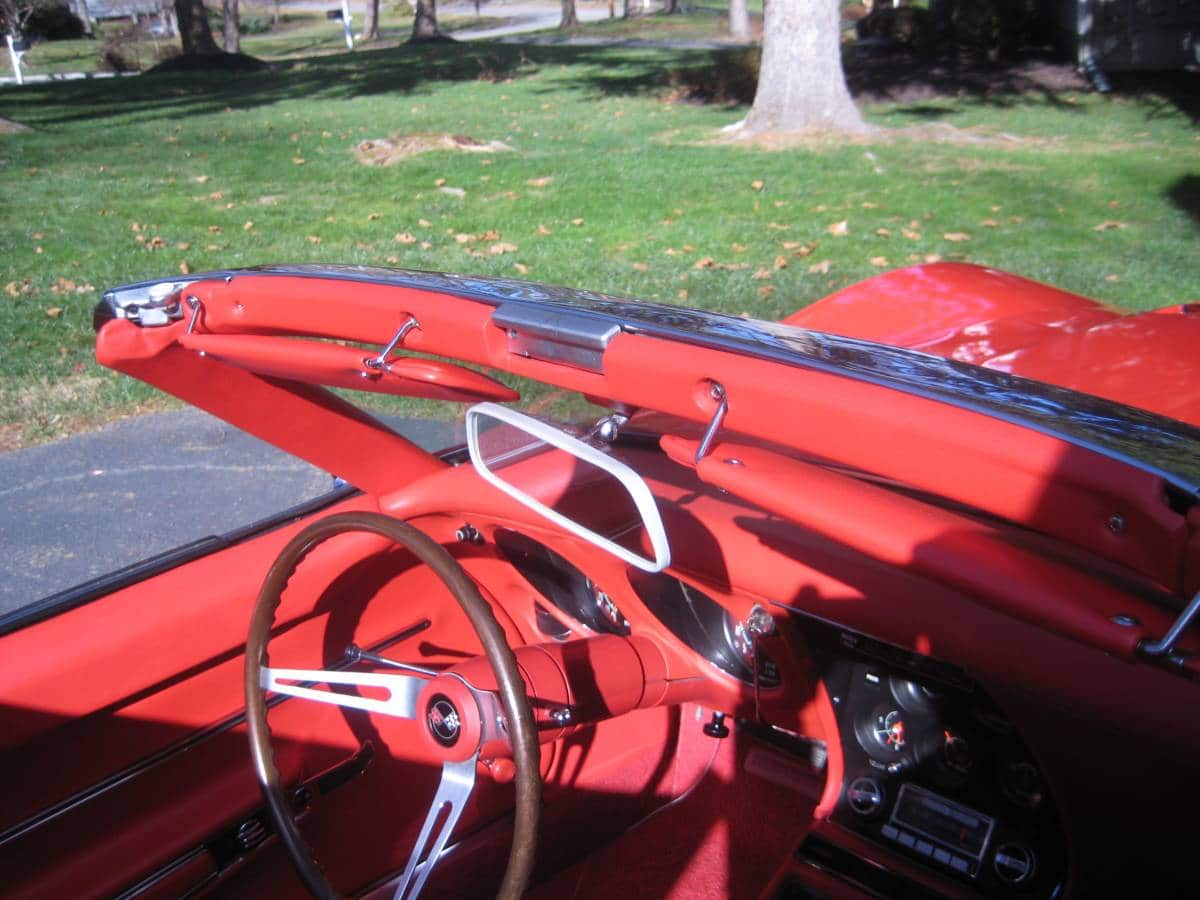 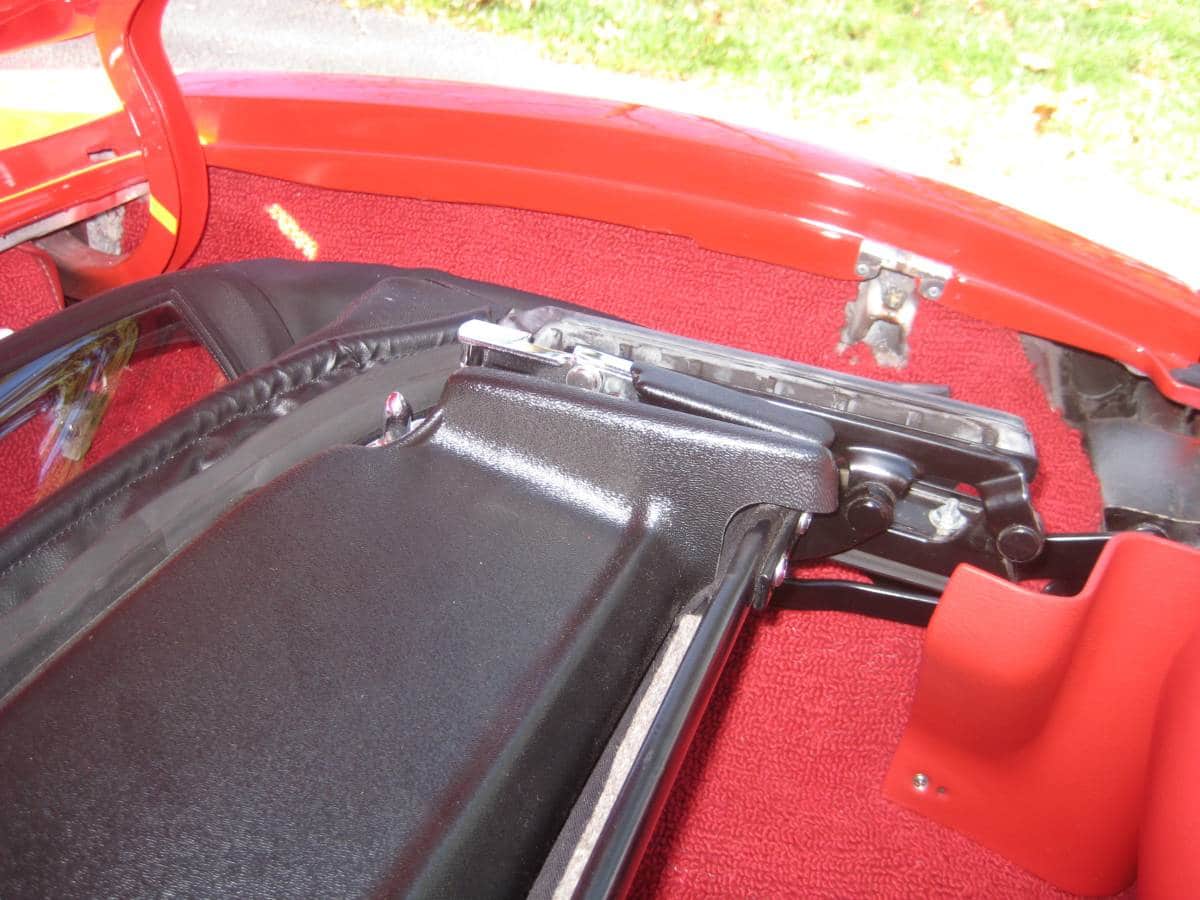 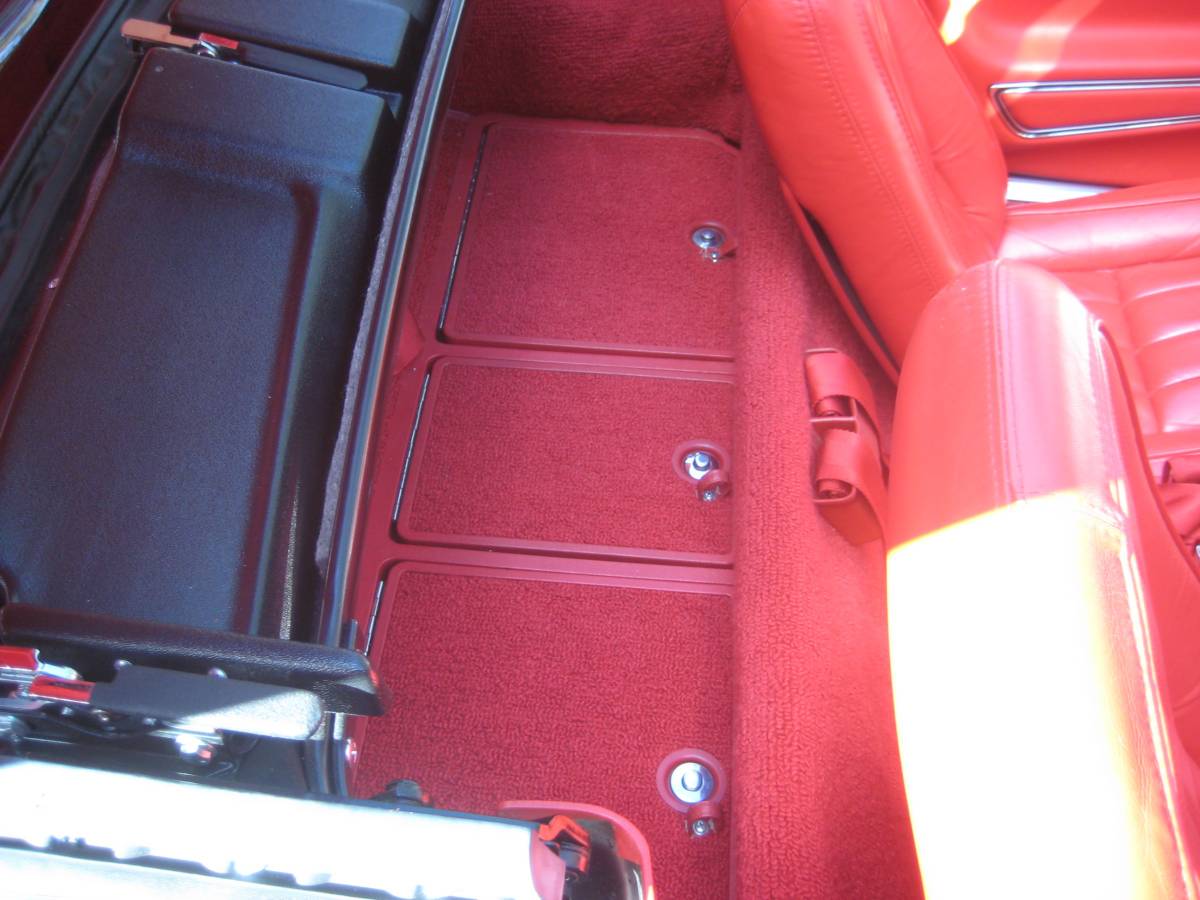 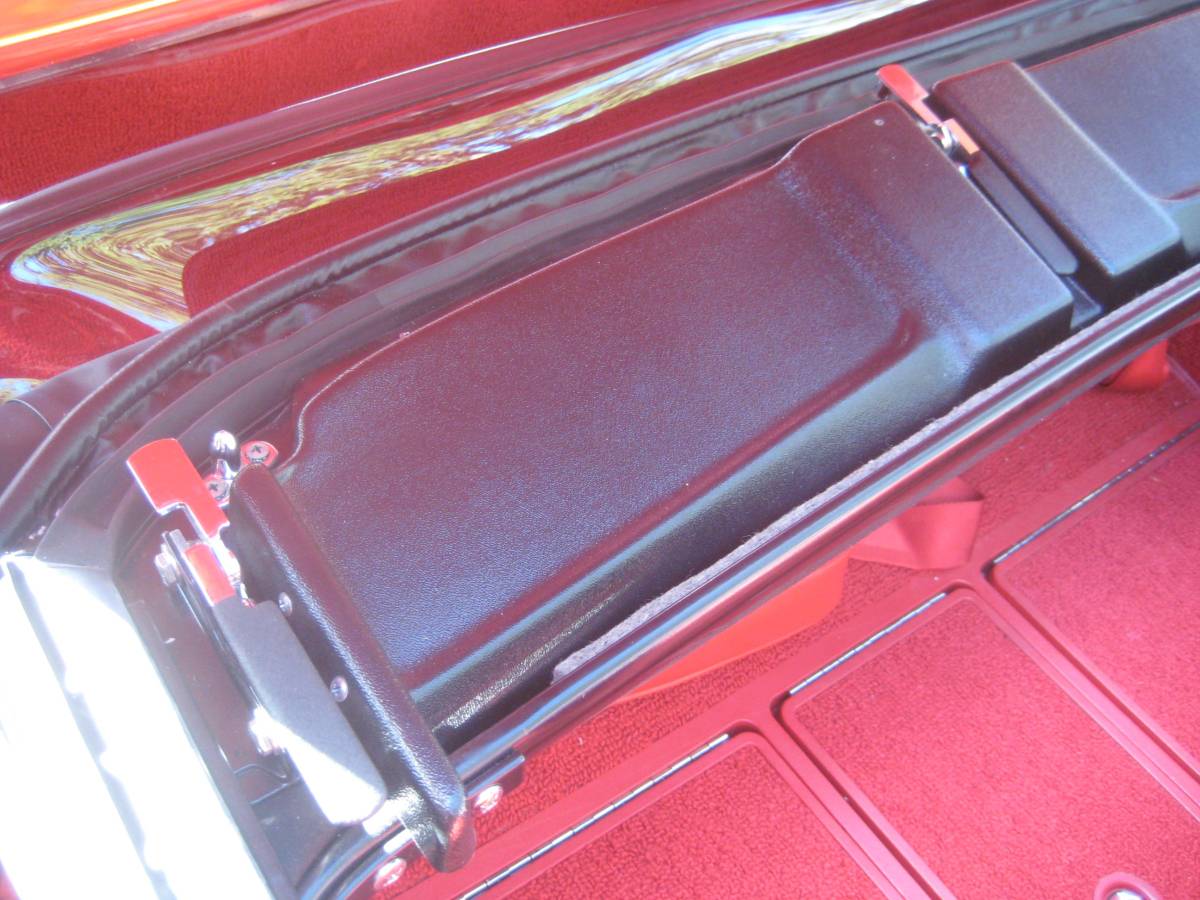 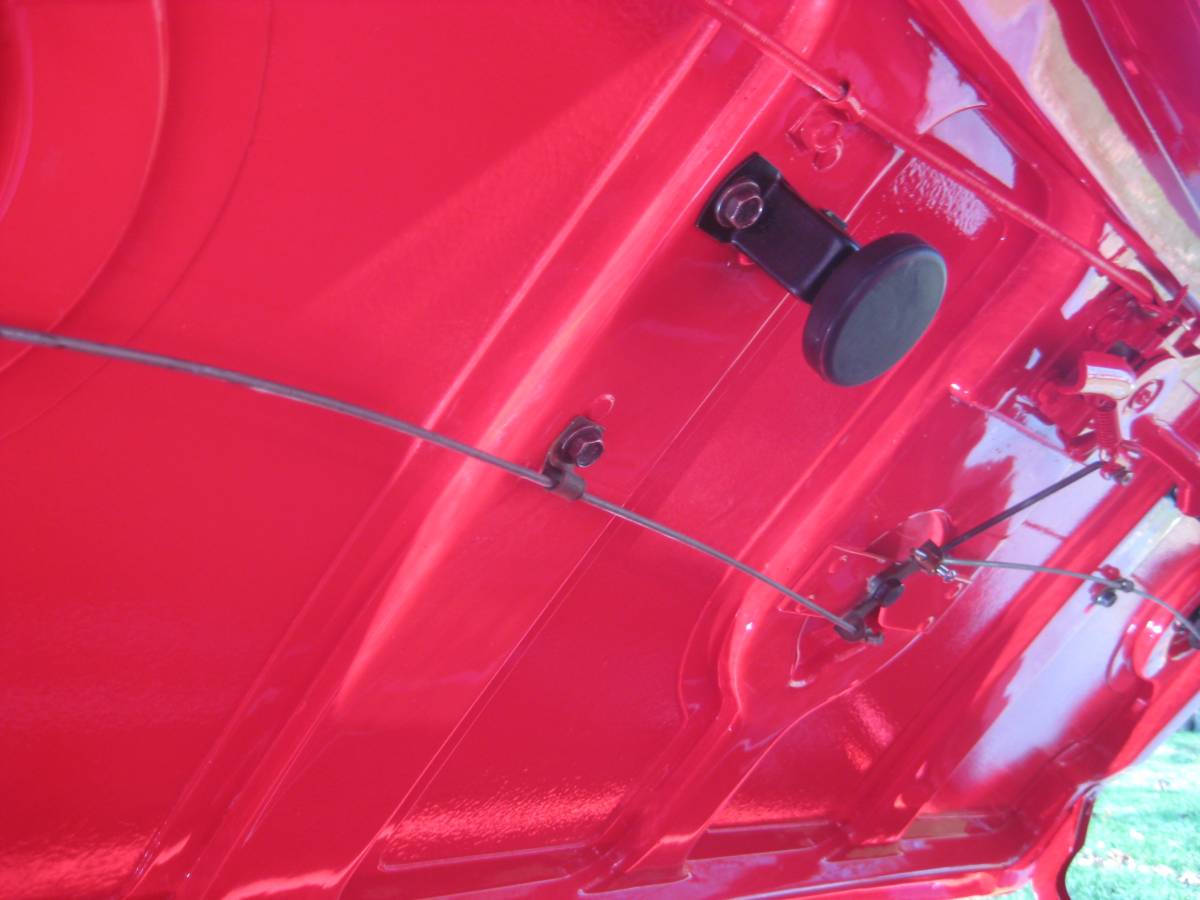 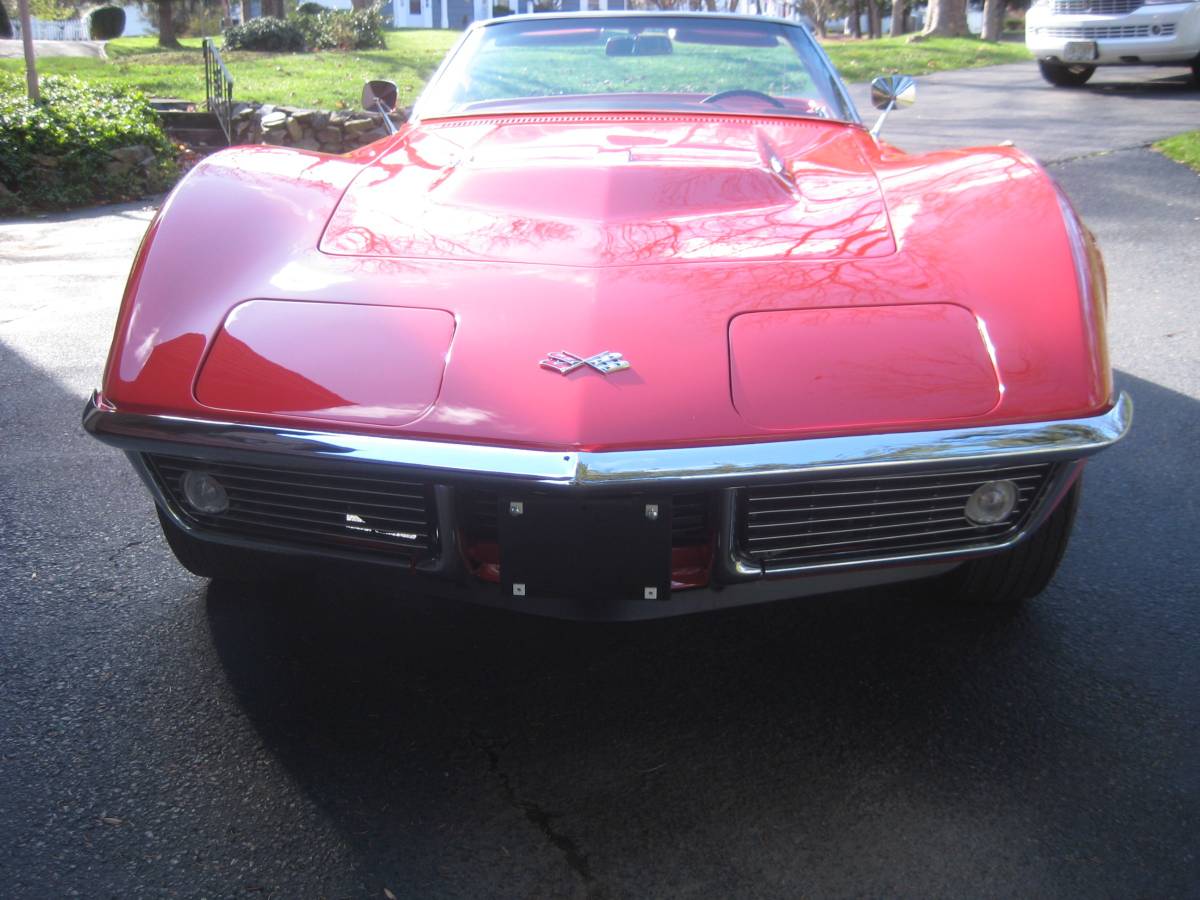 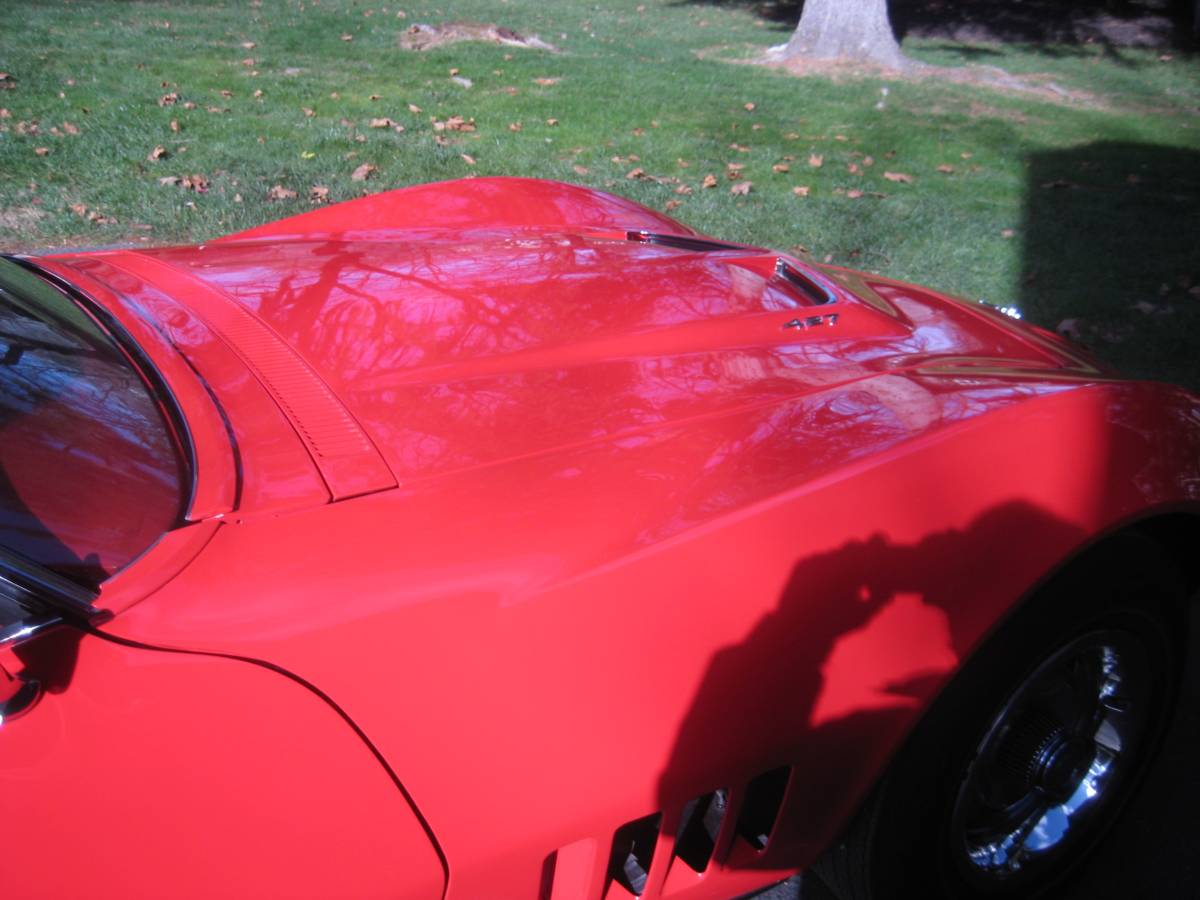 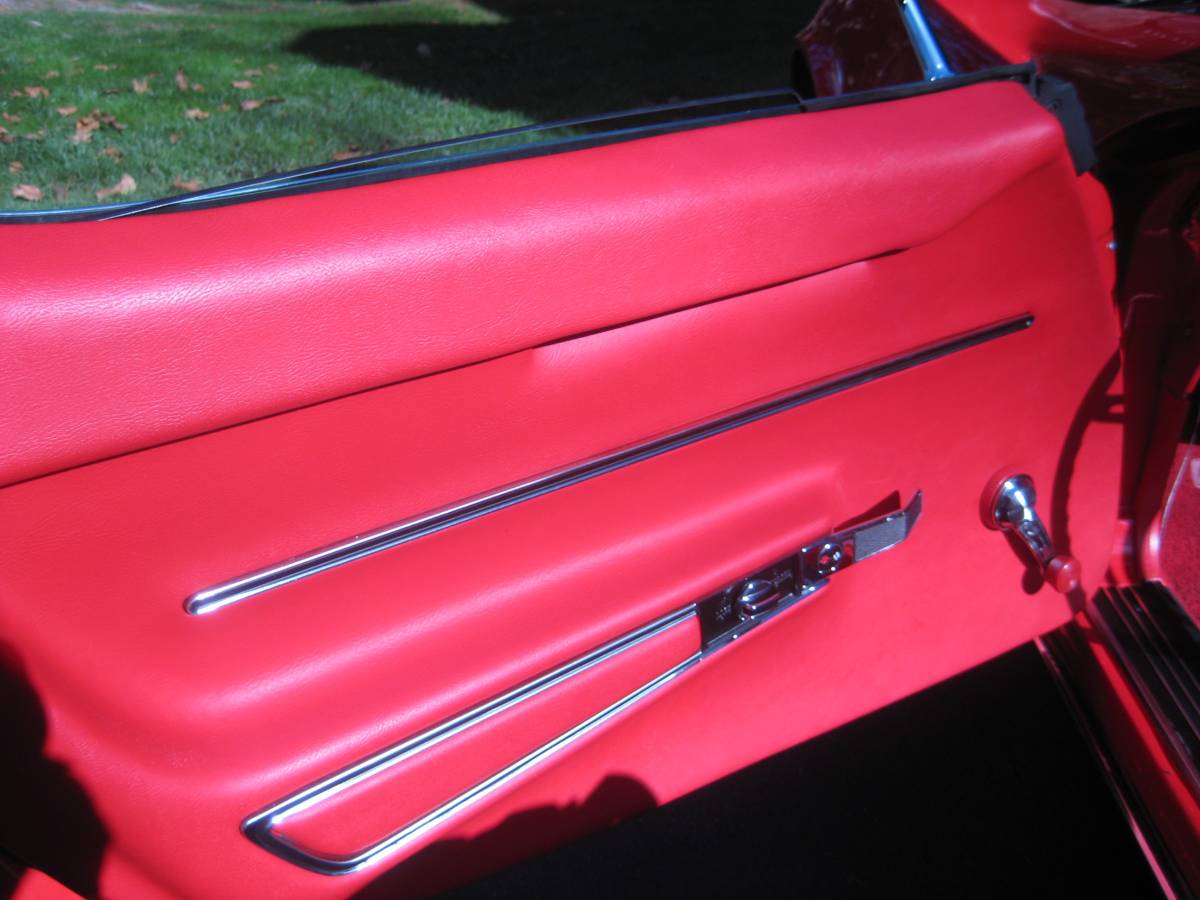 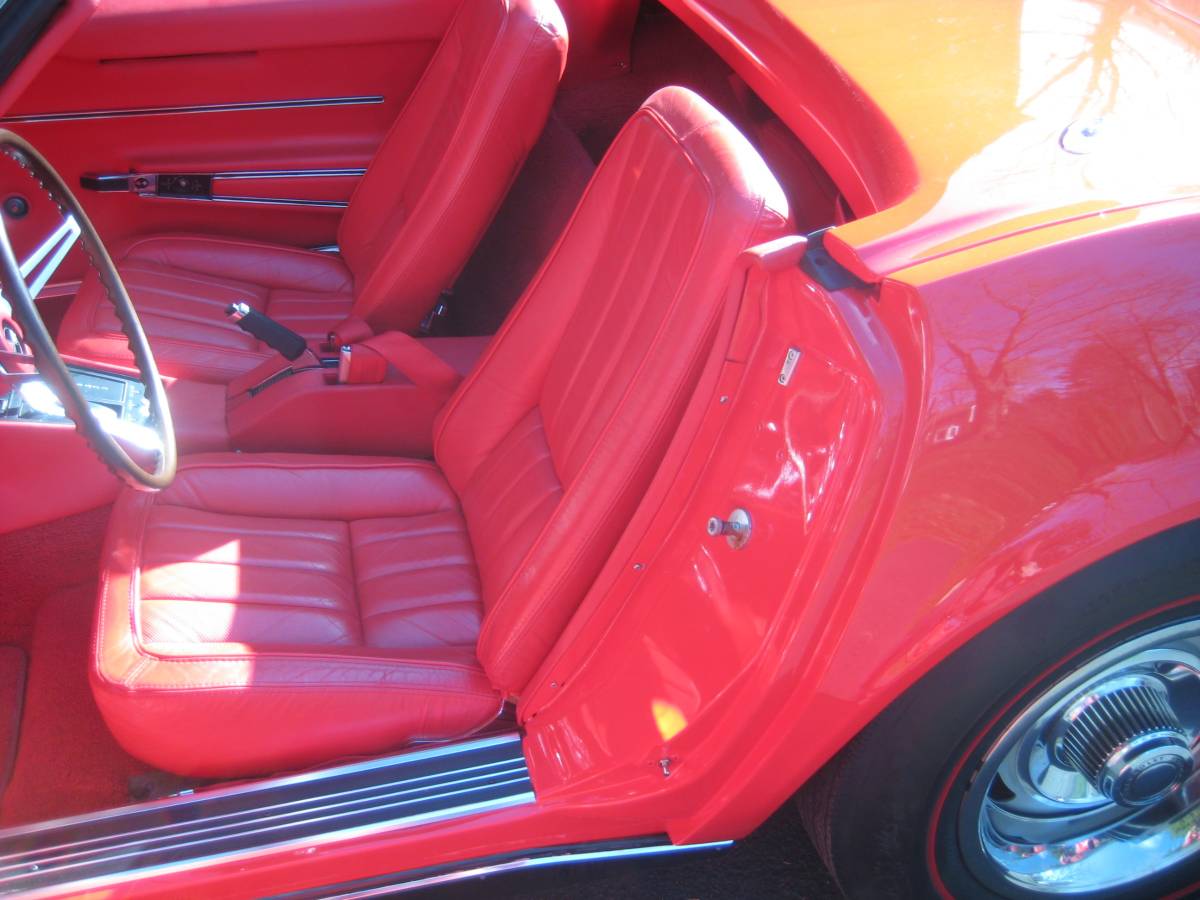 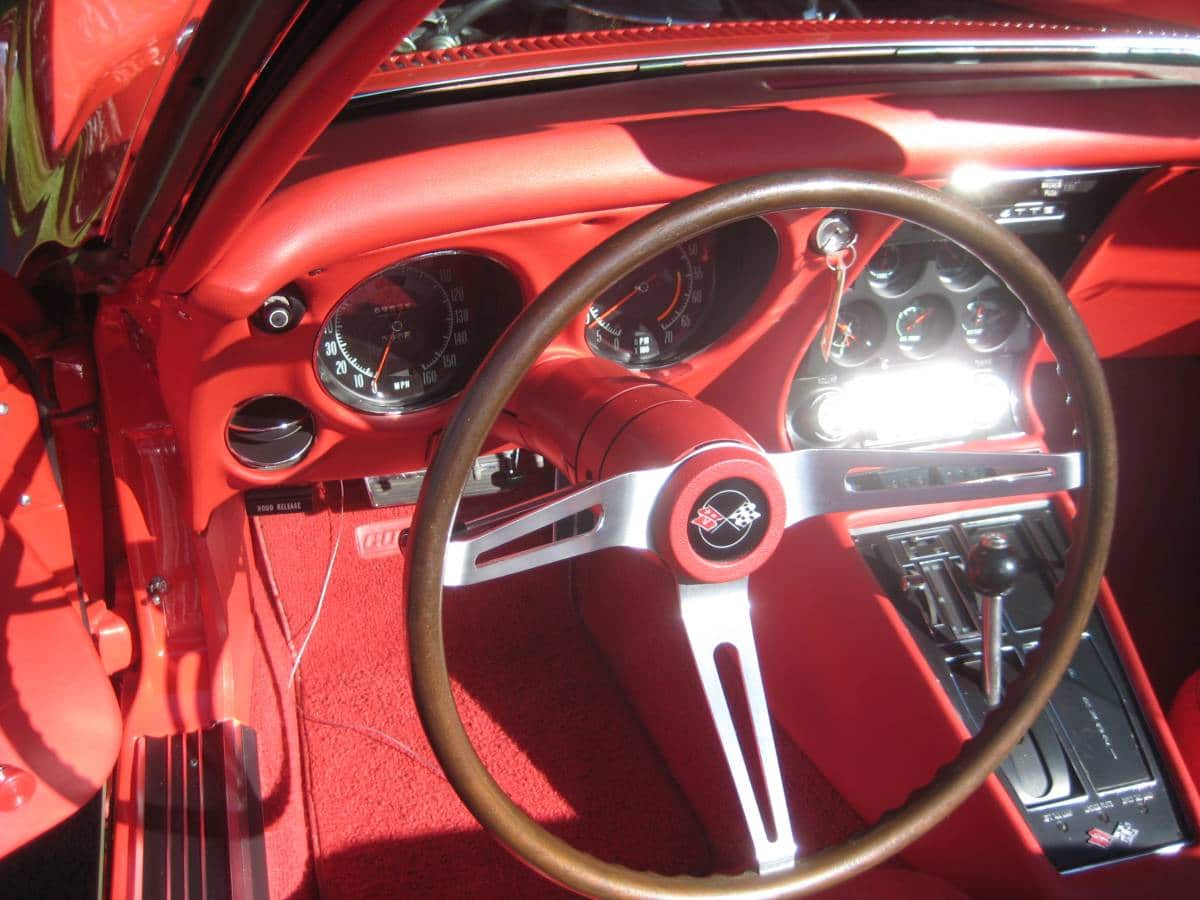 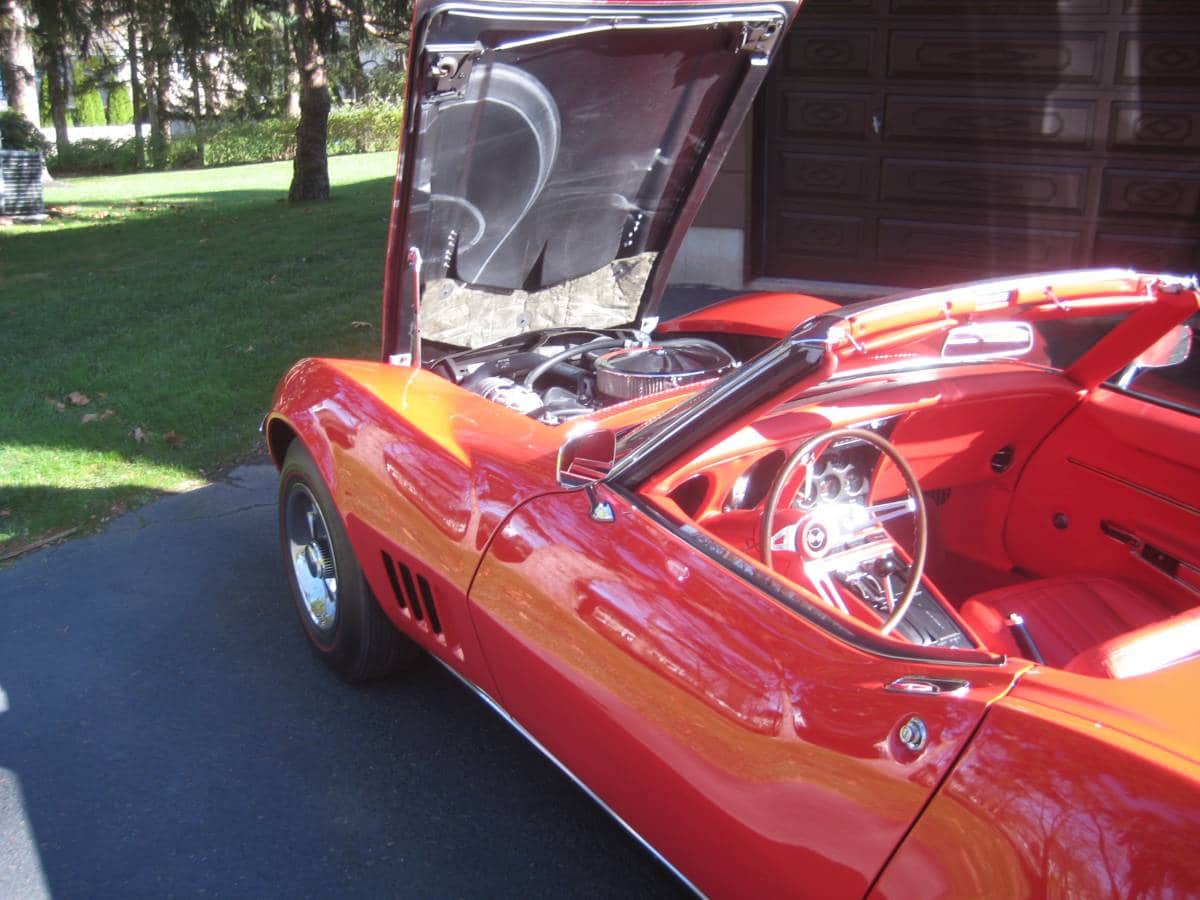 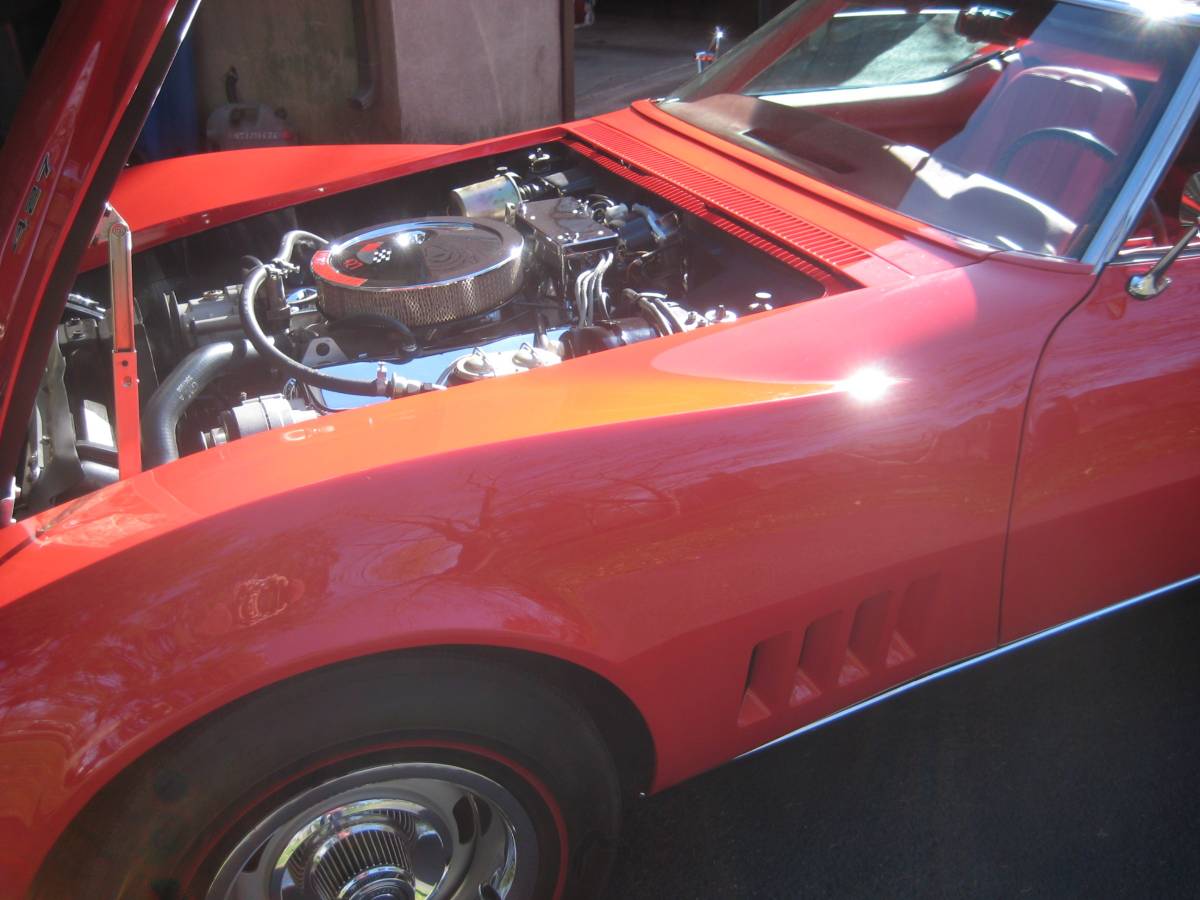 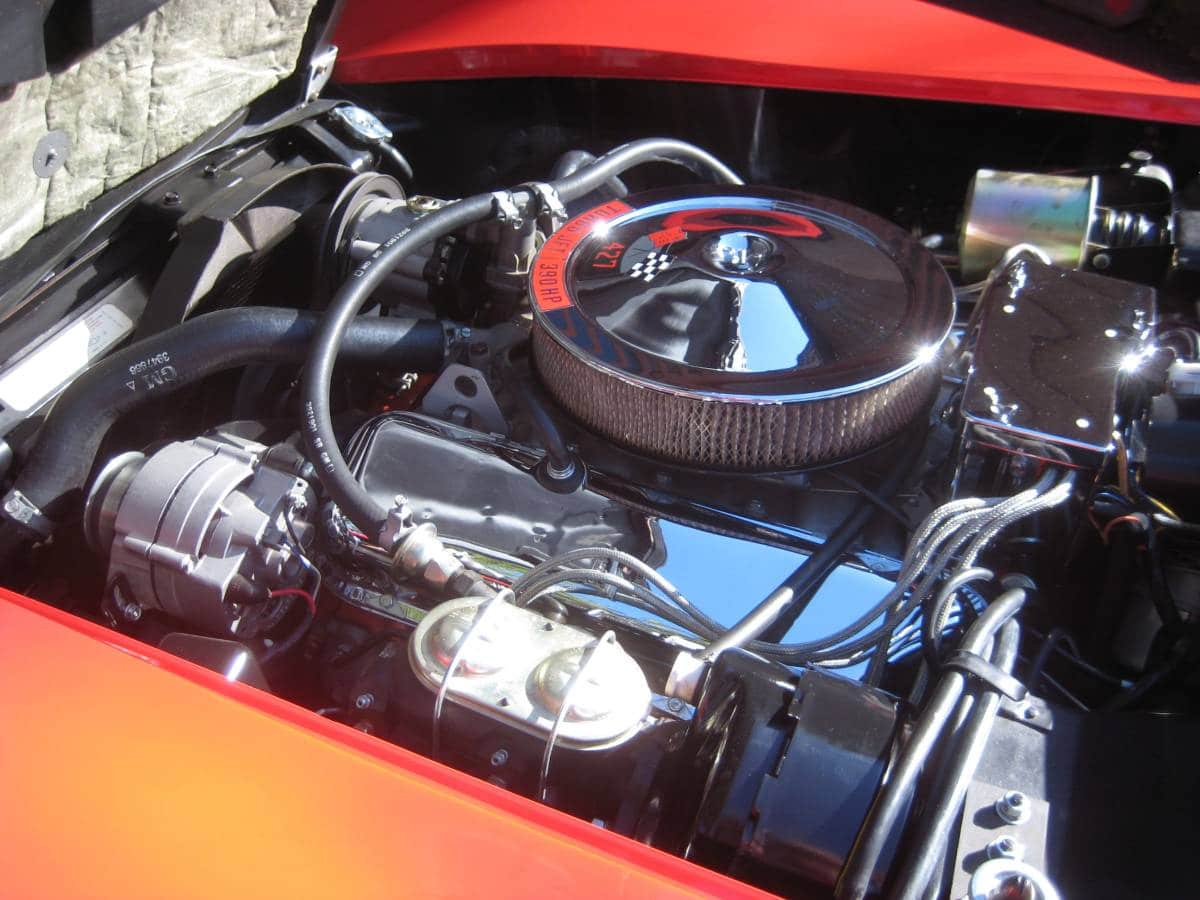 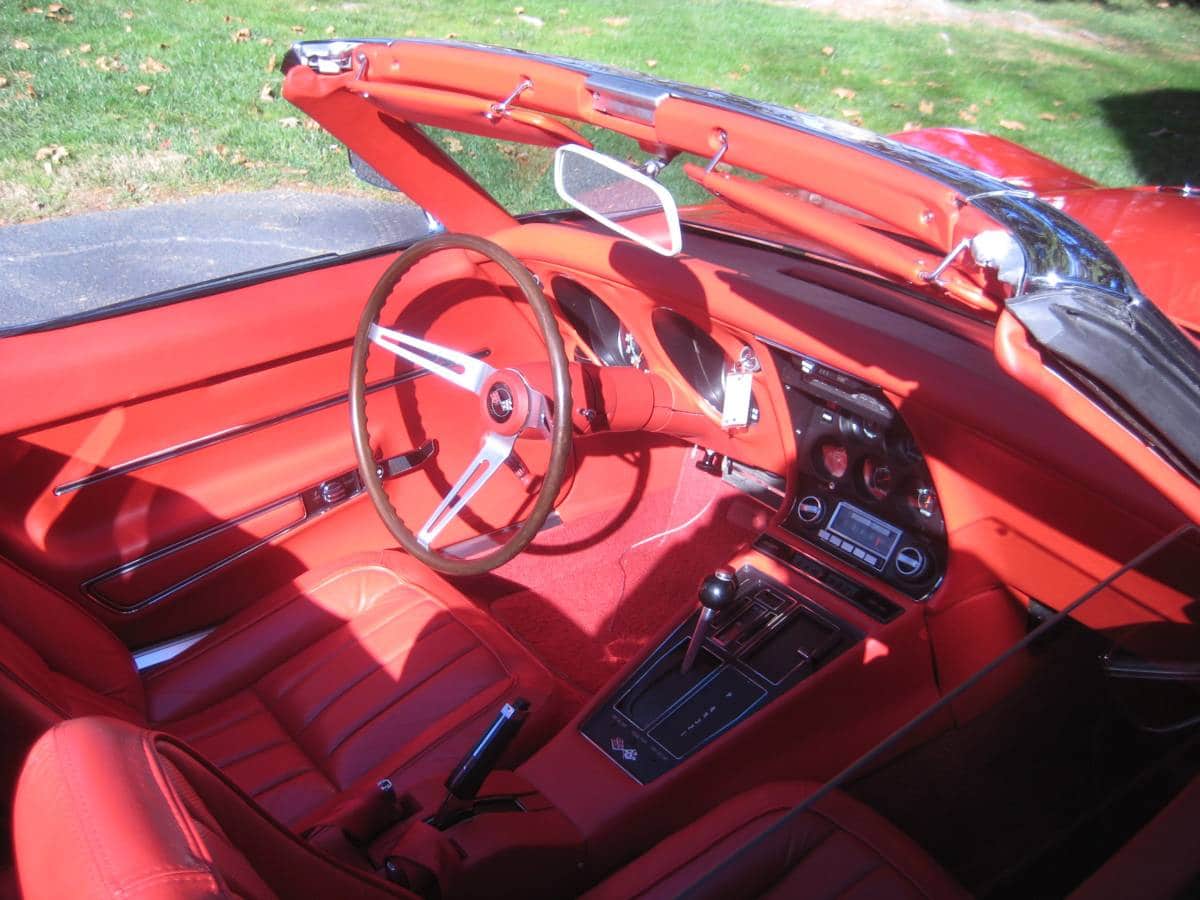 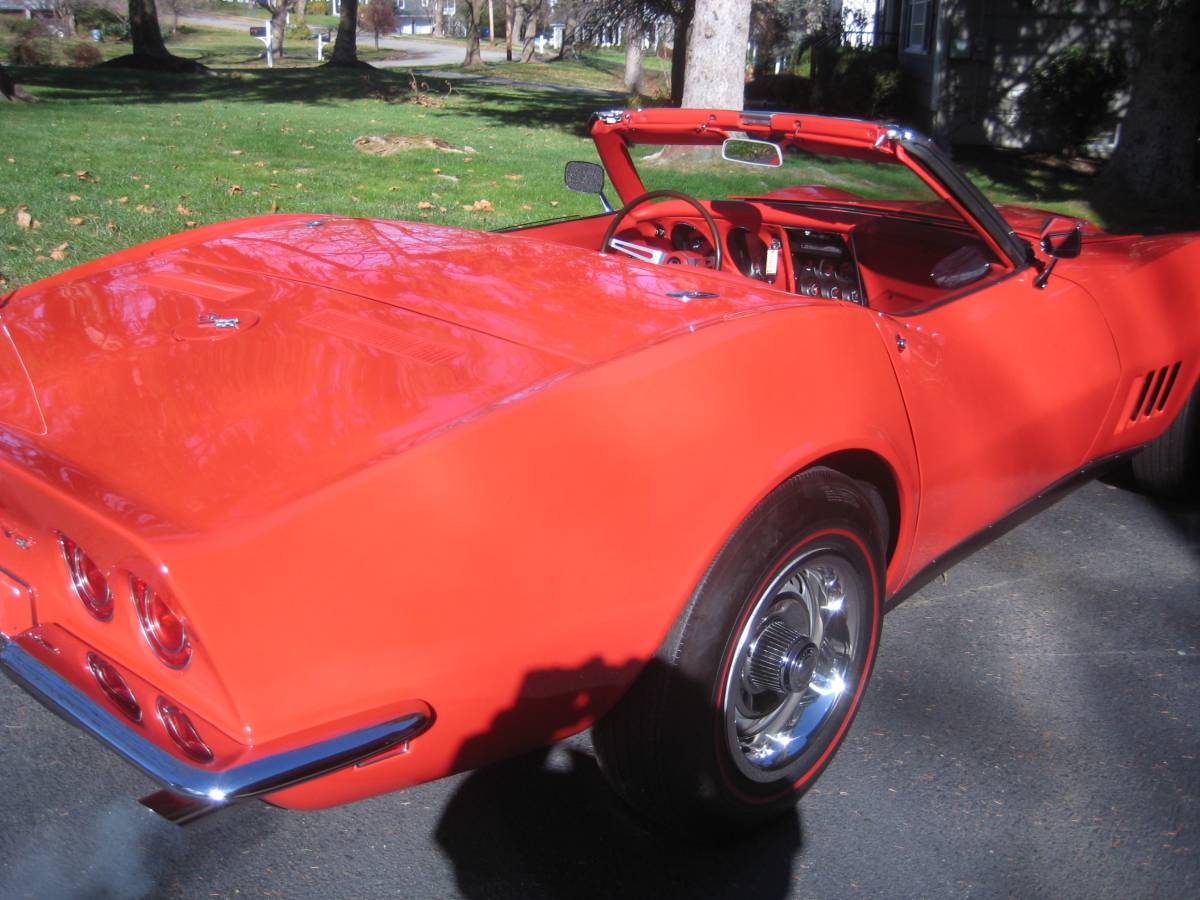 April 16, 2021 Update – while this C3 Corvette “Classifind” expired recently, given the seller’s past history we suspect may not actually be sold yet.  For now, we’re labeling this ride “Sold?” However, we will keep an eye out for an updated listing. In the interim, please reach out either by email or call Rudy directly if you’d like to be informed when we come across something similar.

March 31, 2021 Update – February was a very cold and snowy one throughout Jersey this year, so we were a bit surprised to find the private seller of this all red big block C3 Corvette deleting his listing as we thought it would be a tough time to sell it. Our hunch proved true as they just re-listed their Corvette now that the weather is finally turning warmer. Unfortunately, this seller subscribes to the misguided notion that their asking price should increase directly with the temperature and has such now has it listed for $52,500, which is up from the February price of $49,900.  Luckily for you, neither the internet nor Guys With Rides forgets, so you know where to negotiate from.

February 19, 2021 Update  – while the private seller of this all red C3 Corvette “Classifind” deleted their ad, given the seller’s past history we suspect may not actually be sold yet.  For now, we’re labeling this ride “Sold?” However, we will keep an eye out for an updated listing.

Chevrolet introduced the Mako-Shark-inspired C3 Corvette Stingray for the 1968 model year.  With the stunning C2 version a tough act to follow, the C3 was an attractive car in its own right, with a very curved front end like no other car. Engine choices remained dizzying, from the standard 327 cubic inch small block to the optional big block 427 cubic inch torque monster, all in several states of tune.  Equipped with an automatic transmission, this restored Rally Red over red 1968 convertible relisted several times on Craigslist in Morristown, New Jersey features the 390 horsepower L39 version for $49,900. Comparing that price against the Hagerty Insurance Online Valuation Tool confirms the private seller has their Corvette priced between this guide’s #2 “Excellent” estimate of $41,600 and its #1 “Concours” appraisal of $65,000 before adjusting for options.  Interestingly, the  Collector Car Market Review Online Tool confirms the seller’s revised asking price is $500 less than this guide’s #1 “Excellent” appraisal of $53,000 after factoring in a 30% premium for the L39 V8 option.

The Hagerty Insurance Valuation Guide provides a nice synopsis of the ’68 Corvette Stingray:

“After some delays due to teething troubles, Larry Shinoda’s radical Mako Shark concept became the new Chevrolet Corvette Stingray for 1968, also known as the Corvette C3. Significantly revised from the linear C2 with its knife-edge beltline, the new model featured a T-top option for the coupe and a tunnel rear window, which was removable. The front sloped steeply with pop-up headlights, and fenders were sharply crowned, creating the impression that the car was lower. The new model rode on the same wheelbase, but was seven inches longer and had a Kamm tail.

Other changes included moving the battery behind the seats, the disappearance of vent windows, wipers hidden under a vacuum-powered panel, and a double-acting door mechanism with a push button and an opening lever, only fitted to this year.”

The CarsAndStripes YouTube Channel has this 1968 Vintage Corvette Dealer promotional film posted on its channel:

Based on the pictures provided, this appears to be a nicely restored big-block Corvette in one of the rare colors produced that year.  The combination of big-block, automatic, power steering and power brakes makes this example one of the easier C3s to drive.  As with frame-off restored Corvette, the devil is in the details underneath to confirm you’re not over-paying.  If you don’t know what to look for, hire someone who does to perform a pre-purchase inspection just to be sure.

“Selling a 1968 red Corvette convertible rally red with red interior and black top 427 v8 390hp automatic trans which is rare perfect numbers correct body off full restoration every inch of the car is correct and perfect no money spared.

Call rich if interested at feel free to call or text located in Morristown in a climate-controlled garage rear is 370 ratio posi of course p/s p/b car starts and drives more like a Cadillac smooth rattle free.

Production was January 1968 everything works even the spare is a brand new red line correct tire, jack and tools etc. the tires still have the nubs on them since the restoration this big block numbers correct 427 Vette should be priced at 70 not 50 it is a steal. All systems work correctly such as the wiper doors and headlight doors all new and correct vac lines and devices no sorting out for this restored vett can be driven safely anywhere any distance with reliability. The paint on the car is very high-quality show finish except for a few imperfections between the hood and the headlight doors.“

Show or go: what would you do with this restored Big Block Corvette?  Comment below and let us know!