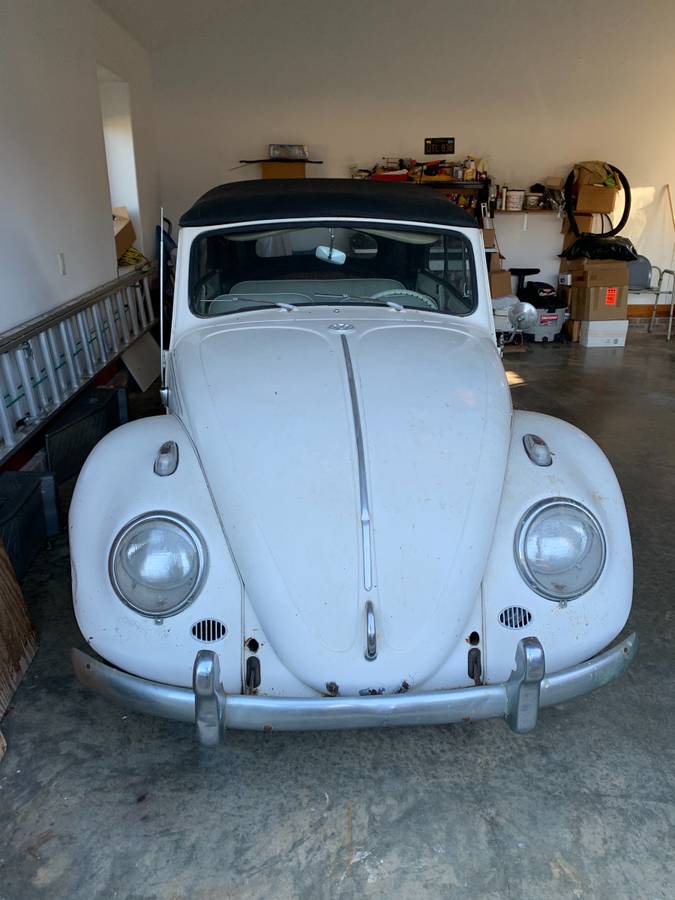 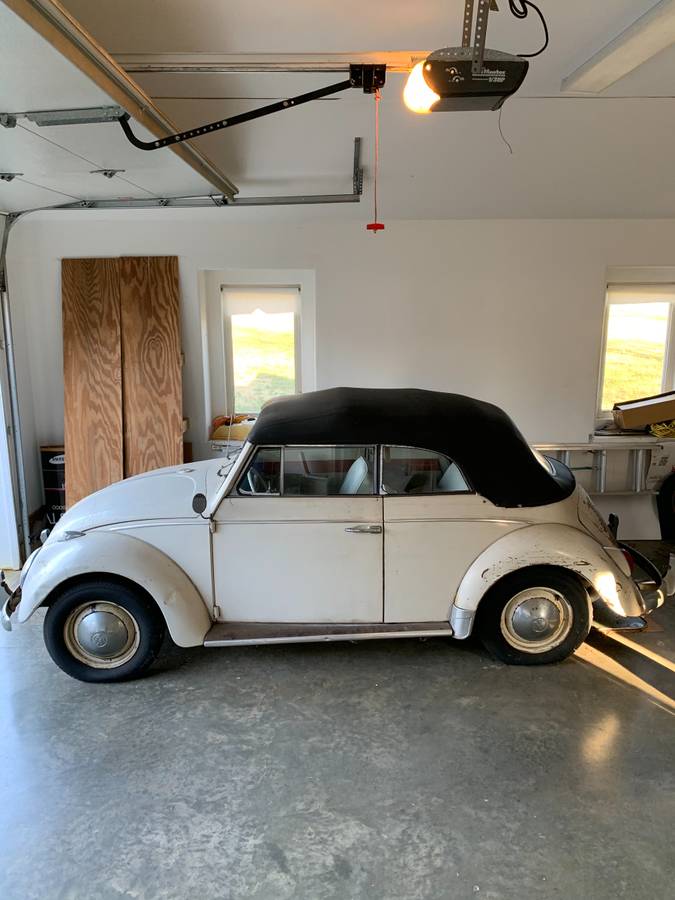 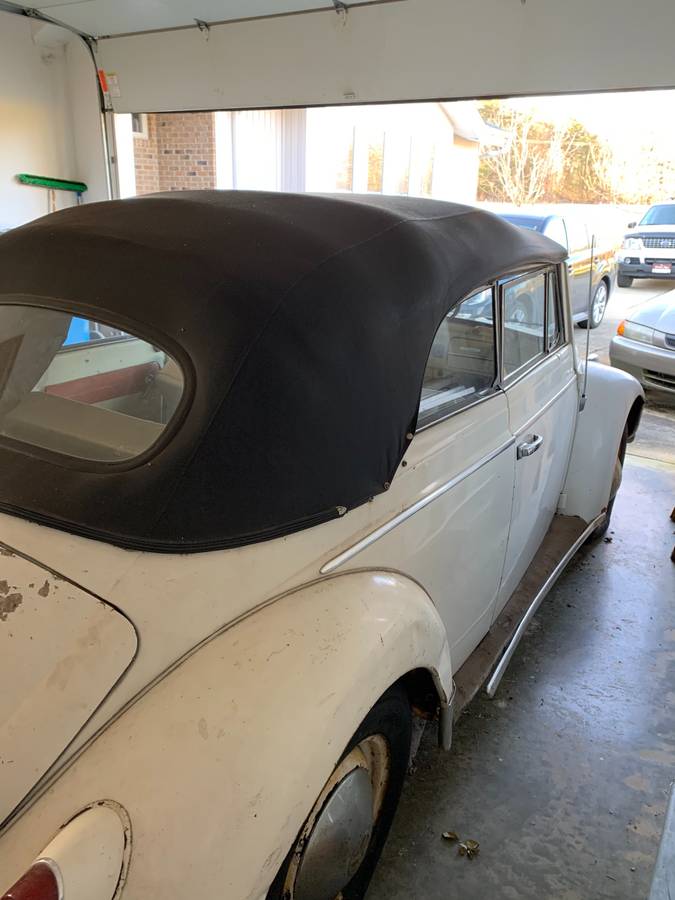 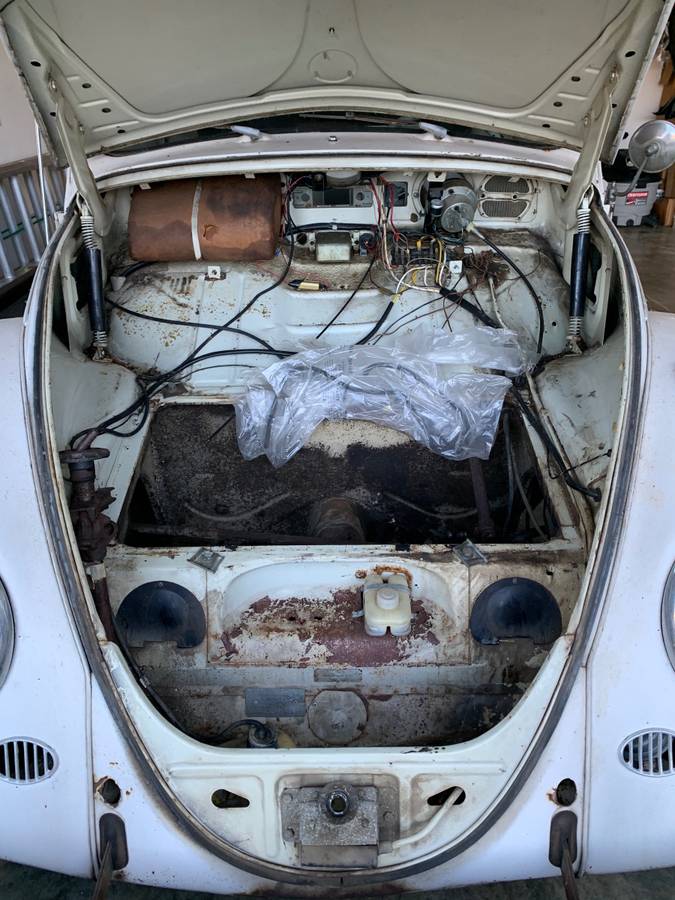 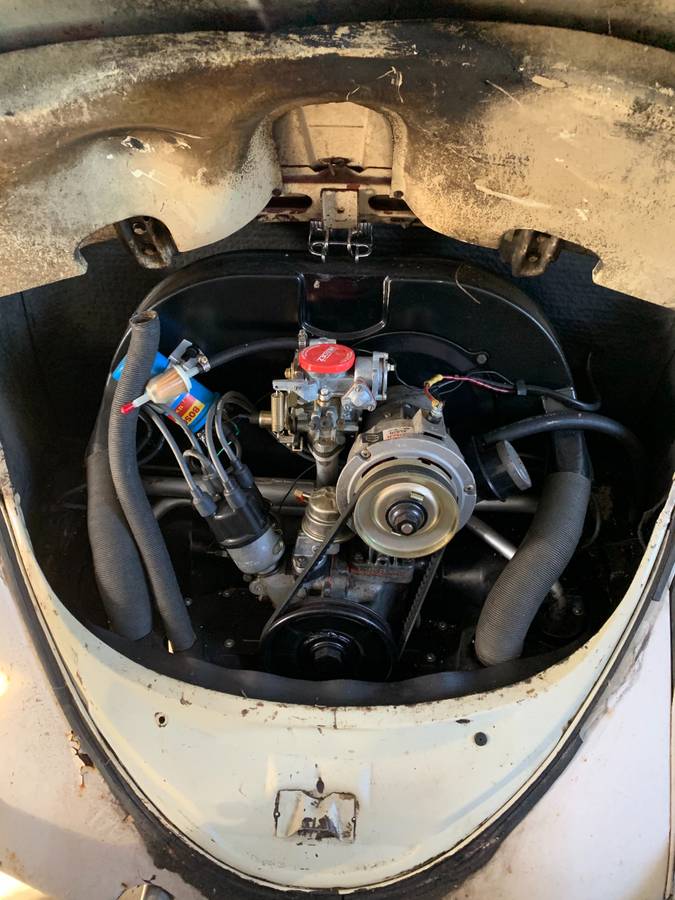 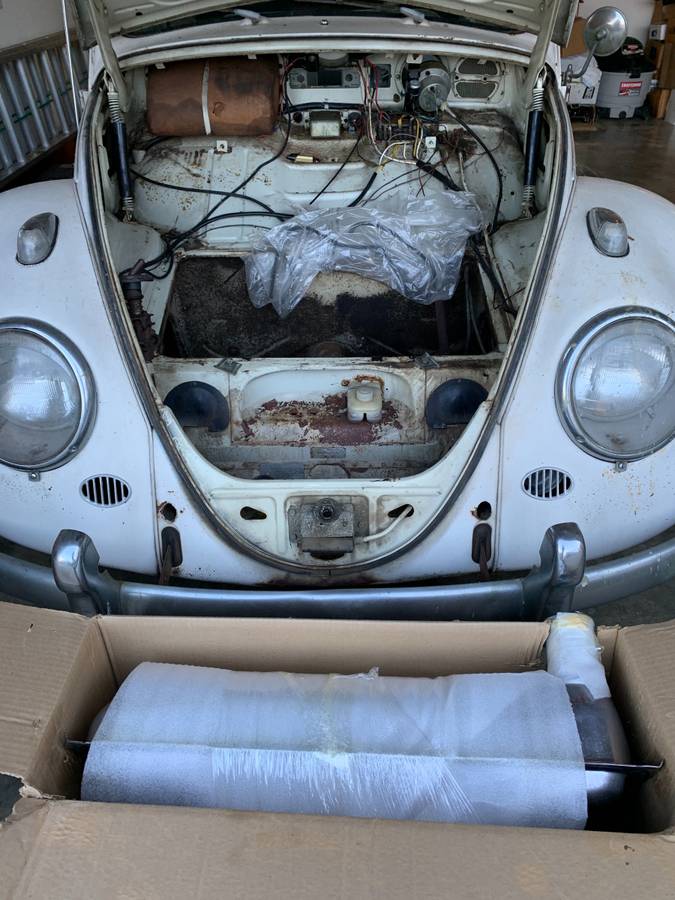 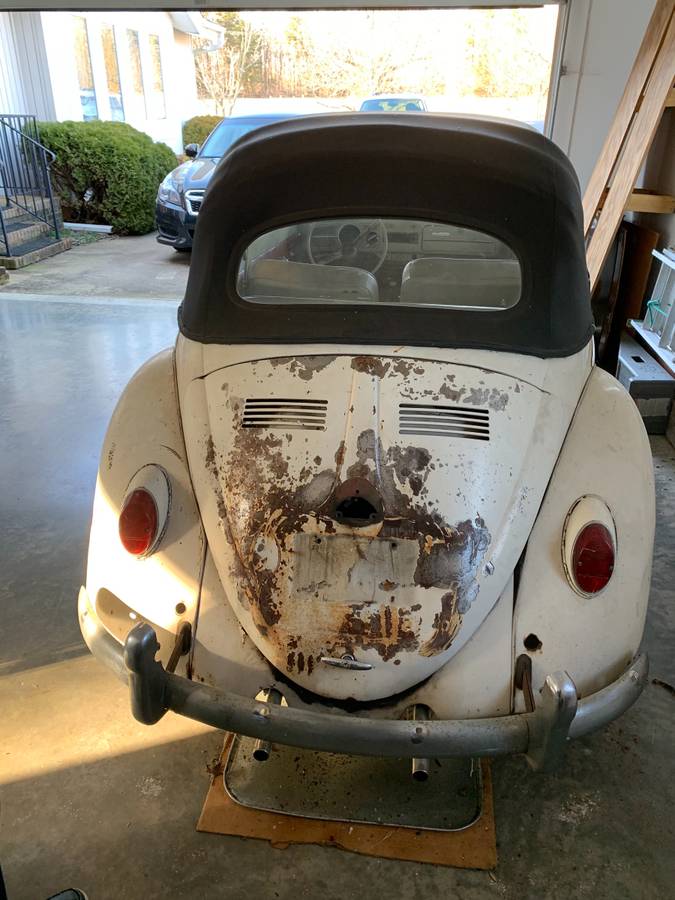 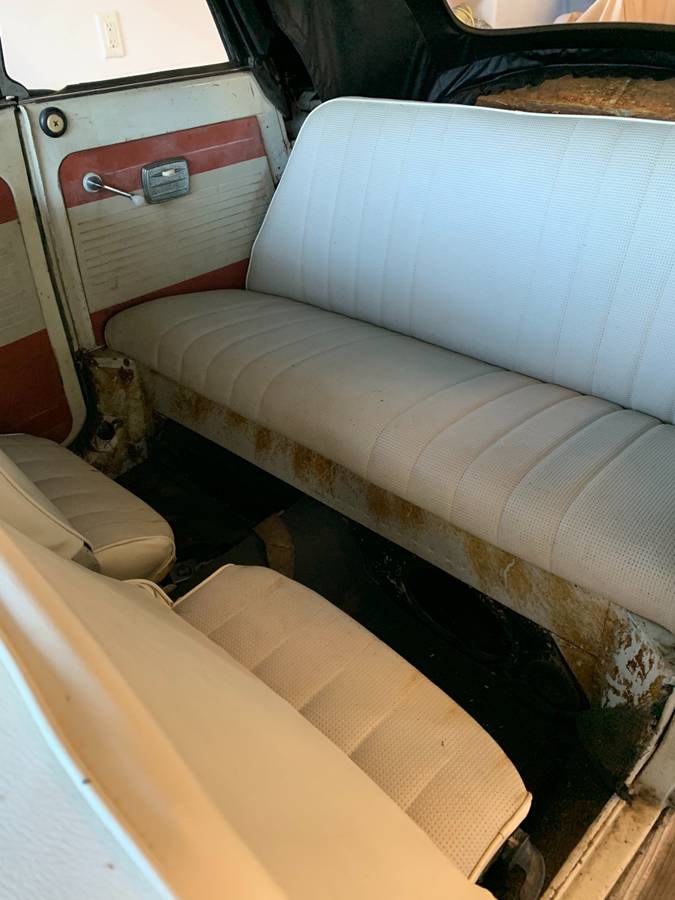 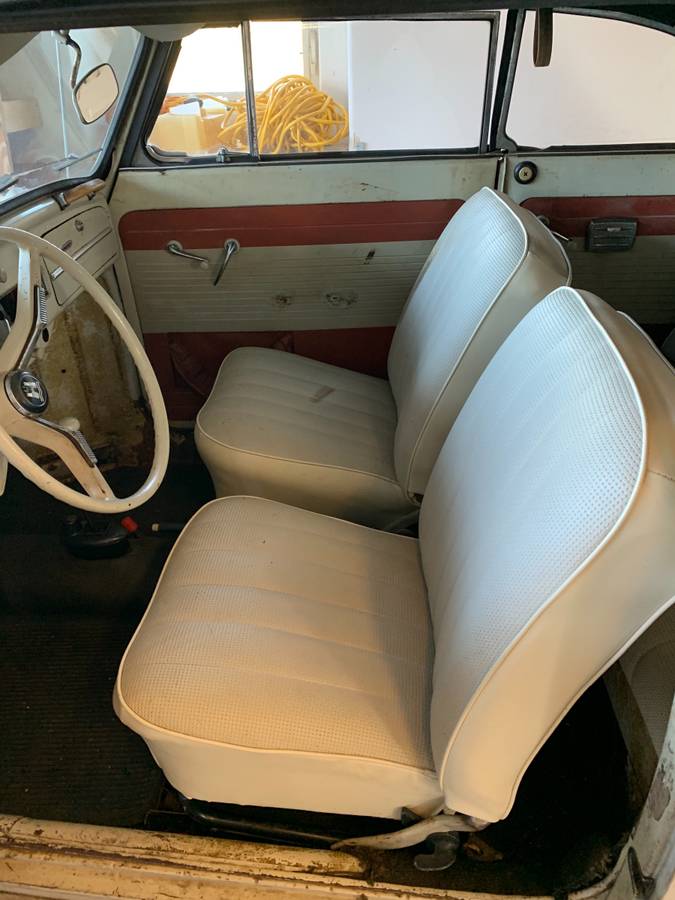 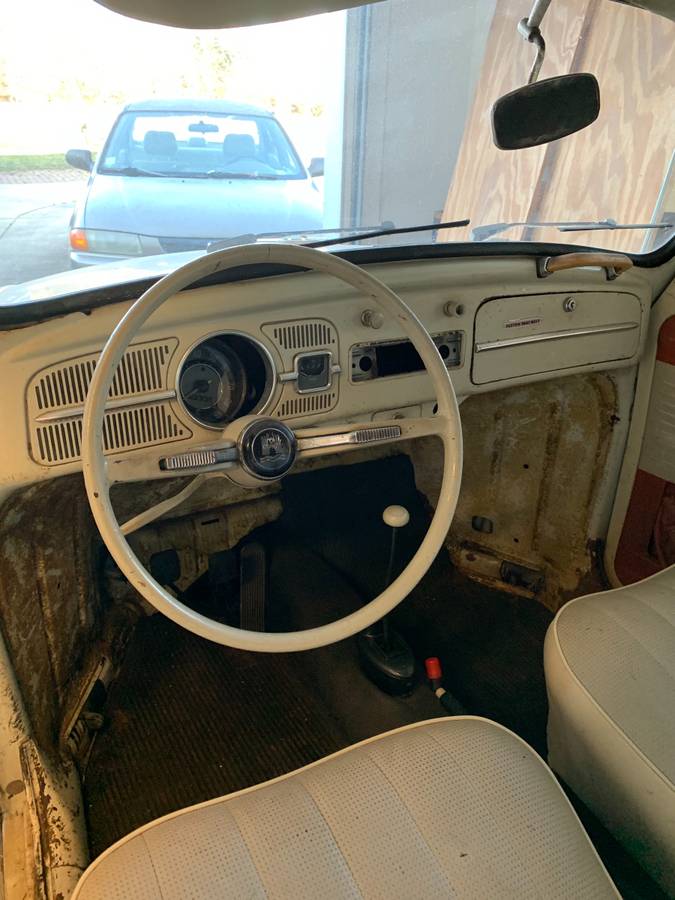 April 21, 2021 Update – We just confirmed the listing for this VW Beetle Convertible “Classifind” expired, so with no replacement found we’re assuming this ride “Sold?” While this one got away, please reach out either by email or call Rudy directly if you’d like to be informed when we come across something similar.

April 1, 2021 Update  – We just noticed the seller of this VW Beetle Cabriolet just lowered their asking price by $2,500 down to $10,500 which is getting it closer to the sub-ten thousand mark a fair condition example like this will likely achieve.

By 1964 Volkswagen’s venerable Type I Beetle was already in production for fifteen years.  Facing increasing import competition, Volkswagen significantly updated the Beetle for 1965, so the ’64 models are the final ones to feature the original’s smaller design elements all around.  Once almost as common as water, the Beetles of this vintage are extremely hard to come by, especially in what appears to be a structurally sound project car originally listed in March 2021 on Craigslist in Pleasant Garden, North Carolina (Greensboro) offered at $12,500 currently. Comparing that price against the Hagerty Insurance Online Valuation Tool confirms the private seller has their Beetle project priced between this guide’s #4 “Fair” (Daily Driver) estimate of $8,900 and its #3 “Good” appraisal of $17,500.  Similarly, the  Collector Car Market Review Online Tool confirms the seller’s ask also falls between this guide’s #4 “Fair” value of $7,900 and its #3 “Good” appraisal of $16,000.

Wilhelm Karmann, the founder of the German-Based Karmann Coachbuilders, was approached by Ferdinand Porsche in the mid-thirties to develop a convertible version of his new Beetle, however, war production priorities at the time put the concept on hold. After WWII ended and Karmann repaired their factory damaged from heavy Allied bombings, Wilhelm bought a ’48 Beetle sedan and converted it into a four-seat convertible. After successfully presenting it to Volkswagen management, Karmann began Beetle Cabriolet production in 1949 in Osnabrück.

The convertible was more than a Beetle with a folding top. To compensate for the strength lost in removing the roof, the sills were reinforced with welded U-channel rails, a transverse beam was fitted below the front edge of the rear seat cushion, and the side cowl-panels below the instrument panel were double-wall. In addition, the lower corners of the door apertures had welded-in curved gussets, and the doors had secondary alignment wedges at the B-pillar.

The top was cabriolet-style (i.e. stacked above the car’s body when folded) with a full inner headliner hiding the folding mechanism and crossbars. In between the two top layers was 1 in (25 mm) of insulation. The rear window was tempered safety glass, and after 1968, heated. Due to the thickness of the top, it remained quite tall when folded. To enable the driver to see over the lowered top, the inside rearview was mounted on an offset pivot. By twisting the mirror 180 degrees on a longitudinal axis, the mirror glass would raise approximately two inches.

The convertible was generally more lavishly equipped than the sedan with dual rear ashtrays, twin map pockets, a visor vanity mirror on the passenger side, rear stone shields, and through 1969, wheel trim rings. Many of these items did not become available on other Beetles until the advent of the optional “L” (Luxus) Package of 1970.

Volkswagen’s 1960s U.S. advertising campaign was a great hit in both print and on T.V.  This one called “Snow Plow Driver” remains one of our favorites as Beetles are excellent in the snow, even though its occupants usually froze if the car was not equipped with the optional gas-fired heater:

This Beetle is the perfect project at the right stage to take on one of two paths.  While the freshly rebuilt engine and conversion to 12 volts power signal the current caretaker planned to make it a driver, the next owner could take it to the next level and make a nice street machine out of it. Mid-sixties Type 1’s are the last generation to combine a number of the earlier car’s design features with several mechanical improvements, so this vintage is highly desired.  Whichever path you choose, chances are good you will at least break even on the initial purchase.

“1964 Volkswagon Beetle convertible garaged. New top, rebuilt engine with less than 100 miles, new gas tank( not installed) Converted from 6 to 12-volt system. Other parts available were purchased to rebuild this jewel. Other items available that can be purchased. Will give list if requested.“

Restore or Restomod: what would you do with this Beetle Cab?  Comment below and let us know! 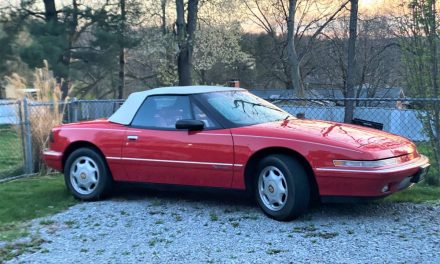 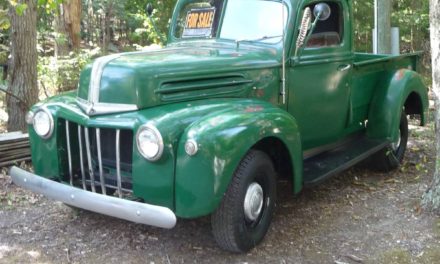 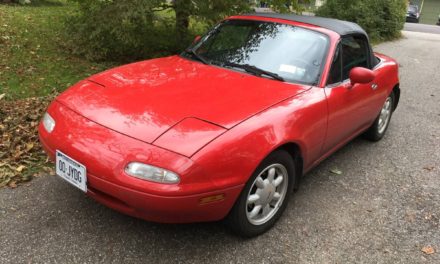 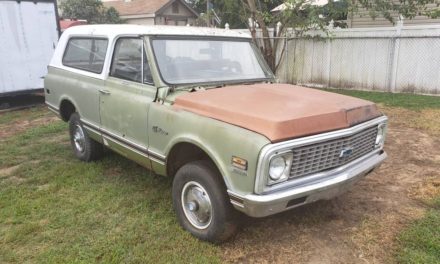