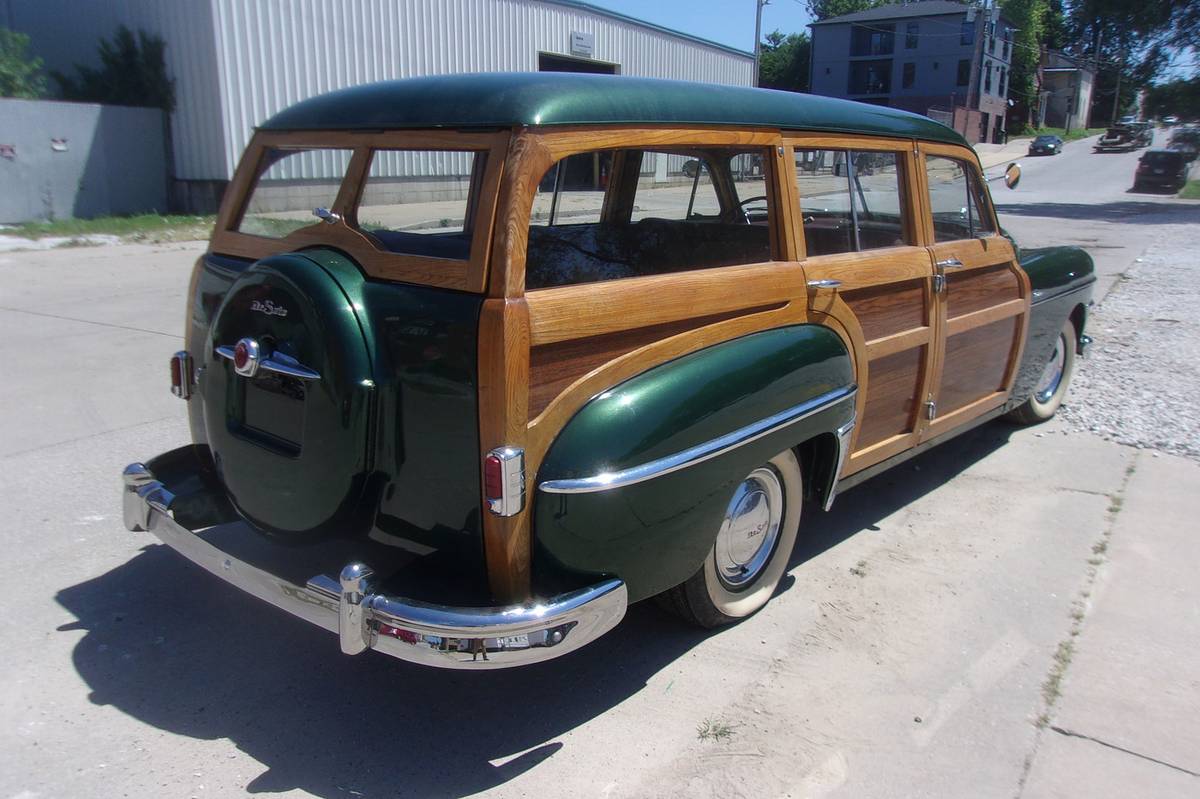 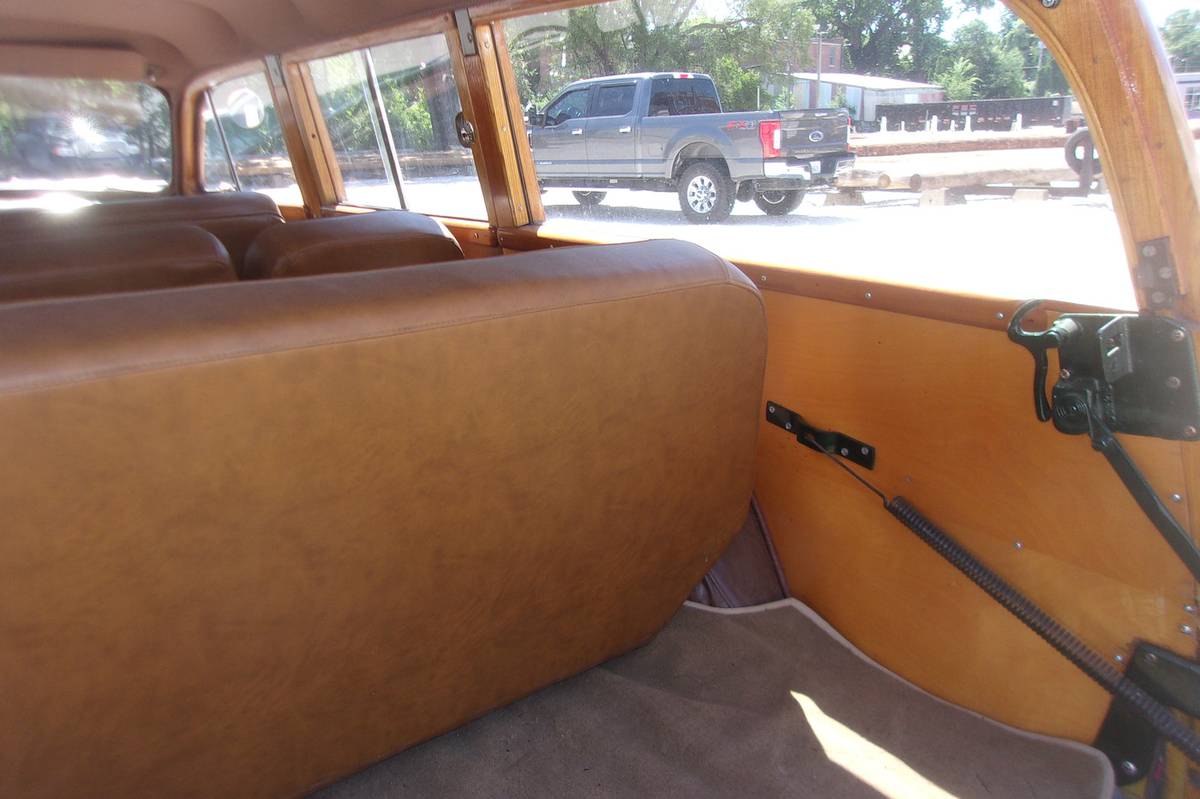 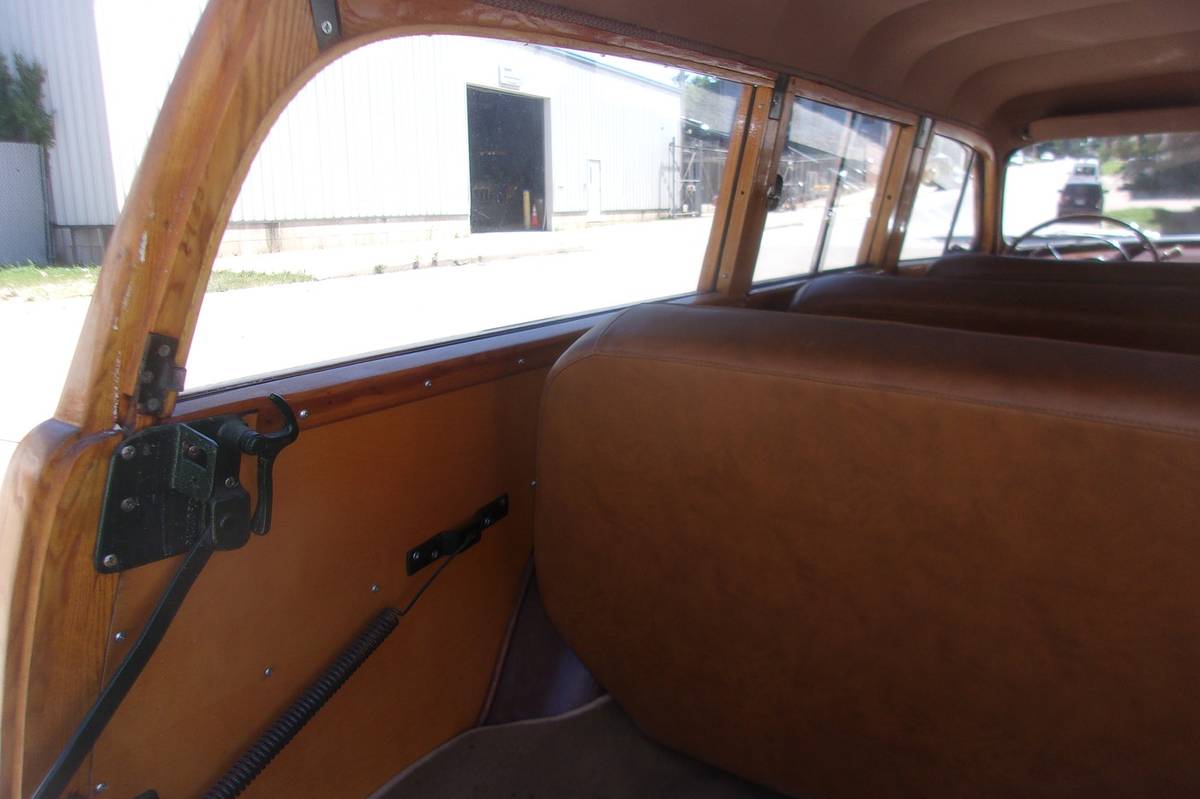 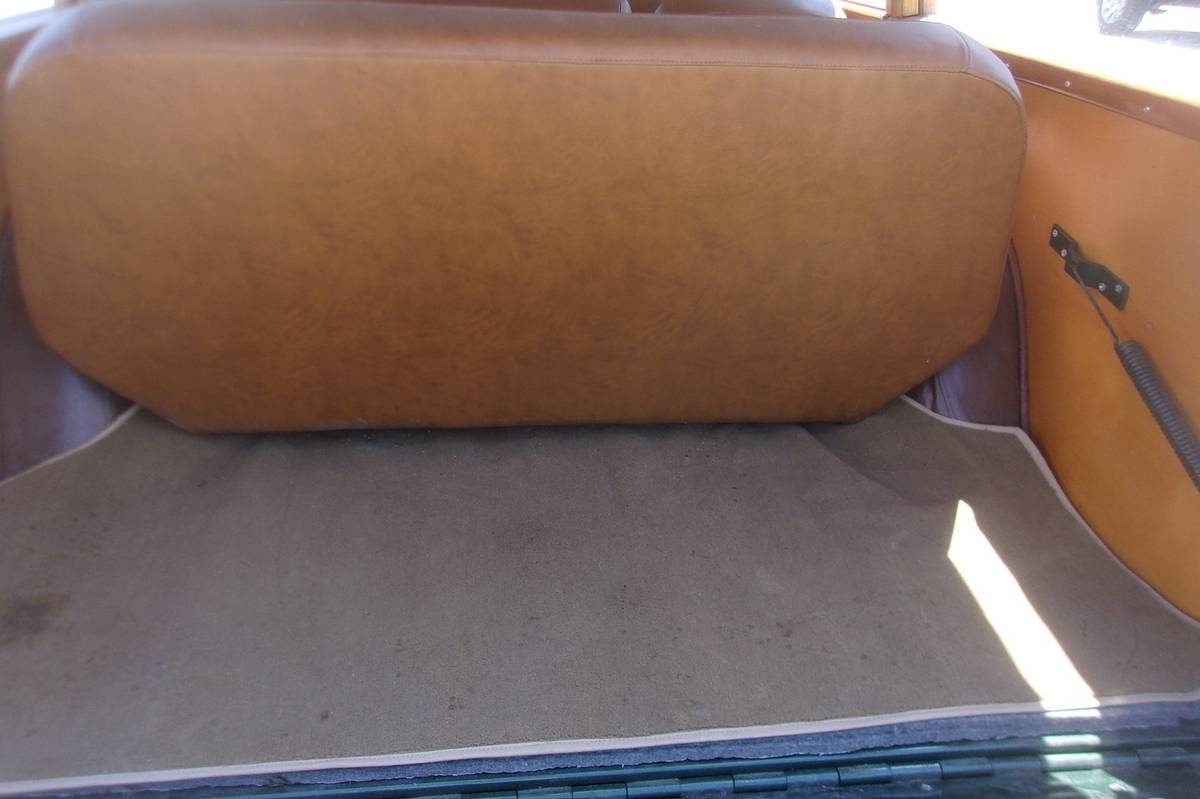 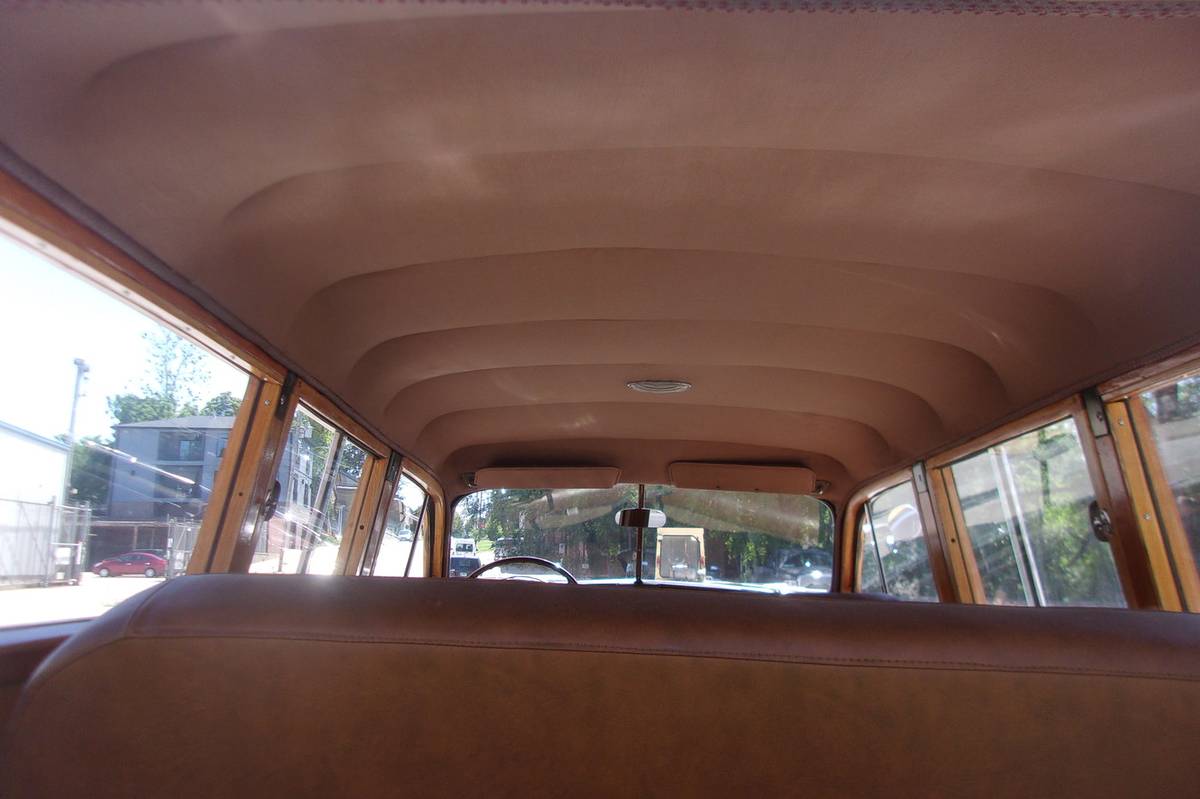 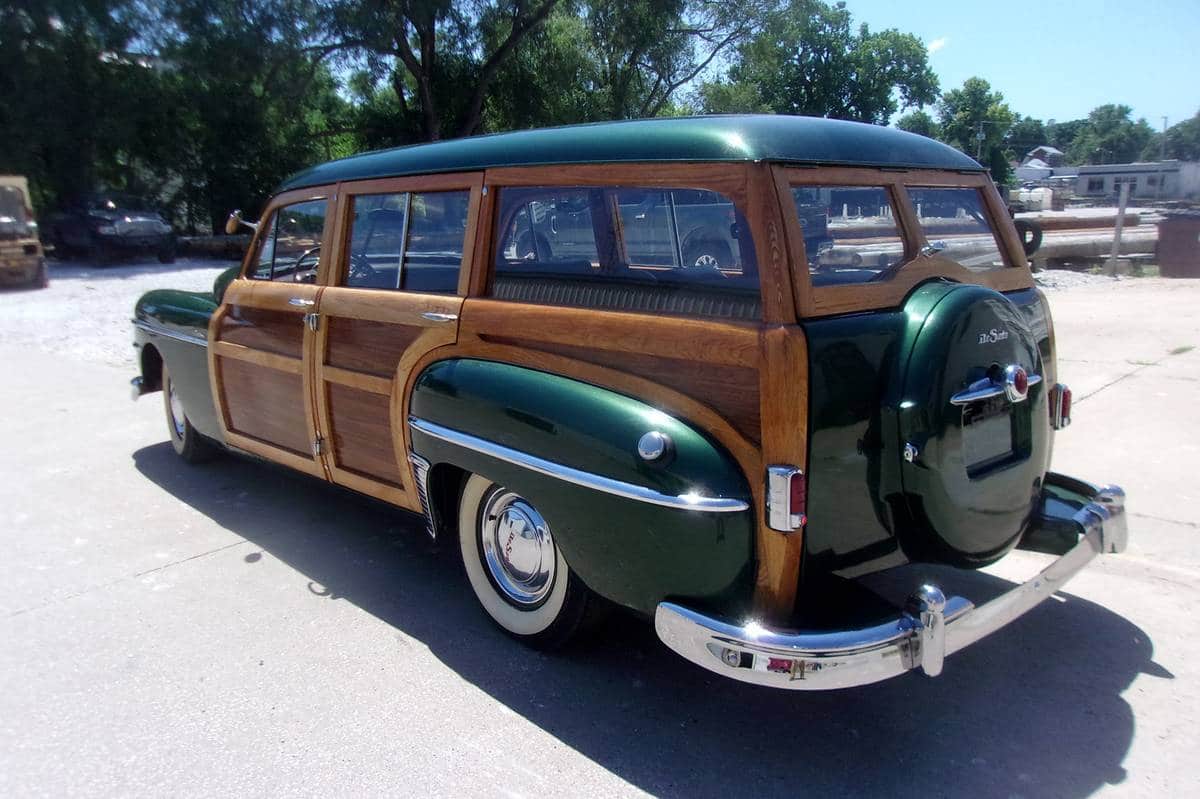 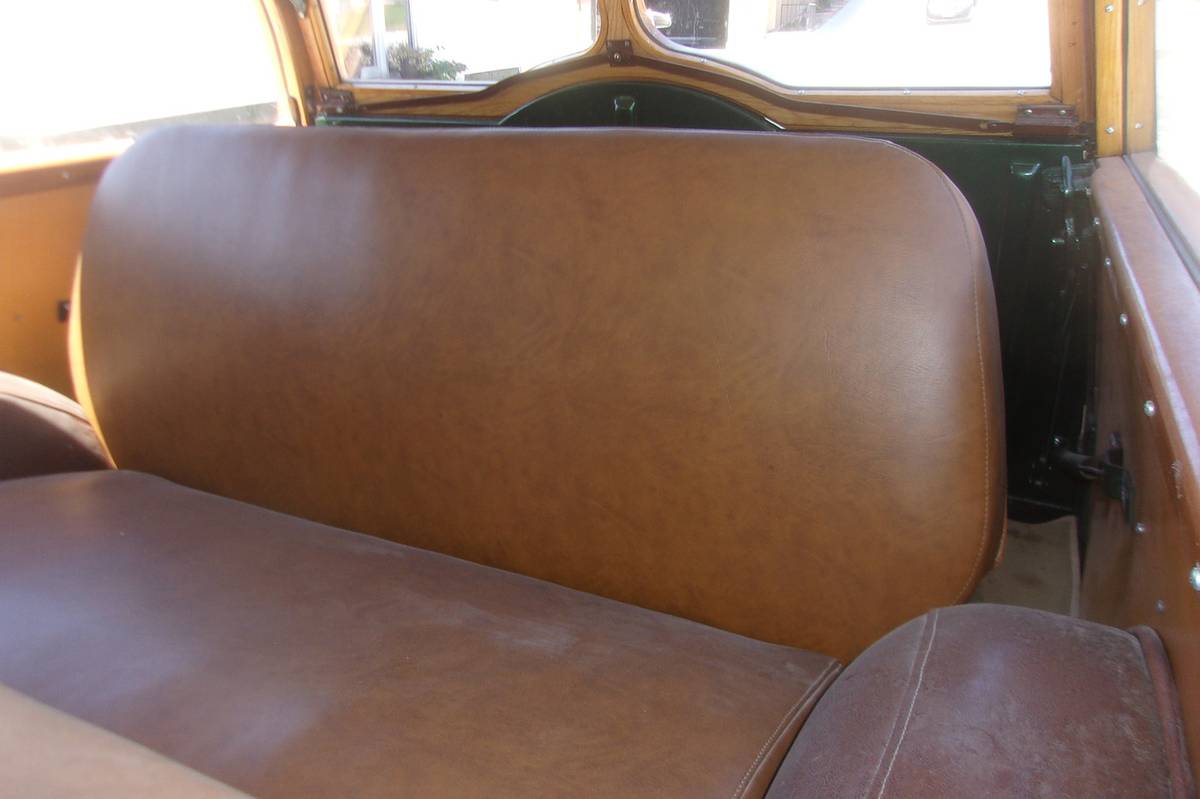 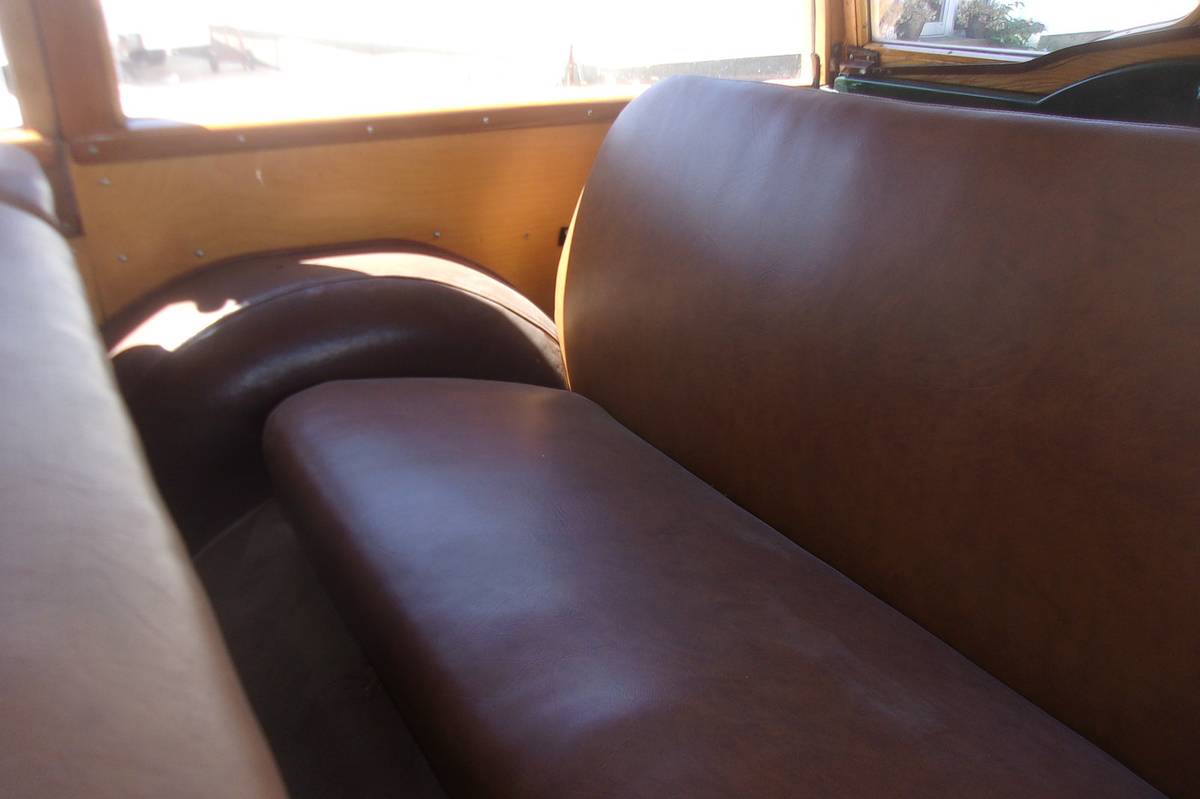 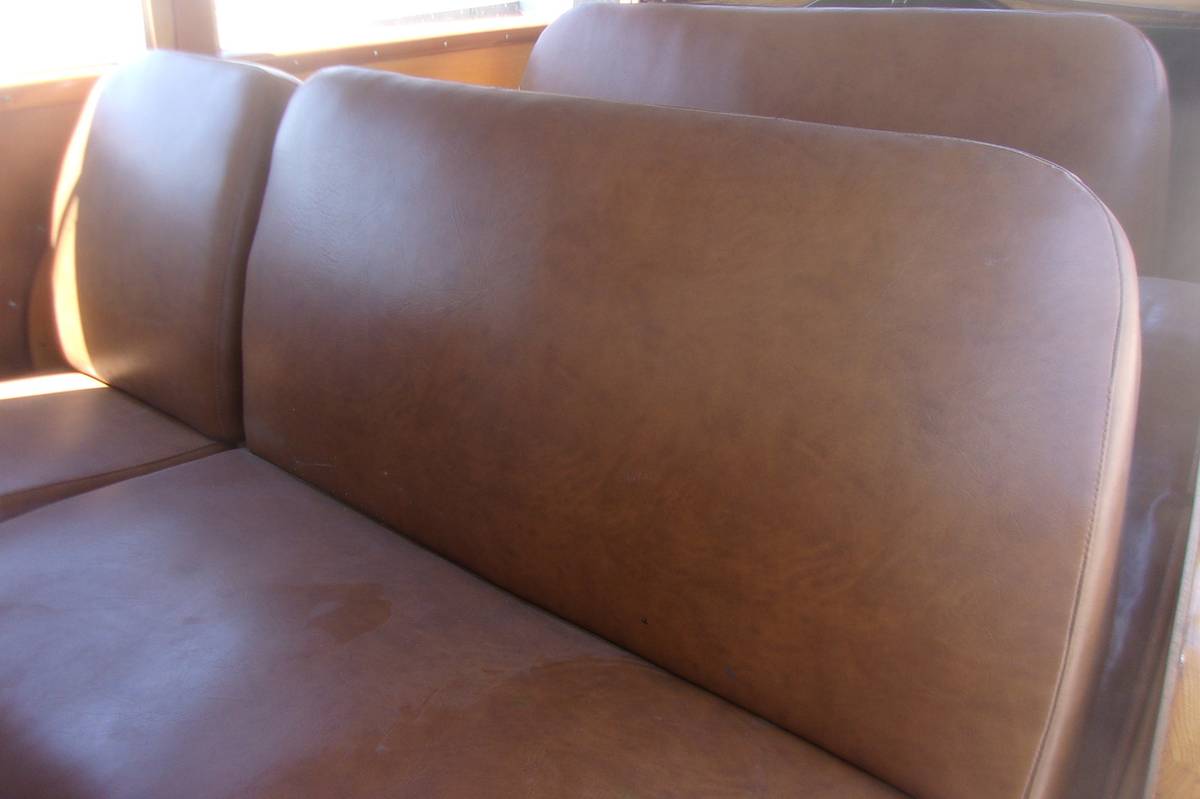 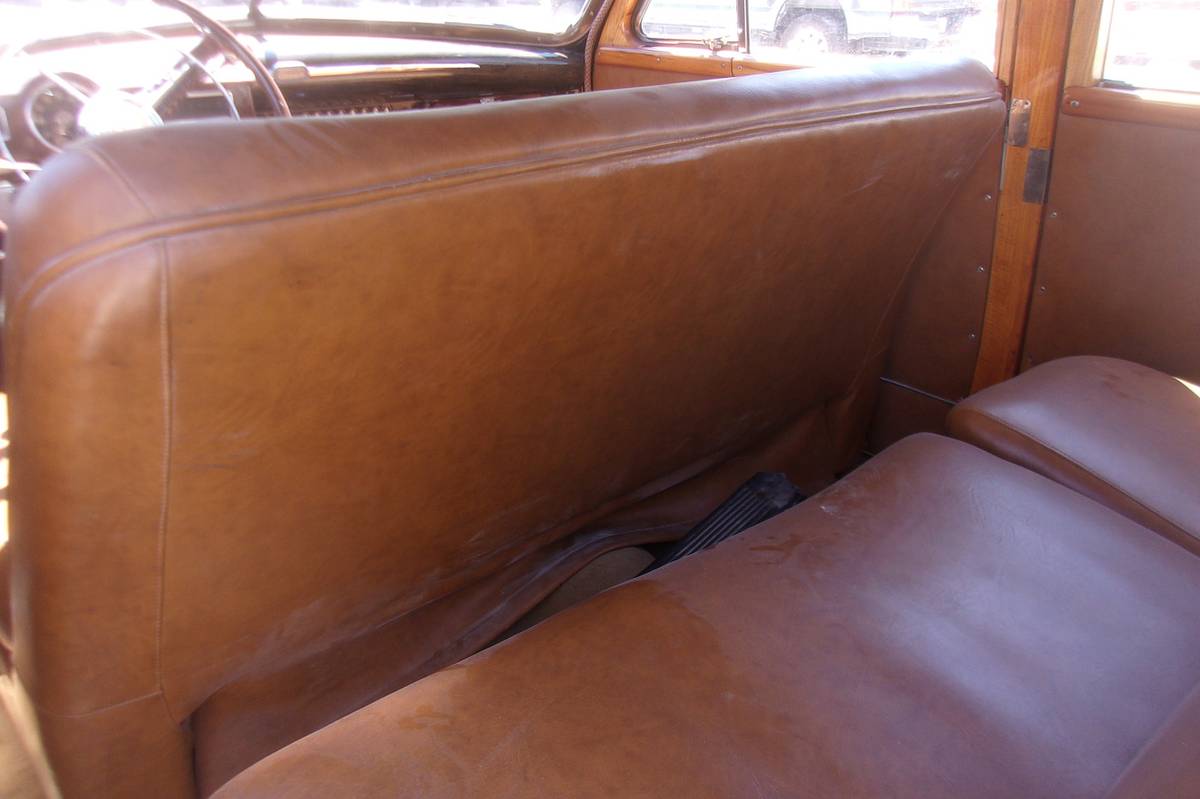 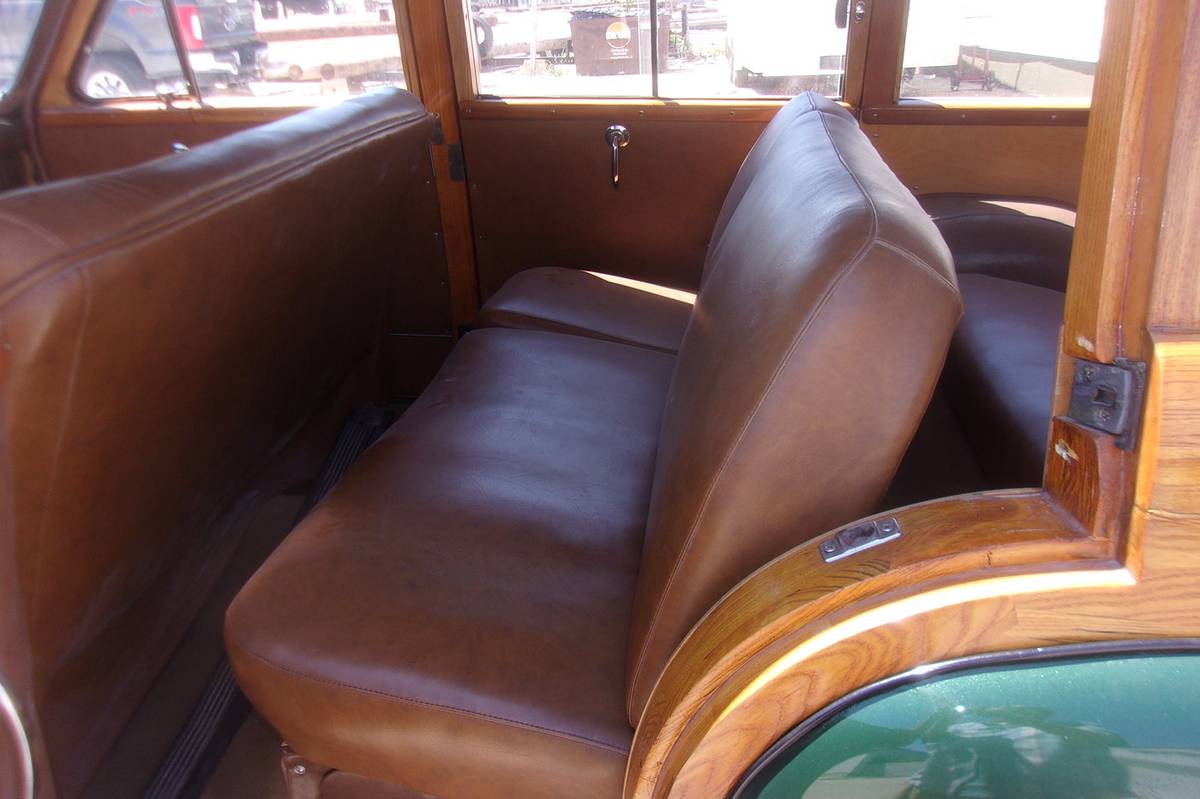 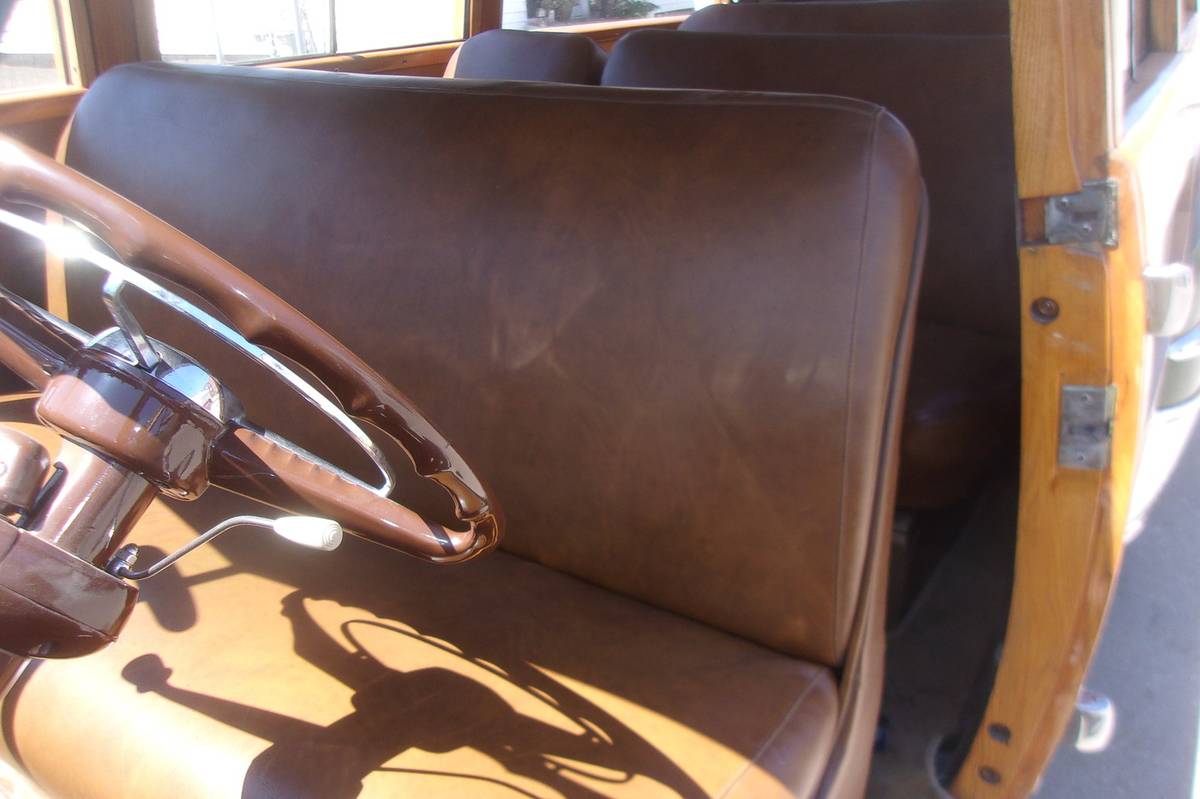 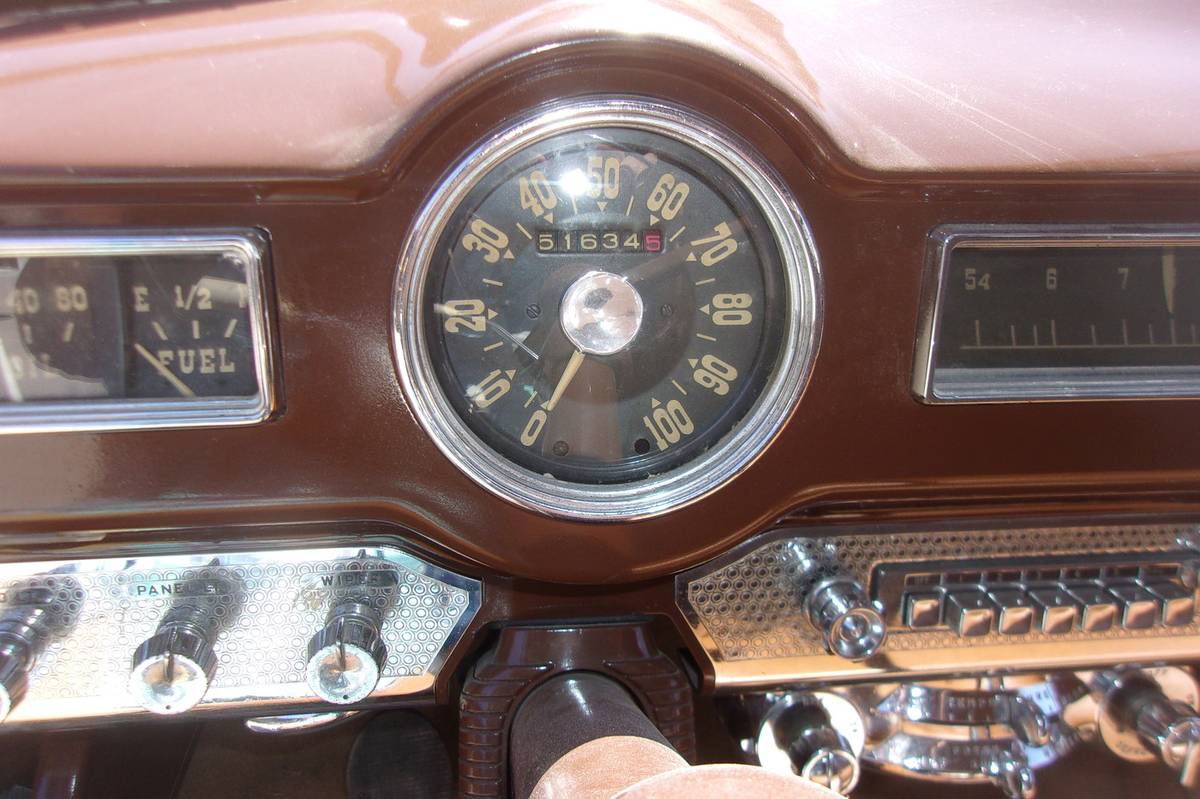 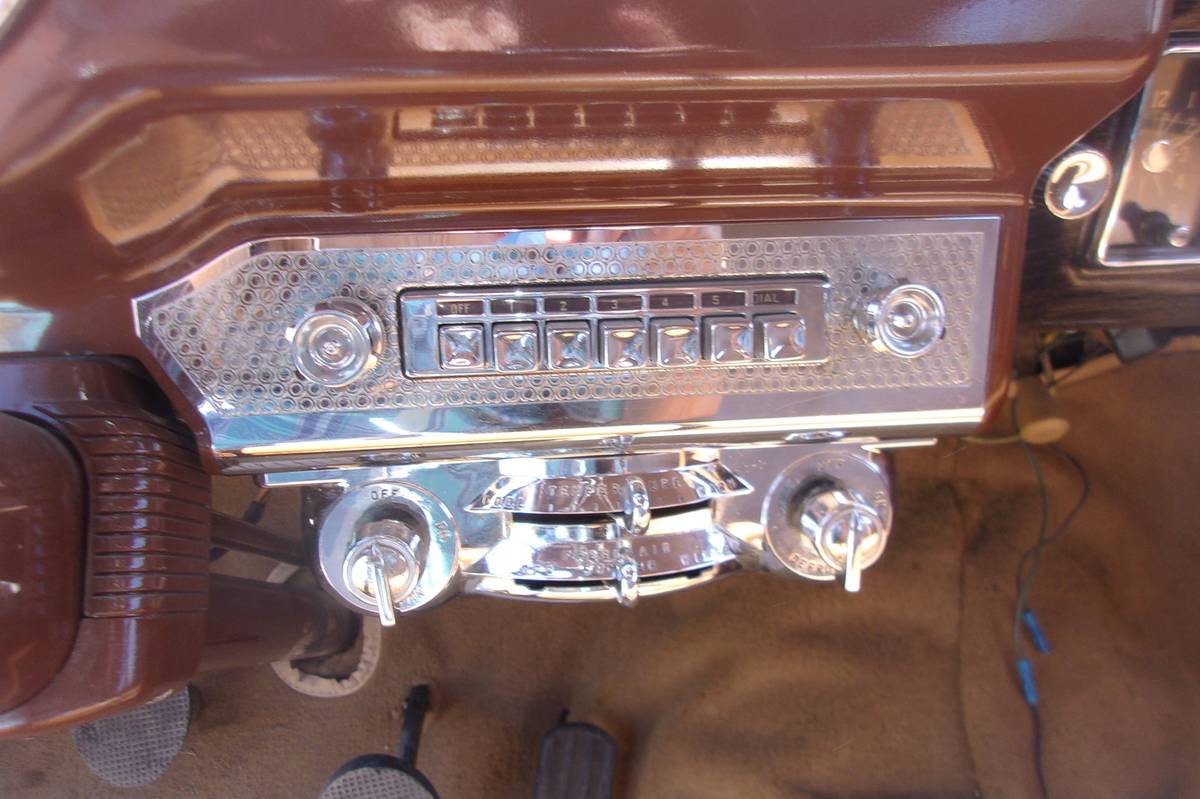 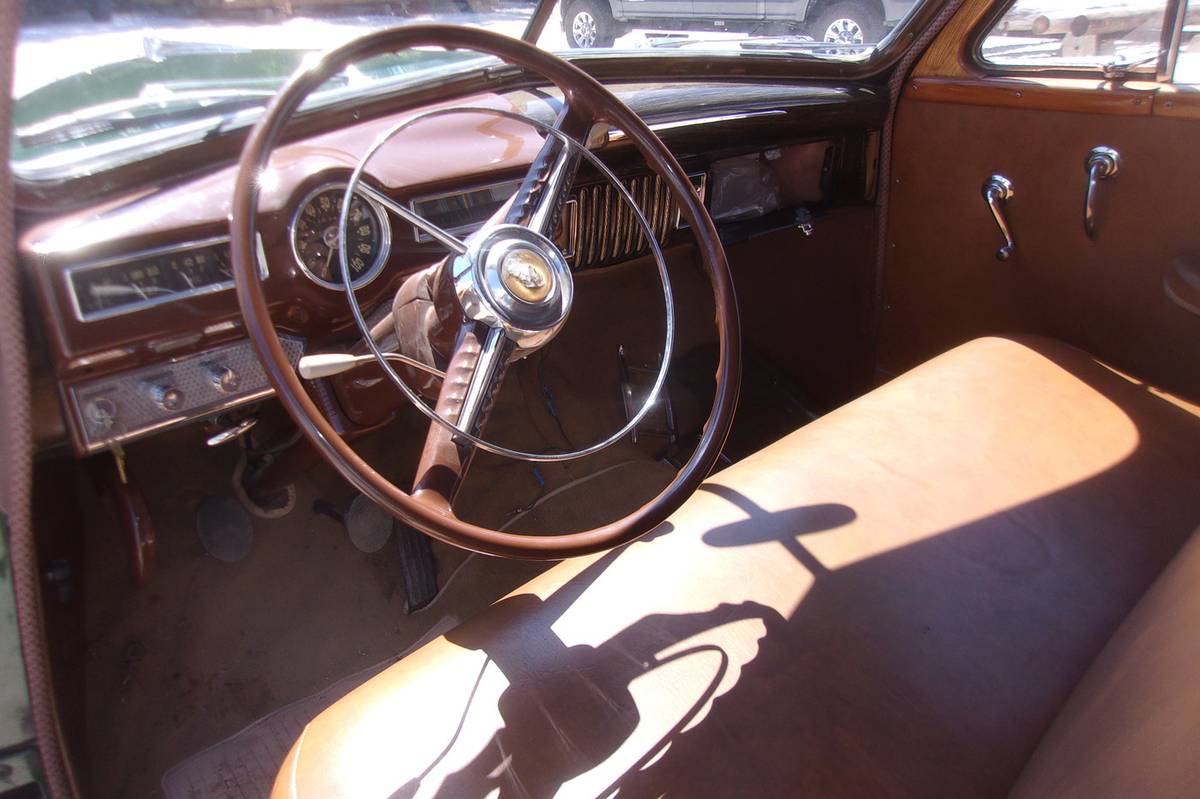 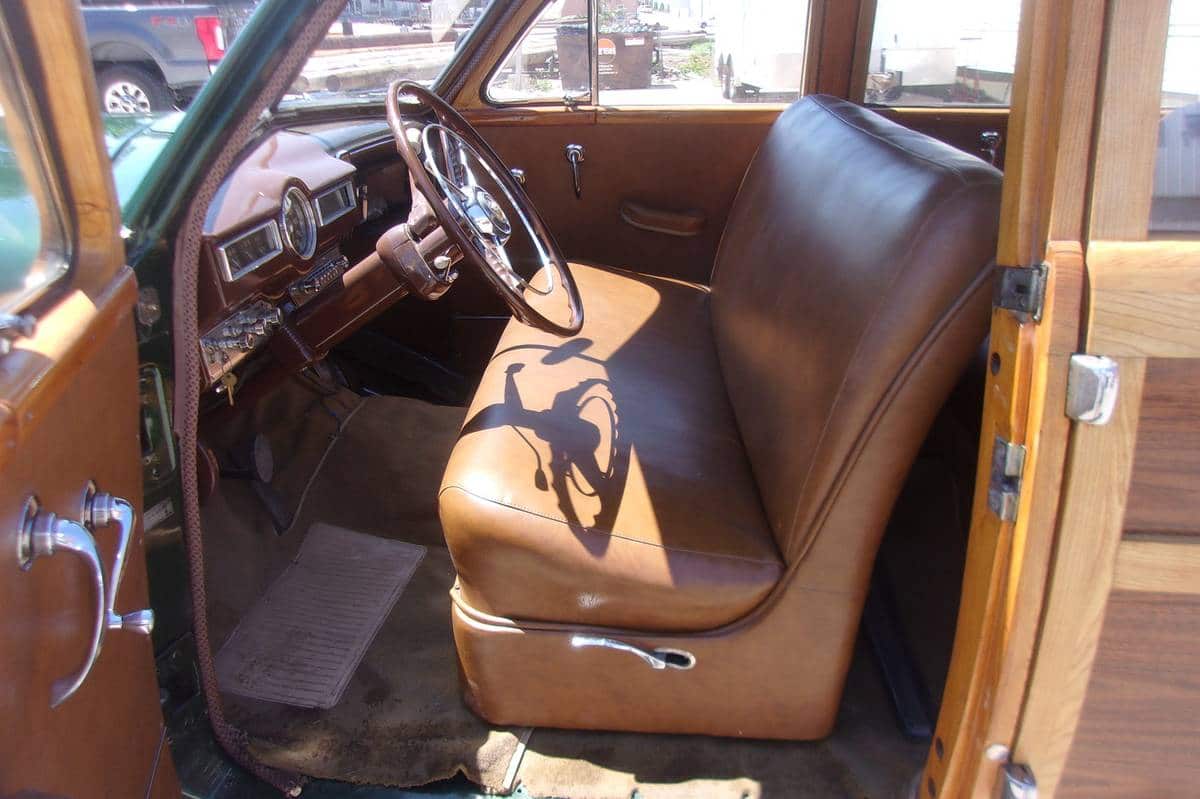 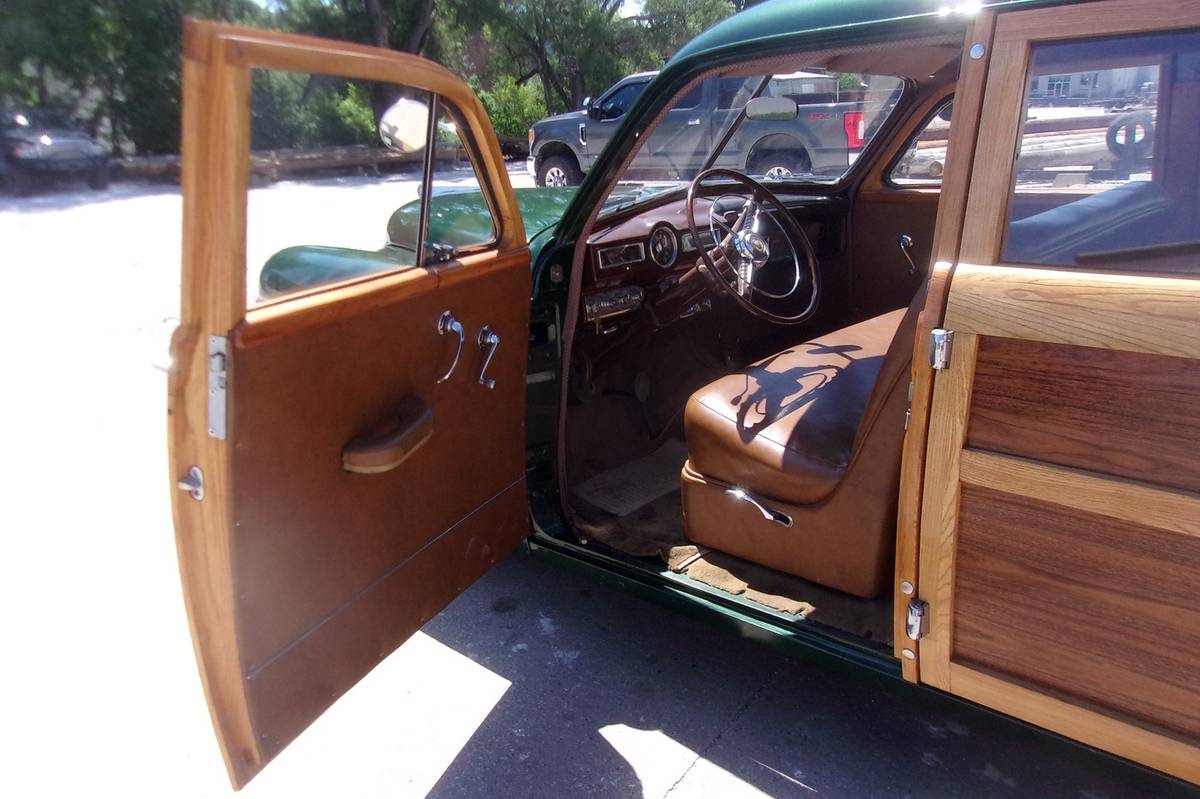 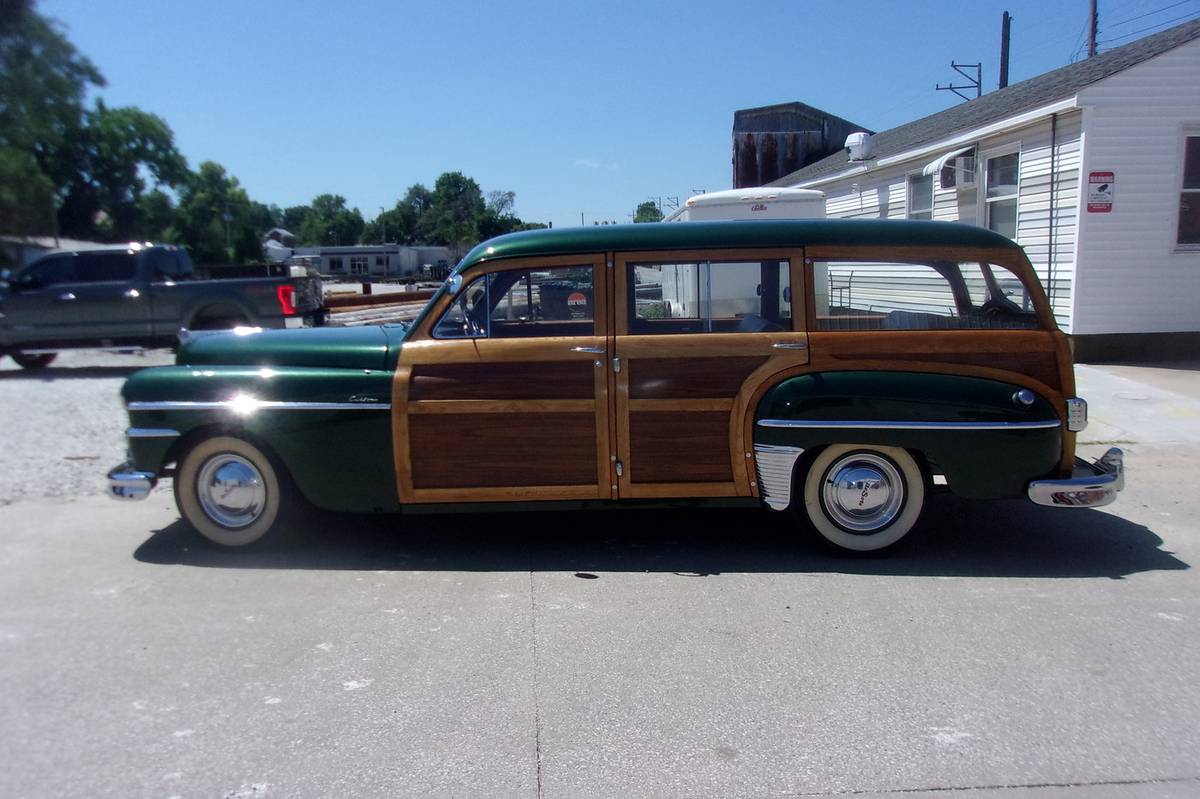 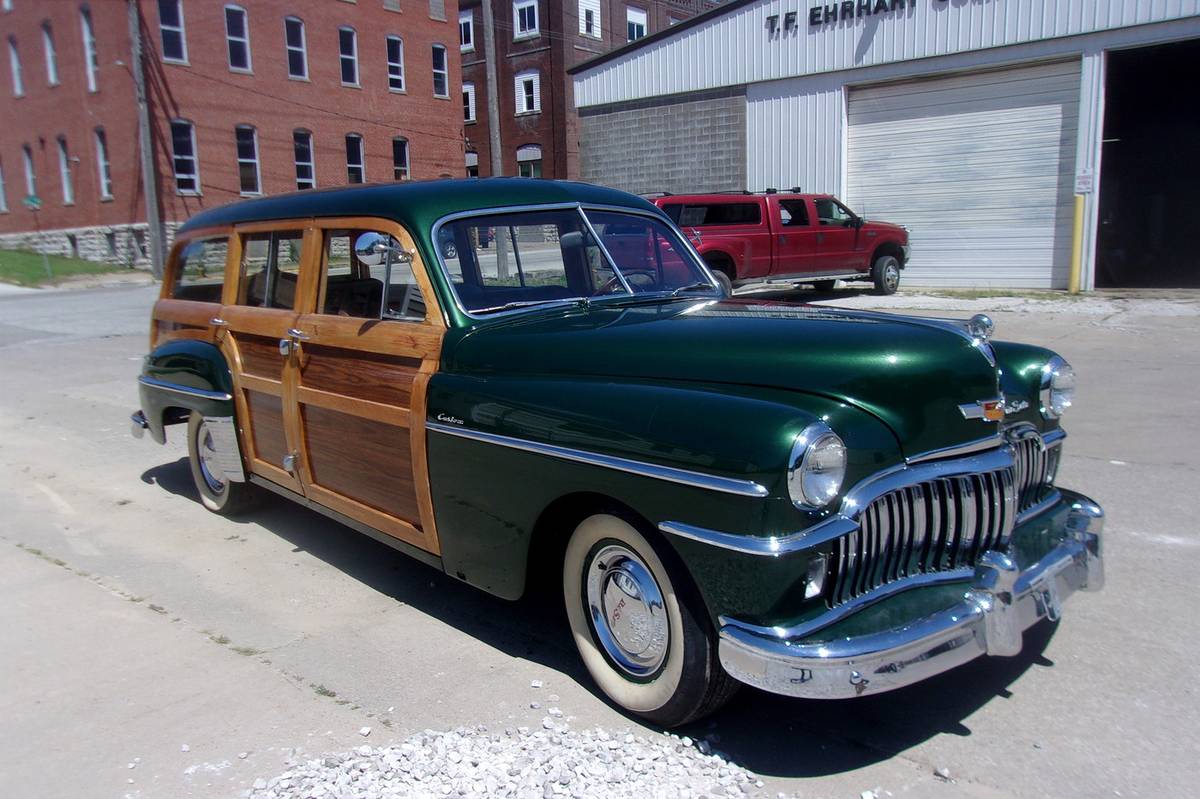 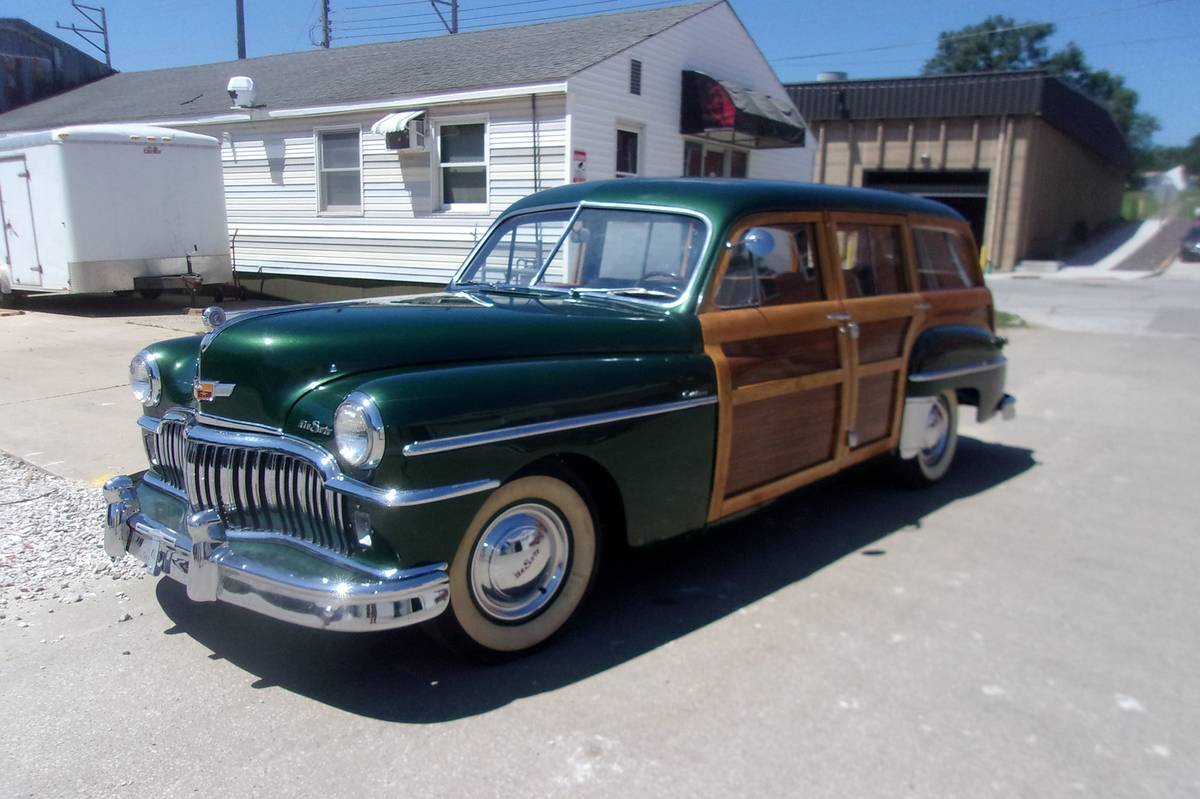 May 11, 2021 Update – We just confirmed the listing for this “Classifind” expired, so with no replacement found we’re assuming this ride “Sold?” While this one got away, please reach out either by email or call Rudy directly if you’d like to be informed when we come across something similar.

As is true in most endeavors, timing is everything. That is the case in the value of collector cars as well. While station wagons overall are enjoying growing popularity and price appreciation, this high tide is not lifting classic Woody Wagons. If anything, they are sinking in value.   For example, if this 1949 DeSoto Deluxe Nine Passenger Station Wagon originally listed in April 2021 on Craigslist in Quincy, Illinois (Chicago) for $85,000 received its fresh restoration ten years ago, we would have agreed with the asking price back then. Unfortunately, over the past several years we’ve witnessed the value of restored “Woody” station wagons plummet as their enthusiast car takers age out of the hobby.  Our go-to pricing guides back up our assertion.  First, comparing seller’s ask against the Hagerty Insurance Online Valuation Tool confirms the private seller has their DeSoto priced $12,000 higher than this guide’s #1 “Concours” appraisal of $74,000.  Even worse, the  Collector Car Market Review Online Tool reveals the current asking price is nearly thirty-three thousand dollars more than this guide’s #1 “Excellent” appraisal of only $52,400. Unfortunately, being that far off the mark leaves us no choice but to give the seller our latest “NEW!” (short for “No Effin Way!”) Award for an asking price that is not aligned with the current market.

A very bland period in DeSoto’s history was the Standard and Deluxe models produced immediately after World War II. A fully redesigned DeSoto was launched in the second half of 1949, and these cars are referred to as “1949 Second Series” models.  The upscale Custom differed from Deluxe differed from the entry-level Custom line by featuring more trim, more standard features, and fancier interiors with more color choices. A six-tube and an eight-tube radio were optional.  The Deluxe shared its engine with the Custom and was powered by Chrysler’s L-head 237 cu in inline six-cylinder engine, delivering 109 brake horsepower at 3600 rpm. The DeSoto had full instrumentation and was one of the first cars to feature an automatic transmission, then labeled as “Fluid Drive. While automakers restarted woody wagon production immediately after World War II to meet pent-up demand, this expensive-to-manufacture body style would soon be replaced in the early 1950s by all-steel versions.

Don’t get us wrong, this is clearly a beautifully restored example of a very rare car in great colors, and based on the condition of the wood, we’re sure much of the restoration costs went into that part of the process. Unfortunately, based on the current market for Woody Wagons combined with the fact that DeSotos from this period are otherwise all but forgotten, we’re afraid the current caretaker is in for a rude awakening when they start receiving hard offers.

“Fantastic restoration with less than 10 miles since being restored. DeSoto only produced the woodie wagon in 1949 and 1950 with less than 750 units made. 1949 was the only year with the rear spare. Runs and drives great. Super straight and rock-solid body with the original panels. Excellent wood and interior. It is equipped with the original 6 cylinder engine, 3sp fluid drive trans, radio, clock, wheel covers, and wide whitewall tires.”

Fair price or NEW! Award Winner: Do you agree with our price assessment on this DeSoto Woody?  Comment below and let us know!