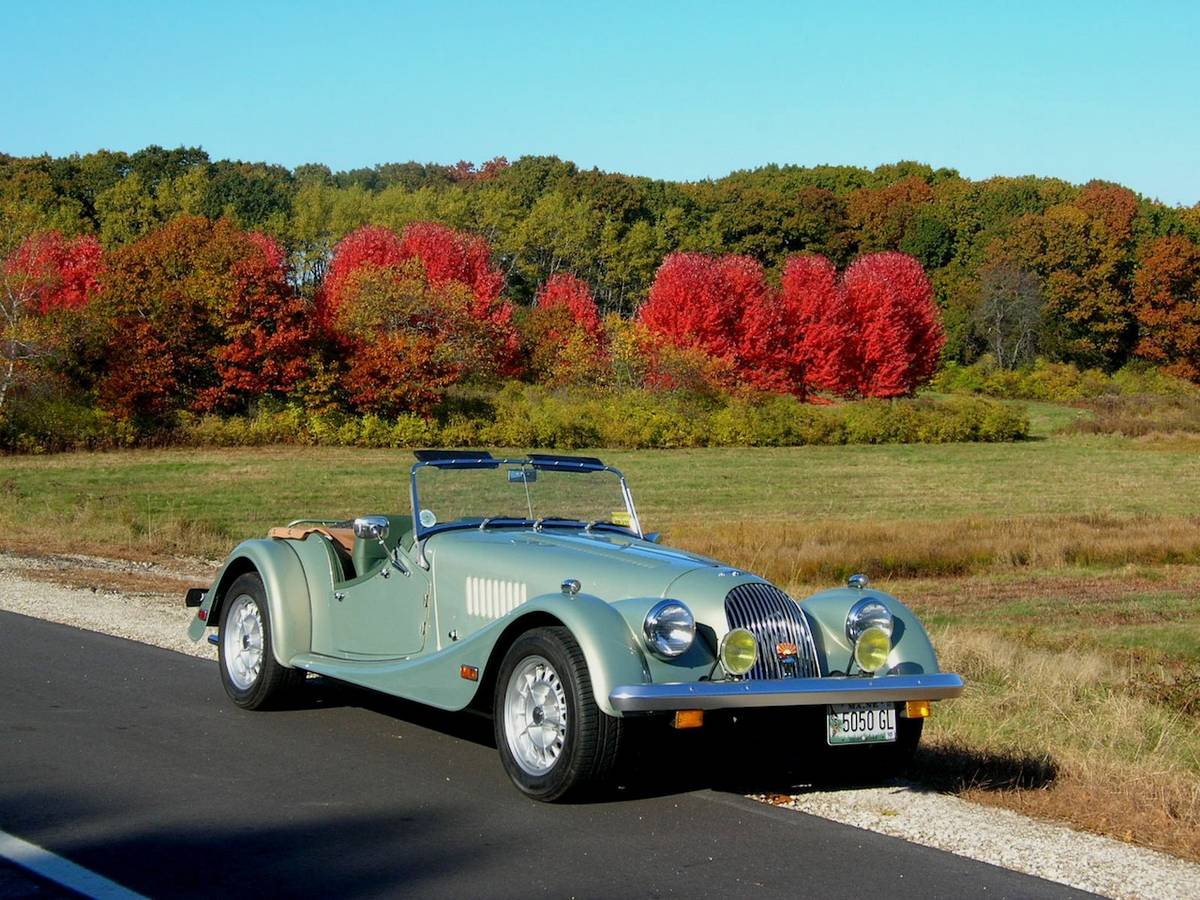 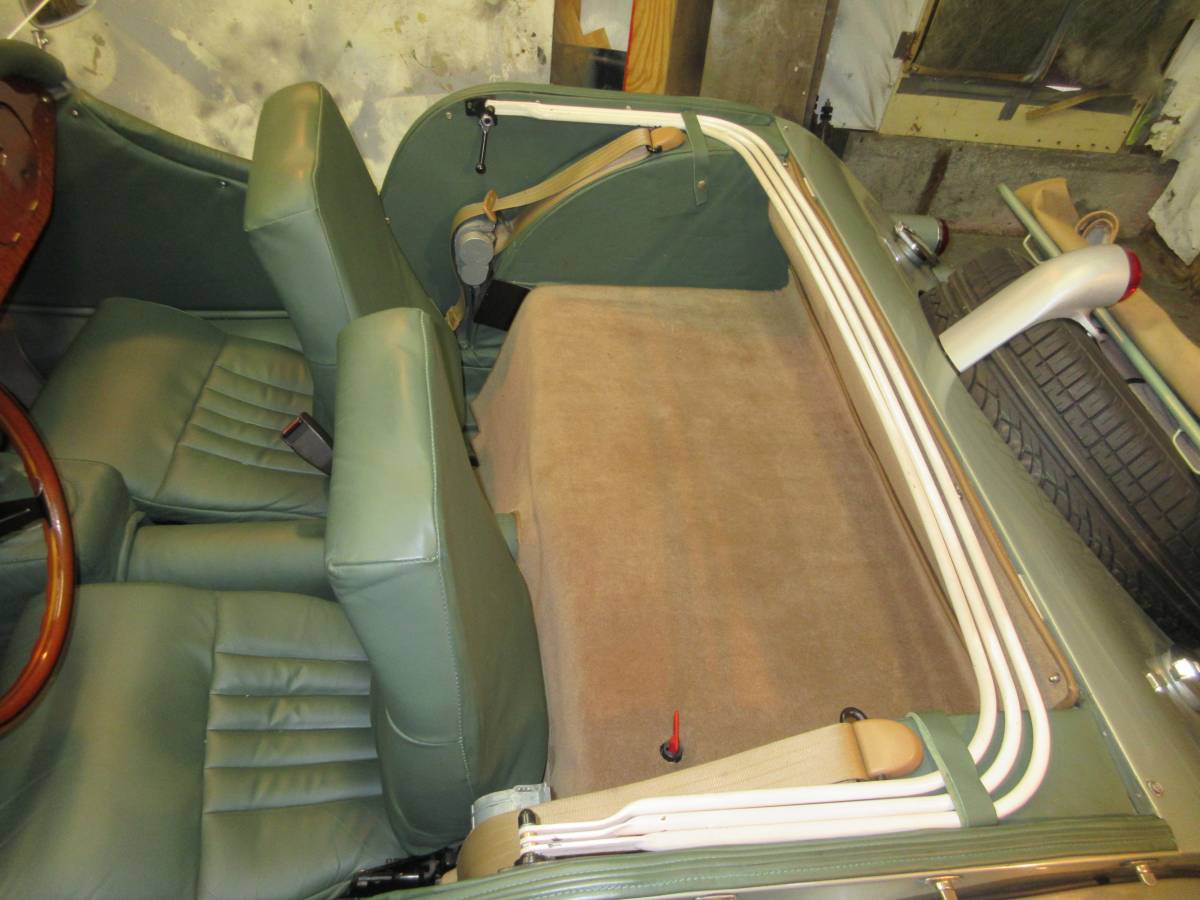 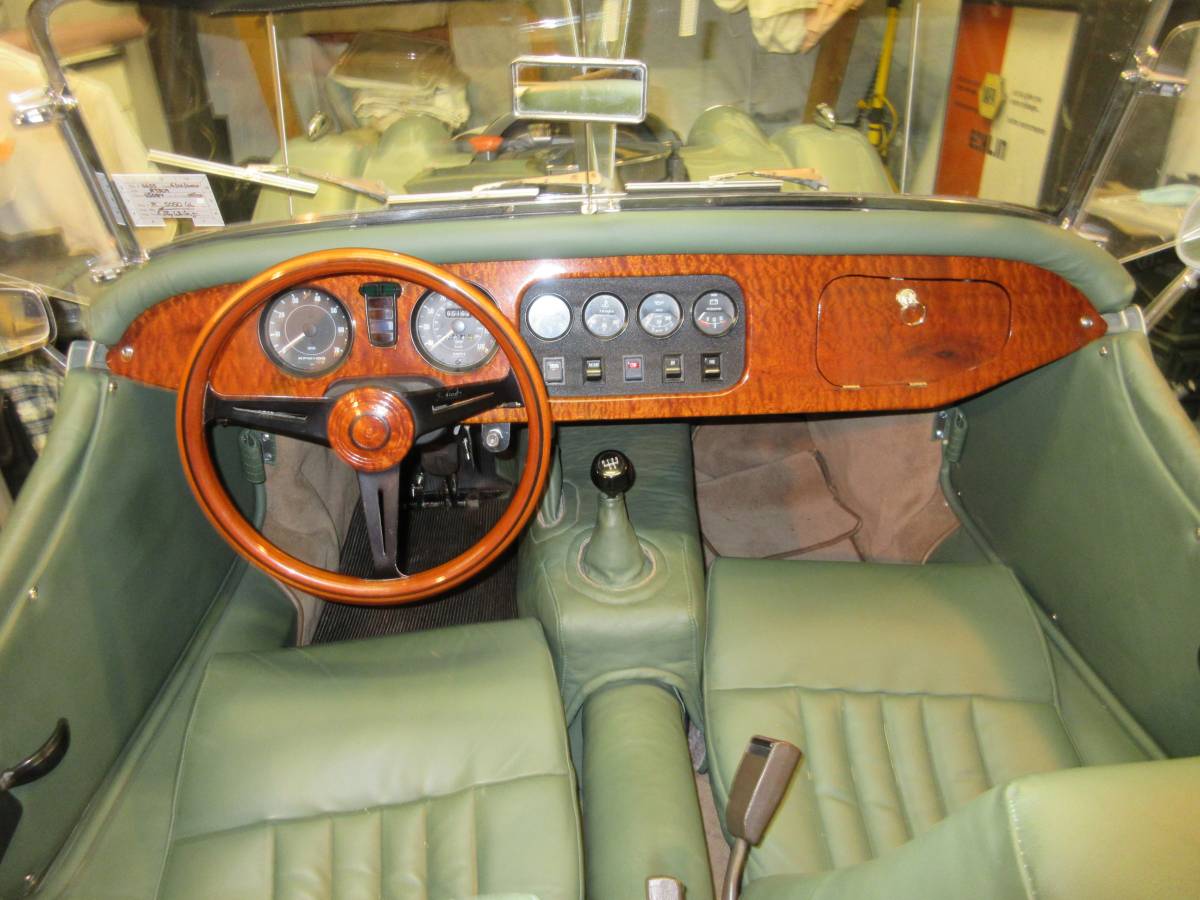 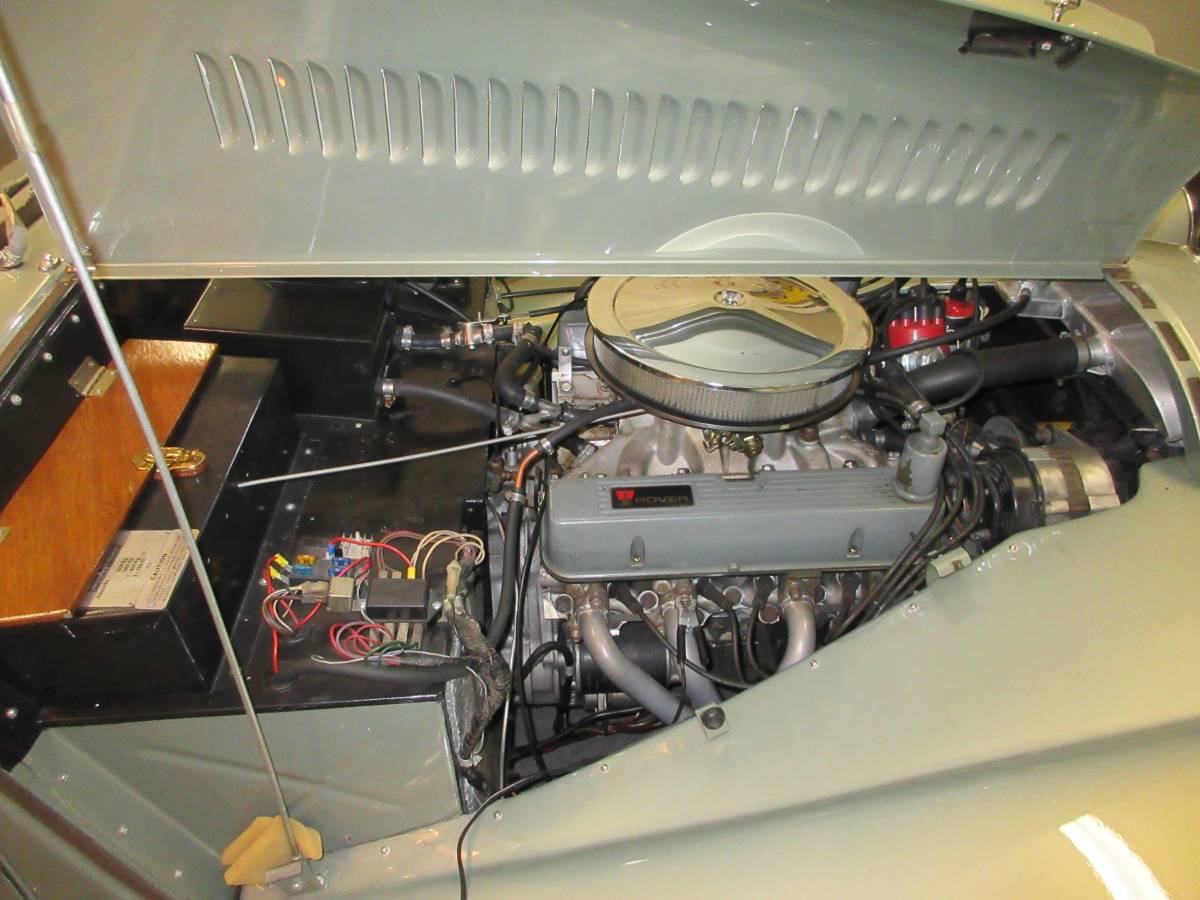 May 7, 2021 Update – We just confirmed the listing for this Morgan “Classifind” expired, so with no replacement found we’re assuming this ride “Sold?” While this one got away, please reach out either by email or call Rudy directly if you’d like to be informed when we come across something similar.

Originally produced from 1968 through 2004 (and revised from 2012 to 2018), the Morgan Plus 8 enjoys enduring popularity and remains the car credited with not only saving the company but keeping it top of mind among passionate enthusistas during the 36 years of its manufacture as well.  Among Morgan enthusiasts, it is deeply associated with Peter Morgan, the owner-chairman behind its design.

It’s rare to come across a U.S. version from the Malaise Era (1972 through 1984) such as this Vienna Mist fully restored example originally listed on Craigslist in April 2021 in Cape Elizabeth, Maine for $14,500. Comparing that price against the Hagerty Insurance Online Valuation Tool confirms the private seller has their TR250 priced between this guide’s #2 “Excellent” estimate of $36,000 and its #1 “Concours” appraisal of $53,100.

The Hagerty Insurance Valuation Tool also provides a nice U.S. history of the Plus 8:

“Morgan’s Plus Four had been produced since 1954 using the Triumph 4-cylinder engine, with the majority of production going to the United States. With the introduction of the Triumph TR6, however, the 4-cylinder engine was being discontinued and Morgan had to find something new for their most powerful model.

Rover unsuccessfully attempted to buy Morgan, but discussions exposed the potential of using Rover’s V8 in Morgan’s next generation automobile. A V8-powered Morgan gave have undeniably improved performance over the 4-cylinder car, as the Plus 8 could run to 60 in 6.7 seconds, quicker than the more modern offerings from competitors and on par with some Italian exotics of the day – the Lamborghini Miura wouldn’t have been able to shake a Plus 8 to 60.

The U.S. had been an important market for the Plus Four, but homologation would not come as easy for the Plus 8. New emissions rules and safety regulations were difficult for a small manufacturer to meet. Bill Fink, an American who crewed for Oxford, figured out how to get Morgans back into the States. Don’t meet the regulations – avoid them. By converting the Rover V8 to propane, Fink sold Morgans that required no testing. Safety requirements were sidestepped as well. Fink’s Isis Imports of San Francisco was the only U.S. importer of Morgans until Win Sharples opened an East Coast dealership in the 1980s. Importing Plus 8s required more and more effort – airbags became standard in 1999, although both importers had to reinforce doors and bumpers to meet regulations. Visors, side reflectors, and door buzzers were also installed stateside. By 2004, most of this work was done at the factory and not by the importers.

The Plus 8 was produced with varying displacements of the Rover V8, from 3.5 liters to 3.9, and finally 4.0 with the introduction of the airbag cars in 1999. Each got a little wider, from 57 inches in 1968 to a maximum of 67 inches in 2004, to accommodate wider tires. Production finally ceased in 2004 with the end of the Rover V8. All models retained the characteristic bobble of the front end, as the front suspension copes with road irregularities the same way the first Morgan did in 1909, using a sliding pillar set up.

From a collection standpoint, Morgans can be frustrating. Up until 2004, after all, a new one could be ordered, thus holding down the appreciation potential for an older car. And although the traditional Morgan is no longer available in the States, seven dealerships divvy demand for the next generation Morgans, and can order a new chassis and frame for an older Plus 8 restoration, built by some of the 150 employees of the factory.”

Richard Hammond provides a nice review of a similar Rover-powered Plus 8 in this vintage Top Gear segment posted on YouTube:

We love the distinctive Vienna Mist exterior color with matching leather hydes.  With a complete restoration recently completed and a full set of tops to enjoy this Morgan in any three-season weather, you’ll be hard-pressed to pass on this example as they rarely come along.

Show or go: what would you do with this restored Morgan Plus 8?  Comment below and let us know!