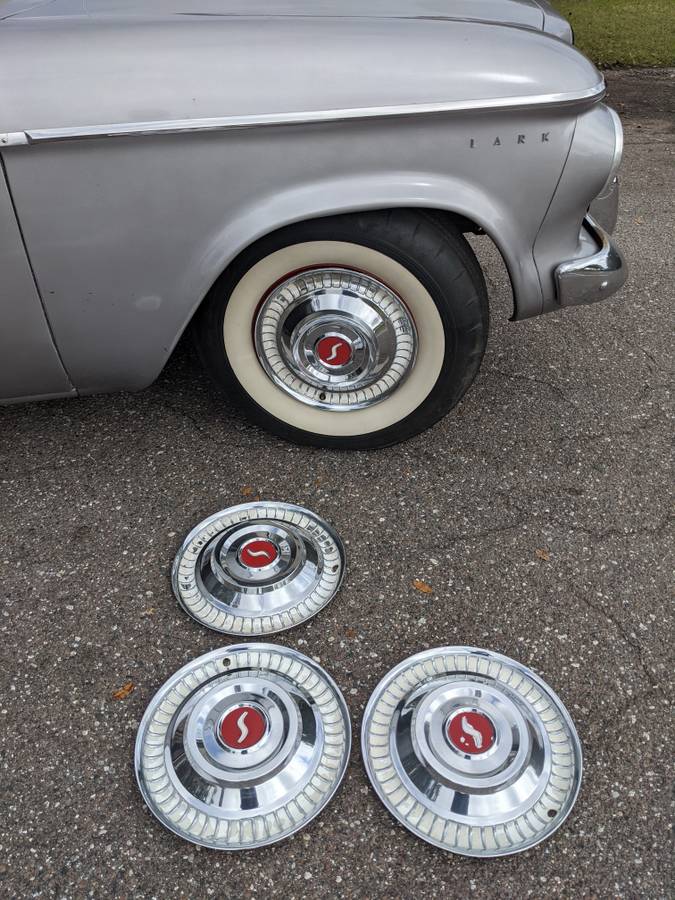 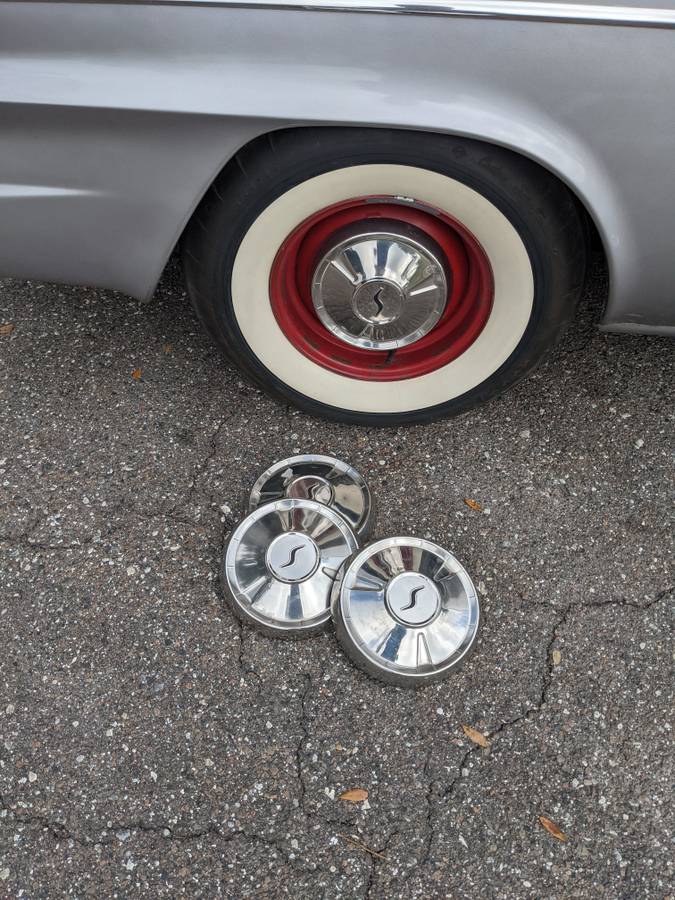 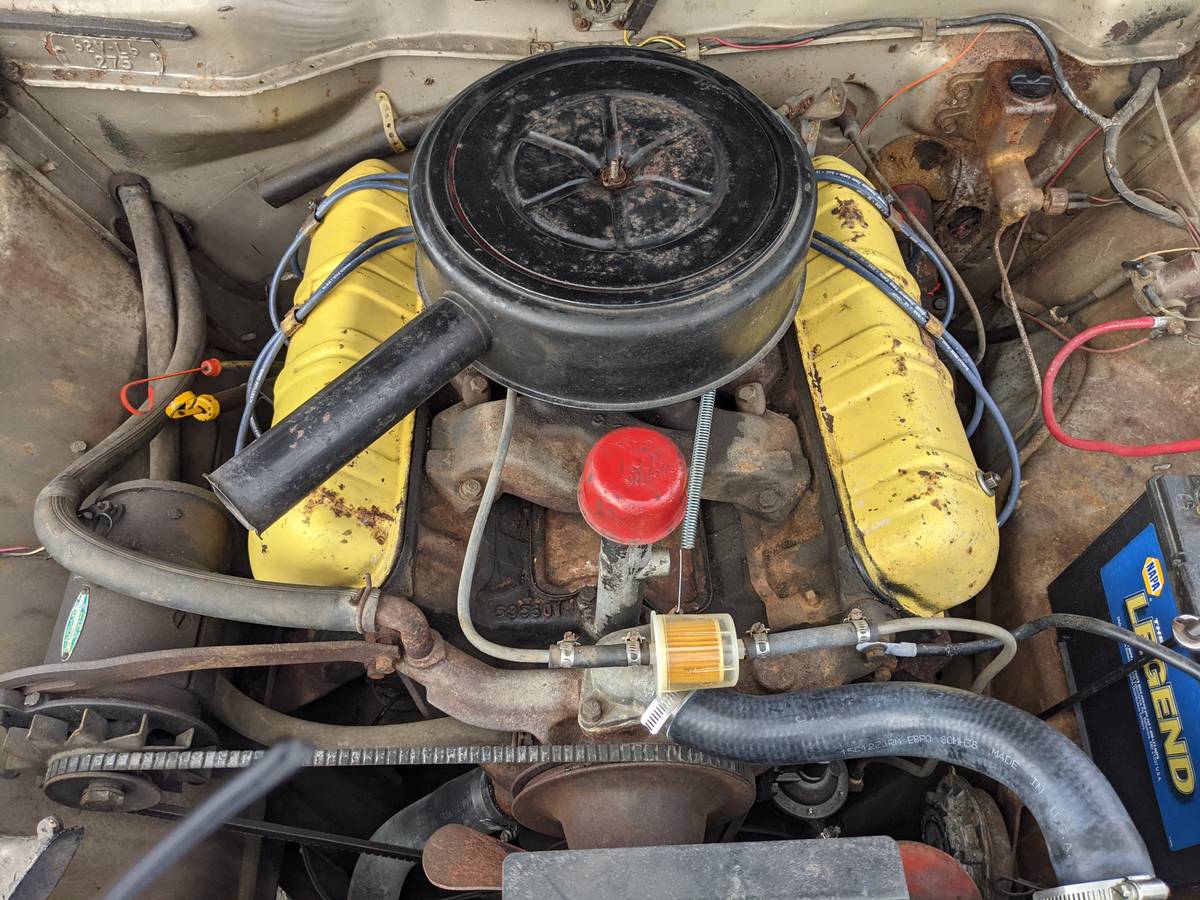 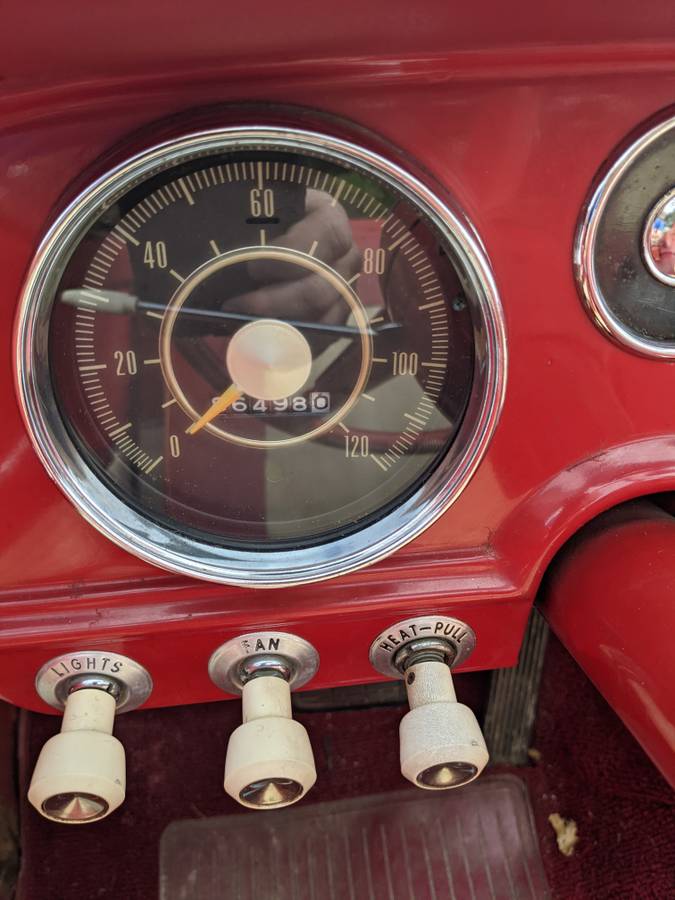 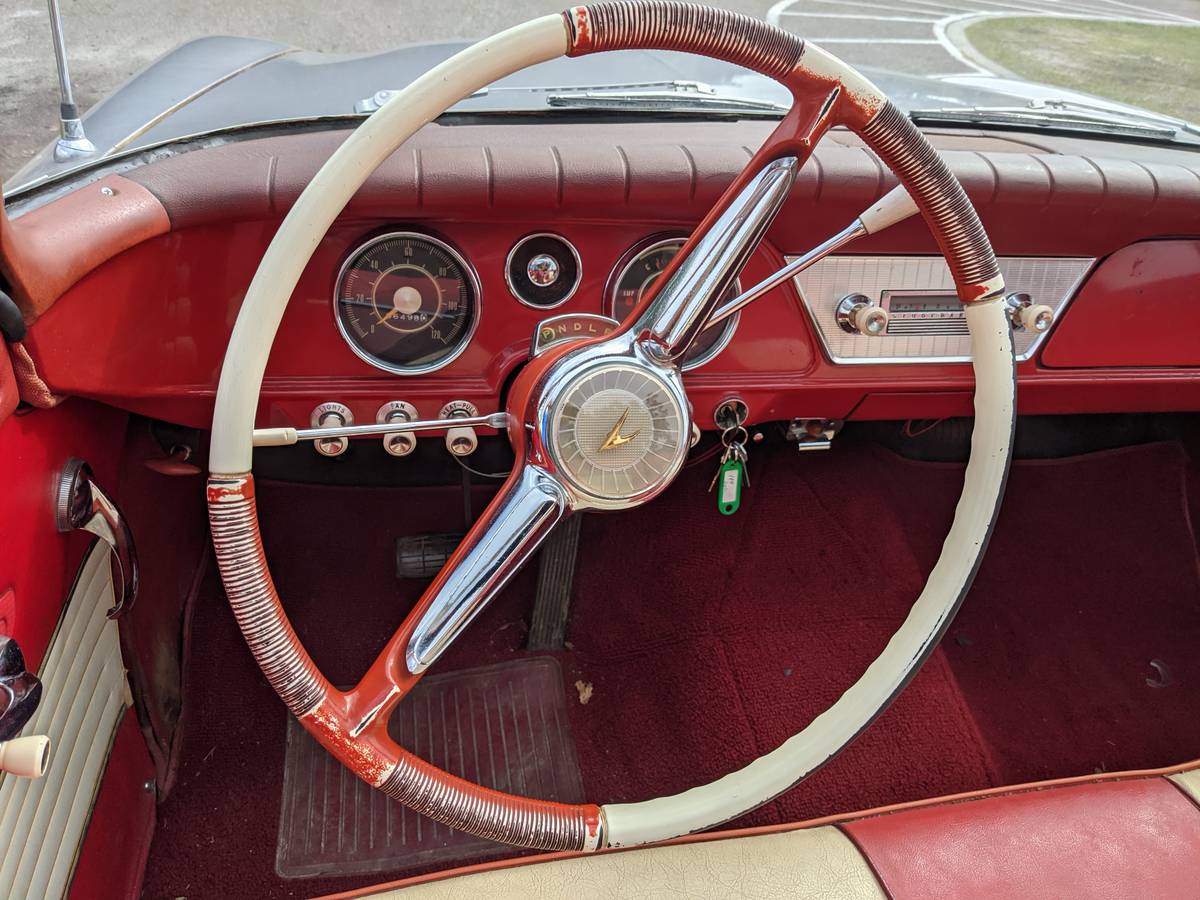 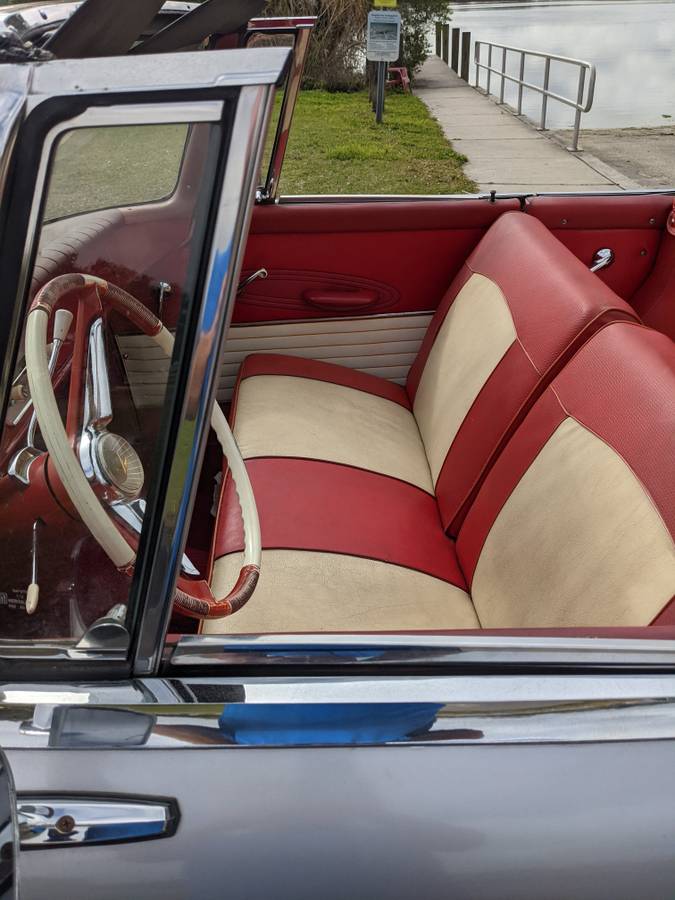 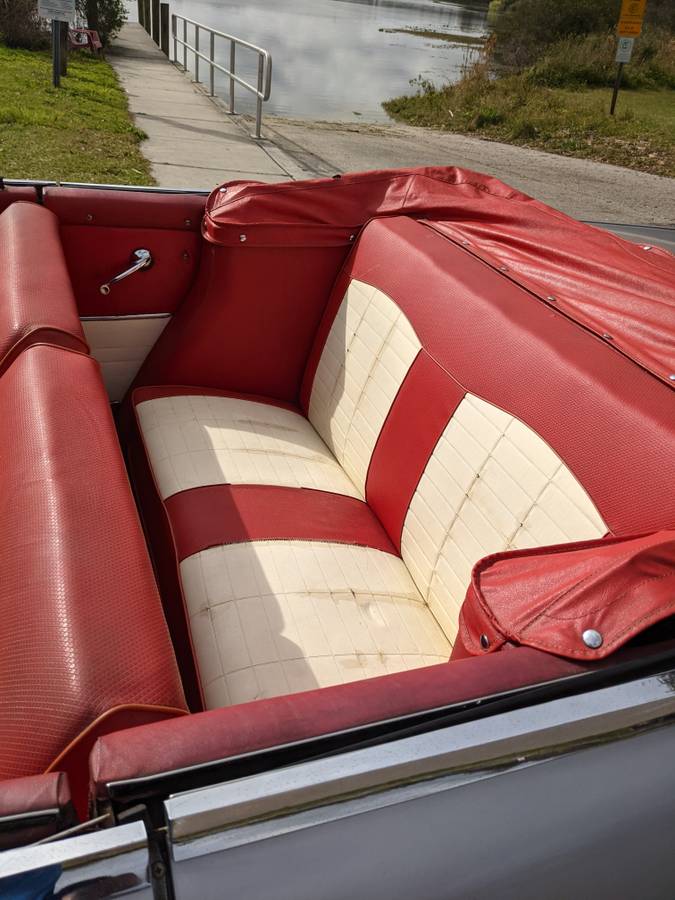 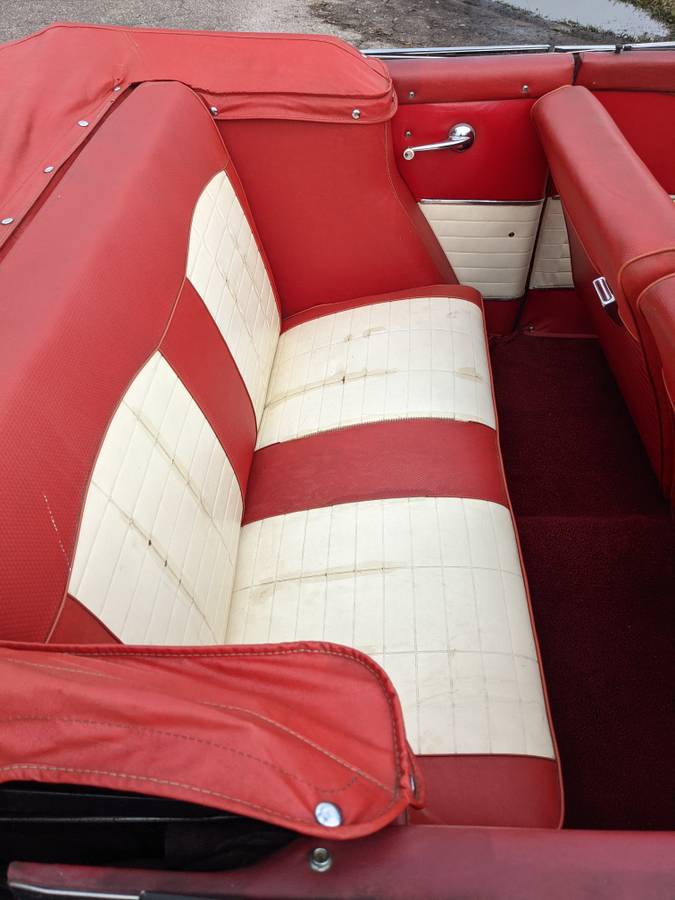 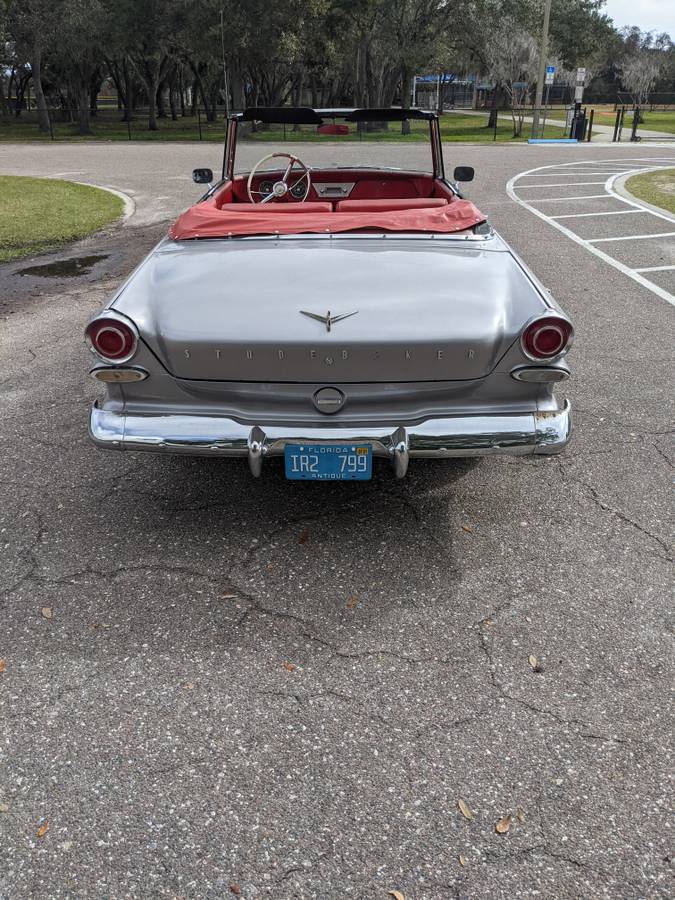 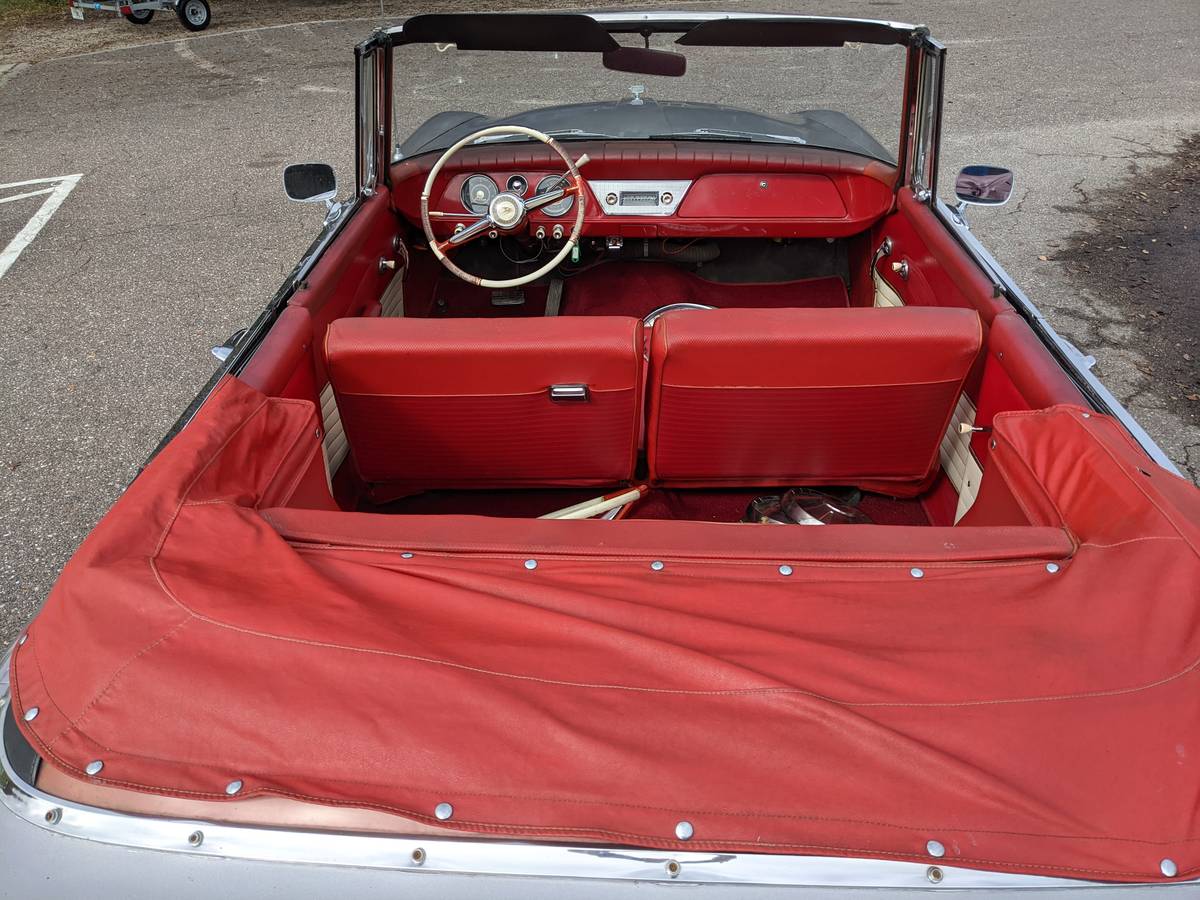 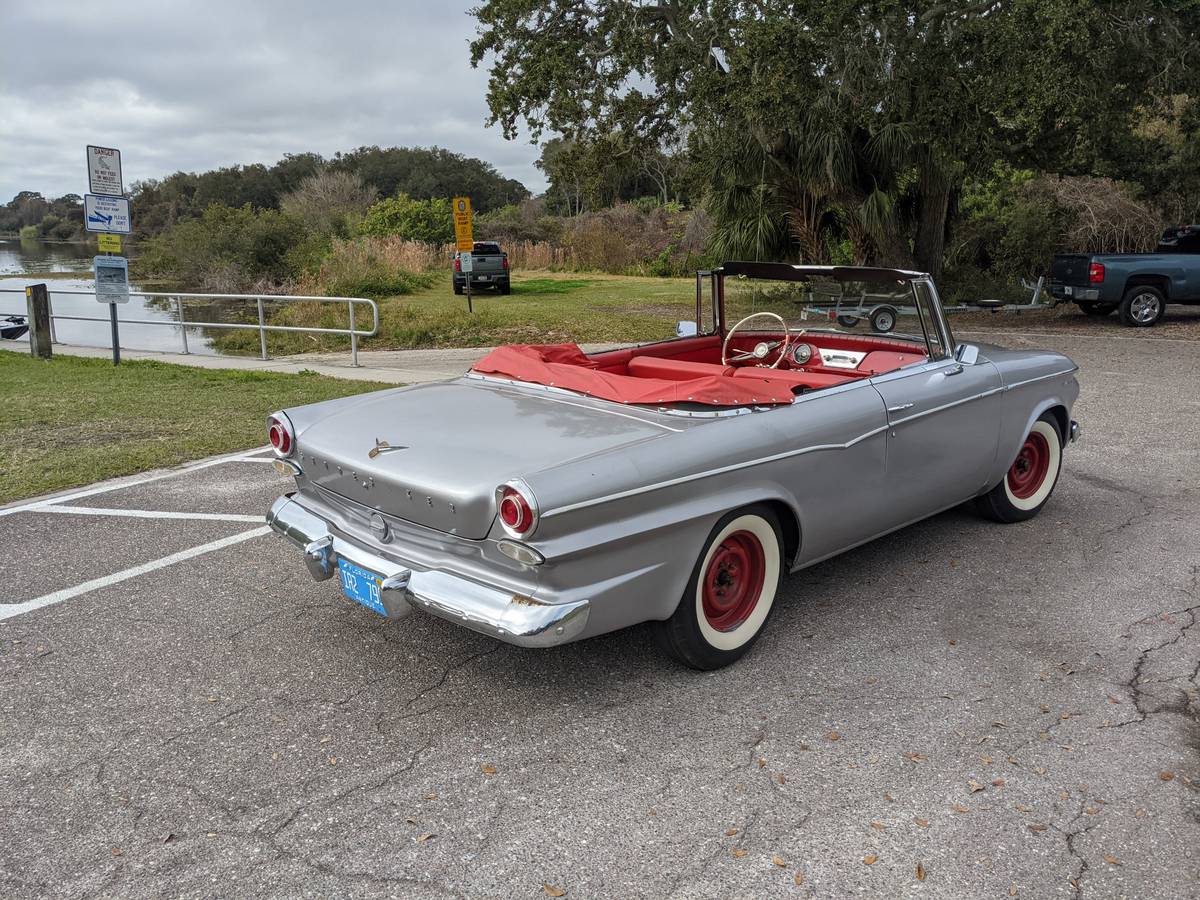 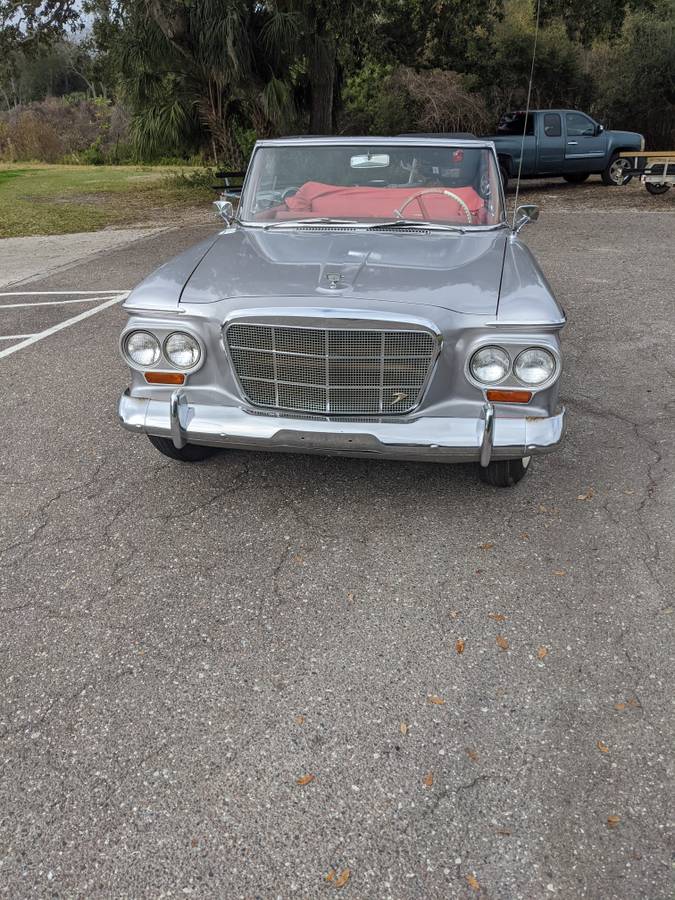 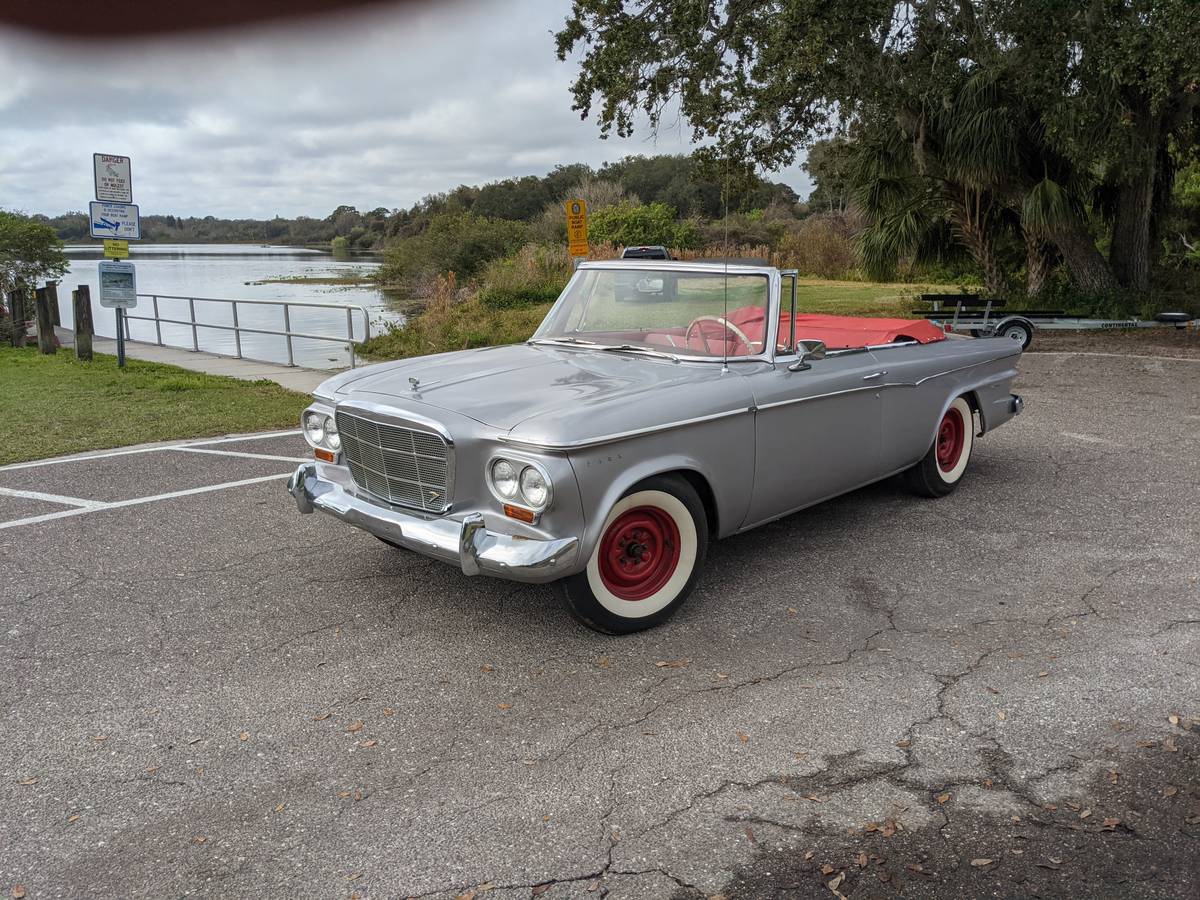 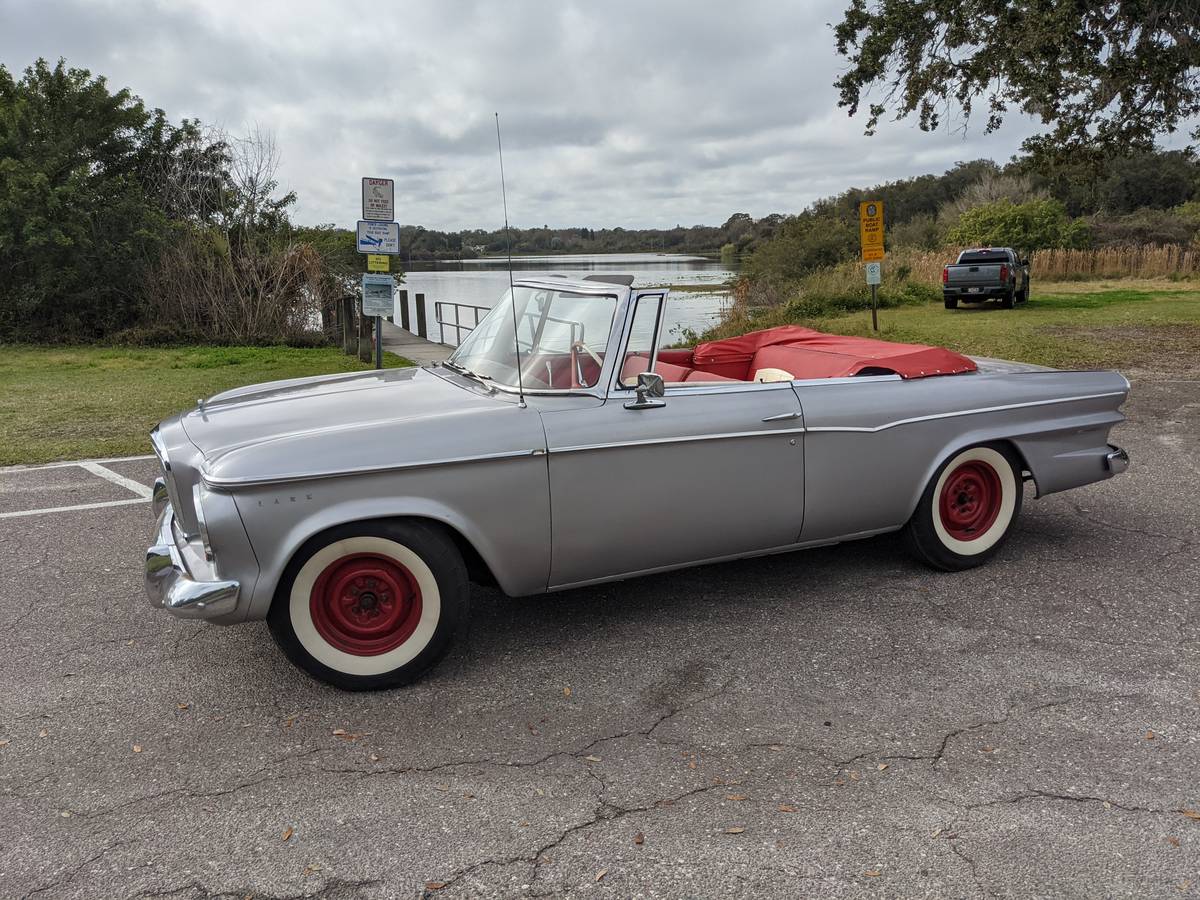 April 21, 2021 Update – we confirmed the seller of this Studebaker Lark “Classifind” deleted their listing, so we’re now able to call this one “SOLD!” While this one got away, please reach out either by email or call Rudy directly if you’d like to be informed when we come across something similar.

Orphan brands such as Studebaker continue to offer great value as classics today as their limited popularity continues to keep their asking prices relatively low even though they are great cars.  Our latest example is this silver-over-read-and-white, 259 cubic inch V8-powered, 1962 Lark Convertible originally listed in April 2021 on Craigslist in Safety Harbor, Florida reported to be from the estate of the original owner. With only 86,000 original miles and a book of receipts dating back to the mid-1970s, this appears to be a nice survivor-quality, well-documented example for $8,900. Comparing that ask against the Collector Car Market Review Online Tool reveals the private seller has their vintage Lark priced between this guide’s #4 “Fair” estimate of $5,500 and its #2 “Good” appraisal of $9,200. interestingly the Hagerty Insurance Online Valuation Tool indicates the asking price falls between this guide’s #3 “Good” estimate of $5,000 and its #2 “Excellent” appraisal of $9,800.

In an effort to reverse the downward sales trend created when Detroit rolled out its own compacts in 1960 and 1961, new Studebaker-Packard president Sherwood Egbert called upon his friend, noted industrial designer Brooks Stevens, to effect a striking yet cost-effective 1962 update. Stevens lengthened the car body, especially at the rear, and modernized the interior. Studebaker’s board of directors was reportedly pleased with the extent of the changes Stevens was able to make. They could not believe he could do so much for so little money.

In addition to the new styling, Studebaker joined the increasing popularity of front bucket seats and center console models of the early 1960s with the introduction of the Daytona. In the same way that the Cruiser had become the top-of-the-line four-door for 1961, the new Daytona replaced the Regal as the top-trim convertible and hardtop, although Regal versions of these body styles remained available.  The only model that was deleted from the 1962 lineup was the Deluxe series two-door wagon, which had slipped in popularity since the four-door wagon’s debut in 1960.

The immediate effect of Stevens’ restyle was improved sales. Indeed, had it not been for a strike called by the United Auto Workers Local 5 in early 1962 at Studebaker’s South Bend home plant, writers then and now expressed confidence that the company could have easily sold more than 100,000 of the new cars. Despite the strike, which halted production for 38 days, the company sold over 90,000, far more than had been sold in 1961. However, the convertible versions were one of the fewest produced with only 2,600 examples leaving South Bend that year.

Survivor-quality, V8-powered, four-passenger convertibles that can actually fit in the average garage for less than ten large are becoming almost unheard of in the collector car hobby. Unless a detailed in-person inspection reveals a serious flaw not presented in the Craigslist ad, we predict this Lark will find a new home very soon.

Rare V-8 powered classic…From estate of original owner…Garaged and barely driven for past 40 years. Has book of service and receipts for the past 45 years. 86K original miles. Original 259 V-8 engine, Auto Transmission, and interior. Top has been replaced and is like new. Runs and drives but needs some attention from lack of driving and could easily be taken to the next level.

CASH OFFERS WILL BE CONSIDERED IN PERSON WITH DEPOSIT IN HAND“ 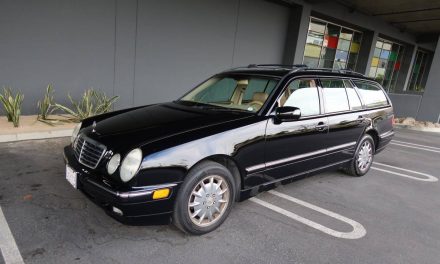 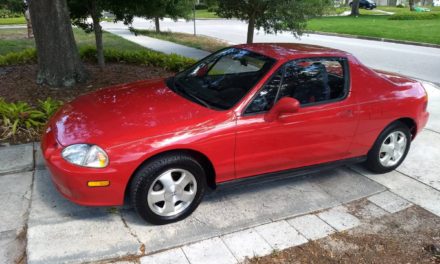 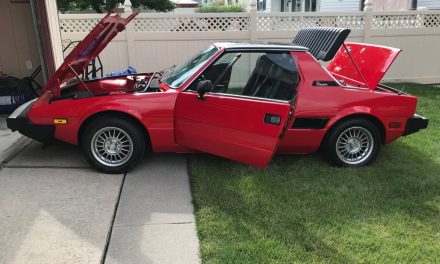 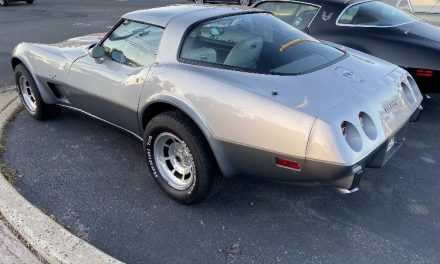