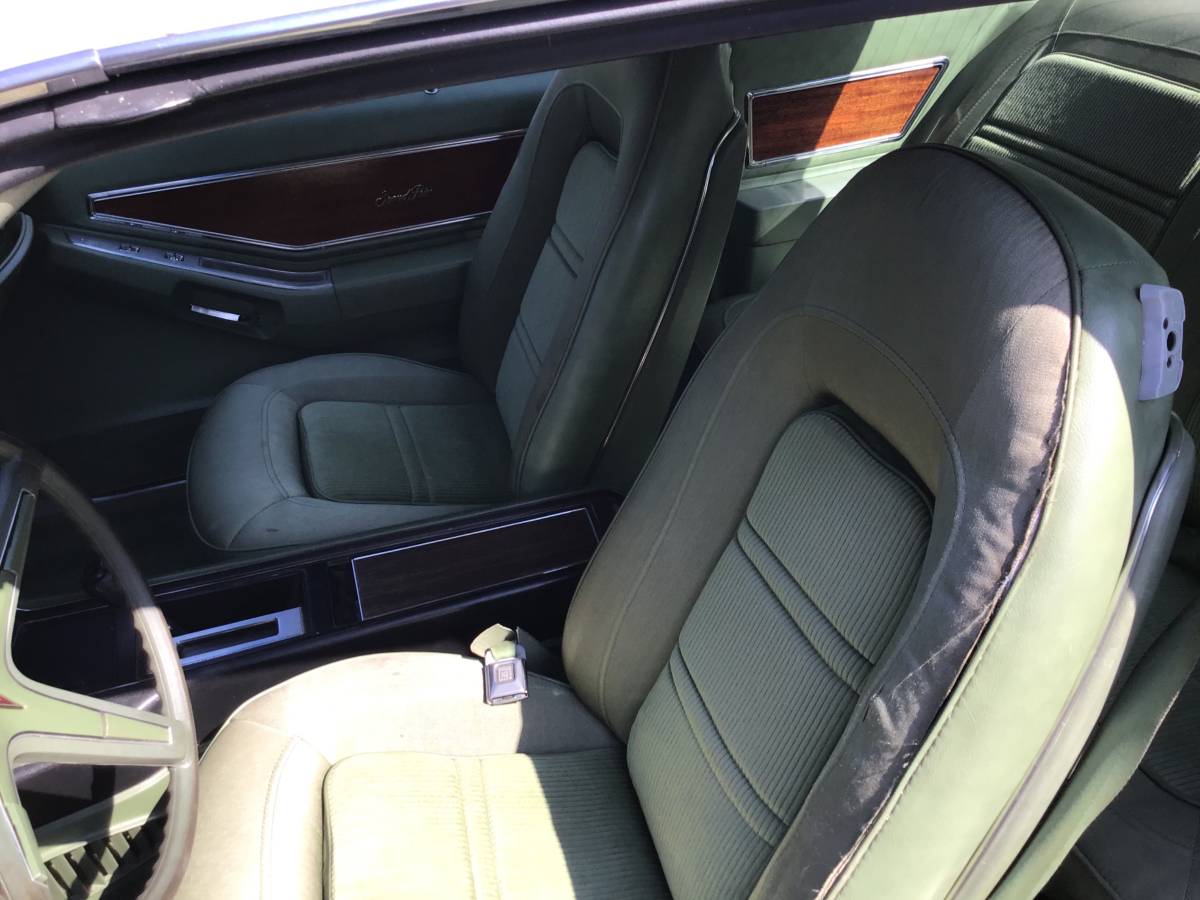 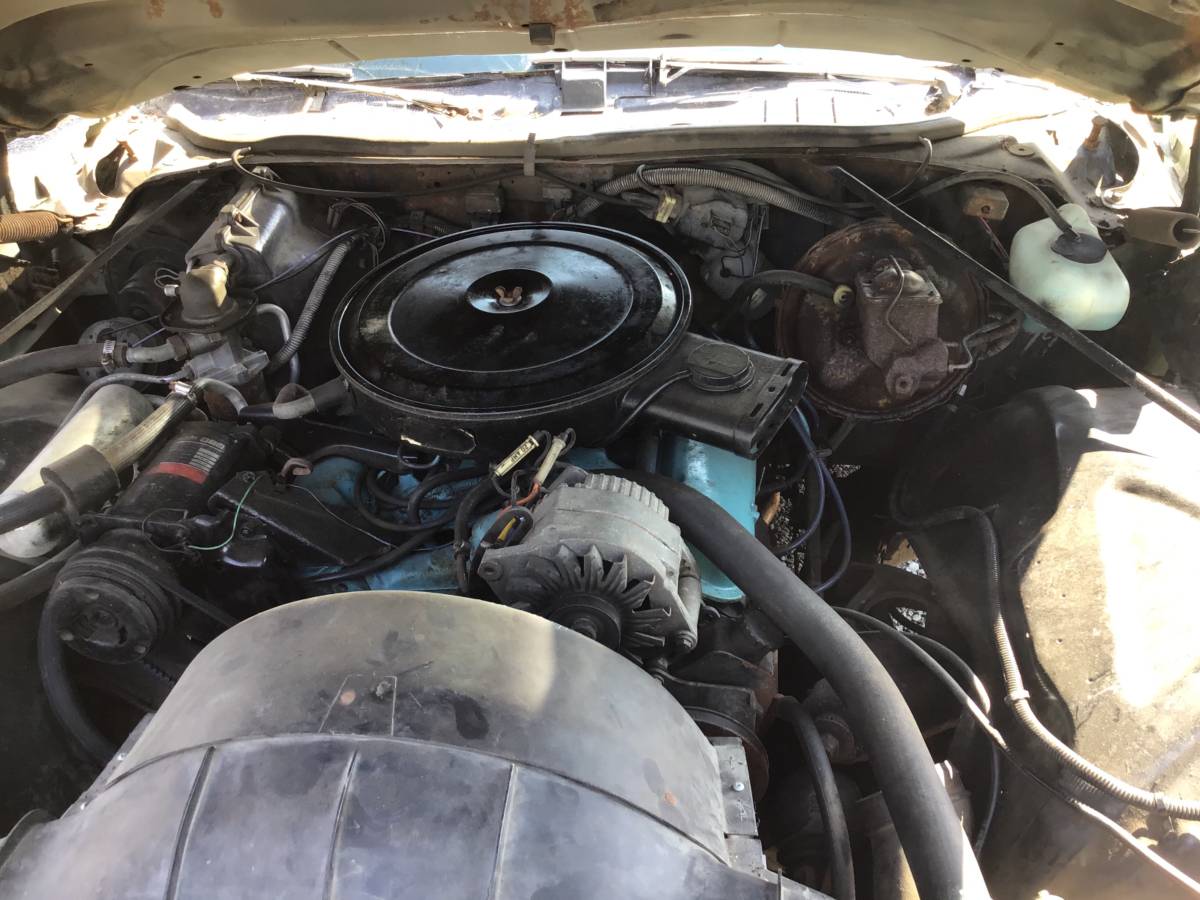 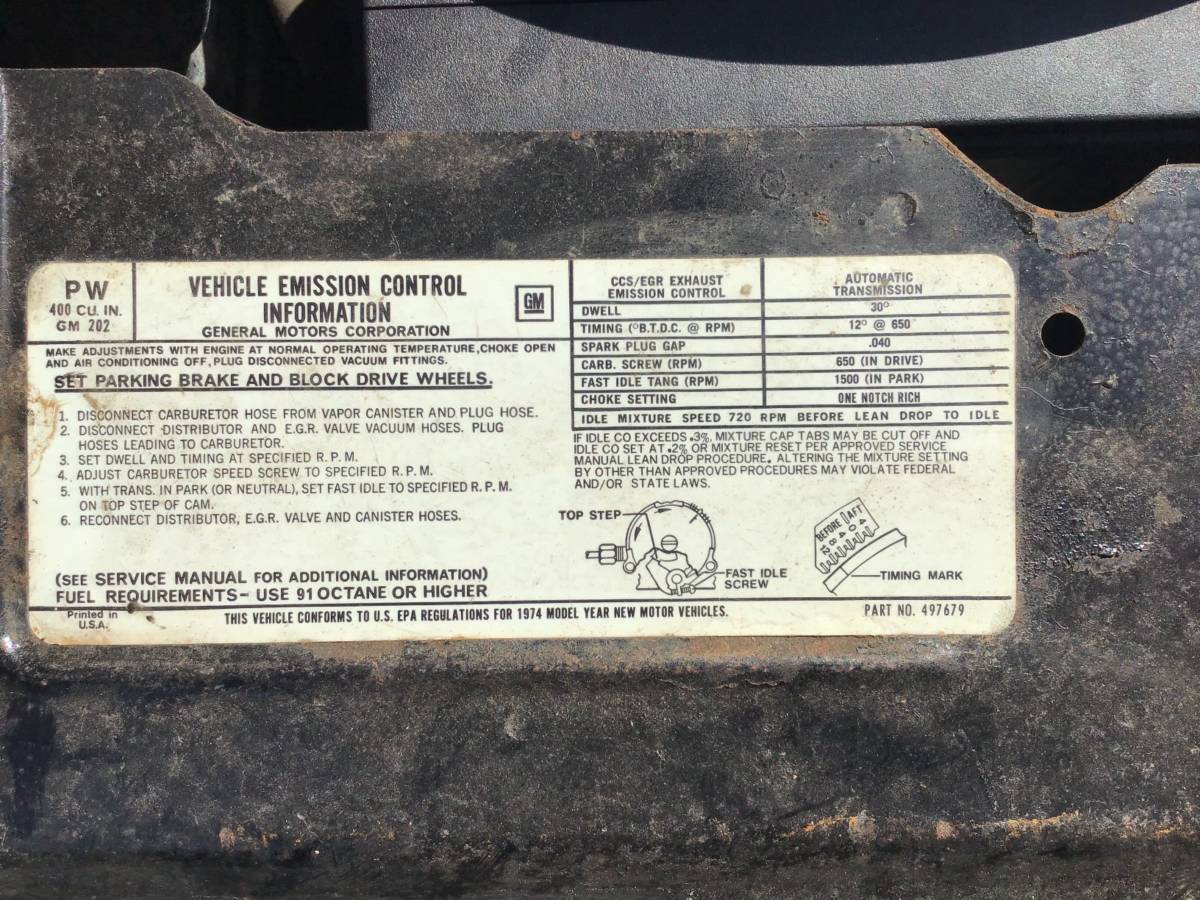 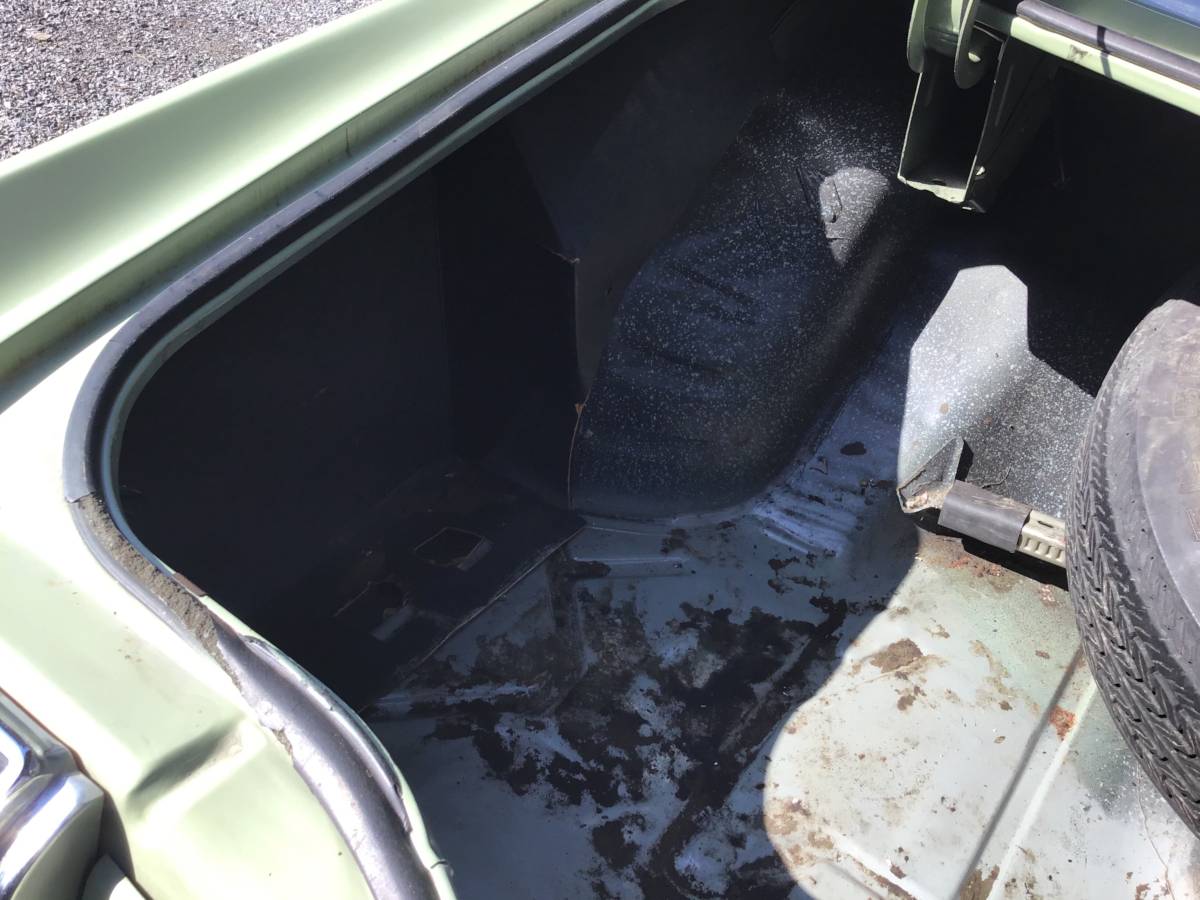 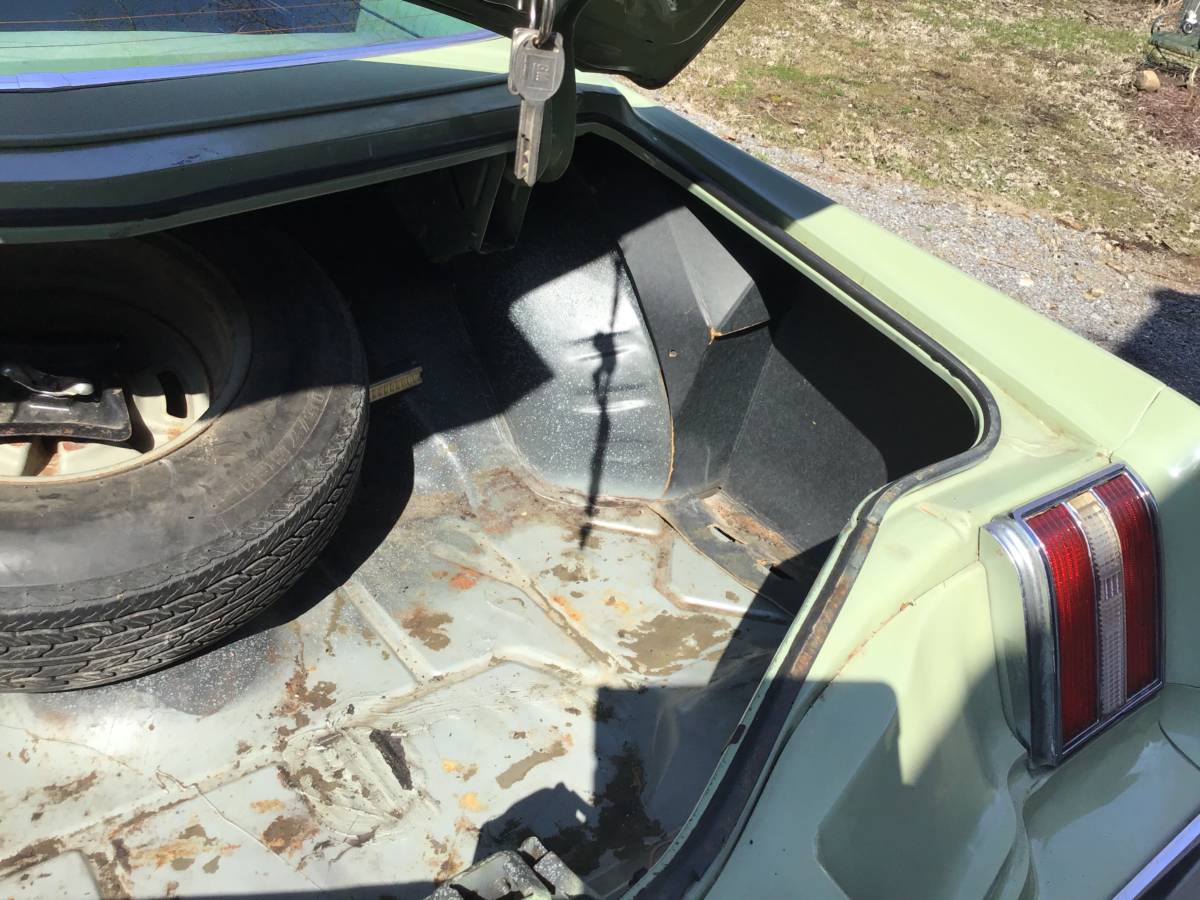 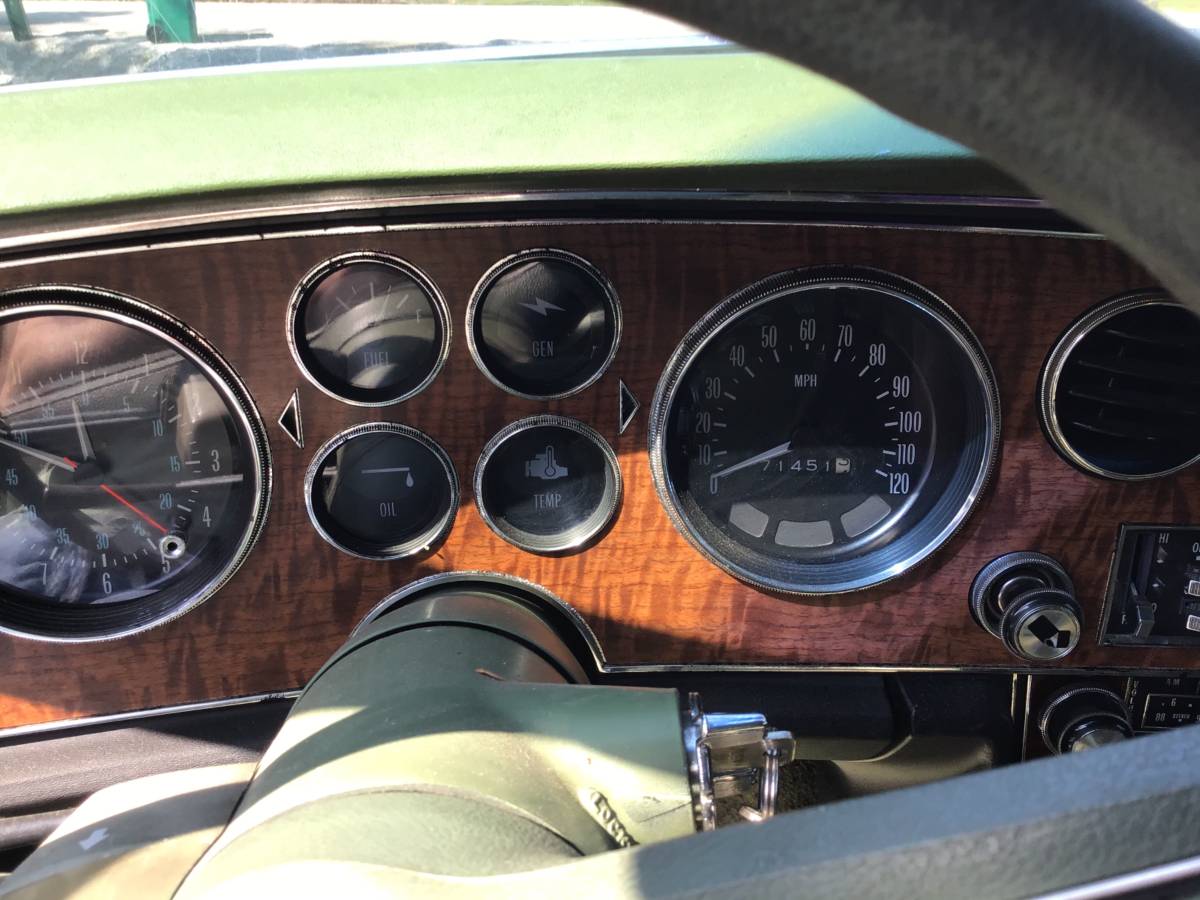 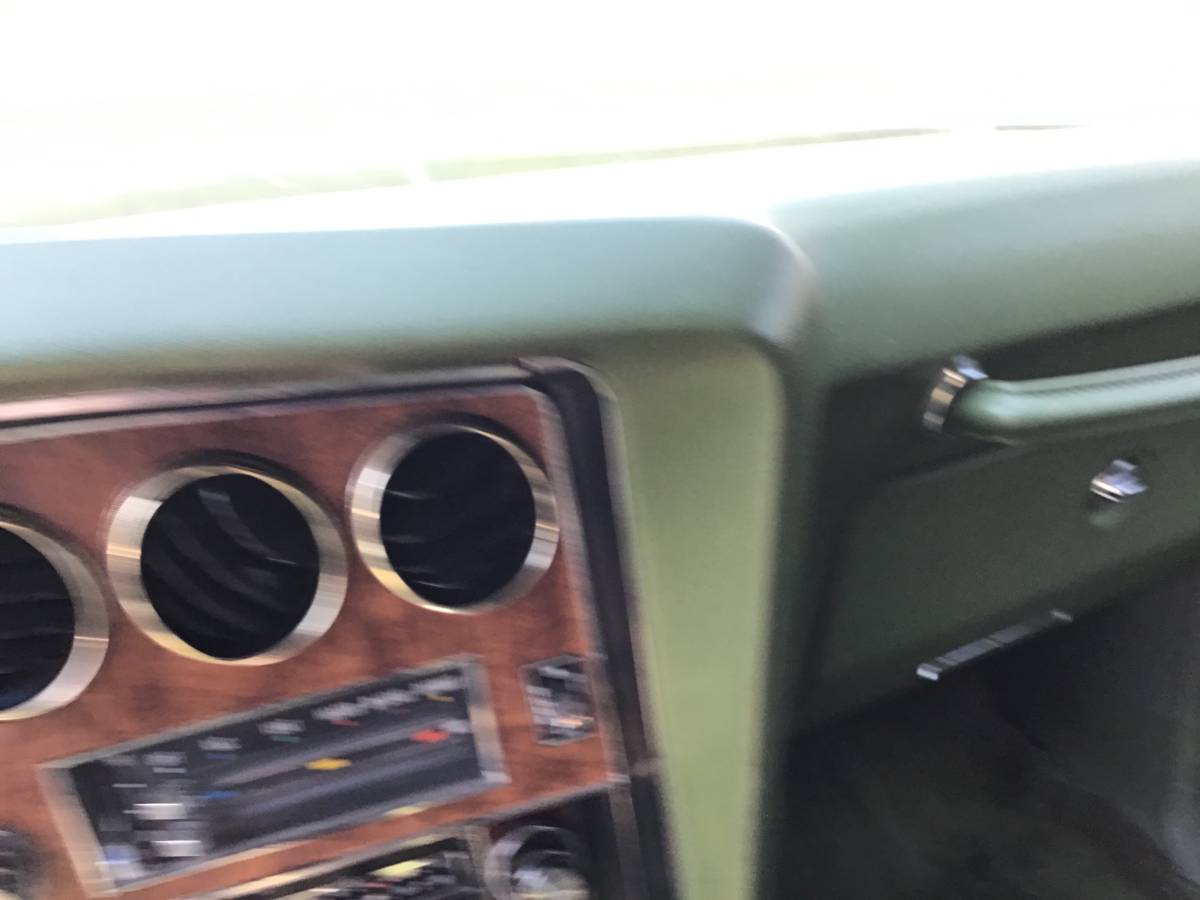 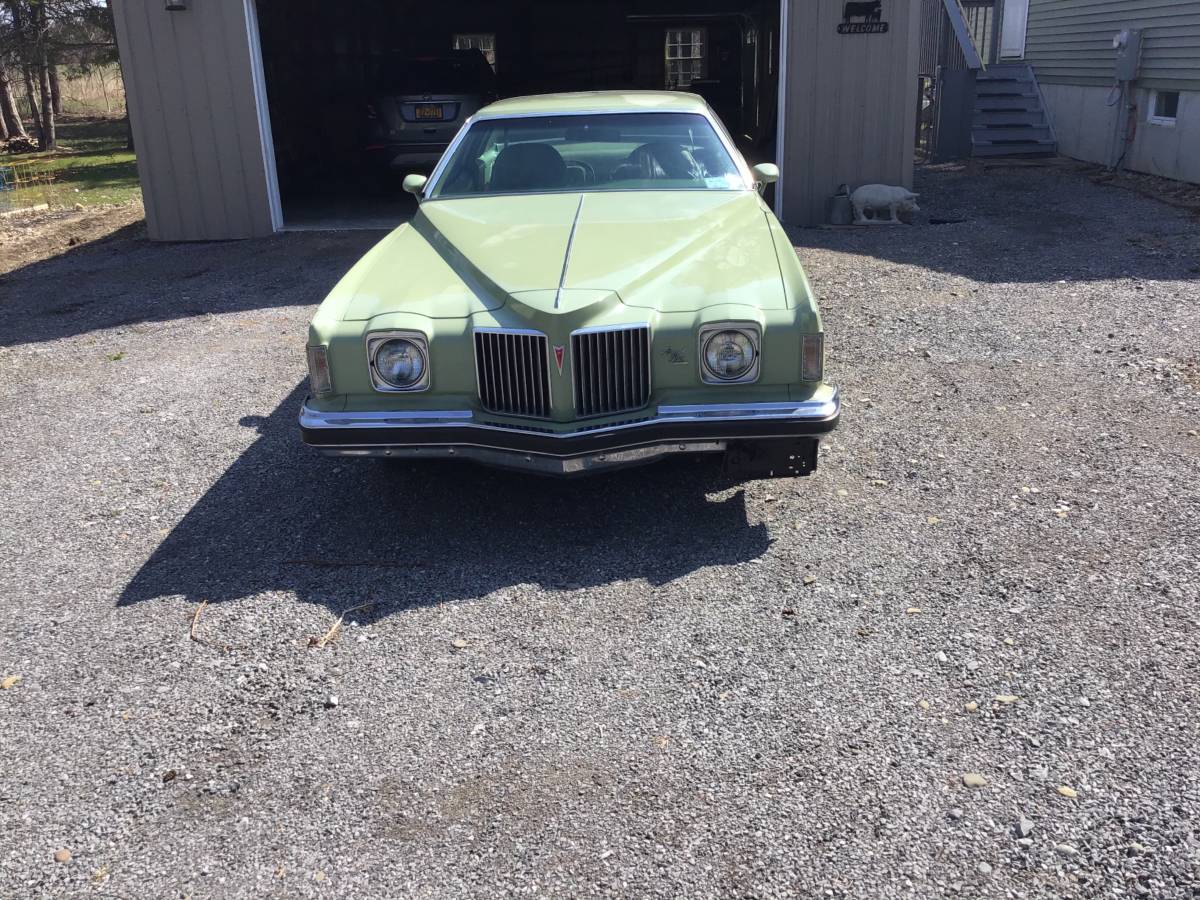 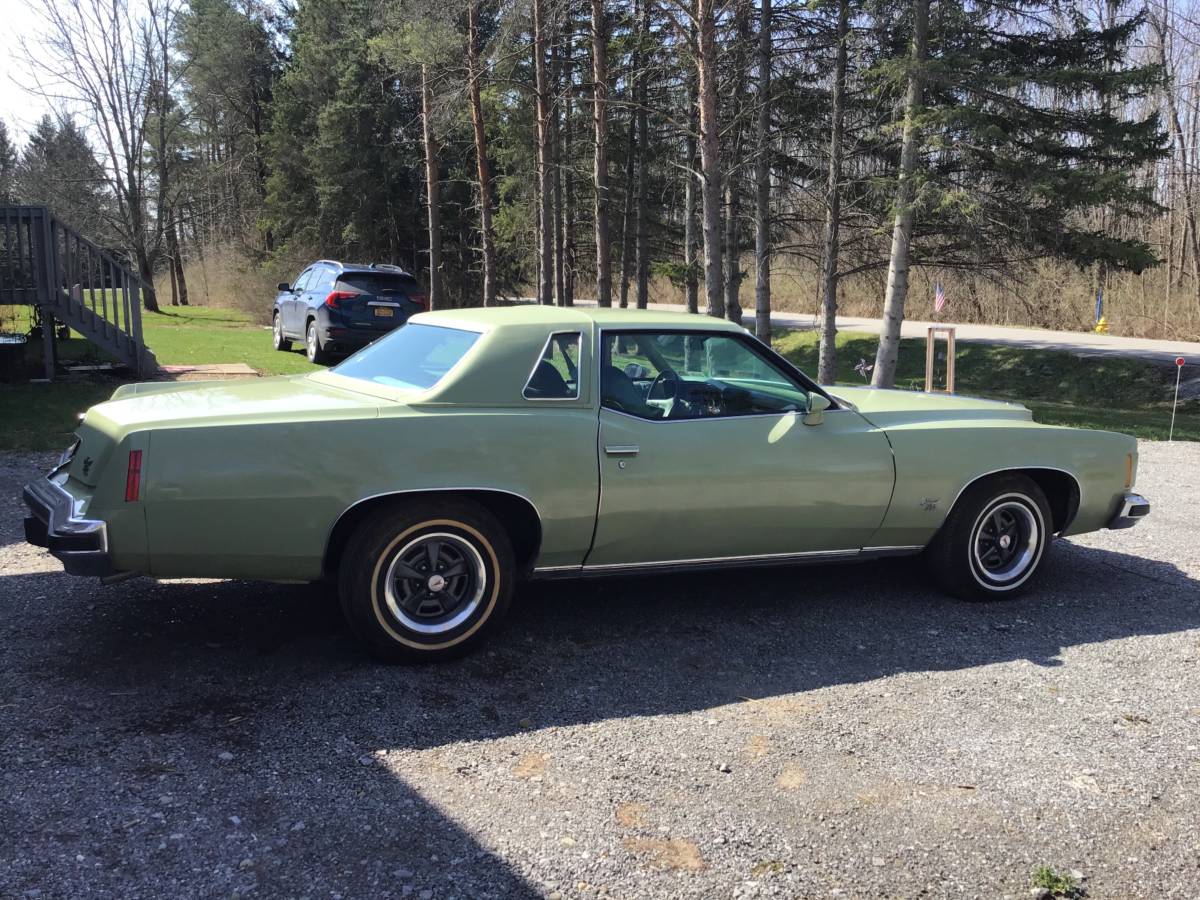 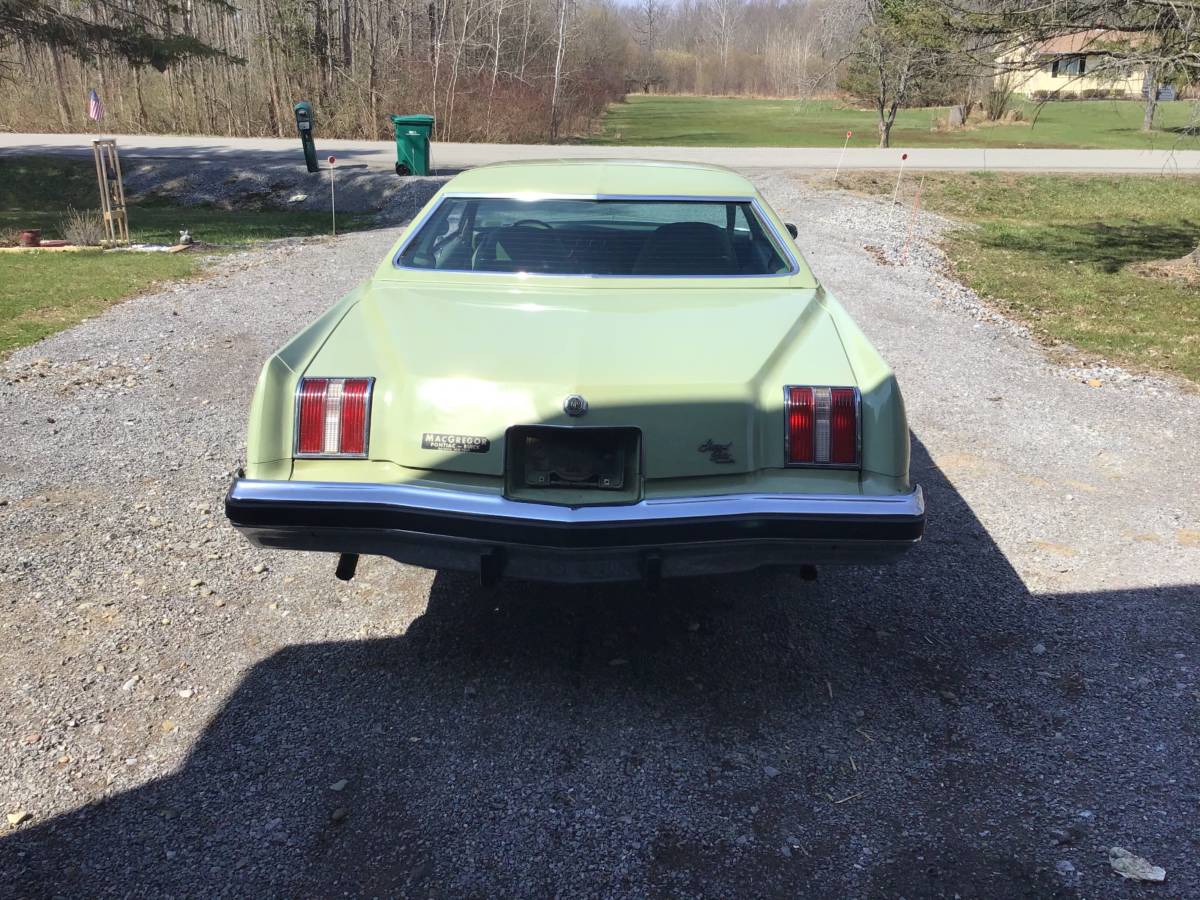 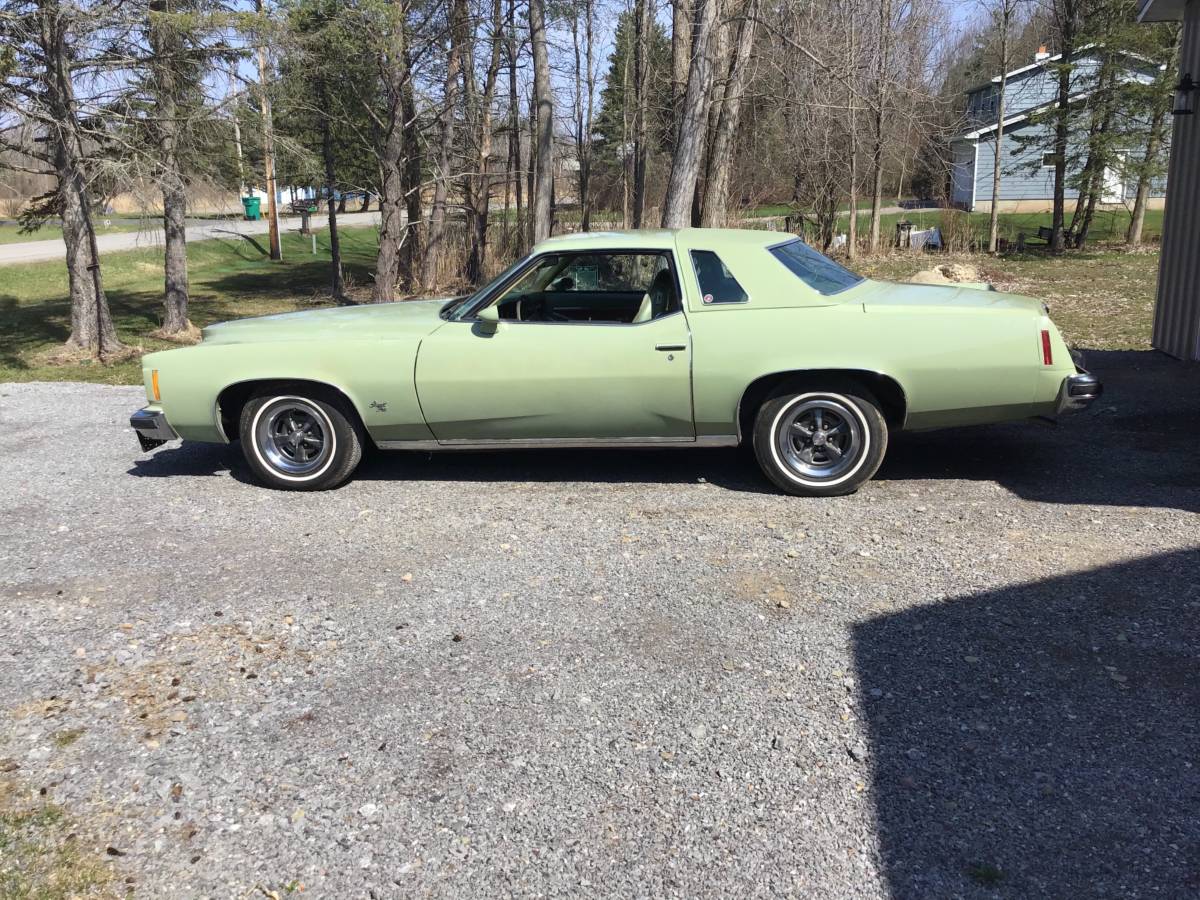 May 2, 2021 Update – we confirmed the seller their mother’s Pontiac Grand Prix “Classifind” deleted their listing, so we’re now able to call this one “SOLD!” While this one got away, please reach out either by email or call Rudy directly if you’d like to be informed when we come across something similar.

For 1973, GM redesigned its entire mid-size line-up of “A” Body cars. One of Pontiac’s many offerings of this “Colonnade” hardtop was this the third generation grand Prix produced through 1977.  A prime example is this one-family-owned, 71K original mile, Fern Mist Green 1974 survivor example originally listed in April 2021 in Corfu, New York (Buffalo) offered at $8,500 currently. Comparing that price against the Hagerty Insurance Online Valuation Tool confirms the private seller has their mom’s Grand Prix priced three hundred dollars less than this guide’s #3 “Good” estimate of $8,800.  Similarly, the  Collector Car Market Review Online Tool reveals the son’s asking price falls between this guide’s #3 “Good” estimate of $6,600 and its #2 “Very Good” appraisal of $9,700.

Like all new A-Bodies introduced for 1973, the third generation Pontiac Grand Prix was larger and heavier, due partly to the federally mandated five-mile-per-hour front crash bumpers. Although large V8s were still available, performance declined due to new emissions control systems. The most notable styling feature of this generation was the appearance of the fixed opera window, replacing the previous disappearing rear side glass. This year’s Grand Prix switched from pillarless hardtop design to a pillared “Colonnade” hardtop with frameless door glass as did all GM intermediates in response to proposed federal safety standards regarding roll-over protection.

The 1974 Grand Prix received a revised split grille with vertical bars now placed entirely above the bumper. The boattail effect was softened due to the aforementioned crash bumpers now required in the rear as well. The license plate and fuel filler were moved above the bumper and taillight lenses were revised.

The interior trim remained virtually unchanged from 1973, with standard seating choices, including Strato bucket seats with center console or notchback bench seat with an armrest and cloth or Morrokide upholstery. The bucket seats were available with optional recliners and adjustable lumbar support. The real African Crossfire Mahogany trim was replaced by a simulated material for the instrument panel due to splintering problems on 1973 models; the “real” wood was continued on the console and door panels for another two years. New cut-pile carpeting replaced the nylon loop rugs of previous years.

A federally mandated interlock system required the driver and front-seat passenger to fasten their seat belts to start the car. This system was offered only for 1974 and on some early 1975 models. It was rescinded by Congressional action.

Sales of Grand Prixs for the 1974 model year dropped from 1973’s record of around 150,000 units to just under 100,000 units primarily due to new competition in the intermediate personal-luxury car market from a new upsized Mercury Cougar XR-7 coupe and Ford Elite, both based on the Dearborn’s intermediate Torino/Montego platform. Still, 1974 was the third best-selling year to date for the Pontiac Grand Prix.

We found this 1973 Pontiac Grand Prix Commerical posted on youTube:

While fern green may not be everyone’s first choice, we love that this Grand Prix has a matching cloth bucket seat interior as well as featuring a 400 cubic inch Pontiac mill.  We love featuring family-owned cars as the chances are good you will receive the full history and (hopefully) some documentation to go with it.

Restore or Drive as-is: what would you do with this Grand Prix?  Comment below and let us know!