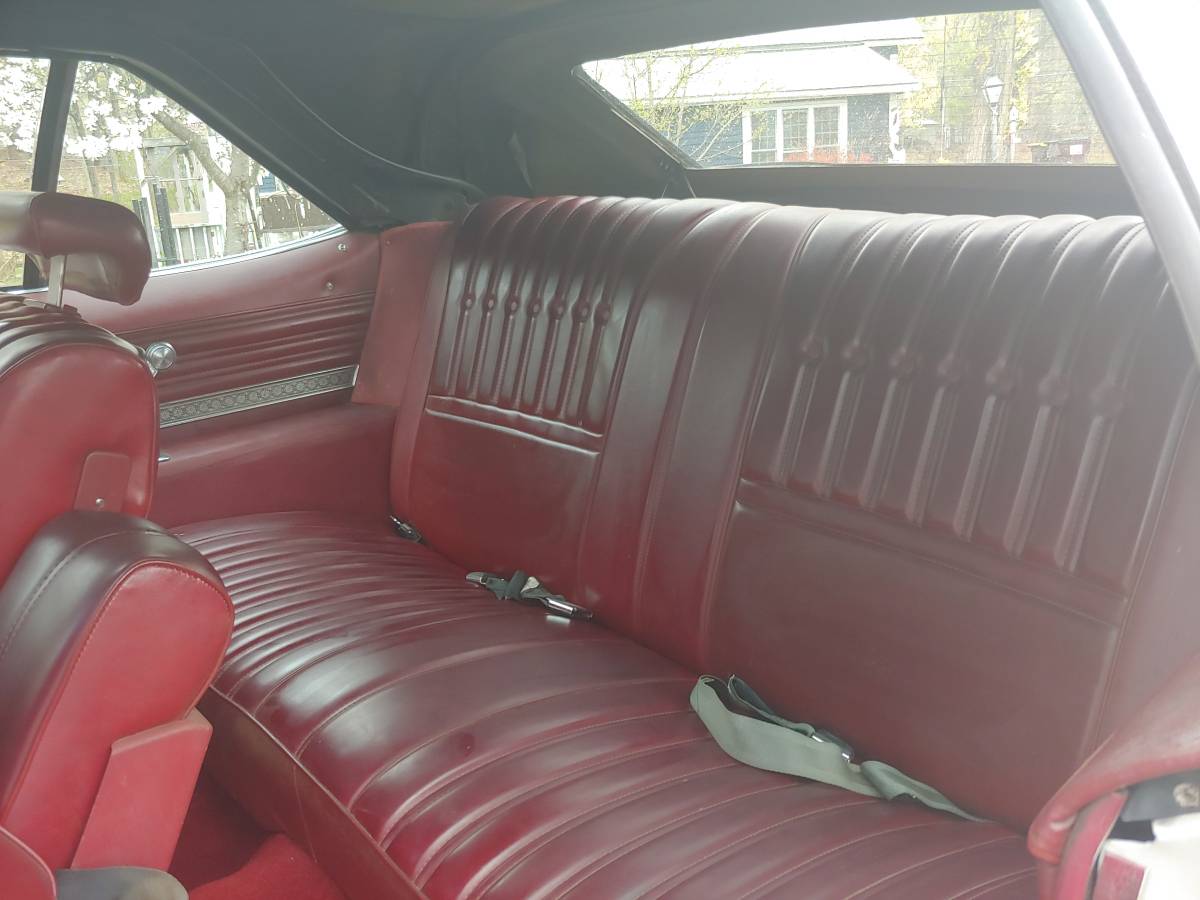 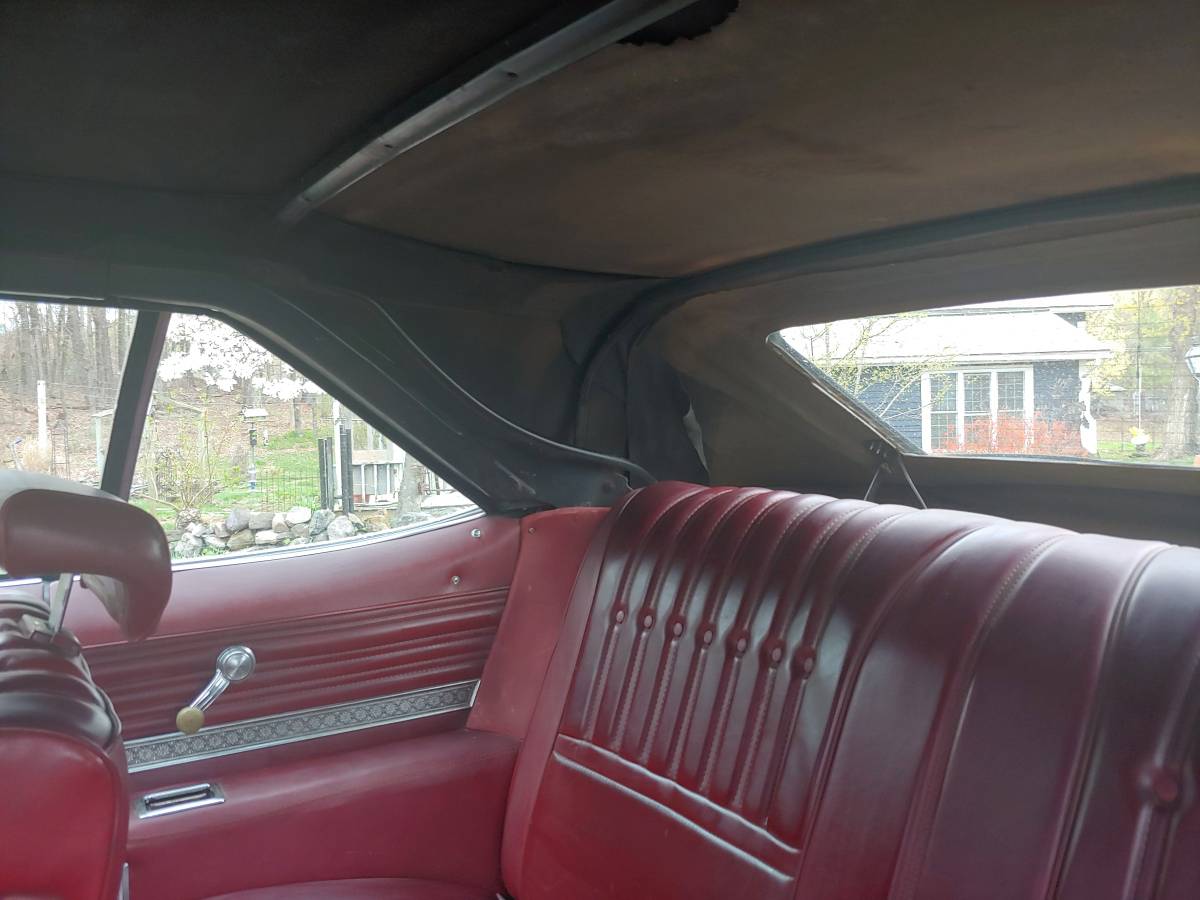 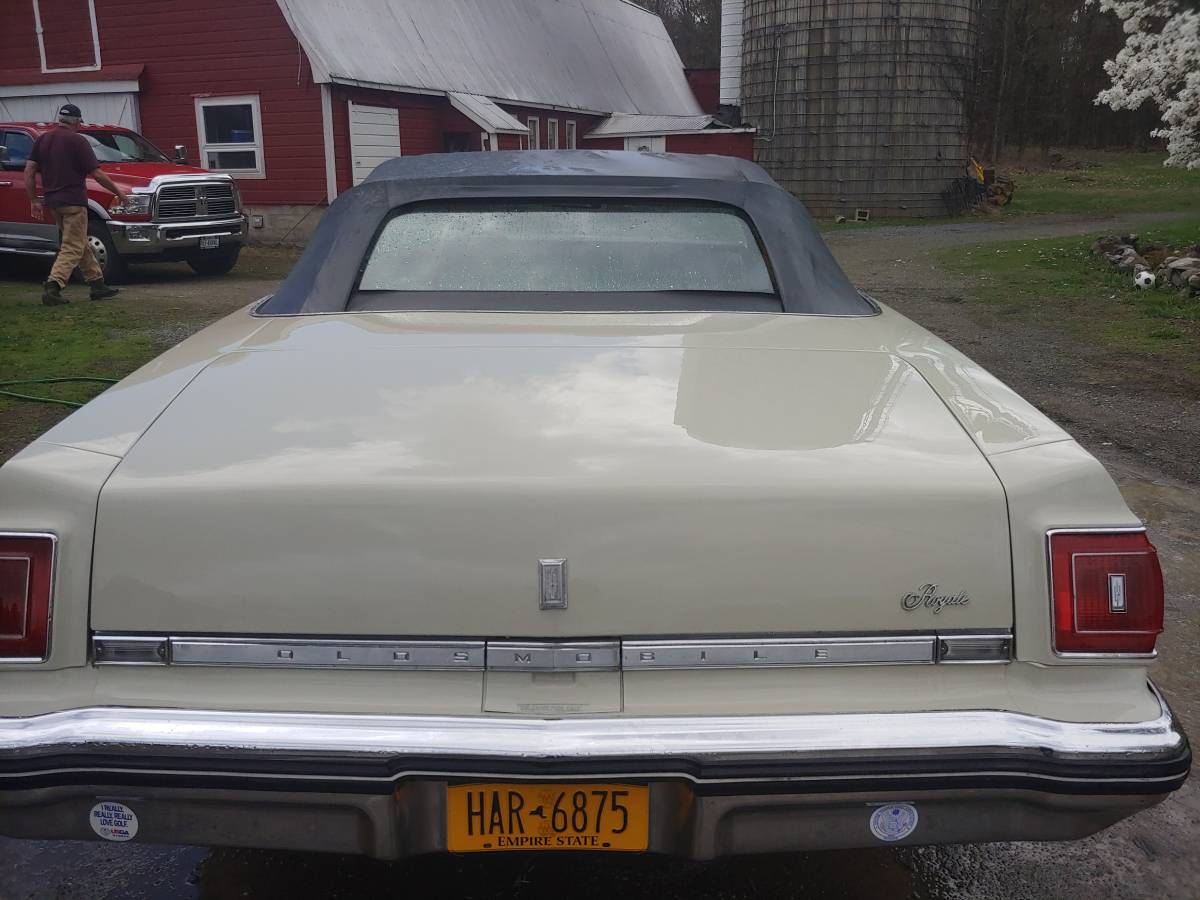 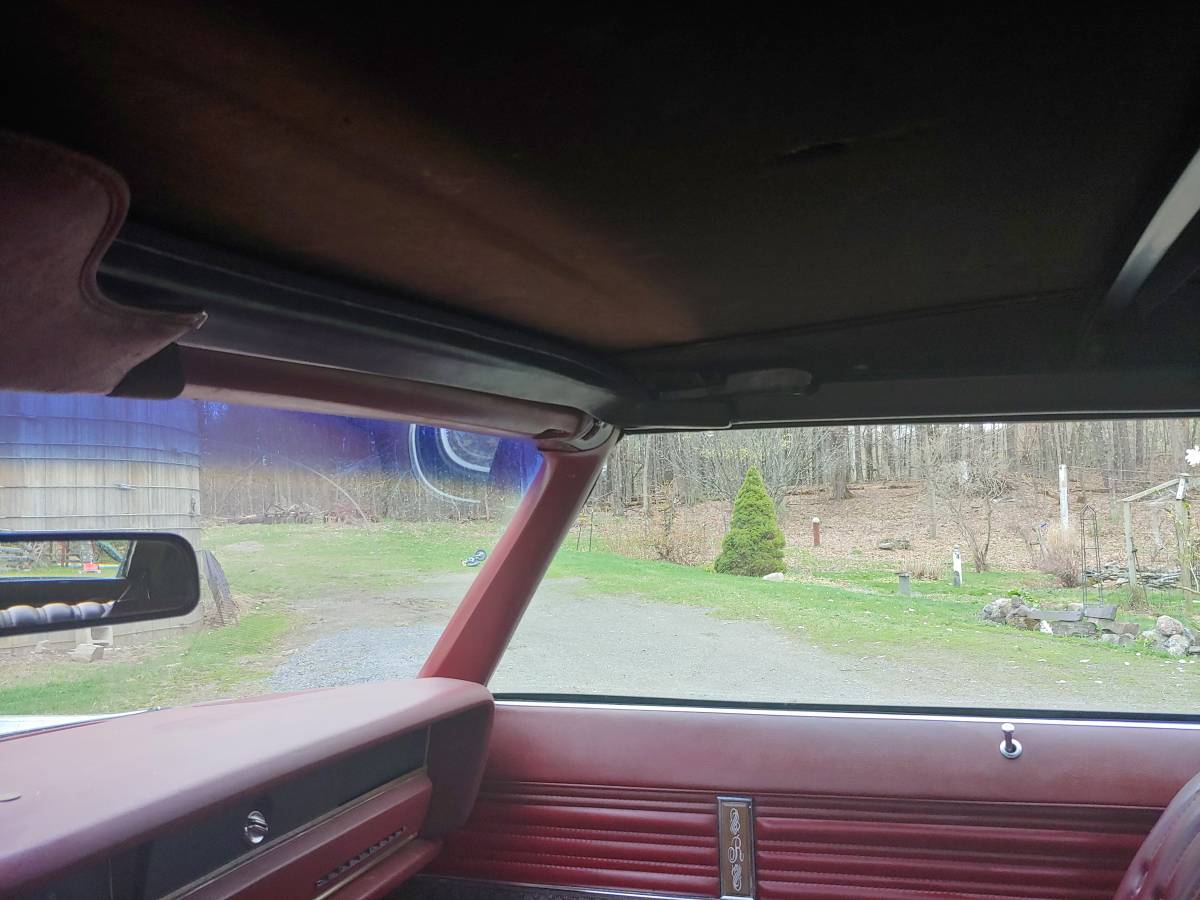 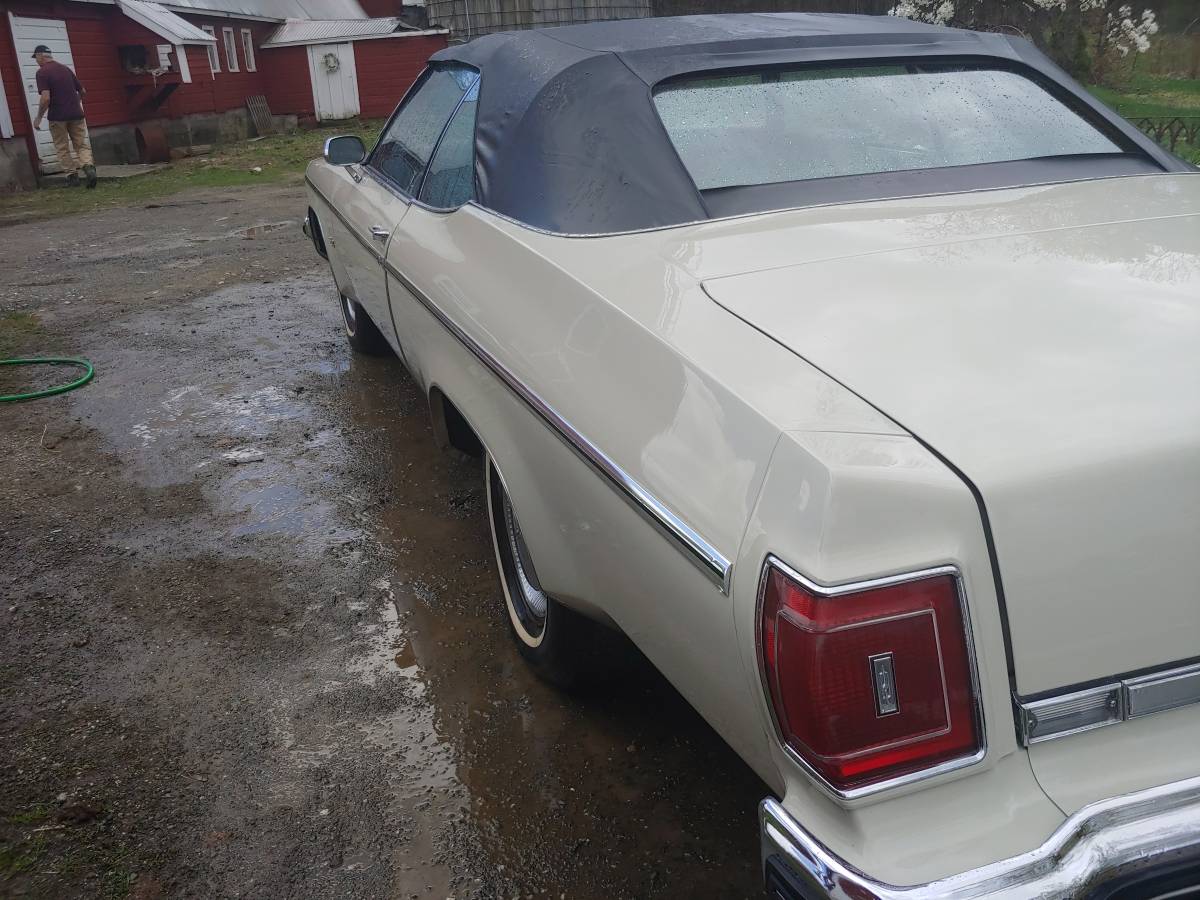 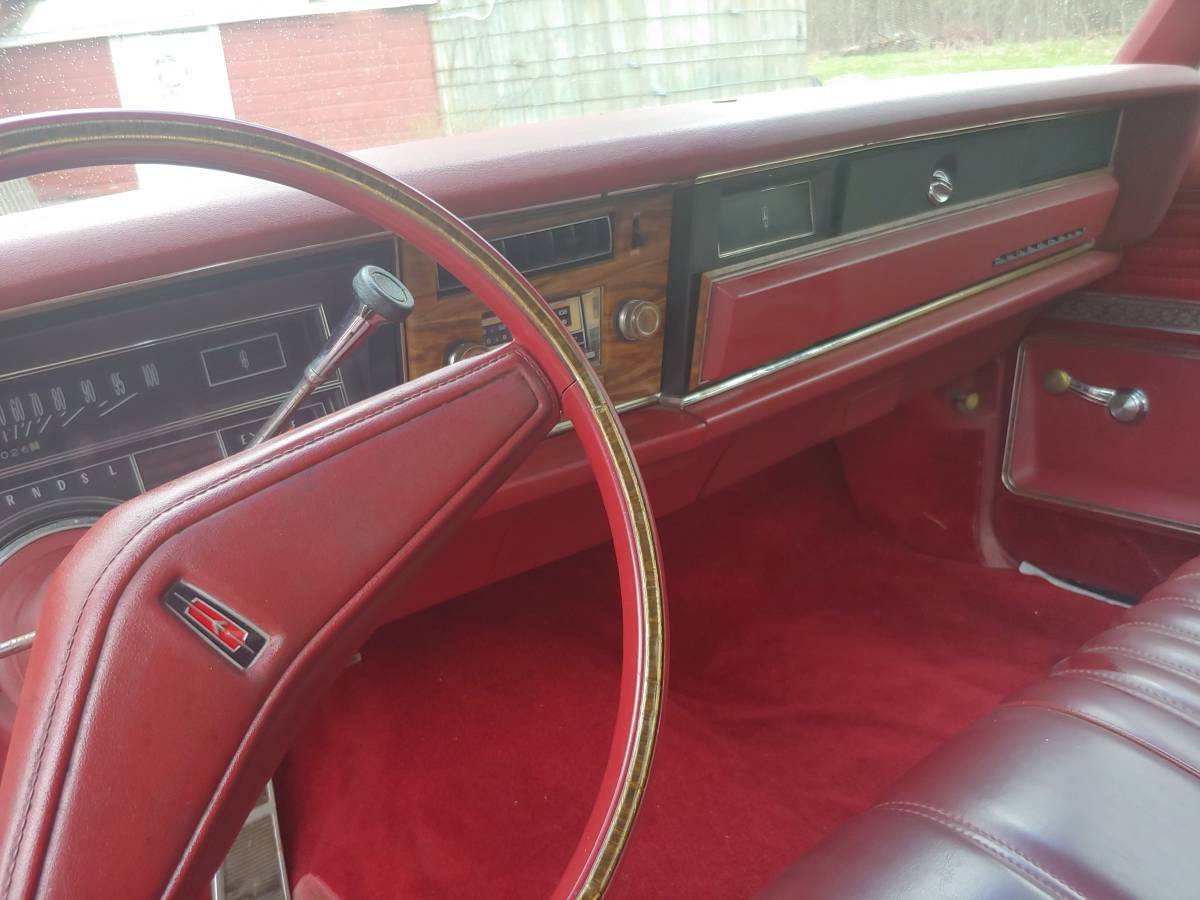 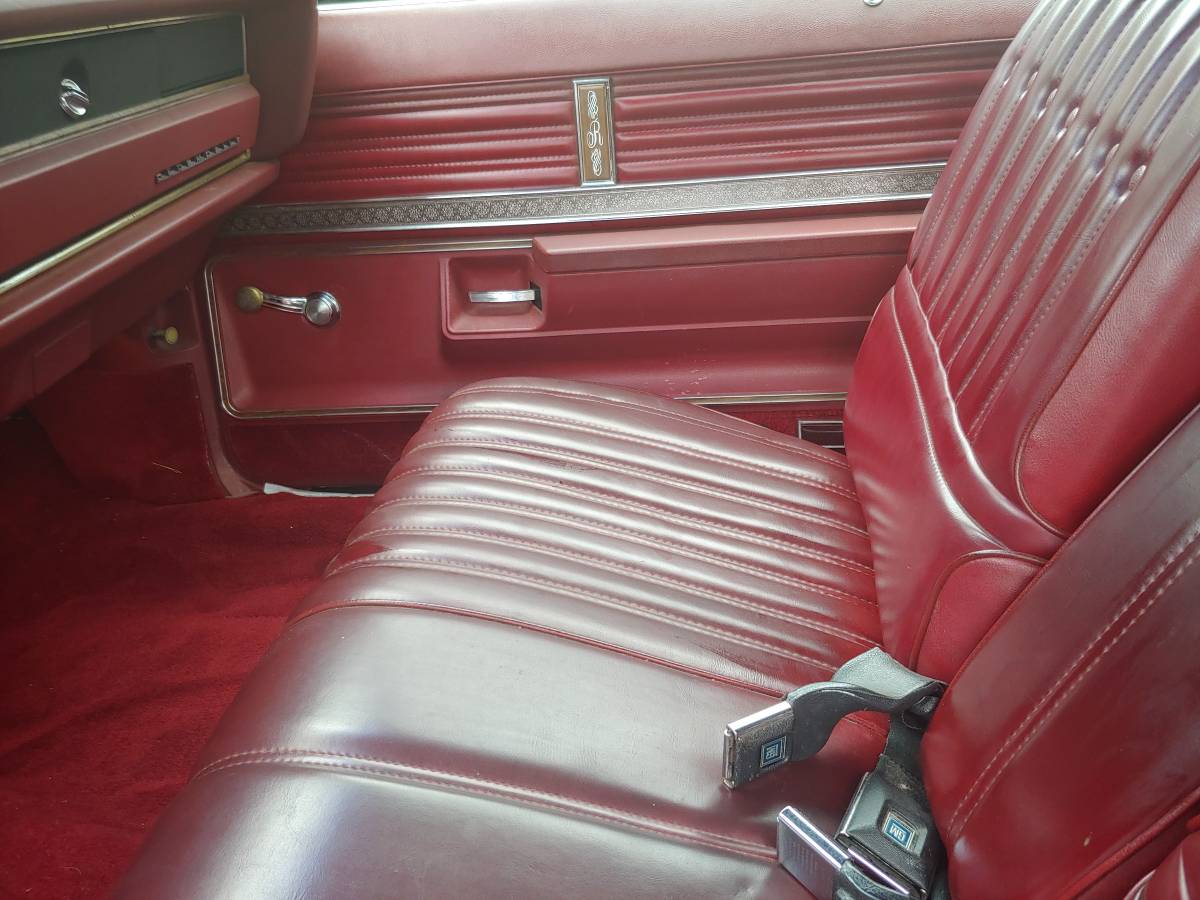 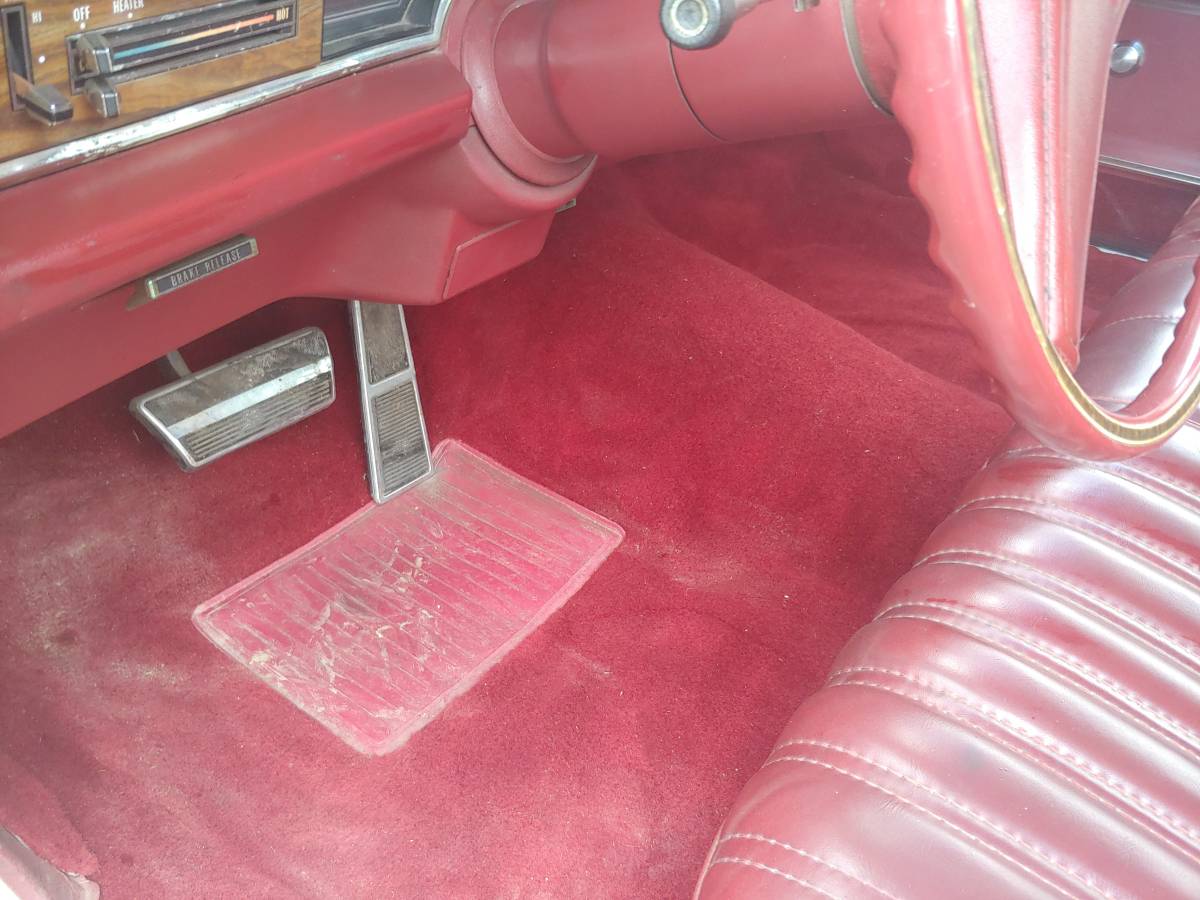 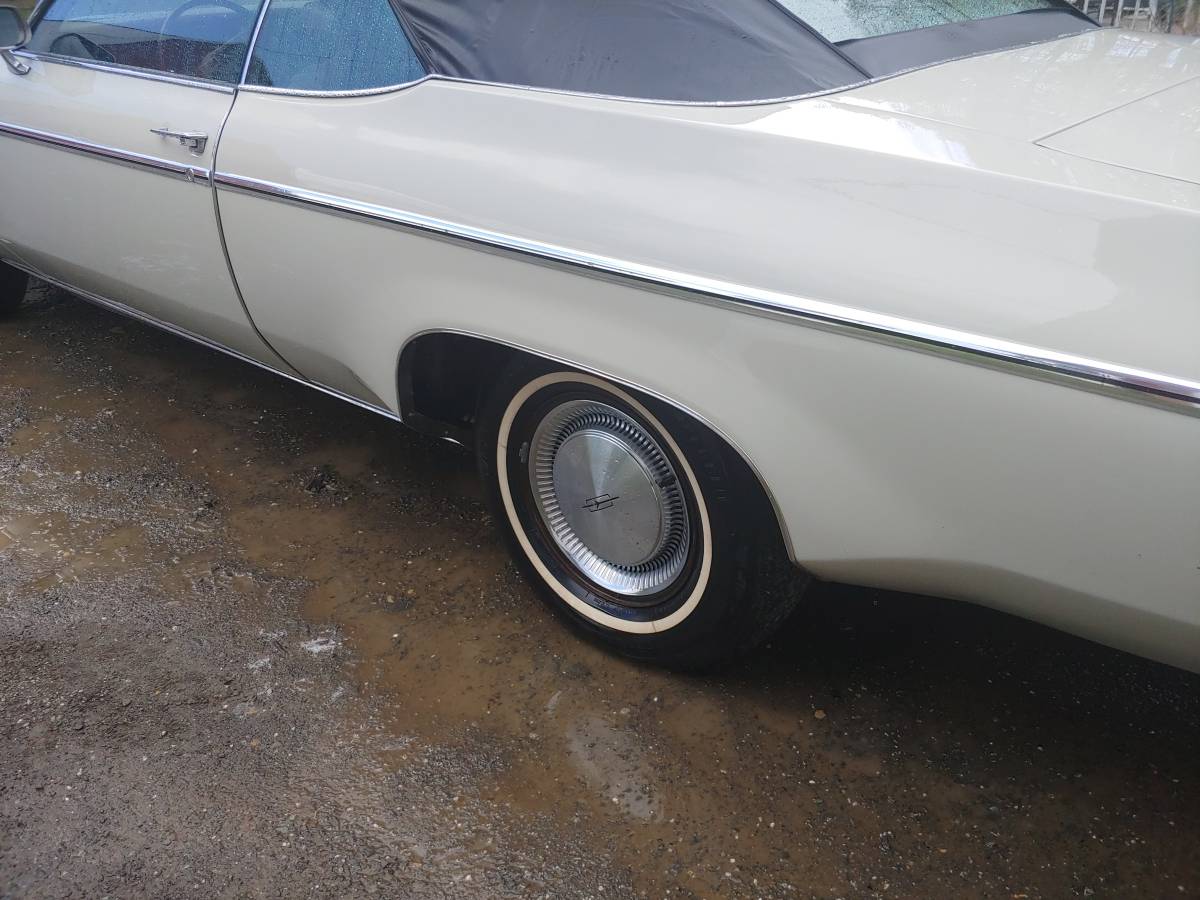 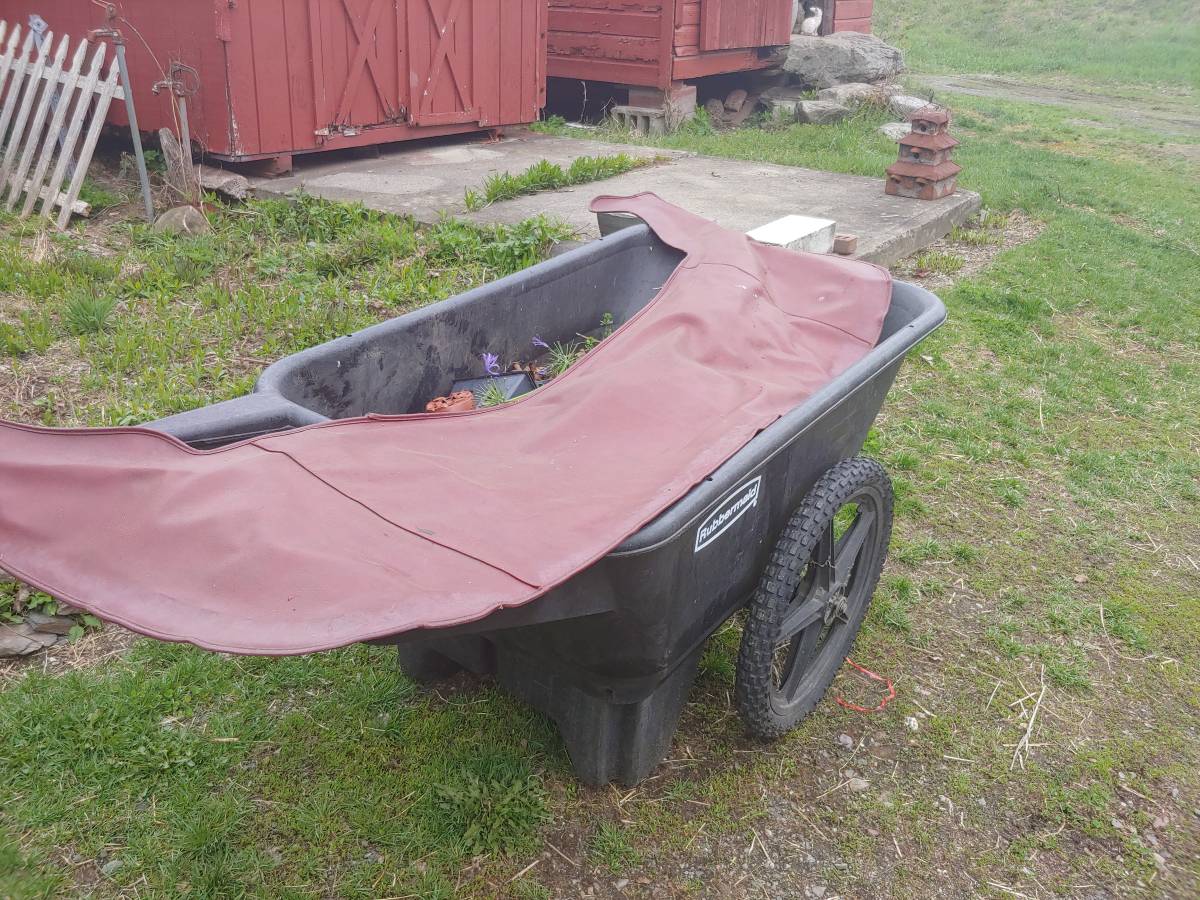 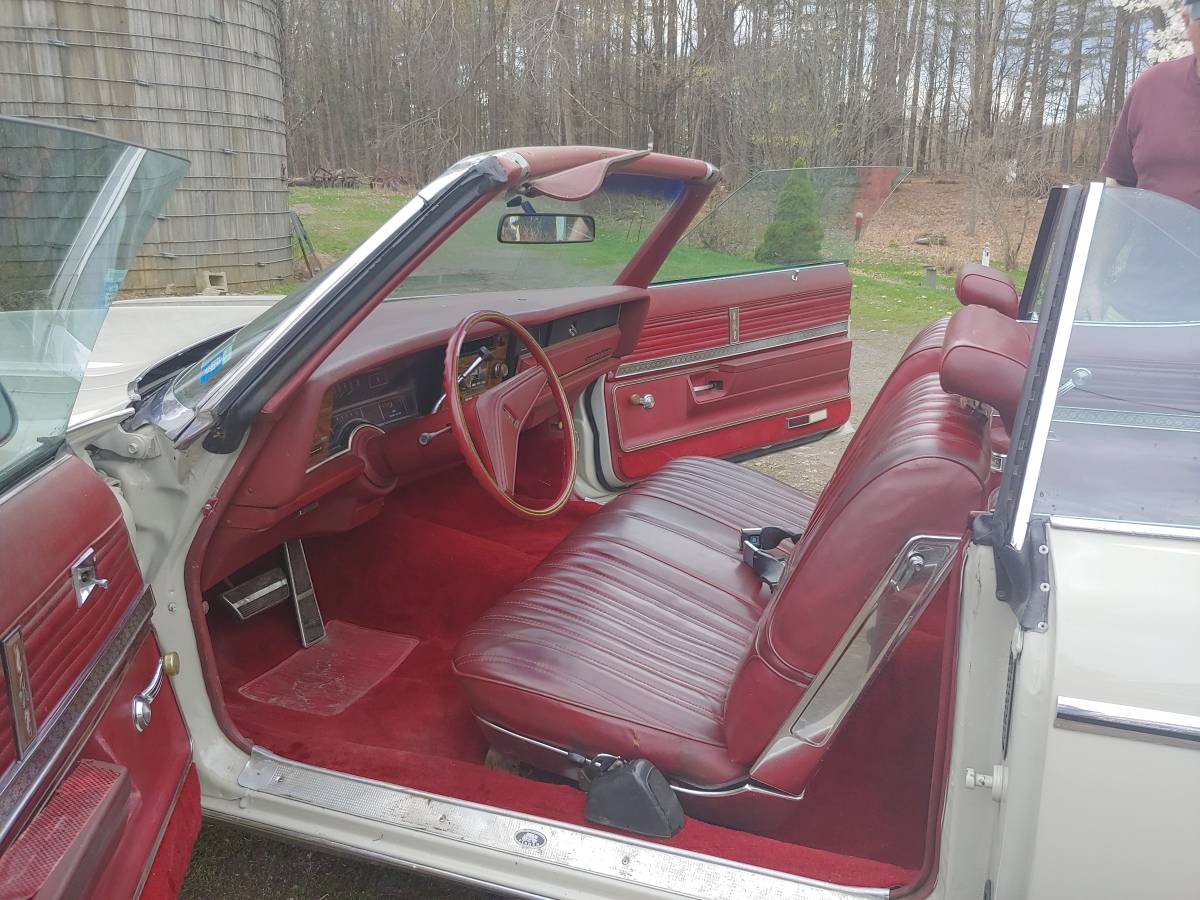 May 5, 2021 Update – we confirmed the seller of this Oldsmobile “Classifind” deleted their listing, so we’re now able to call this one “SOLD!” While this one got away, please reach out either by email or call Rudy directly if you’d like to be informed when we come across something similar.

1975 marked the final year for all remaining GM convertibles save for Cadillac’s Eldorado.  By this time, Oldsmobile’s sole offering was the Brand’s Delta 88 Royale convertible, a prime example of which was originally listed on Craigslist in April 2021 in Greenwich, New York for $12,500. Reported to have a fresh Dove Gray paint job, comparing the asking price against the Hagerty Insurance Online Valuation Tool confirms the private seller has their Delta 88 priced one hundred dollars less than this guide’s #3 “Good” estimate of $12,600.  However, we found the  Collector Car Market Review Online Tool indicates the asking price is a bit more optimistic, falling between this guide’s #2 “Very Good” estimate of $11,000 and its #1 “Excellent” appraisal of $16,550 before deducting ten percent for this car not being equipped with factory air conditioning.

Oldsmobile launched the seventh generation of its popular full-size Delta 88 as its version of GM‘s restyled and enlarged B-body full-size cars for 1971 which continued to ride on a 124-inch wheelbase.  In 1973, the Delta 88 Royale became the sole convertible offering as the new-for-1973 Cutlass Supreme line switched to GM’s new Colonnade style hardtop.  Like all early seventies GM B-Body convertibles, this Delta 88 features a unique “scissor-top” frame that folds inward rather than on top of itself.  This unique design allowed the use of the same width seat as the similar hardtop models.

Detail changes for 1975 included revised grilles and taillights along with new rear quarter windows for pillared and Holiday sedans – the latter’s design similar to an opera window in September 1974. The same assortment of 350 and 455-cubic-inch Rocket V8s continued to be offered along with a one-year-only (and seldom-ordered) option of a Pontiac-built 400-cubic-inch V8 with a two-barrel carburetor rated at 170 horsepower. All engines were hooked up to a catalytic converter that not only mandated the use of unleaded gasoline but also spelled the end of dual exhaust systems. 1975 was the final year for the Delta 88 Royale convertible, the last of which was built on July 11, 1975. Oldsmobile built approximately 7,200 Delta 88 Royale convertibles for 1975 as the GM Division made a concerted effort to target the convertible buyers with it. The headline on a print ad for a 1975 Olds Delta 88 Royale convertible stated, “Today a beautiful Olds convertible. Tomorrow, a collector’s item.” The featured car in the ad was a red Delta 88 Royale rag top.

The private seller does not mention what engine their 88 is equipped with nor do they provide any pictures of it, so we’re assuming it’s equipped with the stand Oldsmobile 350 cubic inch V8.  While the top’s exterior is presentable, now that the car features a fresh paint job, we would likely opt for a new top to really help set this car off. Otherwise, we love the fact this Delta 88 appears to be bone stock equipped with minimal options.

Show or go: what would you do with this freshly painted Oldsmobile?  Comment below and let us know! 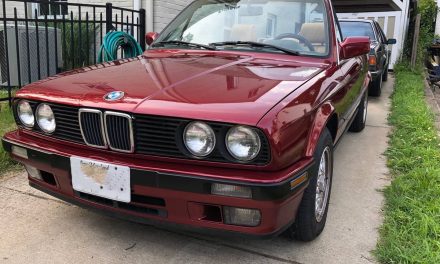 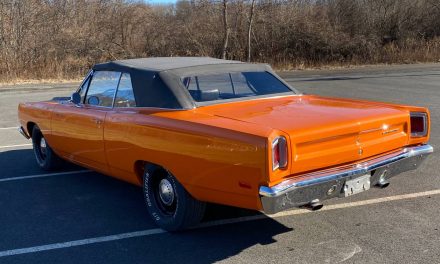 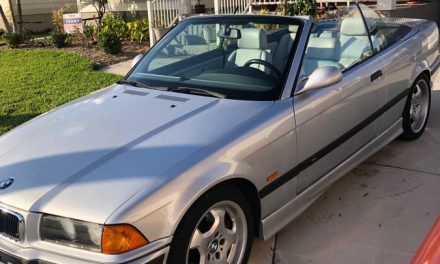