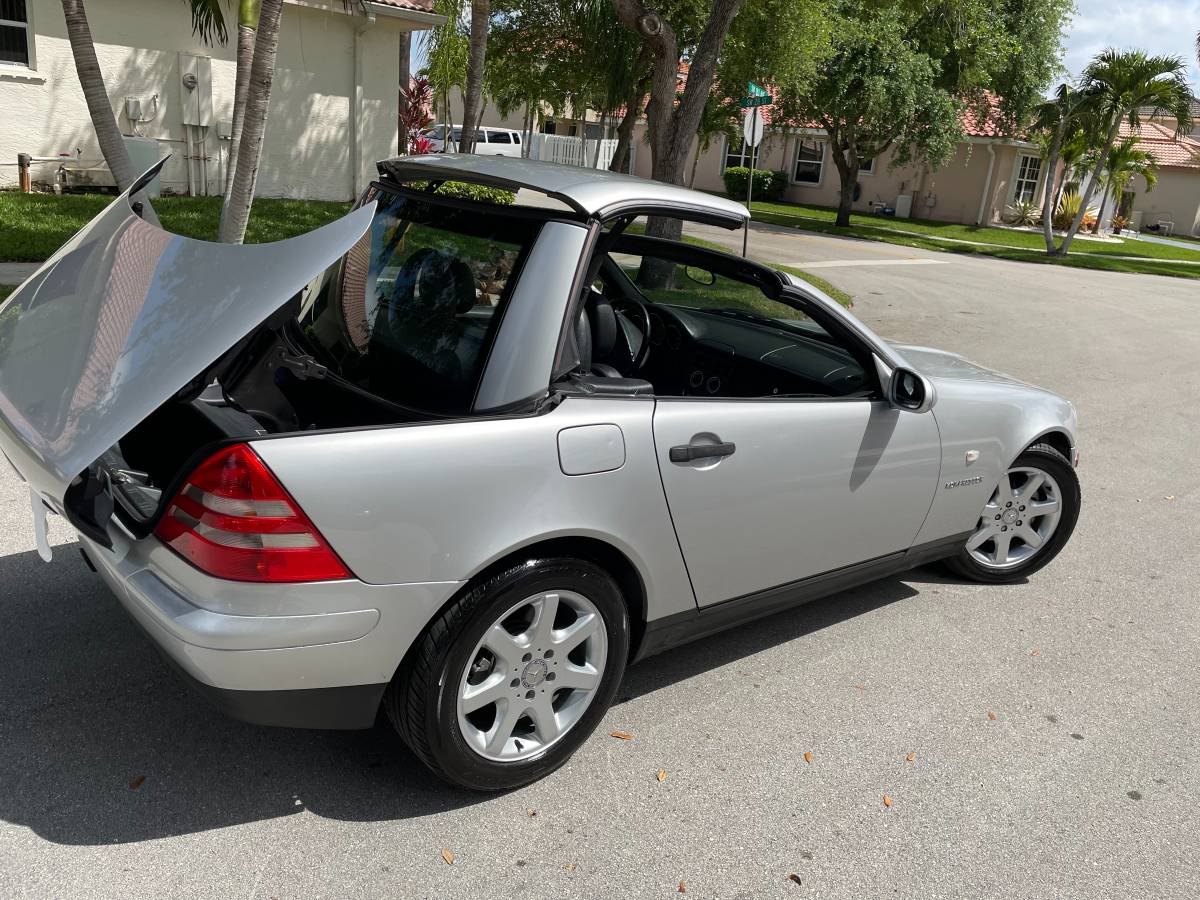 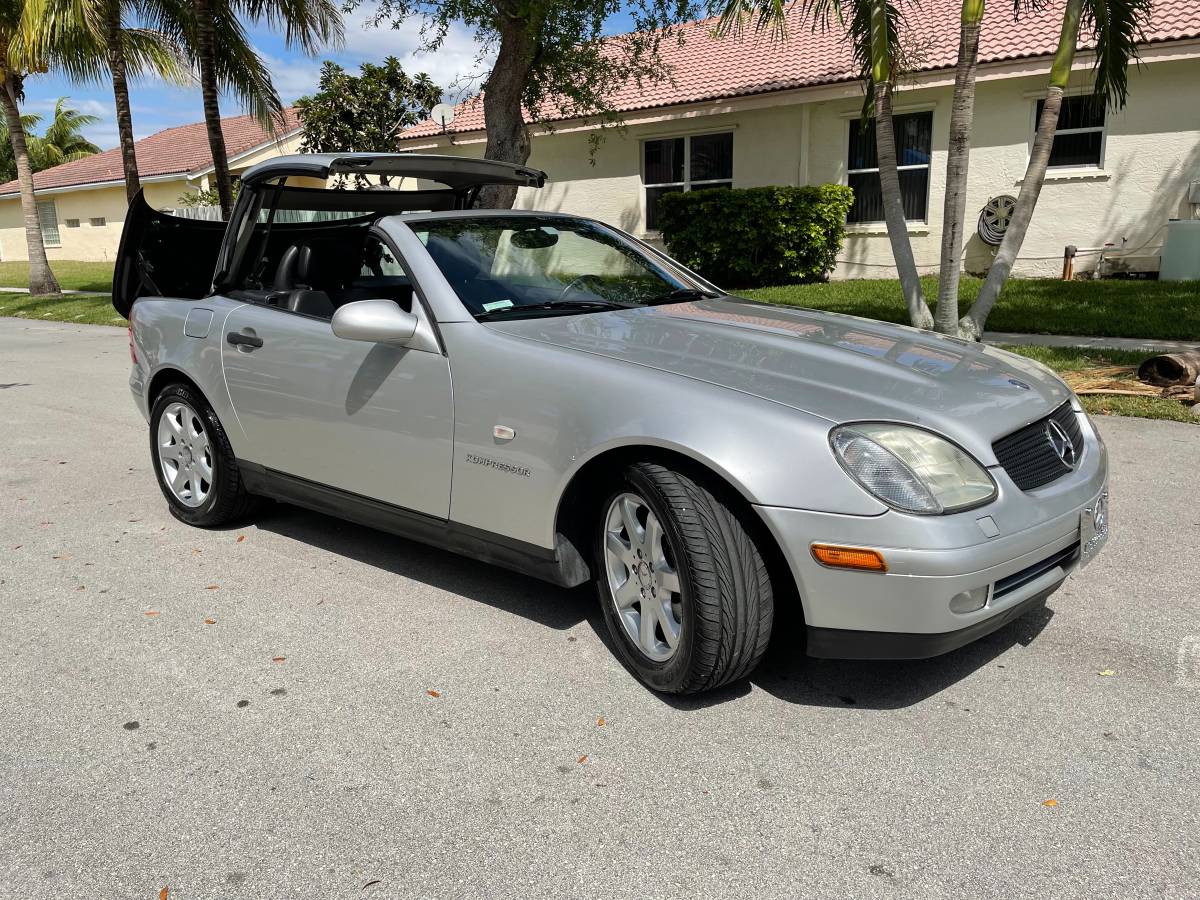 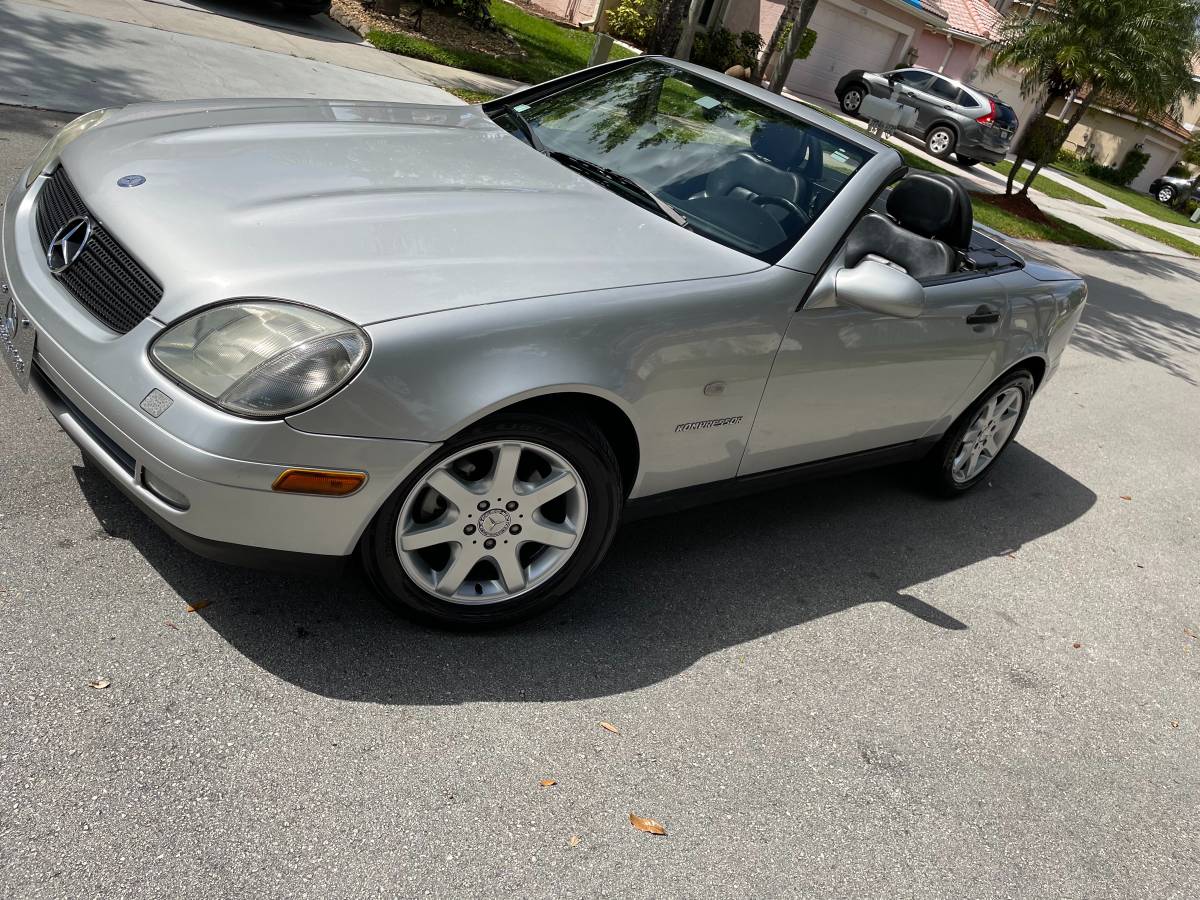 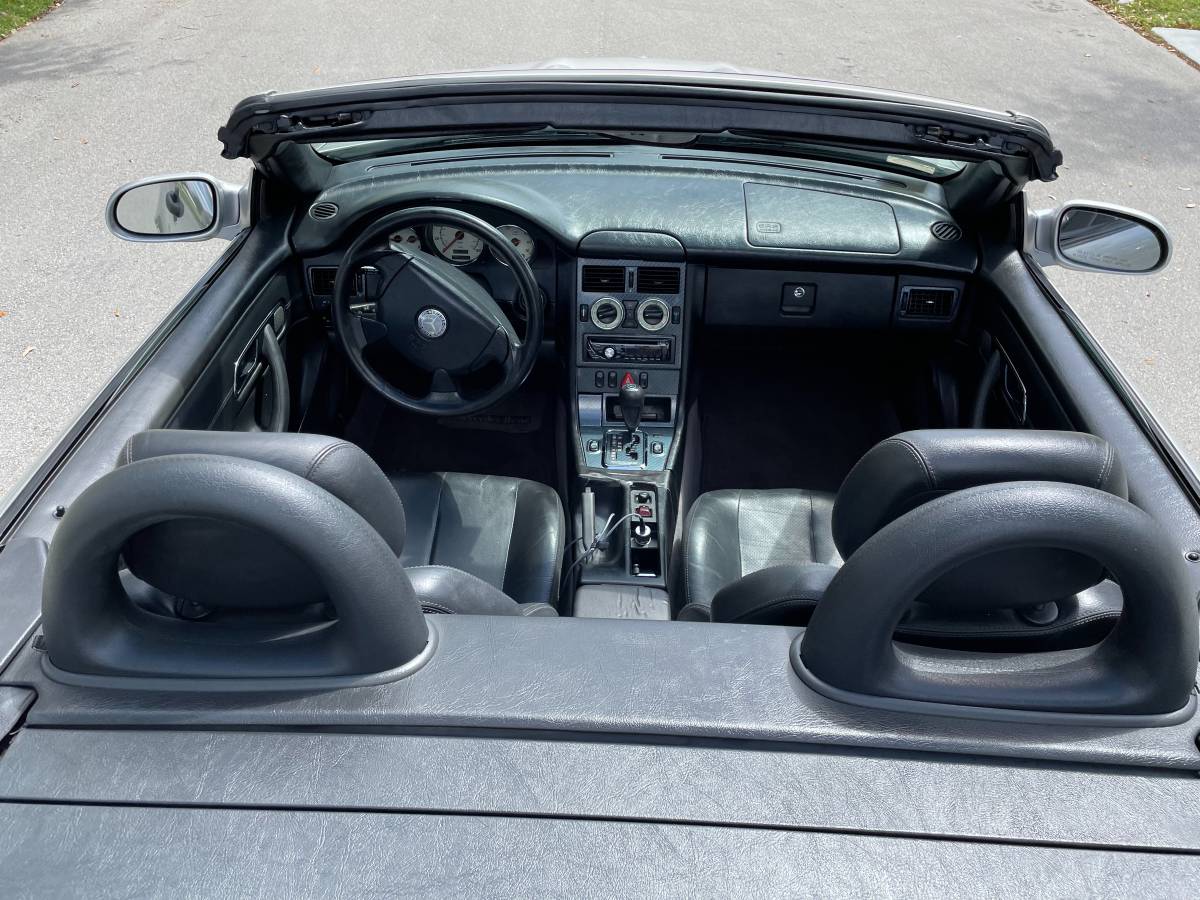 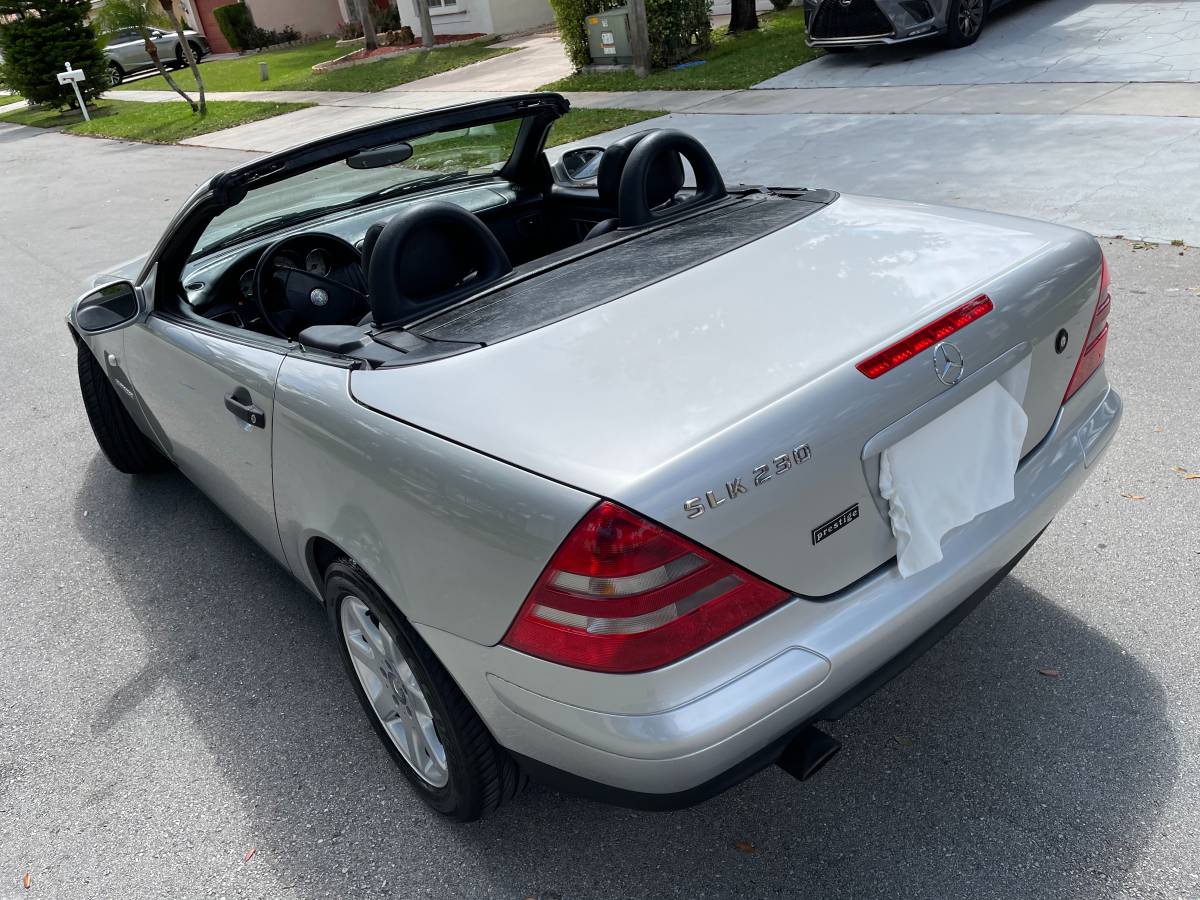 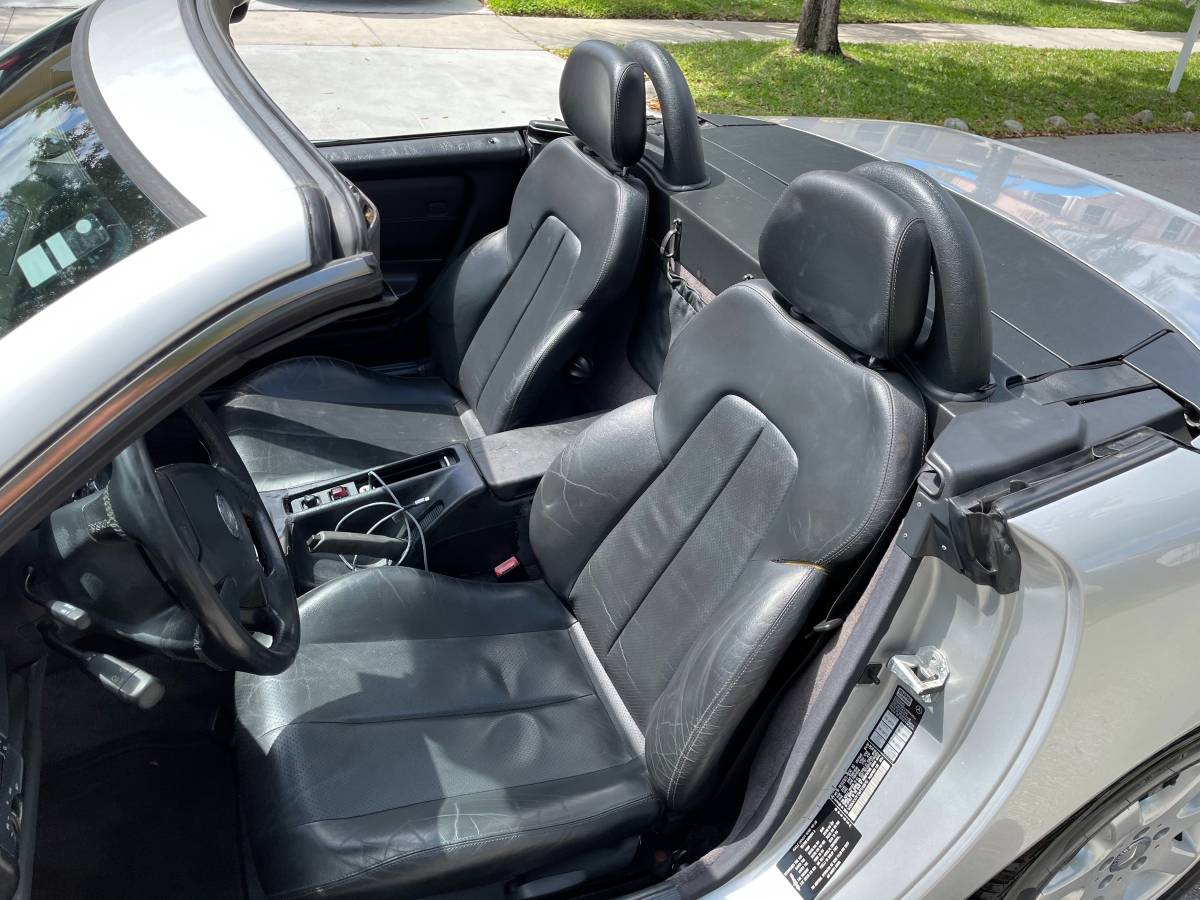 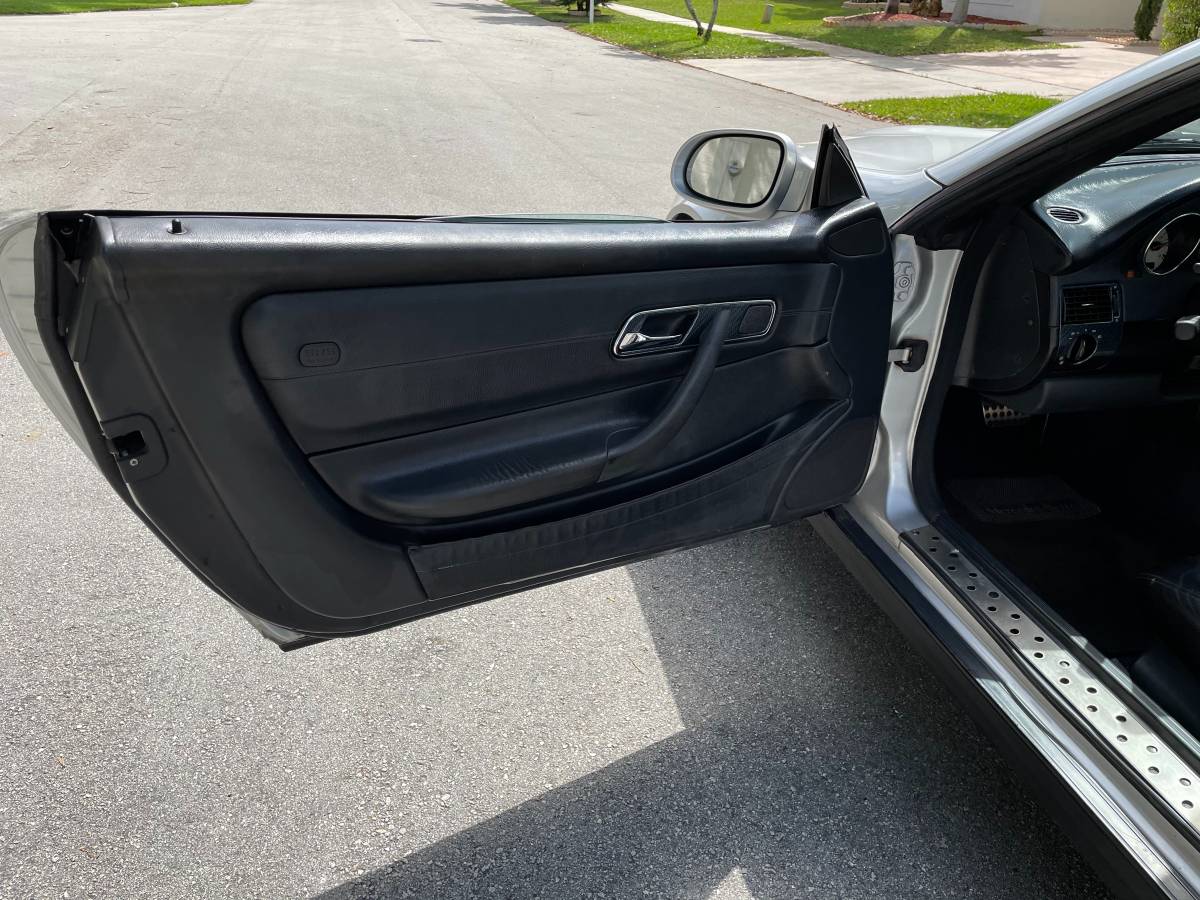 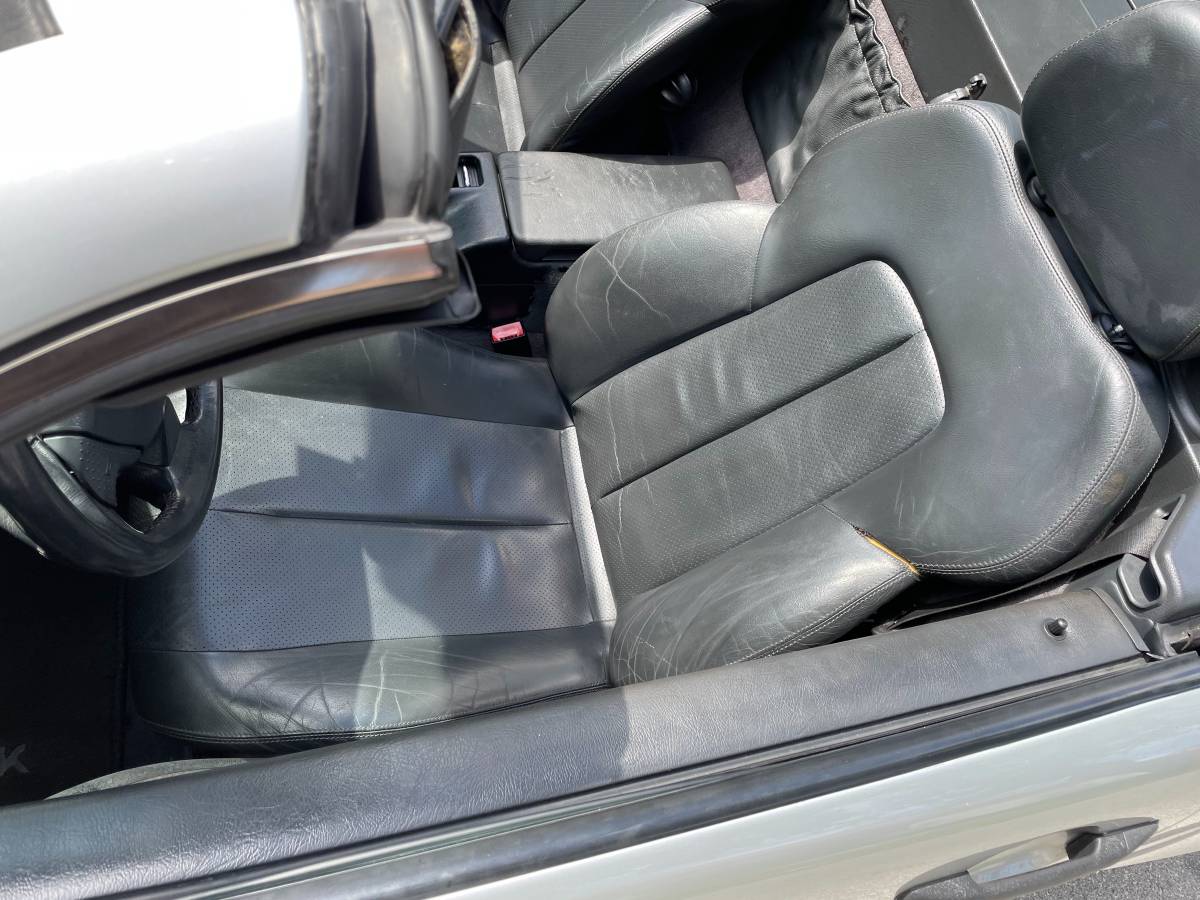 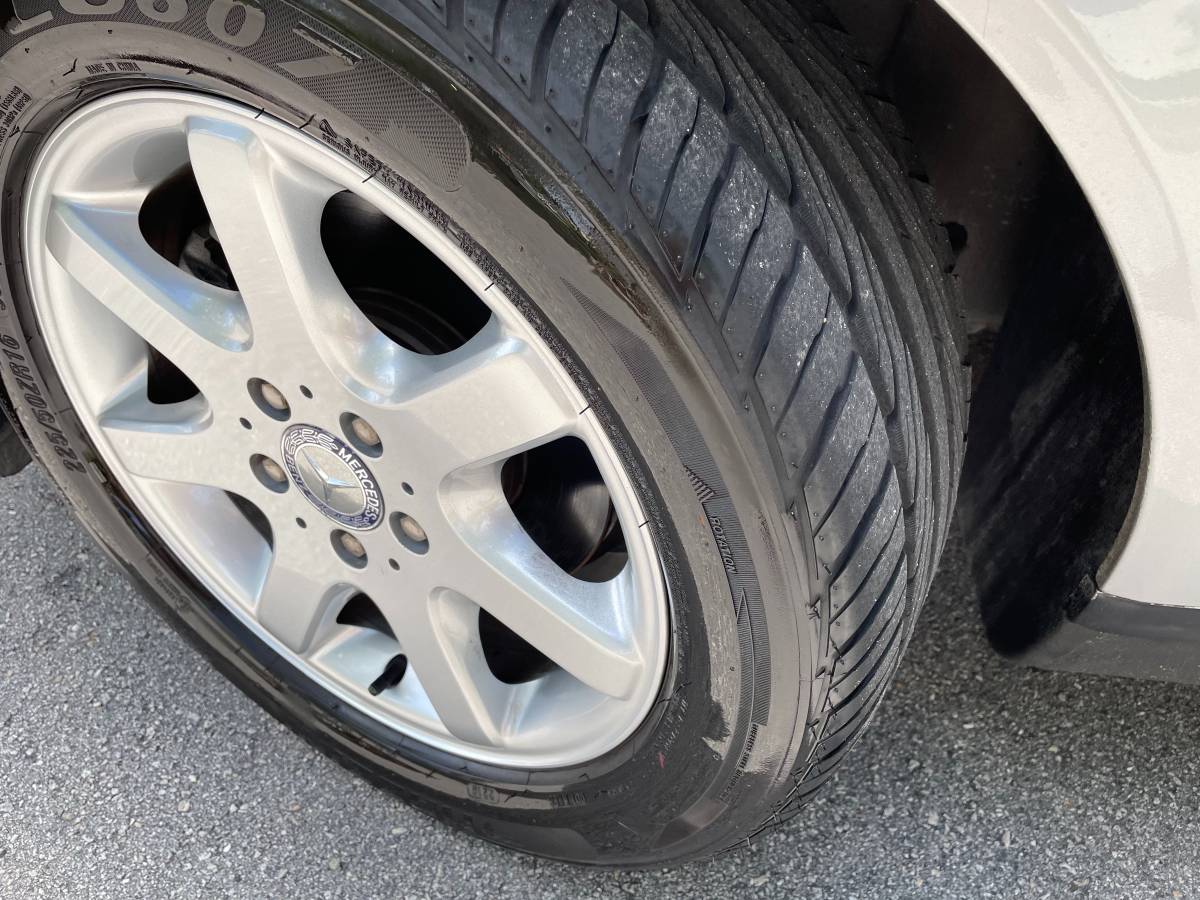 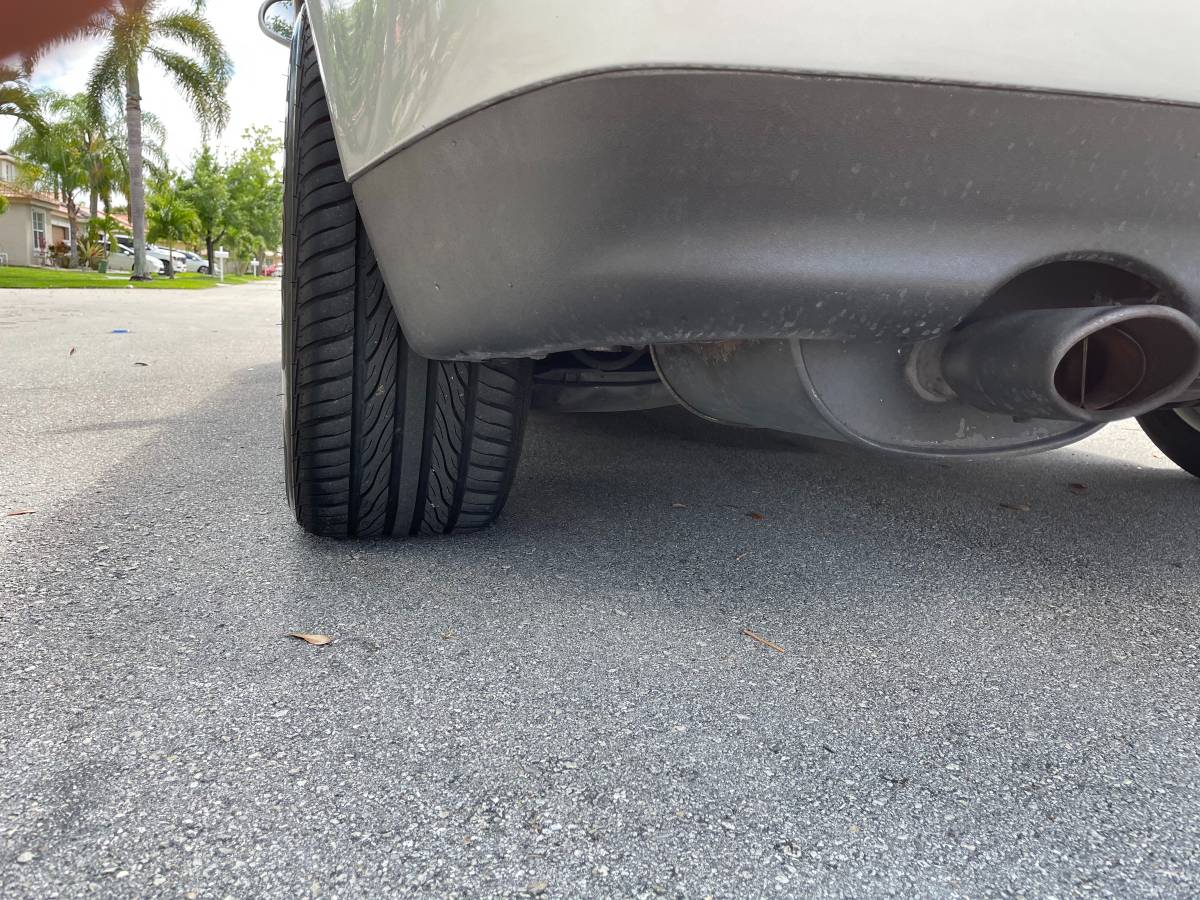 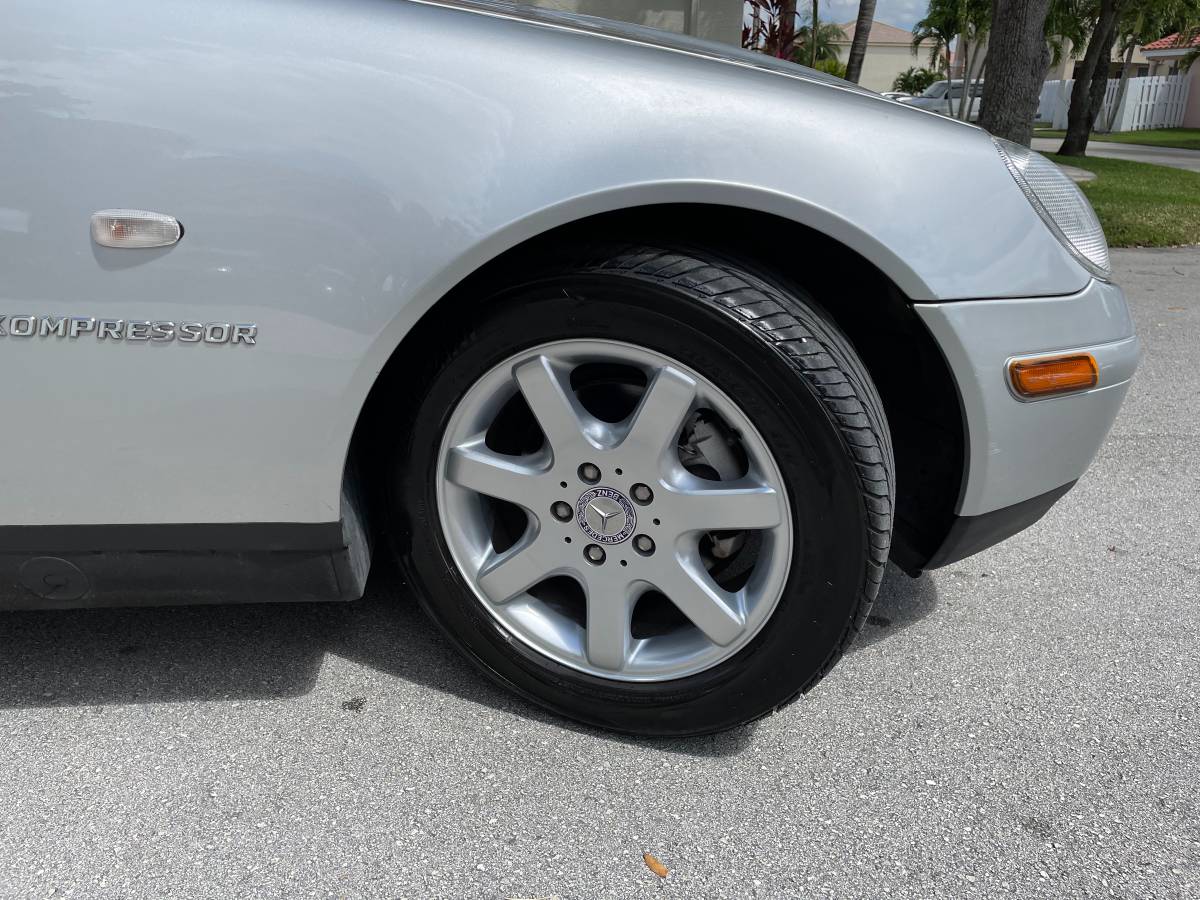 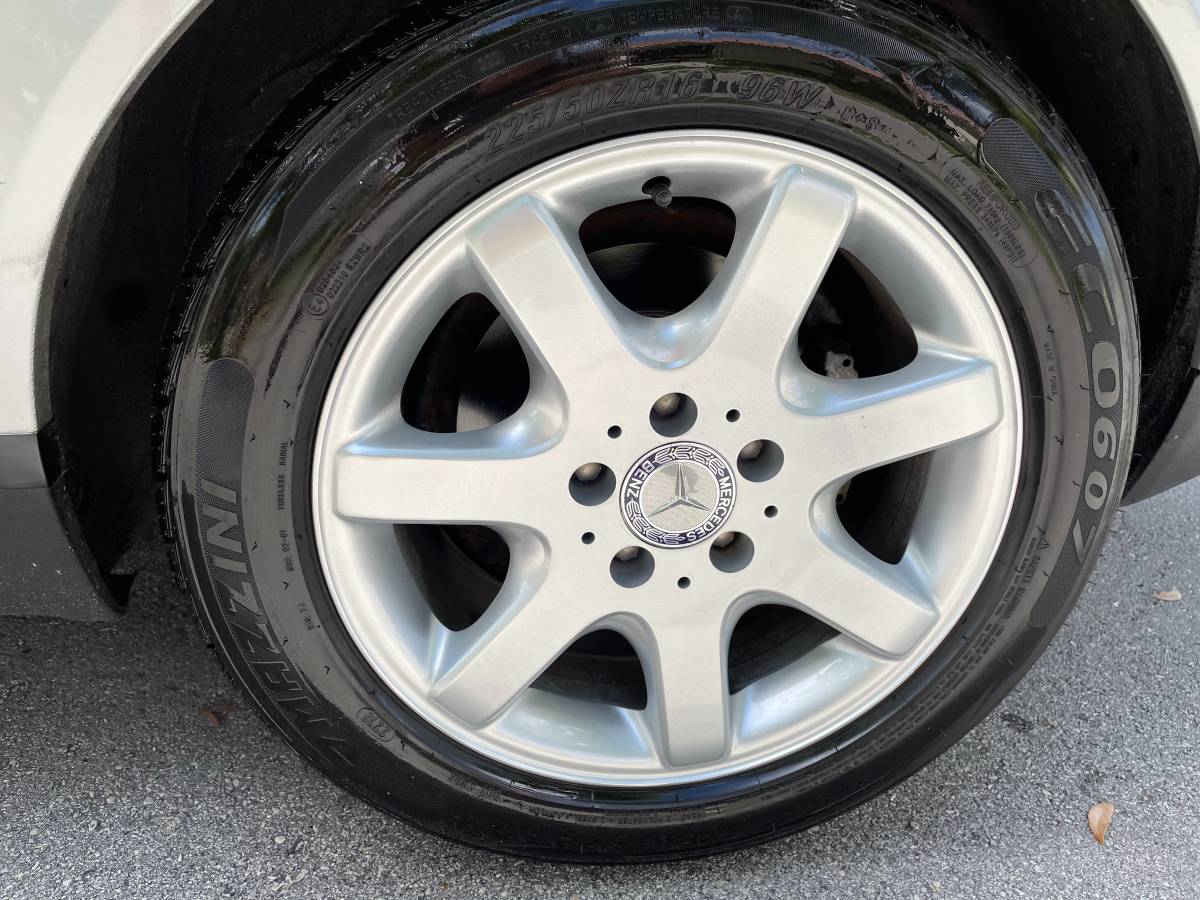 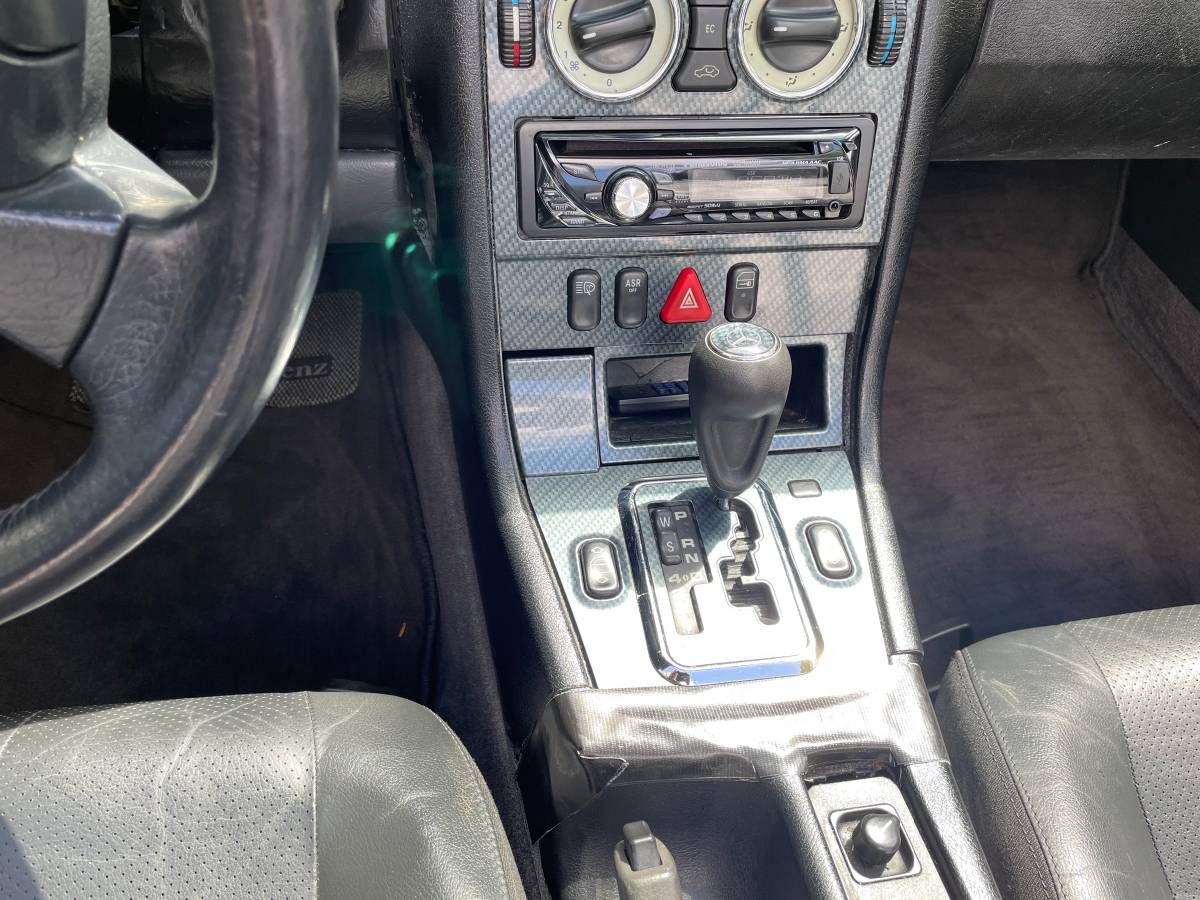 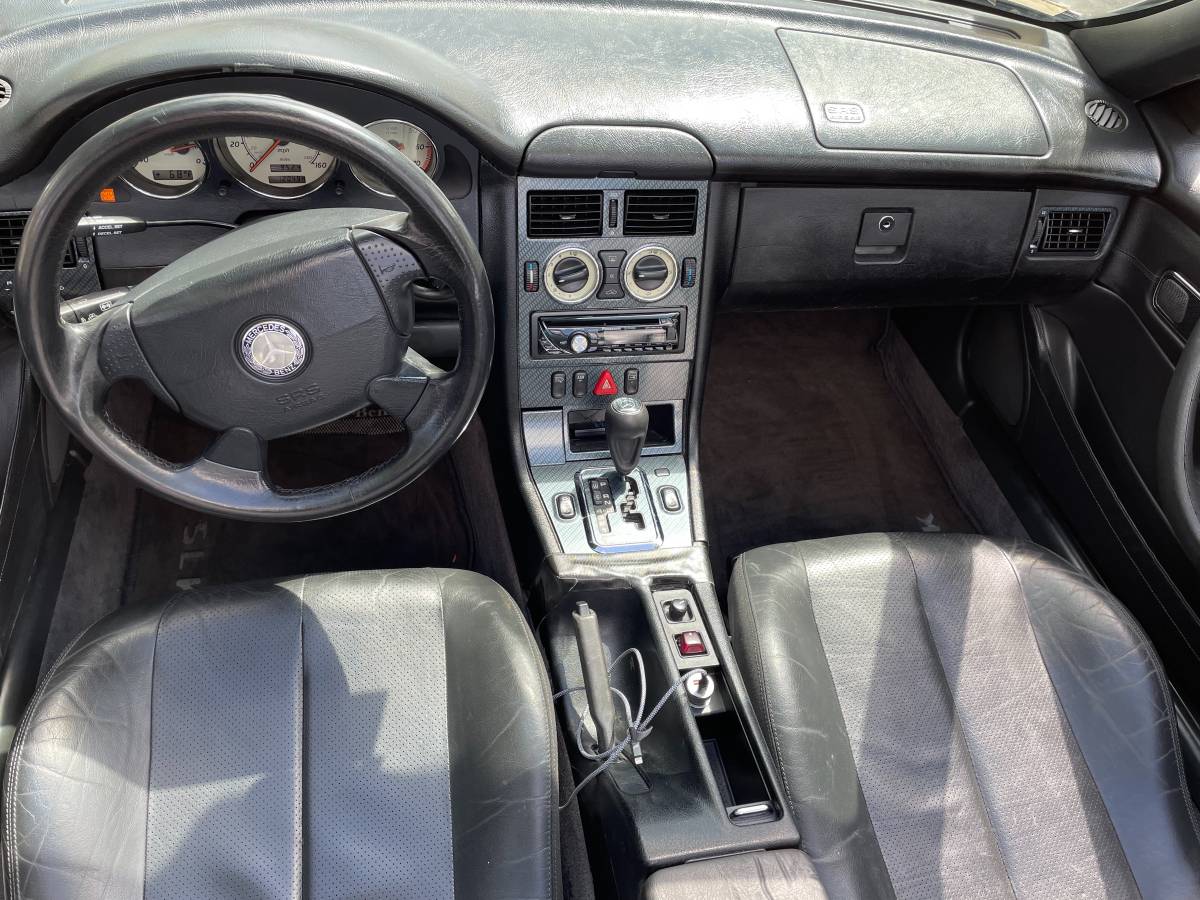 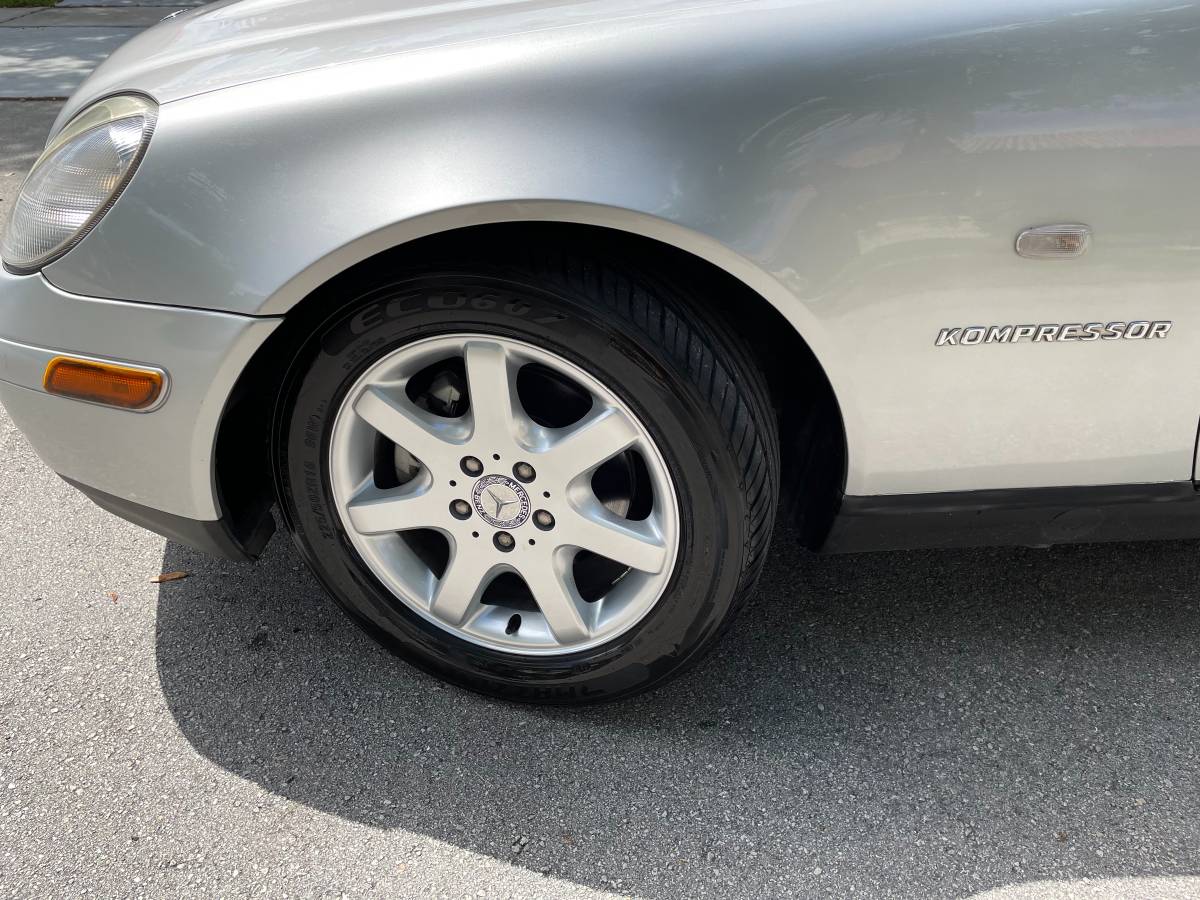 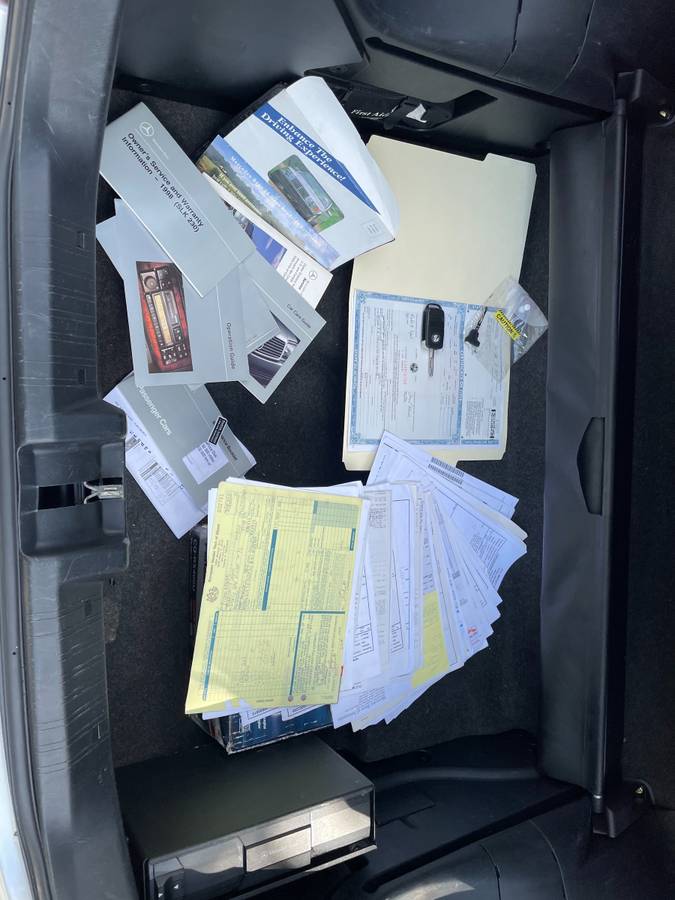 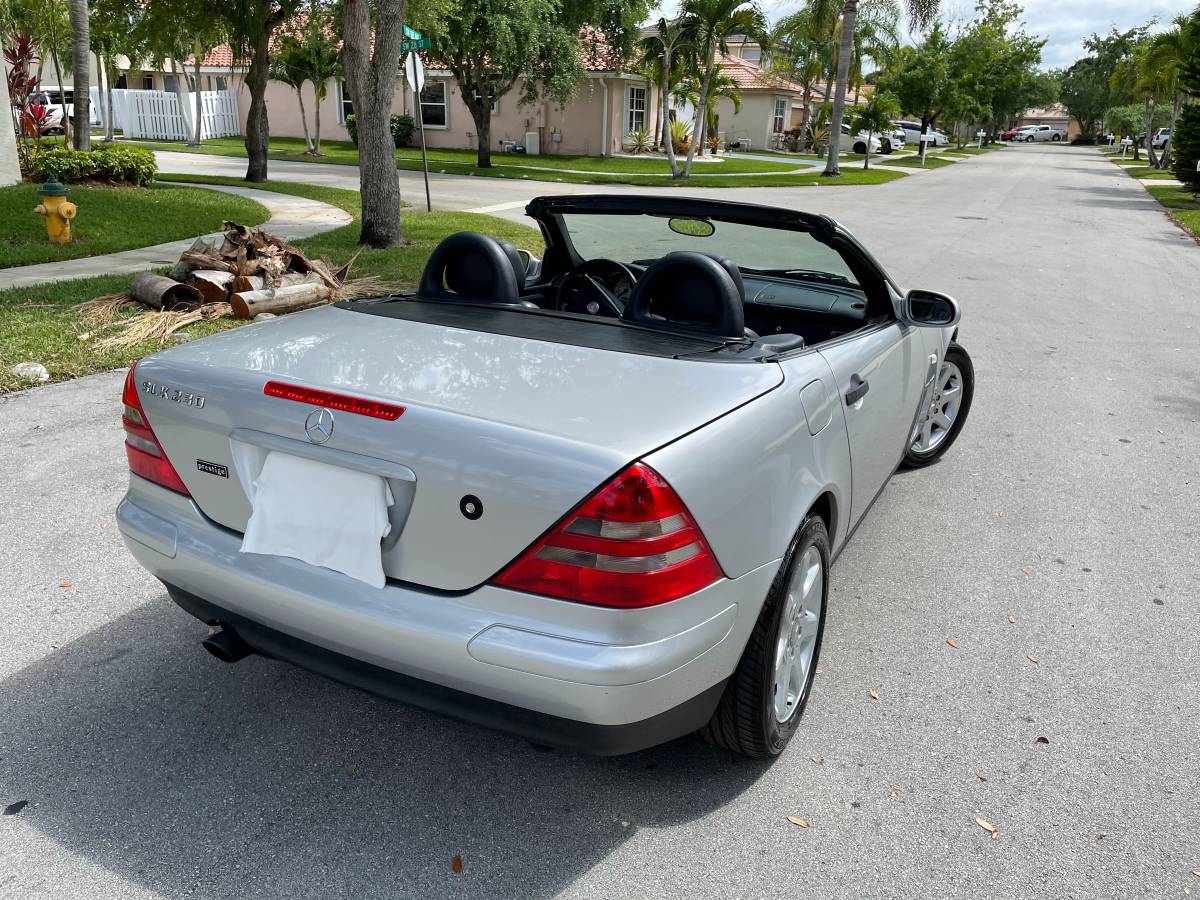 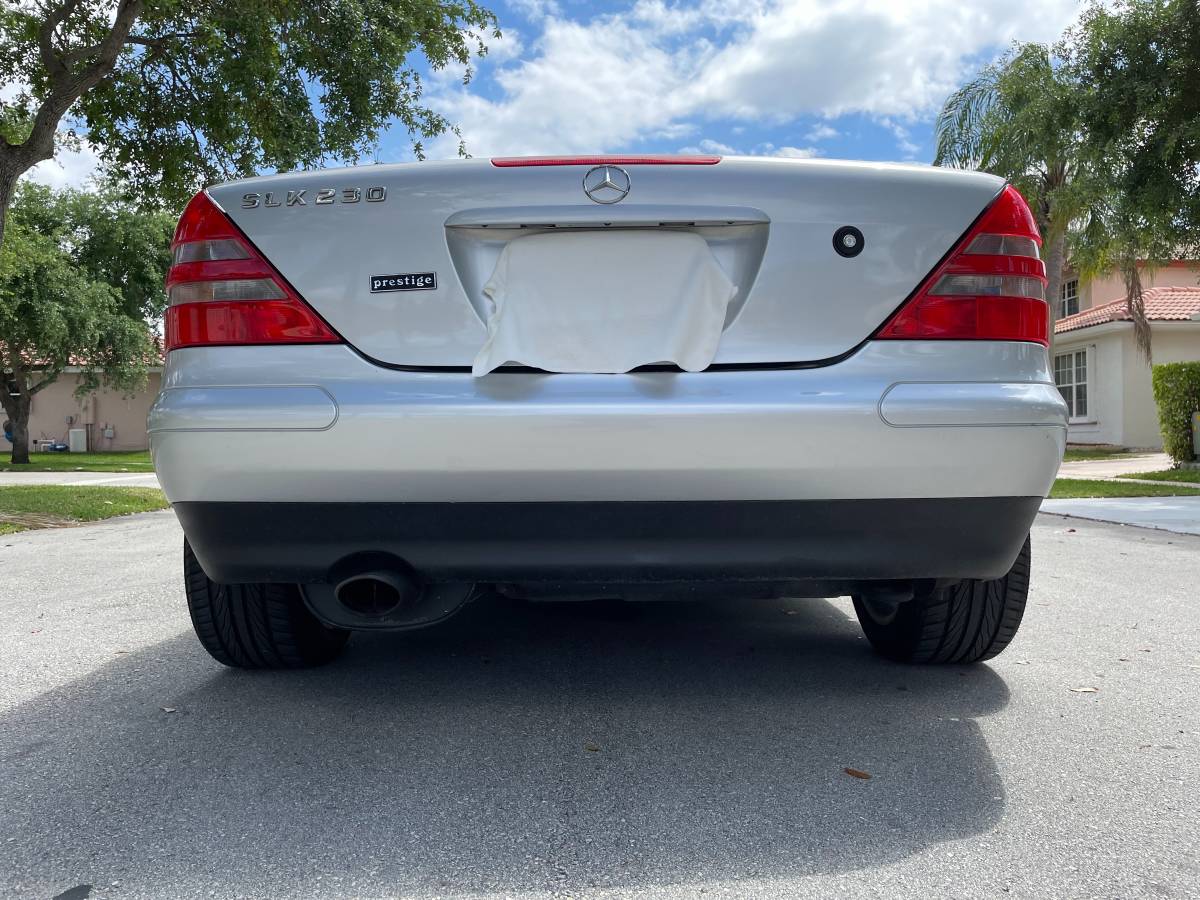 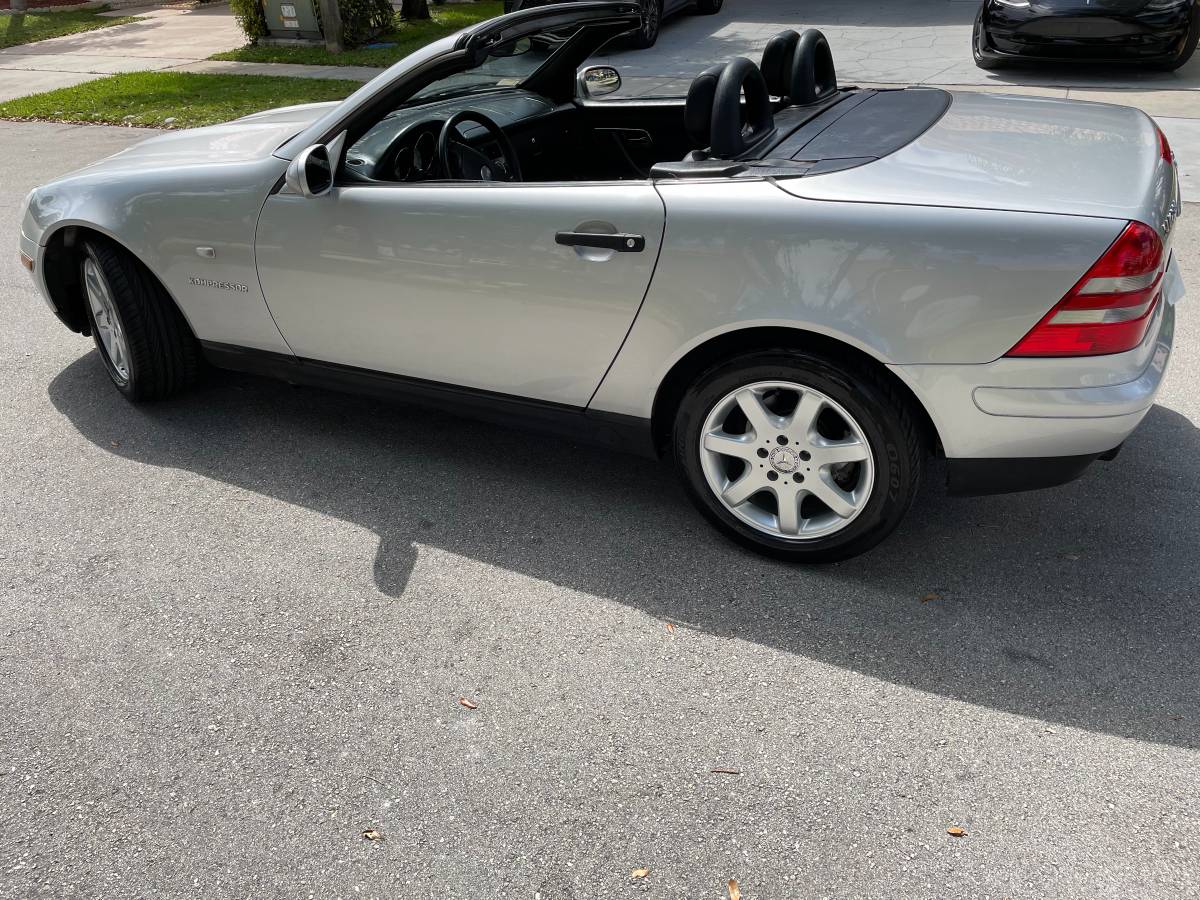 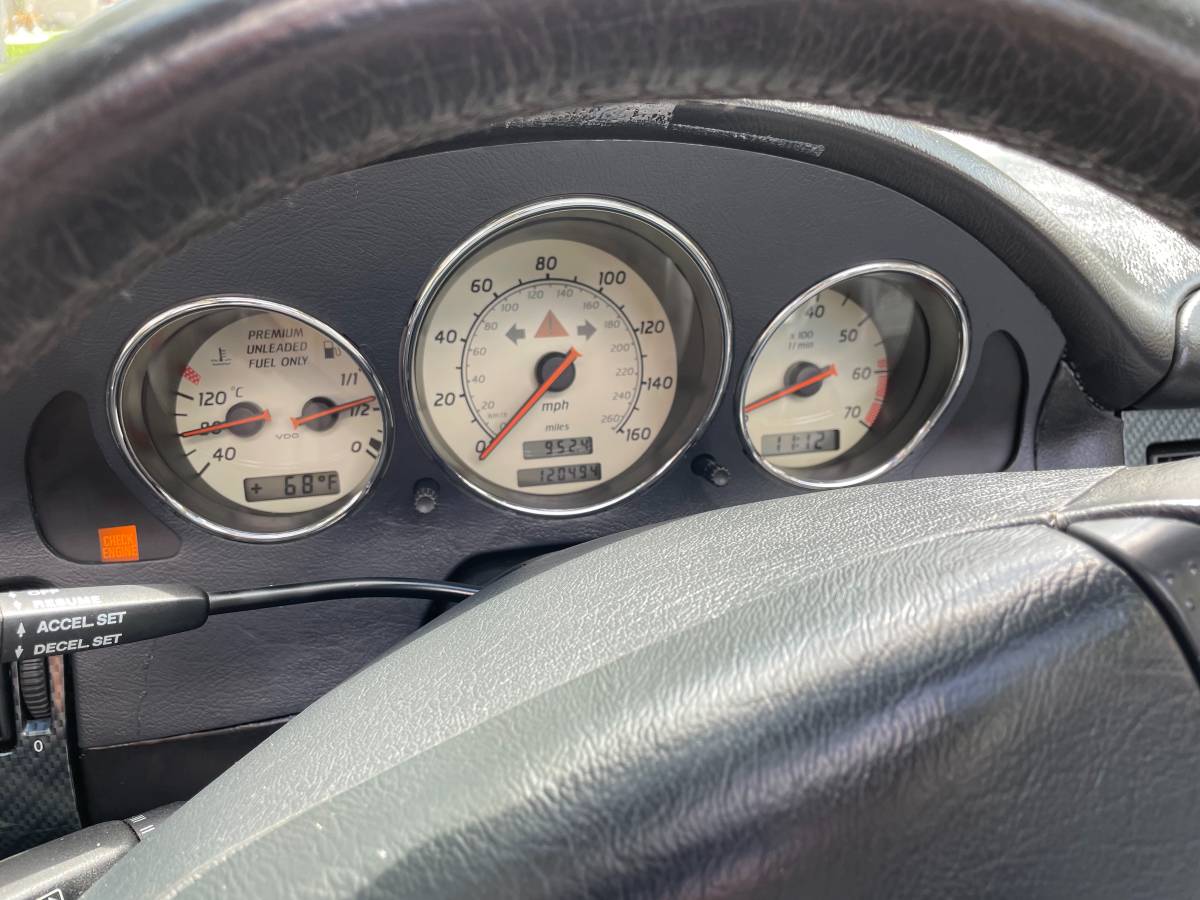 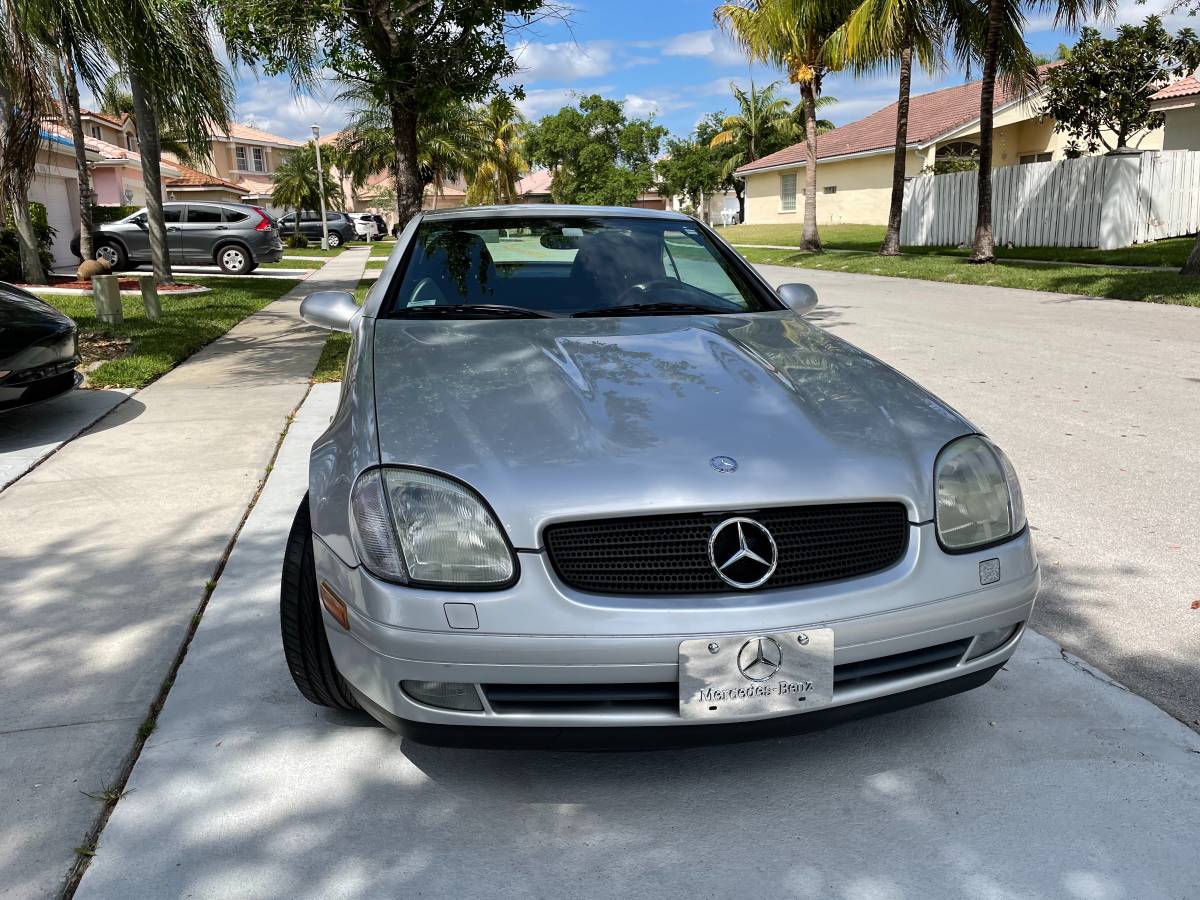 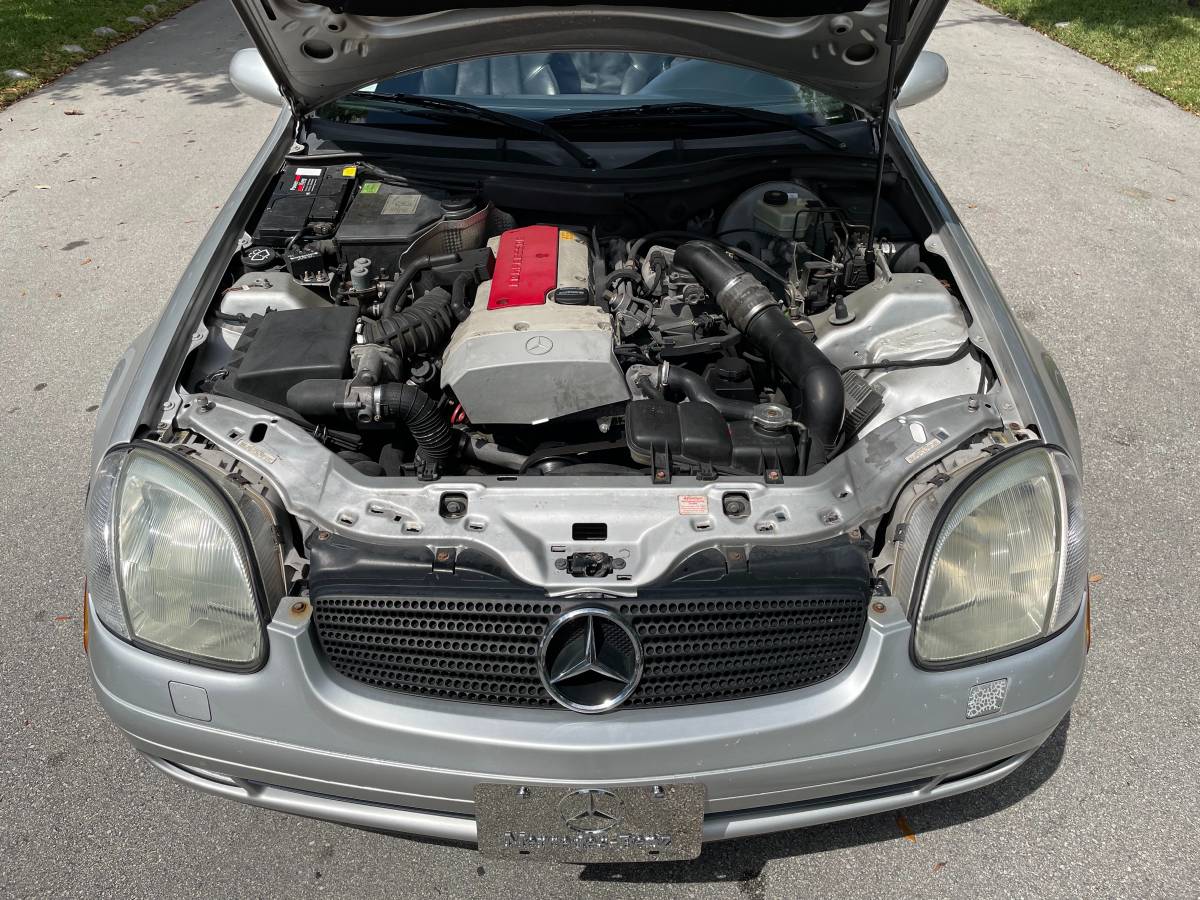 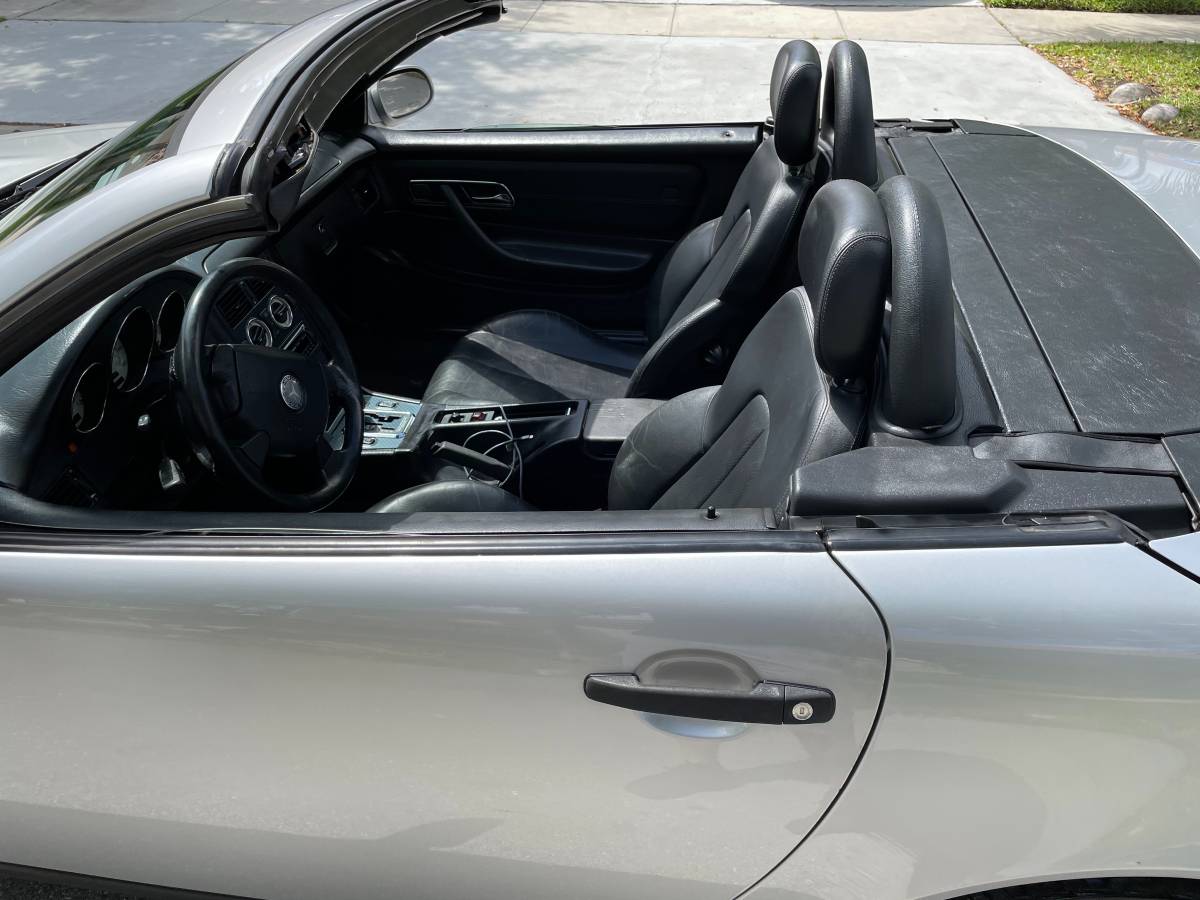 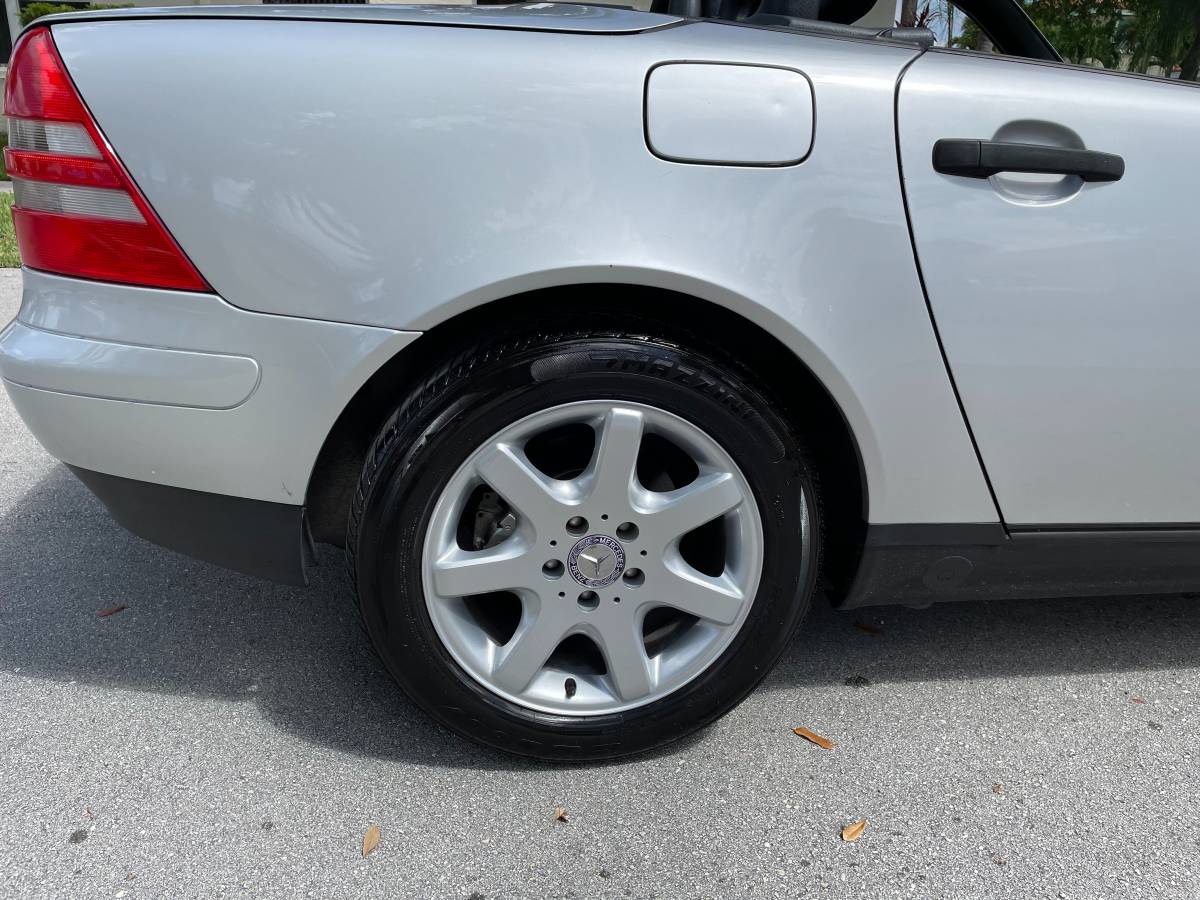 June 12, 2021 Update – We just confirmed the listing for this “Classifind” expired, so with no replacement found we’re assuming this ride “Sold?” While this one got away, please reach out either by email or call Rudy directly if you’d like to be informed when we come across something similar.

Like the Porsche Boxster, the Mercedes-Benz SLK230 began as a concept car that developed into a production model with a shocking resemblance to what was on the turnstile in draft form. Despite this, the SLK didn’t become the next 300SL Gullwing despite a huge amount of hype leading up to its debut. This means you can find darn nice examples like this one we originally featured in April 2021 from Craigslist in Pembroke Pines, Florida with loads of recent maintenance including rebuilt power top hydraulics for $6,500.  Comparing this price against the Hagerty Insurance Online Valuation Tool confirms this private seller has priced the convertible fairly, as a “Good” condition model is currently valued at $7,400, trending down to $5,000 for one in “Fair” condition.

While every generation is nostalgic about 20 years ago, the early to mid-90s car scene just seems like a golden era in automotive history. The country as a whole was brighter, years away from the scourge on society that social media would become, and while there were international conflicts, all of that seemed quite far removed from daily life in America. By the same token, manufacturers just seemed less likely to be overly cautious when producing road-going vehicles based on far-flung concepts used at international auto shows to tempt consumers into delaying a short-term purchase and make automotive journalists salivate at what was promised in conceptual form only. The Mercedes-Benz SLK230 did bring some of the trade show goodies to life, however, with the novel “Vario-roof” folding hardtop that opens or closes in 25 seconds. Despite the standard luxuries and cute styling, a fairly anemic supercharged four-cylinder resided under the hood, and it wasn’t until AMG got its hands on one that the drivetrain lived up to the body.

The King Rose Archives YouTube Channel features this vintage 1998 SLK video demonstrating the opening and closing of the Vario-Roof:

Sadly, despite all of the fanfare it earned at various car shows around the country, the SLK has plummeted down the slippery slope of second- and third-owner neglect, whereby the car’s ability to be purchased for well under $10,000 means most owners fail to see the point of paying pricey service shop bills for a car as complex as a late 90s Mercedes-Benz. This example has been spared such a fate, with the owner seemingly heaping preventative maintenance at the car, which also features nicely preserved cosmetics. Among the usual brake jobs and fluid changes is a big-ticket repair, which is that of the rebuilt folding hardtop hydraulics by a vendor specializing in such repairs. The seller contends this buys the next owner 20 to 30 years of reliable top operation, which is always a big deal on a car meant to let the sunshine in. The bodywork is clean with only minor blemishes noted, and while the interior is no longer top-tier luxury, it’s holding up well enough. Make mine an SLK 32 AMG, but this entry-level model is worthy of a look, too.

“Stunning Mercedes slk 230 convertible hardtop really well maintained, thousands in receipts spent over the years, everything documented on paper work included with it, it has 2 keys and all the books, ice cold a/c, new radio , no leaks, leather in great condition, very clean car, its was garaged for most of it’s life that’s why the paint looks so good, no accidents no paint work no stories here, convertible top works flawless every time, all components were rebuilt by tophydraulics.com and it’s guaranteed to last for 20 to 30 years , new tires and new brakes last year, new battery this year, nobody believes when I tell them it’s a 1998, you can buy this mercedes and drive it anywhere very dependable it never let me down because I keep up with the maintenance as you can see in the pictures, don’t have space in my garage anymore so it’s time to sell it. Text messages only please if you want to see the car is located in west Miramar easy to show. Clean title in hand. Private seller.“