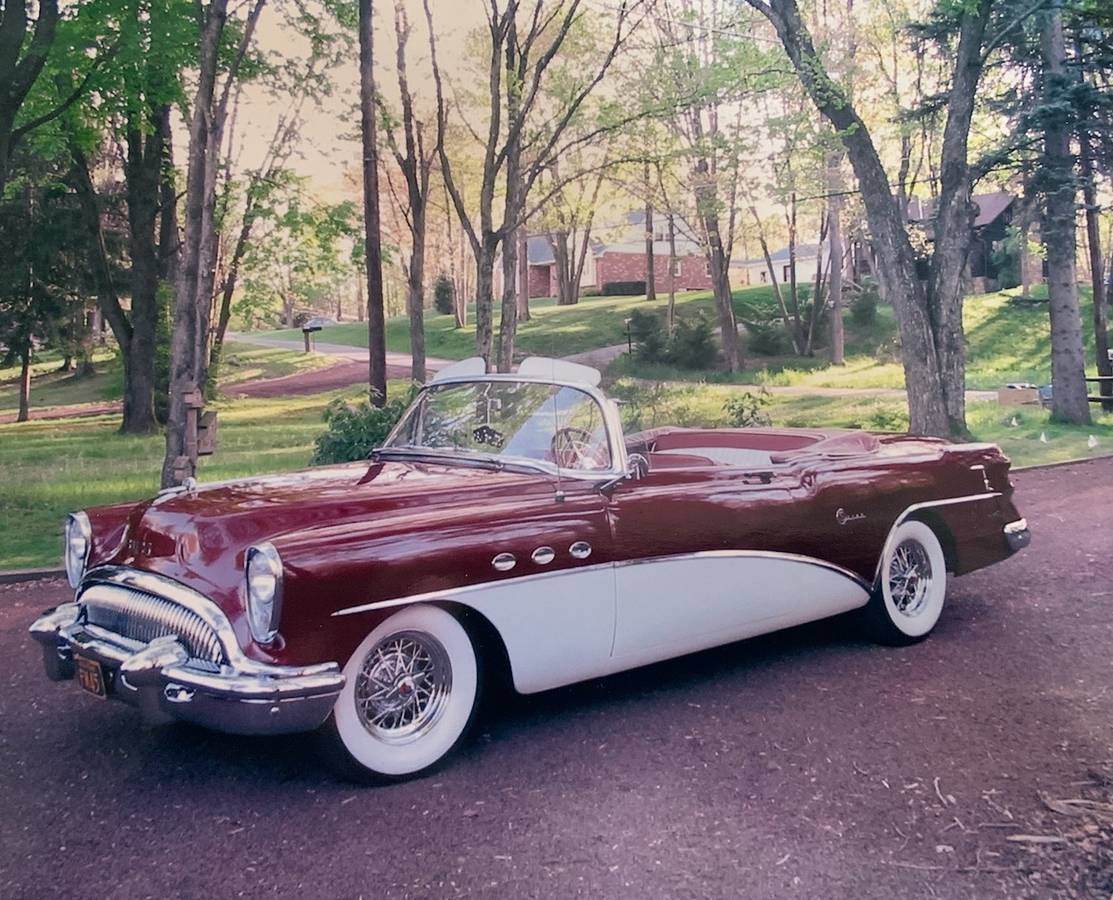 June 11, 2021 Update – while this “Classifind” expired recently, given the seller’s past history we suspect may not actually be sold yet.  For now, we’re labeling this ride “Sold?” However, we will keep an eye out for an updated listing. In the interim, please reach out either by email or call Rudy directly if you’d like to be informed when we come across something similar.

Records indicate Buick produced 3,343 “56C” Super convertibles for the 1954 model year, and one of those survivors originally listed in April 2021 on Craigslist in Malvern, Pennsylvania (Philadelphia) with a lone picture and brief description for $50,000 currently. Comparing that price against the Hagerty Insurance Online Valuation Tool confirms the private seller has their Super priced between this guide’s #3 “Good” estimate of $39,400 and its #2 “Excellent” appraisal of $69,500. Interestingly, the  Collector Car Market Review Online Tool reveals the asking falls between this guide’s #2 “Very Good” estimate of $47,500 and its #1 “Excellent” appraisal of $72,100.

Using the new larger General Motors C-body, with vertical windshield pillars and the new Panoramic windshield, the Super for 1954 was a big Buick for the budget-minded buyer. Identified by its three VentiPorts per fender, the Superscript on the quarters, and the series designation within the deck ornament, the Super shared other brightwork with the Roadmaster. Interiors were nylon and were plainer than in the Roadmaster. The Buick Super has a design resembling the 1955 Buick Century and Buick Century Riviera. The Super did have the more expensive car’s horizontal speedometer instrument panel. The convertible was upholstered in leather and had power-operated windows, seat, and top, along with an outside rearview mirror on the left, as standard equipment. New features included a lighted ignition key slot, electric windows, and a roof rail cover.

Unfortunately, this listing is one of those that leaves you asking more questions than it answers. The lone picture shows a stunning example of what might be a 19,105-mile survivor, so it’s worth the effort of contacting the seller to confirm that is in fact what they are offering.

Show or go: what would you do with this Buick?  Comment below and let us know!