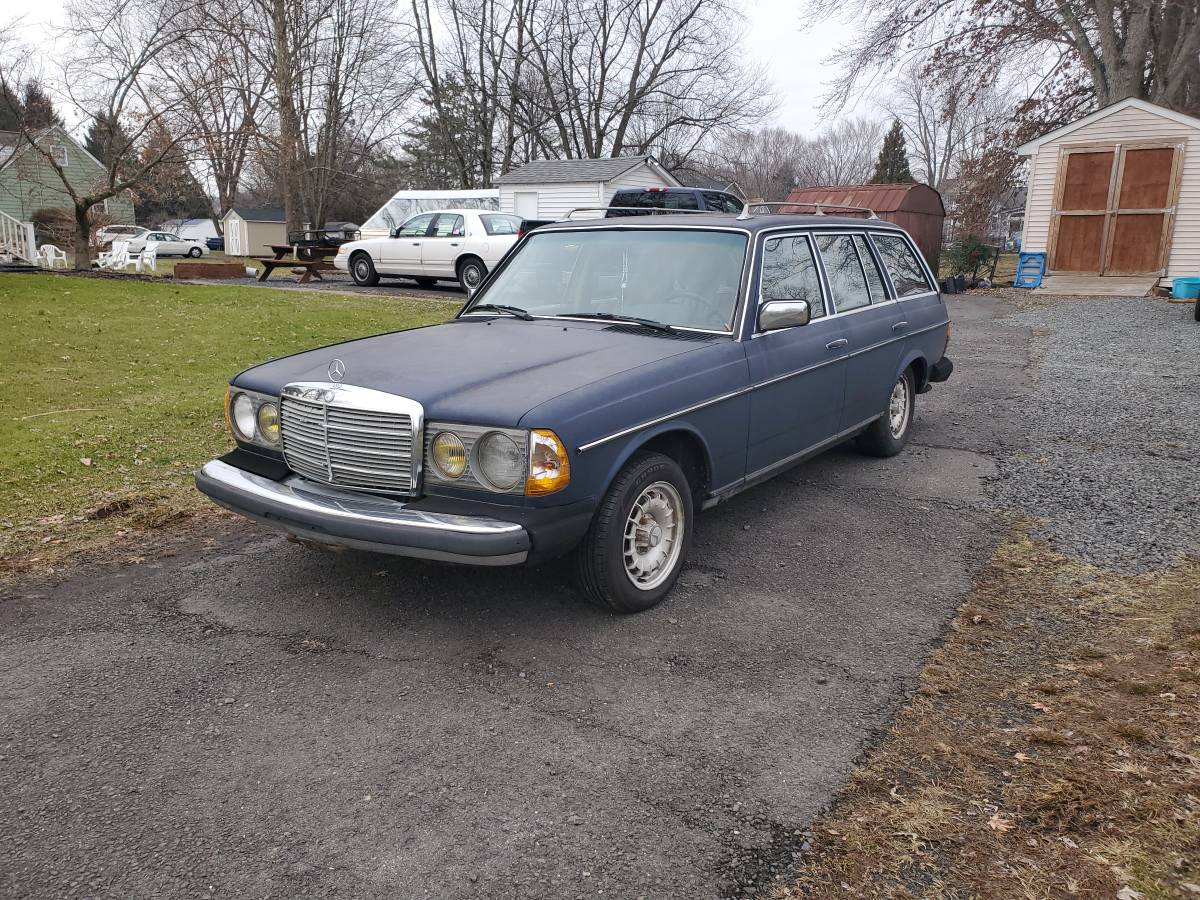 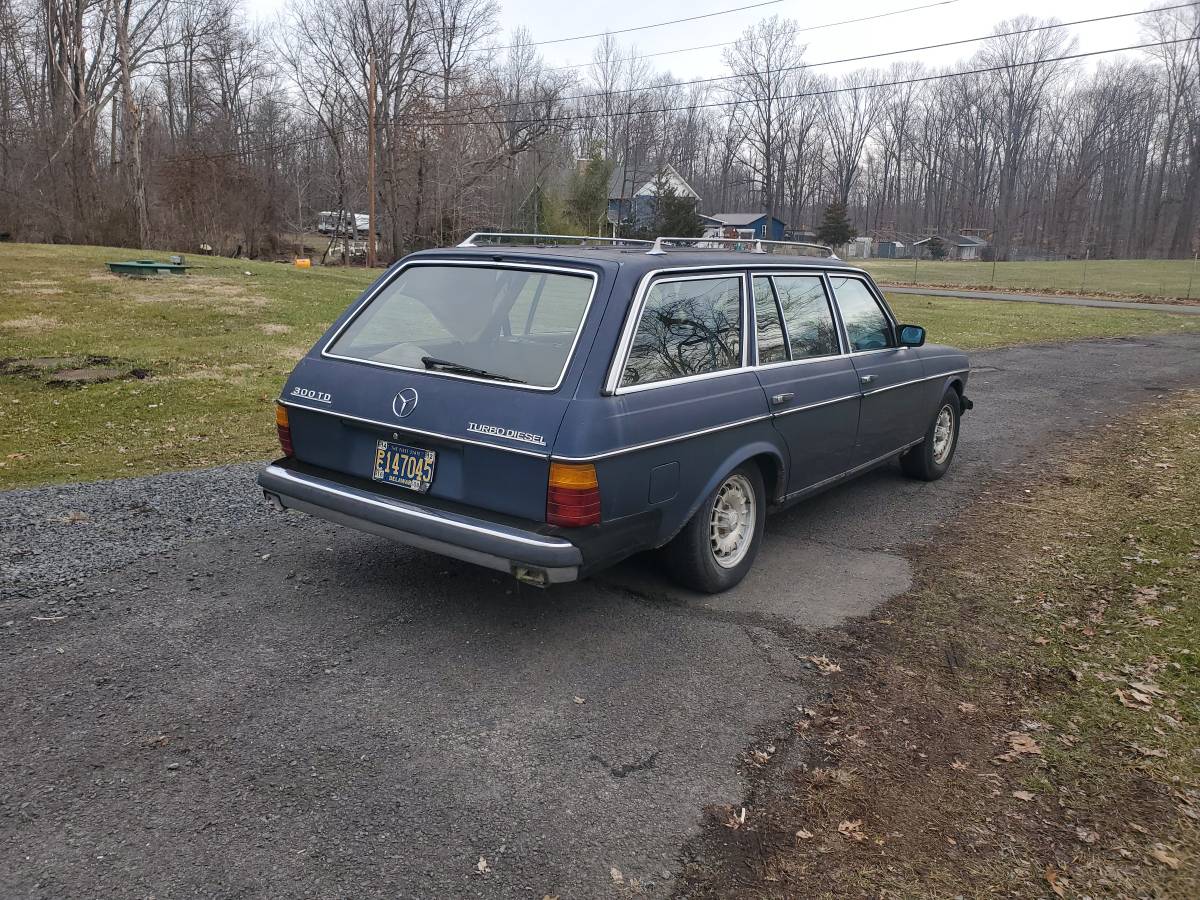 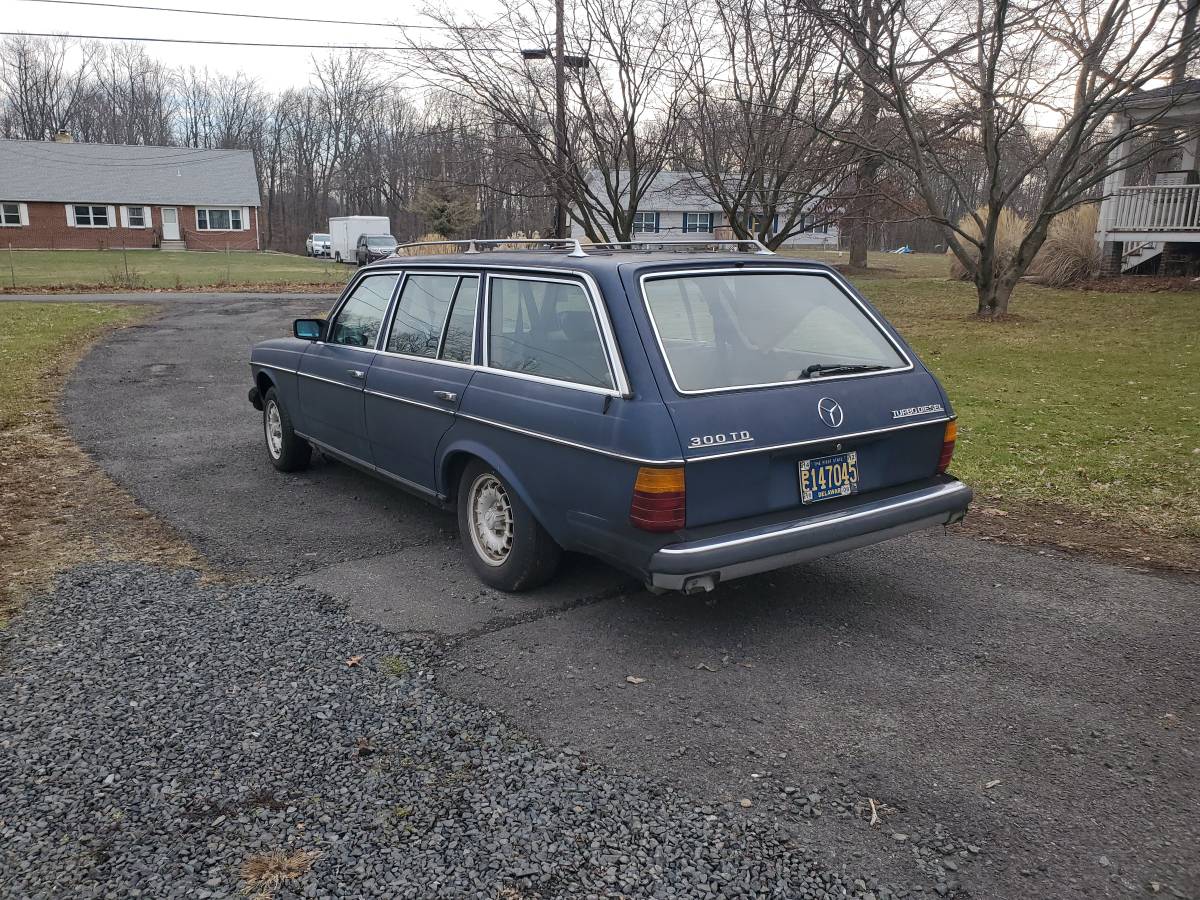 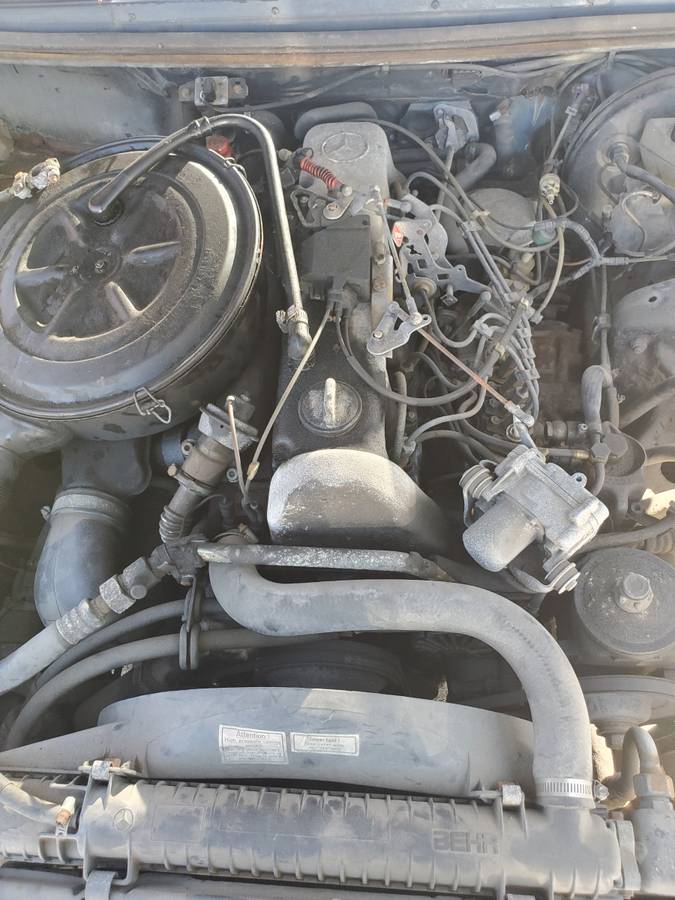 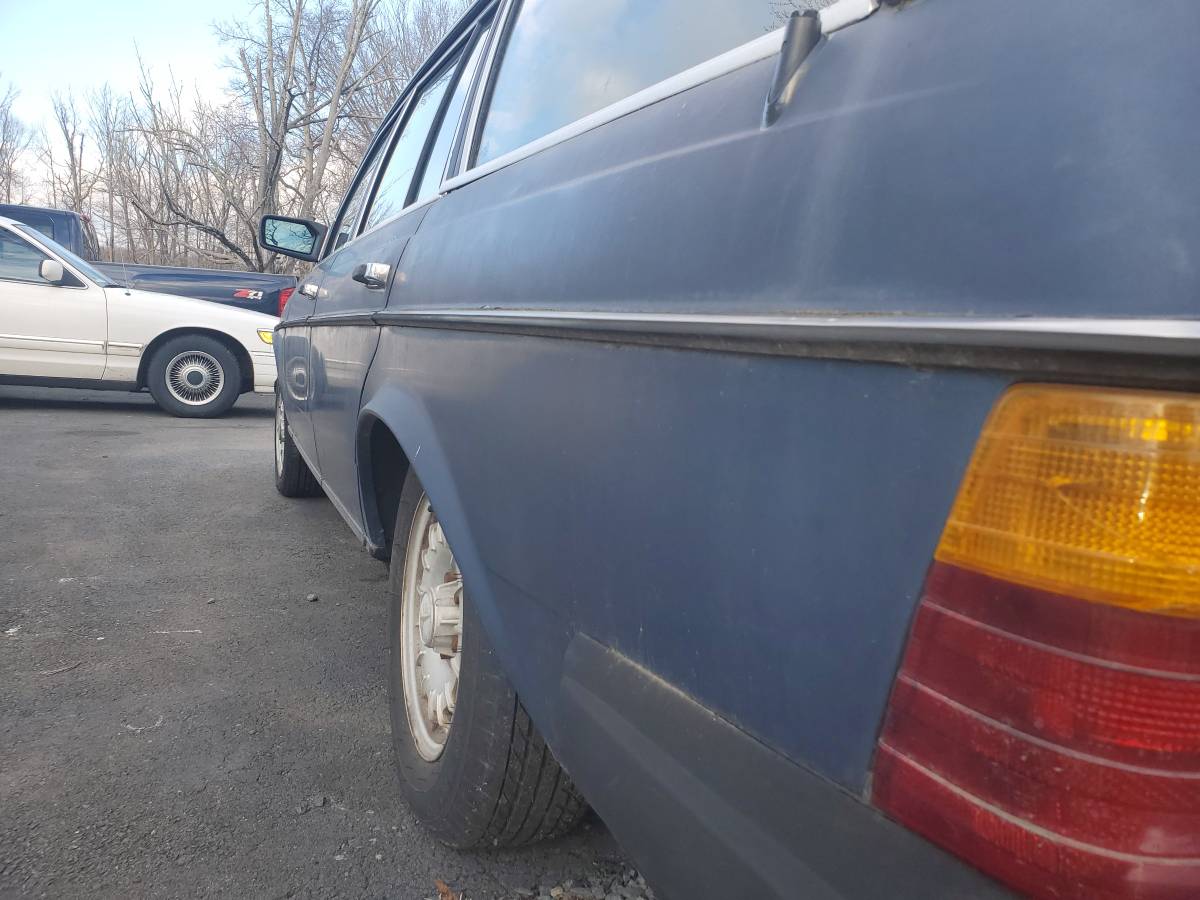 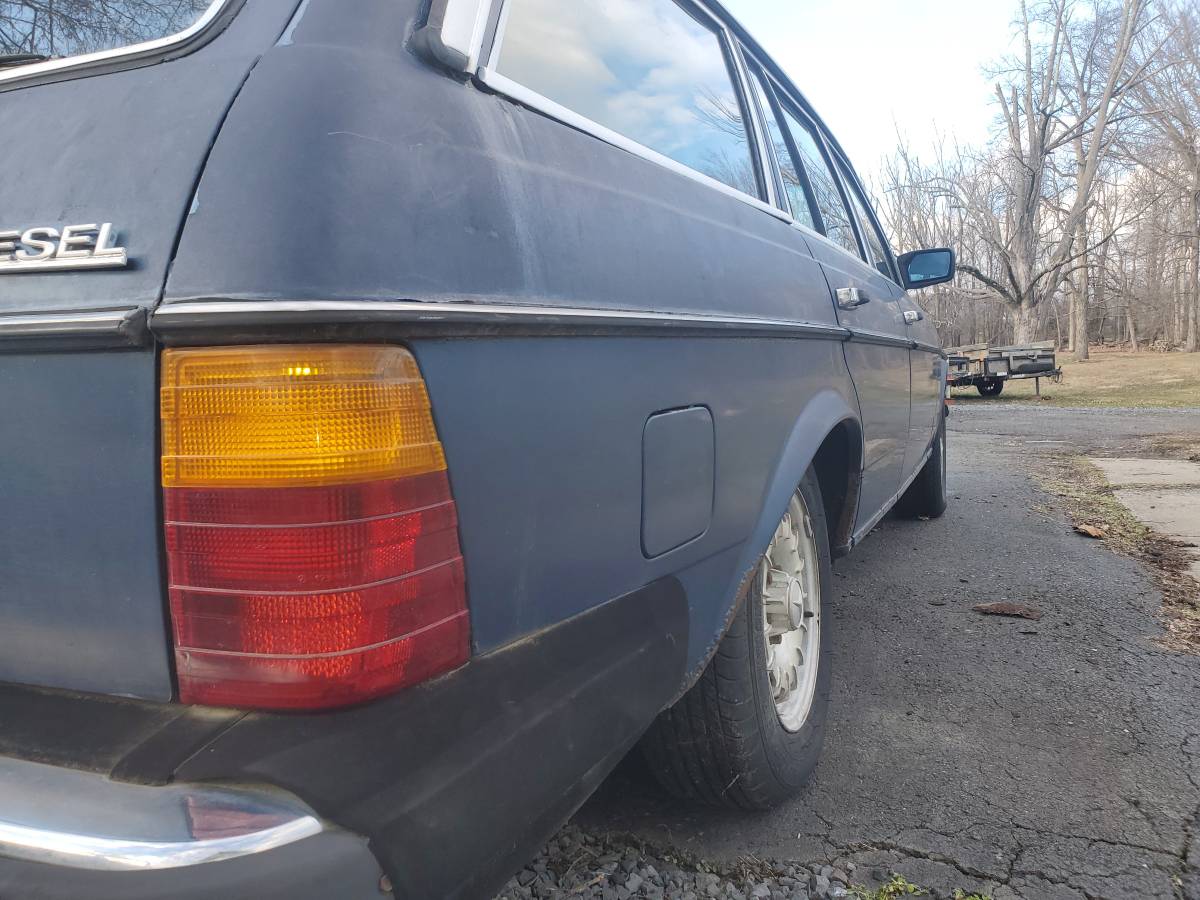 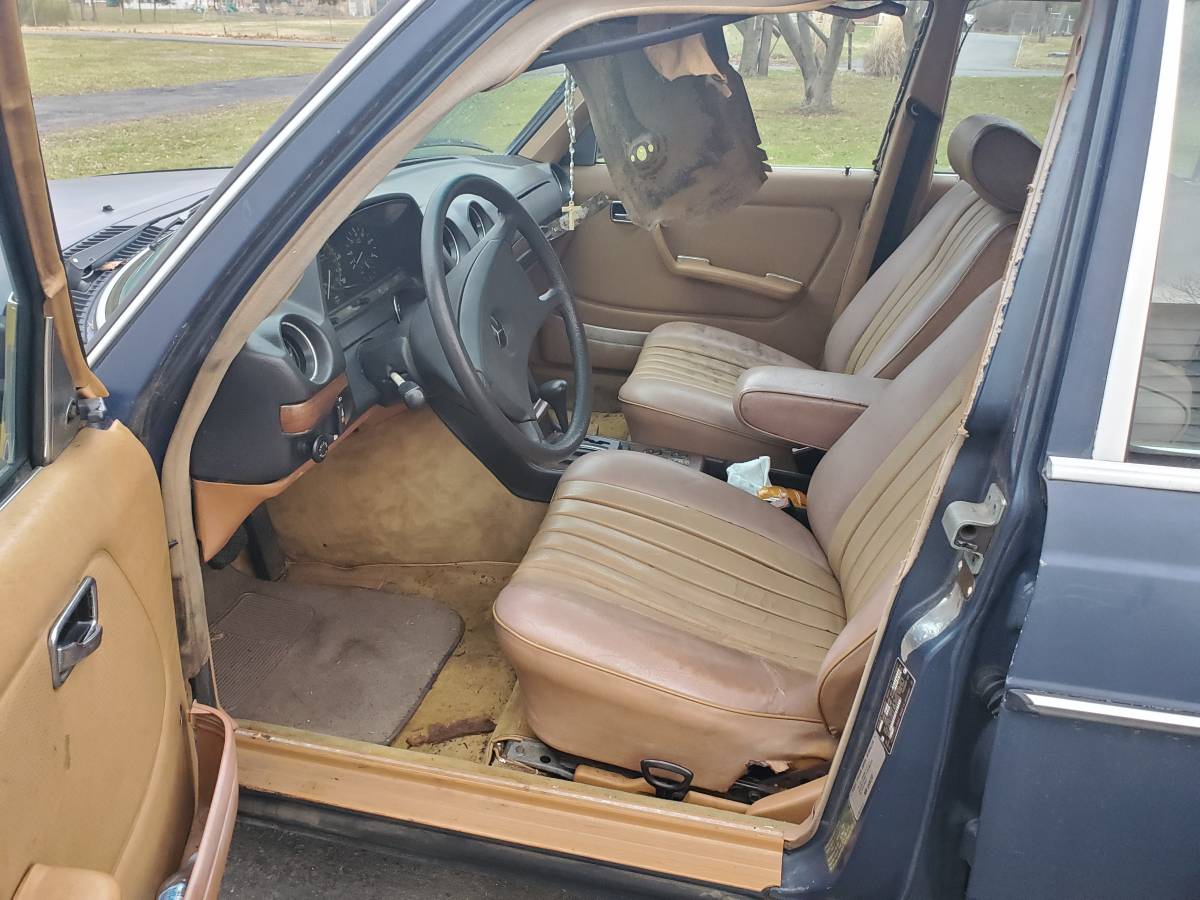 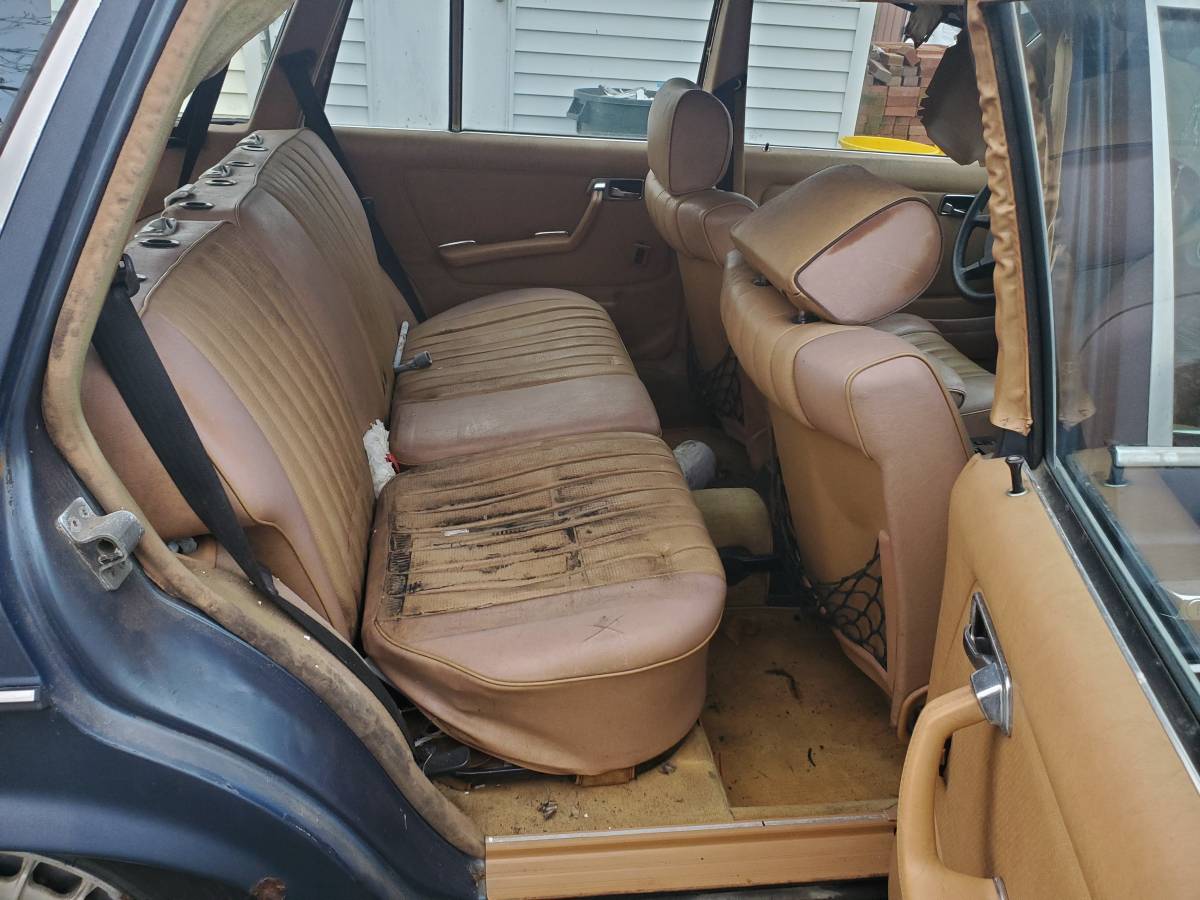 May 11, 2021 Update – we confirmed the seller of this “Classifind” deleted their listing, so we’re now able to call this one “SOLD!” While this one got away, please reach out either by email or call Rudy directly if you’d like to be informed when we come across something similar.

April 29, 2021 – The seller of this W123 Estate find just lowered their asking price by another three hundred dollars to land at the current $3,2oo ask.

April 23, 2021 Update – Just two days after we first featured this Mercedes Estate, the private seller decided to lower their asking price by $250 to land at $3,500 currently.

It’s not very often Estate sales turn out having vintage Mercedes Benz “Estates” (the European term often applied to four-door station wagons), however, the seller of this 1984 Mercedes Benz 300TD originally listed in April 20201 on Craigslist in nearby Pennington, New Jersey hopes to score a quick win with this project car obtained from a recent event. Reported to be in need of everything including rusty floors and offered at $3,750, comparing that price against the Hagerty Insurance Online Valuation Tool confirms the private seller has their S123 priced three thousand less than this guide’s #4 “Fair” (daily driver) estimate of $6,600. Using the Collector Car Market Review Online Tool’s estimates for similar 1983 models confirms the seller’s asking price falls between this guide’s #4 “Fair” estimate of $1,950 and its #3 “Good” appraisal of $4,350.

Mercedes produced the W123 series of full-size cars for model years 1976 through 1986.  The W123 models replaced the W114 range and surpassed that series to become the most successful Benz ever with nearly three million over its ten-year production run.  The wagon version of this line, the S123, was the first factory-built Mercedes-Benz estate as previous versions were custom-built by external coachbuilders such as Binz.

While early versions of the S123 featured a non-turbo four-cylinder diesel, American consumers were not sold on the idea of a heavy wagon with only 77 hp.  Consequently, in 1981 M-B introduced the famed OM617 inline five-cylinder turbo diesel.  This engine is considered to be one of the most reliable engines ever produced with examples often reaching over half a million miles without being rebuilt and is one of the key reasons for Mercedes’ popularity in North America in the 1980s, as it was powerful and reliable compared to other diesel-powered cars of the time.

The Classic Cars Today Online YouTube Channel Features this Mercedes-Benz commercial from 1979 when the company launched the S123 line:

There’s an old saying that the most expensive car you can buy is a cheap Mercedes and this S123 easily has the potential to fall into that category.  That said, 185K miles on this example’s engine is merely a warmup, and with “Good” condition prices now regularly in the mid-teens, there’s a chance you could at least break even if you return the car to road-ready condition, source, and change out the tatty interior with a better used one, and then find the paint only needs a good buff out.

“Turbo diesel wagon!! Just putting this out as a feeler. I got this in an estate cleanout and it’s more of a project than I want. It runs and drives, has a clean title, 185k miles, but will need complete restoration including: full service and safety check, vacuum line repair, holes in floor repaired (should be able to patch them), a bit of rust on passenger rear fender flare, but no rust in wheel wells anywhere, one hole in exhaust, headliner (just needs to be fastened back up in the corners), tires, and battery. It was last driven frequently about two years ago. Has original sales receipt and window sticker! You could do a little work and drive it as is, but all safety components, brakes and so on should be looked over. Has sun roof! Willing to trade for cars, motorcycles, US made guitars and other music equipment, luxury watch (Rolex, Breitling, Omega, so on), and much more, make an offer! This would make a great rat rod as well! Please let me know if you’d like more pictures, I’d be happy to send more to someone who is more than a tire kicker. Please do not reach out unless you understand that the car needs work. Thanks“

Restore or Rat Rod: what would you do with this S123 project?  Comment below and let us know!