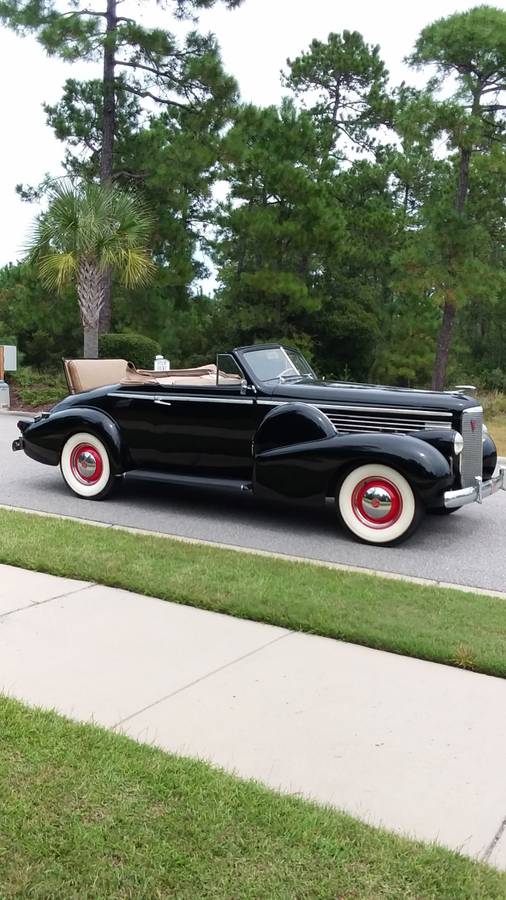 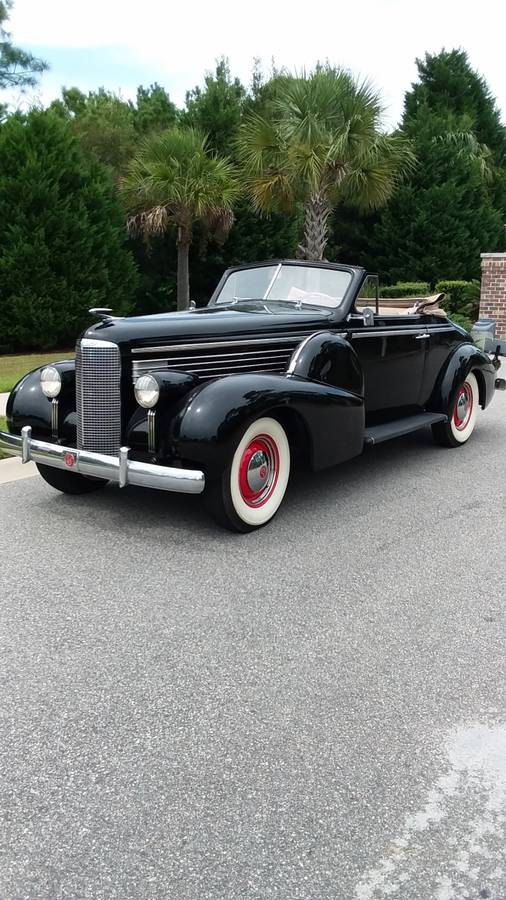 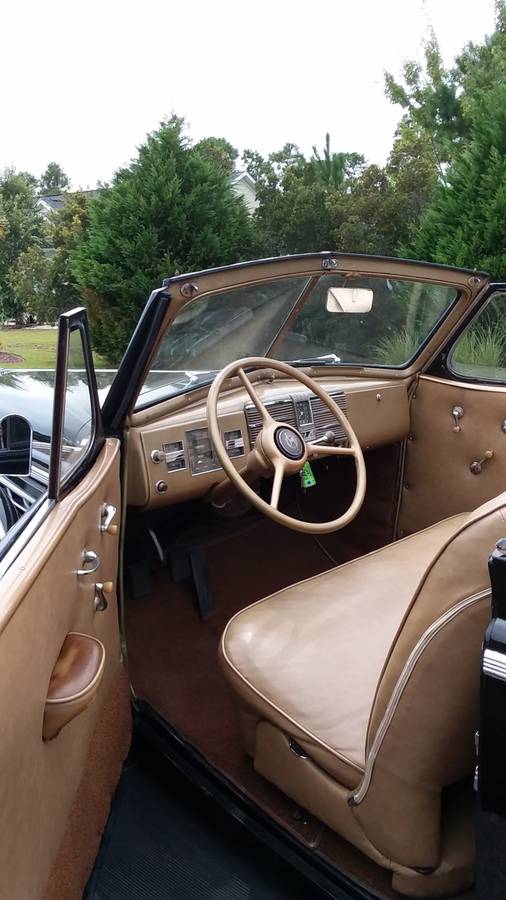 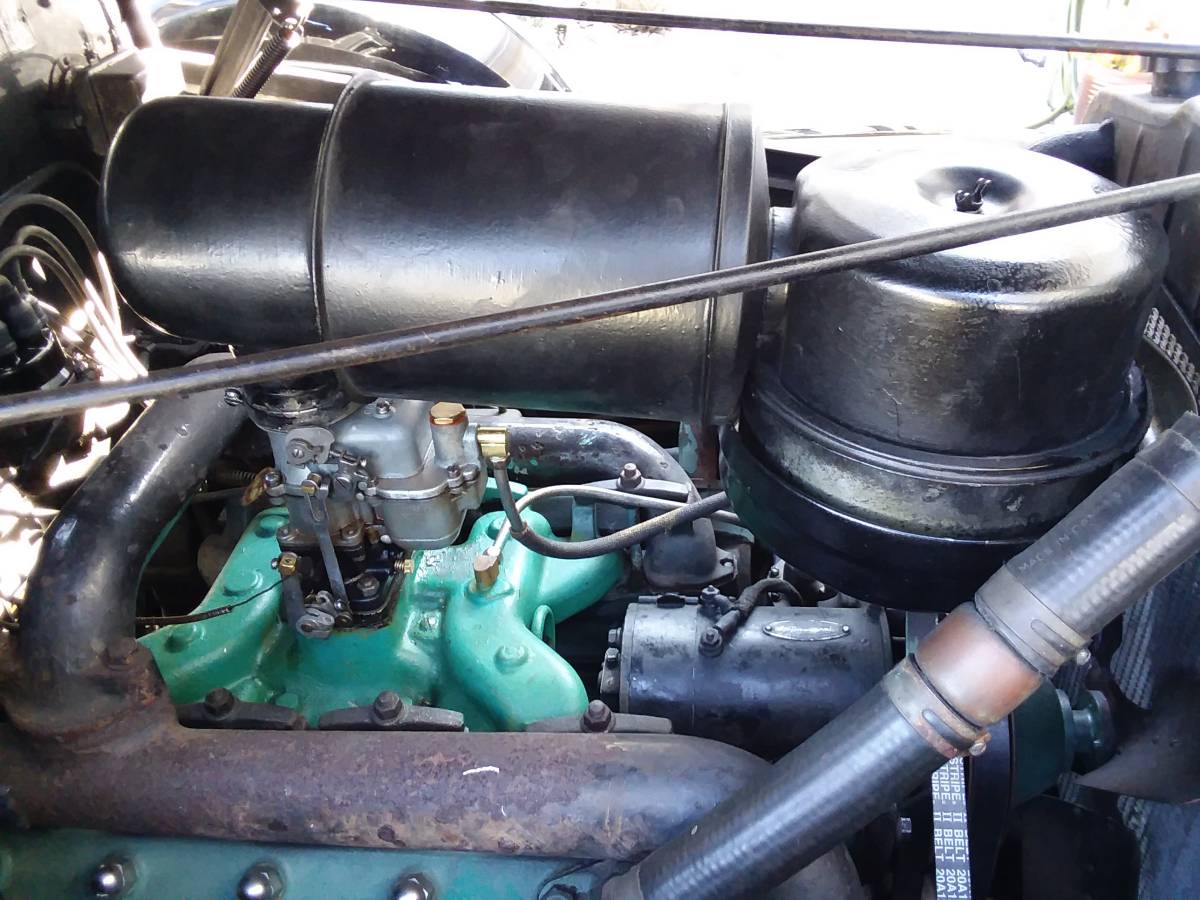 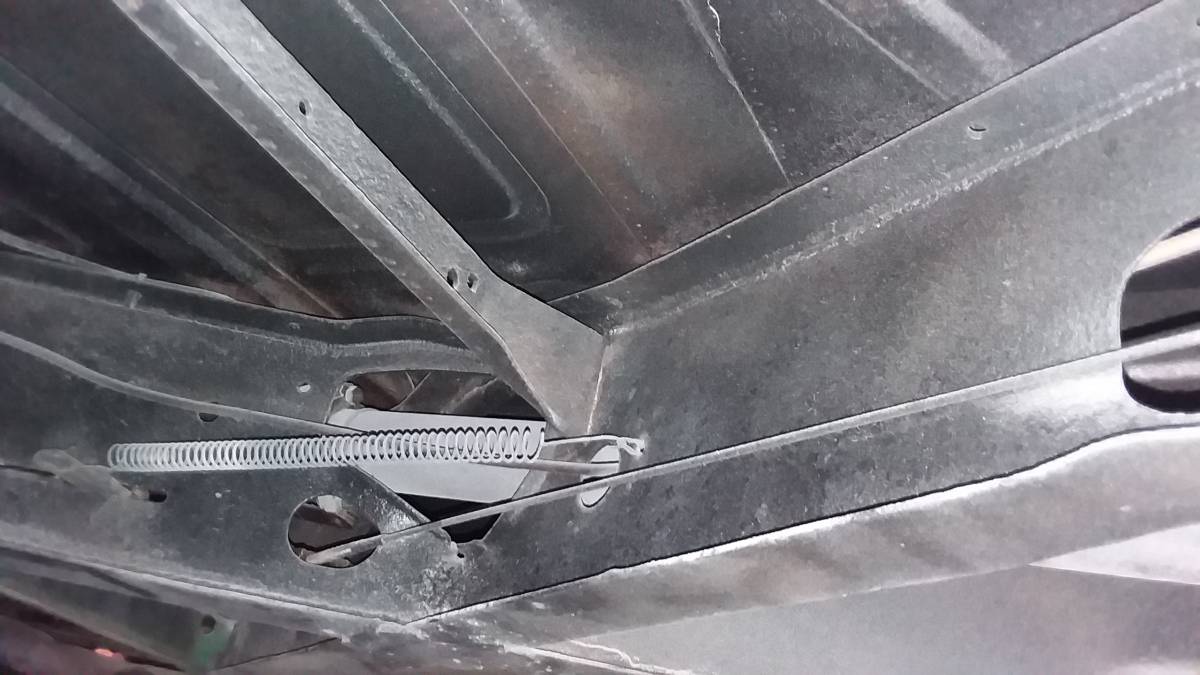 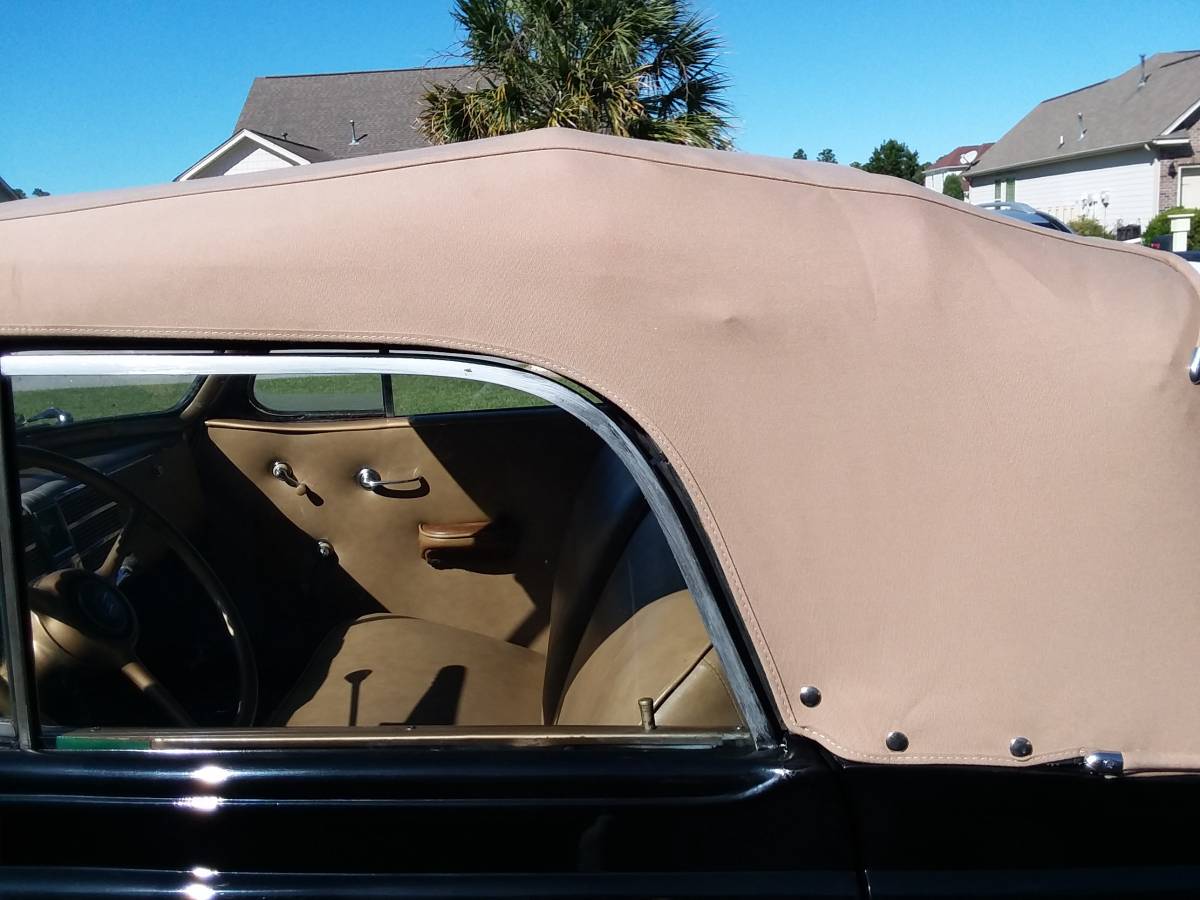 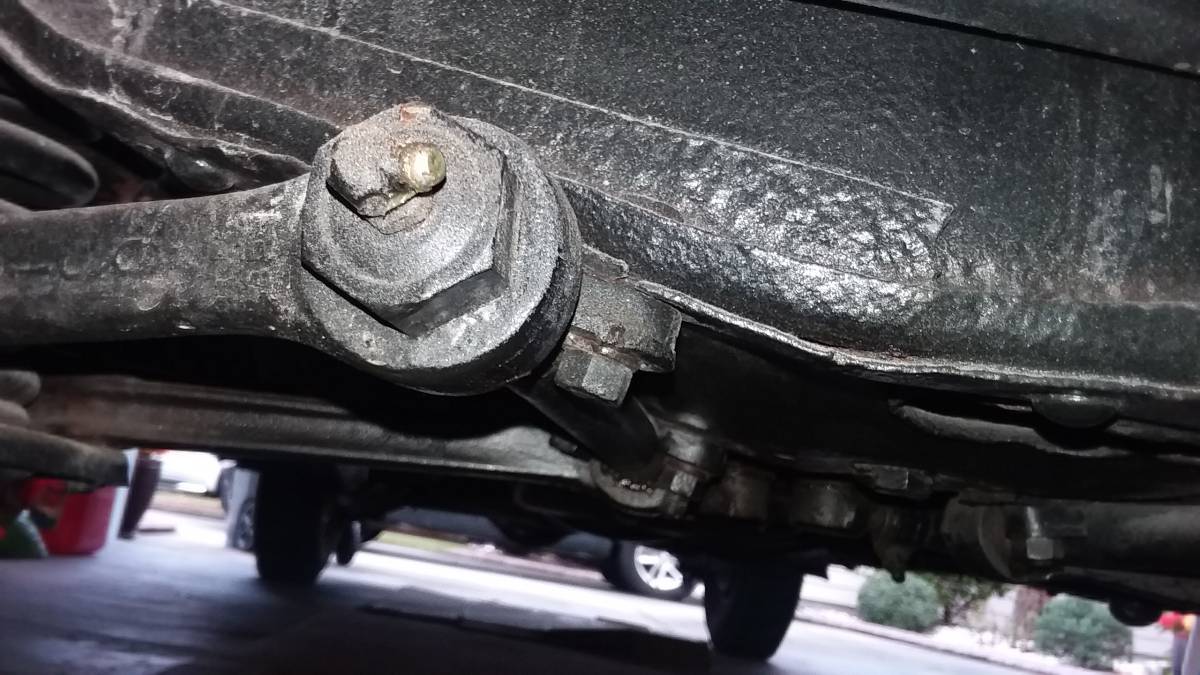 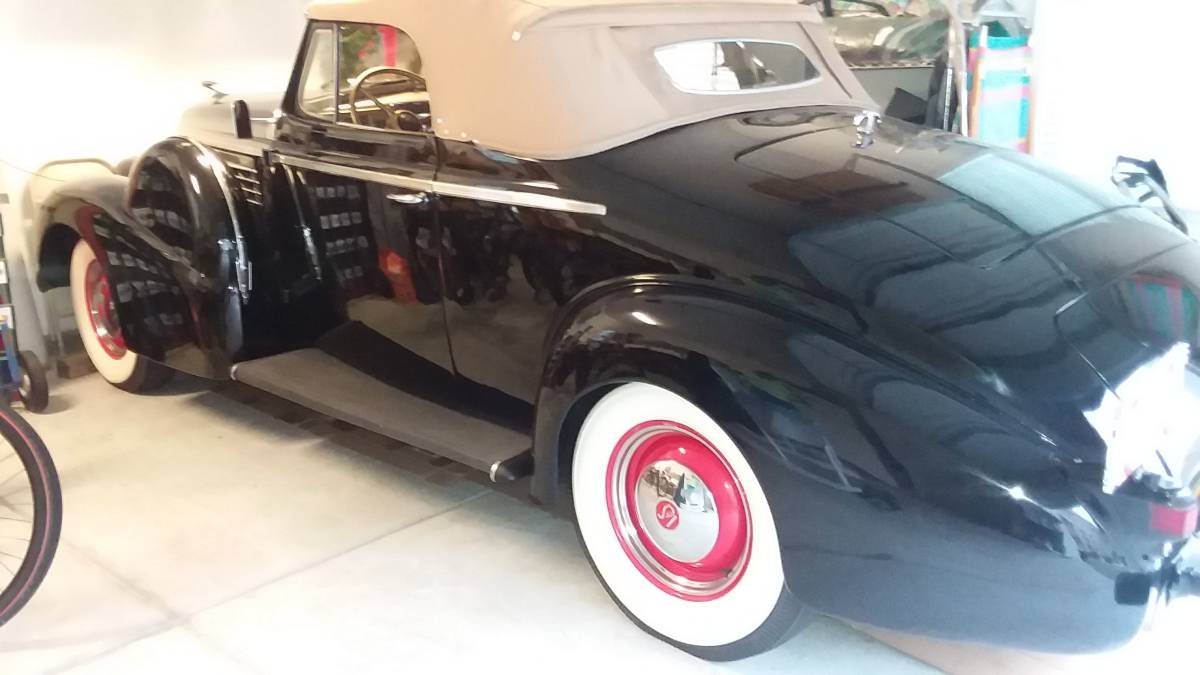 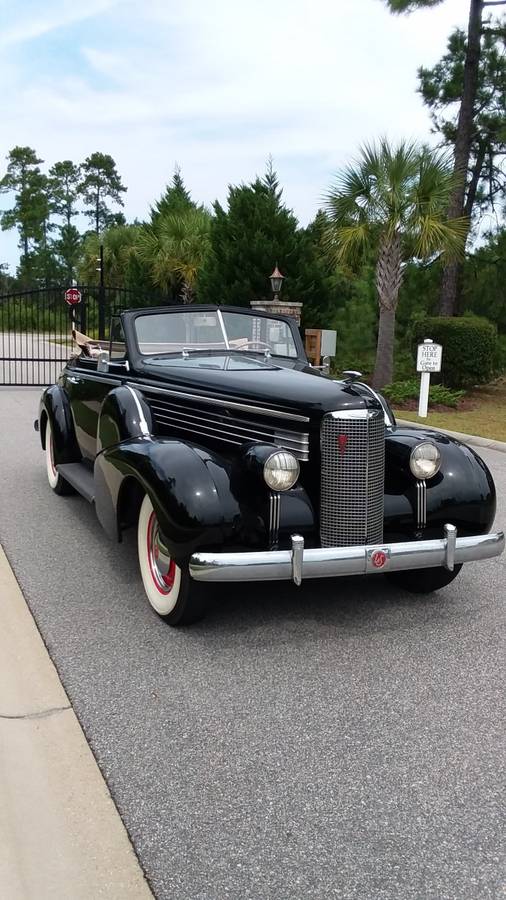 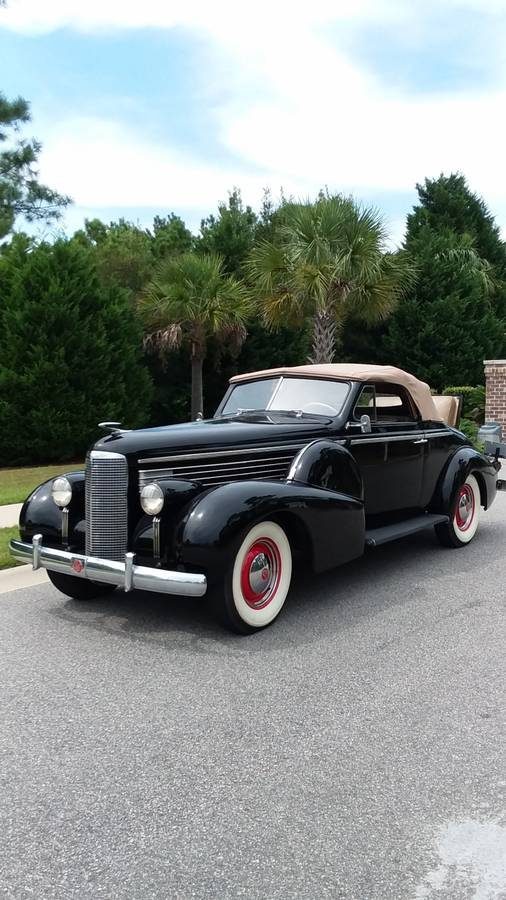 June 11, 2021 Update – we confirmed the seller of this “Classifind” deleted their listing, so we’re now able to call this one “SOLD!” While this one got away, please reach out either by email or call Rudy directly if you’d like to be informed when we come across something similar.

General Motor’s founder Albert P. Sloan created the LaSalle brand in 1927 as a companion marque to Cadillac. Unfortunately, the Great Depression devasted many automobile brands throughout the 1930s. Consequently, 1938 Models such as this Model 50 Convertible Coupe originally listed in May 2021 on Craigslist in Myrtle Beach, South Carolina would be the second last model year before GM axed the line in 1940.  Black and tan is a great color combination on this Art Deco-inspired, rumble seat equipped, La Salle that currently carries an asking price of $45,900.  The paperback issue of the latest NADA Classic, Collectible, Exotic, and Muscle Car Appraisal Guide confirms the seller’s current asking price lands just above the midpoint of this guide’s “Low”, “Average”, and “High” value range of $32,400, $43,400, and $75,900, respectively.

Produced from 1927 through 1940, Alfred P. Sloan developed the concept for La Salle in order to fill pricing gaps he perceived in the General Motors product portfolio. Sloan created La Salle as a companion marque for Cadillac to fill the then-growing perceived price gap between Buick and Cadillac.  Cadillac manufactured La Salle automobiles, however, they were priced lower than Cadillac-branded automobiles and were marketed as the second-most prestigious marque in the General Motors portfolio.

As originally developed by Sloan, General Motors’ market segmentation strategy placed each of the company’s individual automobile marques into specific price ranges, called the General Motors Companion Make Program. The Chevrolet was designated as the entry-level product. Next, (in ascending order), came the Pontiac, Oakland, Oldsmobile, Viking, Marquette, Buick, LaSalle, and Cadillac. By the 1920s, certain General Motors products began to shift out of the plan as the products improved and engine advances were made.  Additionally, the shift from custom-built bodies to shared platforms across divisions narrowed the price gaps between divisions, so by 1940 Oakland, Viking, Marquette, and La Salle were gone.

Reported to have received a complete overhaul last year with the receipts to prove it, this vintage La Salle appears ready for you to arrive in style at every car show you elect to attend.

“1938 Cadillac La Salle 50 Convertible, with dual side mounts and last year with rumble seat. Excellent running condition with a new top. Had a complete overhaul last year 2020 by a classic auto Co. Have recipes for over 15k. Overall the car is in very good condition. REDUCED $45,900.00”