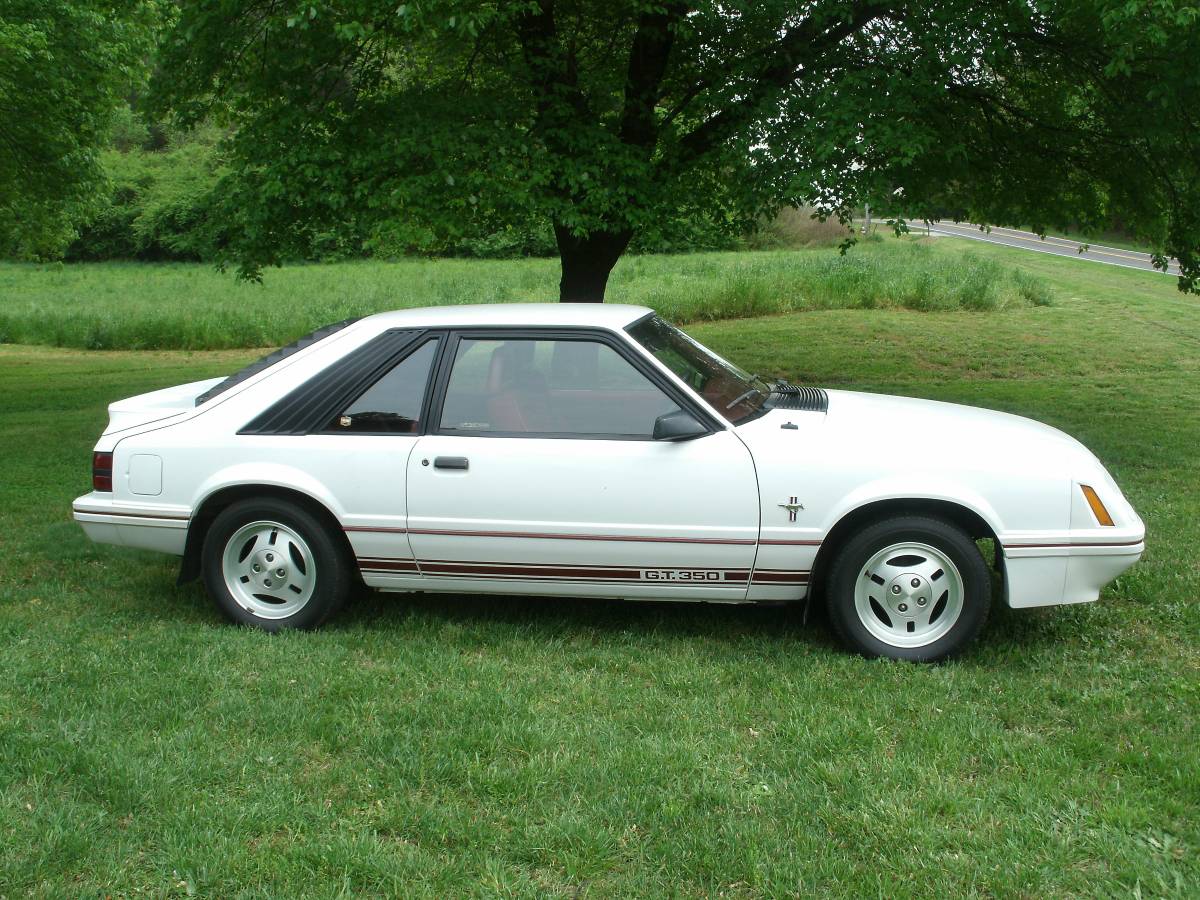 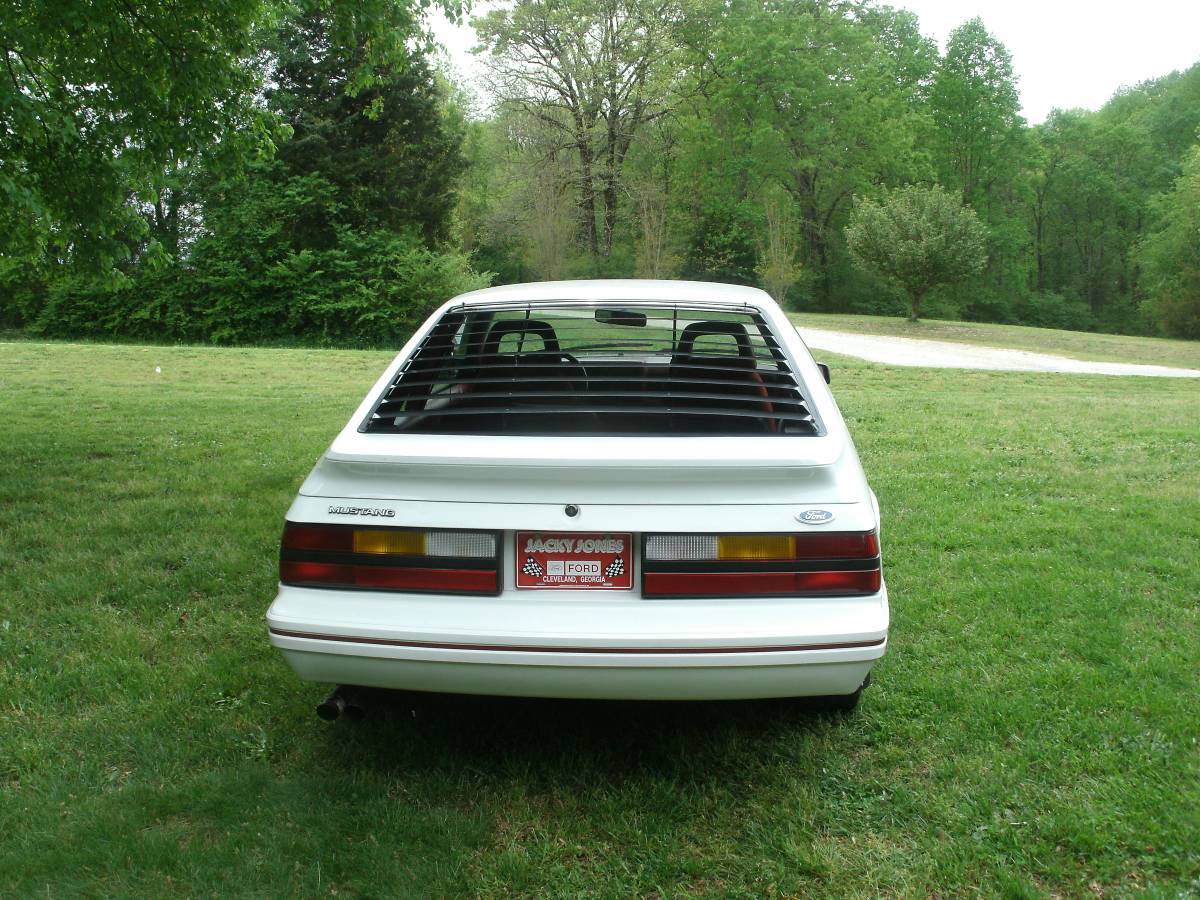 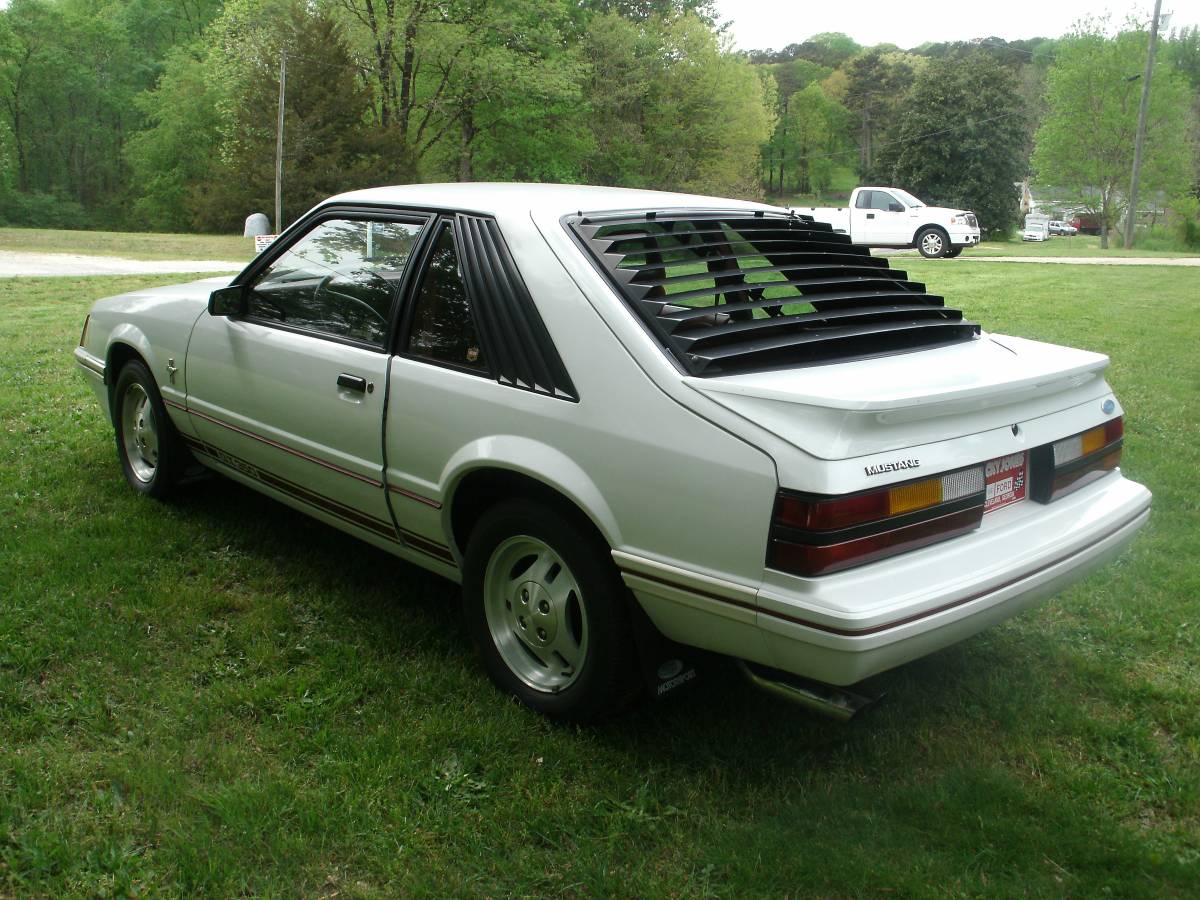 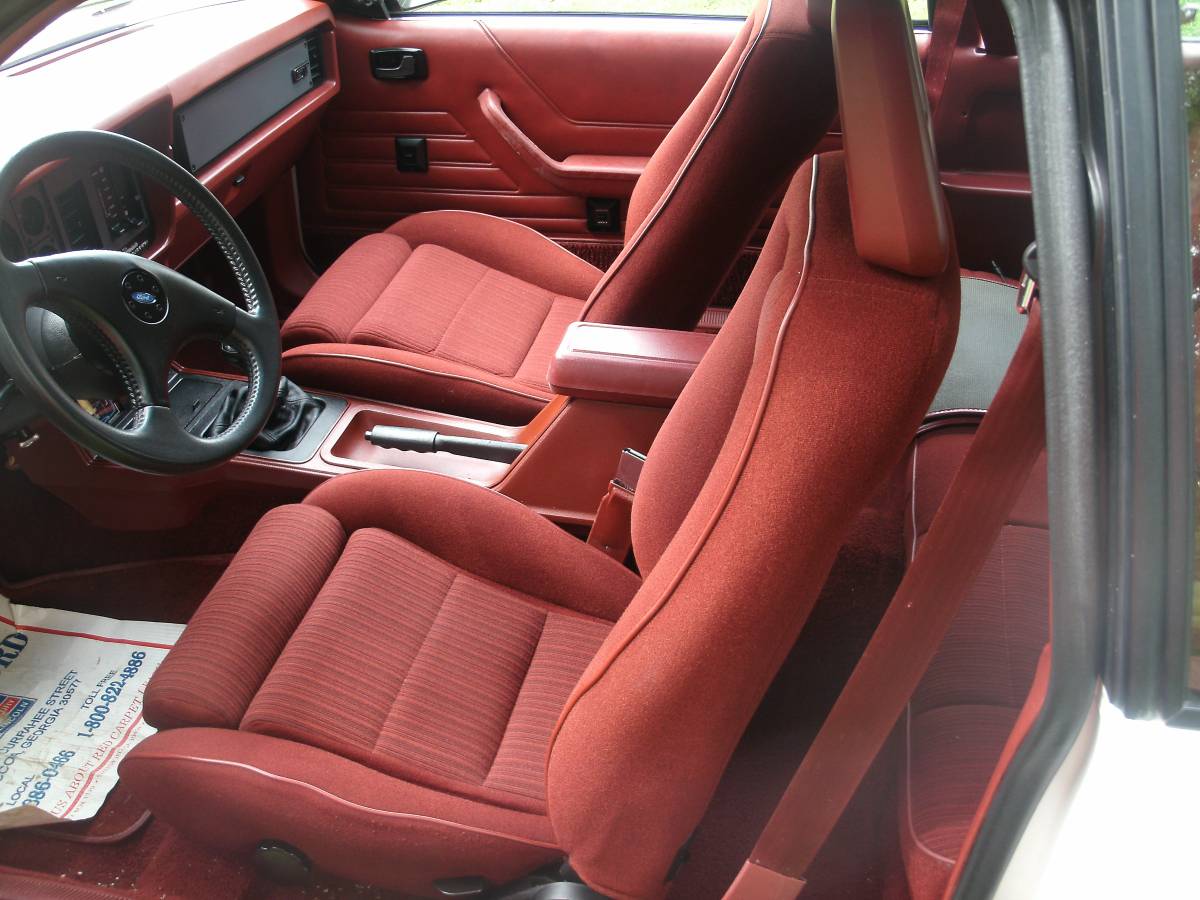 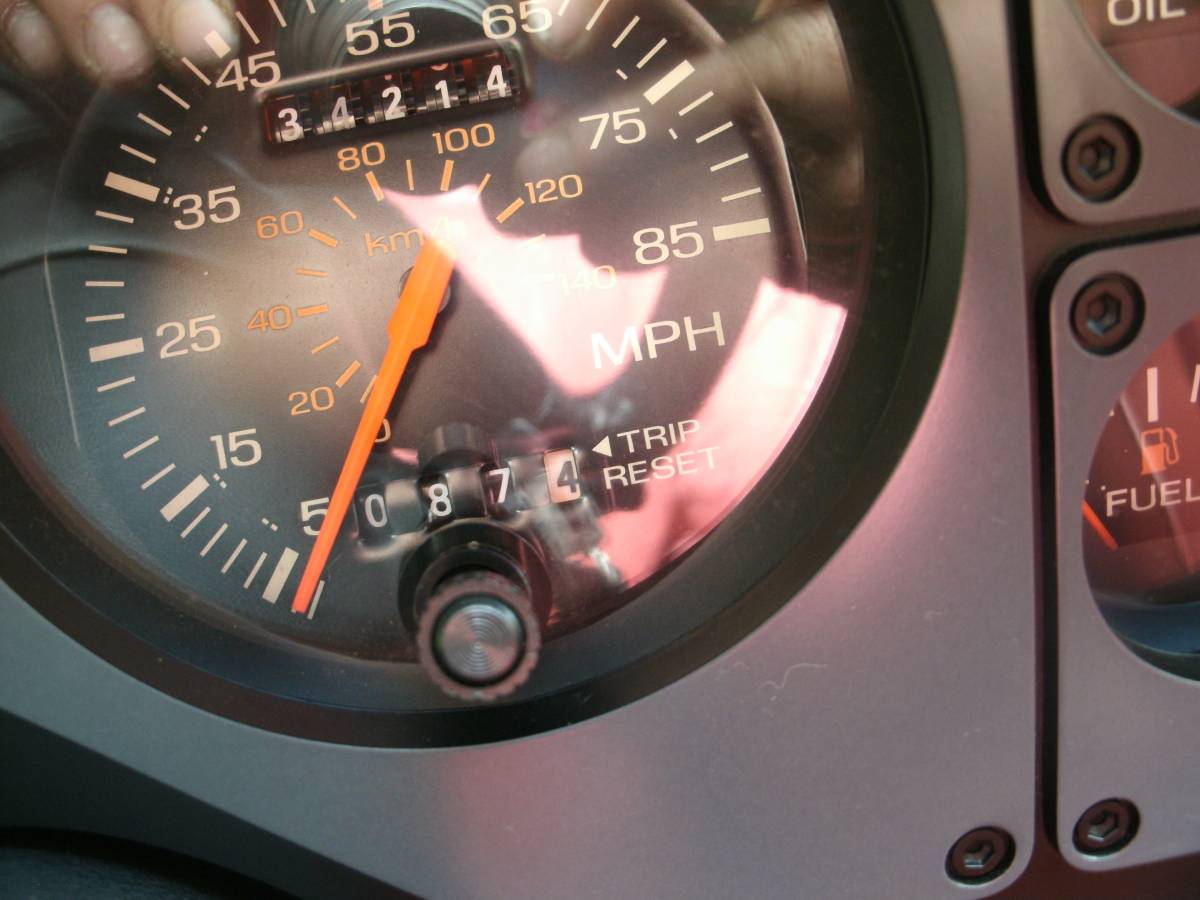 June 6, 2021 Update – We just confirmed the listing for this special edition Mustang “Classifind” expired, so with no replacement found we’re assuming this ride “Sold?” While this one got away, please reach out either by email or call Rudy directly if you’d like to be informed when we come across something similar.

Ford was on a roll in the early 1980s and one of their successes was the launch in 1982 of 5.0L GT that lead the way of the return of performance cars from Detroit.  Two years later, Ford commemorated the Mustang’s 20th anniversary in 1984 with a special edition Oxford White over Canyon Red GT350 model such as this hatchback version originally listed on Craigslist in May 2021 in Toccoa, Georgia. The original owner managed just over 32K original miles since new and appears to have kept his 5-speed-equipped Limited Edition #3671 in excellent survivor-quality condition. Unfortunately, we a seller who “Knows what he has” yet doesn’t have a realistic expectation of what it’s truly valued at. The original owner is currently asking $32,500 Unfortunately, a check of the Hagerty Insurance Online Valuation Tool confirms this private seller has their special edition priced at $11,100 above the current #1 “Concours” estimate of $21,400. As the following screenshot from Classic.com illustrates, it appears the seller is the latest owner swayed by two similar examples that sold at Barrett-Jackson several years ago.  Those records have not been repeated since.  Consequently, we’re awarding the original owner our latest “NEW!” (short for “No Effin Way!”) award for an asking price that is not in line with true market results. 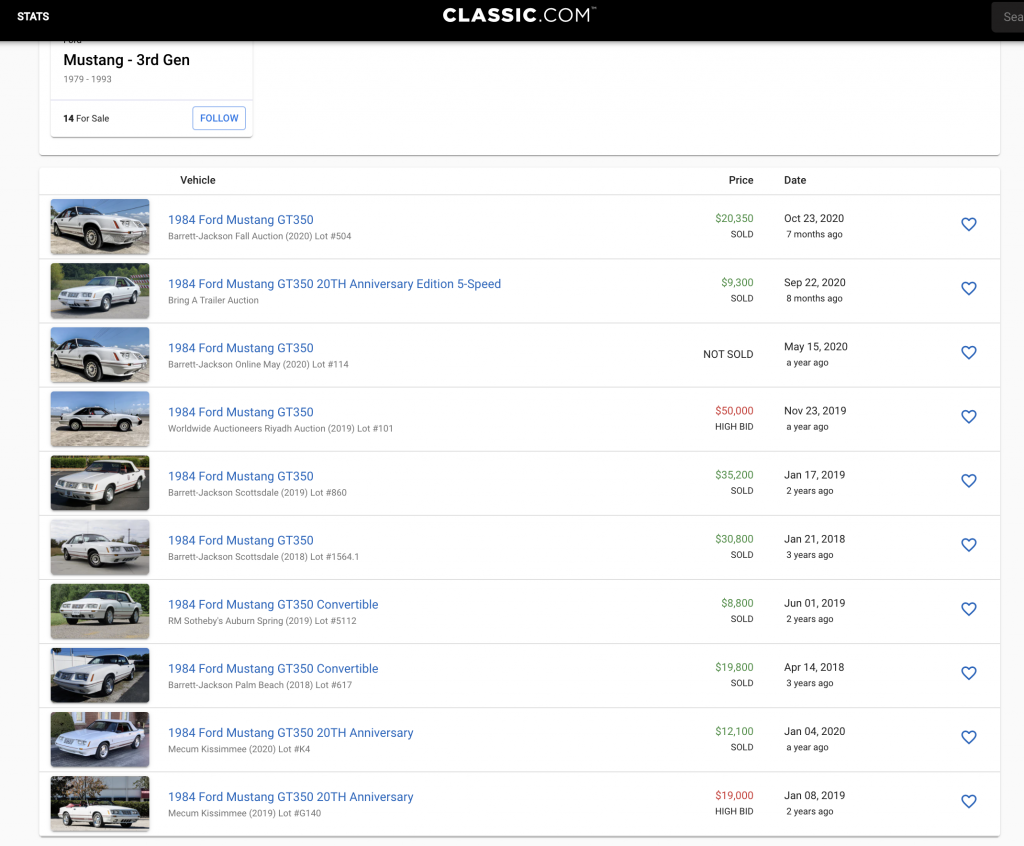 While most of the Mustang was carried over in late 1982 for 1983, there were some changes and improvements on the then five-year-old “Fox-platform” model. The front fascia was restyled with a more rounded nose and reshaped grille. New, wider horizontal taillights with dedicated amber turn signals replaced the vertical sectioned units. This was also the first Mustang to use the “Blue Oval” Ford emblem on the exterior, both front, and rear.  The Mustang GT received a four-barrel carburetor and a new intake manifold, bringing power up to 175 horsepower.

Halfway through the model year, Ford also recognized the 20th Anniversary of the Mustang with the GT350, essentially a limited run of GTs and Turbo GTs and labeled as 1984 1/2’s, similar to the originals.  Ford produced 5,260 hatchback and convertible models were built, all trimmed with Oxford White exteriors and Canyon Red interiors. They featured red GT350 rocker stripes and tri-bar Pony emblems on the front fenders.  A new “Quadra-Shock” rear suspension, which replaced the slapper bars with horizontally mounted axle shocks, became available after a few months of production. After 1984, the TRX option was retired for the Mustang.

We came across this 1984 Ford Mustang commercial currently posted on the BetaMax YouTube channel:

We cannot deny this is a very clean and nicely preserved limited-edition Mustang. If the car only had 320 or even 3,200 original miles, it might help us rationalize the asking price.  However, the market just doesn’t support the premium requested here just yet.

Show or Go: What would you do with this Mustang GT350?  Comment below and let us know!