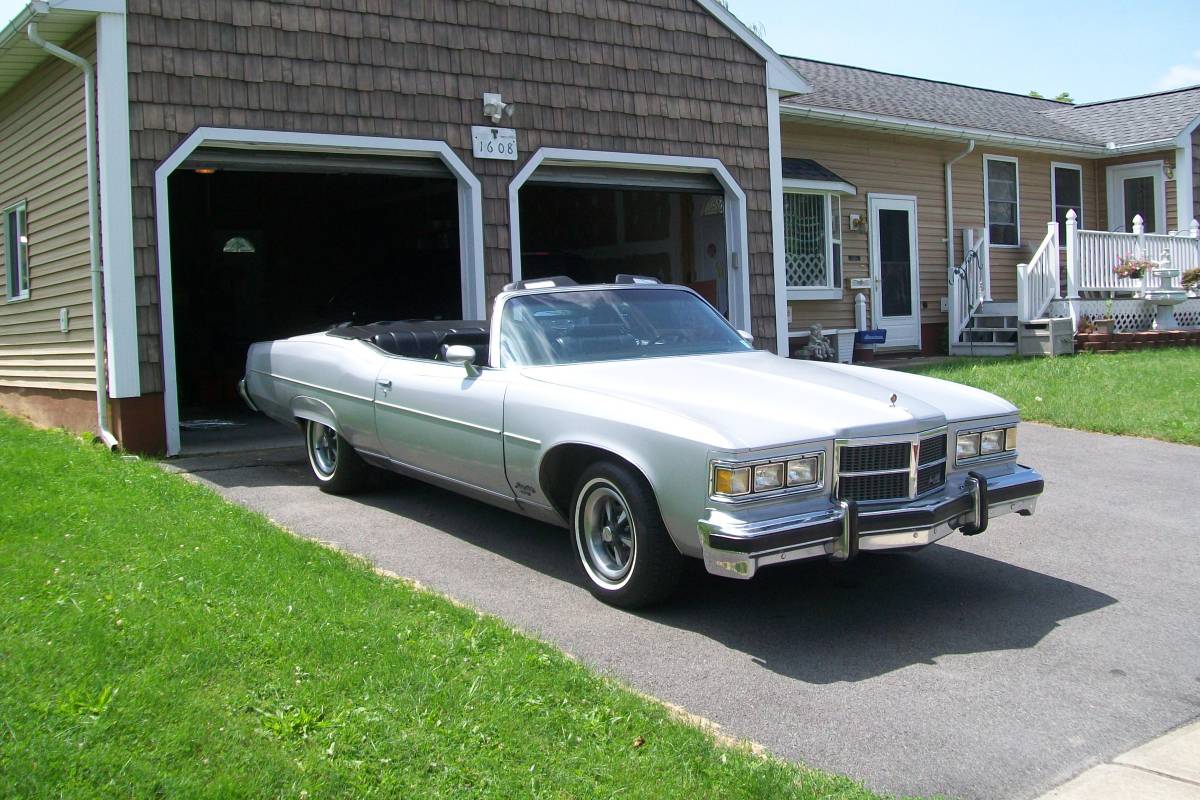 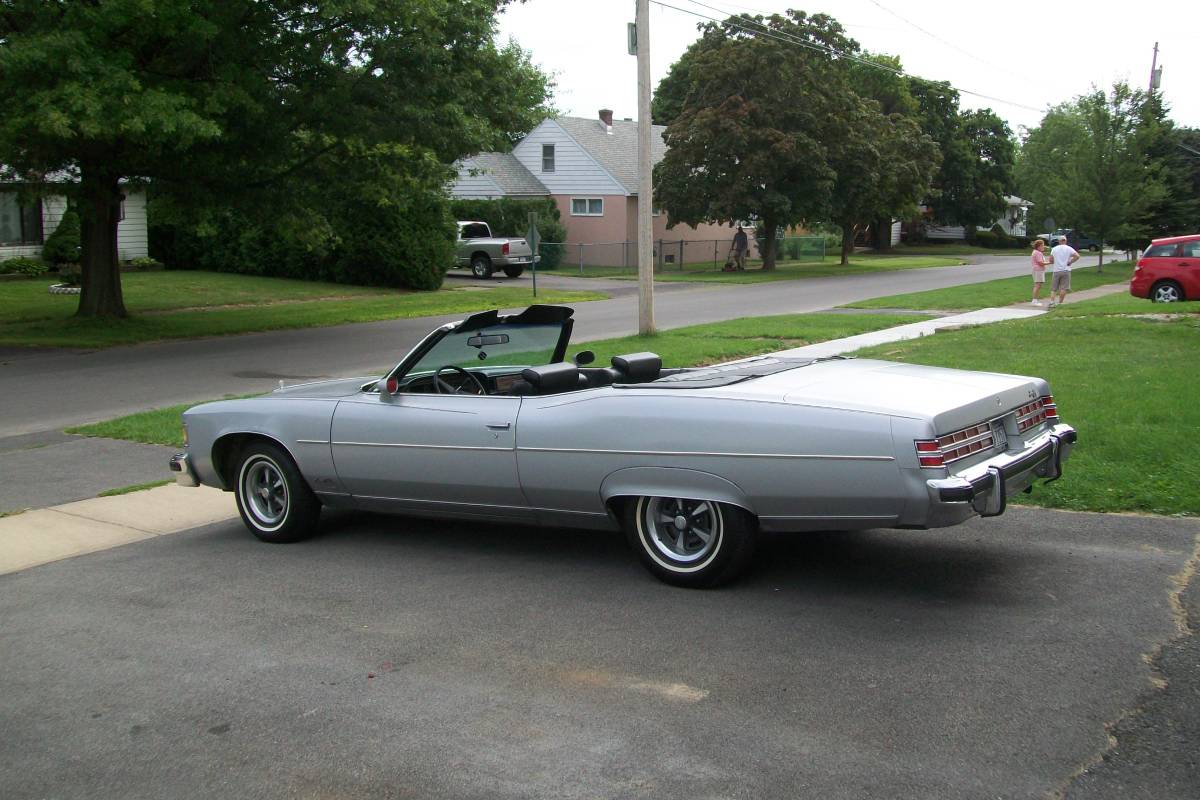 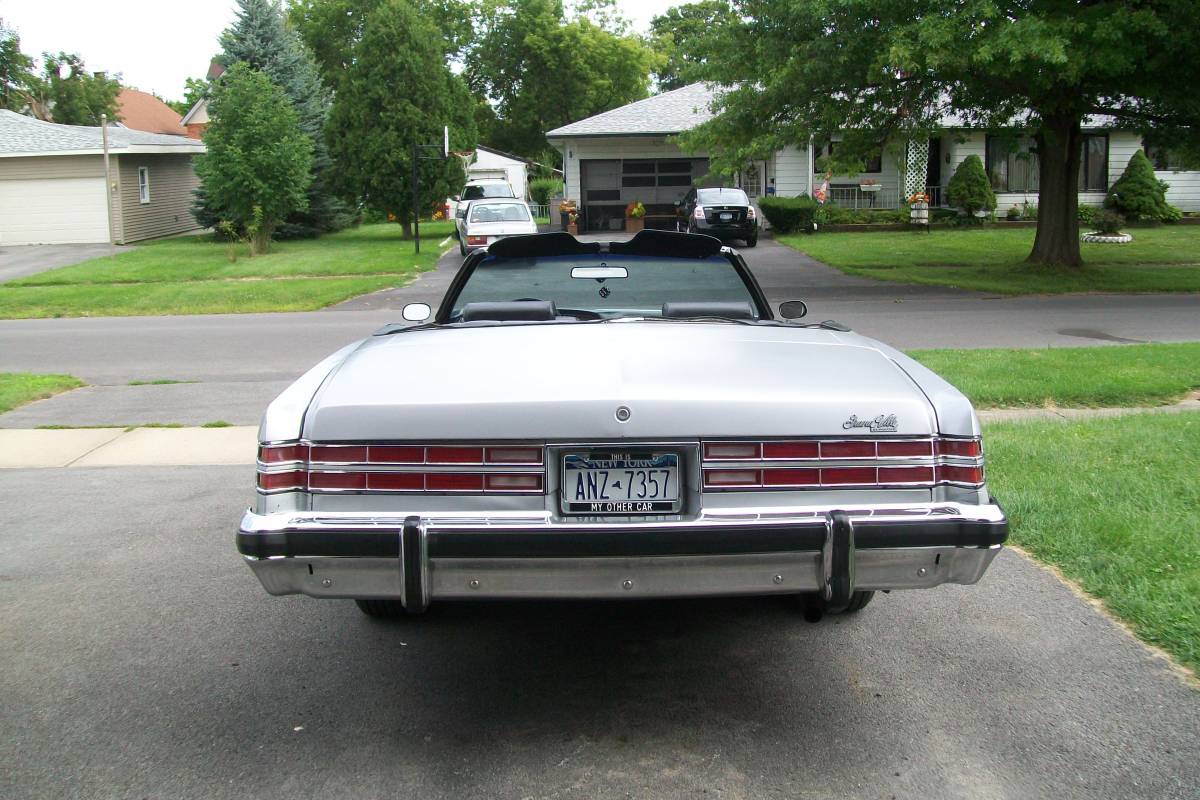 June 11, 2021 Update – We just confirmed the listing for this Pontiac Grandville “Classifind” expired, so with no replacement found we’re assuming this ride “Sold?” While this one got away, please reach out either by email or call Rudy directly if you’d like to be informed when we come across something similar.

As much as we promote the advantages of selling classic rides online, some sellers prefer to only deal with buyers in person.  If you’re a buyer willing to make the trip, especially with a trailer in tow and cash in your pocket, you’ve just increased your chances of scoring a great deal when you signal the buyer you’re that committed.  This 1975 Pontiac Grandville Brougham convertible we came across in May 2021 on Craigslist in Utica, New York is a prime example. Offered at $13,950 or best offer, comparing that price against the Hagerty Insurance Online Valuation Tool confirms the private seller has their Grand Ville priced between this guide’s #3 “Good’ estimate of $9,900 and its #2 “Excellent” appraisal of $17,700.  Similarly, the  Collector Car Market Review Online Tool reveals the private seller’s priced falls between this guide’s #2 “Very Good” estimate of $12,650 and its #1 “Excellent” appraisal of $18,350.

Expecting new federal roll-over crash standards were imminent, 1975 would be the last year for Pontiac to offer a convertible until a resurgence nearly ten years later.  When those standards never materialized, rag top versions of the Firebird and Sunbird thankfully brought back American drop-tops to market, however, they didn’t bring back the cache of a full-size, body-on-frame, land yacht such as the survivor 1975 Pontiac Grand Ville Brougham featured here.

Pontiac produced the full-size Grand Ville as its top-trim model from 1971 through 1975 as they moved the Bonneville downward in the line to replace the discontinued Executive. The Grand Ville was Pontiac’s version of GM’s last full-size B-Body convertibles (Buick Centurion, Chevrolet Caprice, and Oldsmobile Delta 88) launched for the 1971 model year featuring a new “scissor-style” folding top.  Unlike traditional front top arms that fold on top of the middle section, this new design folded inward as it retracted.  This eliminated the need for space behind the rear windows for the top arms to sit.  The key benefit was rear seat should room was the same as the hardtop on these cars.  Alas, the 1973 oil embargo conspired with what was thought to be upcoming Federal roll-over crash standards to see these Land Yachts disappear after the 1975 model year.  Pontiac’s version of the convertible version was only available in the top-of-the-line Brougham trim, which in addition to all power options coming standard, the power came from Pontiac’s 400 cubic inch V8.

Classic cars are only original once and while not specifically called a survivor, the 82K original miles and six-months per year summer driving schedule point towards a lightly used land yacht.

Show or go: what would you do with this Pontiac Grand Ville Convertible?  Comment below and let us know!