by Guys with Rides | Jun 2021 | Classifinds, Free For All Friday 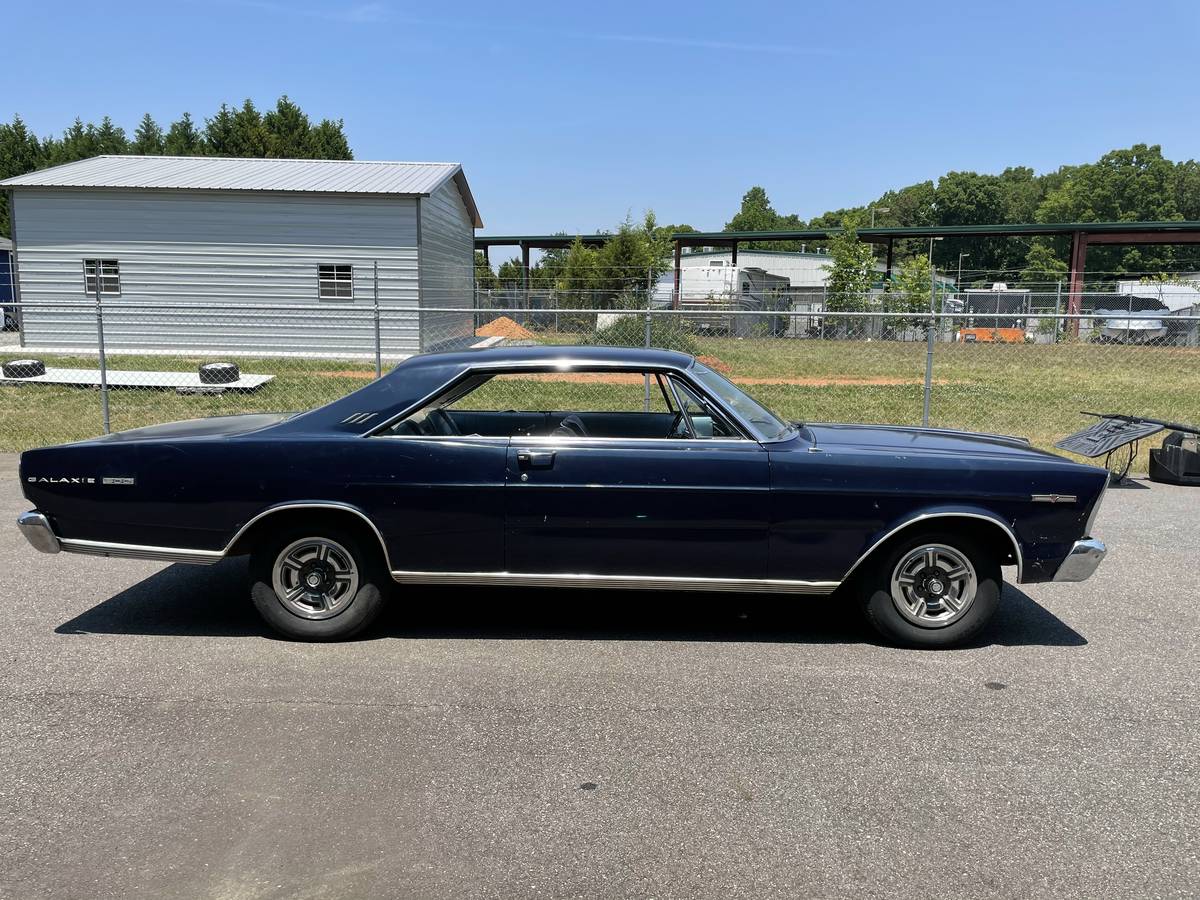 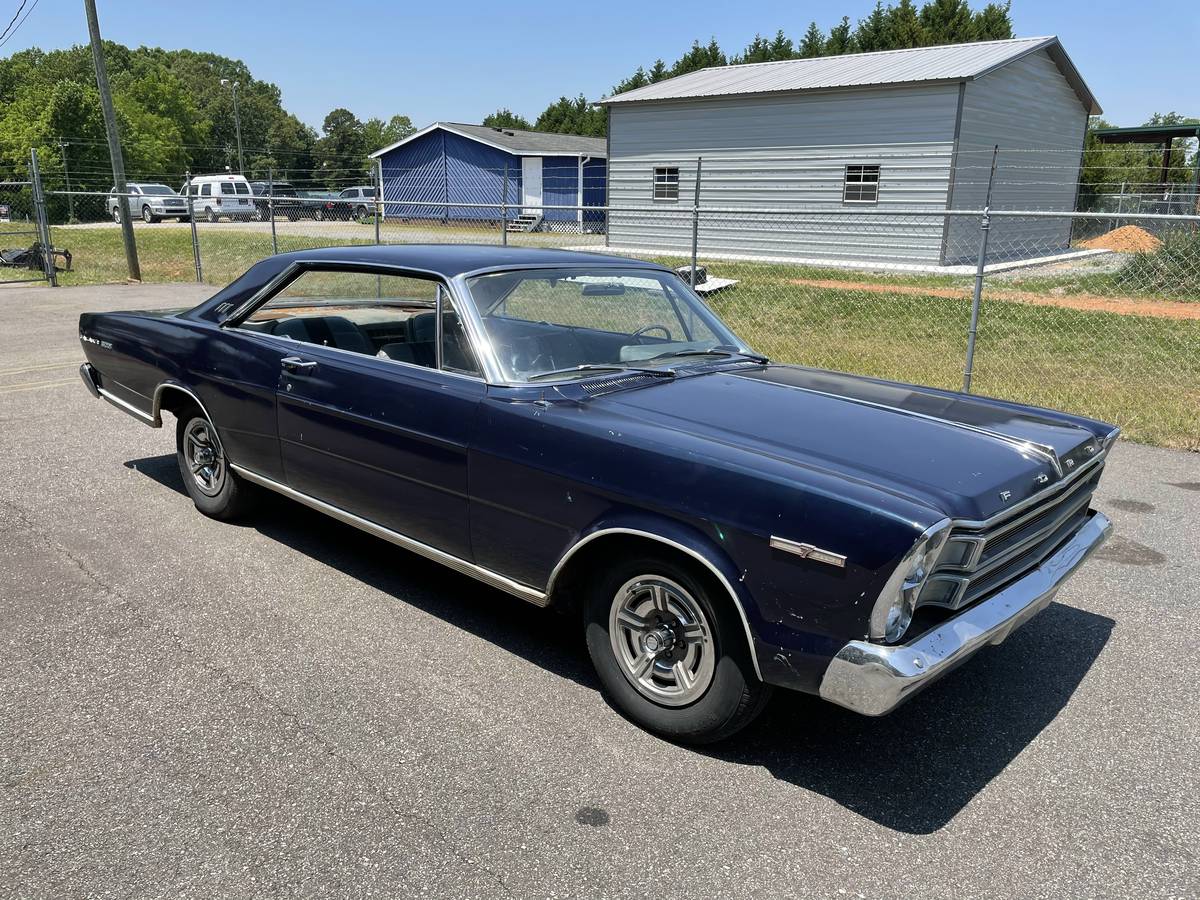 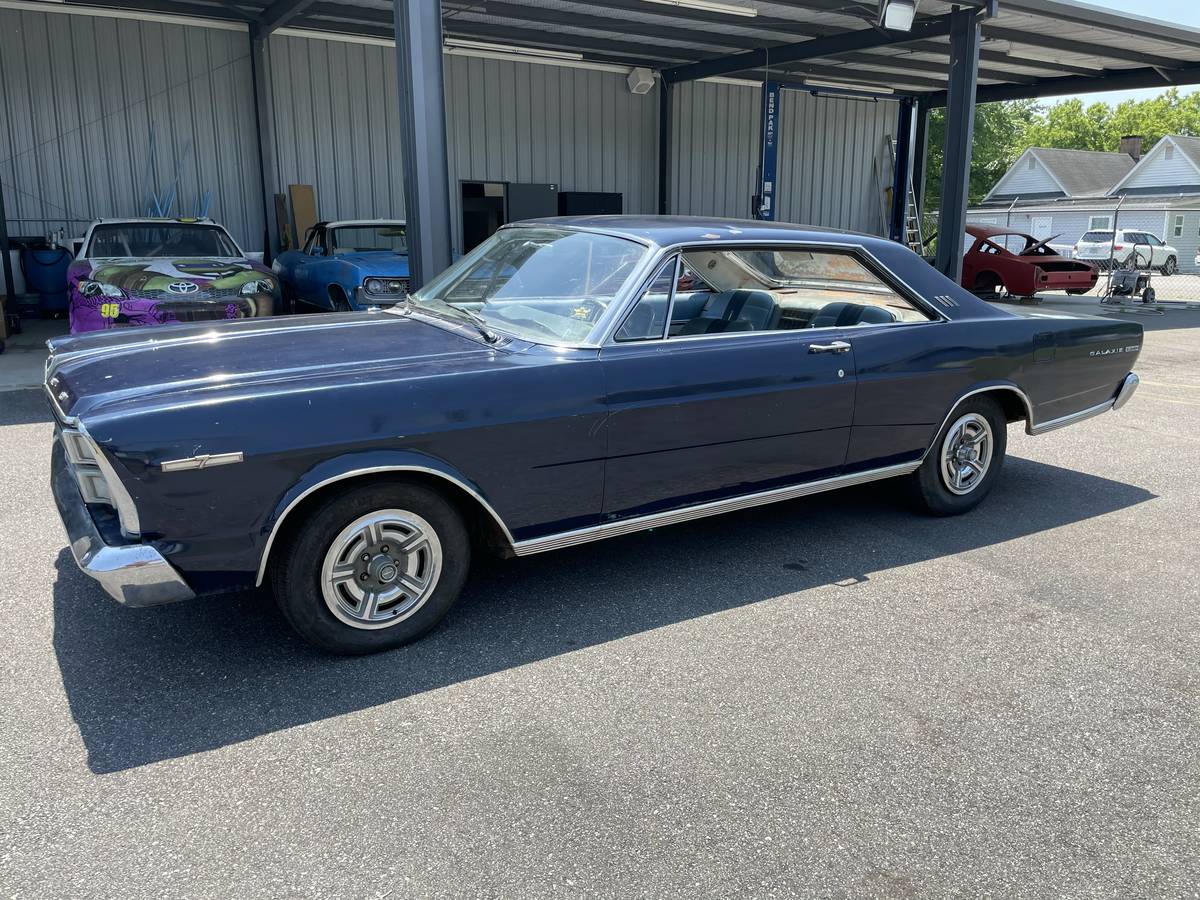 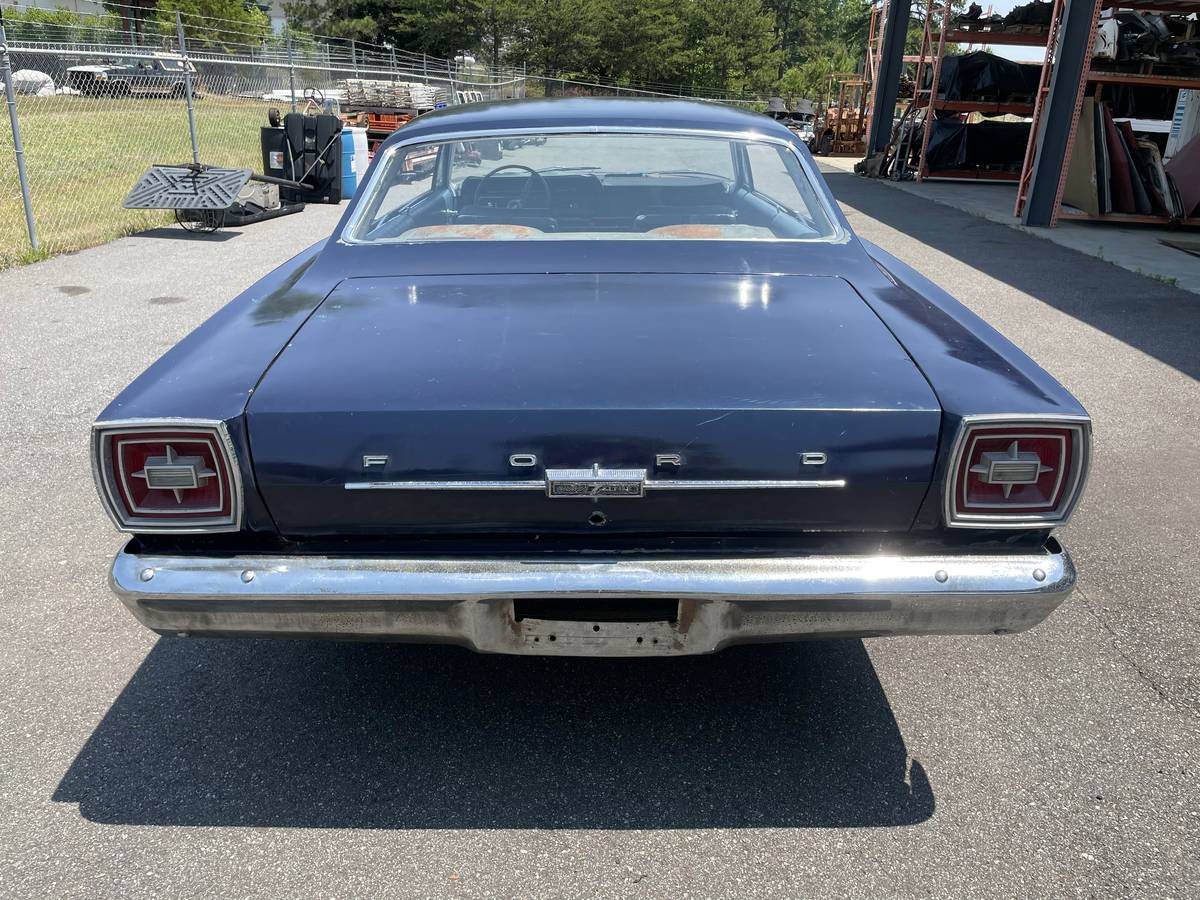 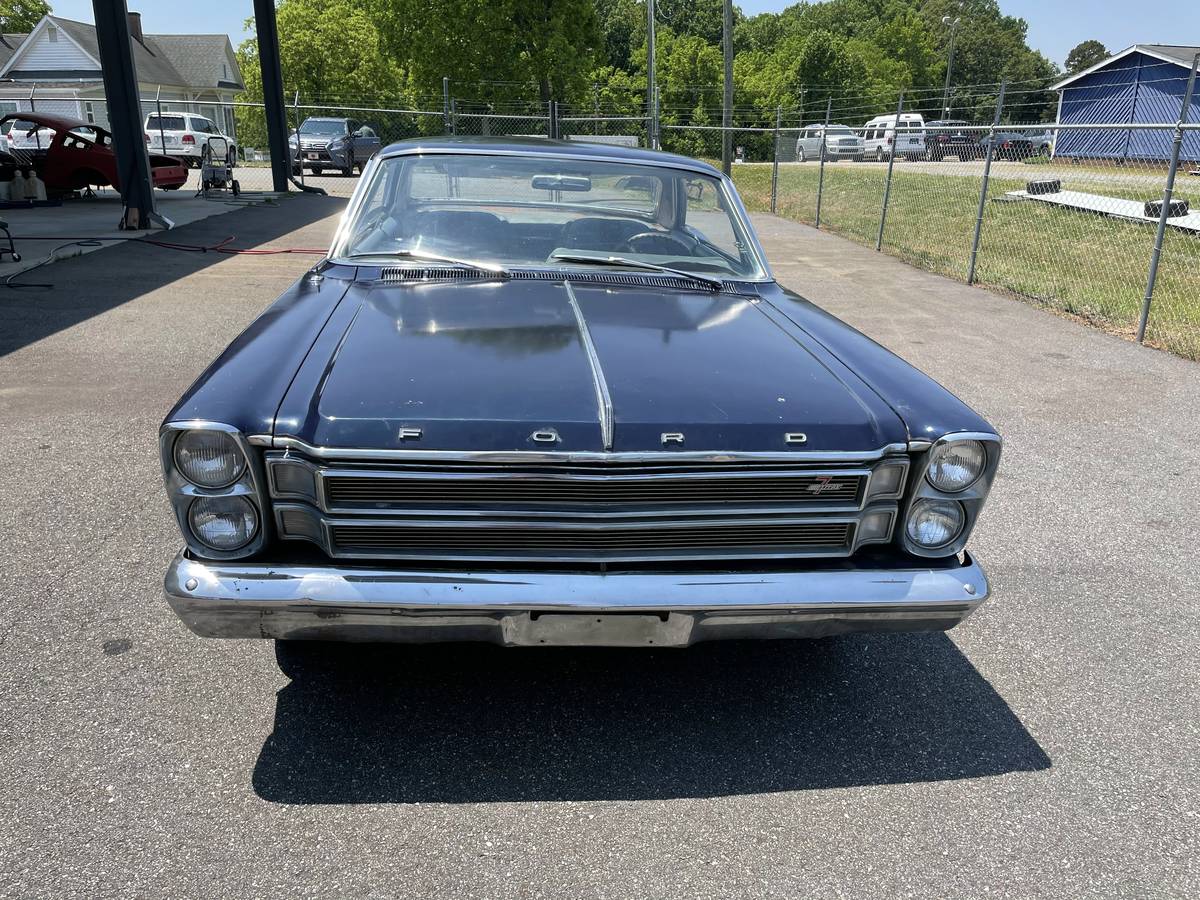 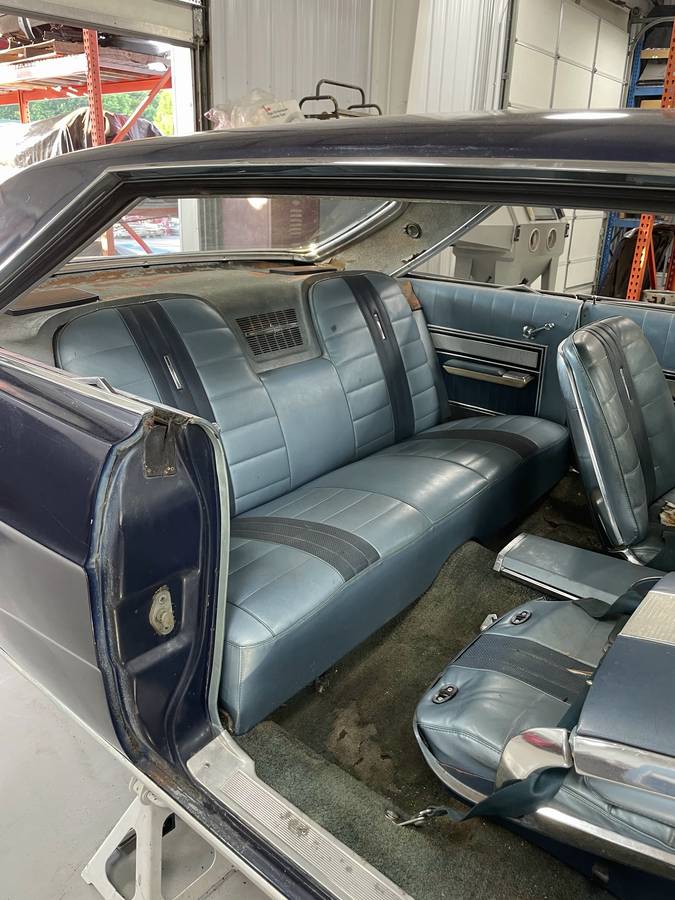 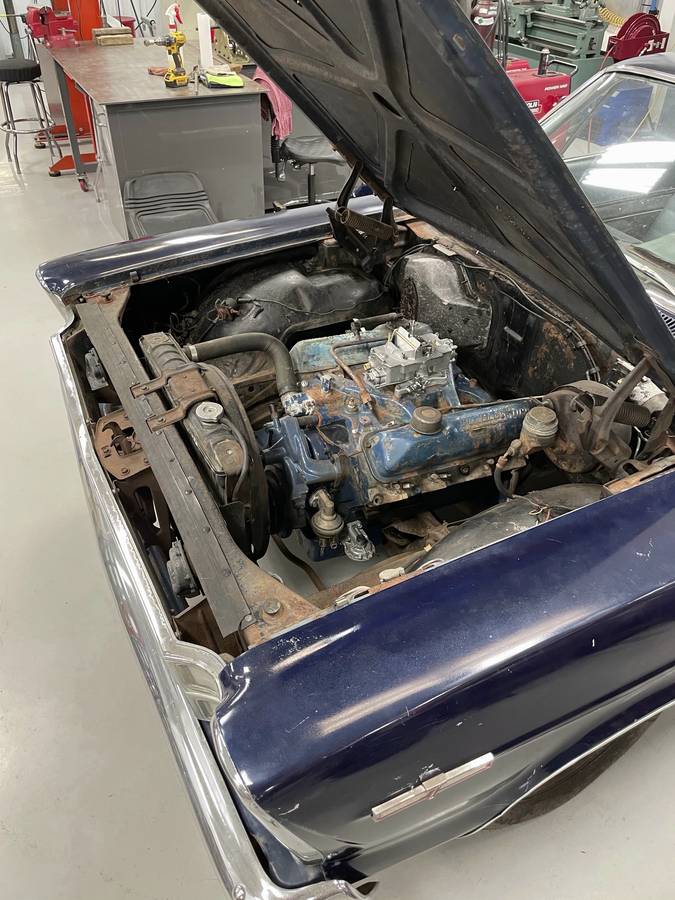 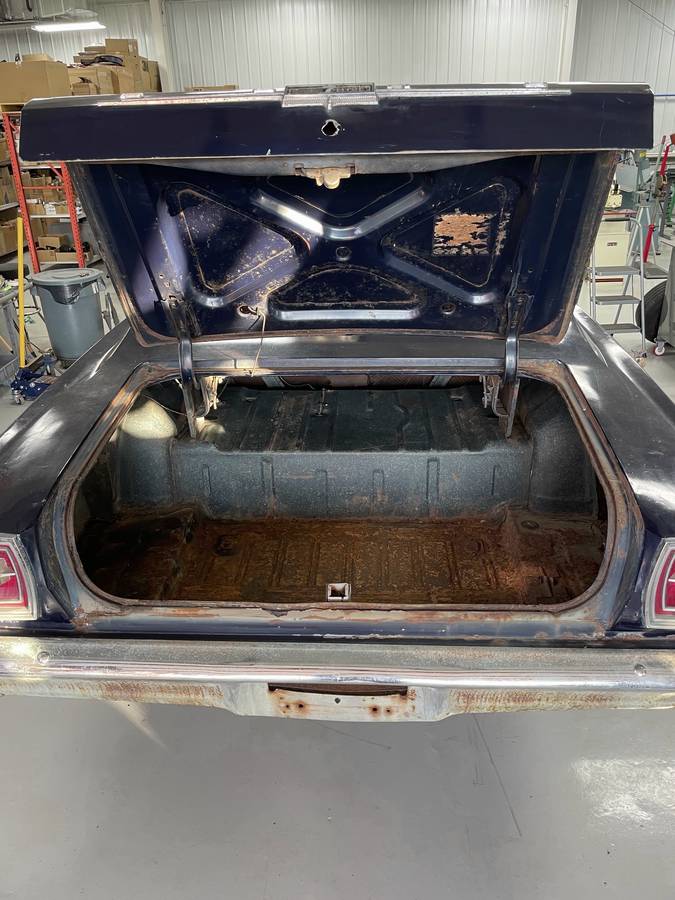 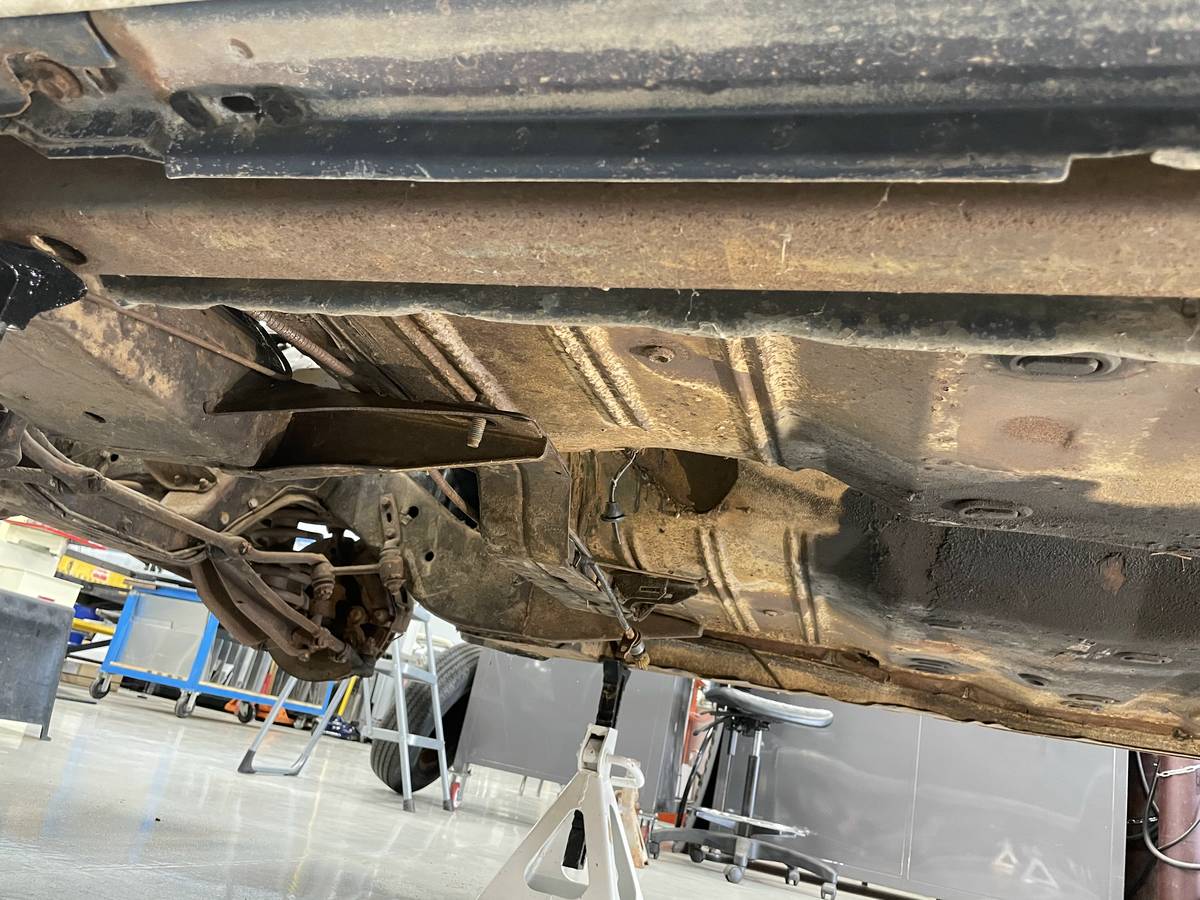 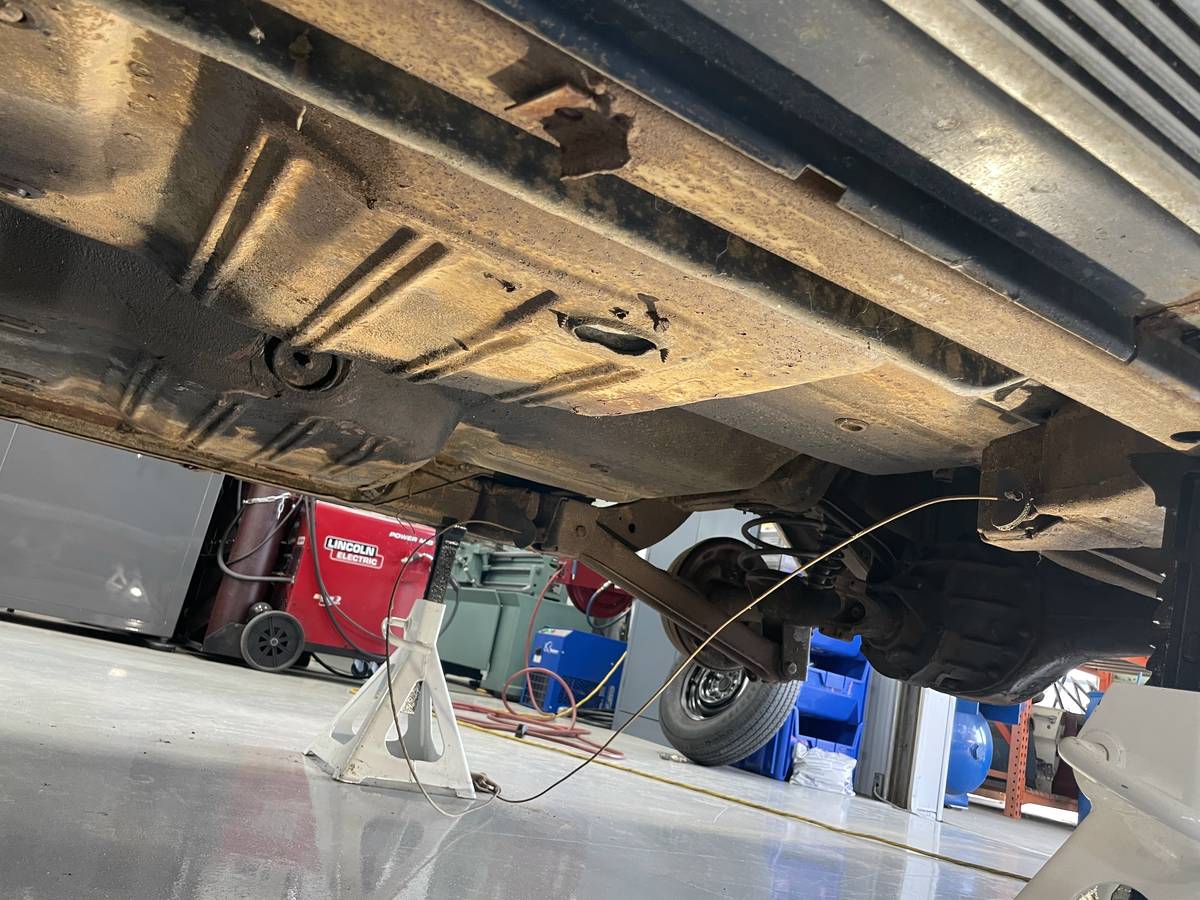 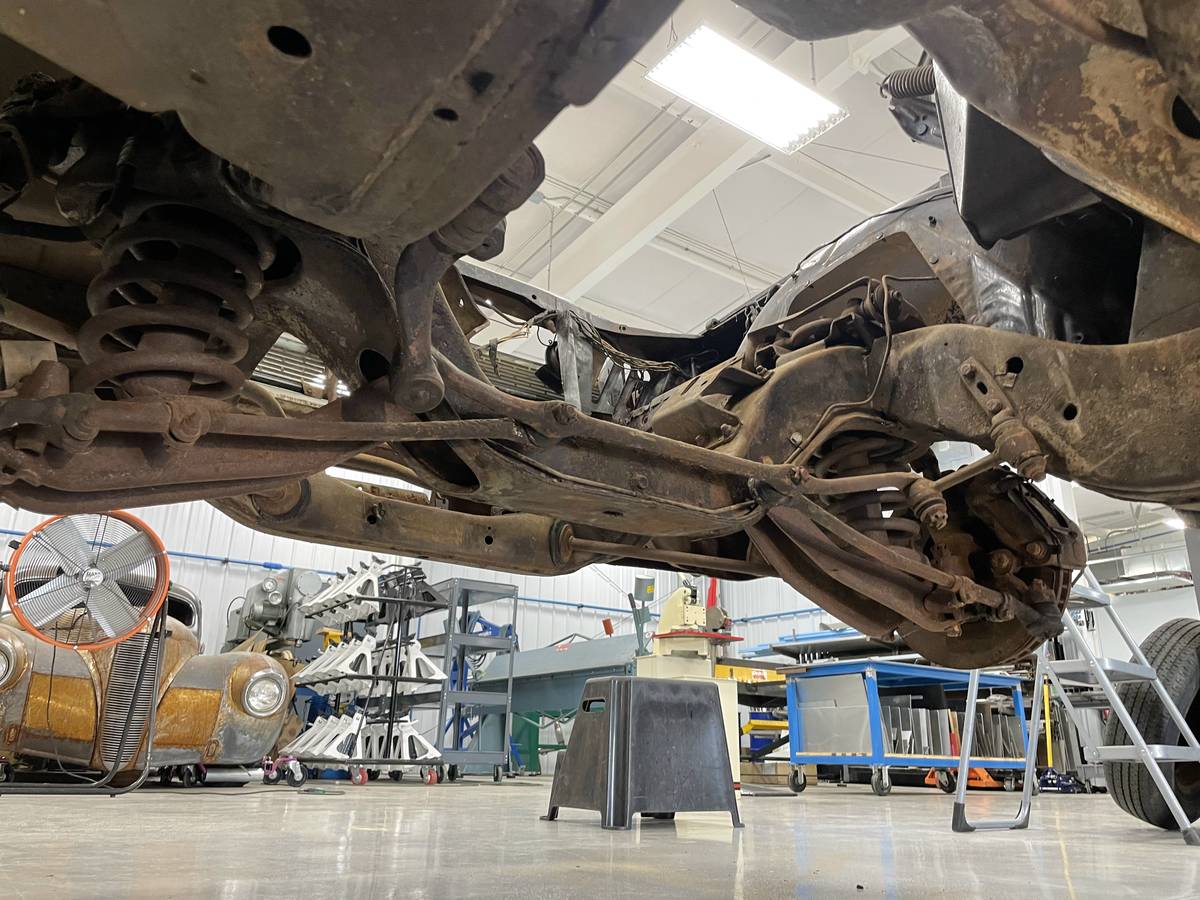 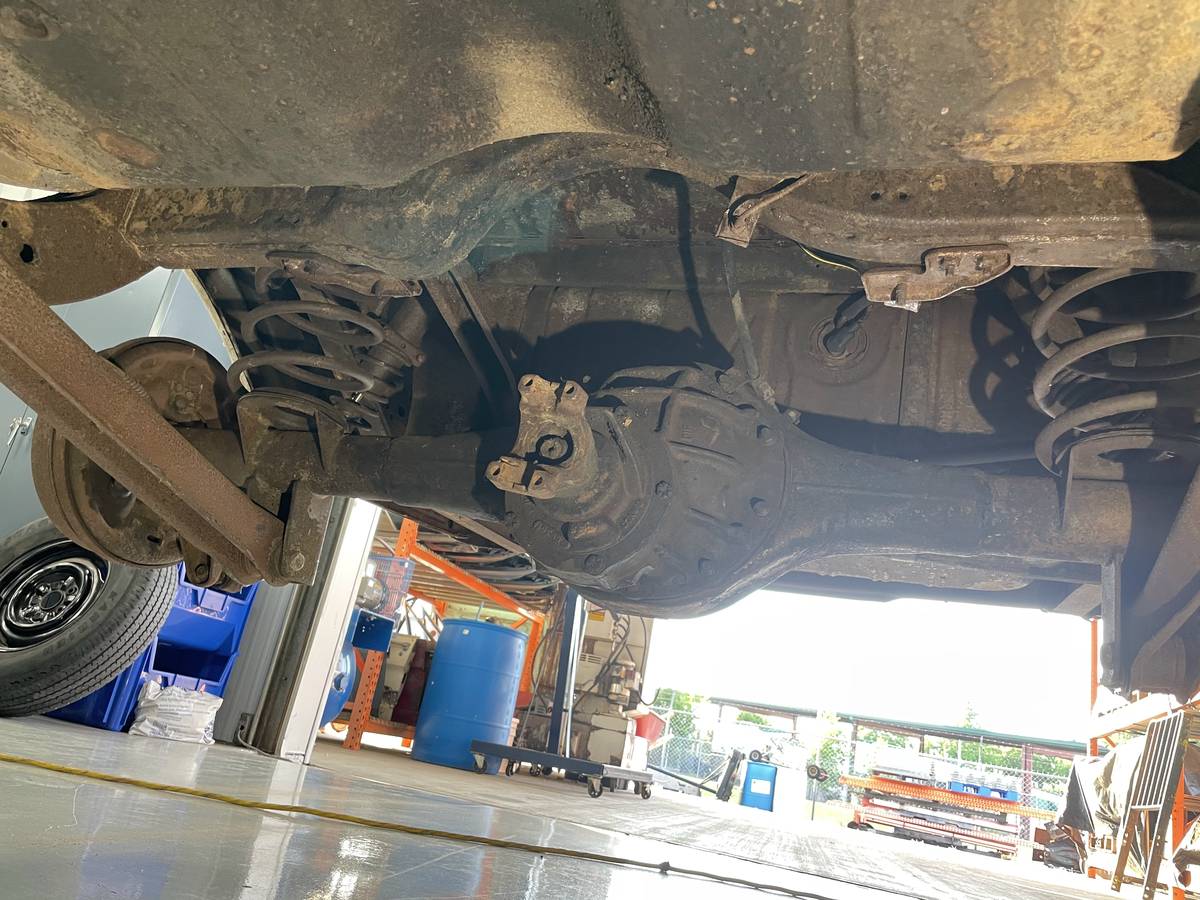 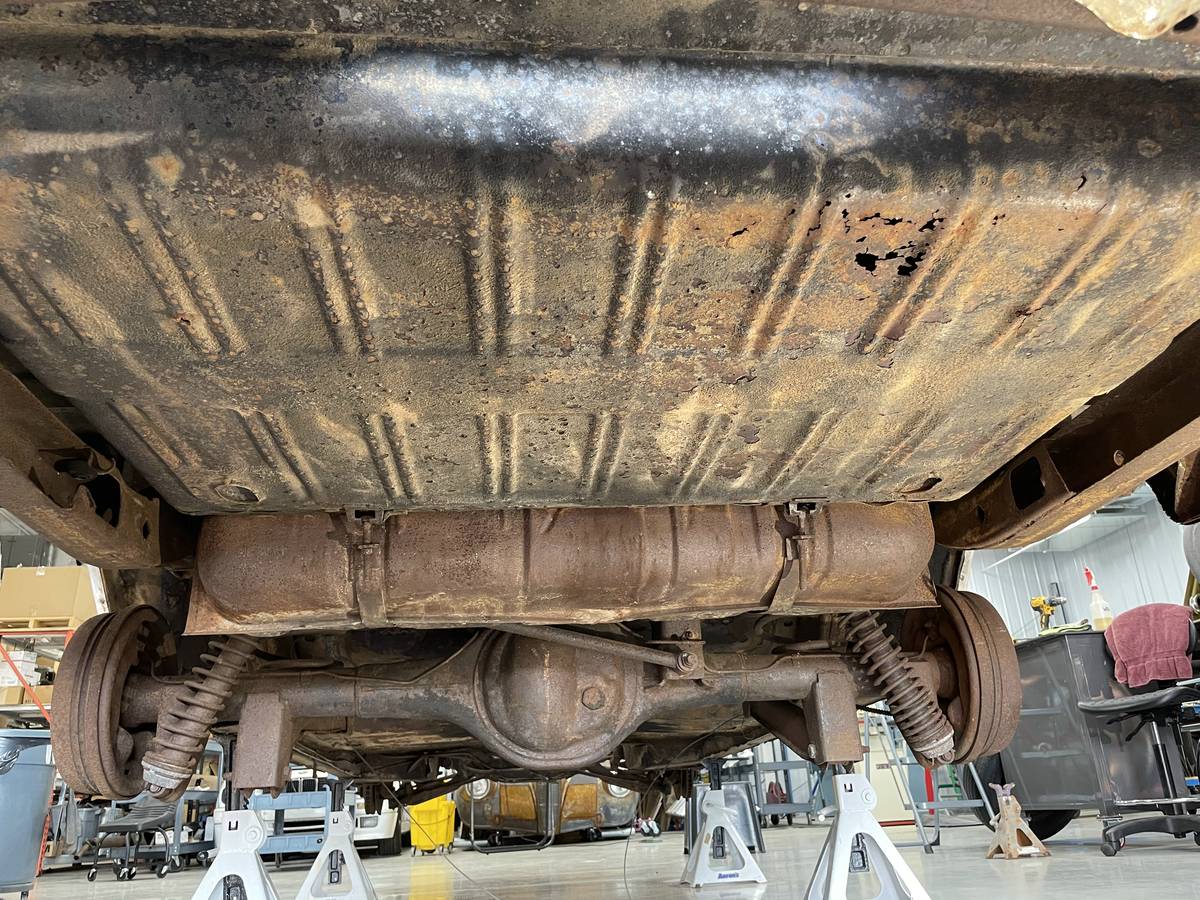 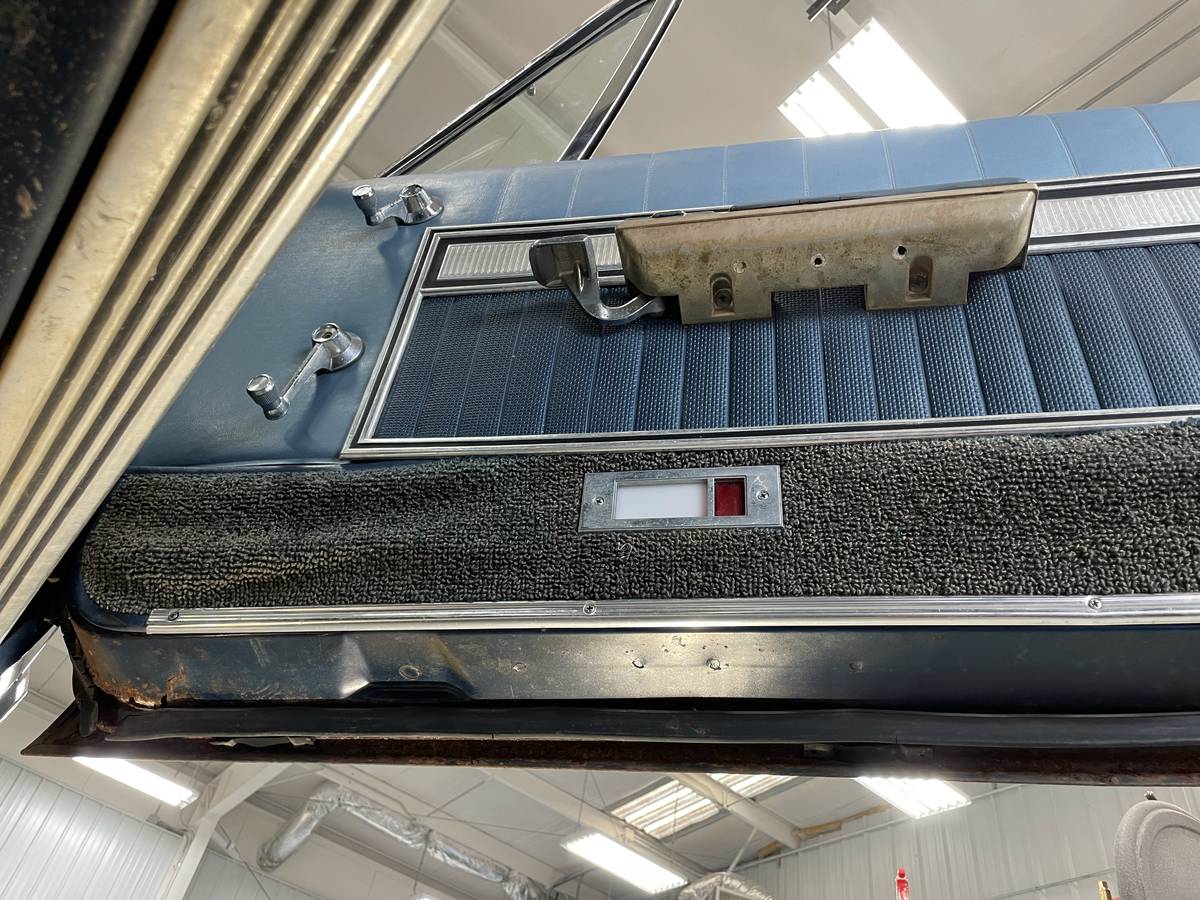 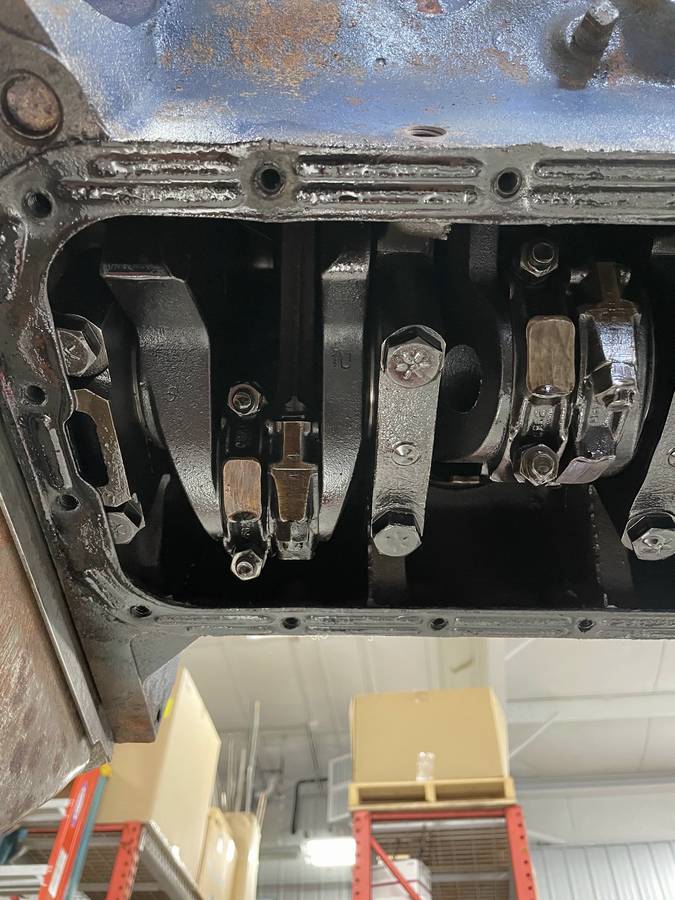 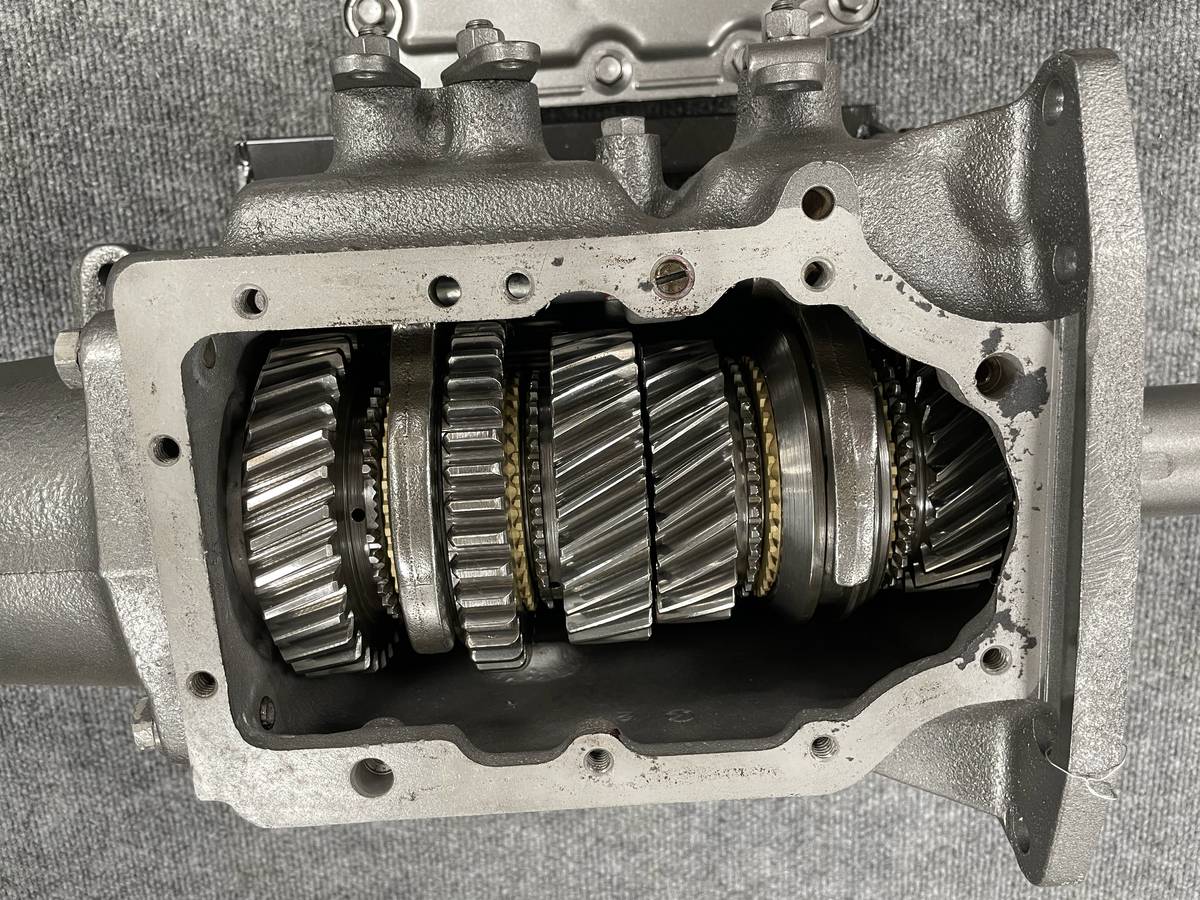 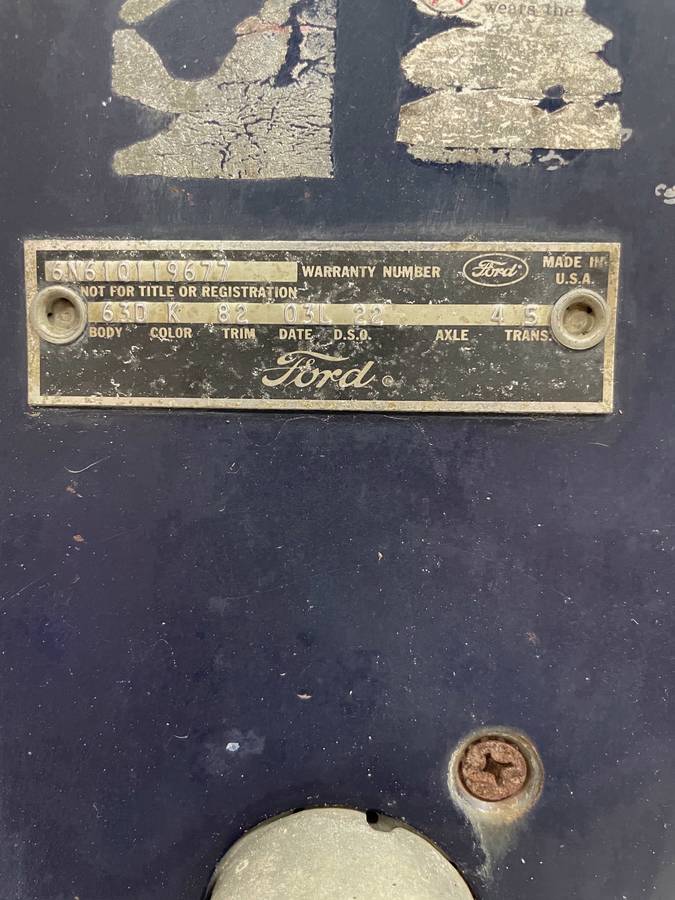 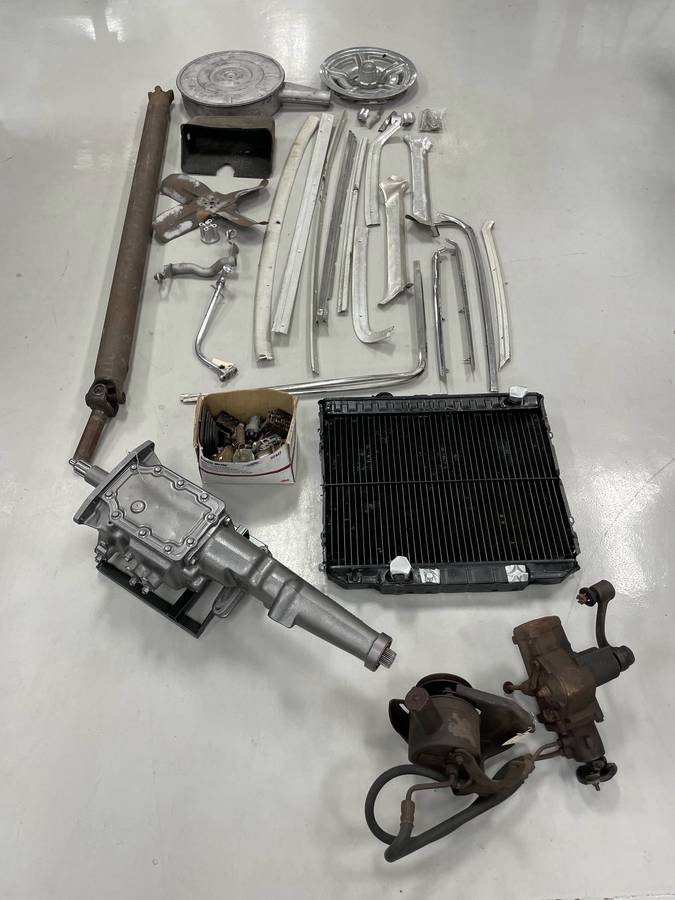 July 4, 2021 Update – We just confirmed the listing for this “Classifind” expired, so with no replacement found we’re assuming this ride “Sold?” While this one got away, please reach out either by email or call us directly if you’d like to be informed when we come across something similar.

Look at classic cars every day to write about and you’ll be surprised how many rides you once never gave a second thought to are now on your ultimate fantasy garage list.  One of the top five falling into this category is a mid-sixties vintage Ford Galaxie 500 7-Litre. These cars were “sleepers” before that was even a thing.  In 1966 Ford introduced a swoopy fastback roofline for the hardtop models and this Nightmist blue project caroriginally listed in May 2021 on Craigslist in Statesville, North Carolina (Charlotte) highlights the look nicely. Offered as a non-numbers-matching project, the current caretaker has it listed for $10,700 currently.  Comparing that price against the Hagerty Insurance Online Valuation Tool confirms the private seller has their Galaxie priced well below this guide’s #4 “Fair” (Daily Driver) estimate of $21,500.

For 1965 Ford’s Galaxie was an all-new design, featuring vertically stacked dual headlights. The cars were taller and bulkier than the previous year’s. The new top-of-the-line designation was the Galaxie 500 LTD and Galaxie 500 XL. The LTD and the XL trim package were accessory upgrades from the base Galaxie model. Engine choices were the same as 1964, except for an all-new 240 cubic inch six-cylinder engine replacing the 1950s-era 223 “Mileage-Maker” six. the 352 cubic inch V8 was now equipped with dual exhausts and a four-barrel carburetor.

Ford engineers redesigned the suspension on the 1965 models primarily by replacing the leaf-spring rear suspension with a new three-link coil spring system.  Interiors featured a new instrument panel, as well as two-way key vehicle access: the introduction of two keys was for valet parking, where the rounded head key would only open the trunk or locked glove compartment, while the squared head key would only unlock the doors and the ignition.

A new model was introduced for 1966; the Galaxie 500 7 Litre, fitted with a new engine, the 345 hp 428 cu in (7.0 Liter) Thunderbird V8. This engine was also available on the Ford Thunderbird and the Mercury S-55. The police versions received a 360 hp version of the 428 known as the ‘Police Interceptor’ as police cars. Fun fact: the 1966 body style was introduced in Brazil (Ford do Brasil) as a 1967 model; it had the same external dimensions throughout its lifetime until Brazilian production ended in 1983. Safety regulations for 1966 required seat belts front and rear on all new cars sold domestically.

While the original power train is long gone, the current caretaker has taken great strides to piece together a properly date-coded power train that can form the basis of a nice restoration.

“This is a 1966 Galaxie 7-Litre Q code, 4 speed toploader car that I purchased in an estate sale. I was planning to restore this car but have decided to sell it in order to be able to concentrate my time on some other cars. The vin is 6N61Q119677 built November 3 and it has a clean NC title. The car is Nightmist blue with blue vinyl interior and has bucket seats. There was no engine or trans in the car when I got it but I have since installed a numbers matching 428 short block C6ME-A, 6G8 date code (July 8) that spins over freely along with matching heads C6AE-R, 6A11 and 6B18 date codes (Jan.11 and Feb. 1) and intake manifold C6AE-G, 6K6 (Oct. 6). The engine needs to be gone through and rebuilt and it also needs some of the accessories added to it that are missing. There is also a completely rebuilt 4 speed toploader close ratio transmission C5AR-D ready to go in the car. It does not have a shifter box or rods although I do have the original shifter handle. The rear gear ratio is 3.25. The body looks fine but the car has also been repainted so not sure what condition the metal was in. A magnet check around the body only really showed any significant bondo in the LR quarter panel above the wheel opening. There is some decay in the battery tray area, rear floor pans, trunk floor pan, and bottom of doors. (see pics). The interior is original and in decent condition with the driver’s seat cover and headliner being the worse. The car has all of the original suspension and brake systems still intact. The odometer reading is 97099. There are some extra parts that go with the car. Assorted moldings, an extra radiator, a power steering box and pump, and a box of assorted small parts. This car would make a very good and reasonable restoration project.“

Restore or Restomod: what would you do with this Ford Galaxie 7-Litre?  Comment below and let us know!