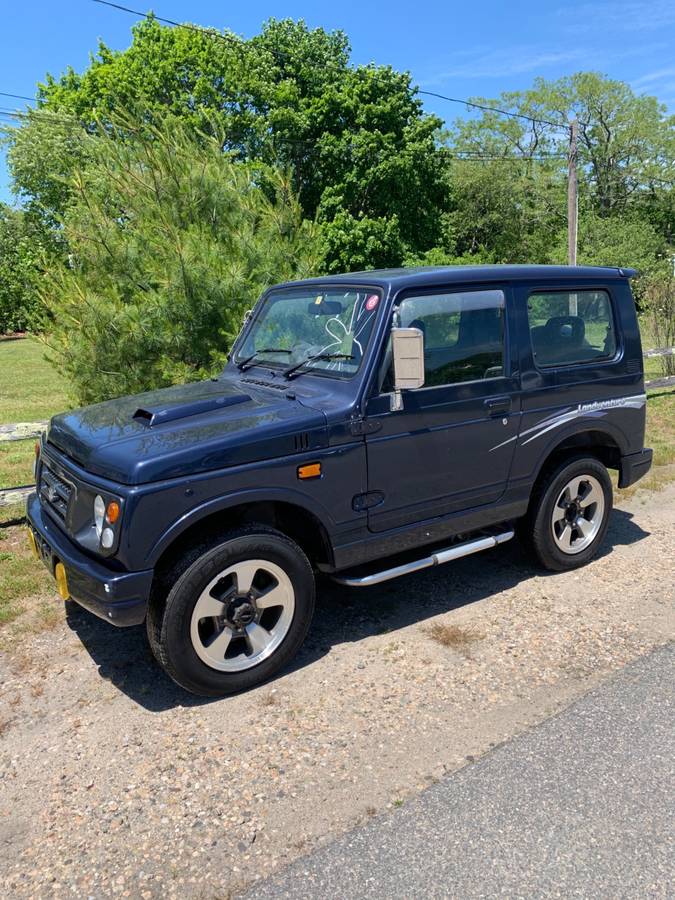 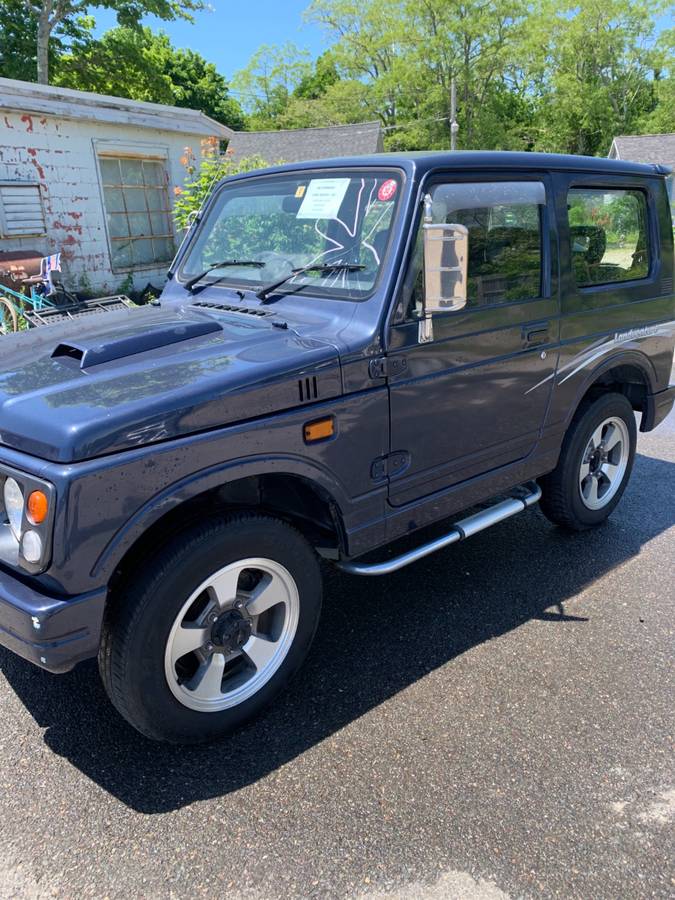 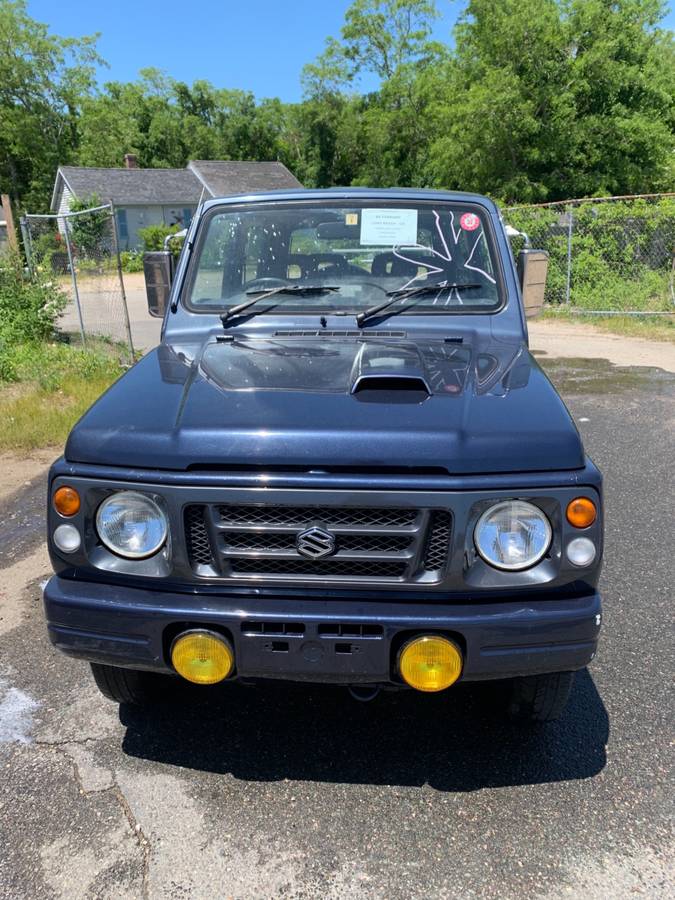 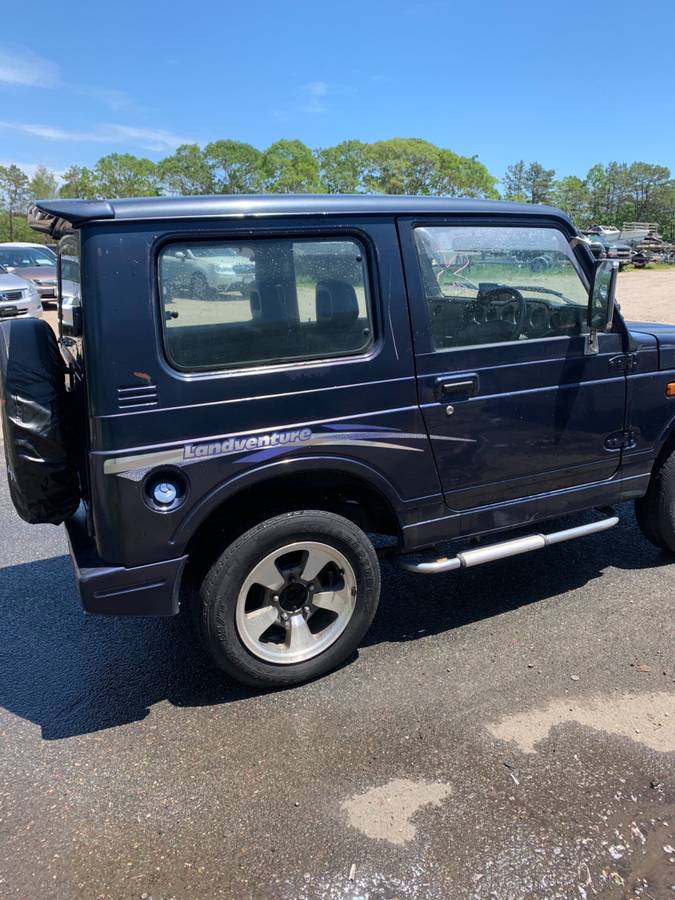 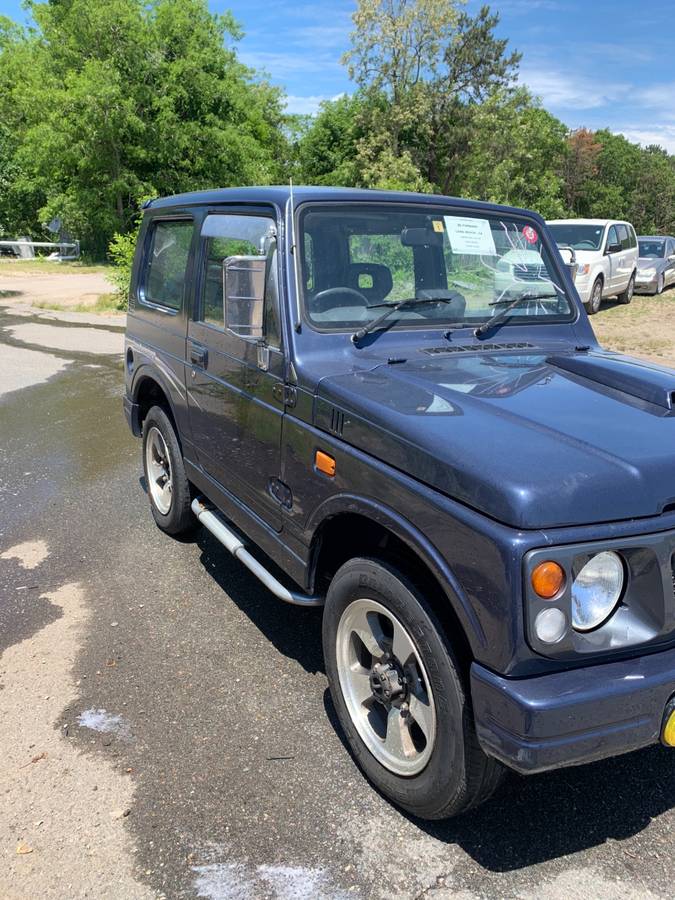 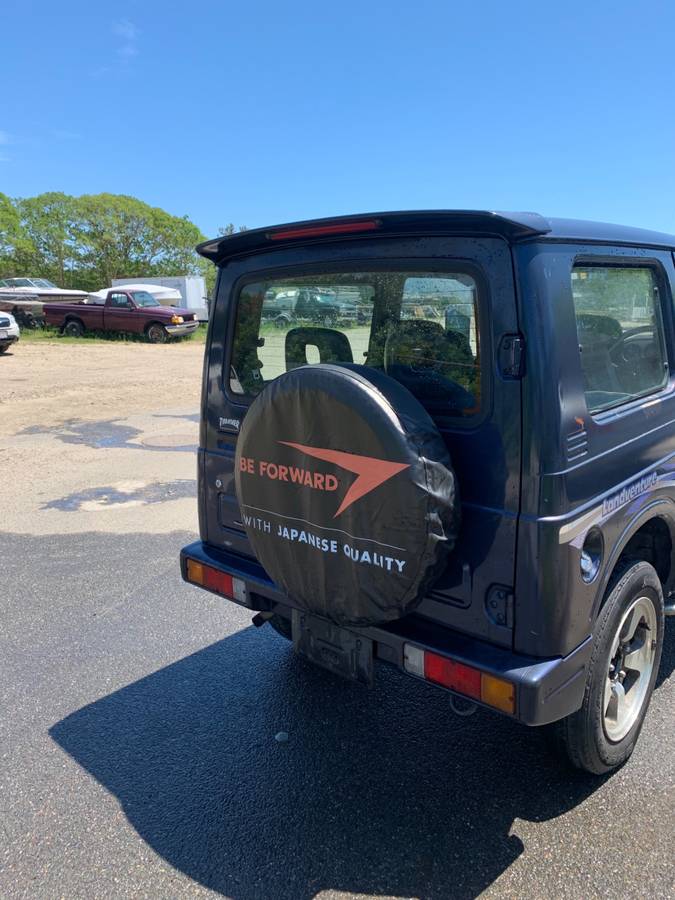 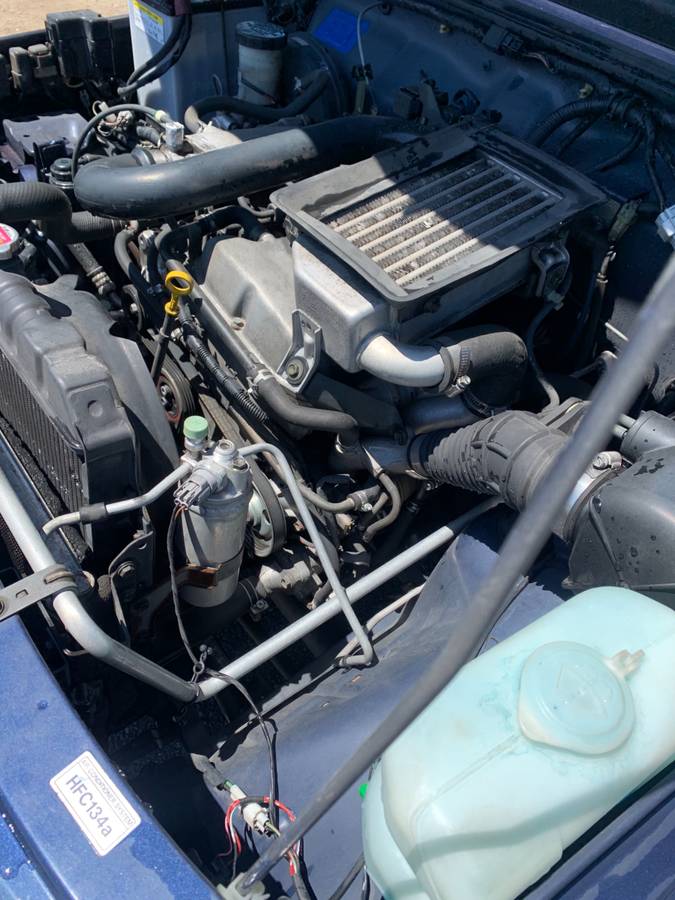 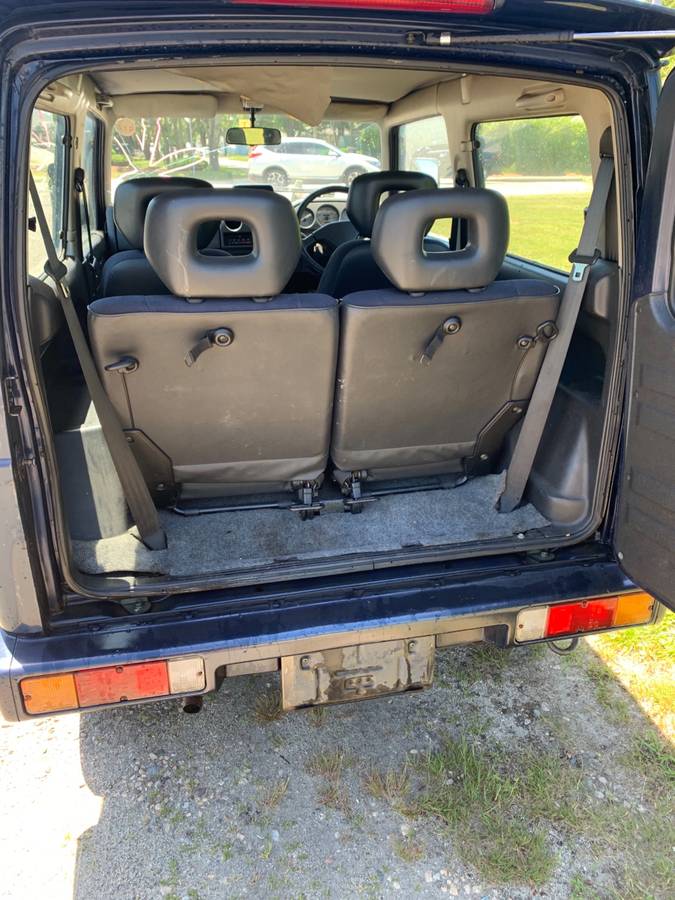 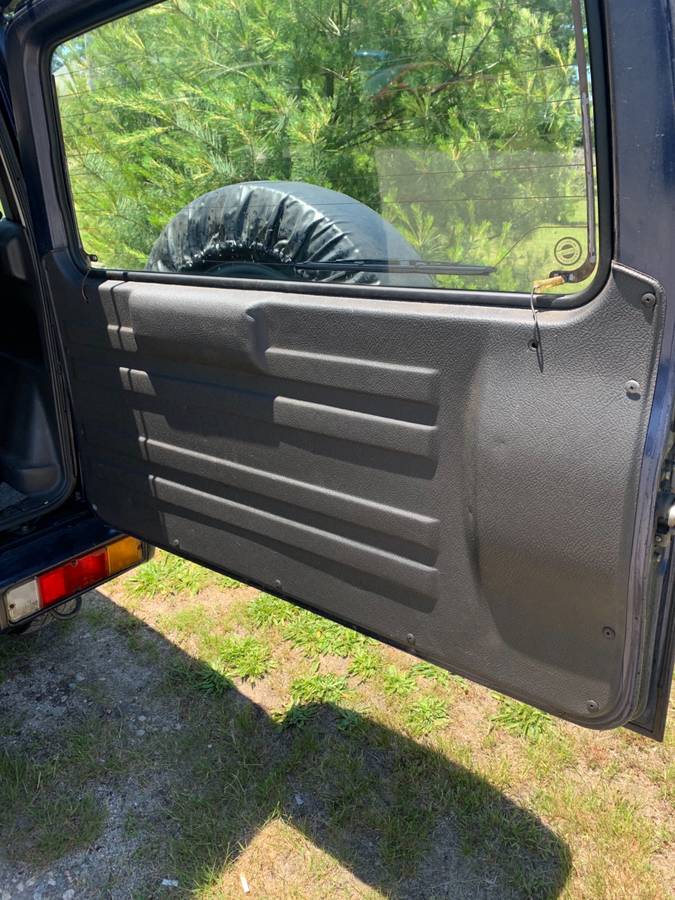 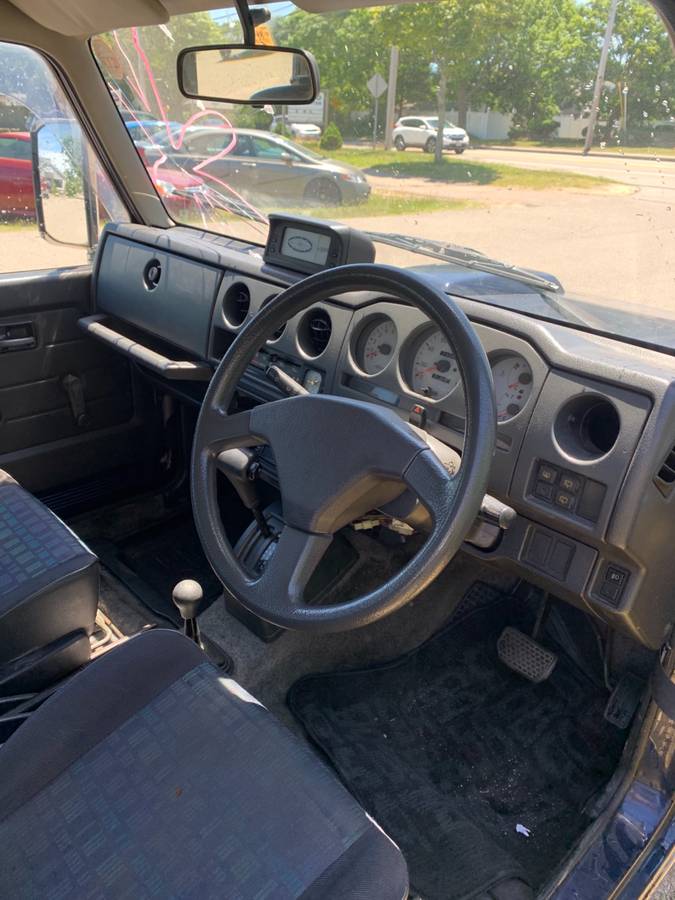 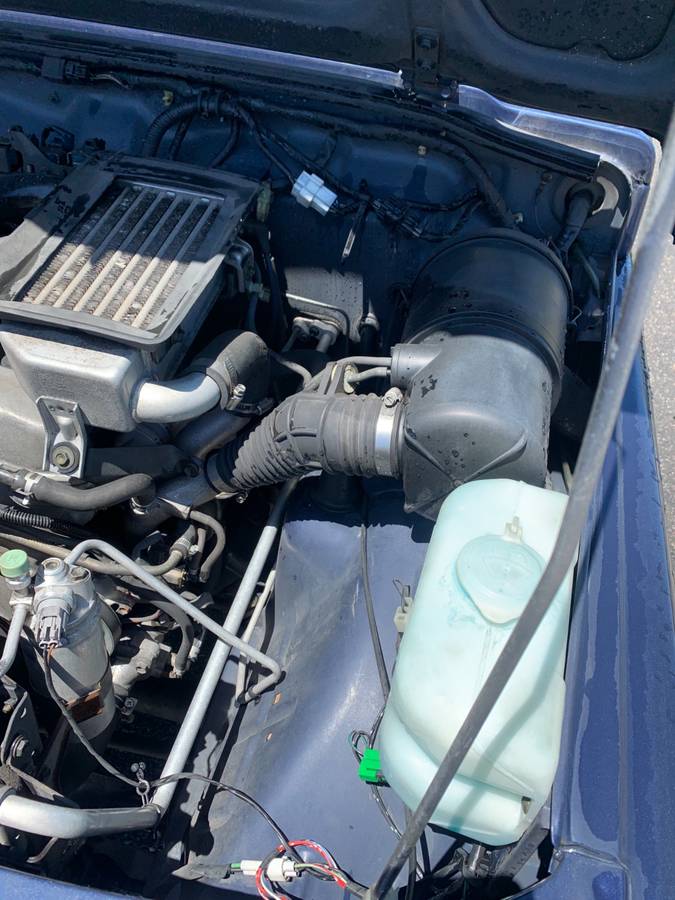 Better known as the Samurai in North America, sales of Suzuki’s durable and capable SJ40 were nearly non-existent.  Combine that with an improved turbocharged and inter-cooled engine available in the home market for 1990 and it’s easy to understand why right-hand-drive, JDM versions known as the Jimny such as this 1996 two-door example currently originally listed in June 2021 on Craigslist in East Falmouth, Massachusetts (Boston) are now being imported into the U.S.  The current caretaker of this example claims it achieves fifty miles per gallon and is currently offering it for $8,900.

In 1985, Suzuki made the bold move to launch its SJ-Series Samurai in the United States for the 1986 model year. Priced at $6,200, it was $2,500 less than a comparable Jeep Wrangler.  This price advantage helped Suzuki move 47,000 units that first year and by 1987 was actually outselling the Jeep by nearly double.  While only equipped with a 1.3 liter, 63 horsepower inline four-cylinder engine, the Samurai’s lightweight made up for it. The off-road community respected the Samurai as a real 4WD vehicle equipped with a low range, two-speed transfer case. Its lightness makes it a very nimble off-roader less prone to sinking in the softer ground than heavier vehicles.  The three-year success story ended in 1988 when Consumer Reports published dramatic photos and videos of the Suzuki tipping up onto an outrigger-equipped example to replicate a rollover one of its employees encountered in real life. By the end of 1988 sales plummeted by 70 percent compared to the prior year.

With U.S. sales falling off a cliff (pun intended), Suzuki did not import the new JA11 as new Kei category regulations took effect in Japan. Now with 657 cc of engine displacement, the otherwise similar turbocharged F6A engine now came with an intercooler and produced 54 brake horsepower. The suspension was also upgraded, while a longer front bumper meant that the fog lights could be mounted in front of the grille rather than in it.

If you dare to be different out on the trails and need to do it on the cheap, this Jimny makes a compelling alternative to the sea of Wranglers you’ll come across.

Do you have a Suzuki Samurai story to share?  If so, comment below and let us know!